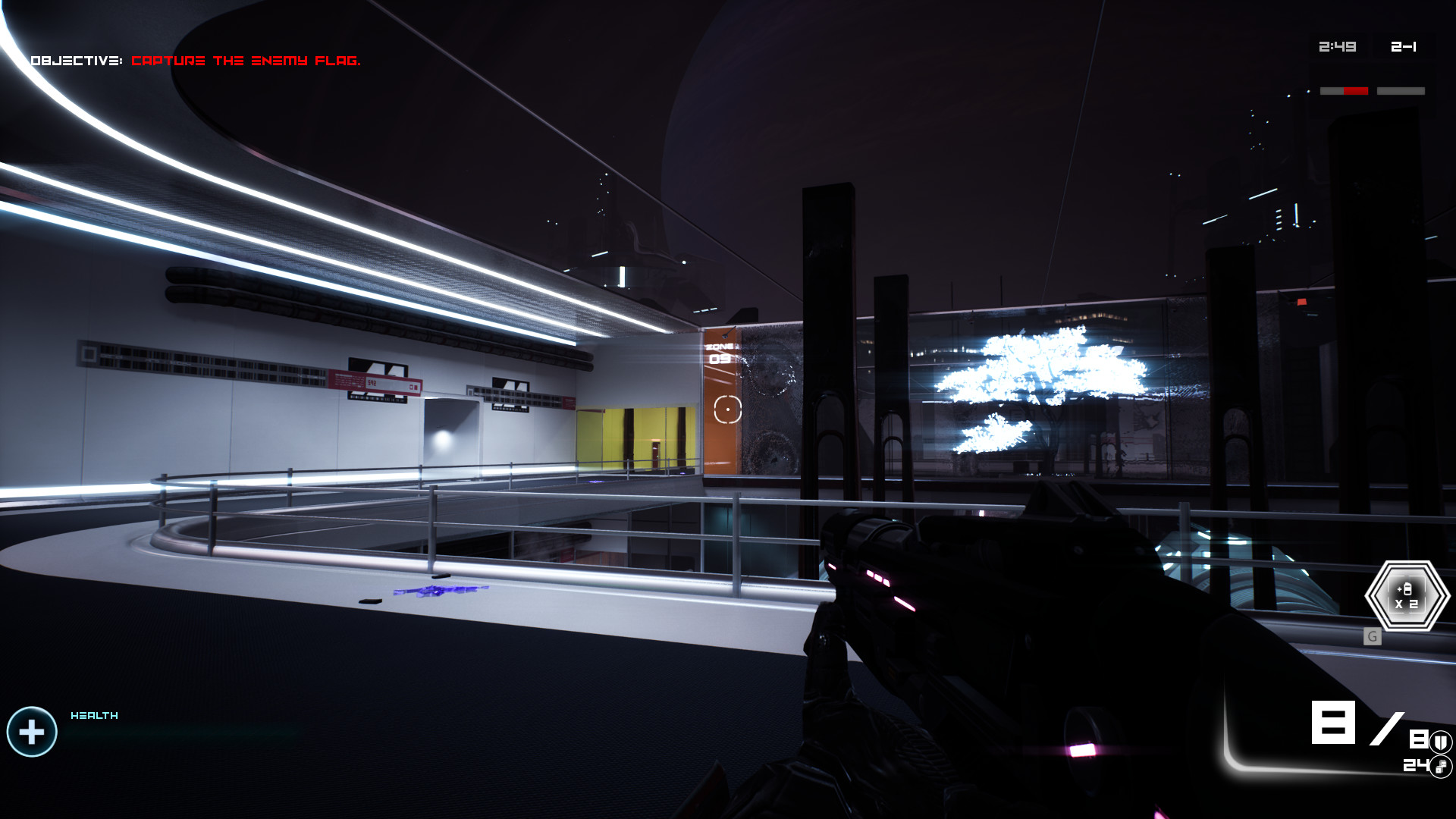 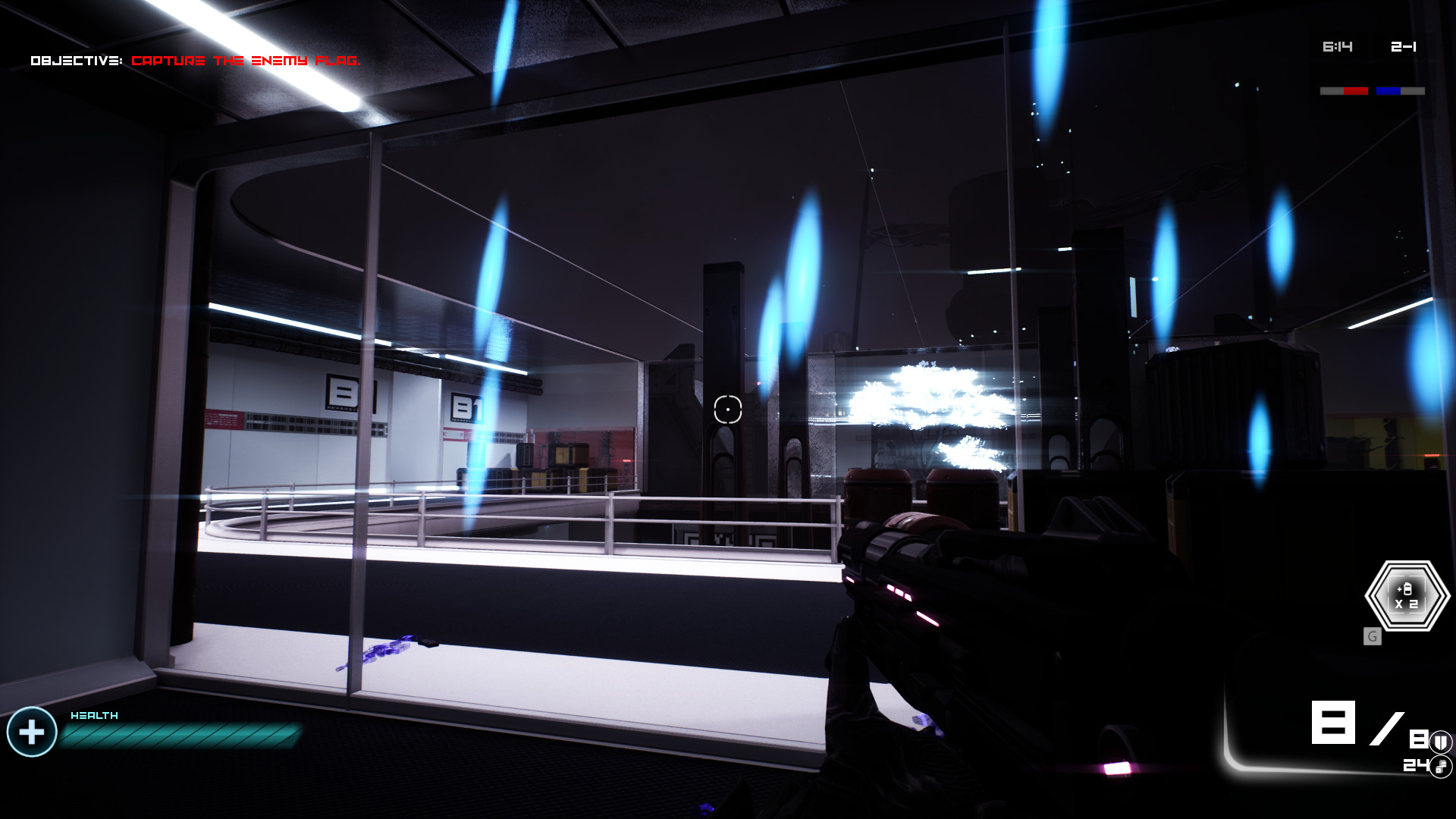 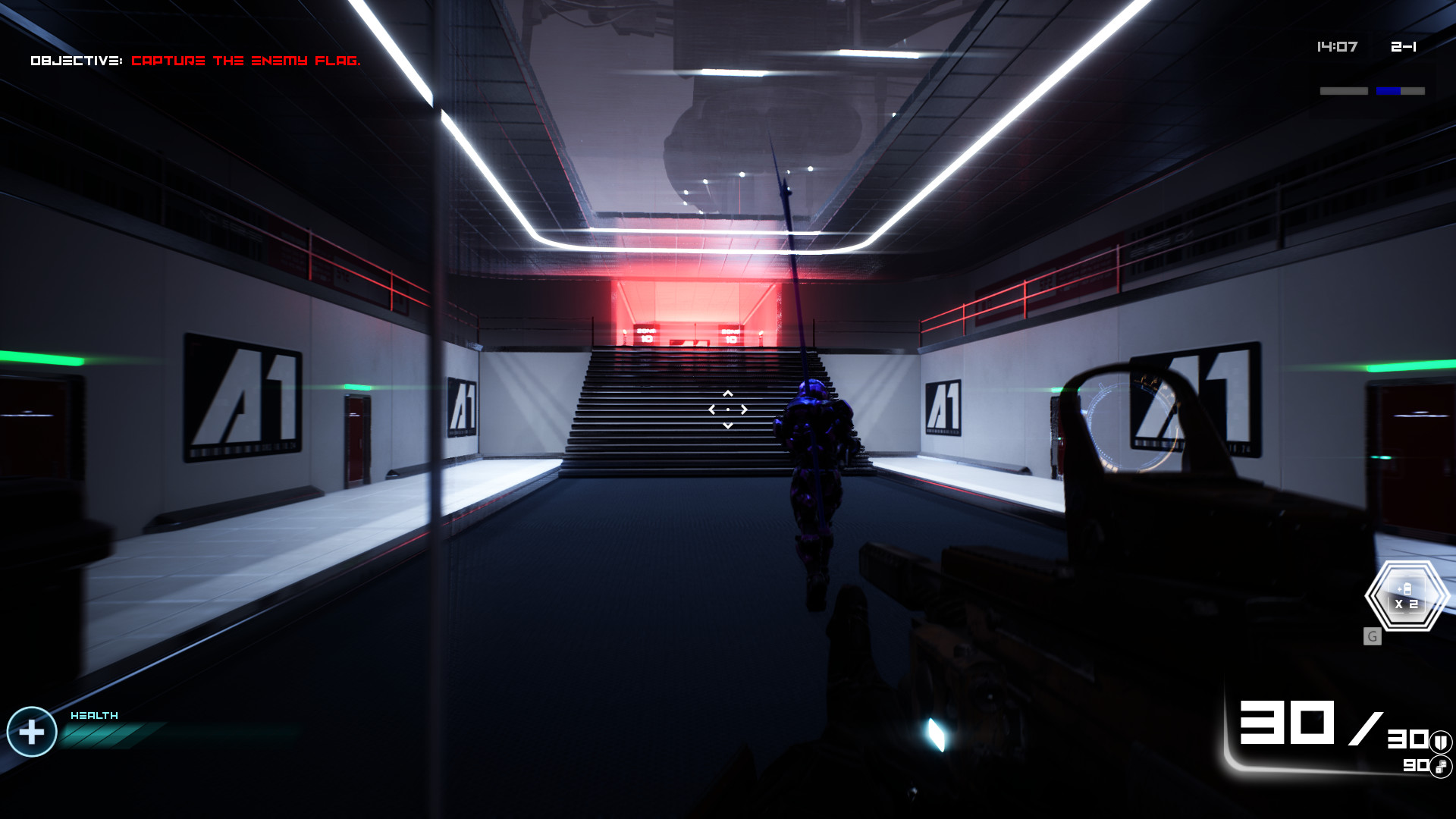 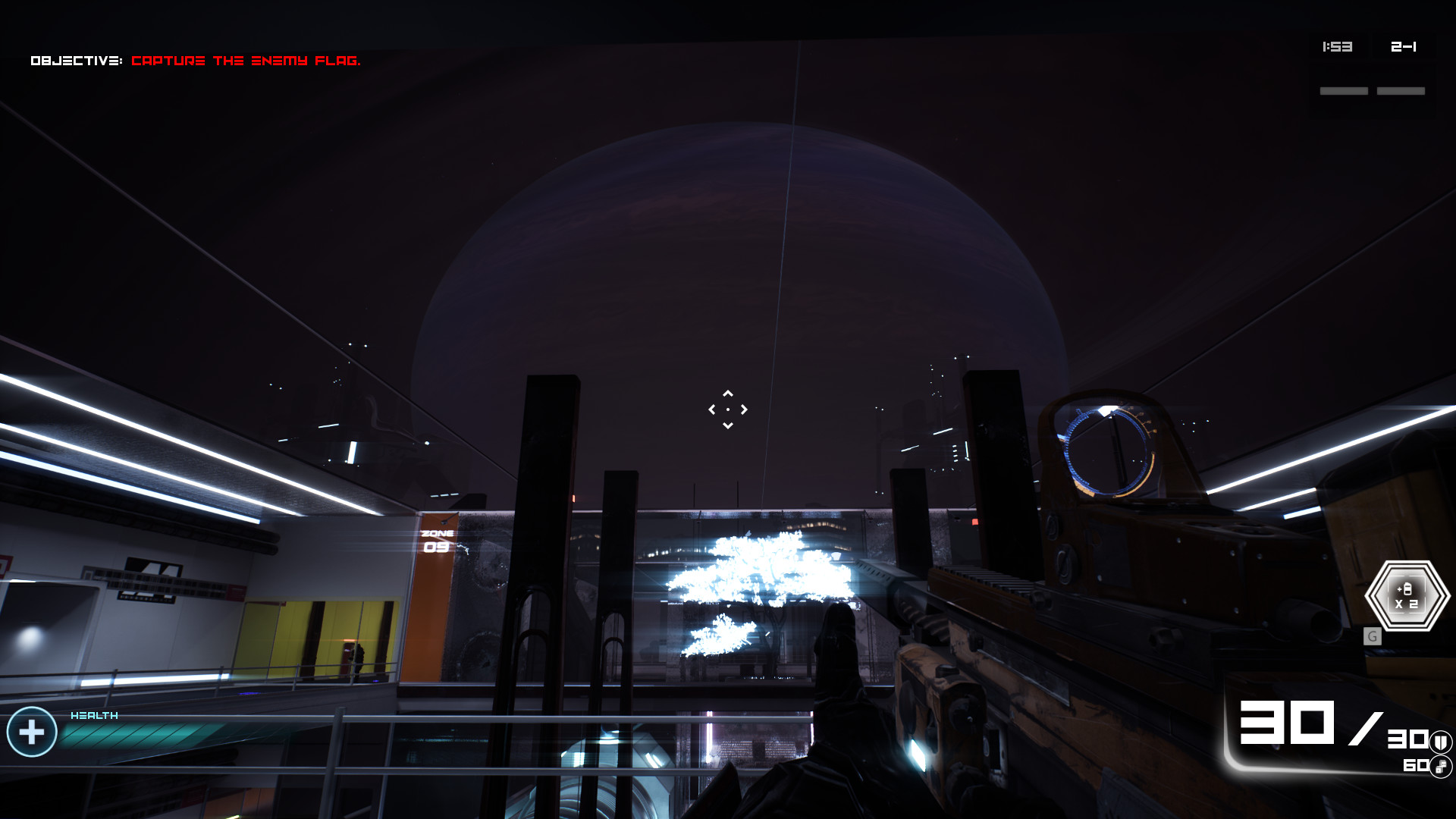 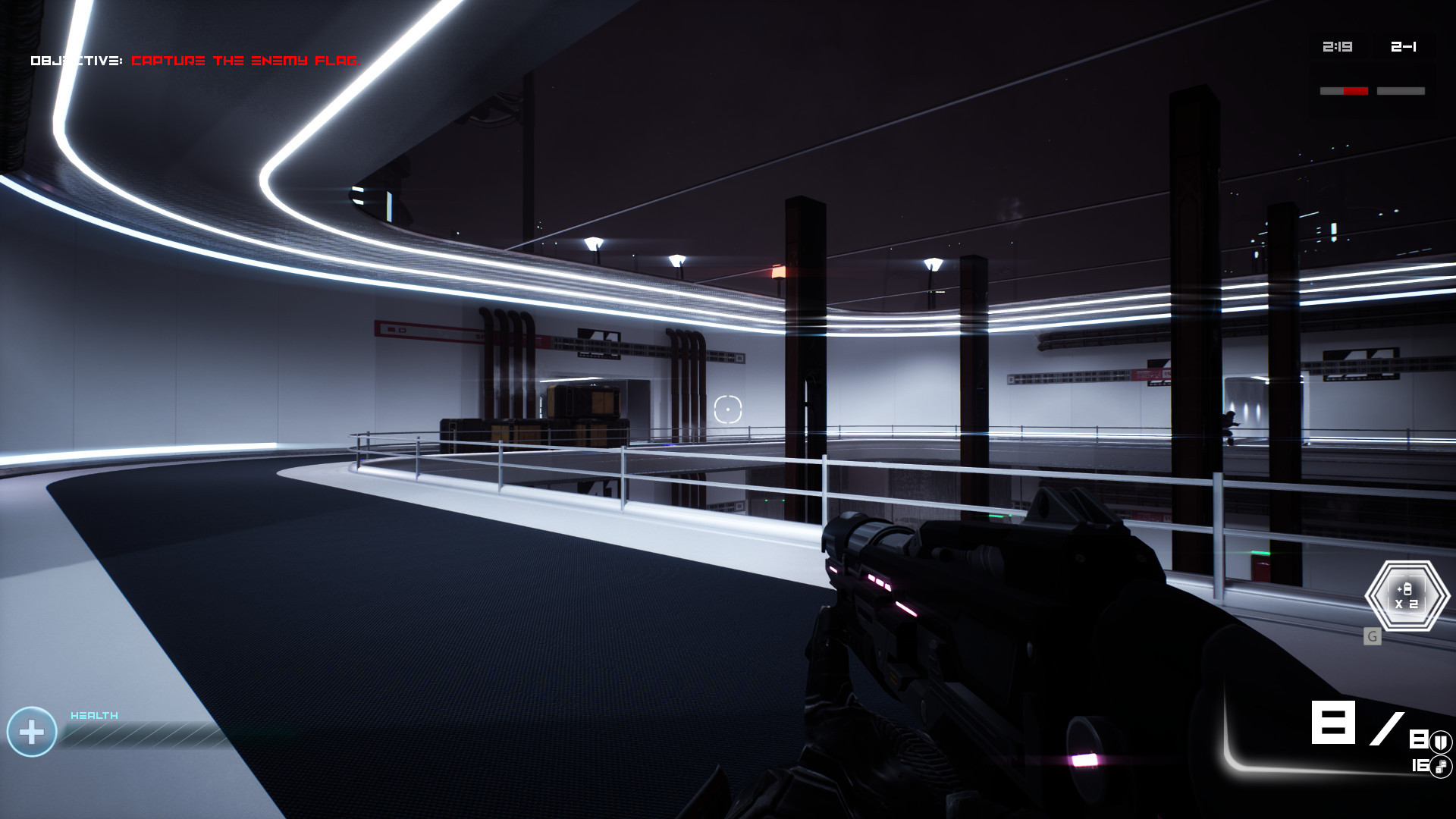 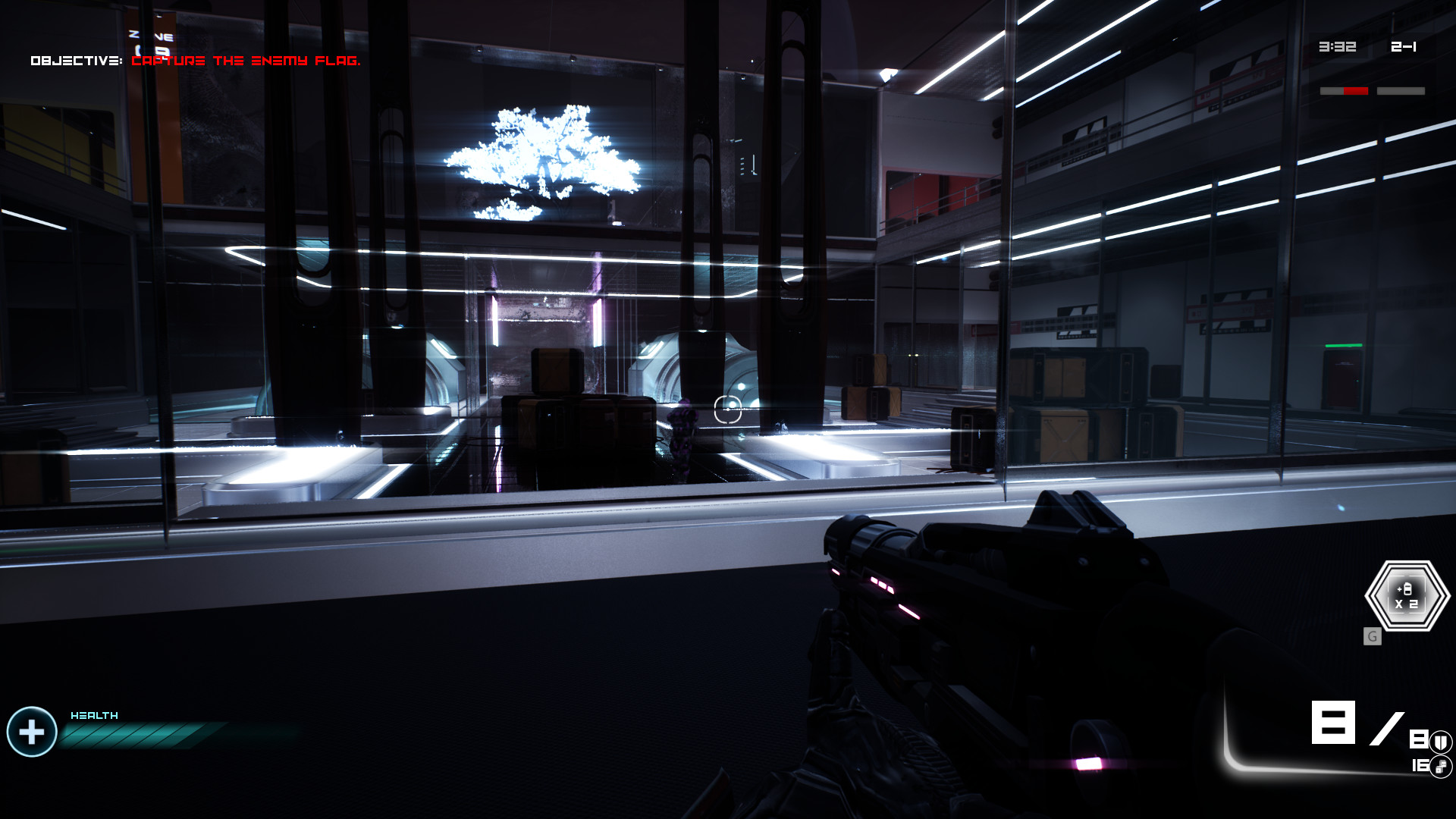 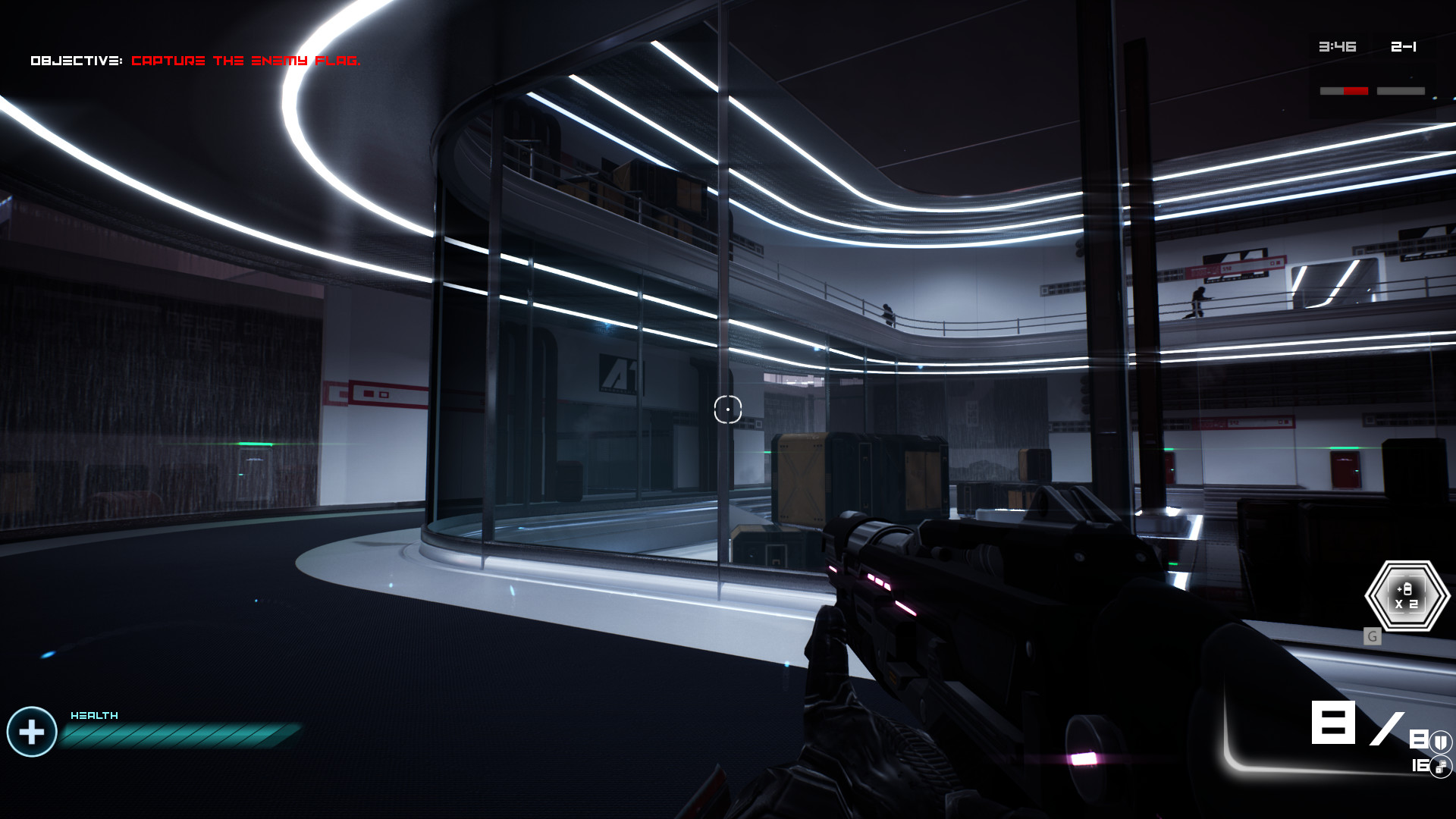 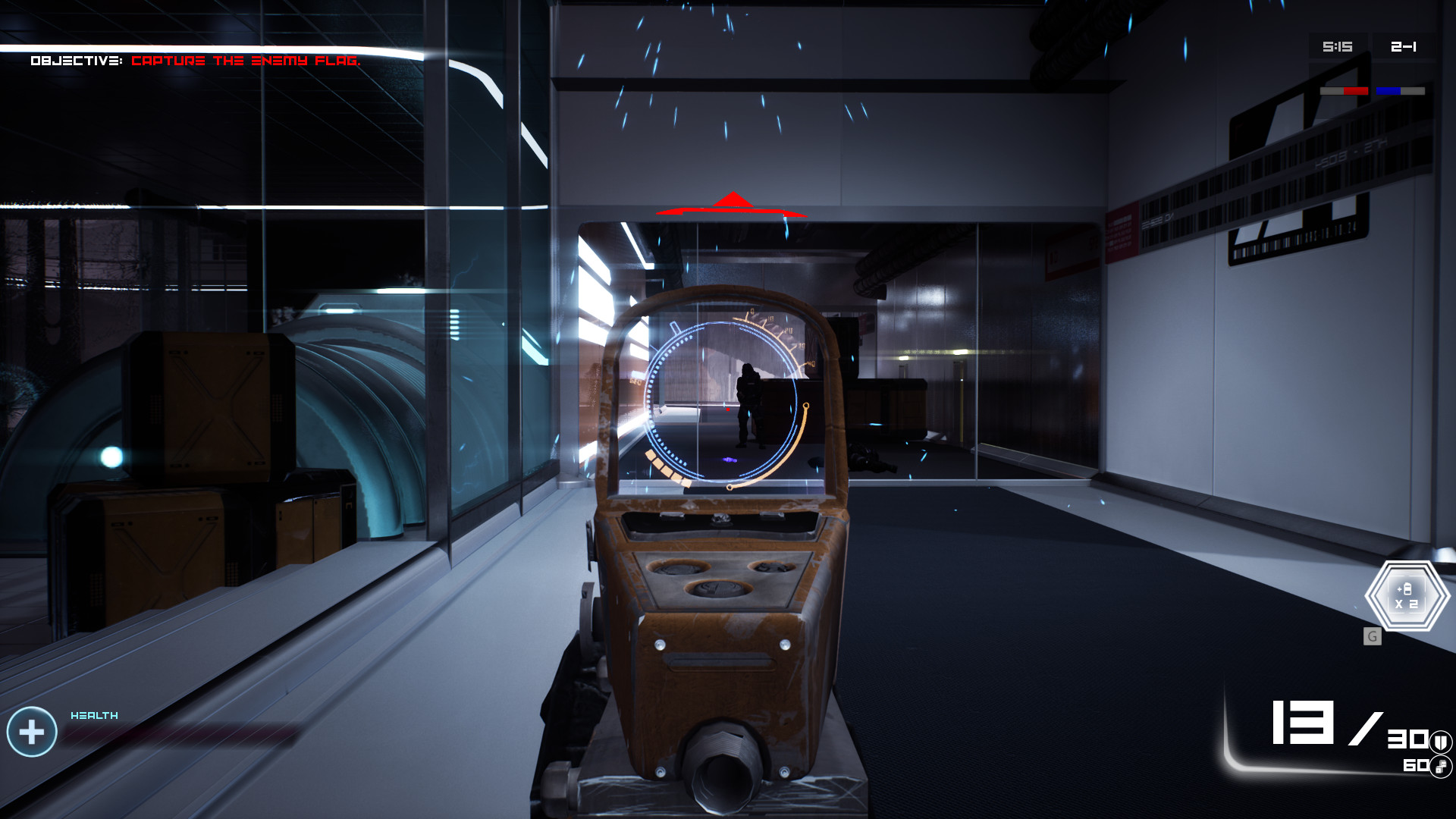 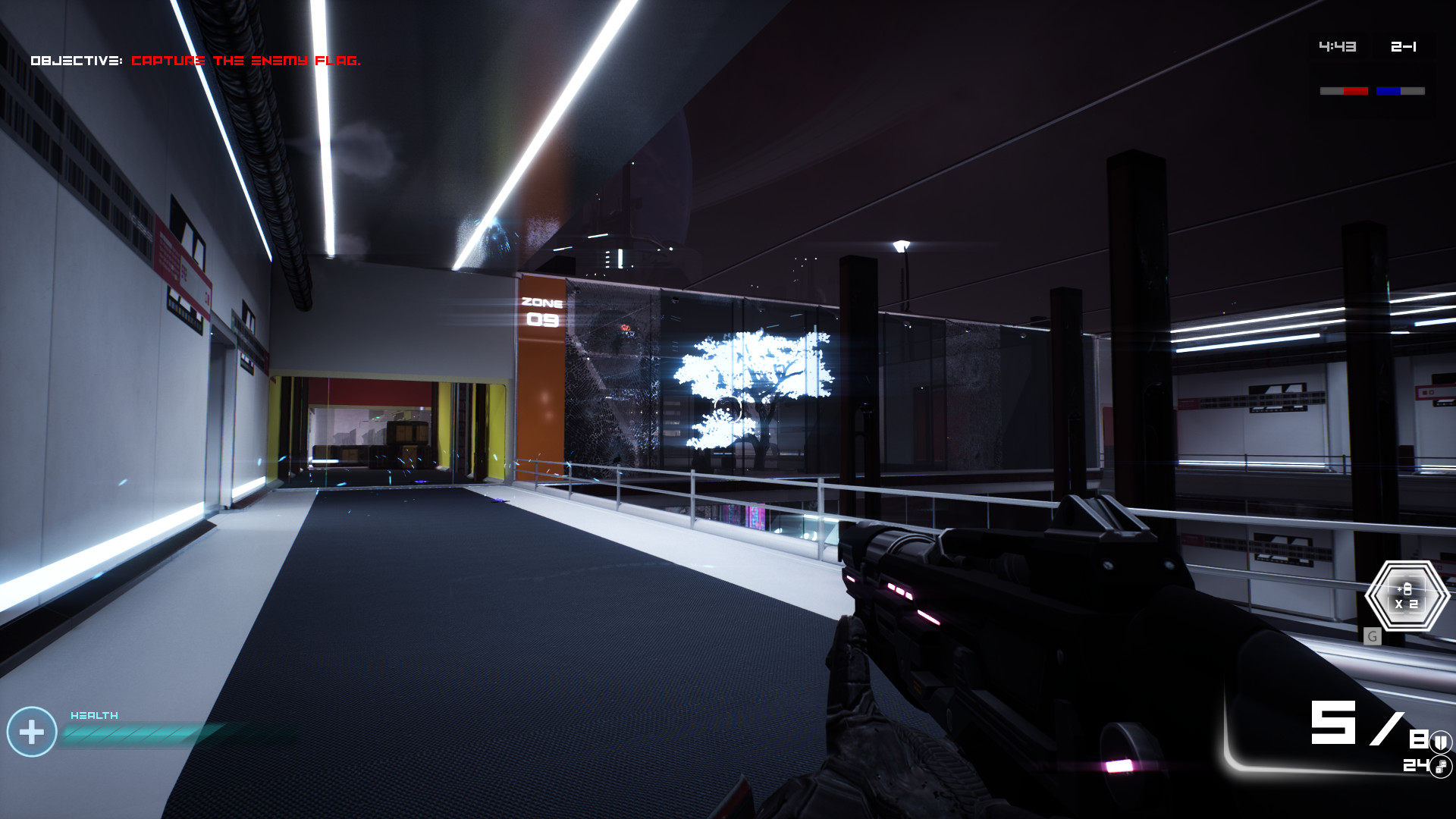 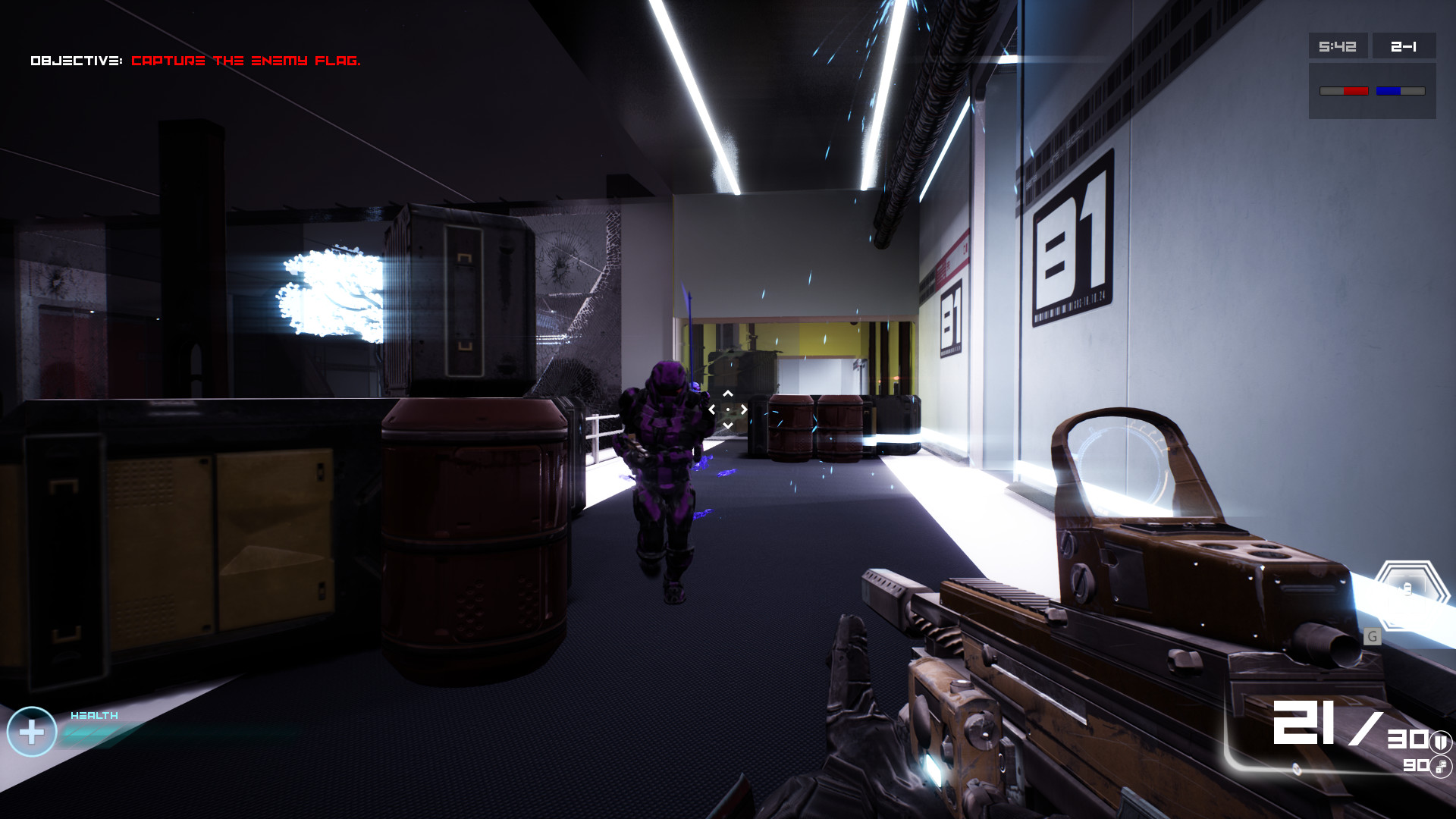 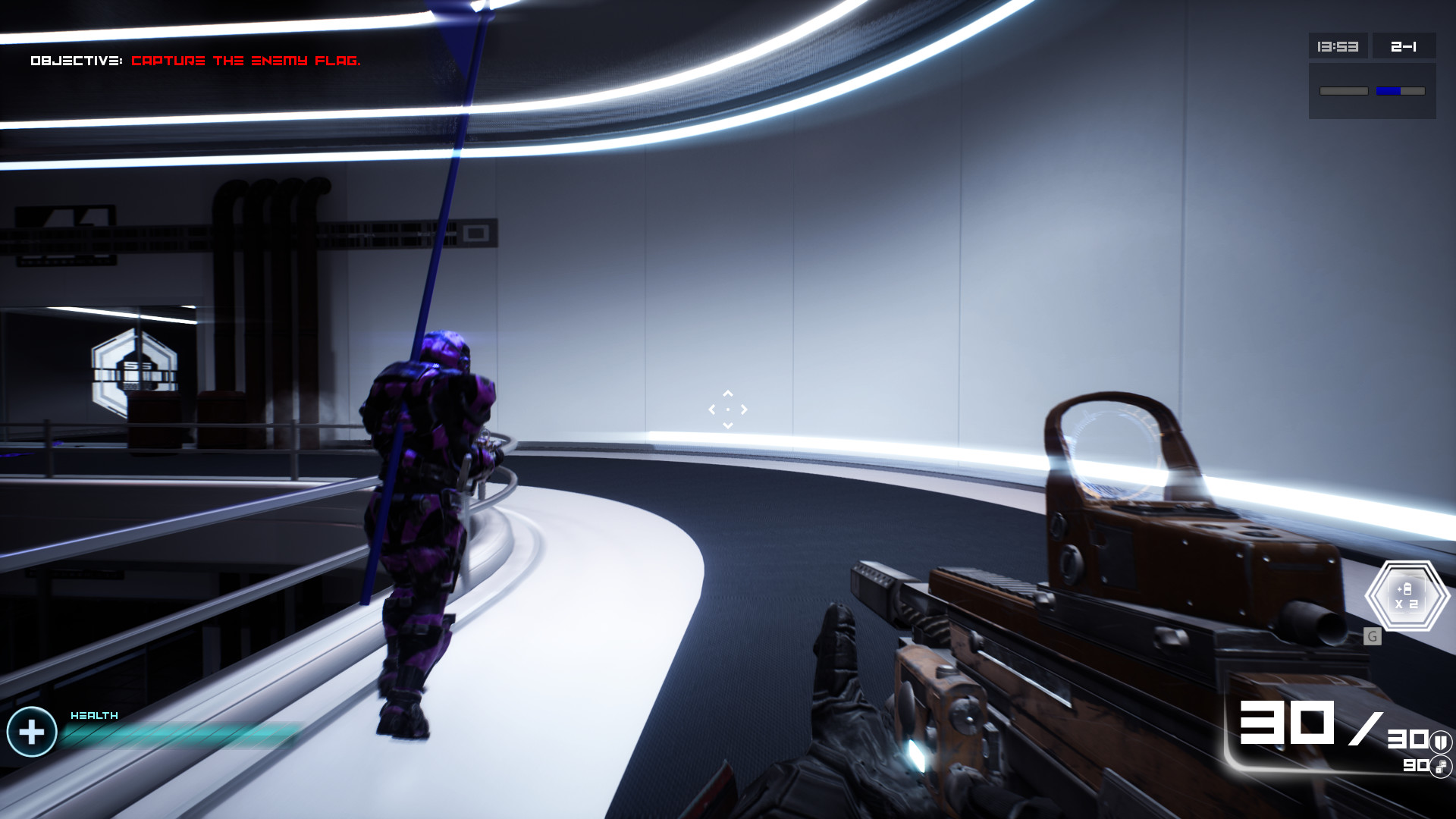 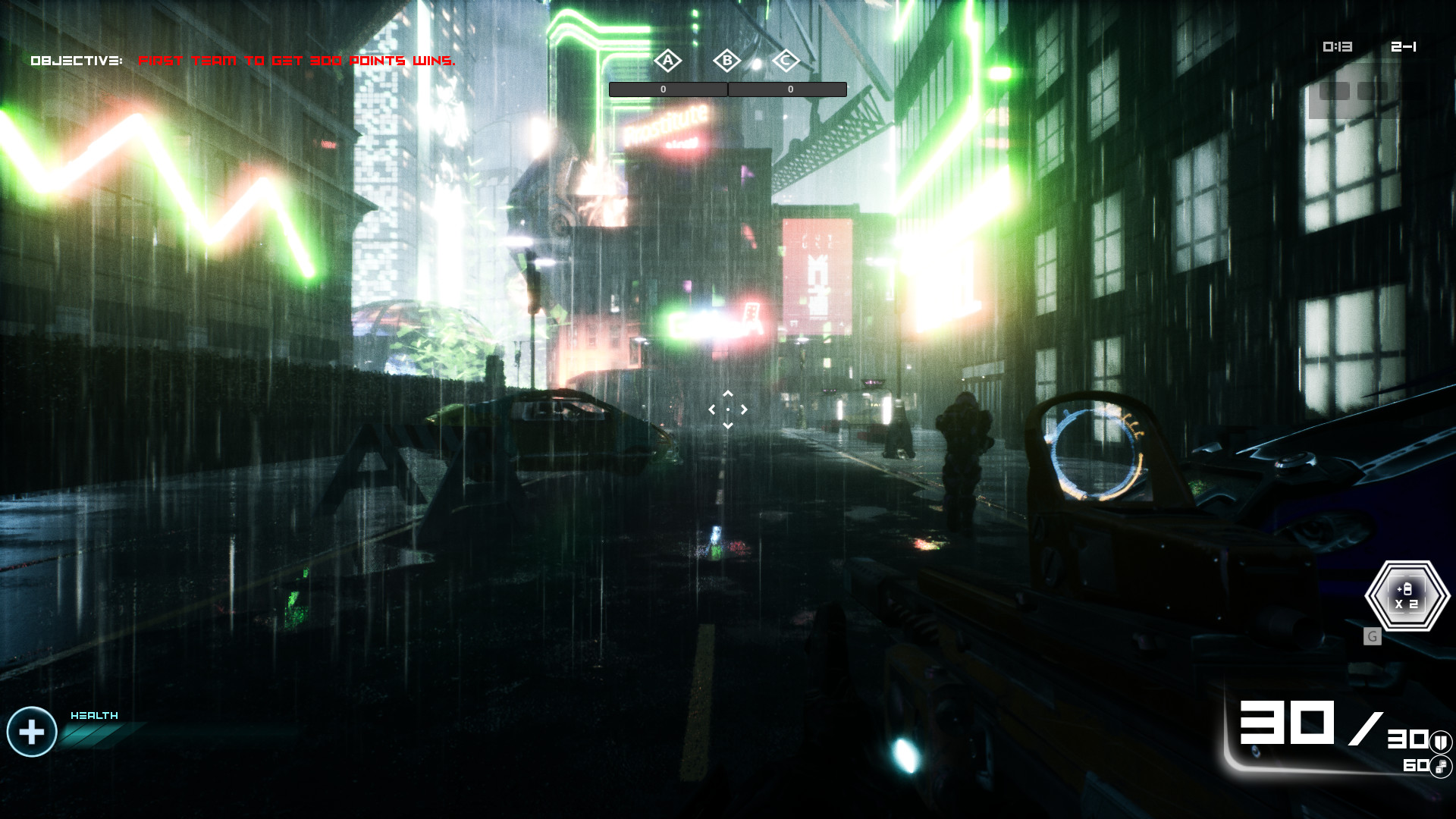 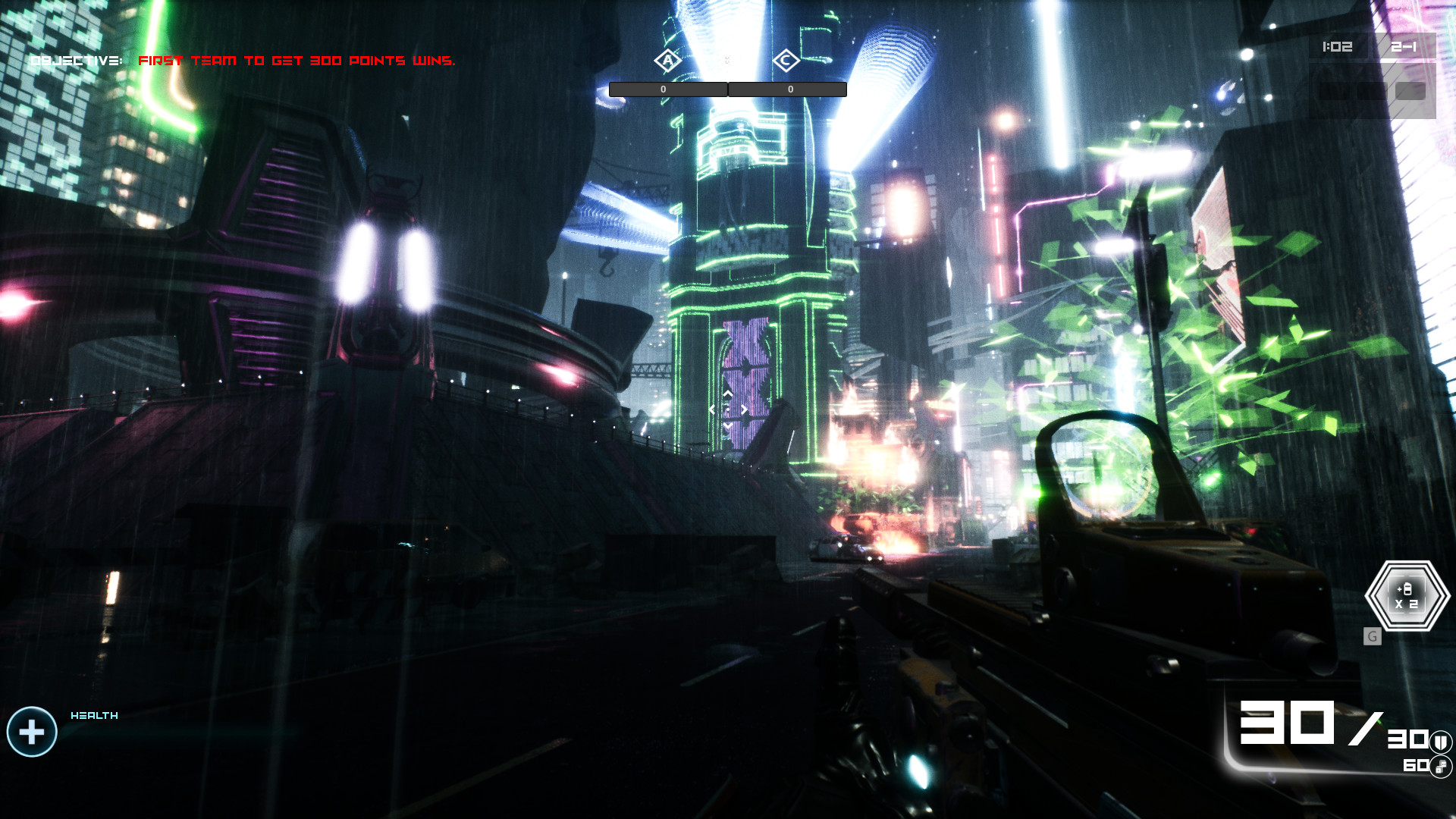 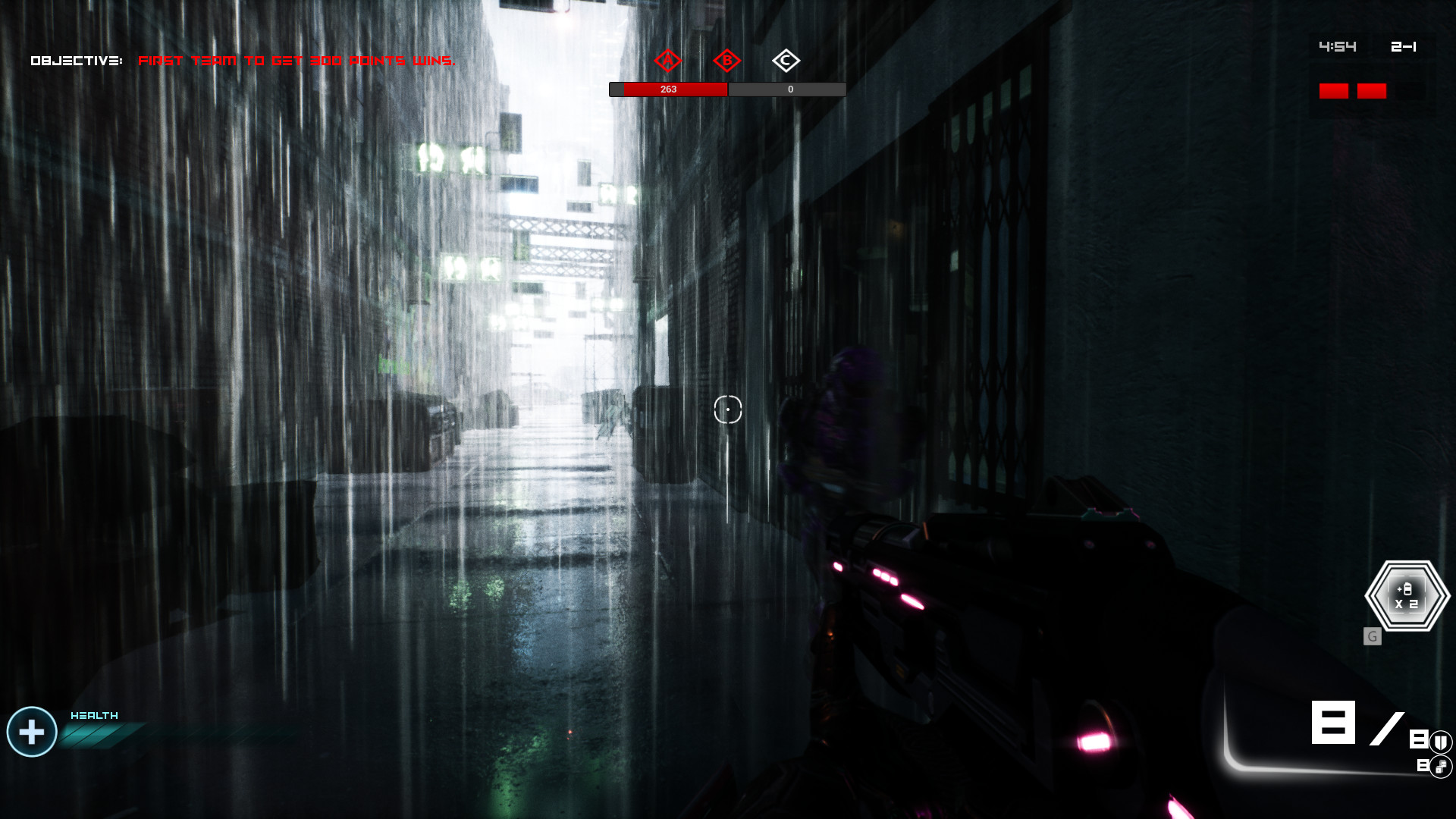 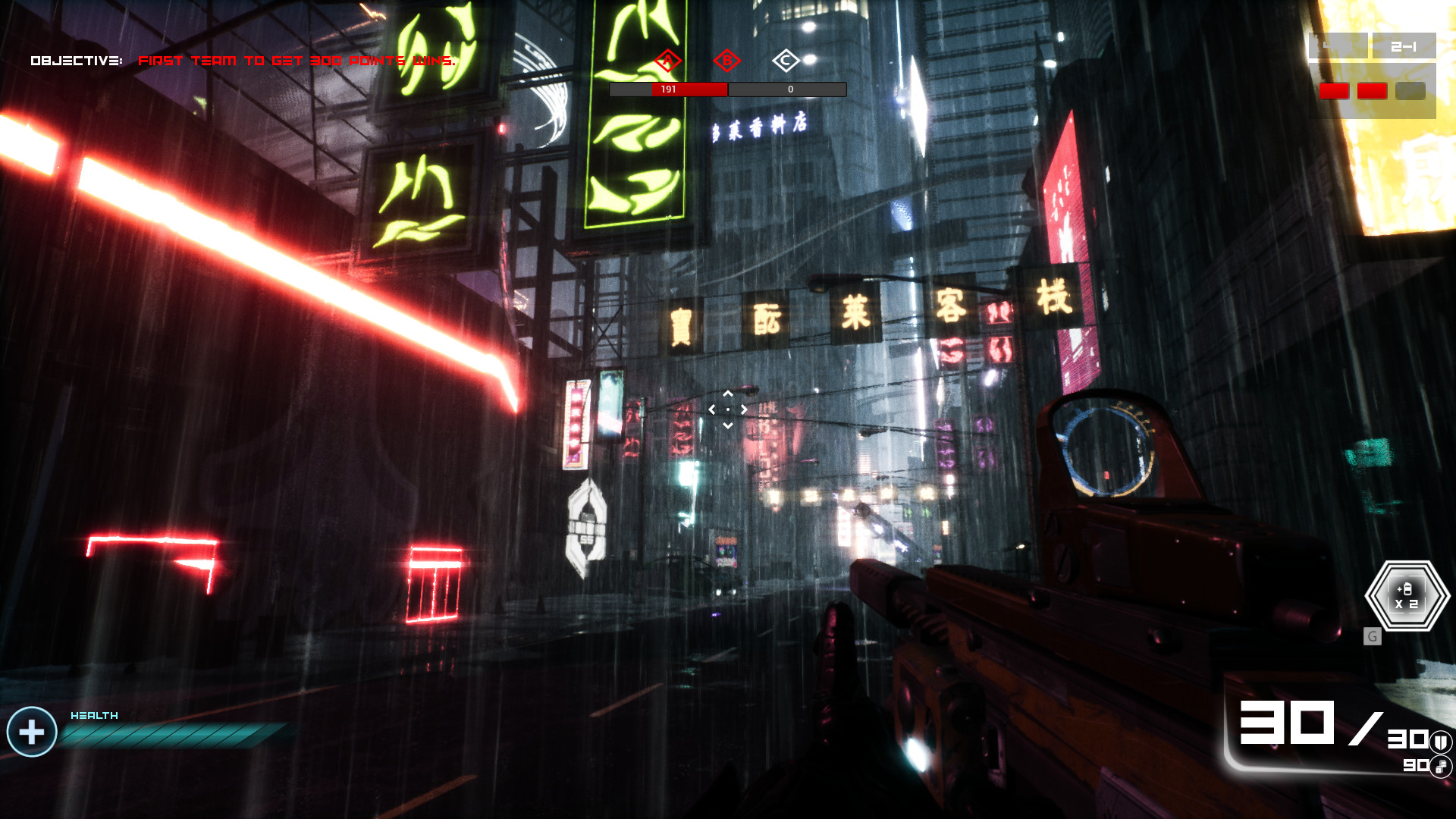 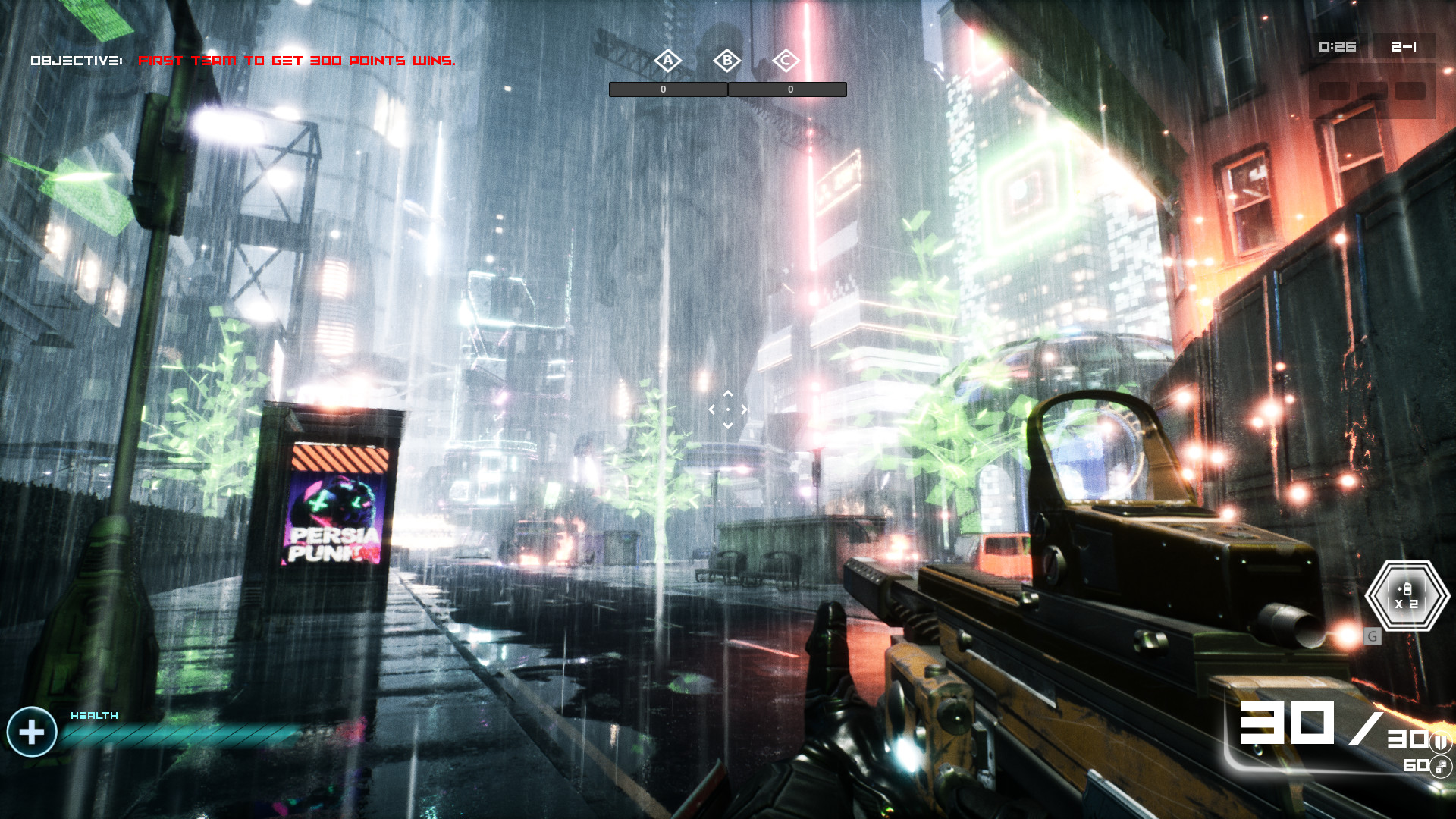 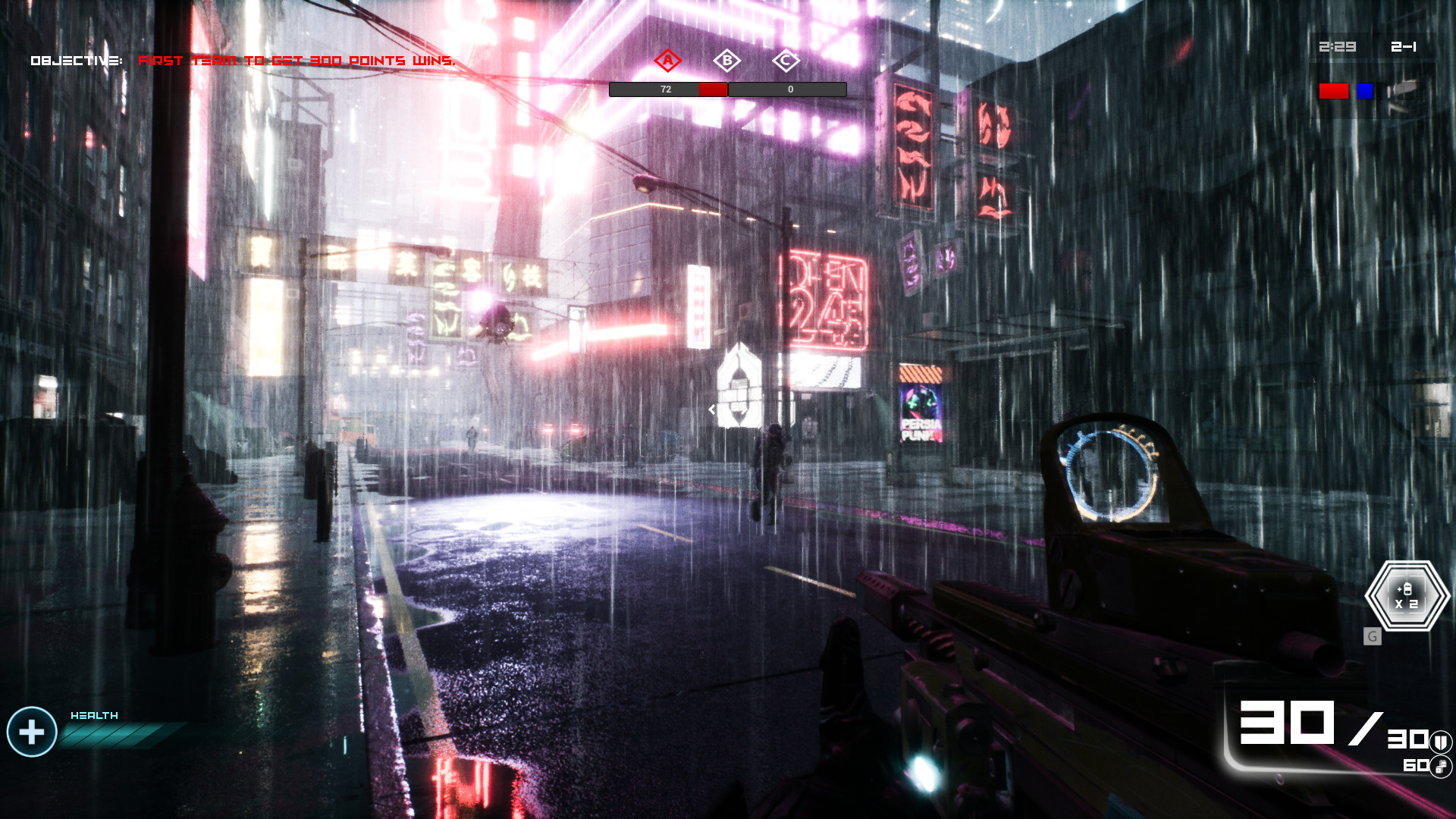 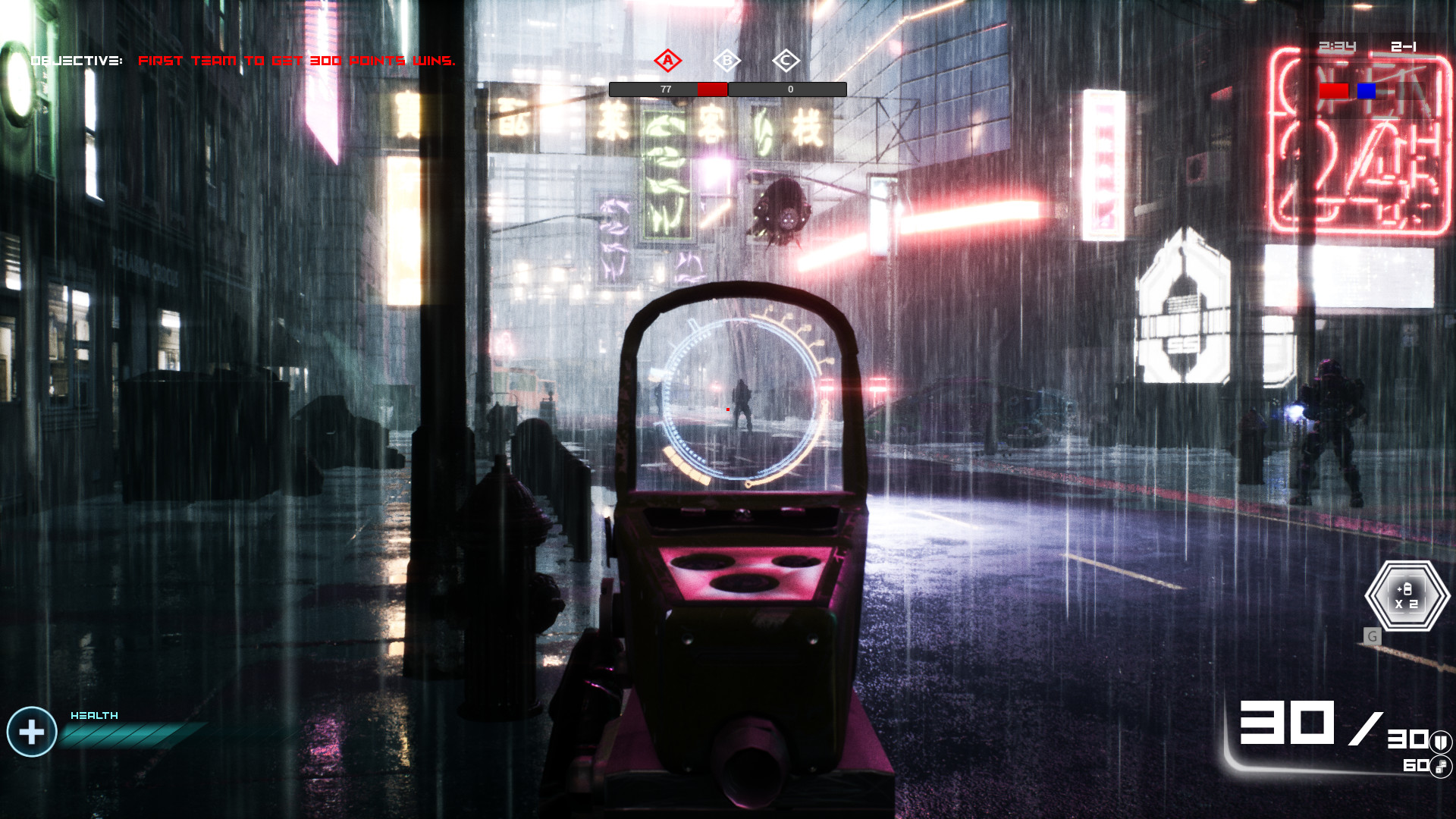 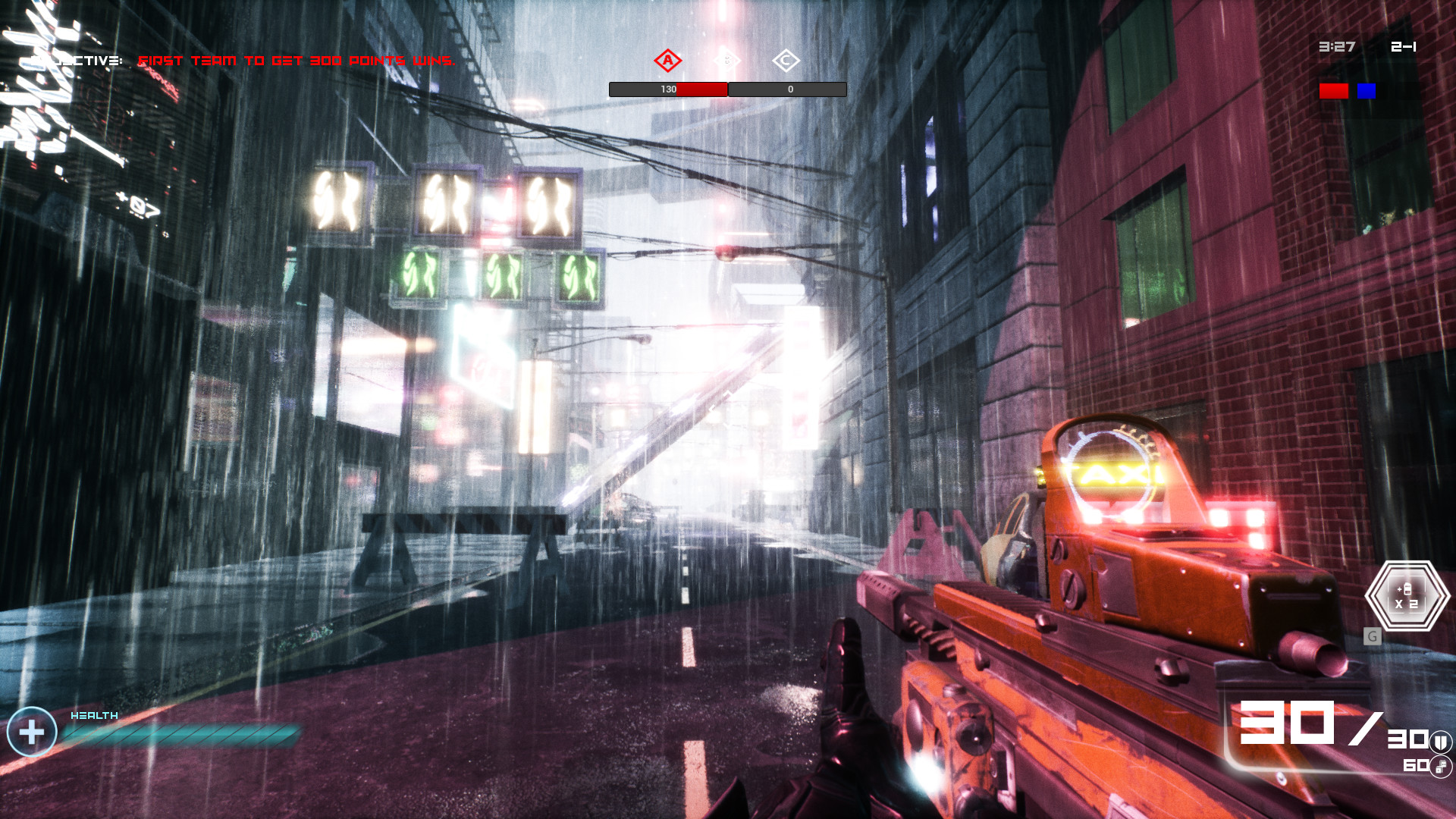 WARZONE-X is a multiplayer first-person game developed in 2755 where large corporations fight for the few resources left on earth combining the experience of science fiction and cyberpunk worlds in a death match with futuristic technology. 5 classic game modes based on team fighting and can play up to a total of 12 players per map or solo mode against bots.


- Deathmatch: Also known as DM or Deadly Combat, it is the typical all-against-all duel, each by his side. The objective is to have the largest number of frags (deaths made by the player) at the end of the time, or be the one that reaches the limit of frags established in the game. One of the best known modalities that are derived in this way is the one-on-one, also known as 1on1 or Duel.

- Teamdeathmatch:
Also known as TDM or Deadly Team Fight. Here, the rules of the game are the same as in Deathmatch, that is, the winner (this time, "team" instead of "player") is the one who reaches the limit of frags established in the game, or one who, At the end of time, be the one with the most frags. There are 2 teams competing with each other to be the winner.

- Capture The Flag: Also known as CTF or Capture The Flag. Players compete in teams to take the flag of the rival team and take it to their own base, while defending theirs. Competitive teams must have a large share of teamwork. Teams must defend their base from rival attacks, while infiltrating the enemy base, taking their flag, and returning to their base. This requires the team to protect its bearer well from enemies in order to fulfill its objective.

- Domination: DOM, Teams compete to control several control points (these appear on the map as a giant X that changes shape and color according to the team that controls it) with the aim of adding points and winning the game. Standard maps contain three points. The points can be controlled either with the total occupation of the territory (physically occupying the space) or from a distance. Here, again, there are 2 teams competing for the same goal.


- Rush or Assault: A team, called an attacker must place explosive charges on two predetermined targets. When these are destroyed, the next phase is advanced where the same is done. The defending team must defend the objectives until the enemy points or "regeneration tickets" reach zero.