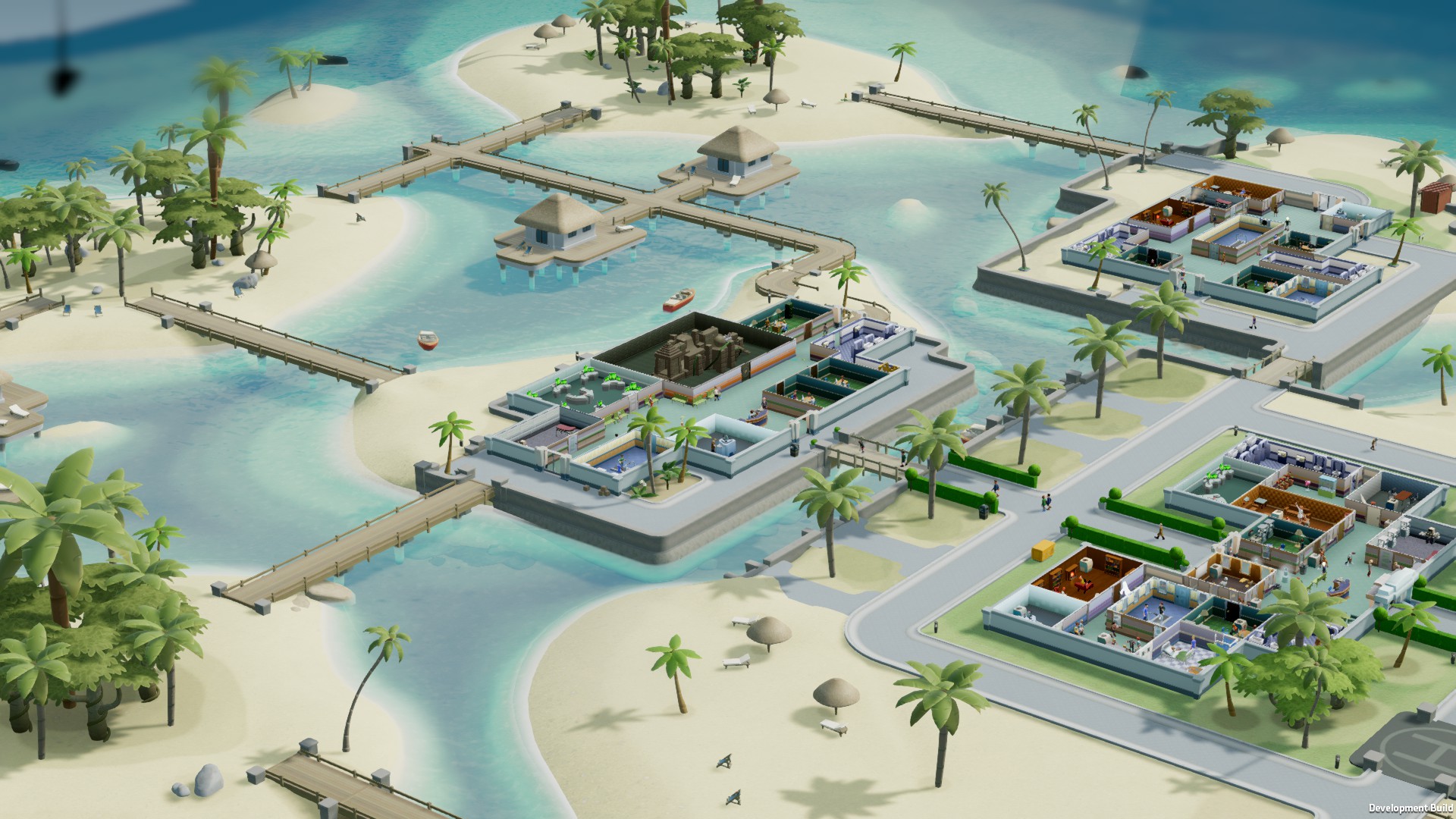 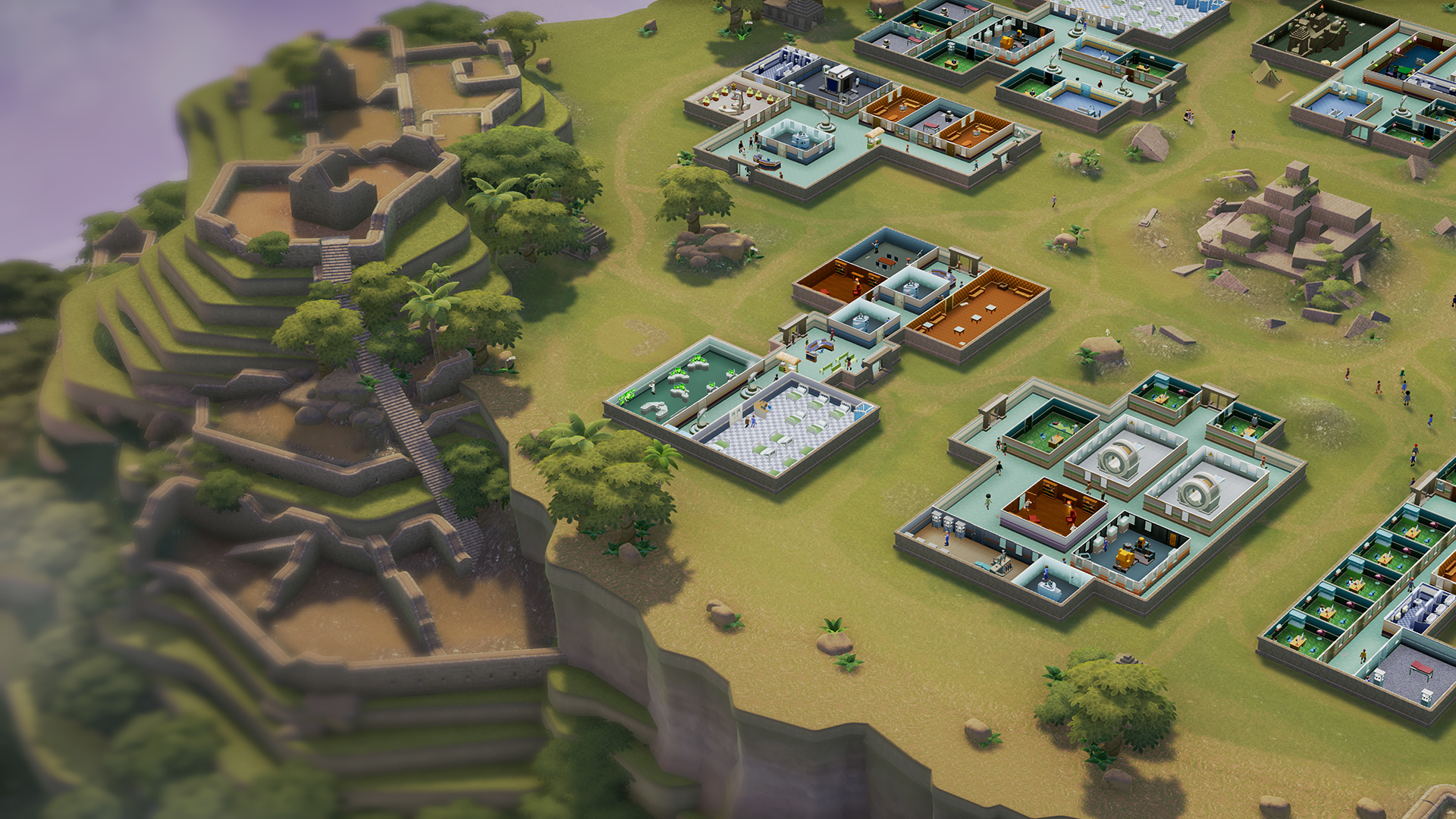 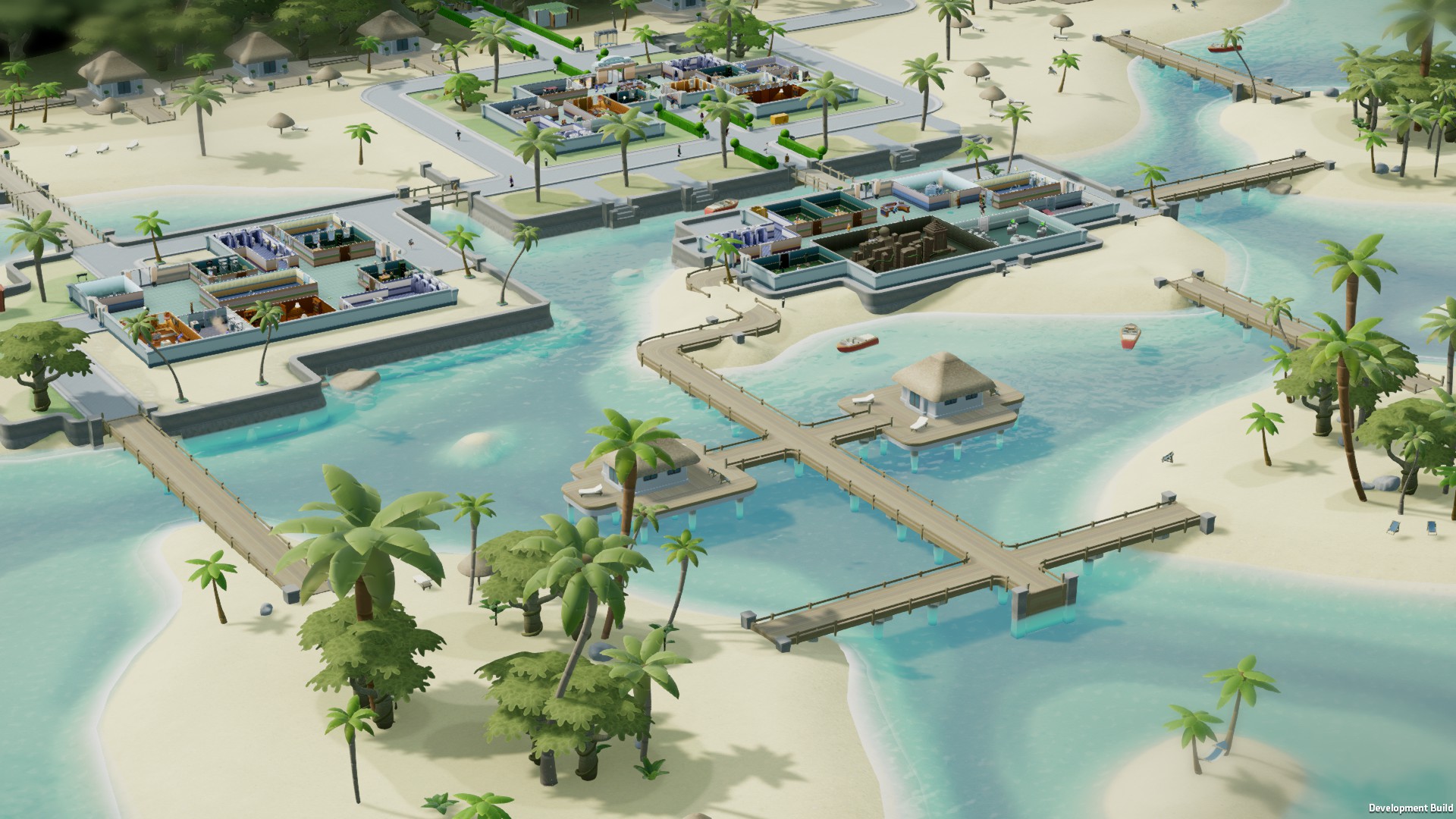 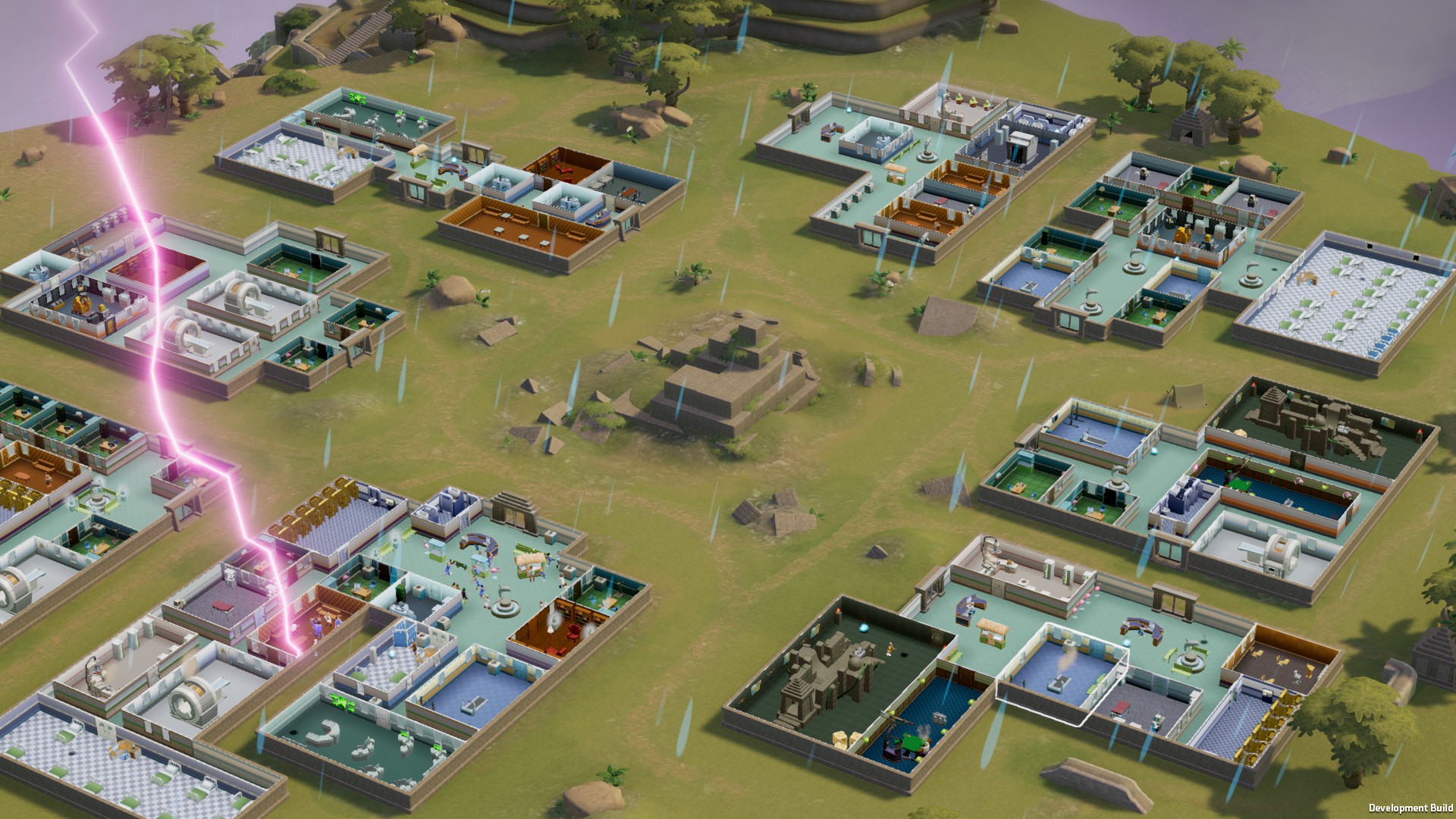 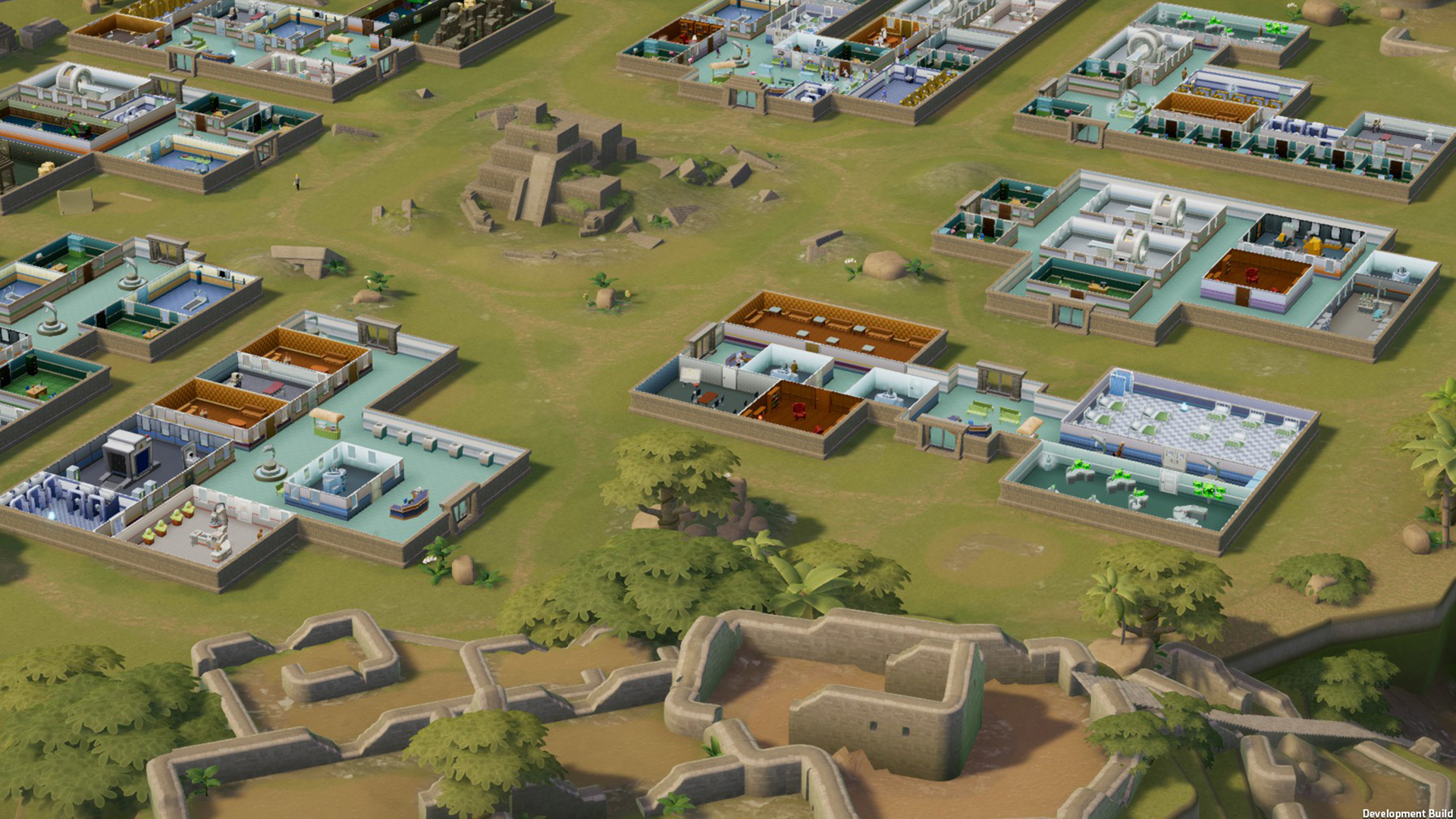 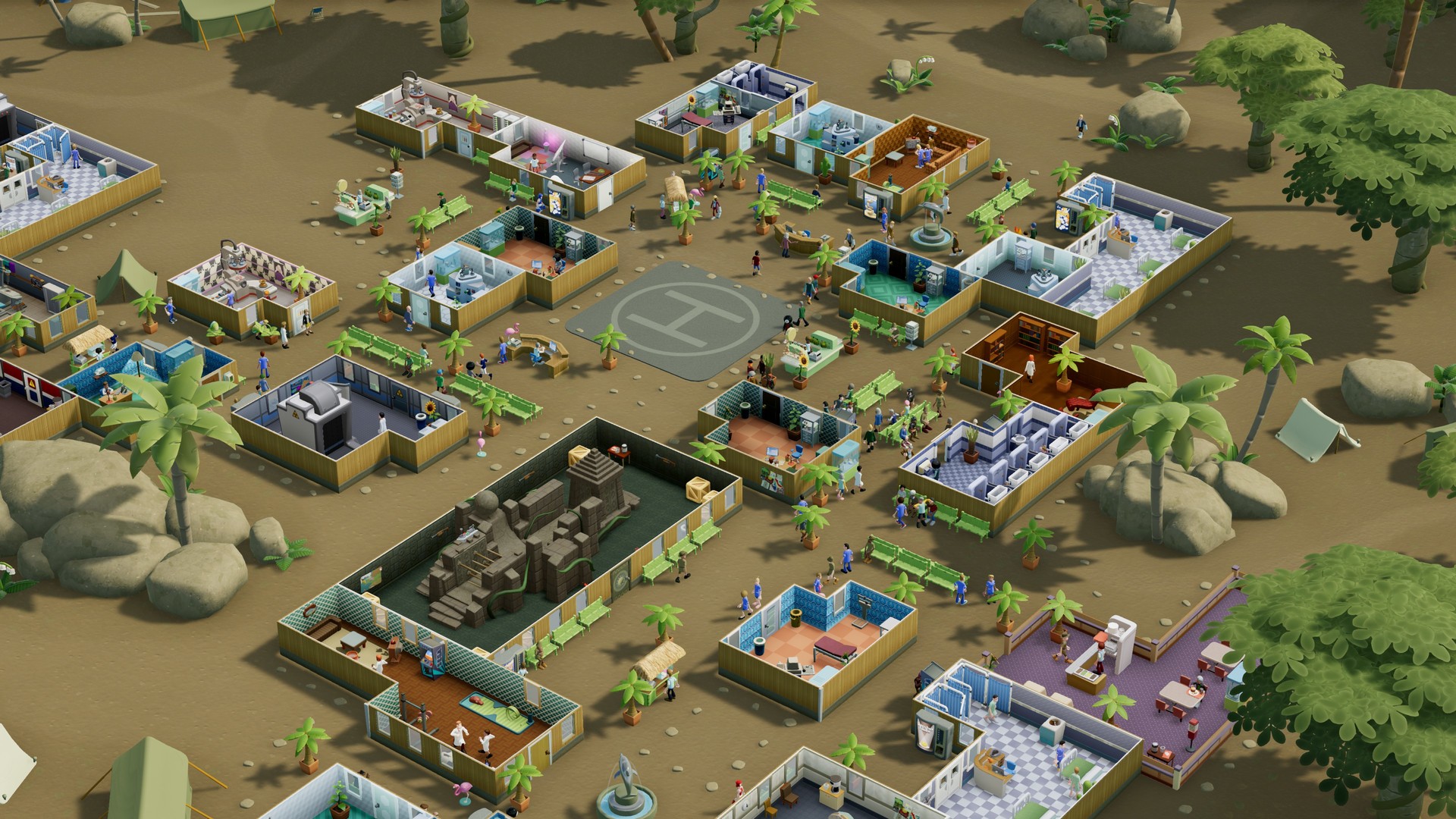 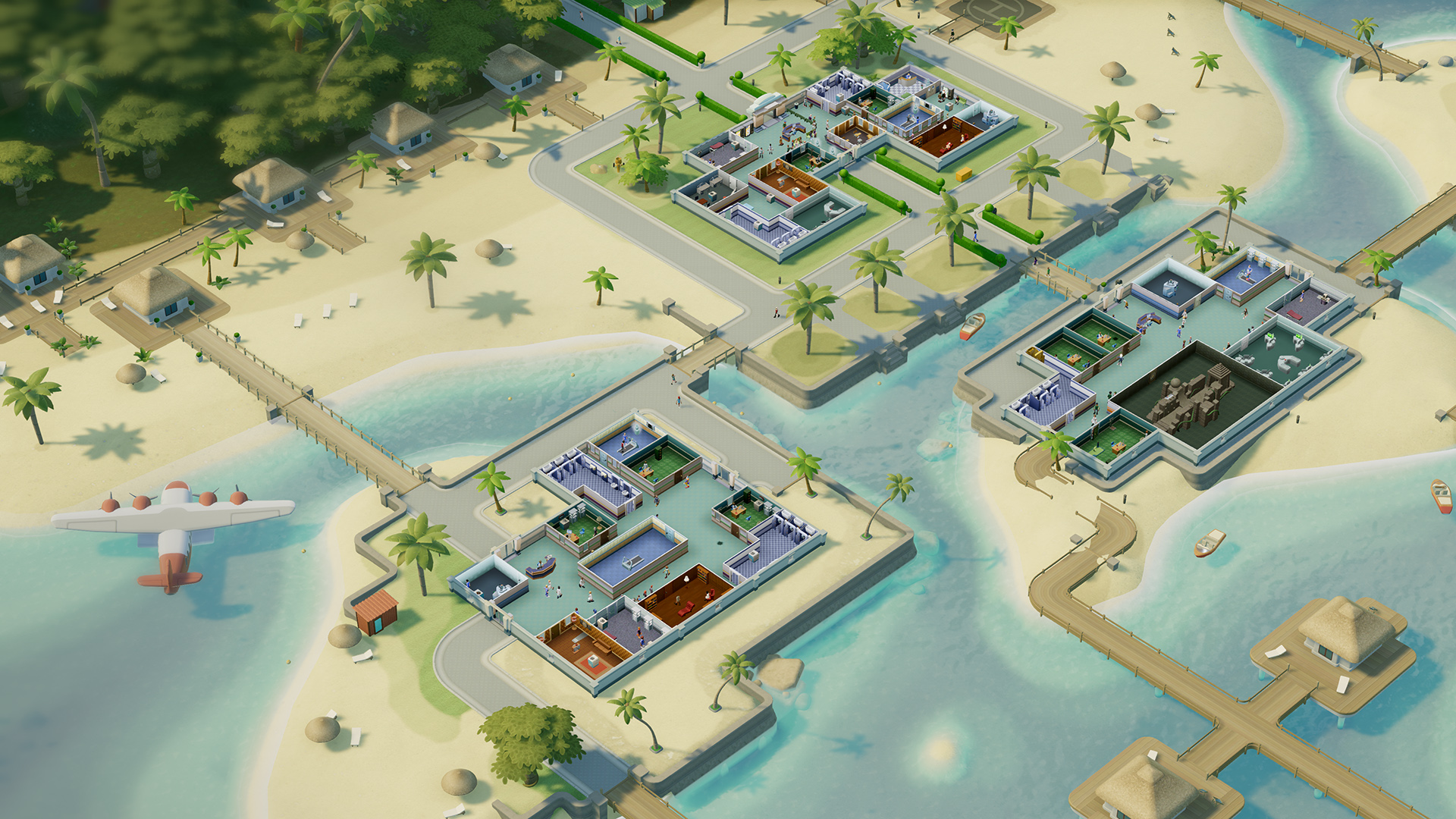 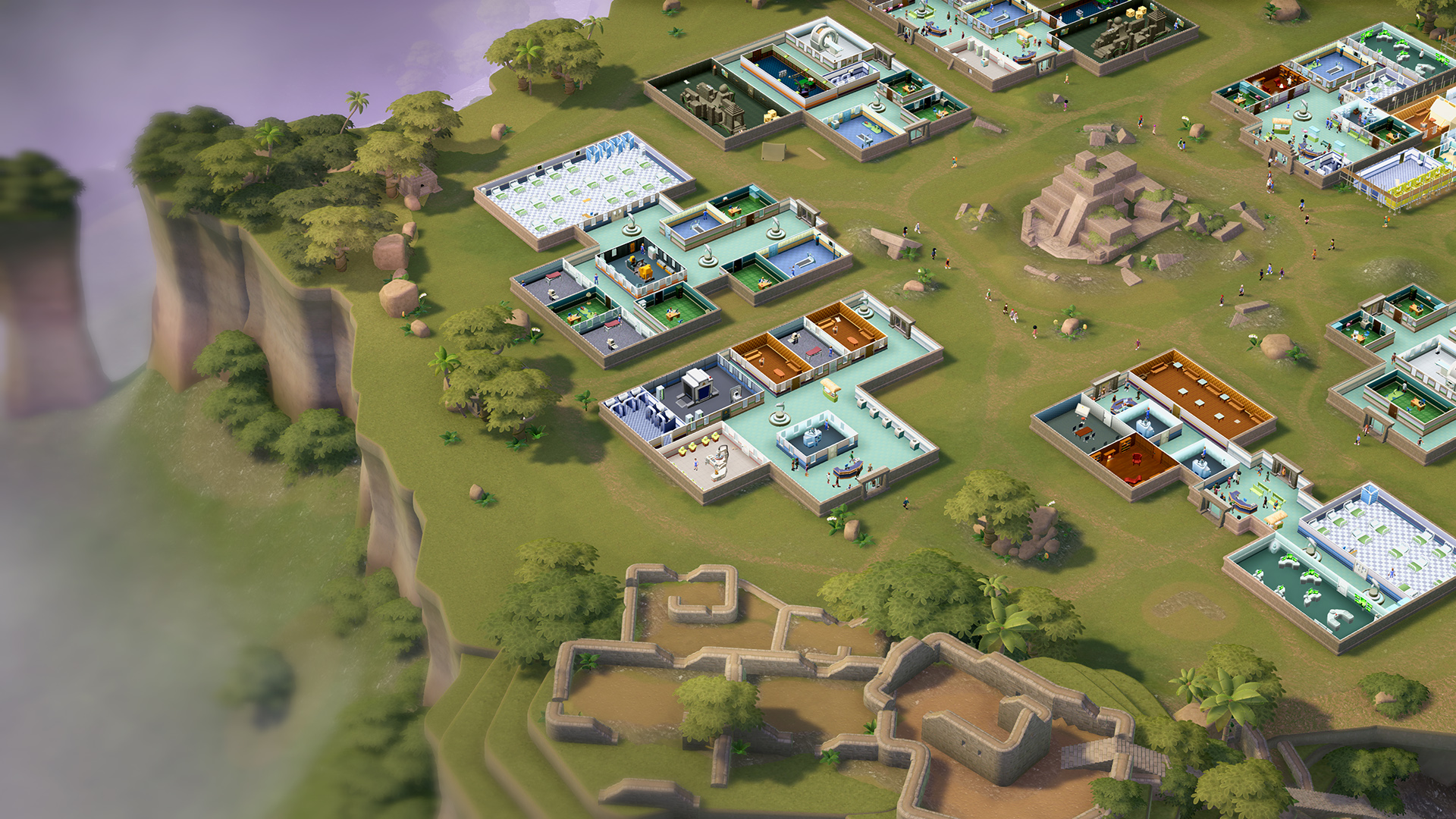 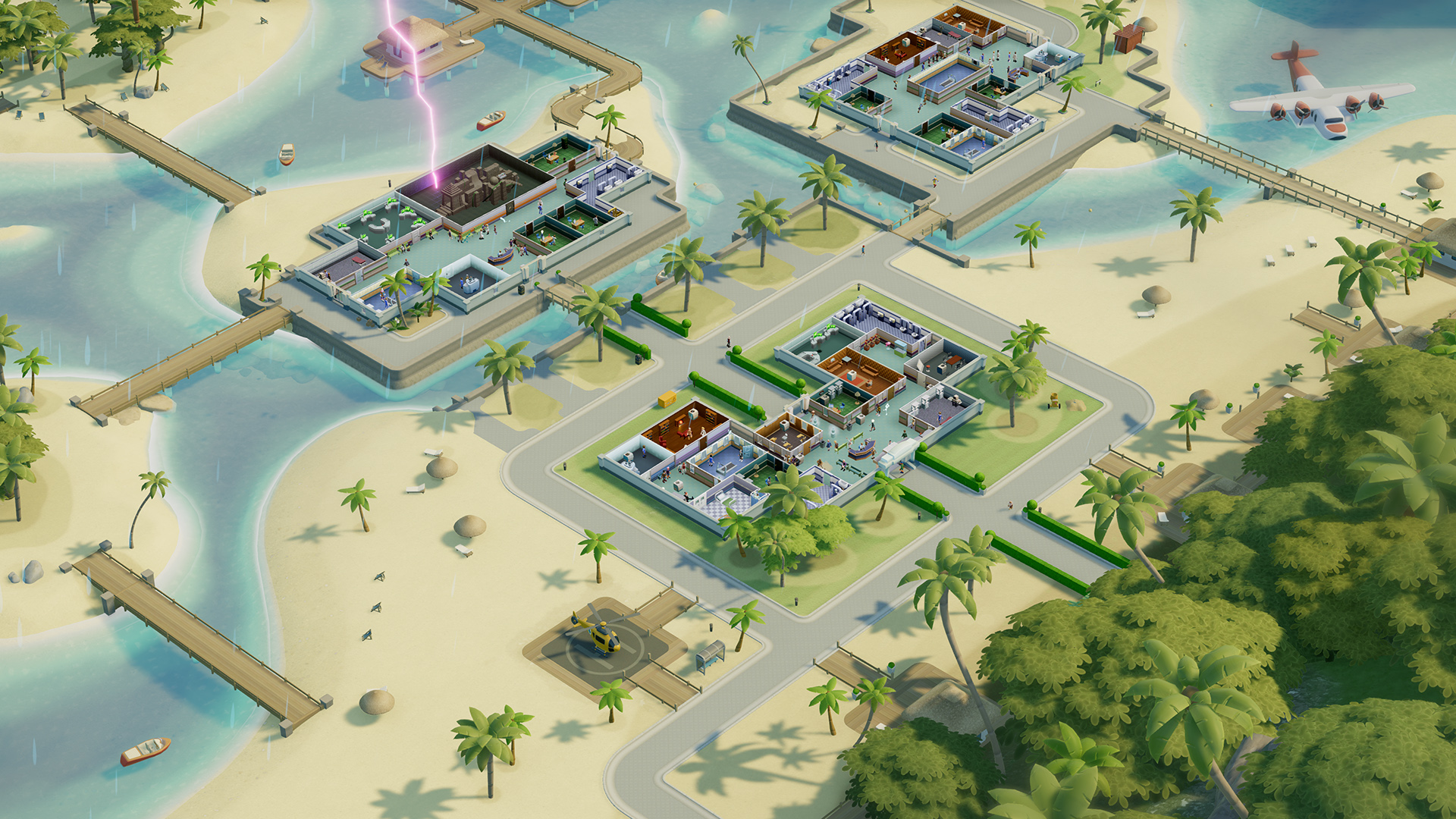 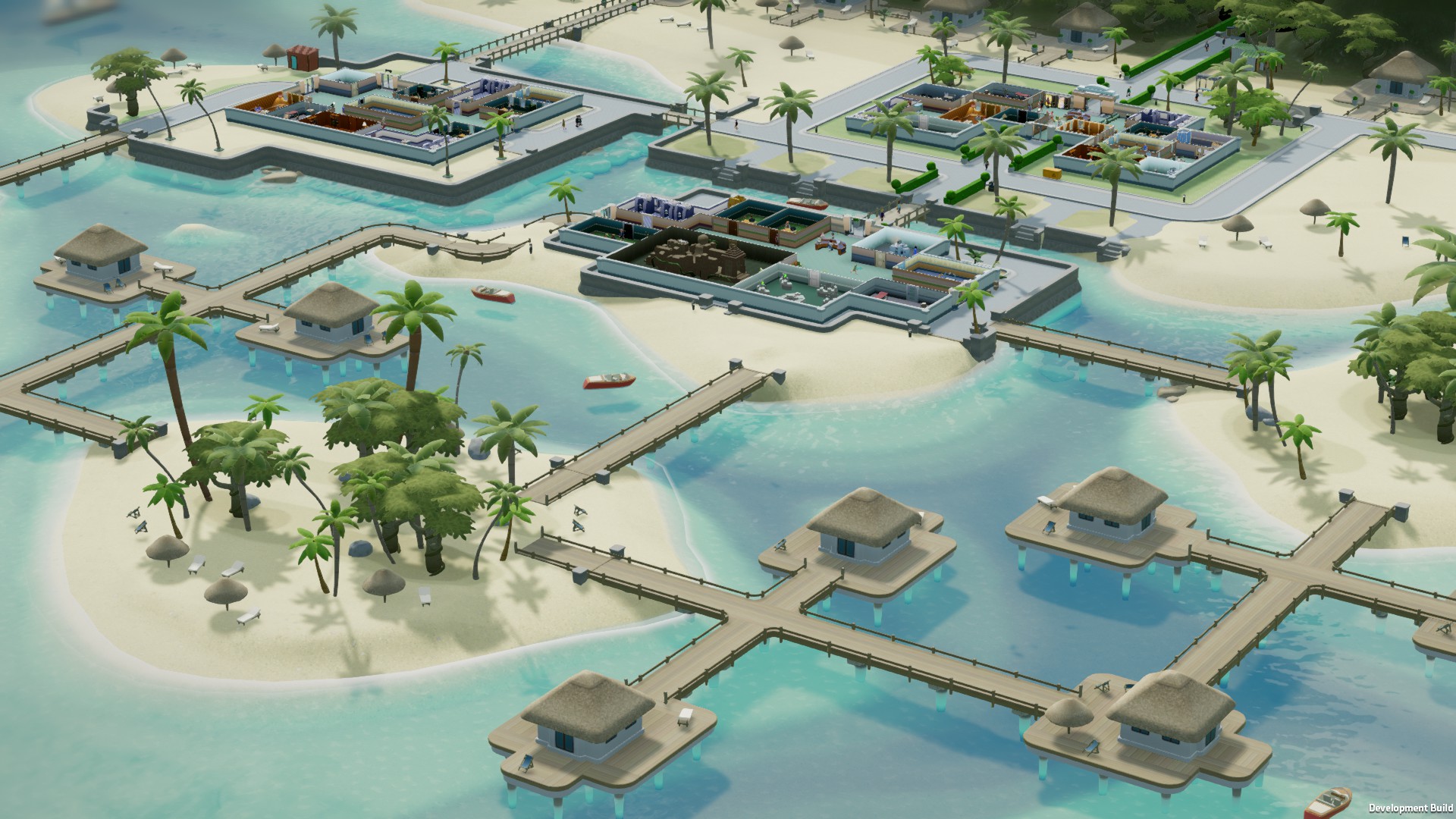 Blaze a sterilised trail through a tropical island for an eccentric millionaire in search of a fabled source of death-defying water.

Part-time explorer and notorious germaphobe, Wiggy Silverbottom, is on a quest to discover the secrets of eternal life. As a hospital administrator with a flair for the unconventional, Wiggy needs your help to unlock this most majestic of bounties.

Expand your medical frontiers. Experience new sights. Yearn to discover the greatest secret of all.

Includes three new hospitals, a wide variety of new illnesses and an array of tropical paraphernalia to place in your spectacular hospitals (if you do say so yourself!)

Tackle three exciting new scenarios as you push through the jungle in your quest for eternal life. Begin your adventures in the balmy climes of Pebberley Reef, an idyllic atoll paradise, before pushing into dense, unexplored country in Overgrowth, clearing the way for your own hospital as you seek to cure a wild range of new illnesses.

Finally, conquer the stunning Topless Mountain as you attempt to unlock the lost secret of eternal youth – featuring a summit that’ll keep you on your toes right to the last moment.

Wigbert “Wiggy” Silverbottom has funded this hospital on the coast of Pebberley Island. Currently, we’re not exactly what you would term ‘official’. We’ll need to clean the place up a bit before the island’s medical authorities are willing to recognise this as a hospital and give us a medical license.

Wiggy’s using the hospital to make good on all those times he’s offered someone a job without thinking it through; for some reason he thought it’d be a good idea for them to work as our janitorial staff. We won’t have access to a pool of highly trained medical janitors. Instead, we’ll be able to hire other, random, totally inexperienced people. We’ll need to get training, or maybe just hire loads of them, as Pebberley receives some of the most erratic and unique weather in the County.

It’s hard to believe, but a community used to live at the heart of this jungle before it got angry with them and, you know, ‘over grew’. People who had lived here for millennia were forced to leave their home and live down the road a bit.

The plants here are pretty judgemental, for vegetation, but might respond positively if you care for the people and restore balance to the area. When we arrived, we found incomprehensible word and number sequences written into the bark of some of the trees. Try as we may, we just couldn’t make any sense of “Cure 10 Patients”, you should probably take a look. Good luck and, remember, the trees are watching!

The incredible natural plateaus of this area are perfect building foundations. They’re just so flat. Much more suitable than those pointy Pointy mountains they have in the north. The ancient people certainly thought so, that’s why they did lots of building here back in the ancient times, with their ancient tools.

The transport out here is a nightmare, as you can imagine, and tourists that make it this far tend to have gotten sick on their travels, so big groups (we’re calling them ‘waves’) of sickly sightseers will be turning up all at once. Whilst you’re treating them, Wiggy’s crew will be excavating the ruins. It might be worth keeping an eye on their progress: the more they find, and restore, the more boneheads we’ll get turning up at the hospital.

The people of Pebberley Island have been suffering from some very unusual illnesses indeed. Perhaps we can help!

Contains 34 new illnesses (10 of them full new visual illnesses), including some of the following:

Prolonged feelings of sameness have led to dull, tedious pain and a craving for adventure. The sufferer's tendency to search for relief in highly precarious, unimaginative, activities mean that they pose a great risk to themselves and others until they experience some kind of payoff.

The sufferer's facial features have receded out of existence and must be coaxed back with subtle, hydraulic machinery. Unfortunately, common amongst people-pleasers, yes-men and crowd-enthusiasts.

A cornucopia of tropical treasures awaits you on the golden shores of Pebberley Island. From bamboo benches to pink plastic birds and ice sculptures, you can guarantee that your hospitals will bring a taste of the outdoors, indoors (and sometimes also outdoors).