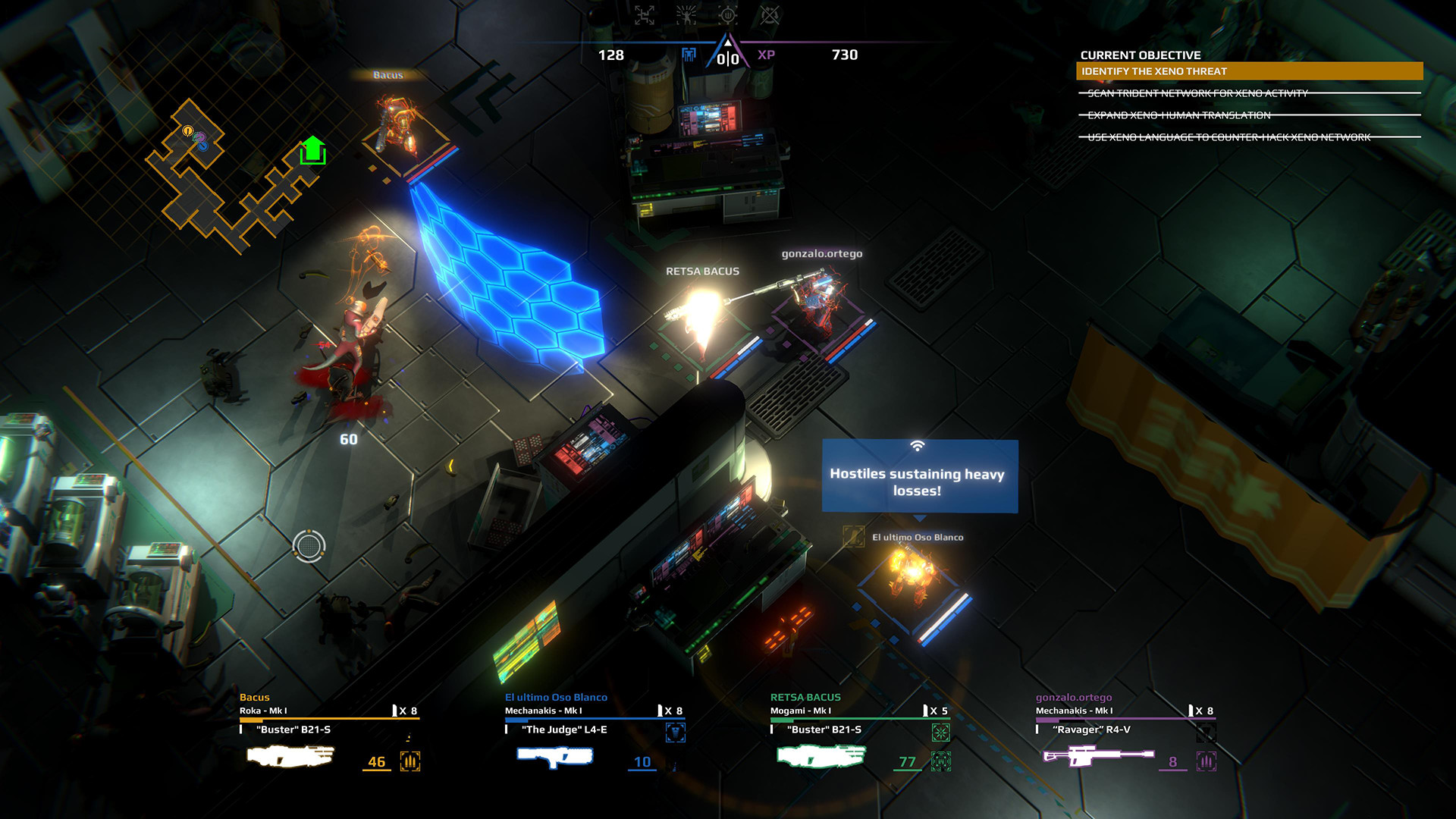 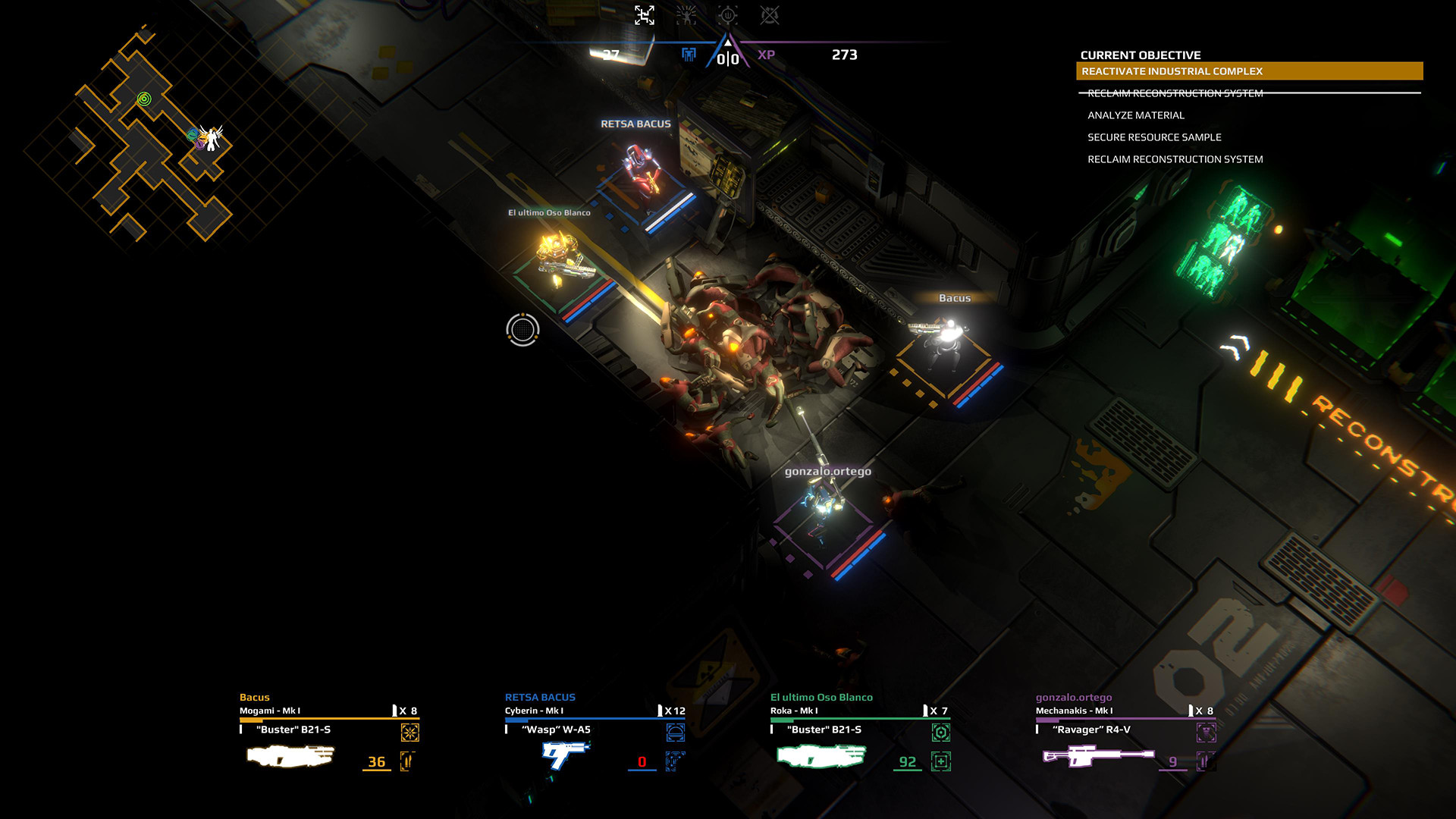 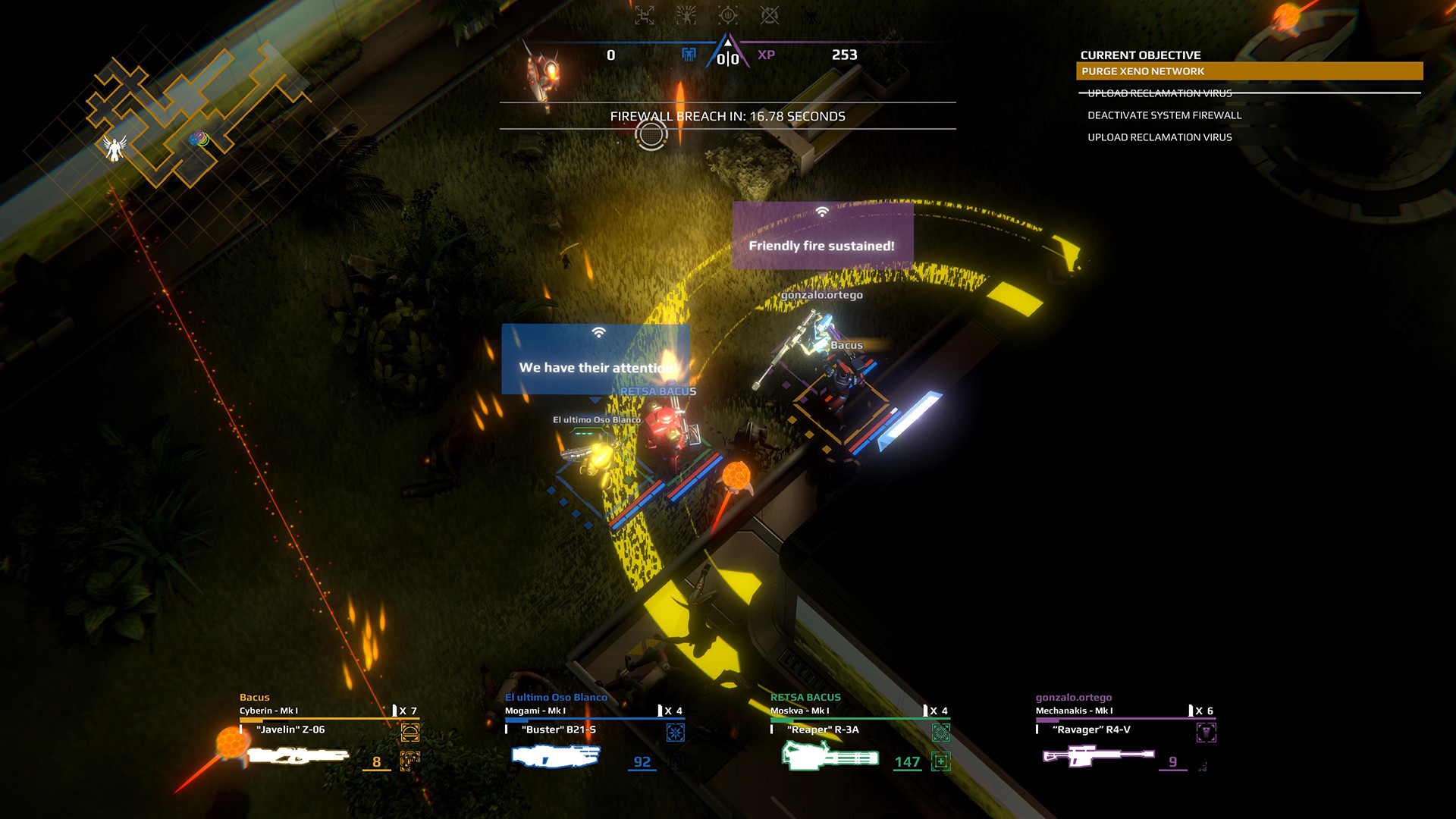 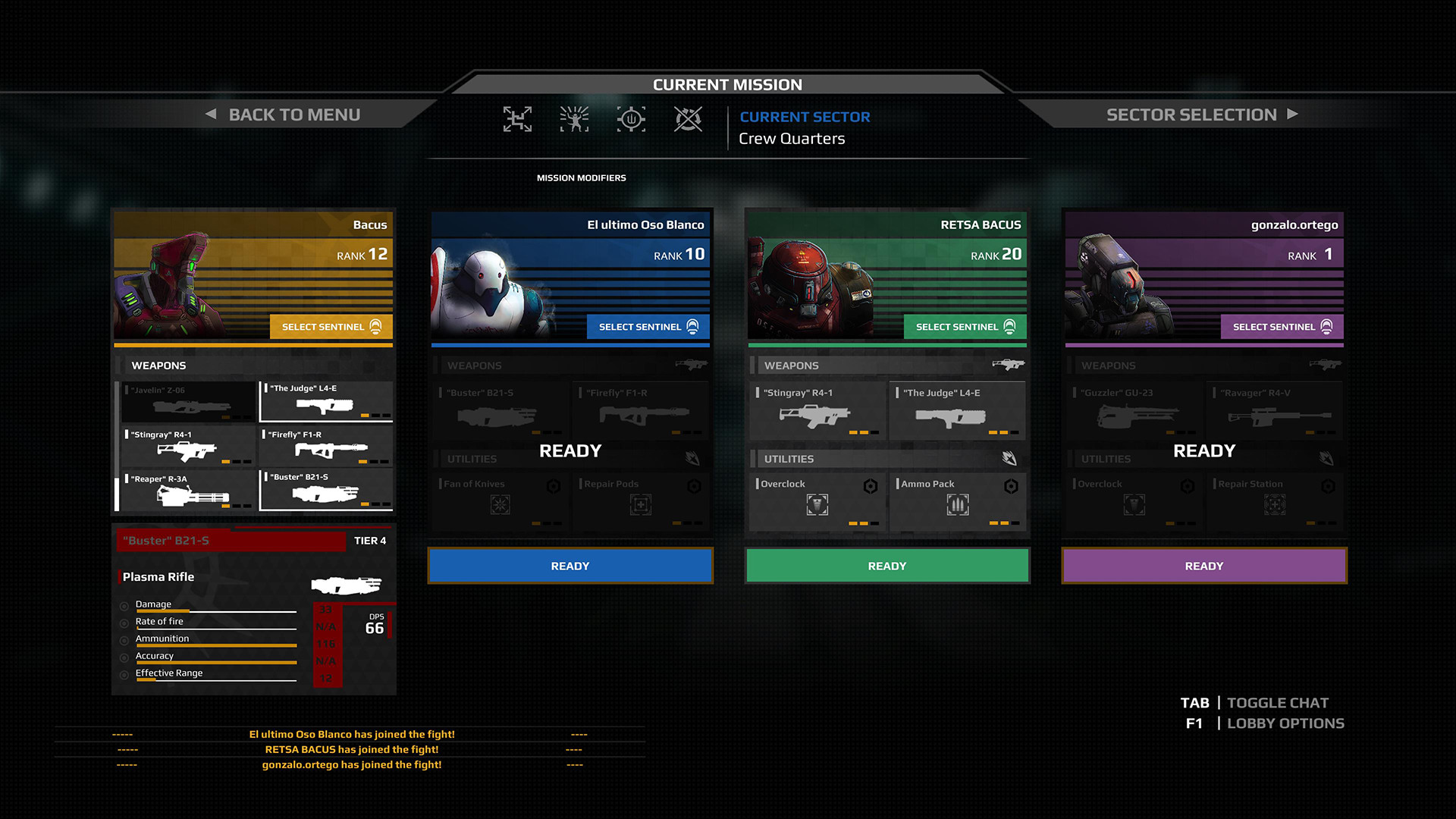 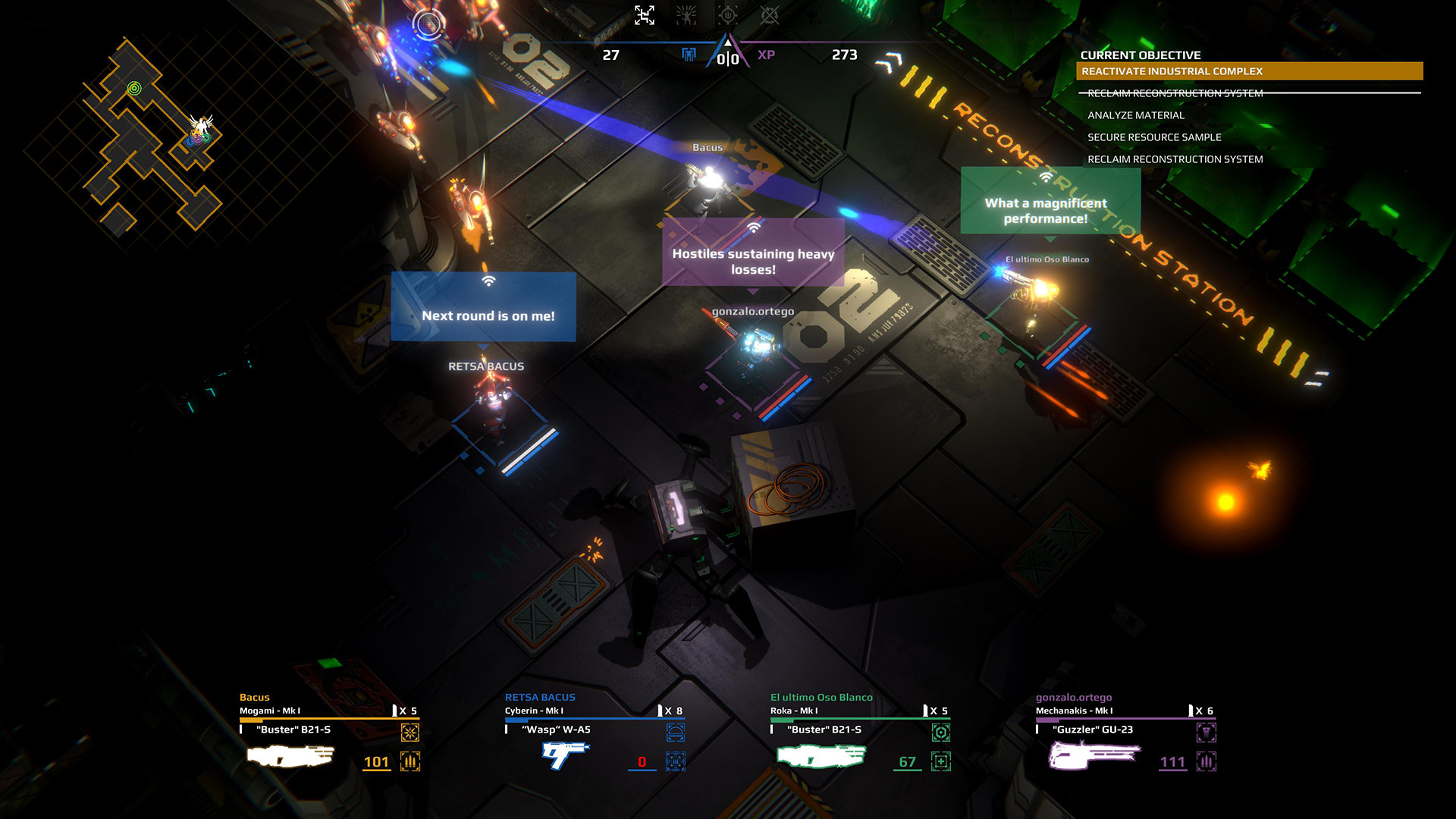 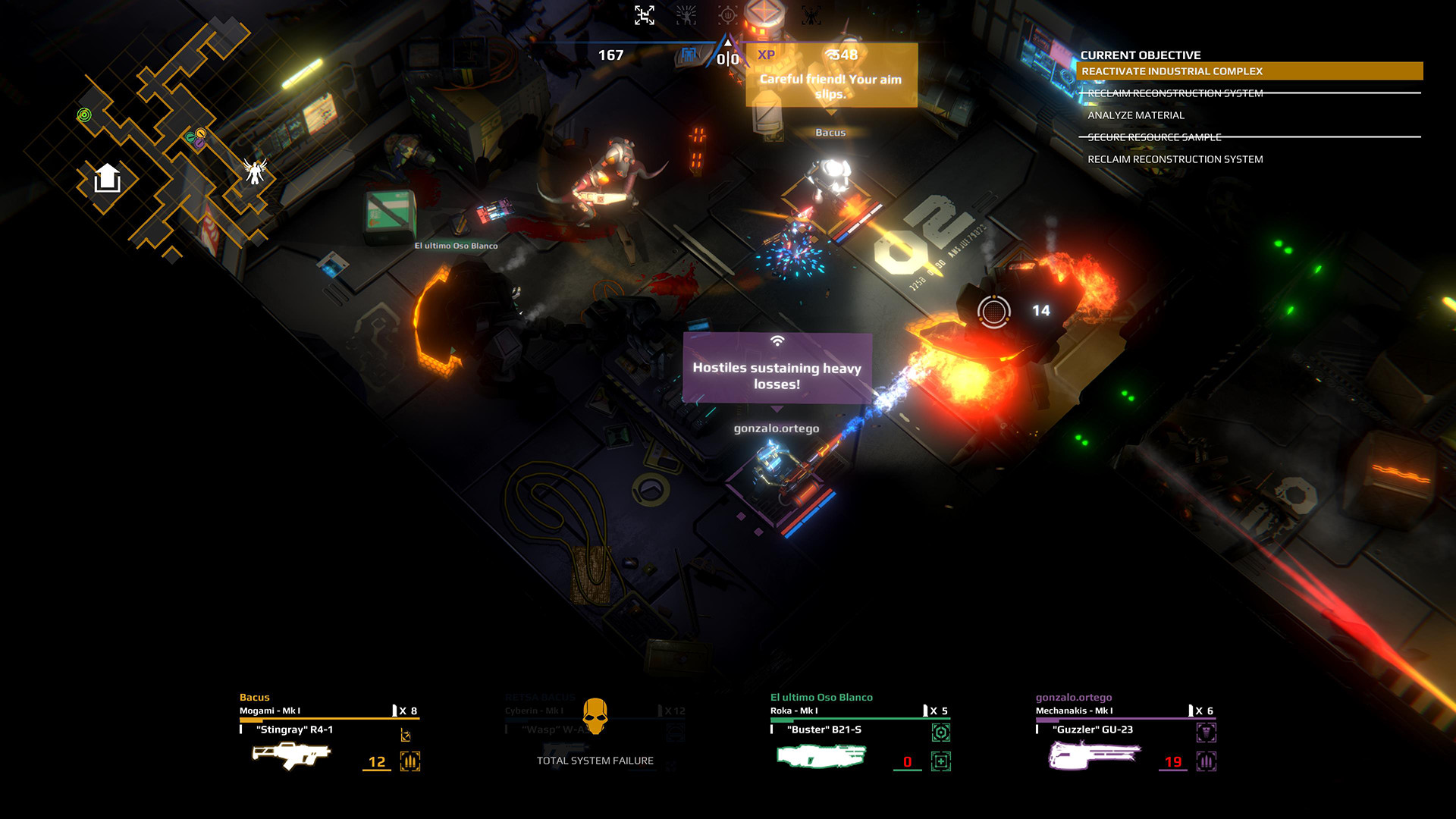 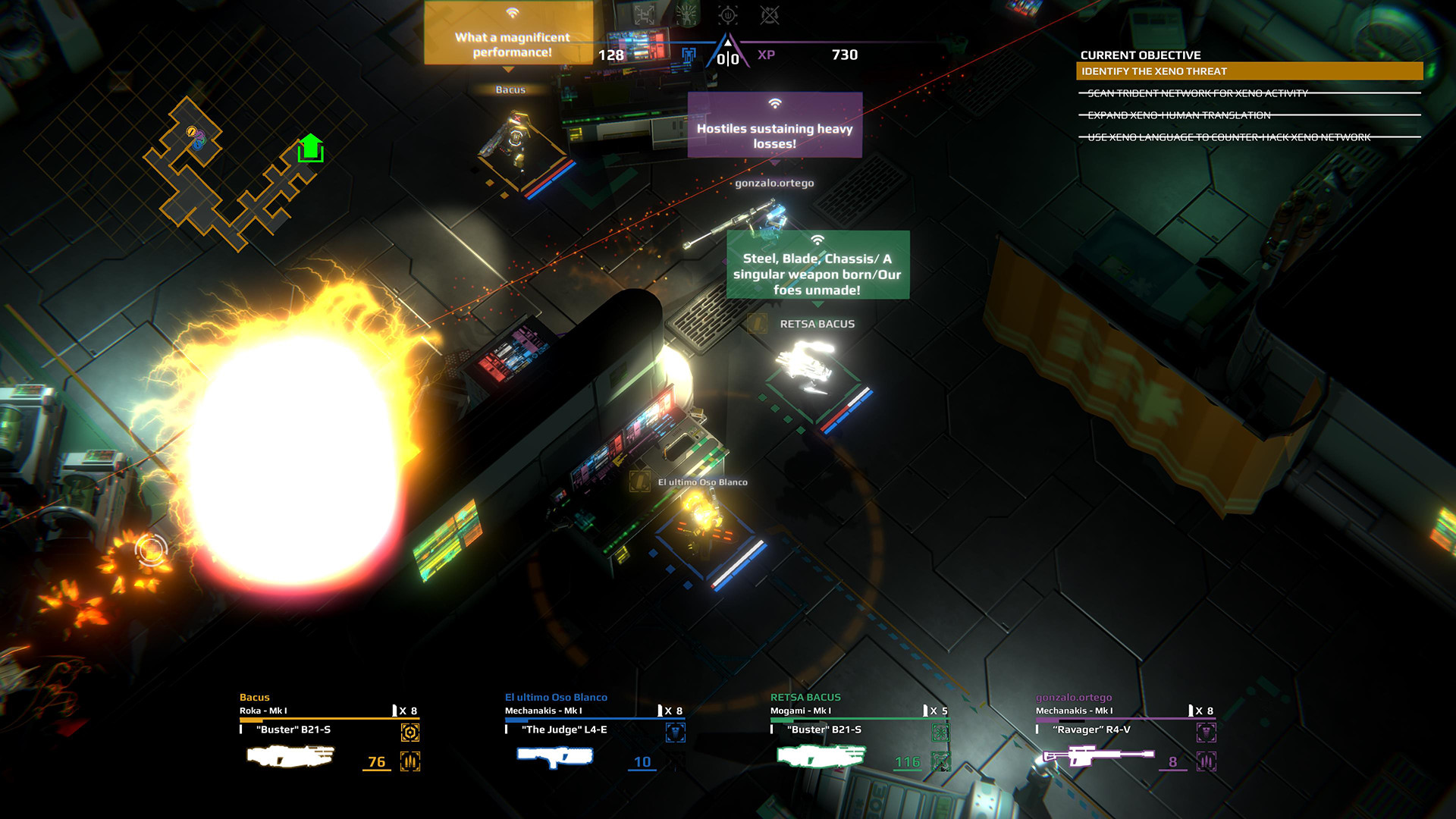 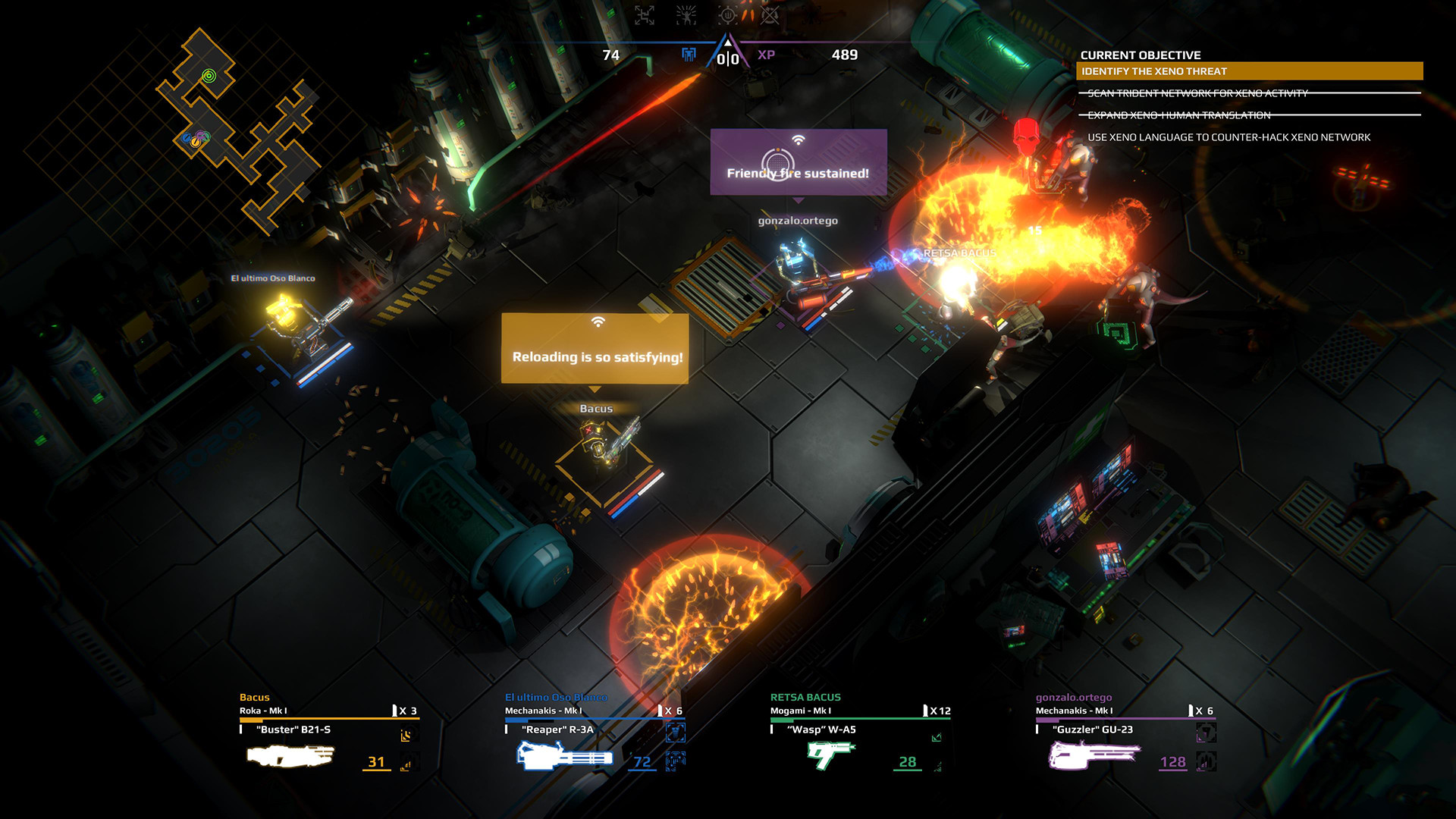 As an ECHO – a digital entity representing a human’s consciousness – you can transfer yourself into a Sentinel, a mechanized chassis built specifically for this purpose. Manufactured by various companies, each has been built to fulfill a different role on the battlefield.

Now that the Trident, humanity’s last colony ship and bastion of hope, has been overrun by an unknown alien force, it’s up to you to take it back and ensure humanity’s embryo’s survival.

Will you take the enemy head-on with a Moskva, deploying a barrier that allows your allies to take some cover? Or perhaps you’d prefer the nimble Mogami that can dash behind enemy lines, deliver a deadly spread of super-heated projectiles, and dash back to safety? Choose wisely and co-operate with your team, and humanity may still have a chance to start anew.

You also have at your disposal a wide array of weaponry and abilities. Mix a flamethrower, the “Guzzler”, with a “Javelin” railgun or a "Viper" hand cannon with the "Buster" plasma rifle. Throw a supply pack for your teammates and receive a repair station as a thank you. Add mission modifiers to raise the stakes in exchange for increased rewards. Fight through each of the ship’s sectors, and free them to unlock new weapons and abilities.

Customize your weapons by re-rolling their stats, and upgrade them once you’ve found enough tech. Unlock passive bonuses as you increase in rank, and become the legend that aliens fear.

Remember your training and what’s at stake. Humanity is counting on you, ECHO!