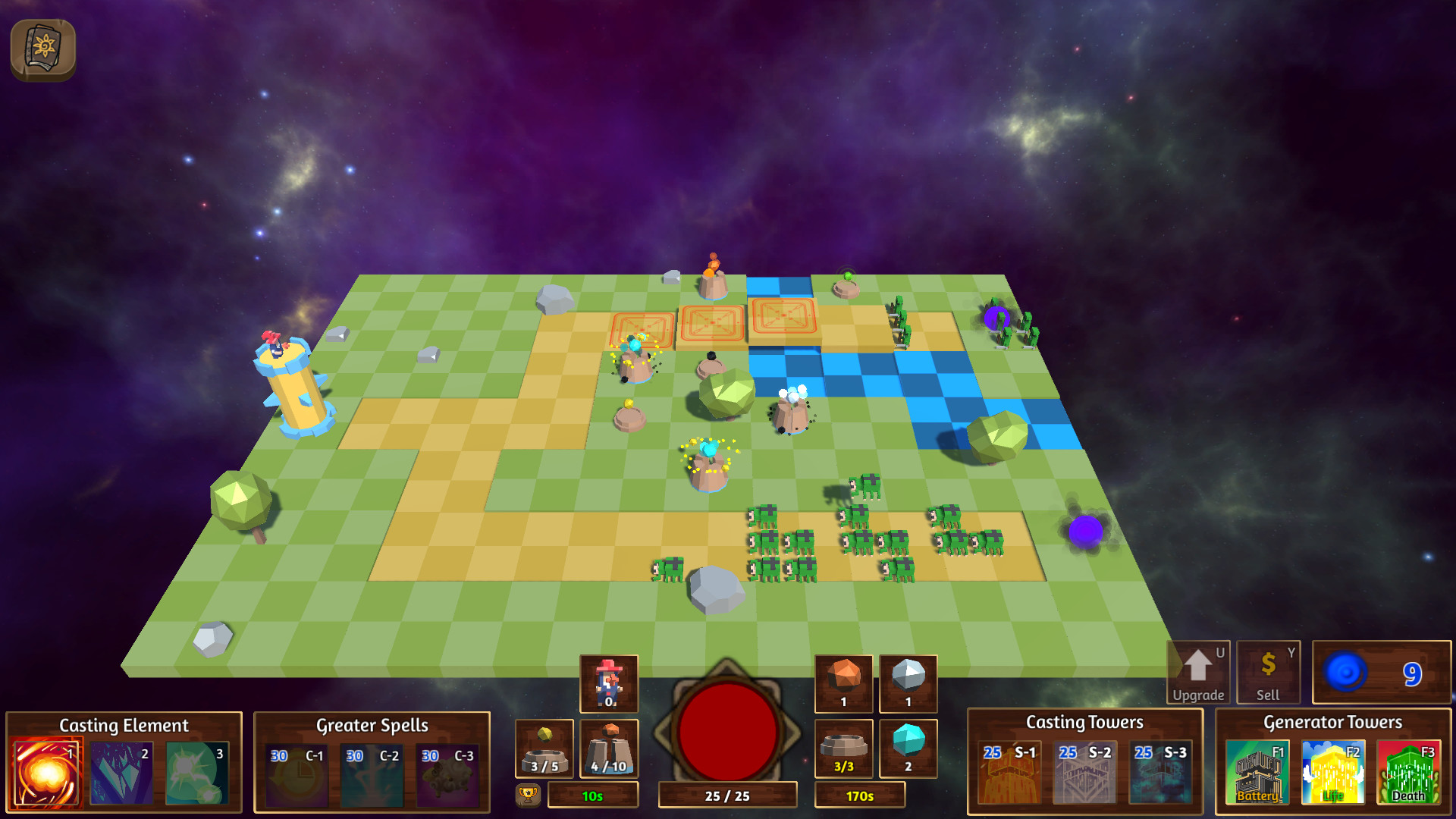 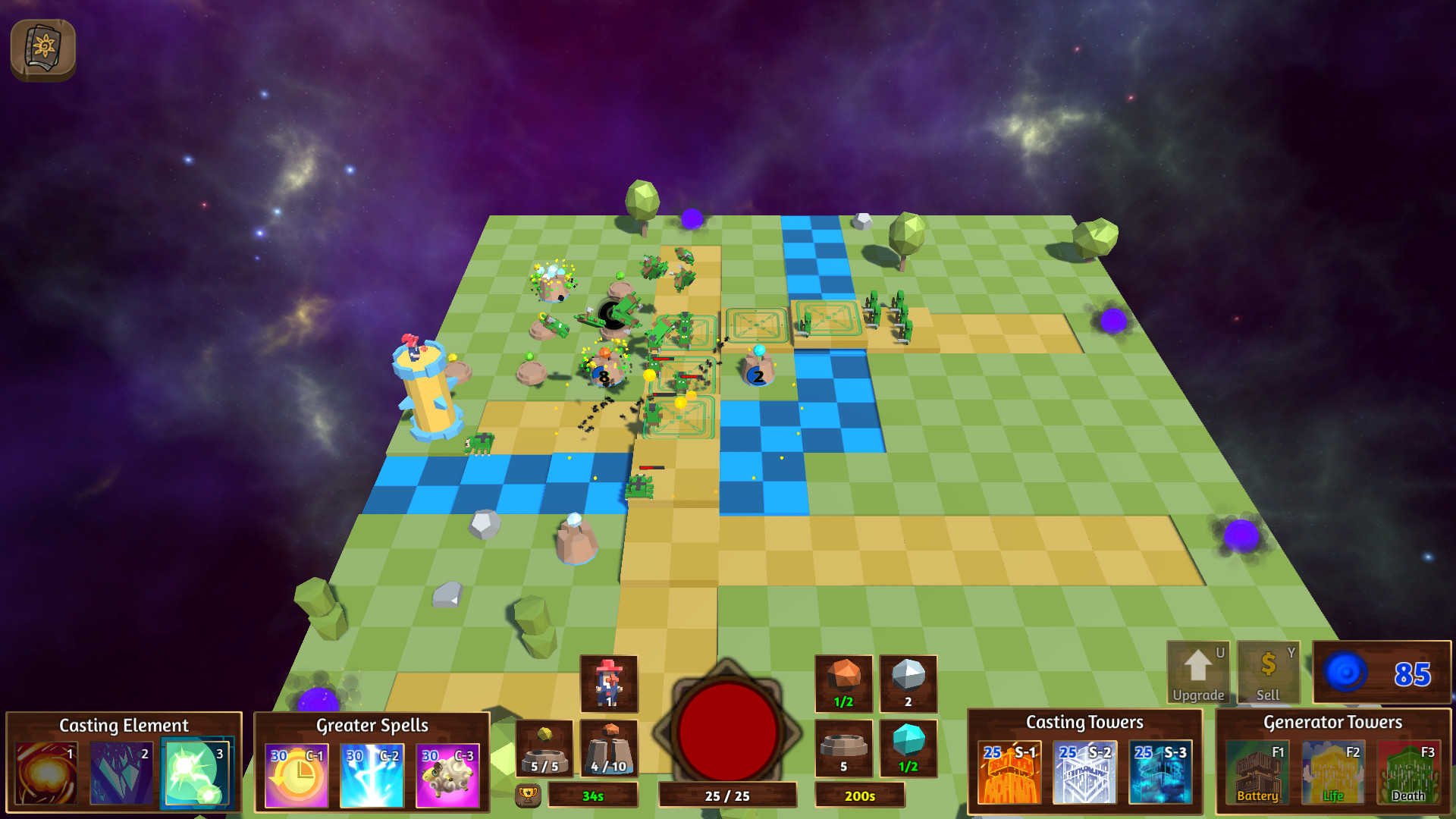 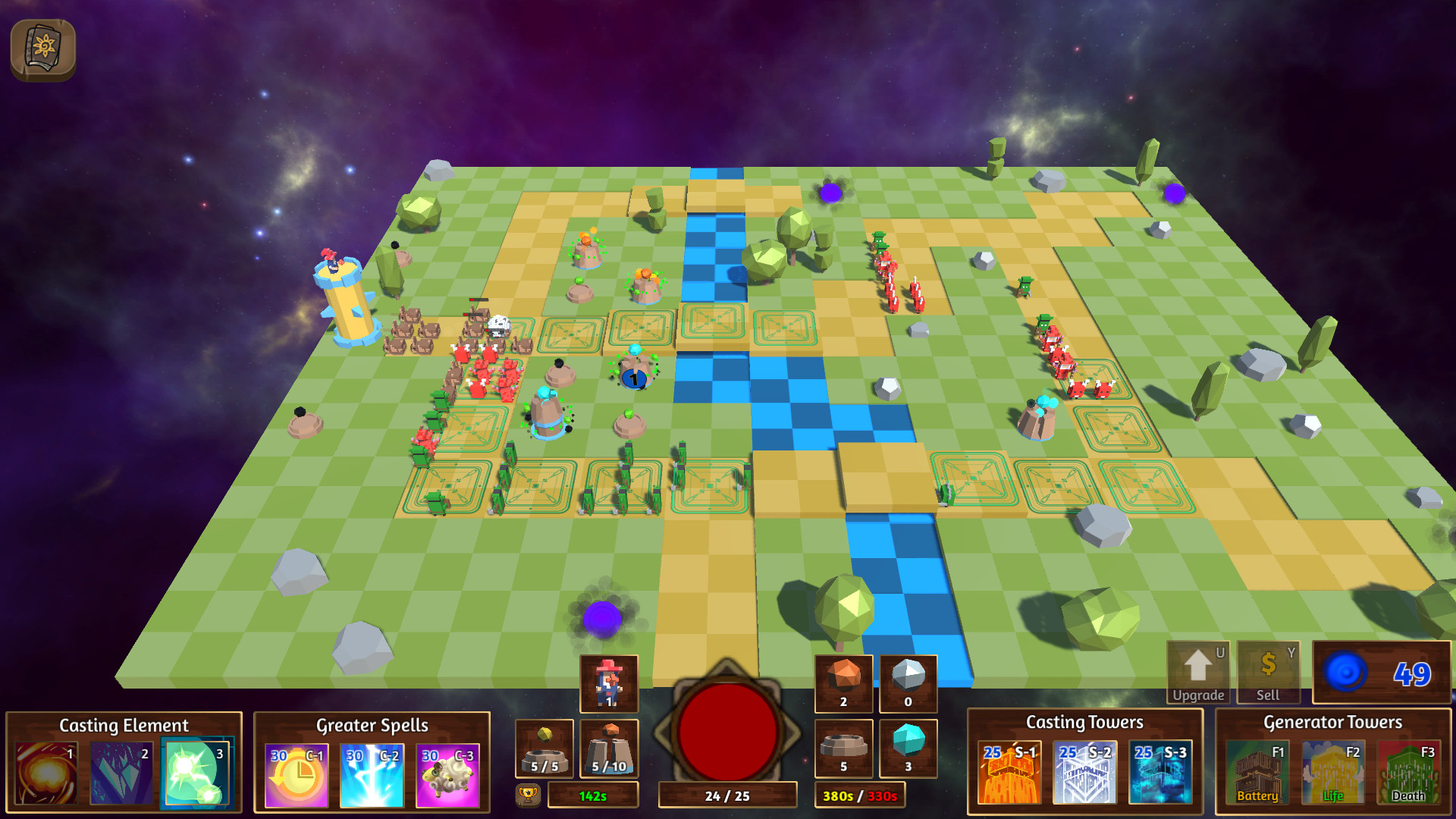 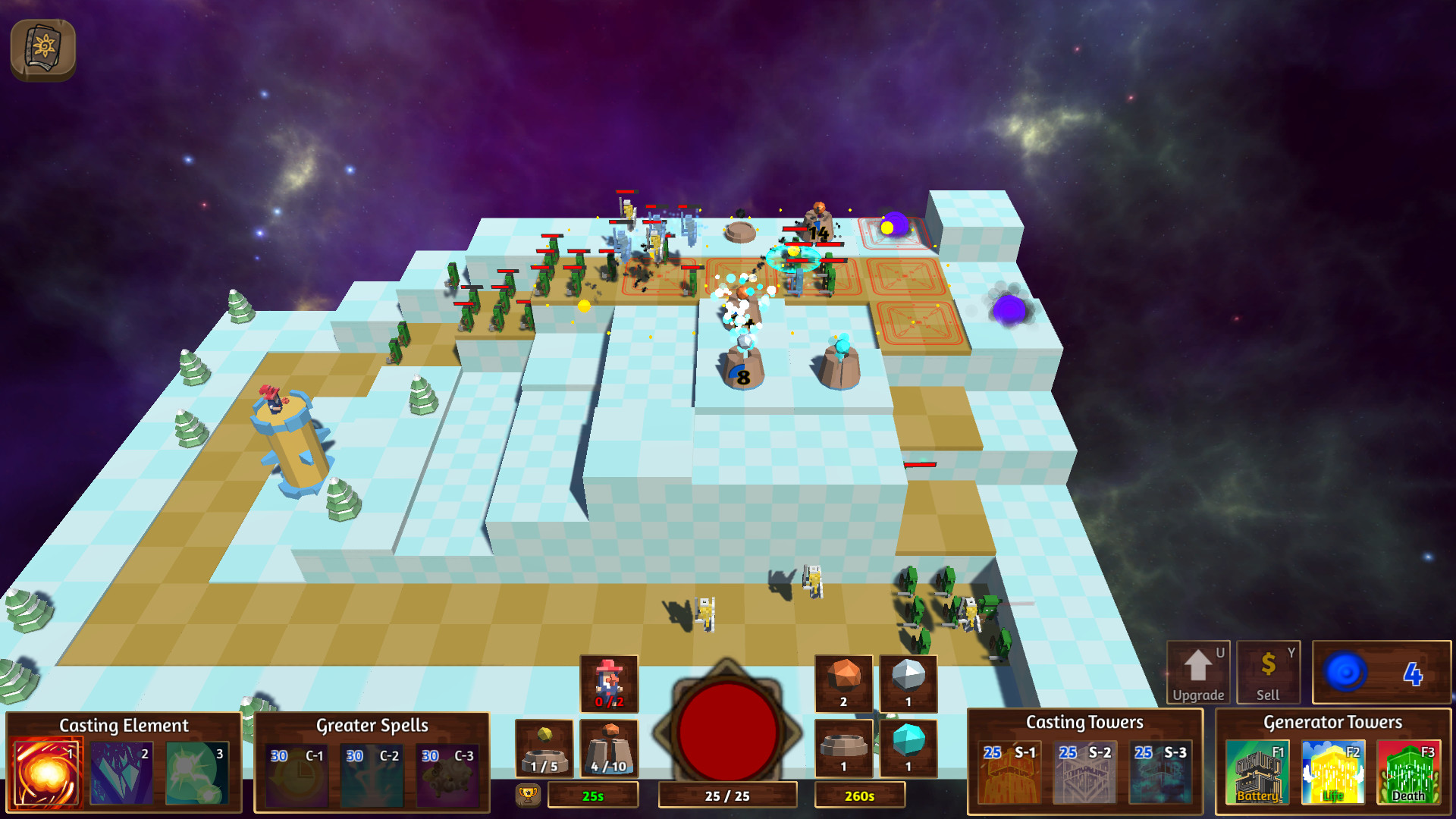 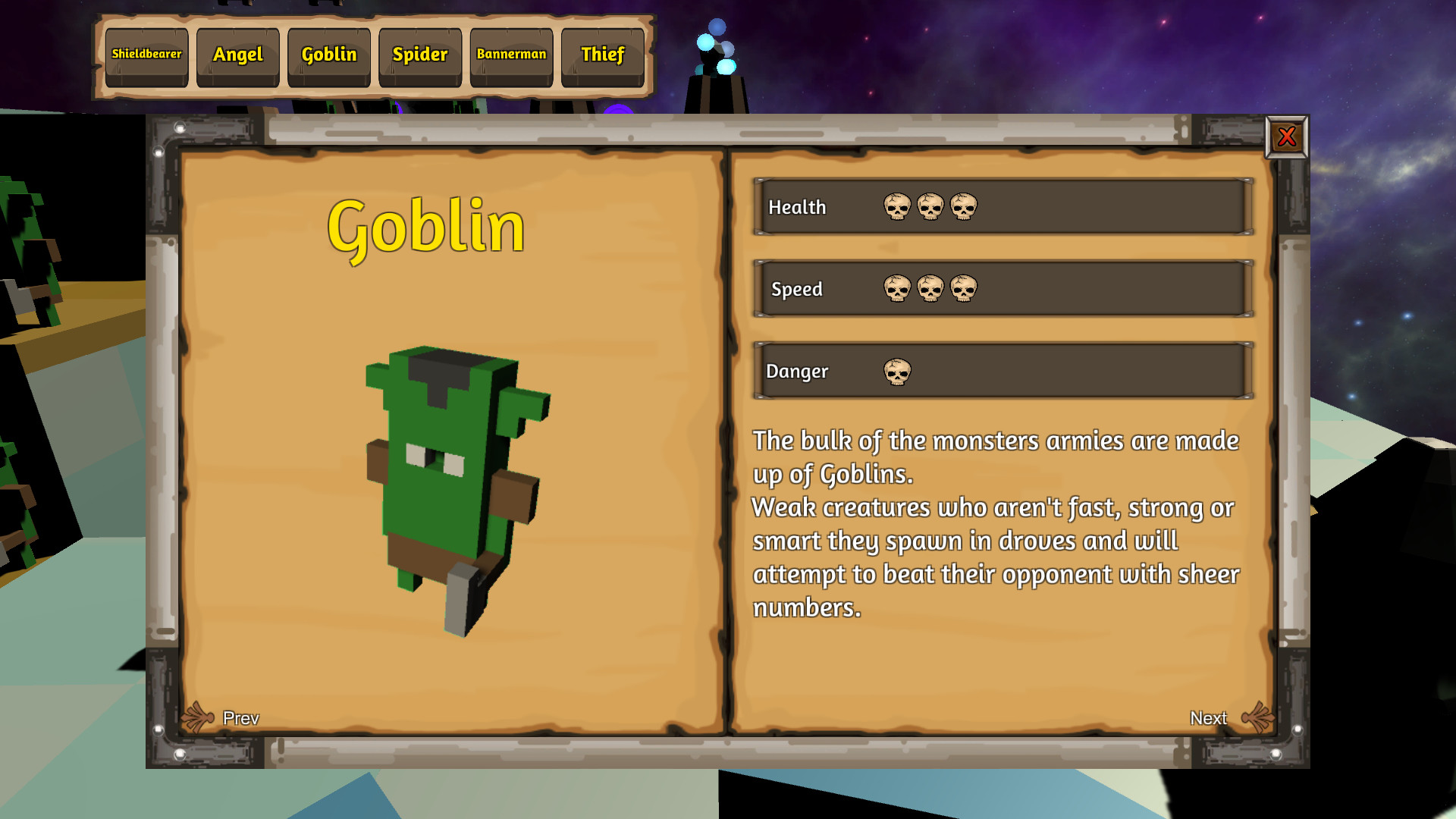 The Wizard's Tower is a Tower Defence game with a twist. As with standard Tower Defences enemies will advance upon the Wizard and attempt to destroy it. You will stop them using the wizards immense magical powers by conjuring up and utilising "Casting Towers".

"Casting Towers" allow you to channel the Wizard's power into "Spells". These come in three elements, Fire, Ice and Storm. Unlike most Tower Defences you choose when to fire each tower individually giving you far more control over how to get different spells to work together.

As well as the Elemental spells the Wizard has a variety of trump cards at his disposal. Greater Spells create game changing moments allowing you to steal victory back from the jaws of defeat, or turn ugly goblins into cute little bunnies.

The enemies come in a variety of shapes and sizes. Most as classified as standard and have varying different skills, speeds and health to deal with. However the real threat is the boss class enemies. Far larger than standard enemies boss enemies are extraordinarily powerful with unique and powerful skills that need a bit of extra thought to beat before they reach and destroy your Tower.