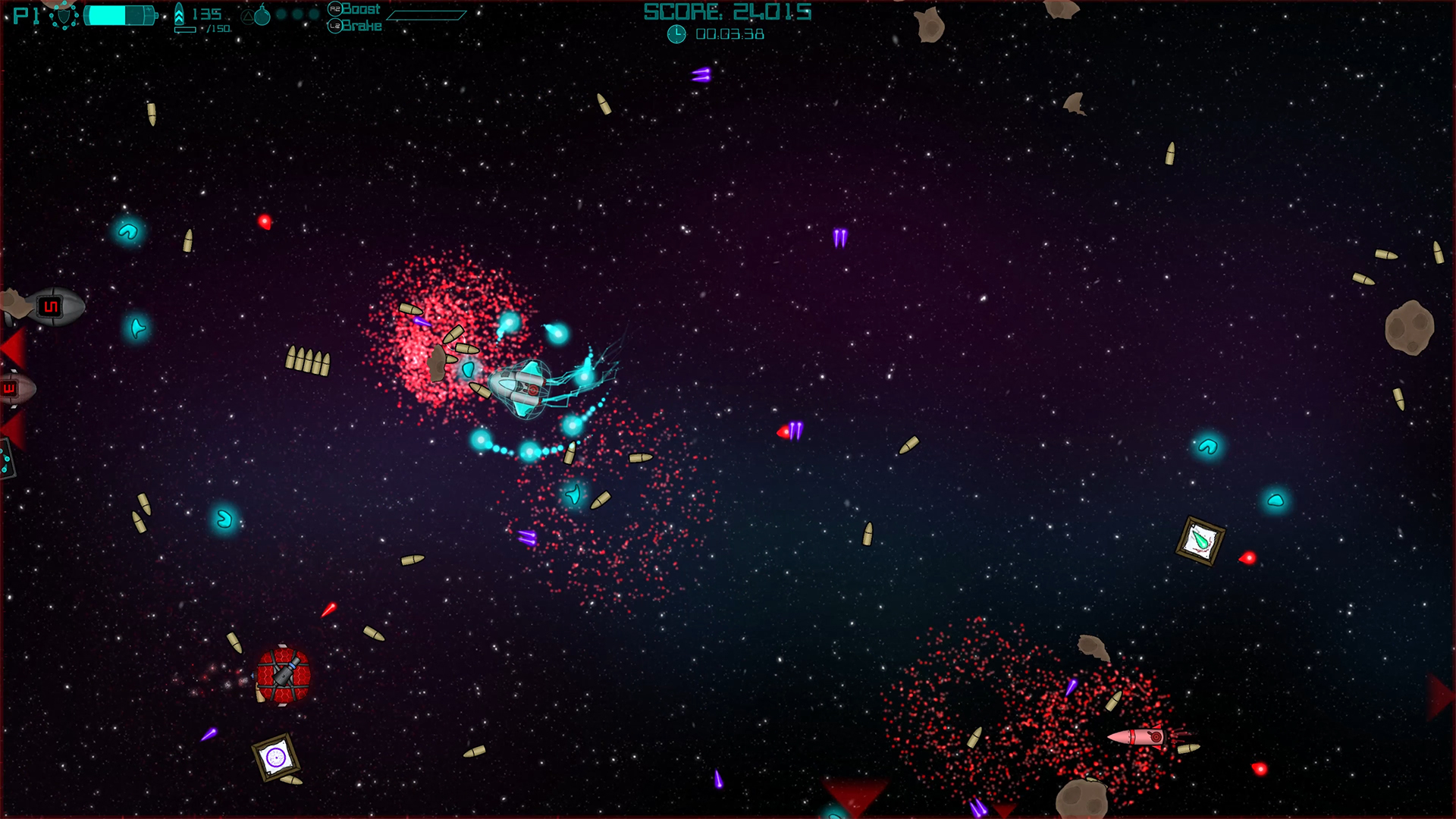 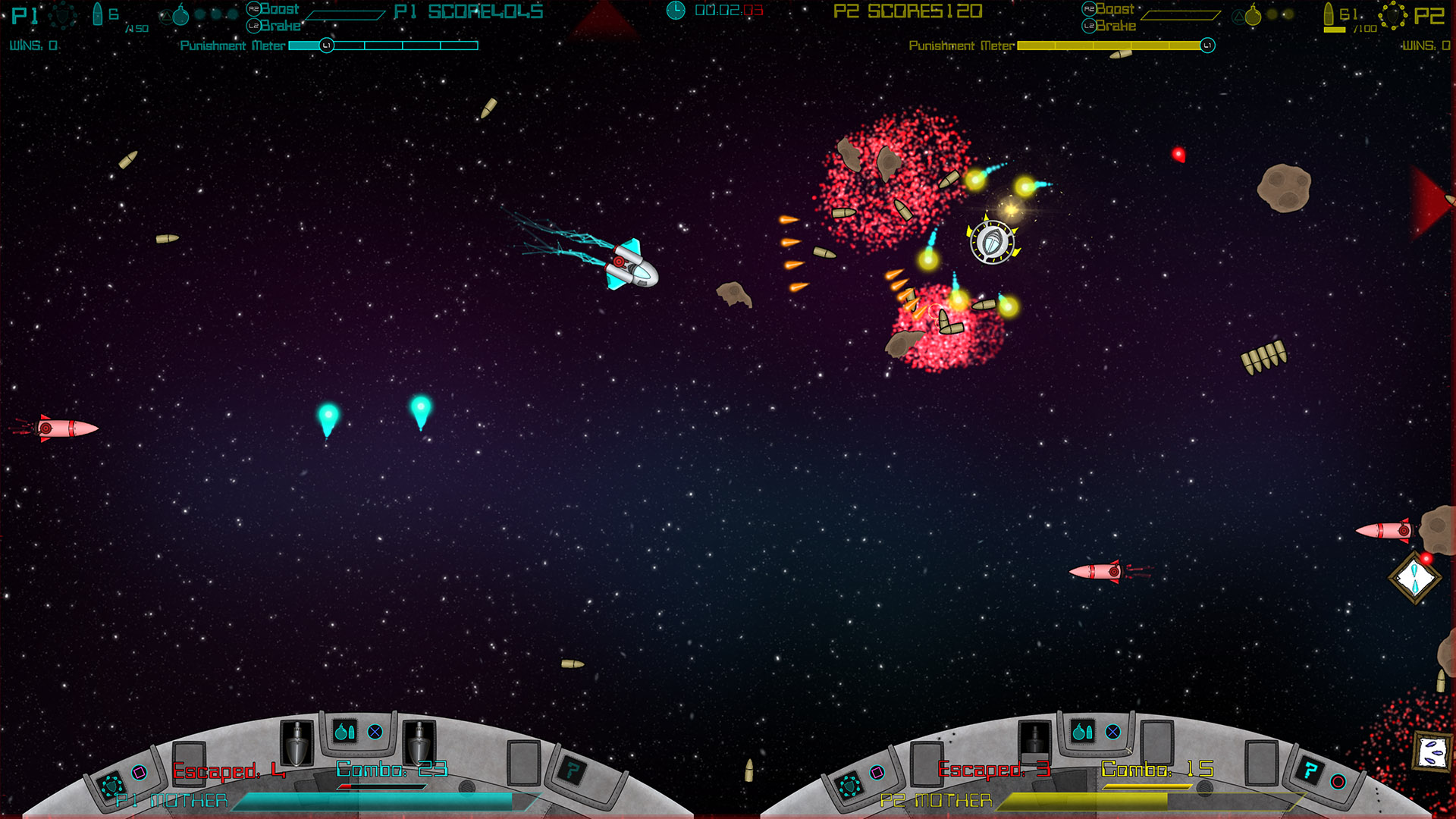 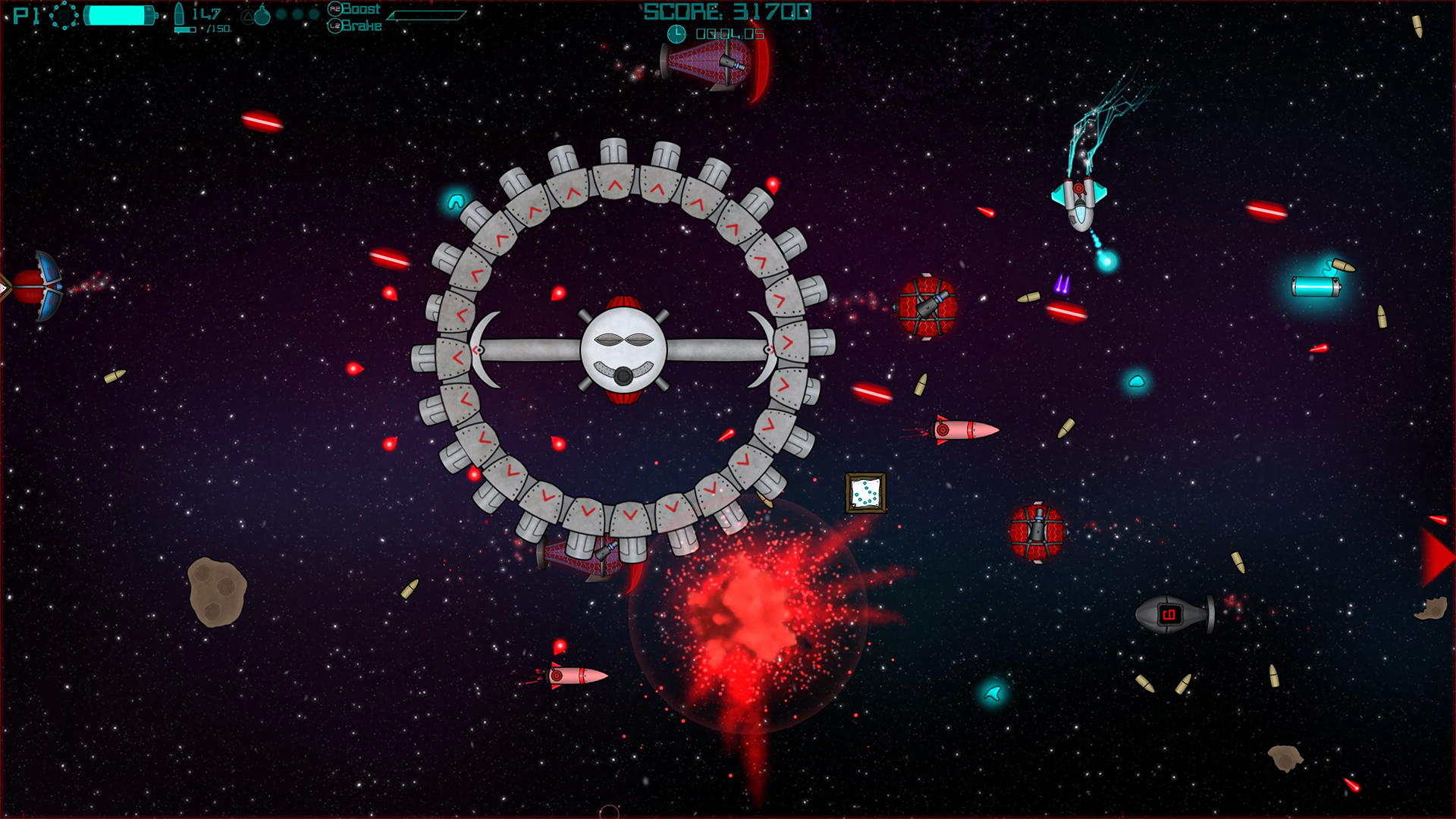 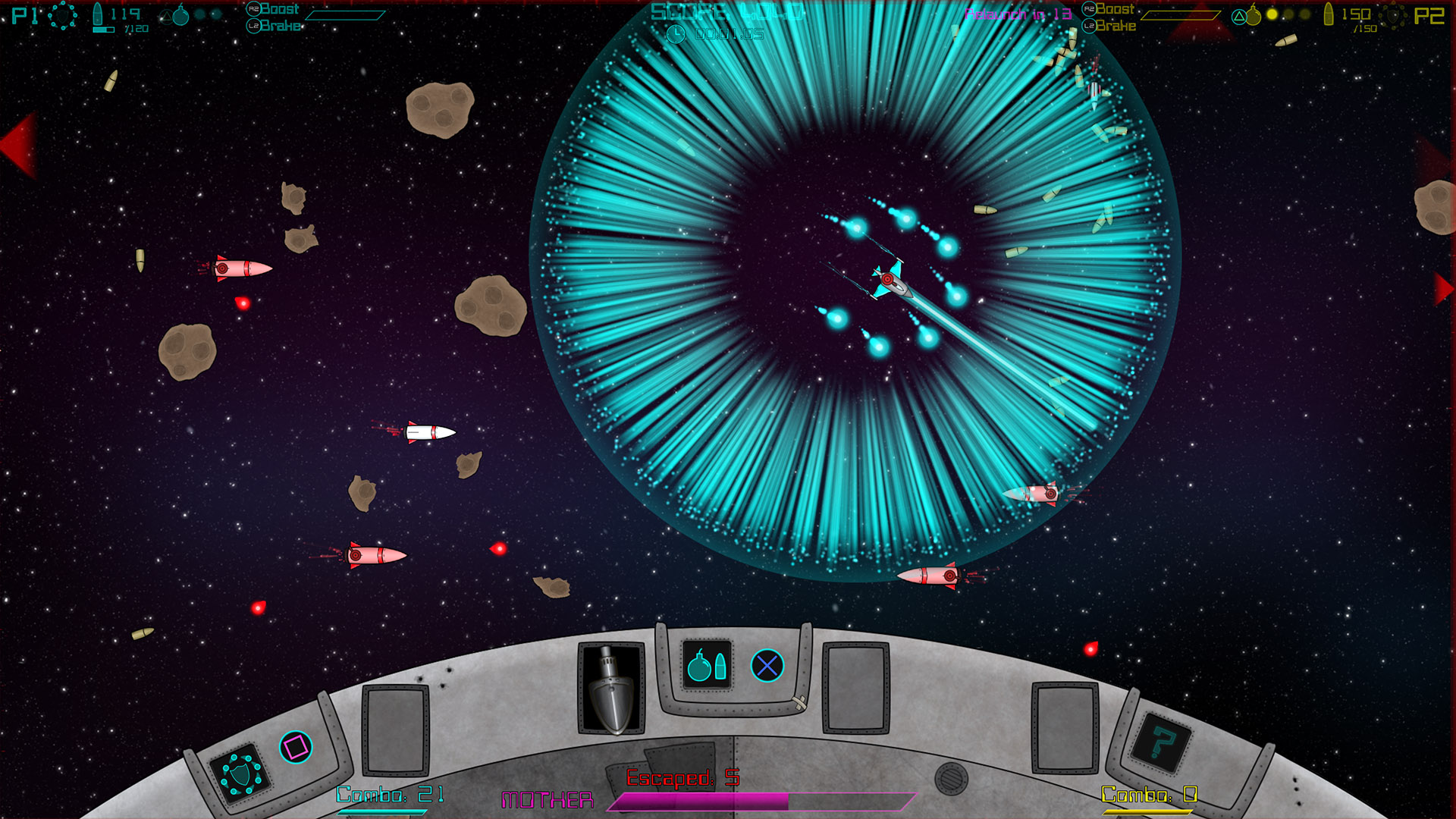 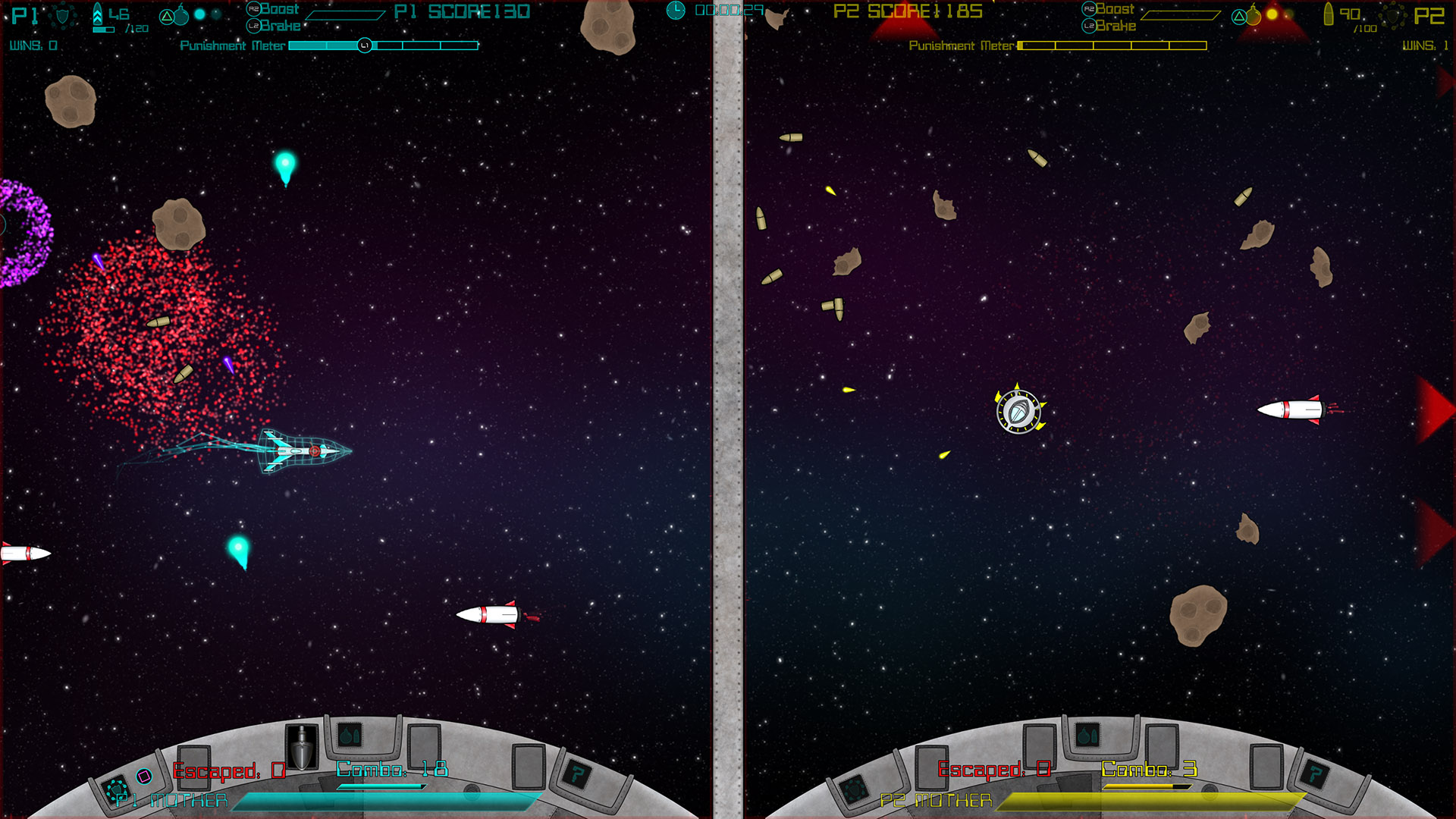 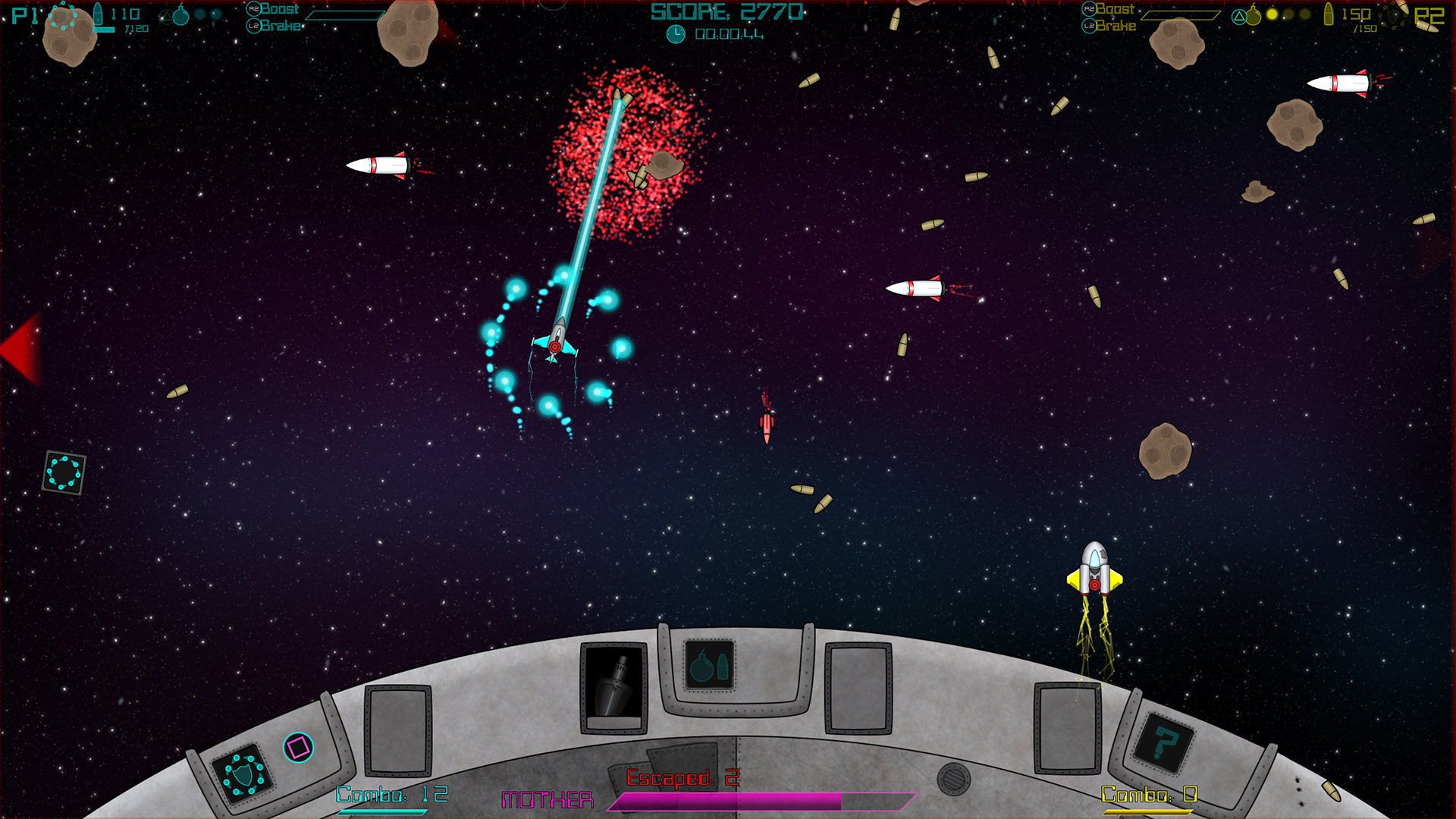 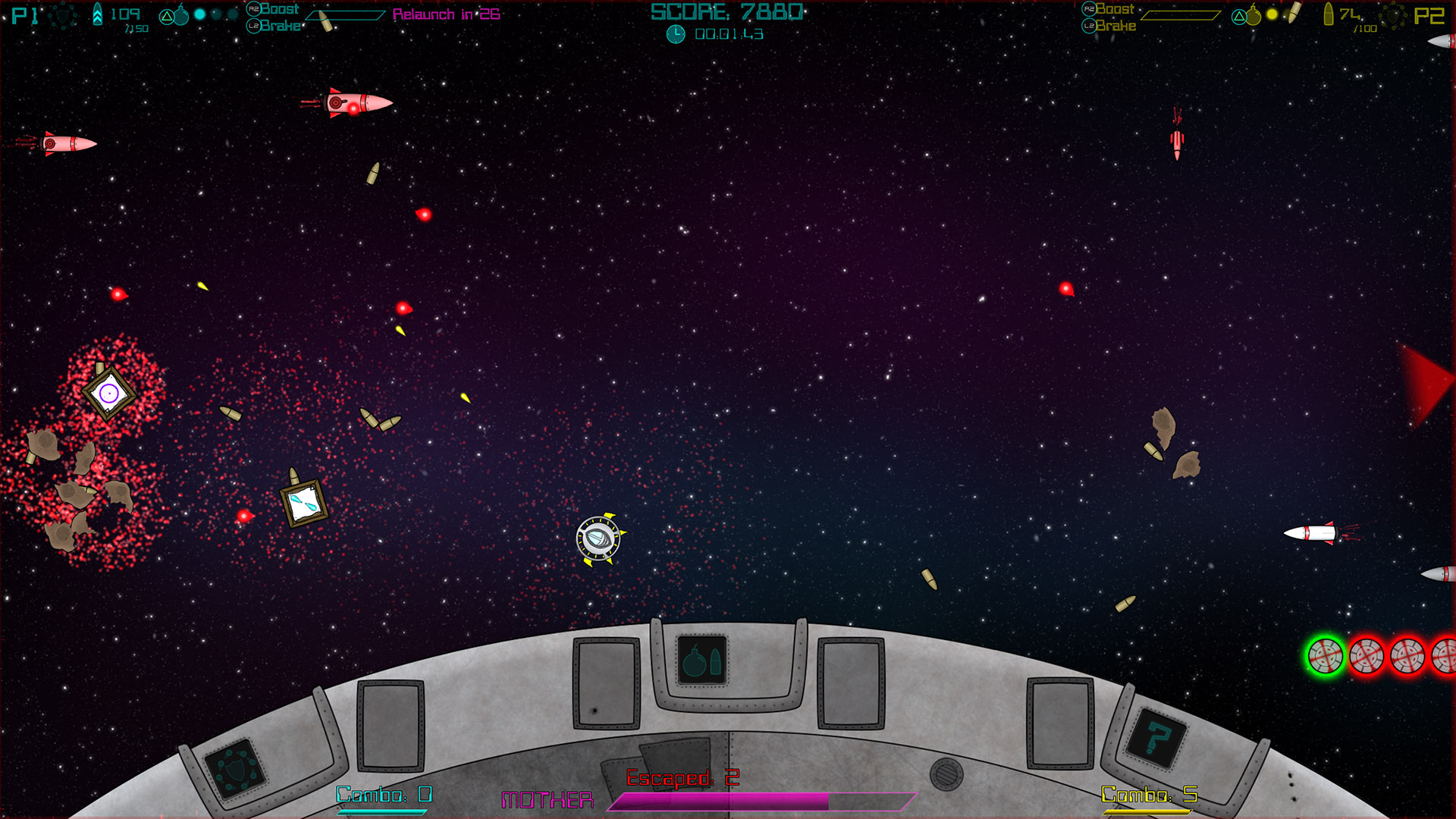 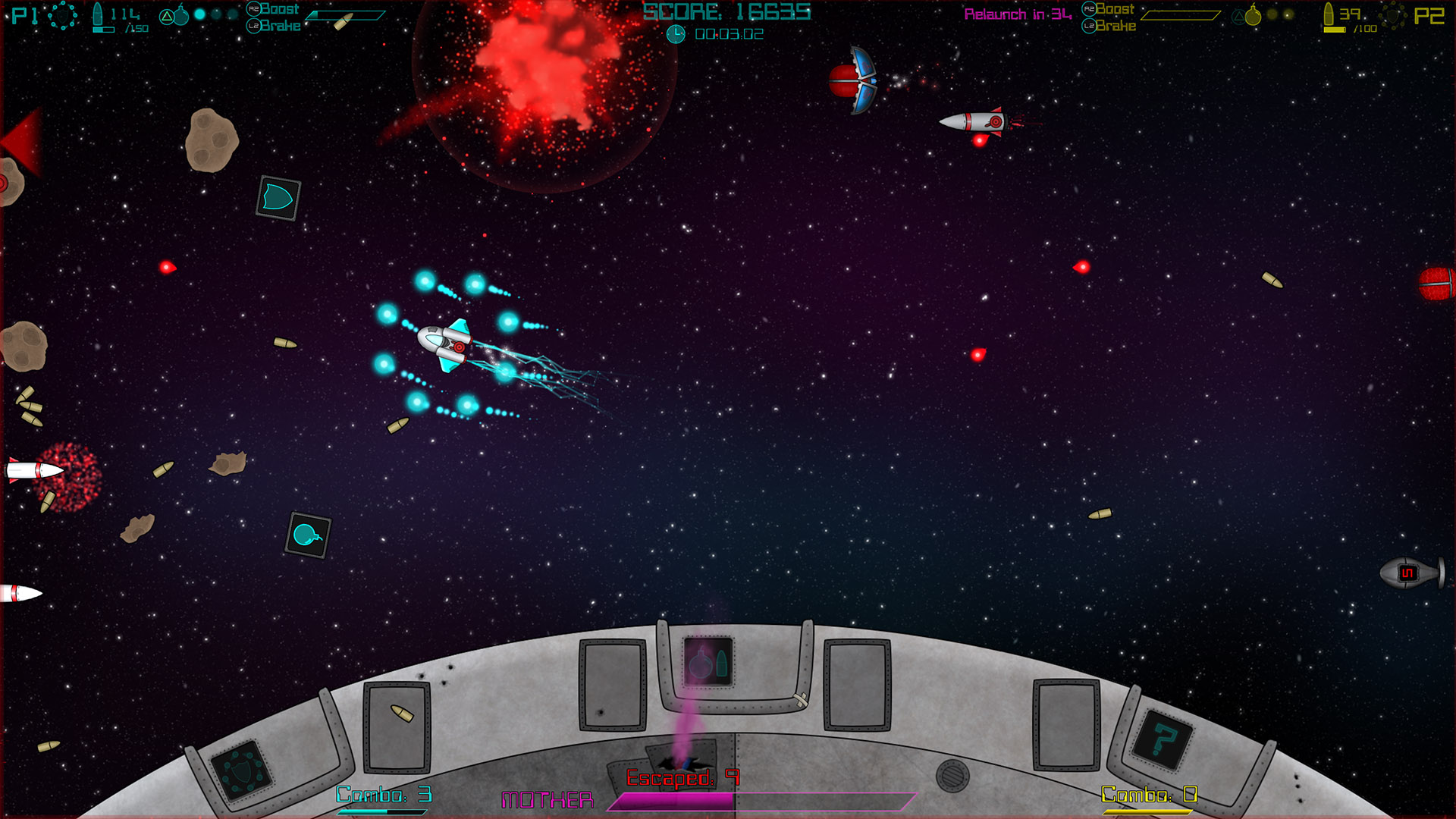 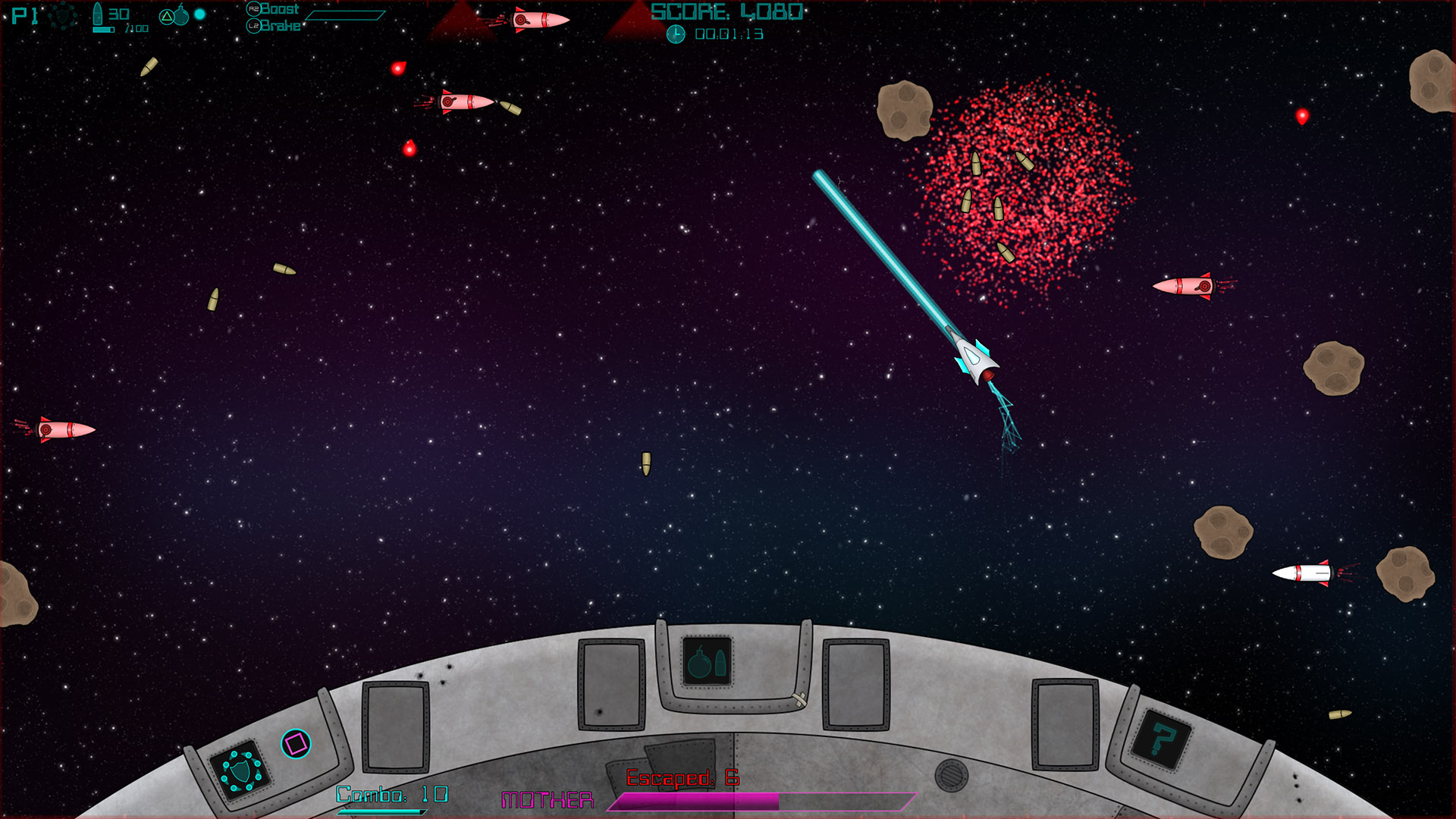 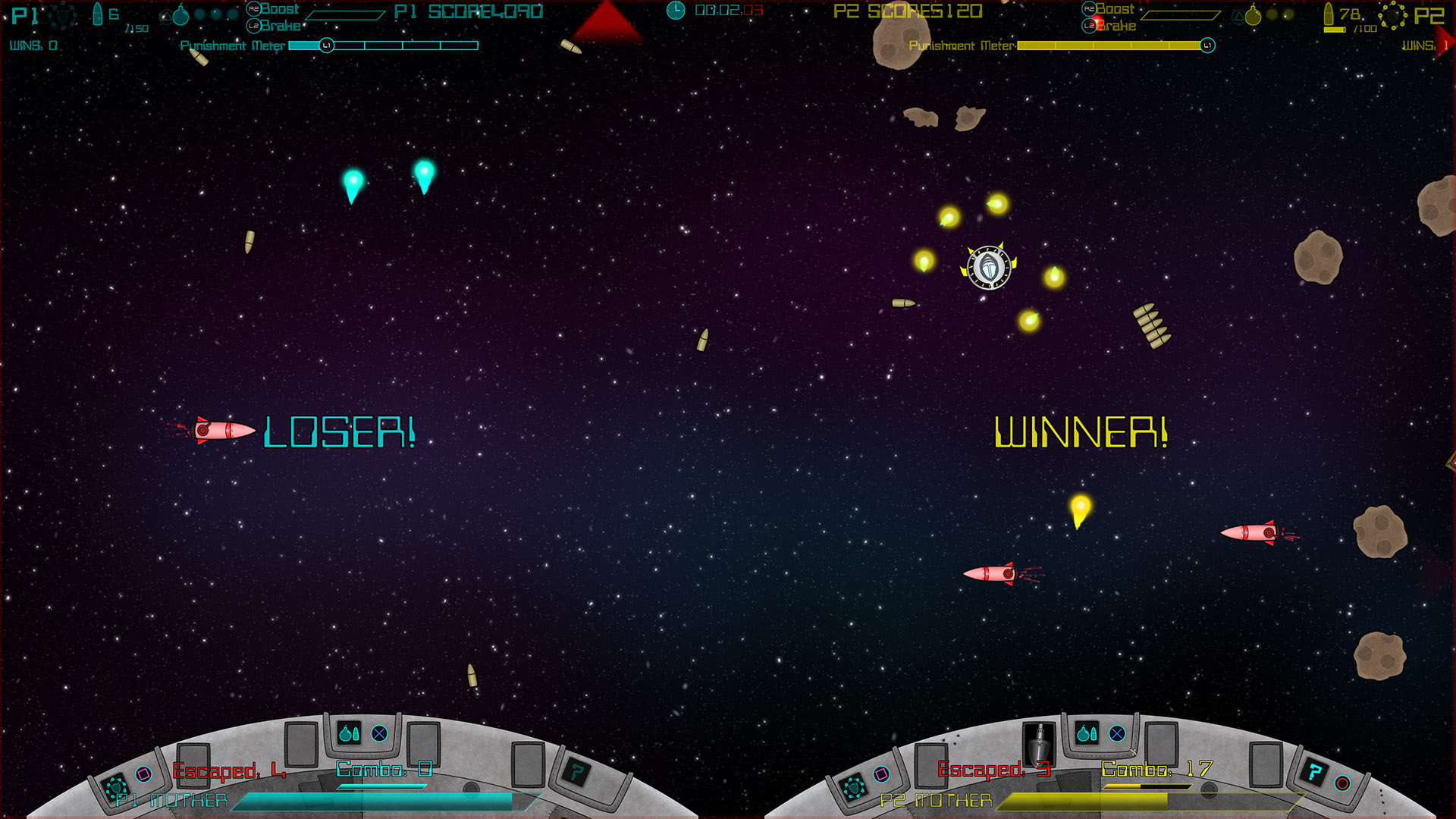 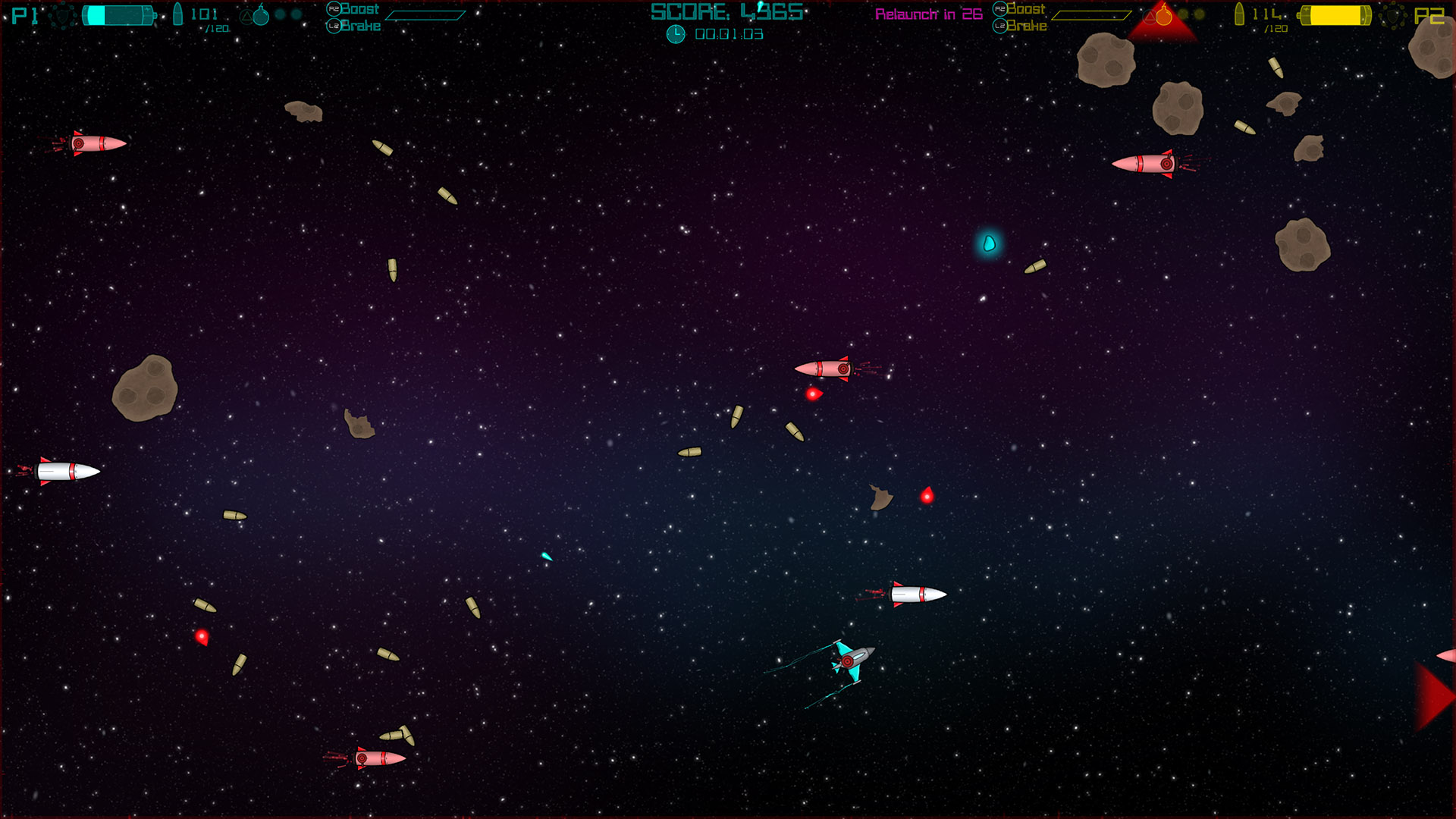 A modern take on the retro arcade shoot 'em up (shmup). Super Mega Space Blaster Special is an addictive, fast-paced space shooter with bullet hell elements. Blast your way through 3 modes; managing fuel and ammo to get to the big-boss in 'Survival Mode', protecting your mothership from damage in 'Protect Mother Mode', and blasting your friends into space dust in the local competitive multiplayer 'To The Death Mode'.

Play with a friend in local coop and work together to take out the aliens. Collect coins to unlock more space blasters and get higher scores. Use each space blaster's strengths to your advantage from turrets that allow twin stick control, to fast manoeuvrable ships that can outrun your foes. Arm yourself to the teeth with awesome power-ups like big-bombs, homing missiles and lasers. Destroy the alien boss and continue the endless gameplay to rack up a massive score and become the ultimate space blaster pilot and top the leaderboards.


The year is 2051, the Earth is in ruin; a barely inhabitable polluted mess of smog and tar. A huge unmanned spaceship, launched by mankind years earlier as a last ditch attempt to survive, has found a possible inhabitable planet and is under attack from its residents.

That's where you come in pilot!

From earth you must remotely control one of the giant ship's space blasters and annihilate the alien threat so that humanity can continue. The survival of human kind is in your hands pilot. Don't let us down!


We are a small video game development studio of two people based in Manchester, United Kingdom. Whilst working on a bigger game (The Flawless: Art's Tale) for console and PC we took a month long break to make this game. When designing Super Mega Space Blaster Special we wanted to make a game that had that fun retro feeling of playing couch coop and competitive games with your mates or trying to get your name in an arcade game's leaderboard.

We also wanted to make sure the game offered great value for money and was fun to play, giving that urge for 'just one more go'. Now you can be the judge of this, leave a Steam review and let us know what you think. We are open to feedback and want to improve the game in any way we can. If you have any issues with the game please feel free to let us know and we'll do our best to solve the problem. We hope you enjoy the game, Happy blasting!