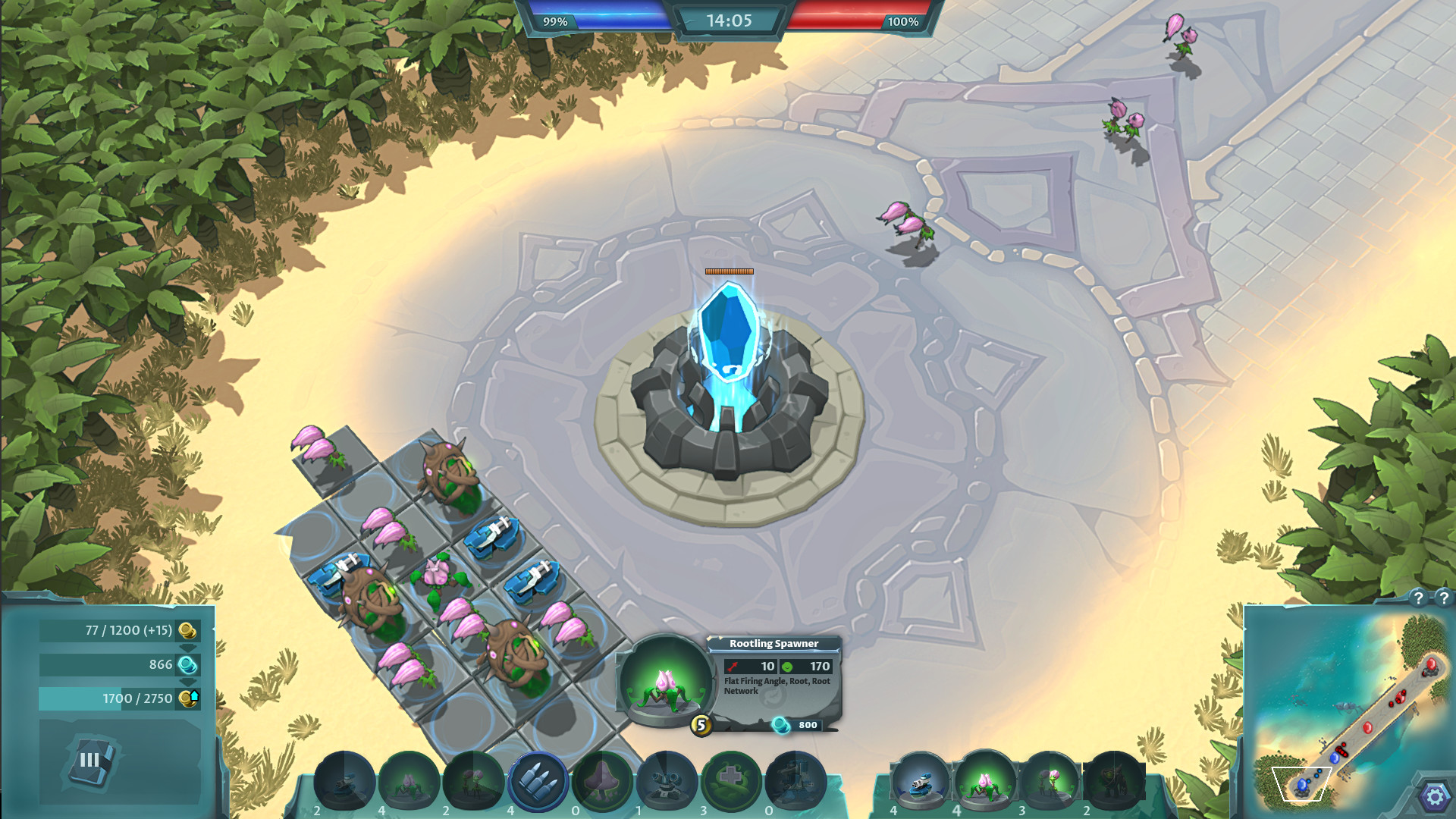 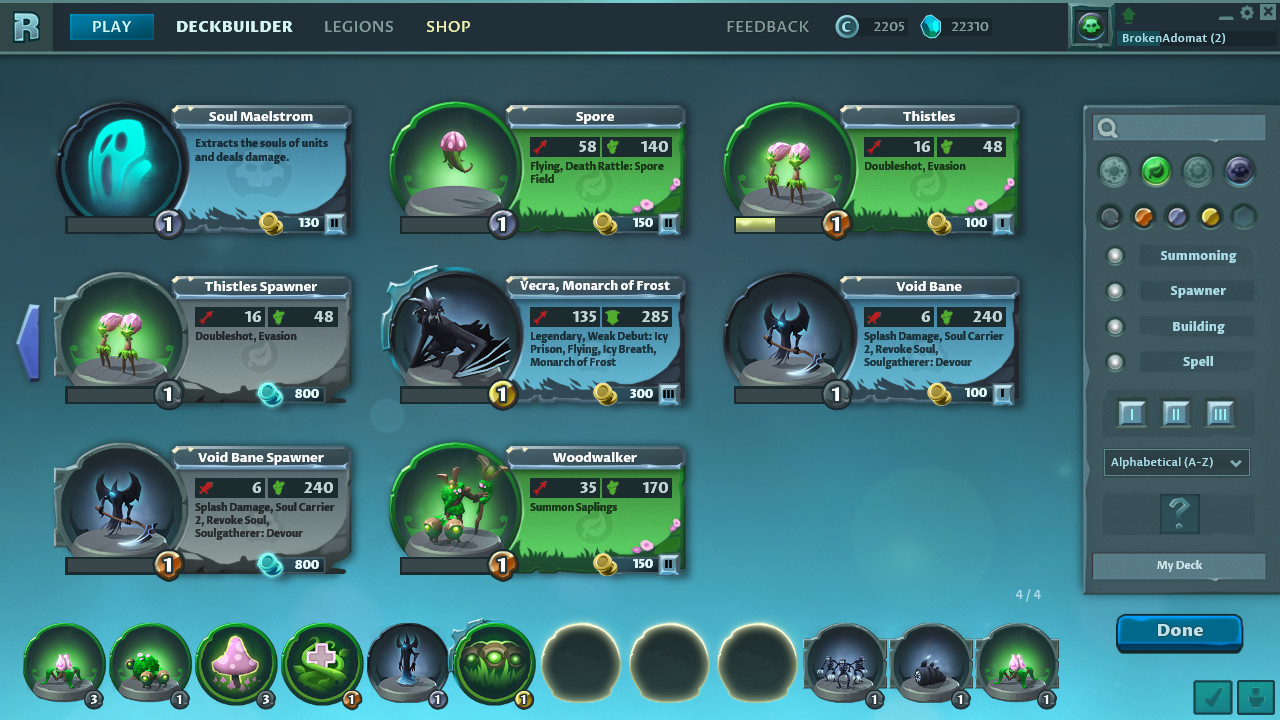 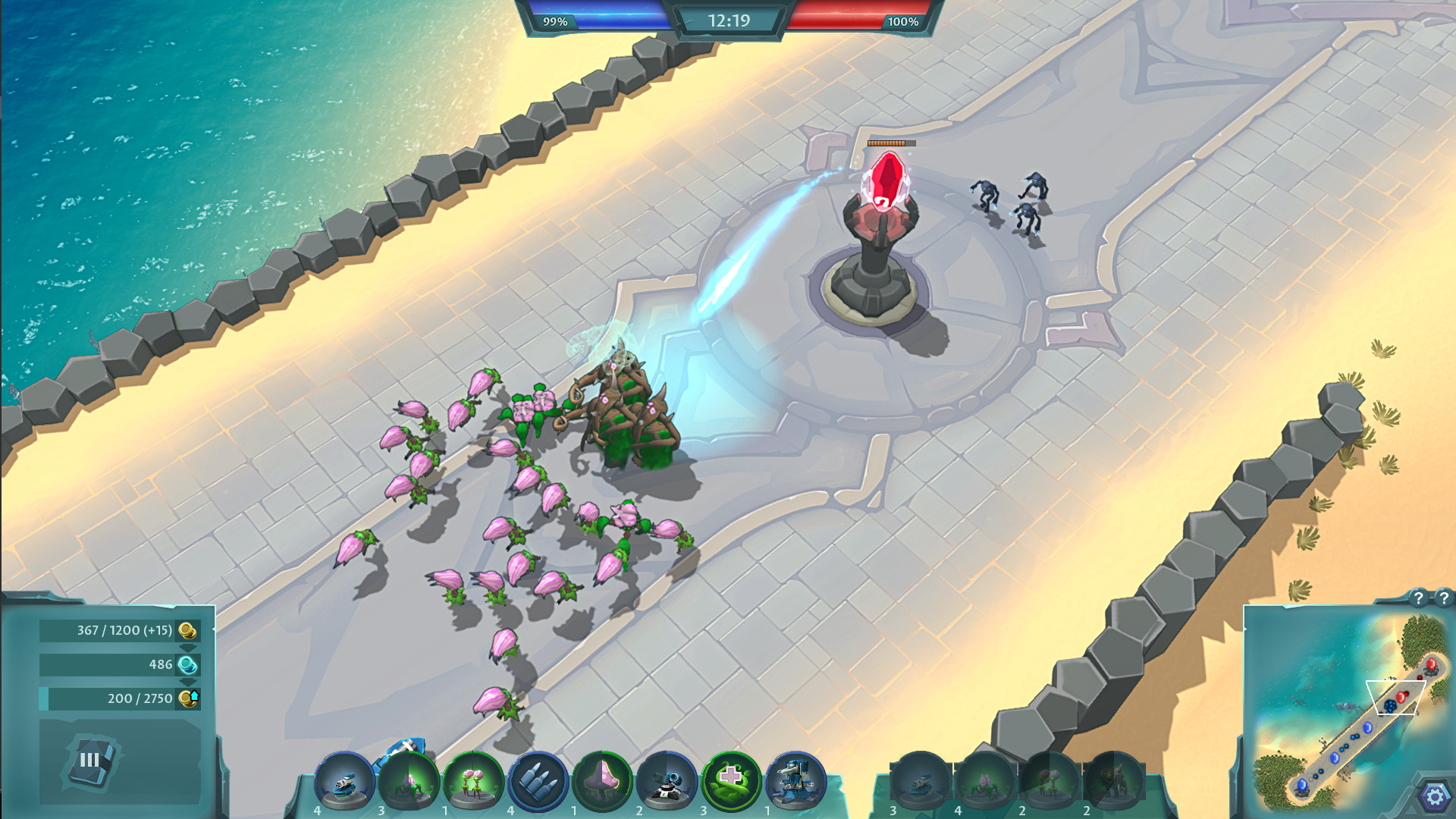 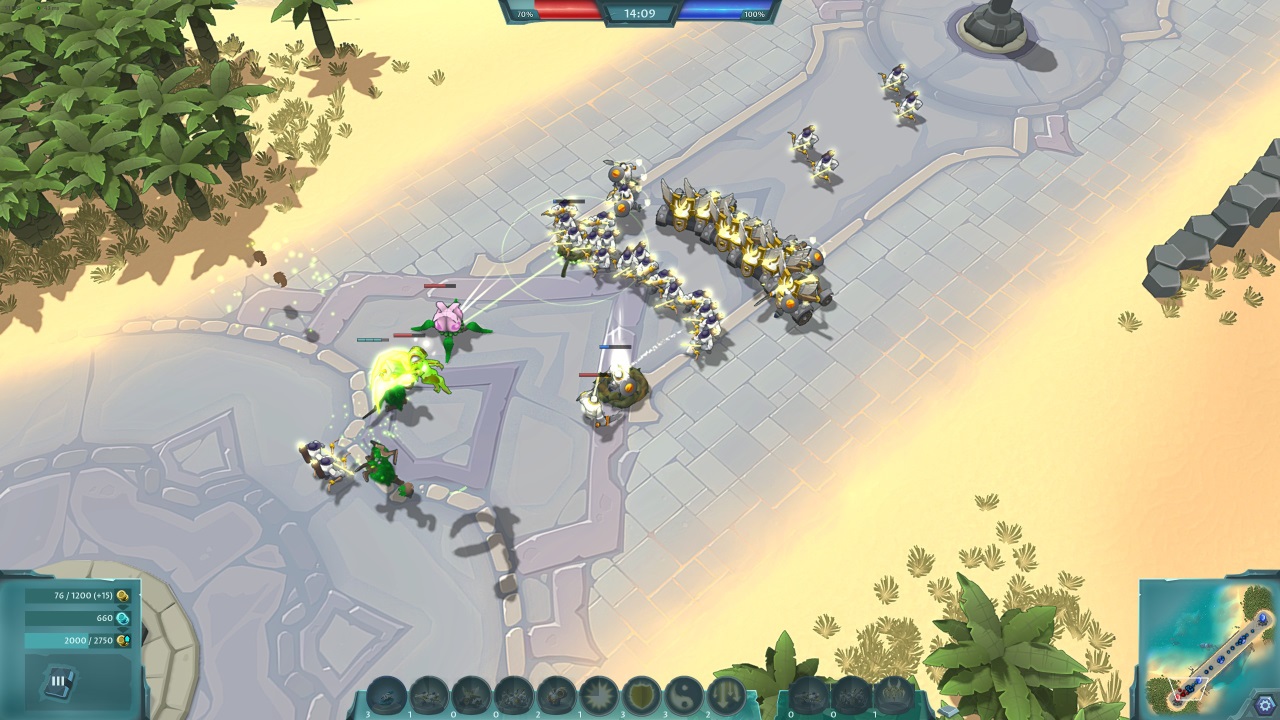 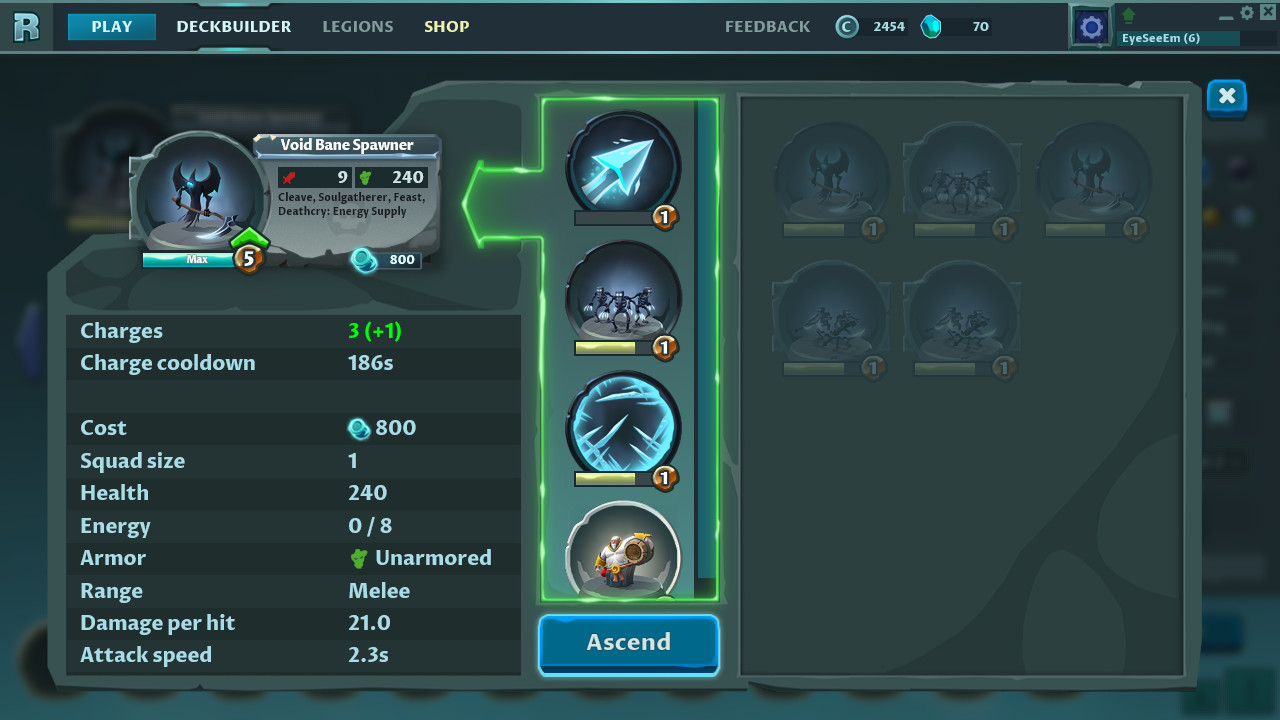 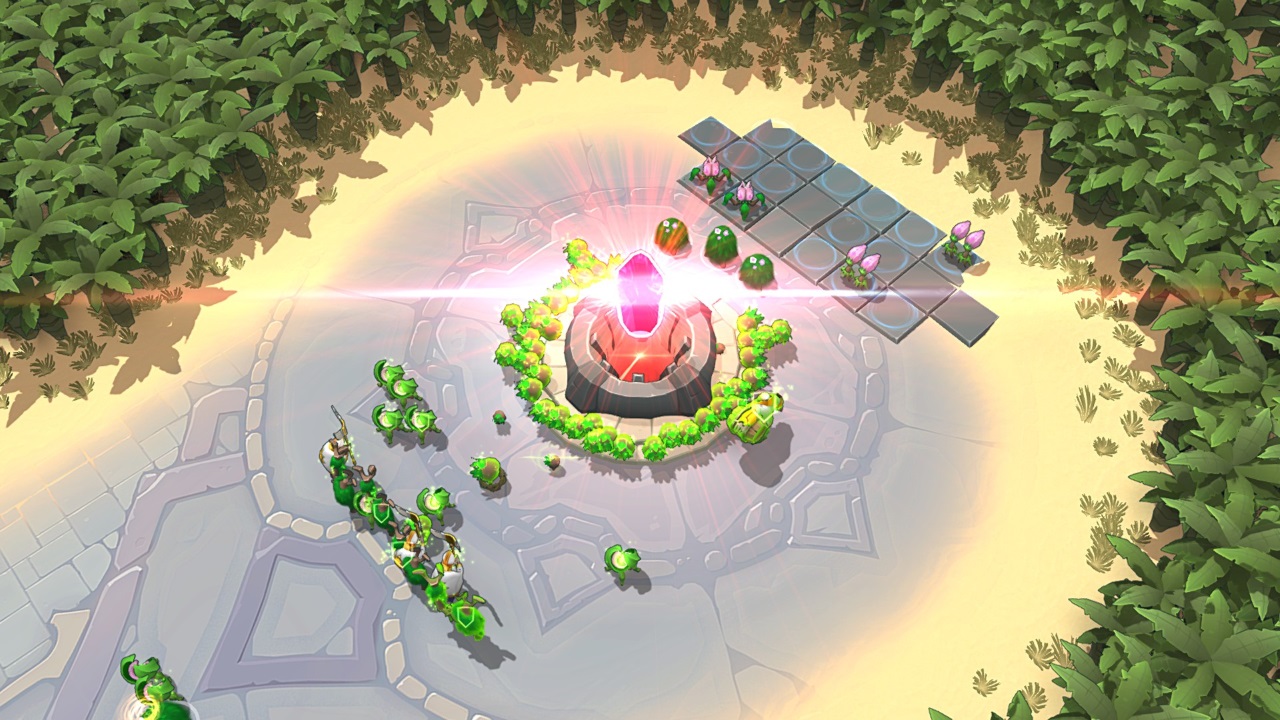 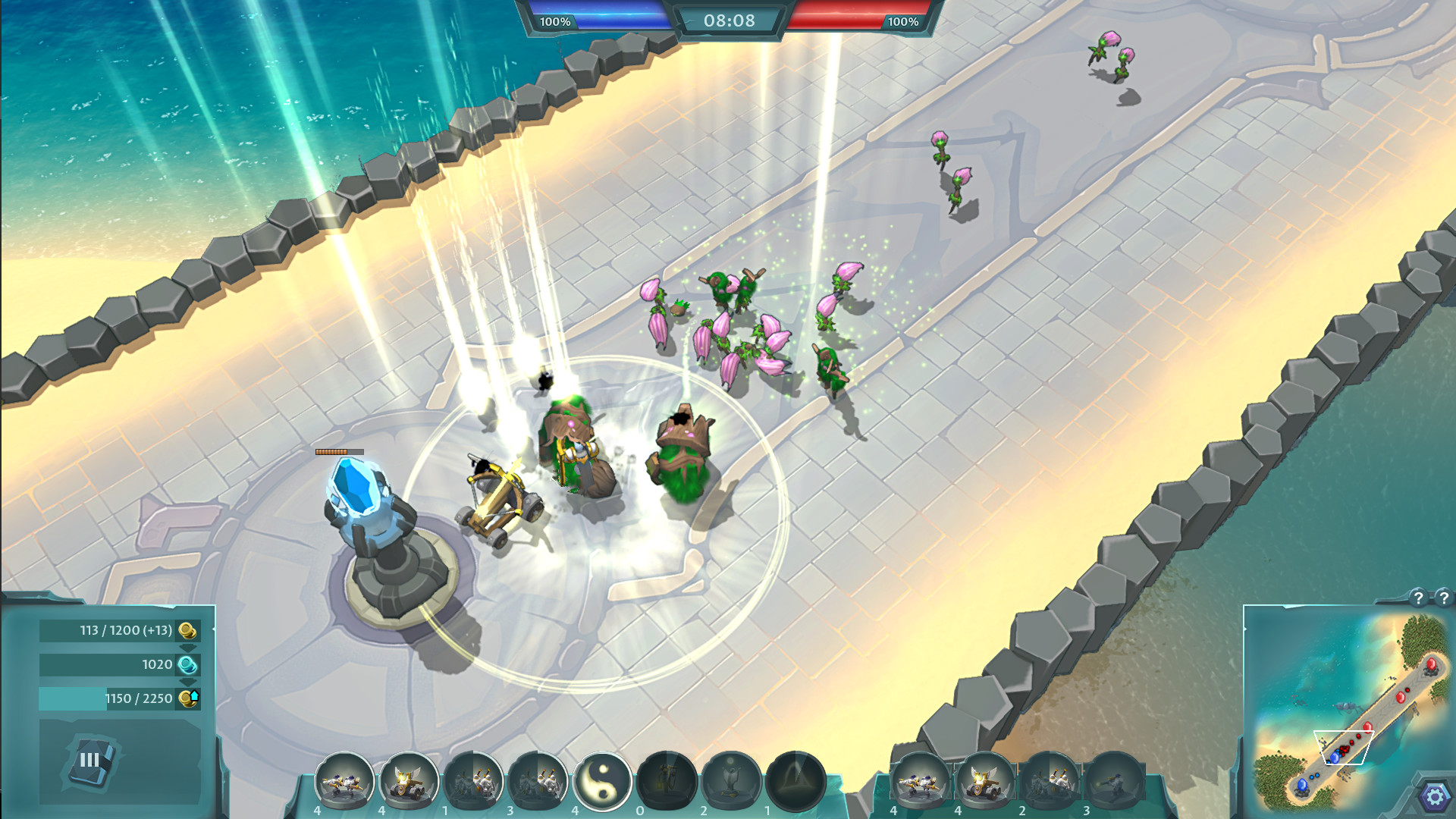 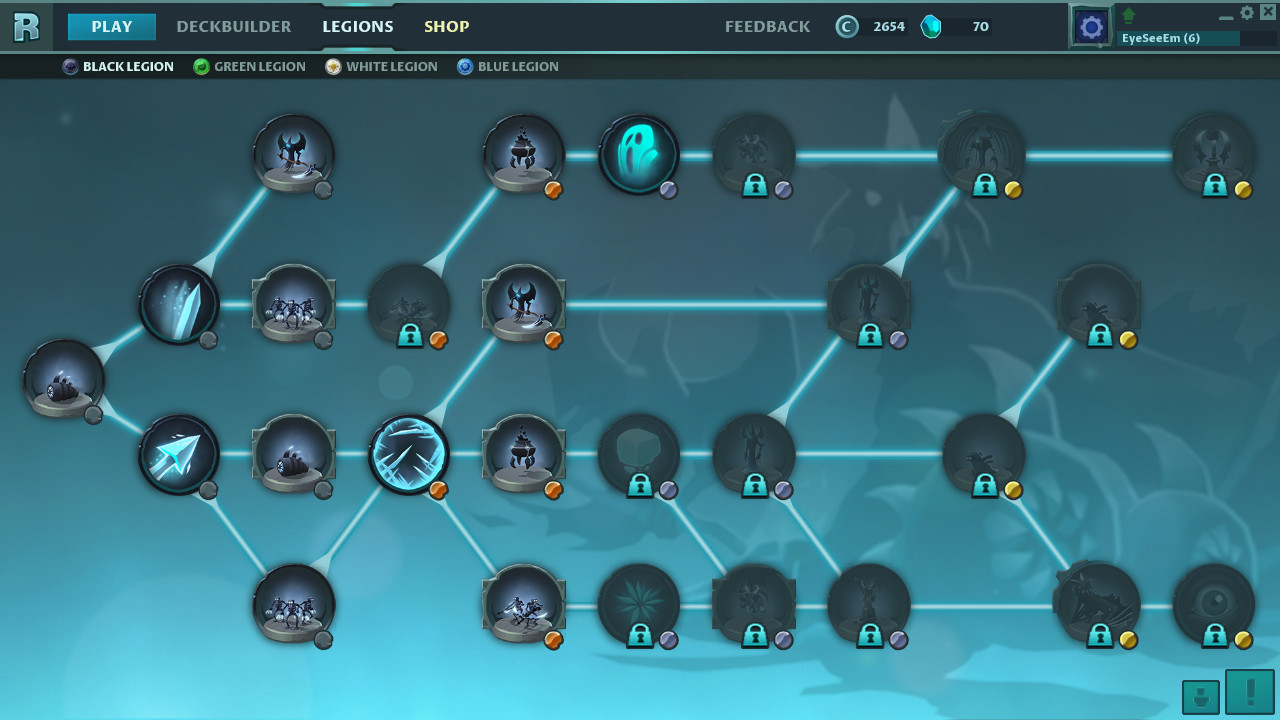 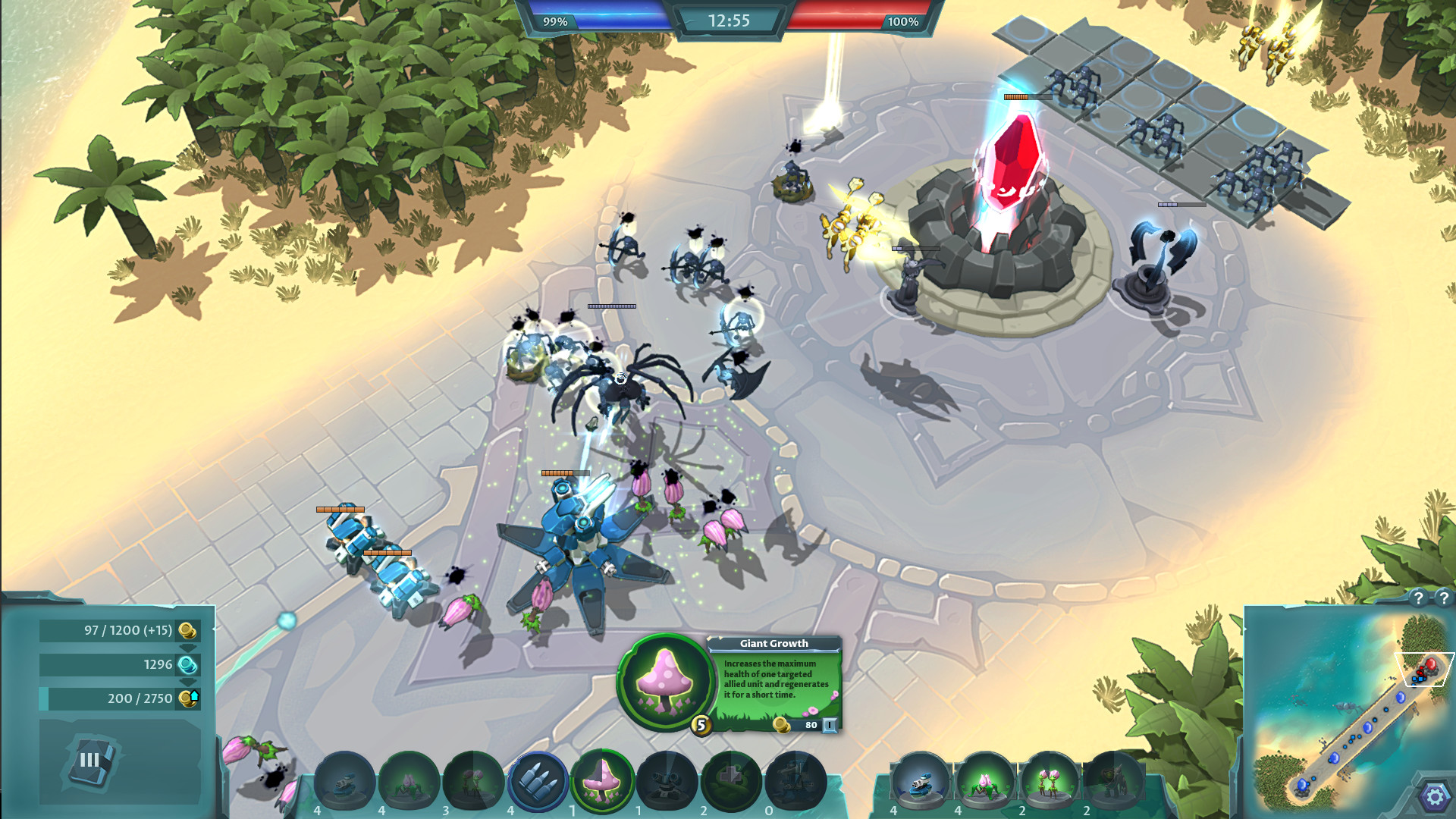 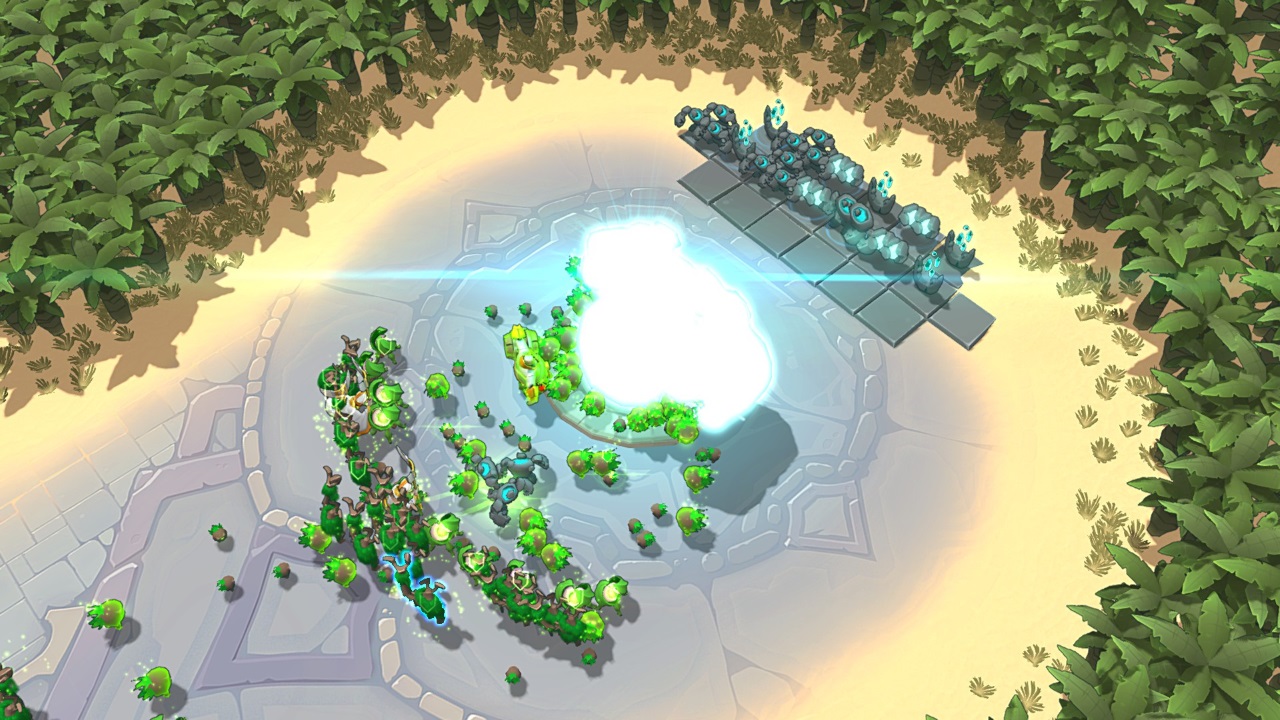 Enjoy fast-paced, easy-to-pickup tug-of-war strategy. A hybrid of MOBA, tower defense and deckbuilding. Play solo or bring a friend for co-op, collect cards, build your deck and crush your enemies!

"Assemble mighty machines and breach through any defenses. Generate energy and materialize behind the enemy lines!"


The Blue Legion's main gameplay mechanics feature a variety of energy effects and buildings that can be used for heavy combos. Defend yourself with a strong defensive line, then teleport it to the enemy so it becomes your attack line. Each spell you cast empowers your troops, enabling them to unleash mighty abilities.

"Lead an army of vivid plants and ancient trees into battle. Root your enemies and drown them in a flood of saplings. Evolve them to become stronger."


The Green Legion's main gameplay mechanics and combos feature a variety of heal-over-time effects, rooting your enemies in place and last but not least, hordes of Saplings that can be evolved into powerful creatures.

"Freeze your enemies and drain their life. Creatures from the void gather souls to unleash sinister abilities upon their foes."


The Black Legion's main gameplay mechanics and combos feature a variety of freezing spells and abilities, as well as ripping out the souls of enemy units in order to trigger powerful passive abilities.


The White Legion's main gameplay mechanics and combos feature a variety of healing and shielding spells that can be targeted at multiple units at once. Overwhelm your opponent with masses of archers and knights and make them survive to the last minute in order to turn the tide of battle.The game is explicitly not pay-to-win. You can unlock any cards in the game with in-game currencies. Our business model is free-to-play and pay-to-advance-faster, the ONLY things that can only be bought with real money are skins, to help support the game.