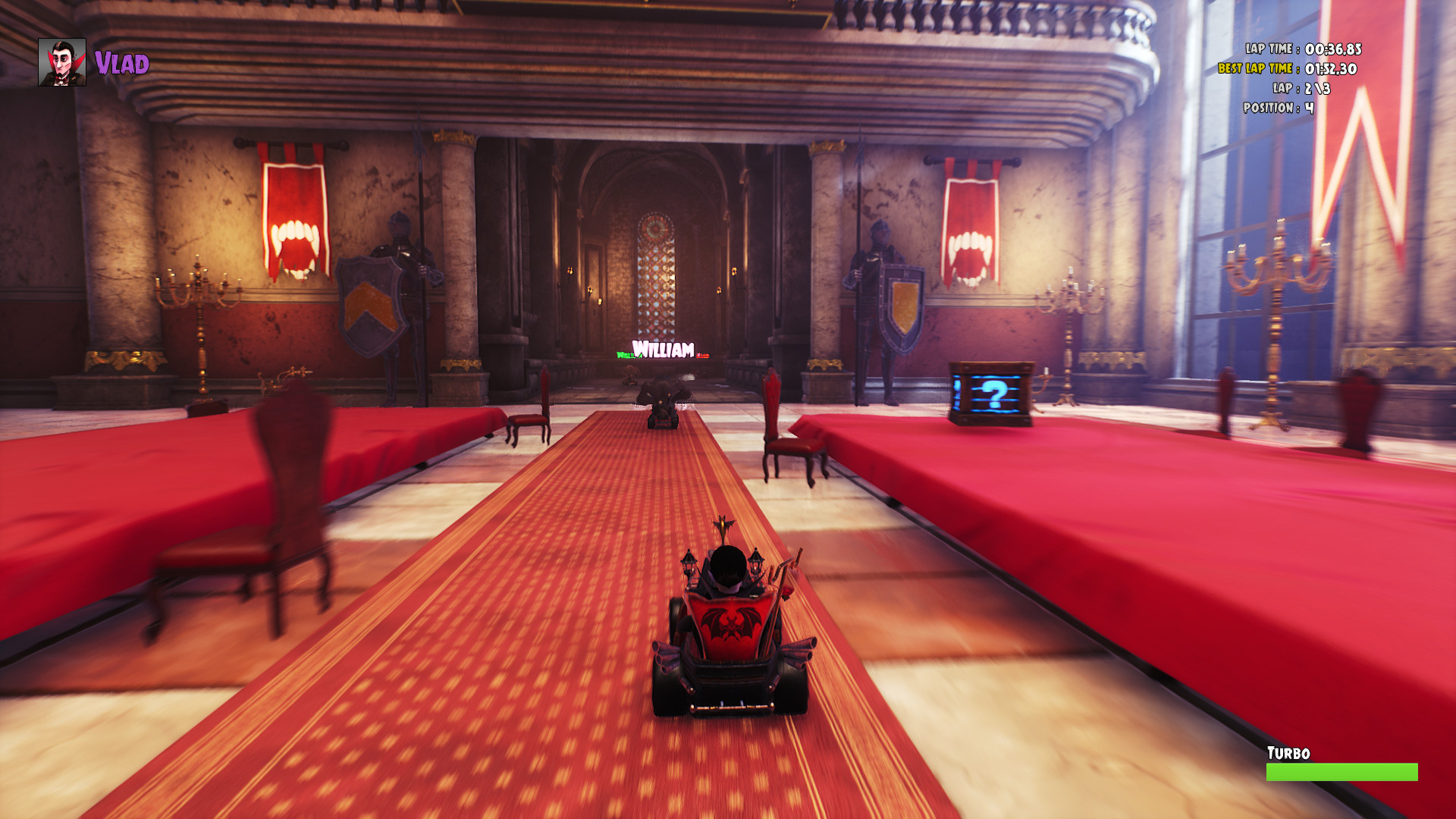 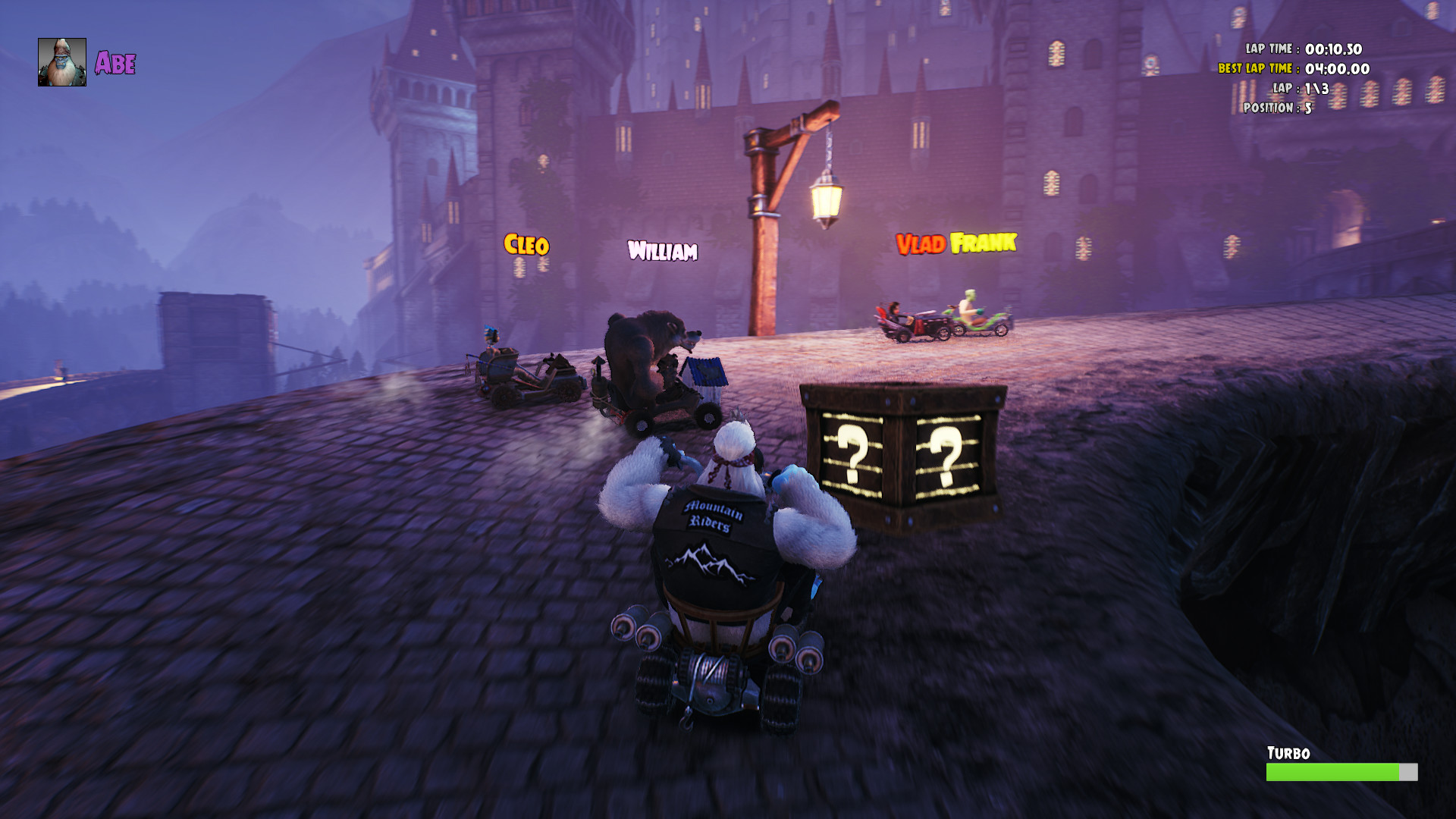 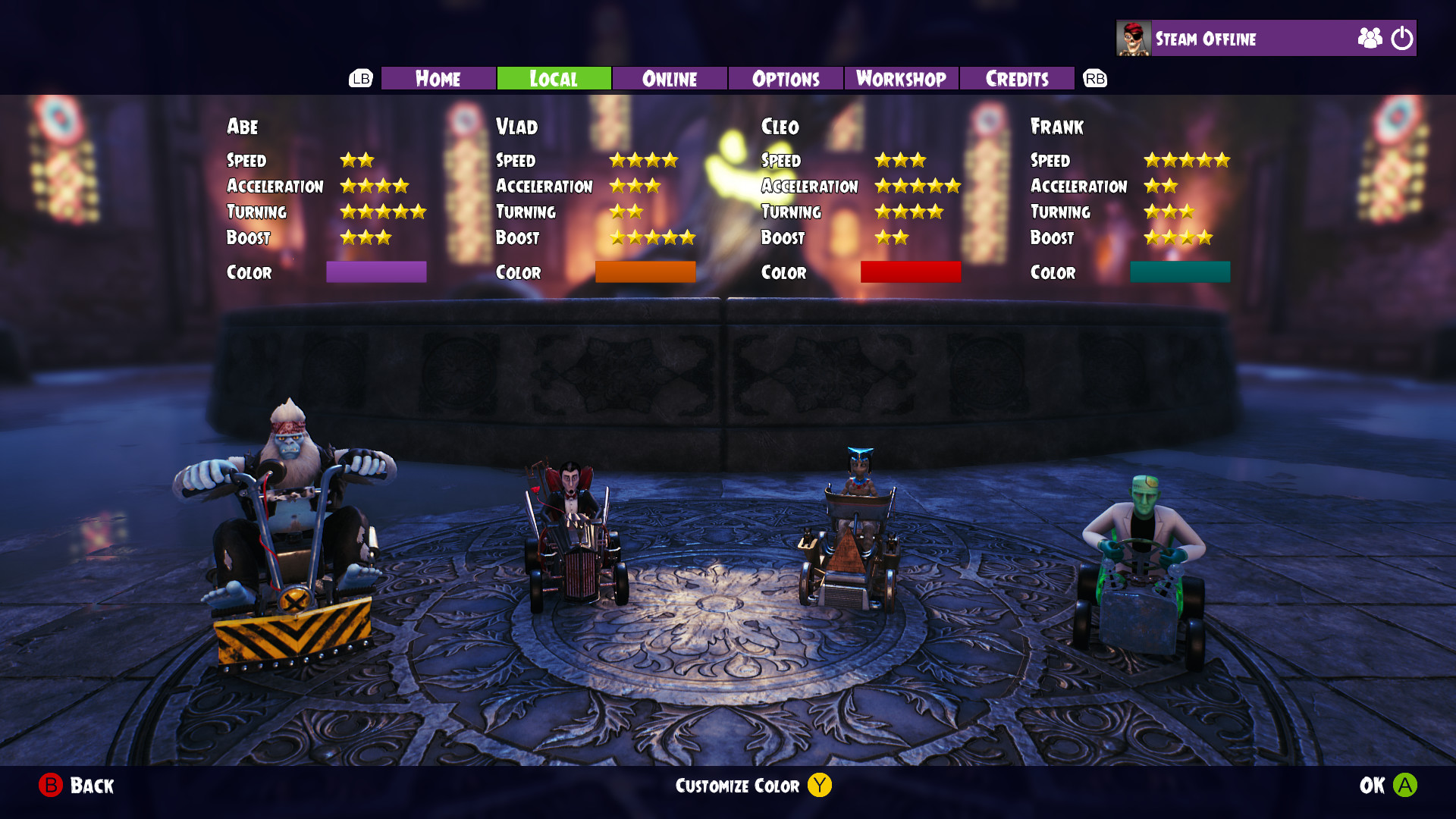 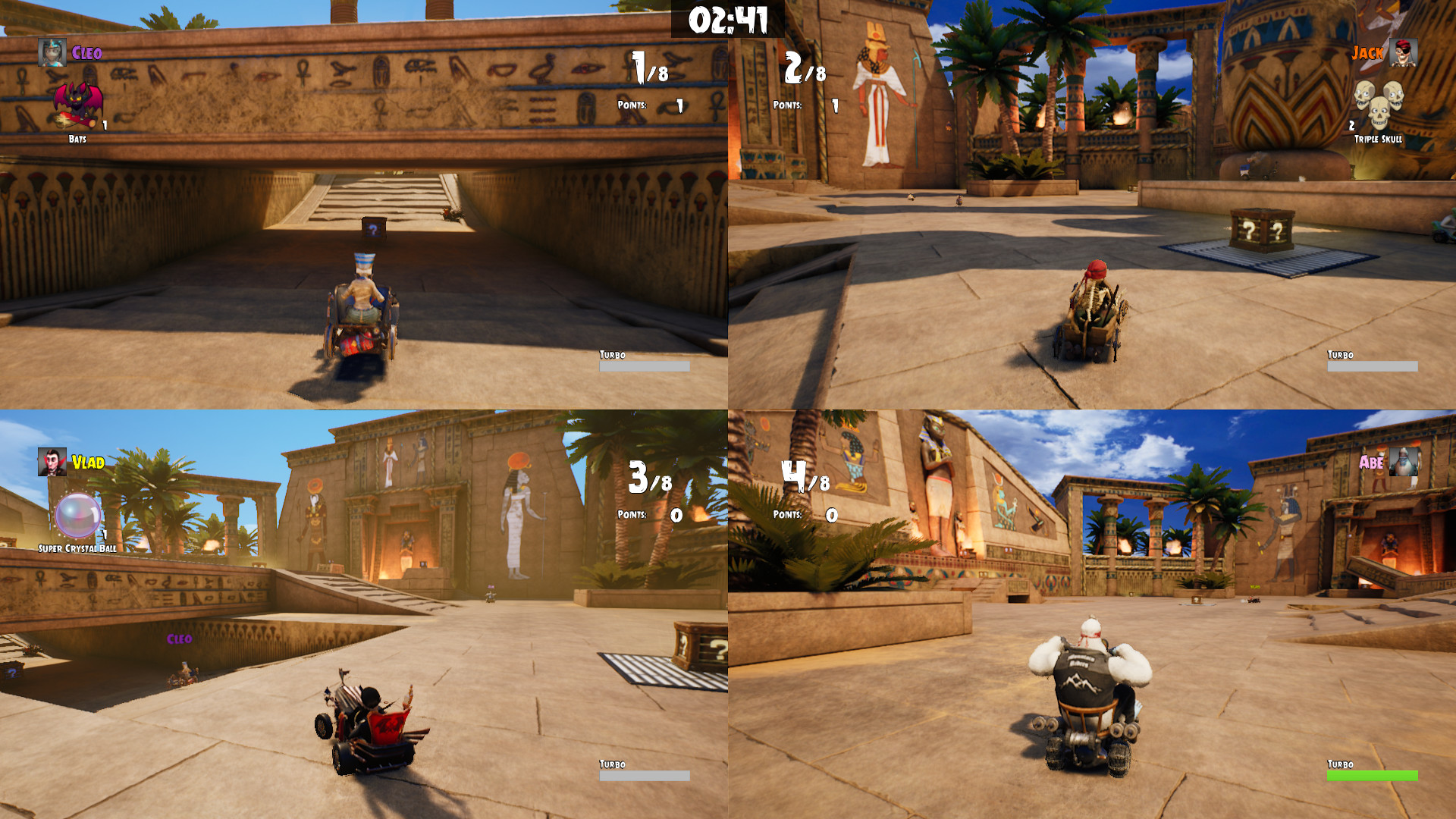 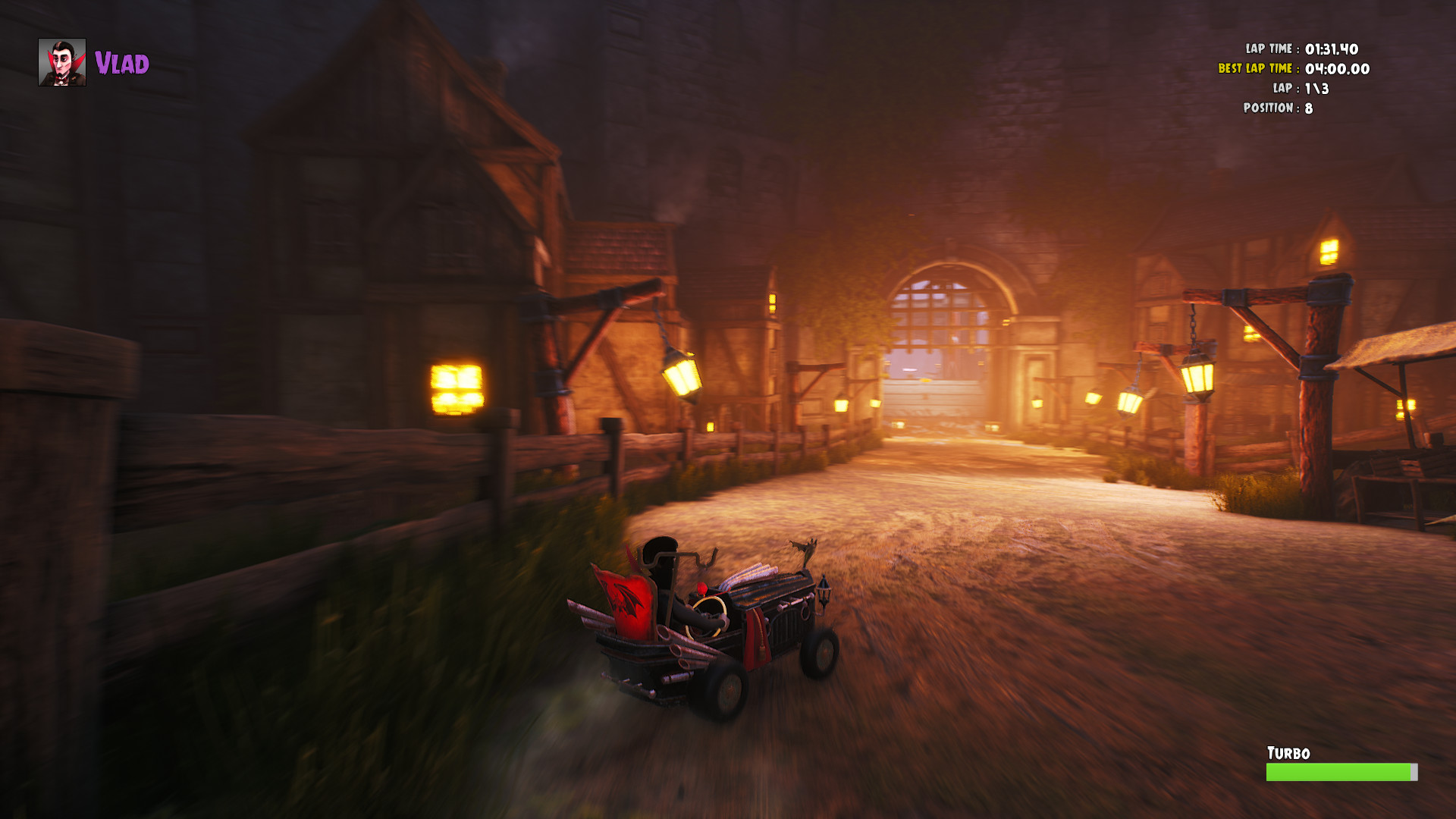 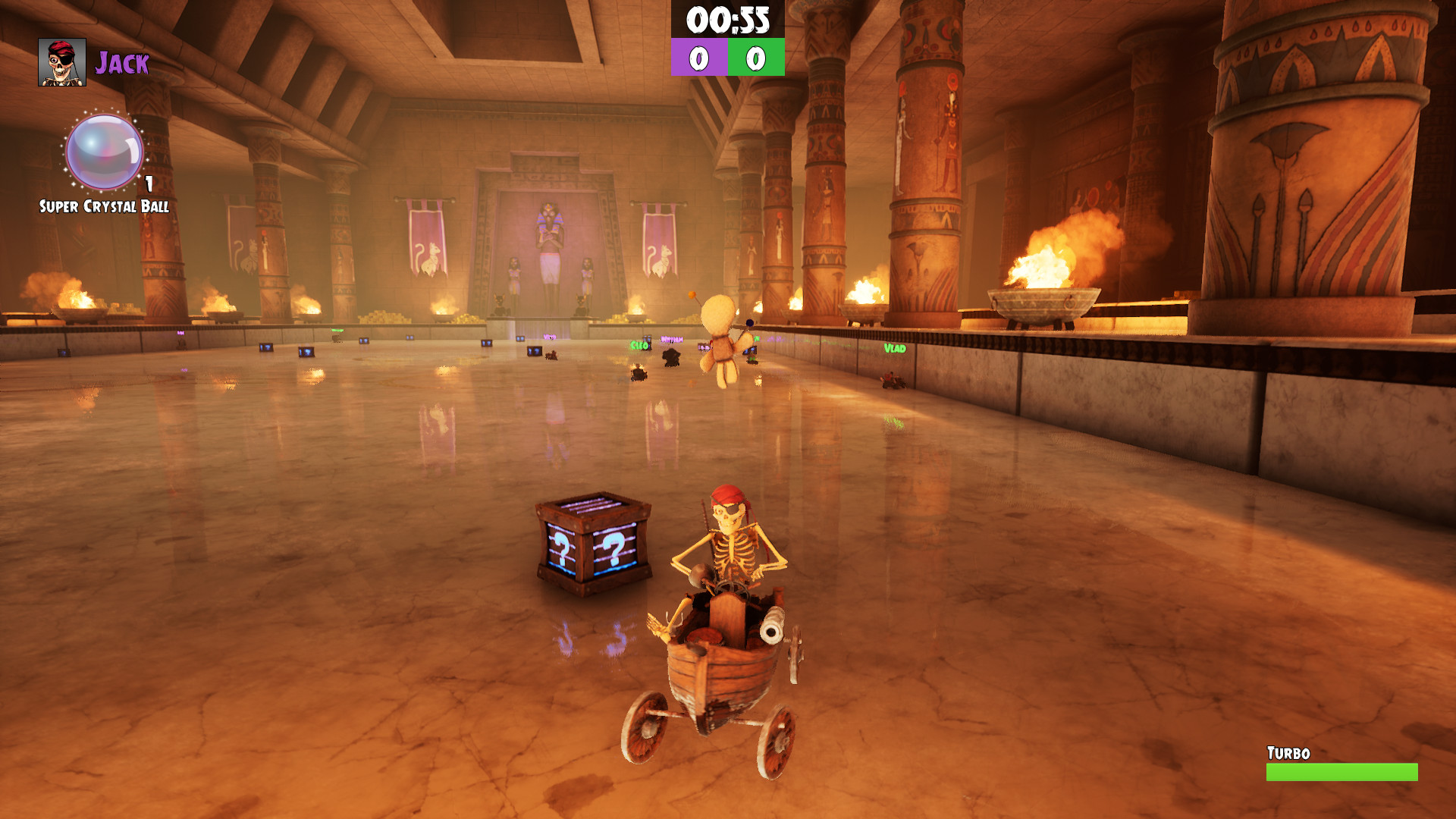 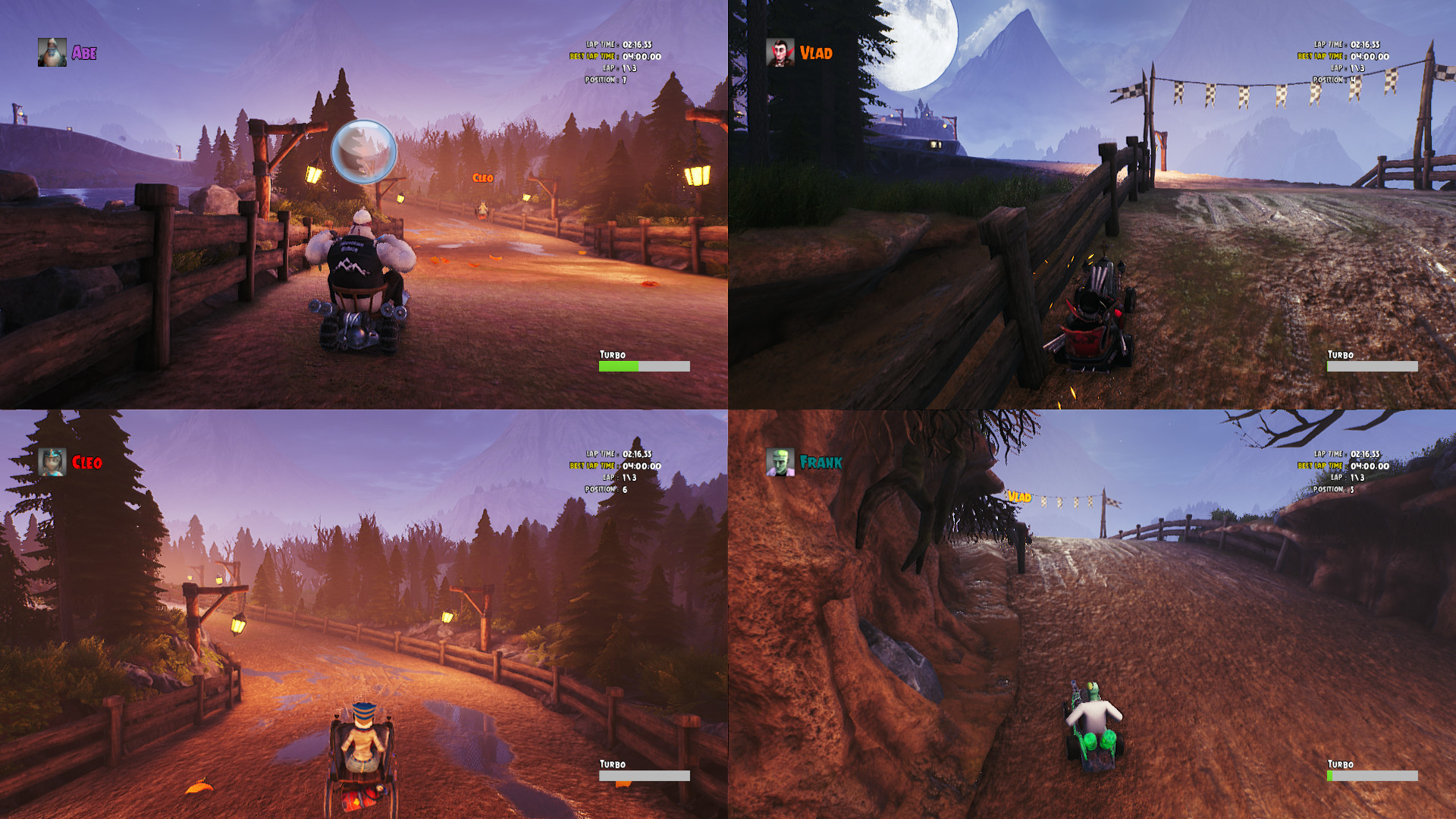 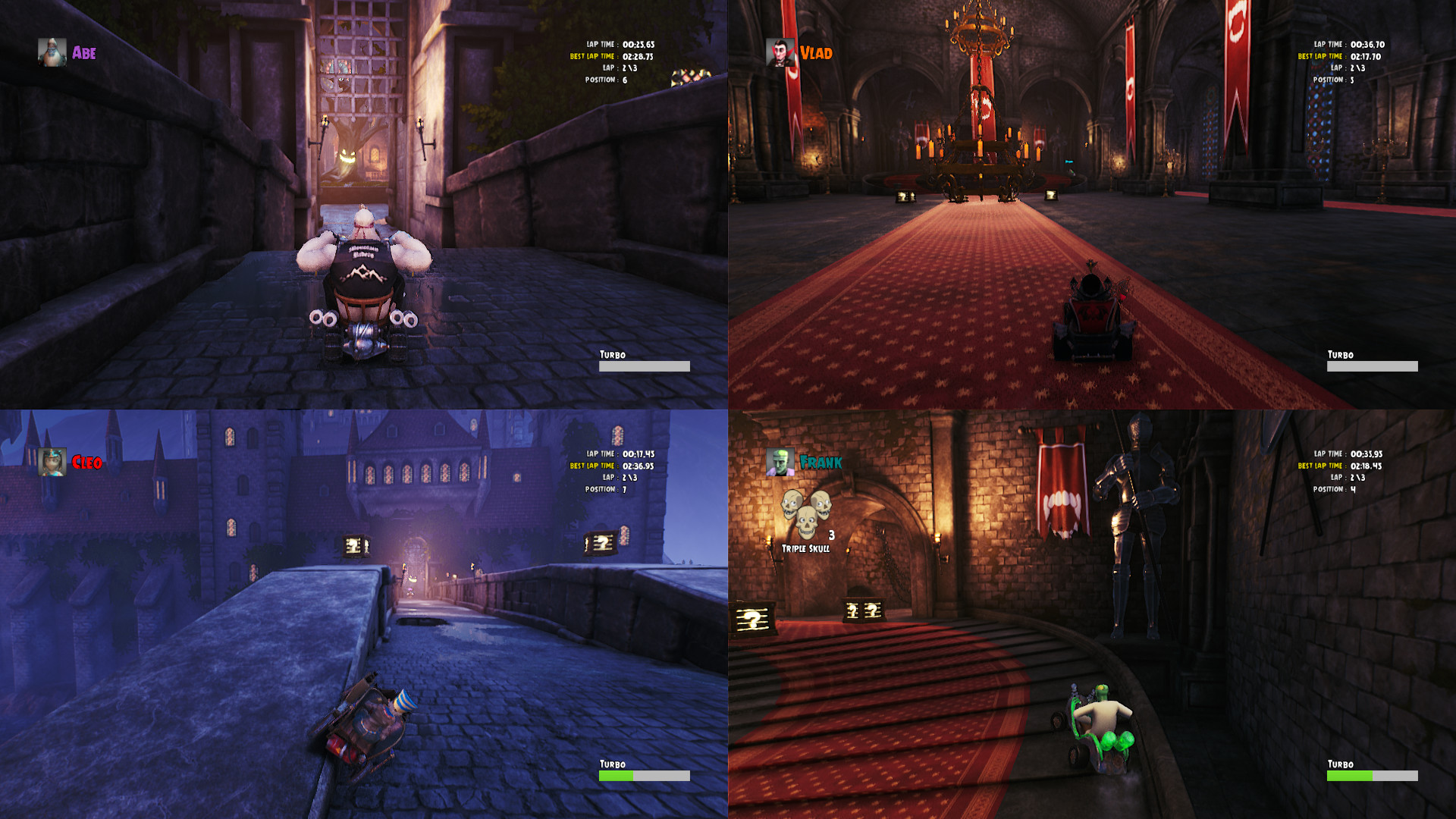 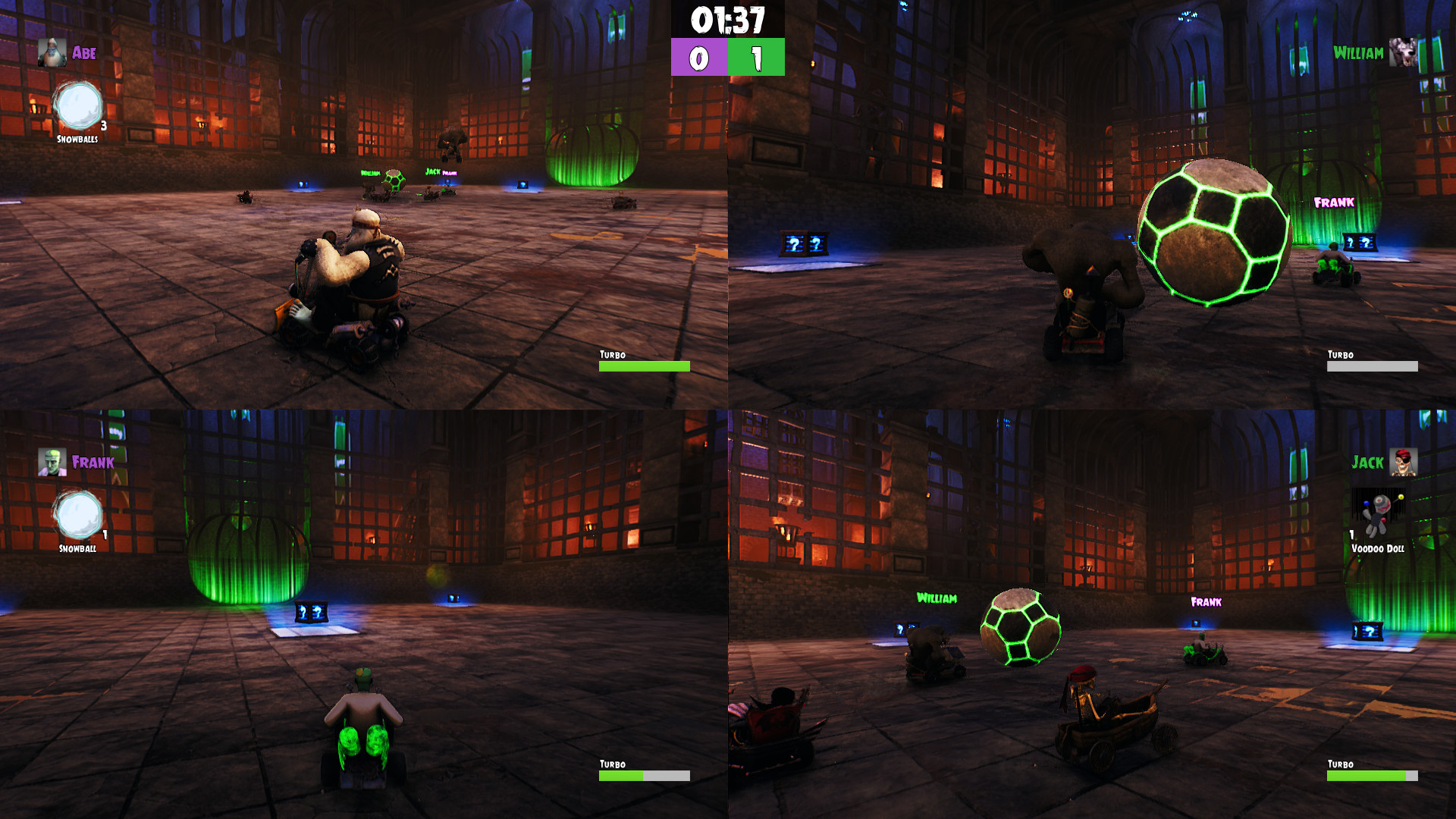 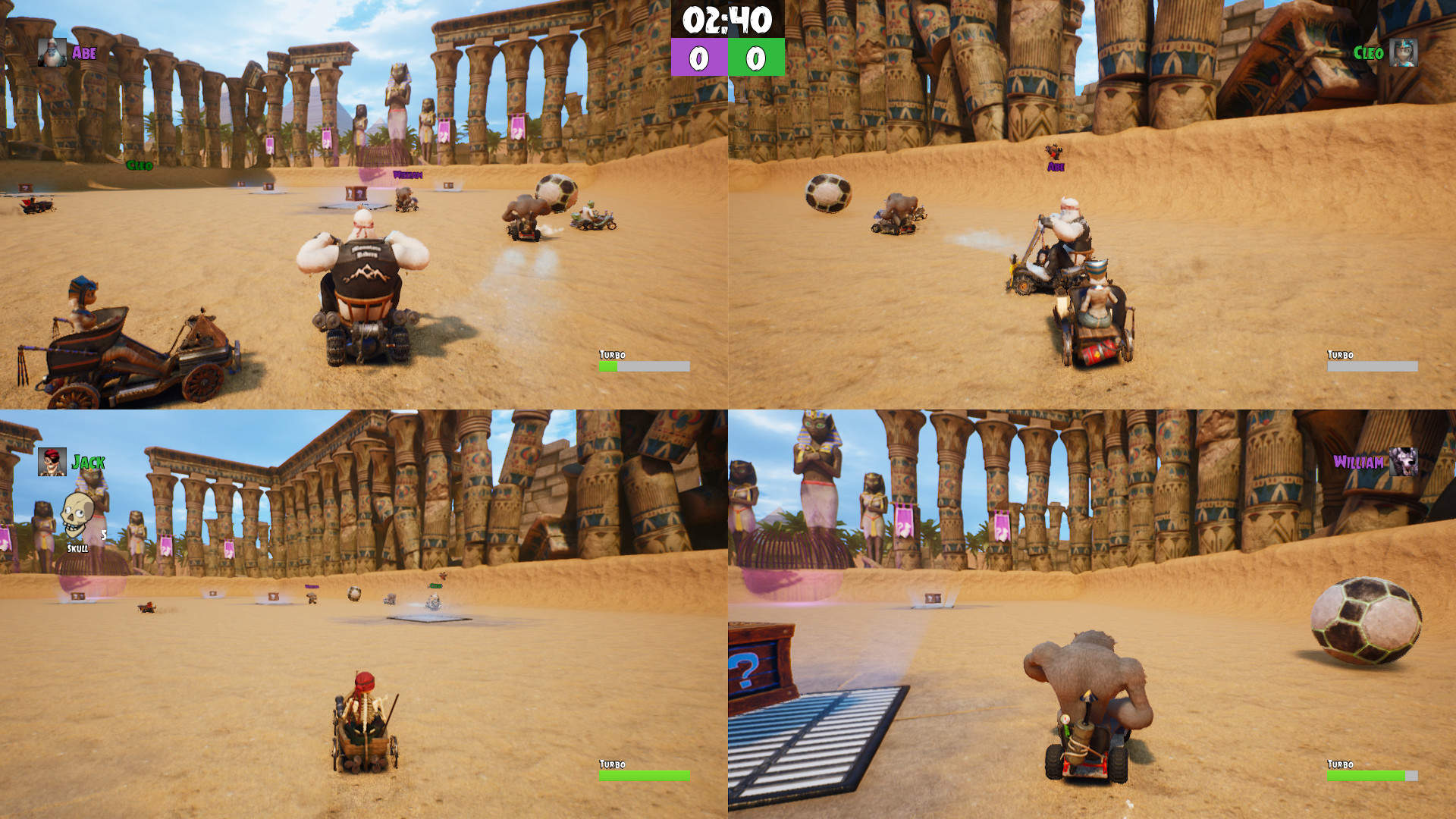 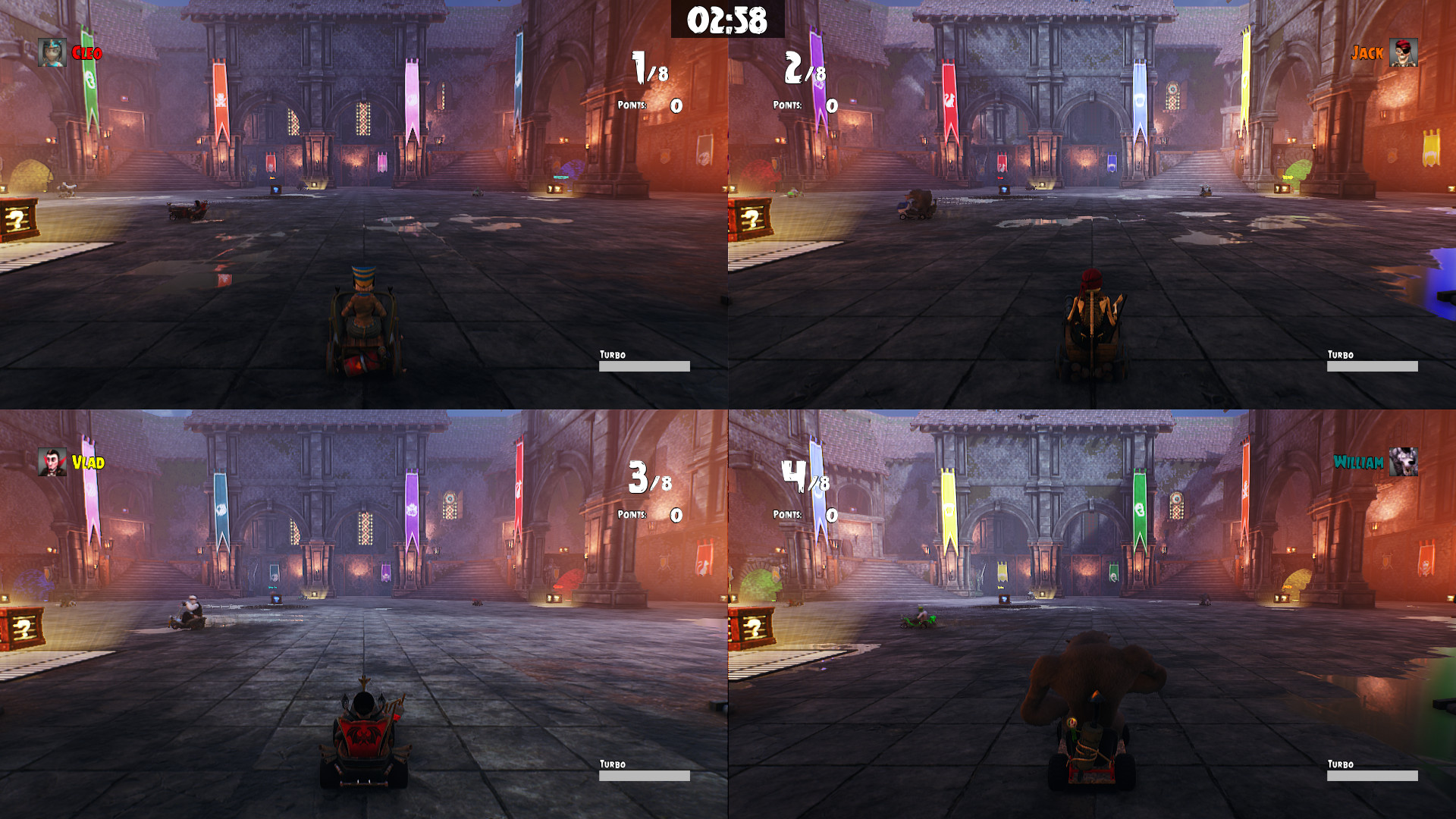 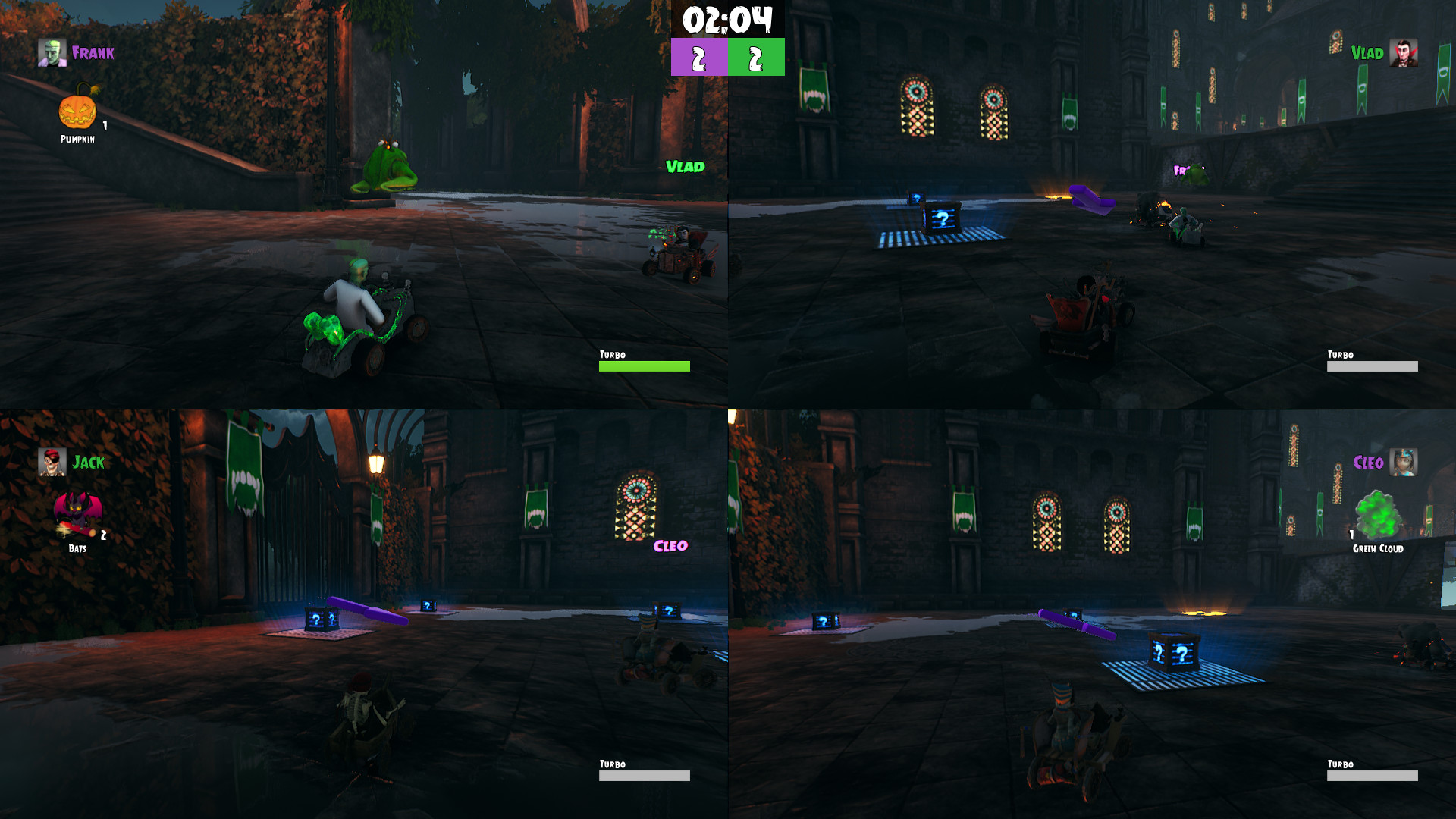 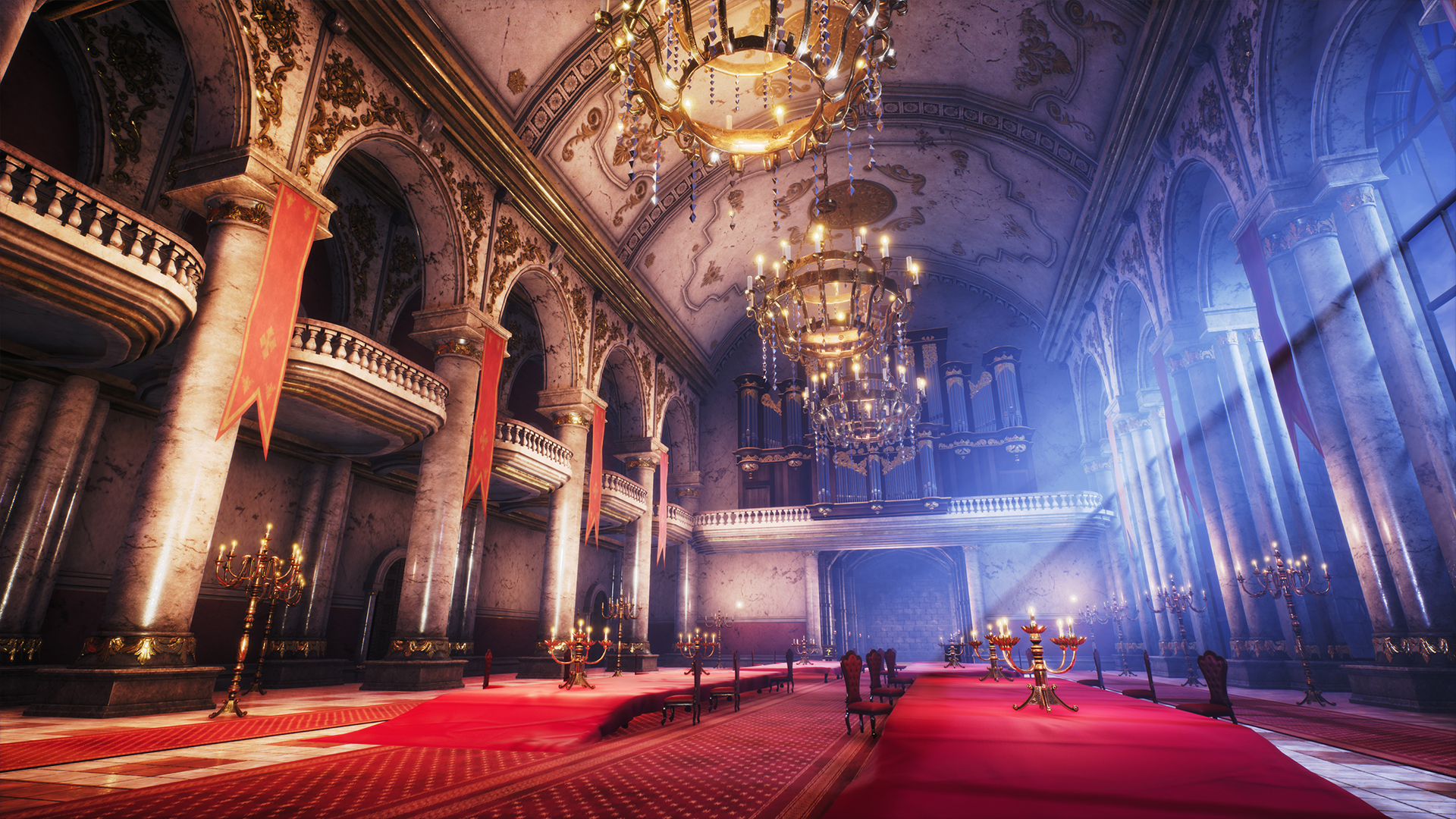 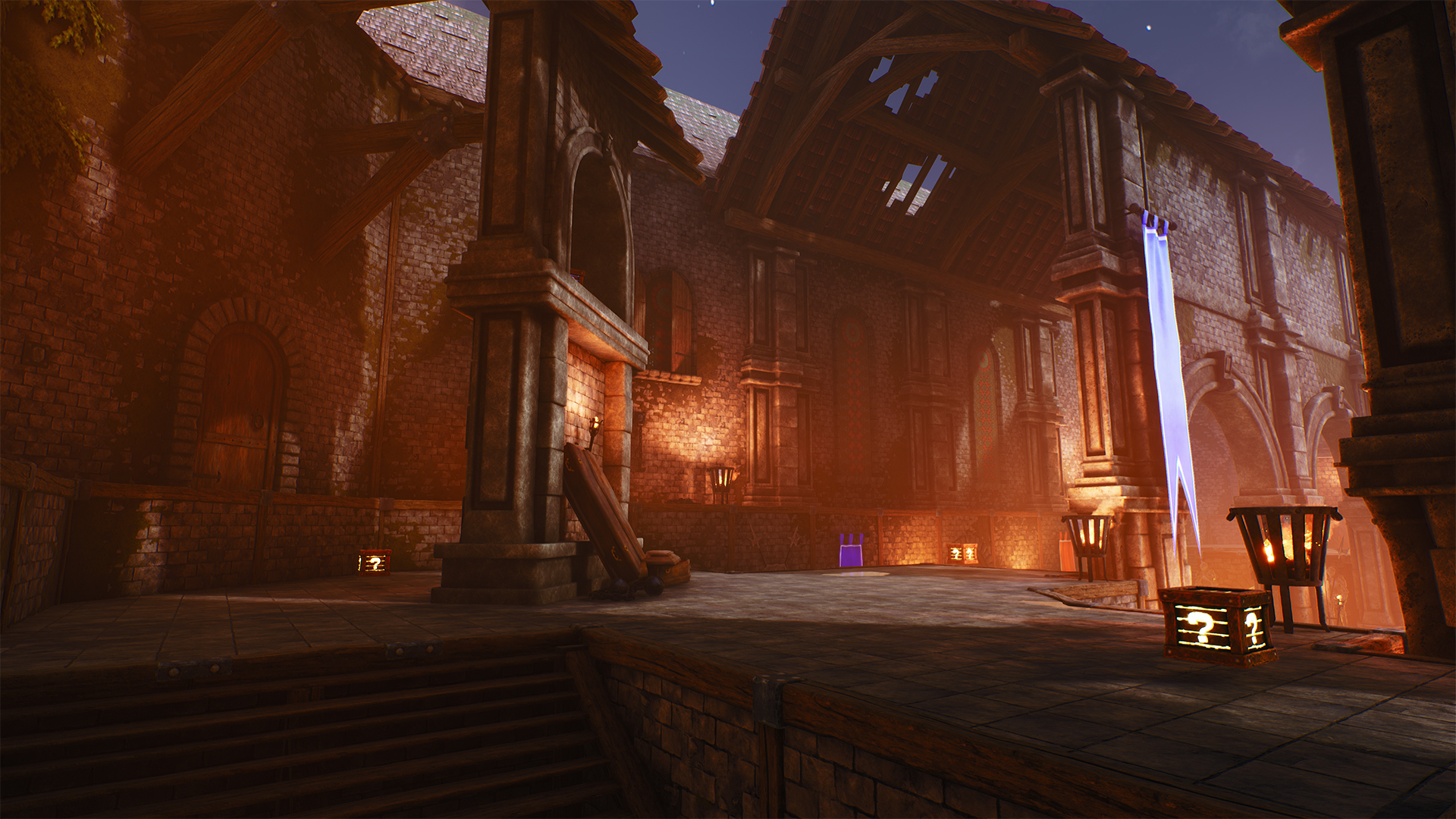 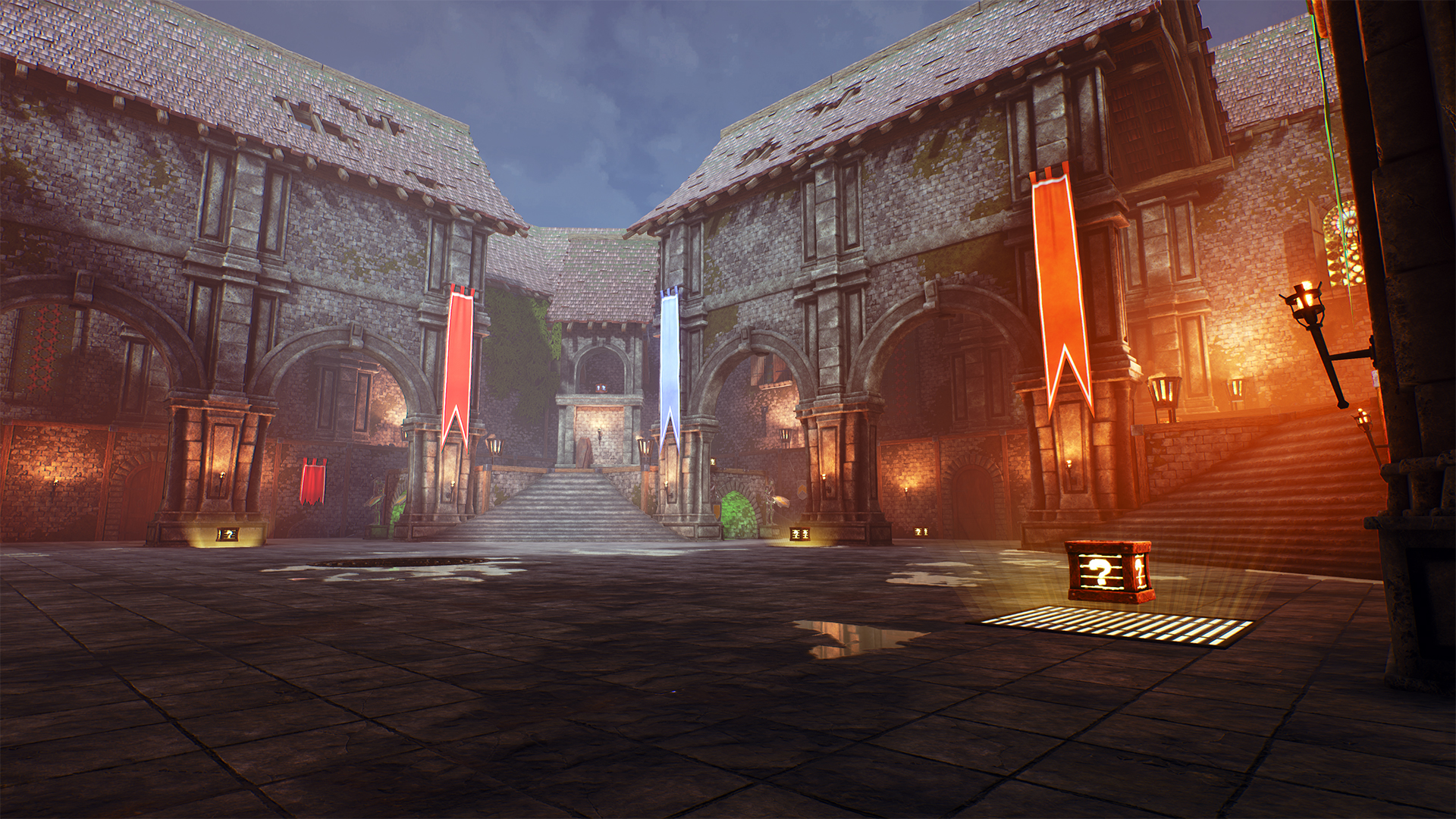 Monster League is a multiplayer-focused kart game with split-screen set in a cartoonish world of familiar monsters known from legends and pop-culture.

The player chooses his favorite monster to race his opponents, battle them and win on race tracks and in other game modes. Main focus of the game is split screen and online multiplayer. Monster League offers a pleasant and easy to learn driving system as well as casual and enjoyable entertainment for players of all ages.