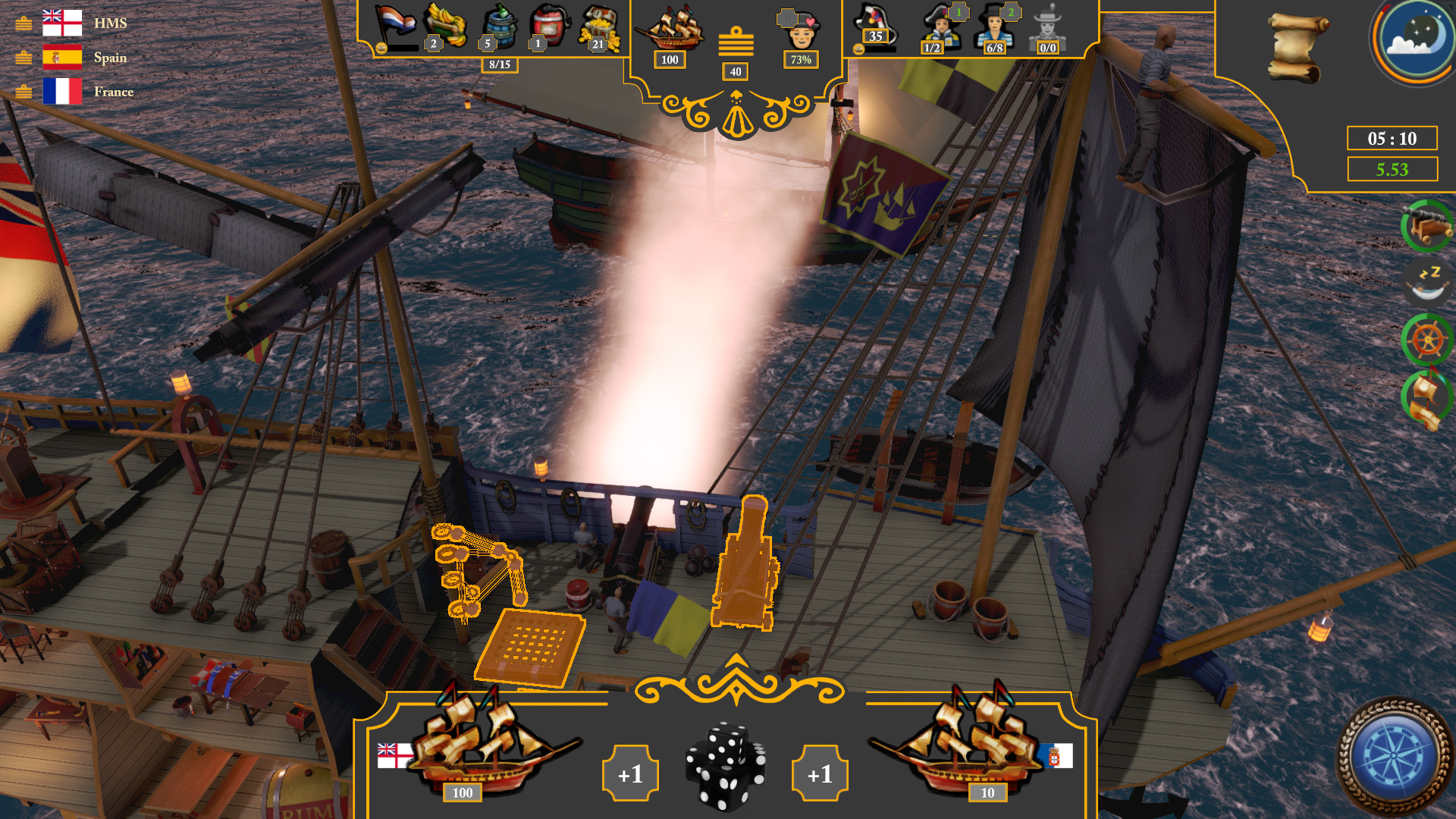 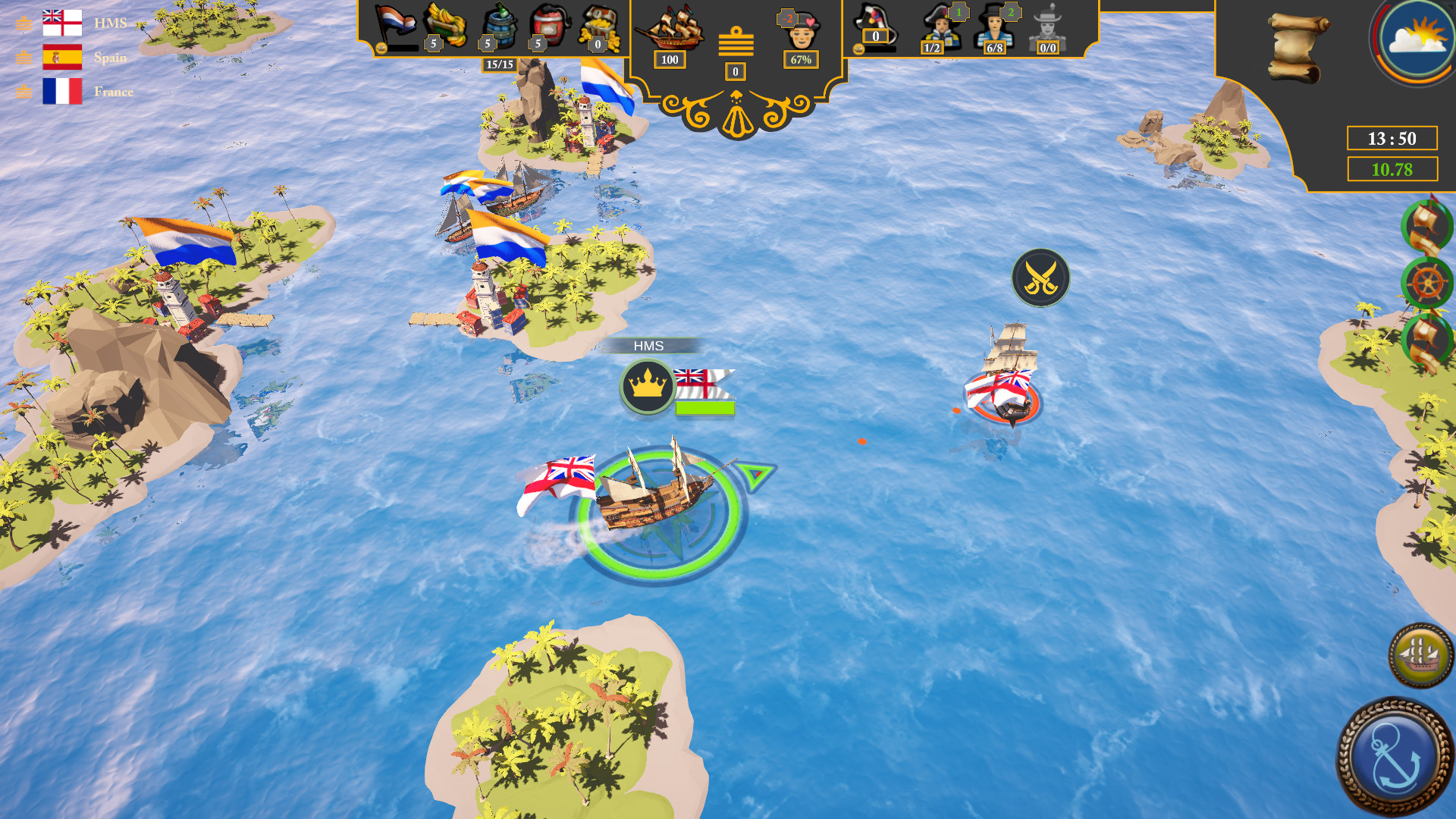 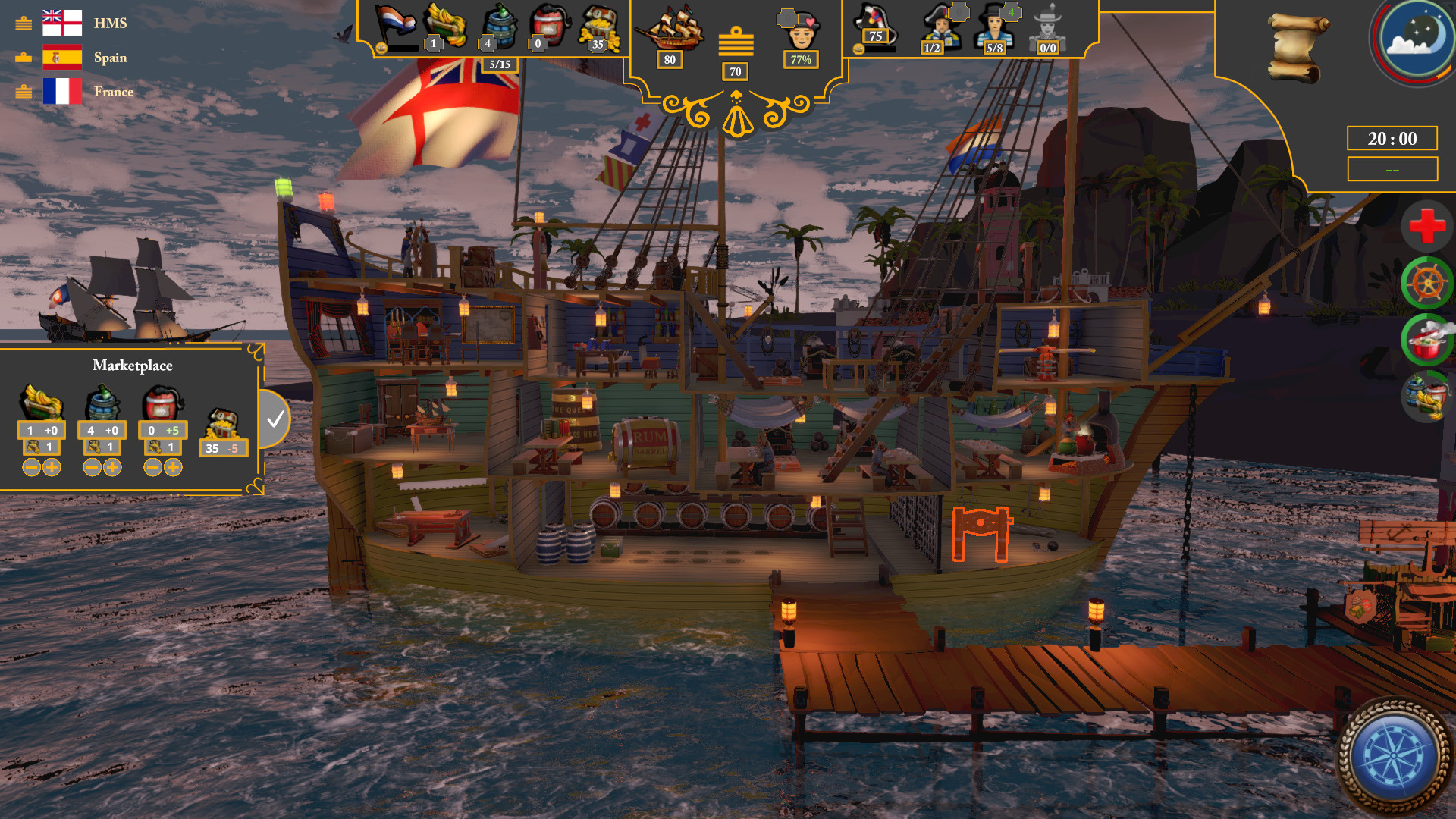 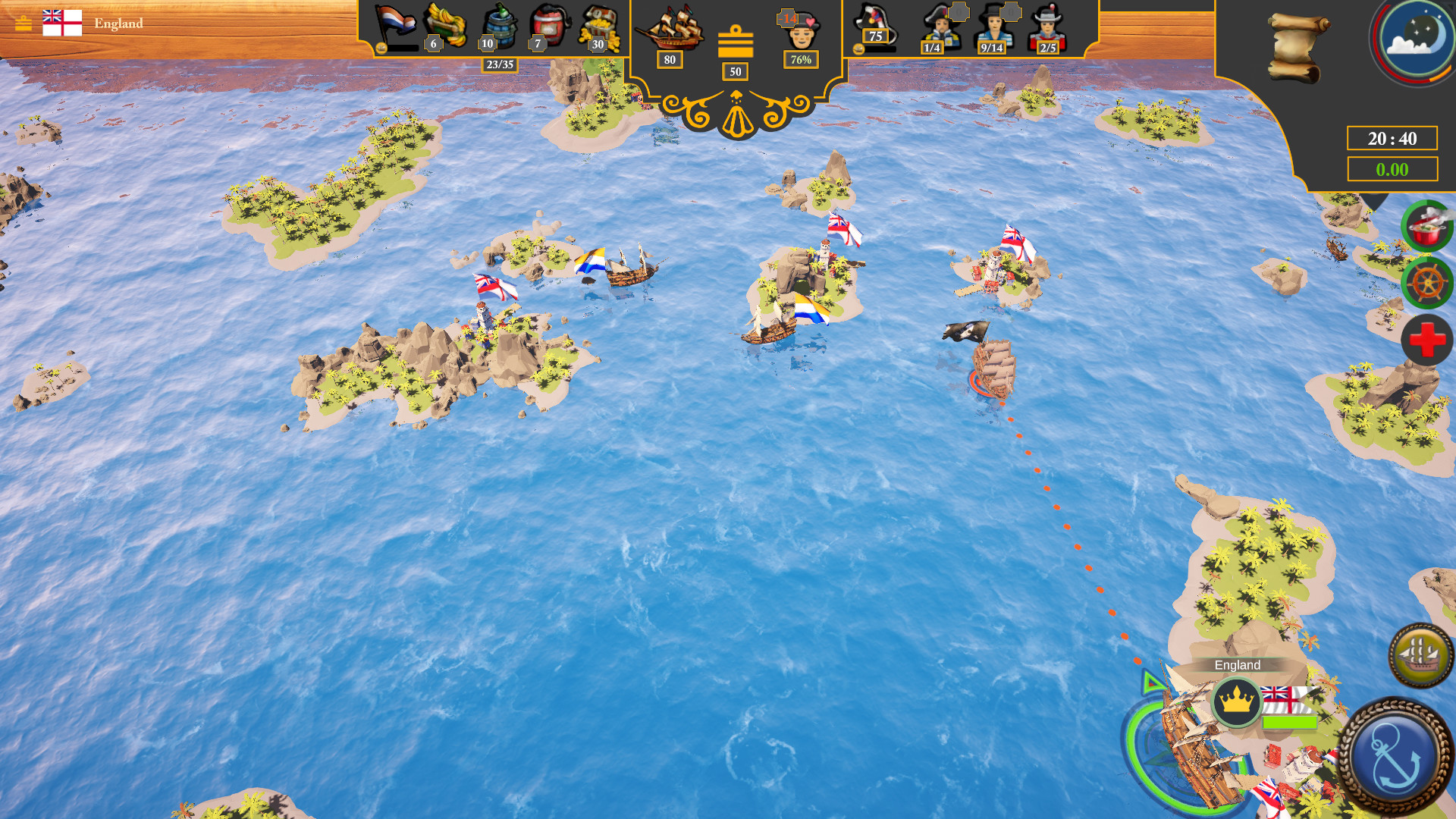 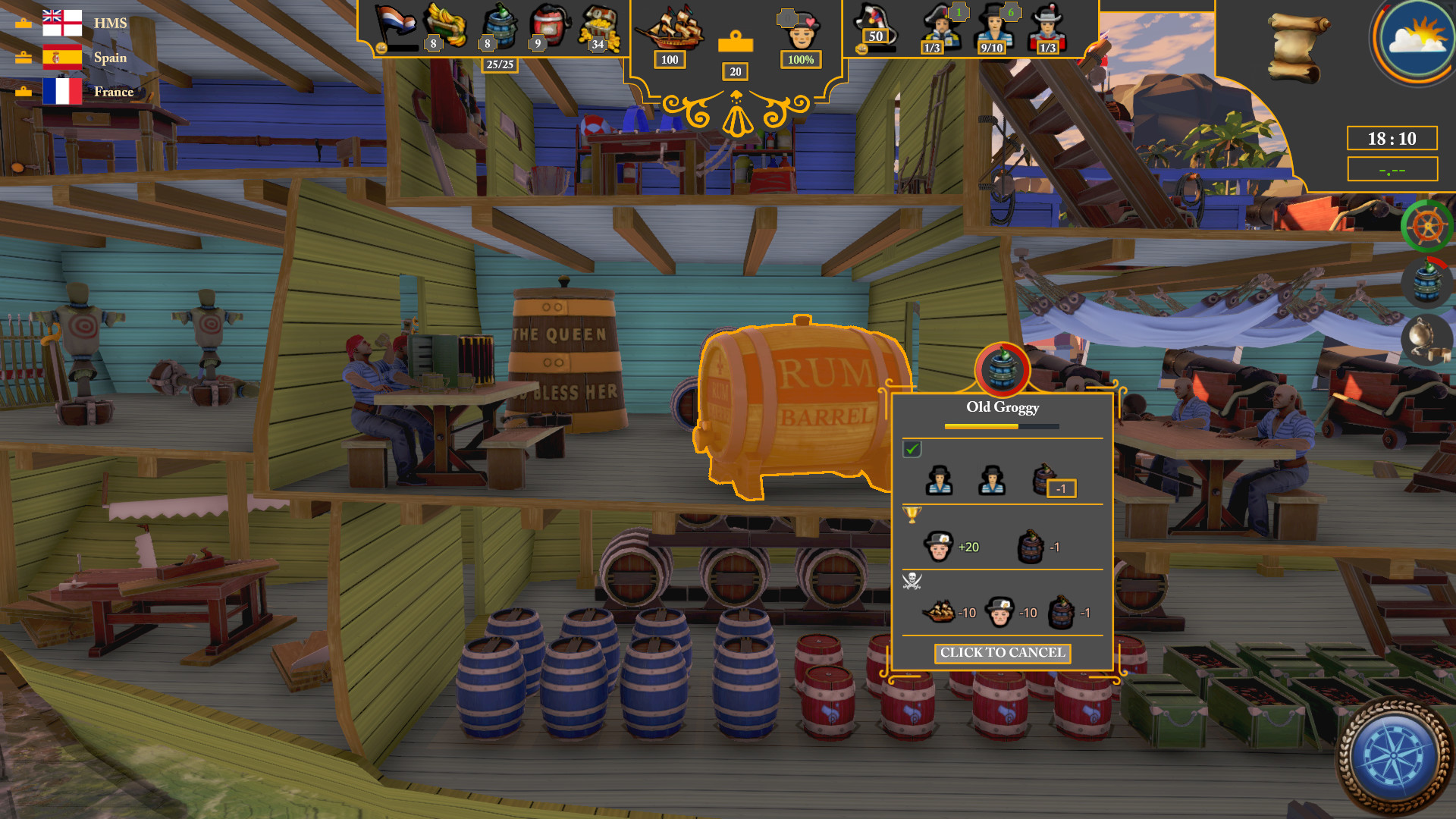 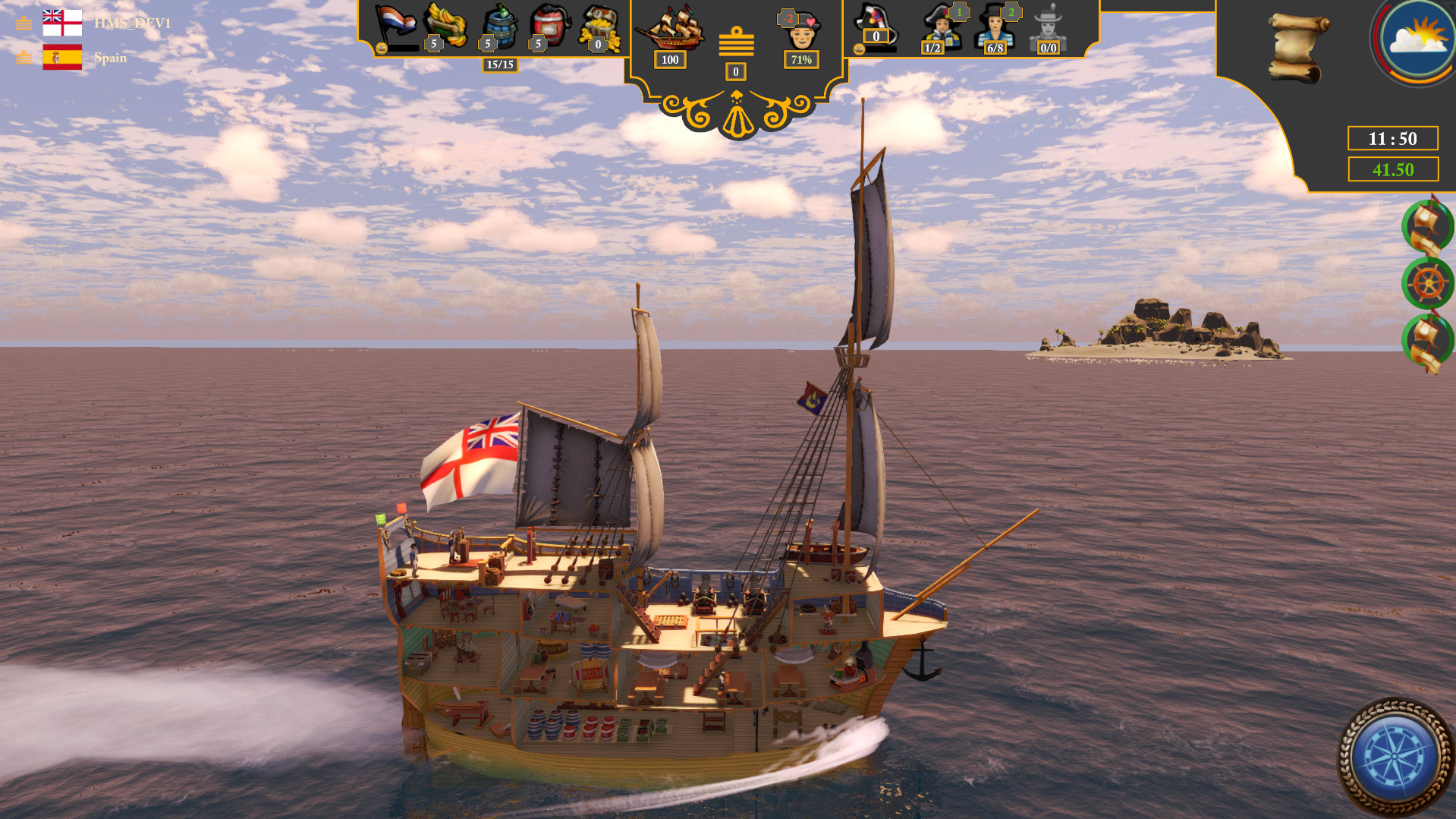 In this resource management game, you Start your career as a Captain on a 3rd rate Ship of the Line, then work your way up to become the next Admiral of the Fleet.
The primary objective of the game is to be promoted to Admiral of the Fleet, without having any mutiny nor losing the vessel.
The player will receive tasks from the admiralty which will need to be executed in order to get the desired promotion.

The Navy doesn't take lightly to having a crew mutiny onboard one of their vessels, its a career limiting move.
Along the way, the player will be challenged with various tasks and tempted with targets of opportunity, whilst keeping the crew happy and not ending with a mutiny.

Multiplayer and Co-Op games will pit you against the AI and other human opponents.
The player can command a British, Spanish, French or Portuguese Man-o-War, ruling the waves and clearing it of the enemy and pirates.