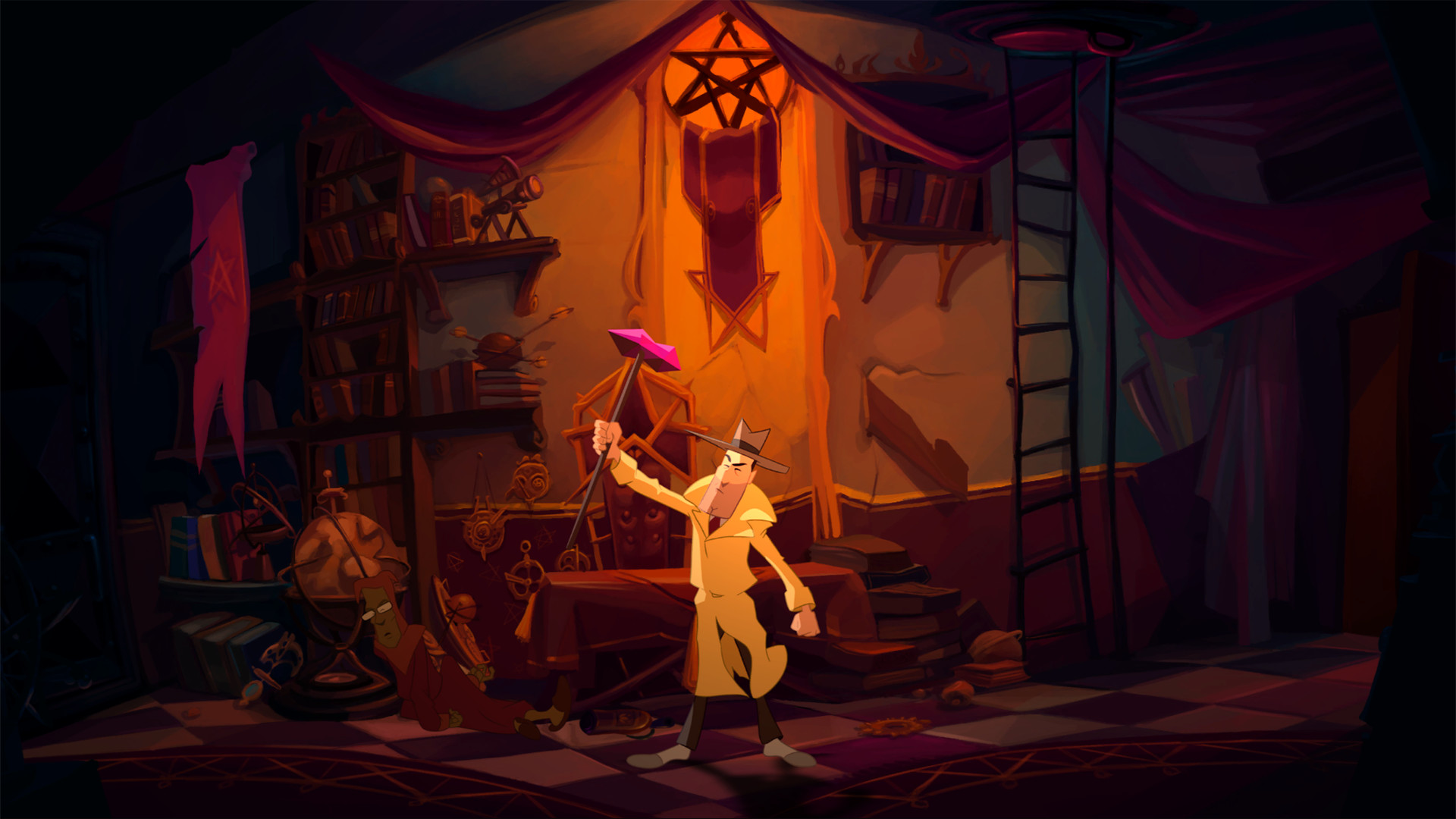 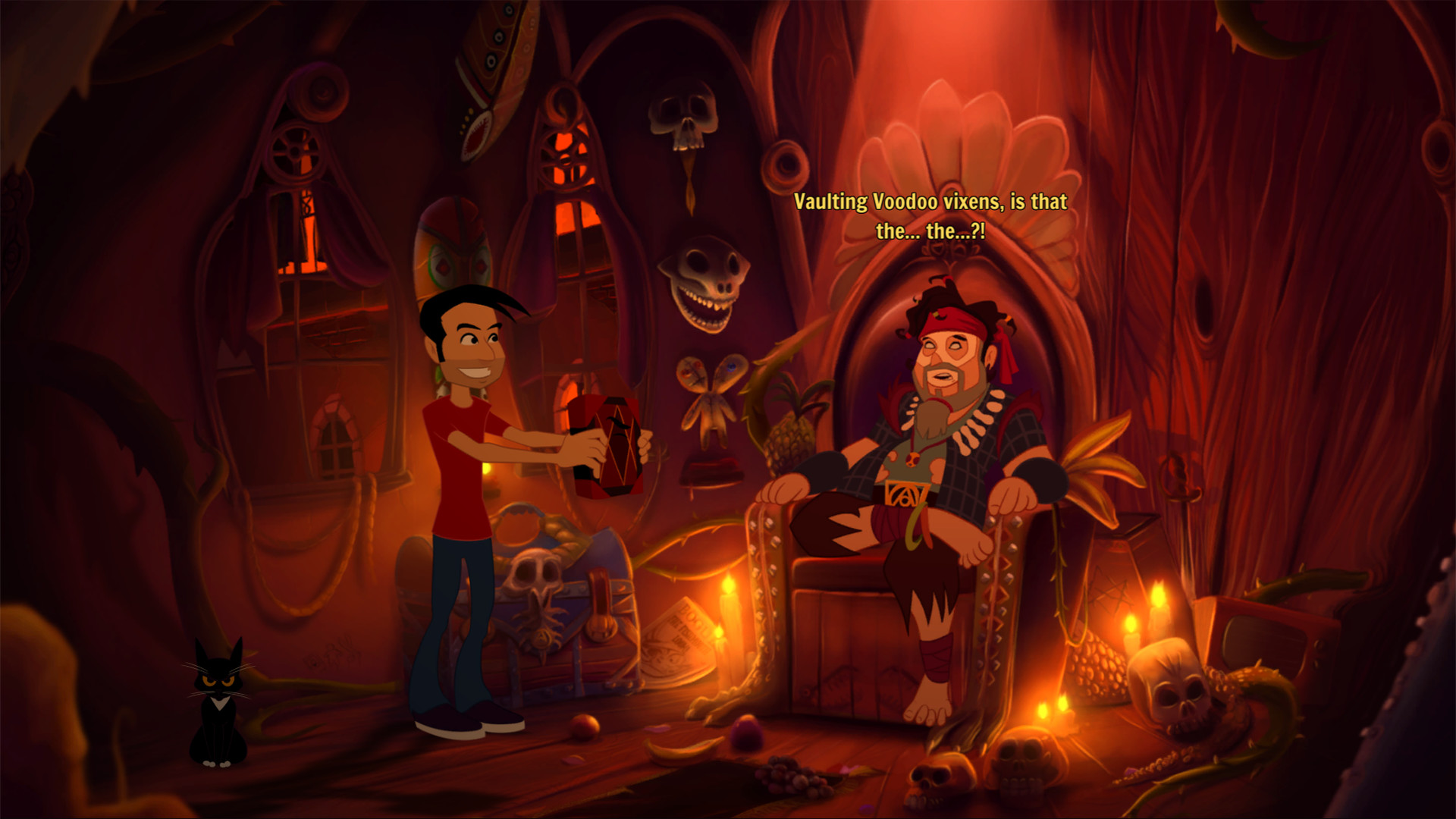 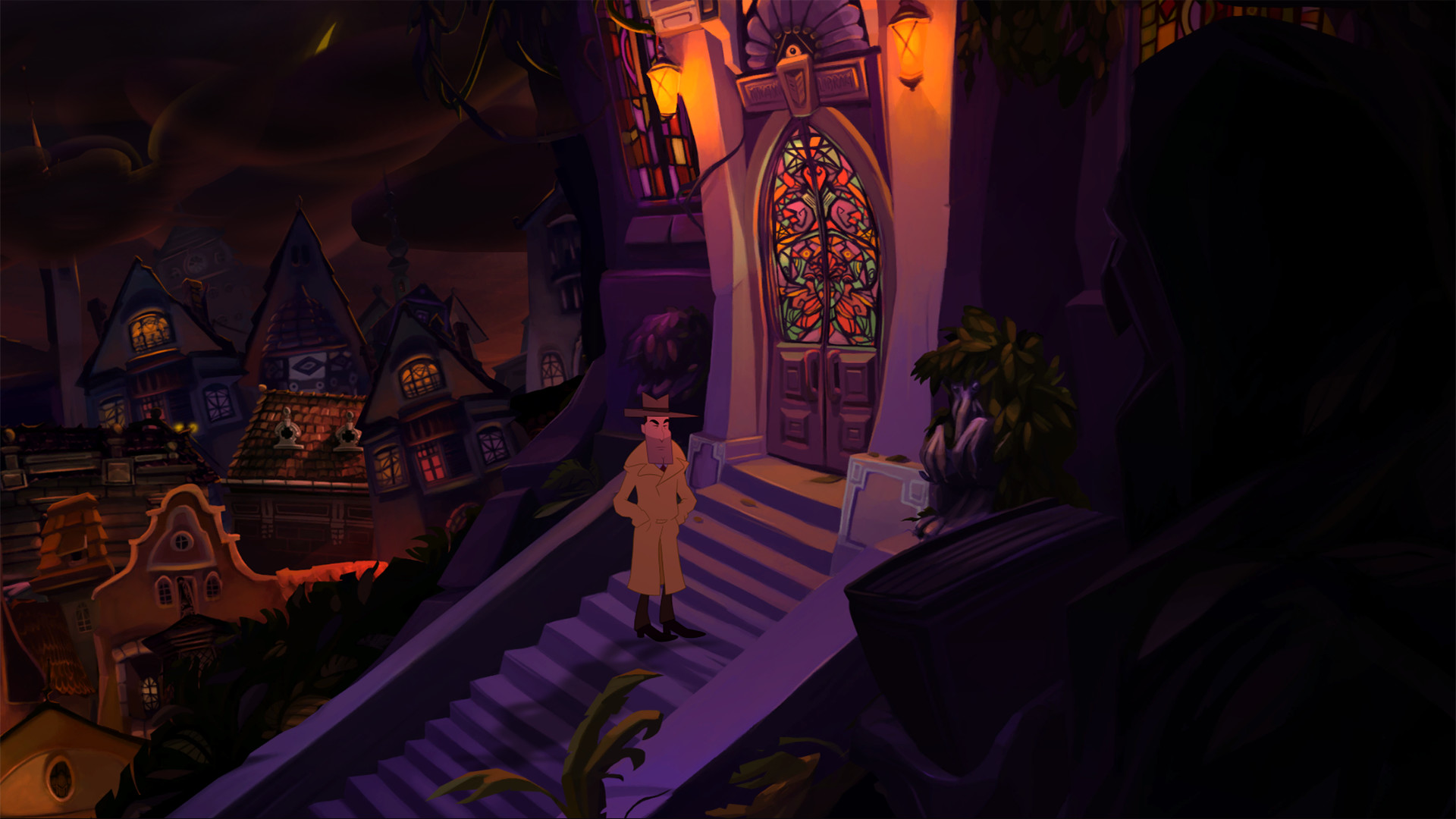 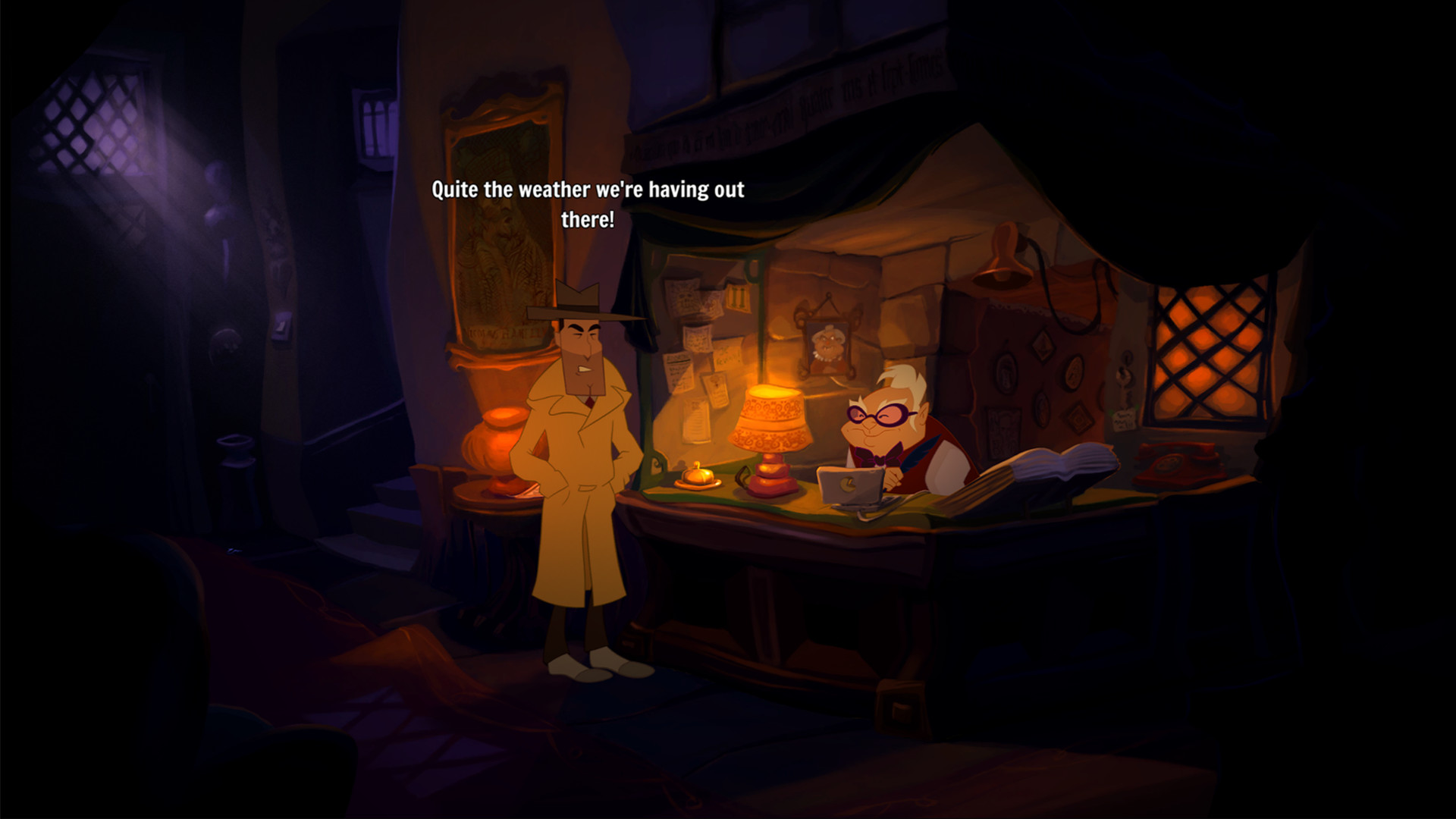 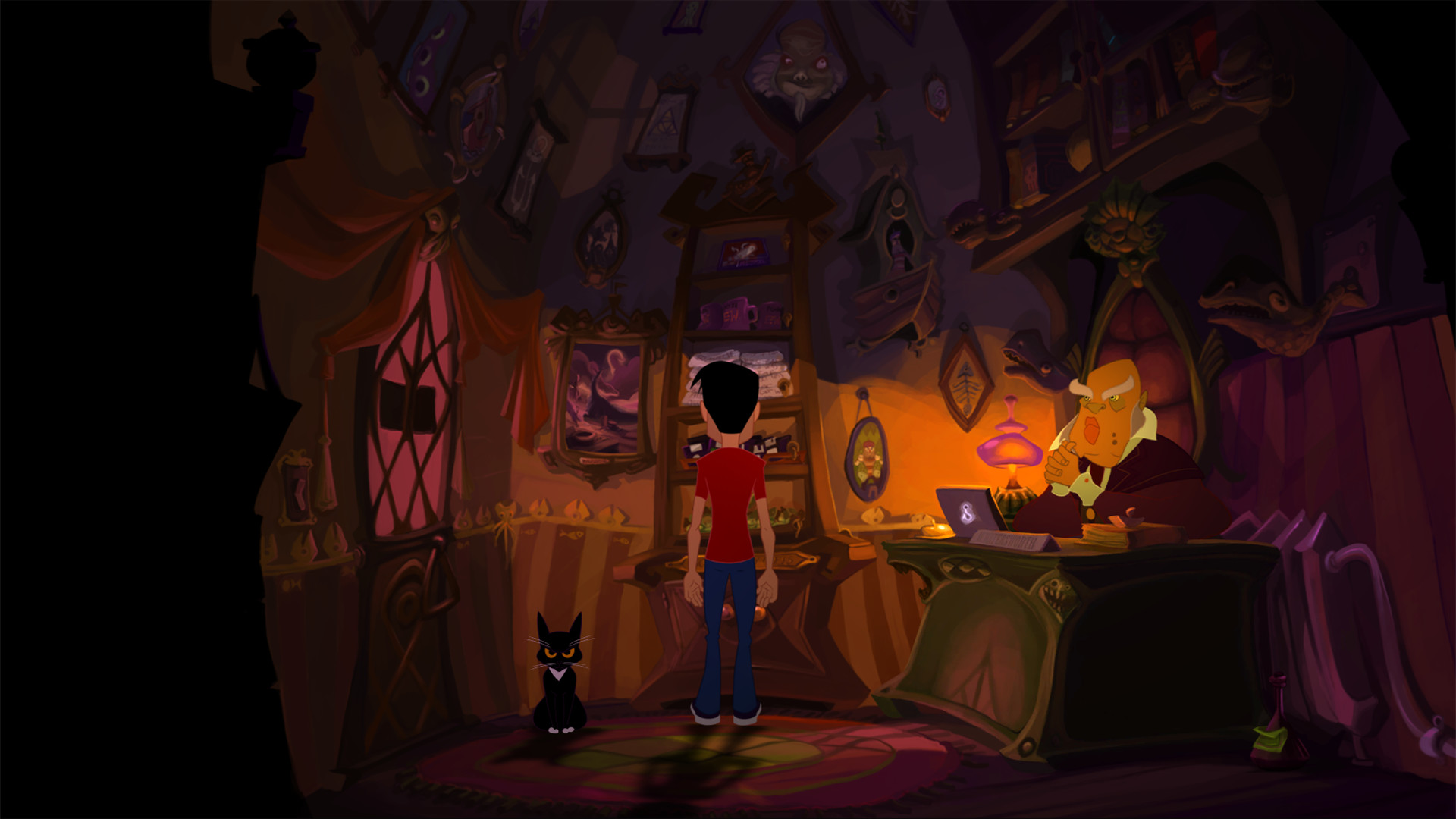 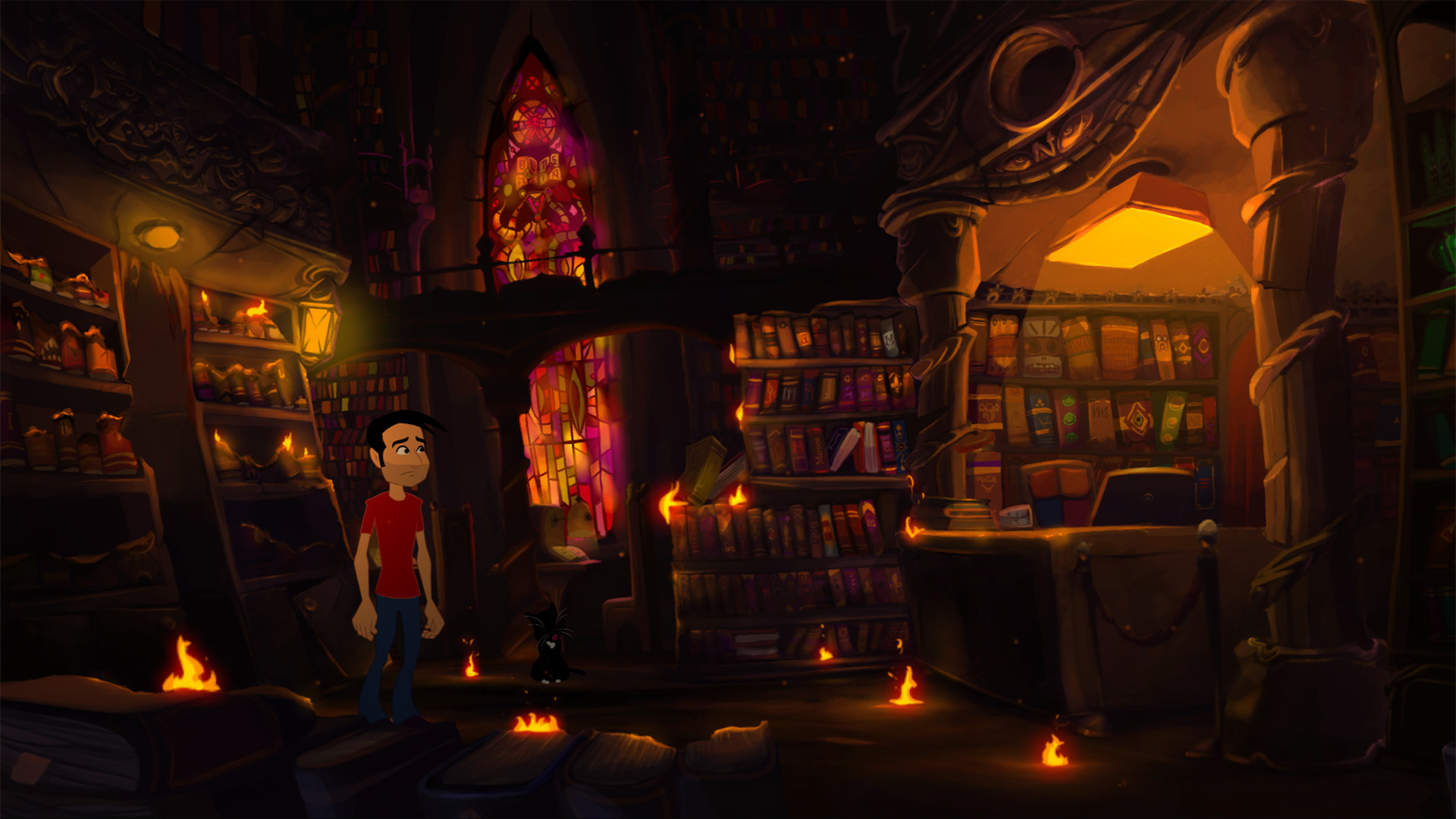 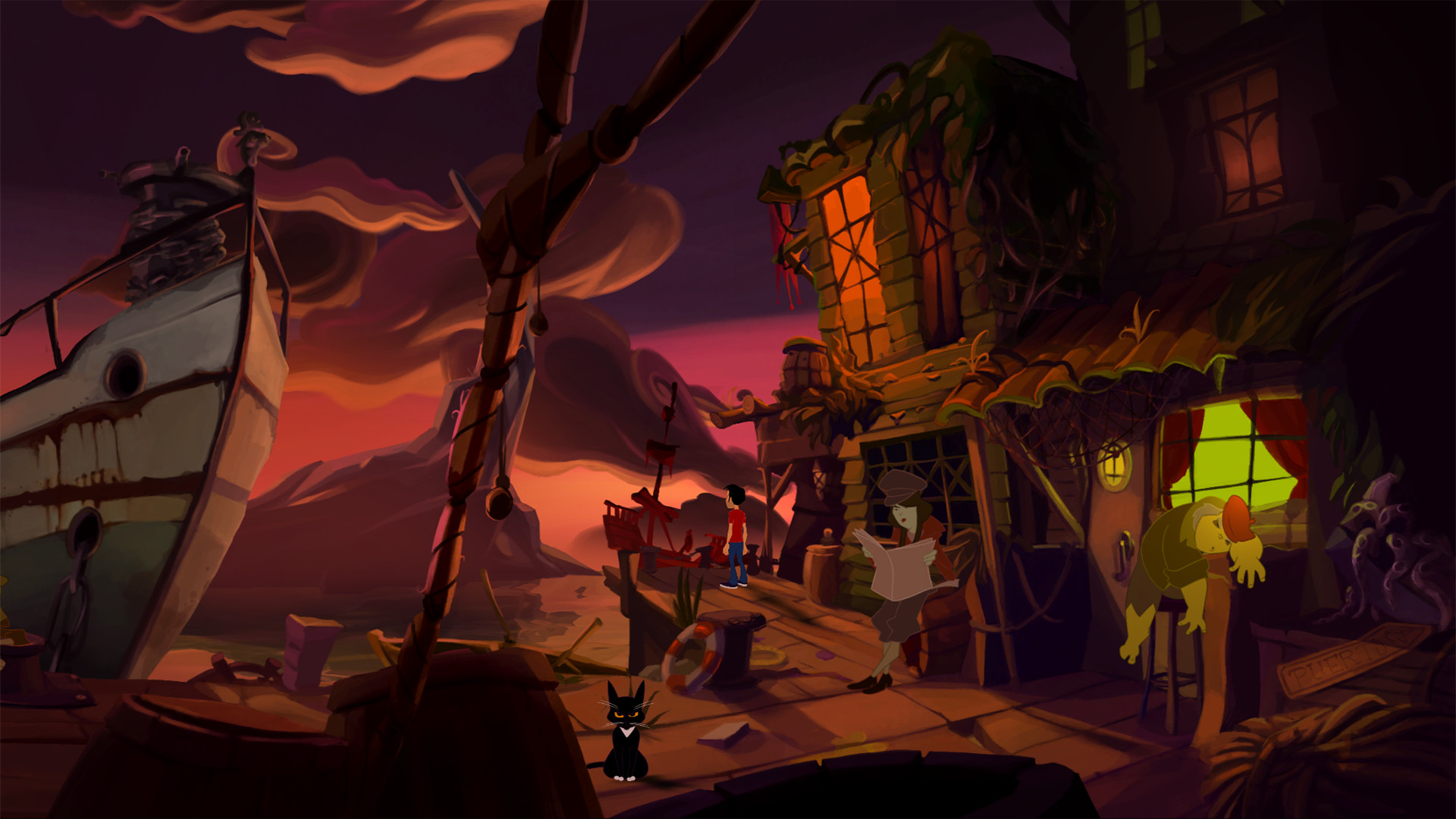 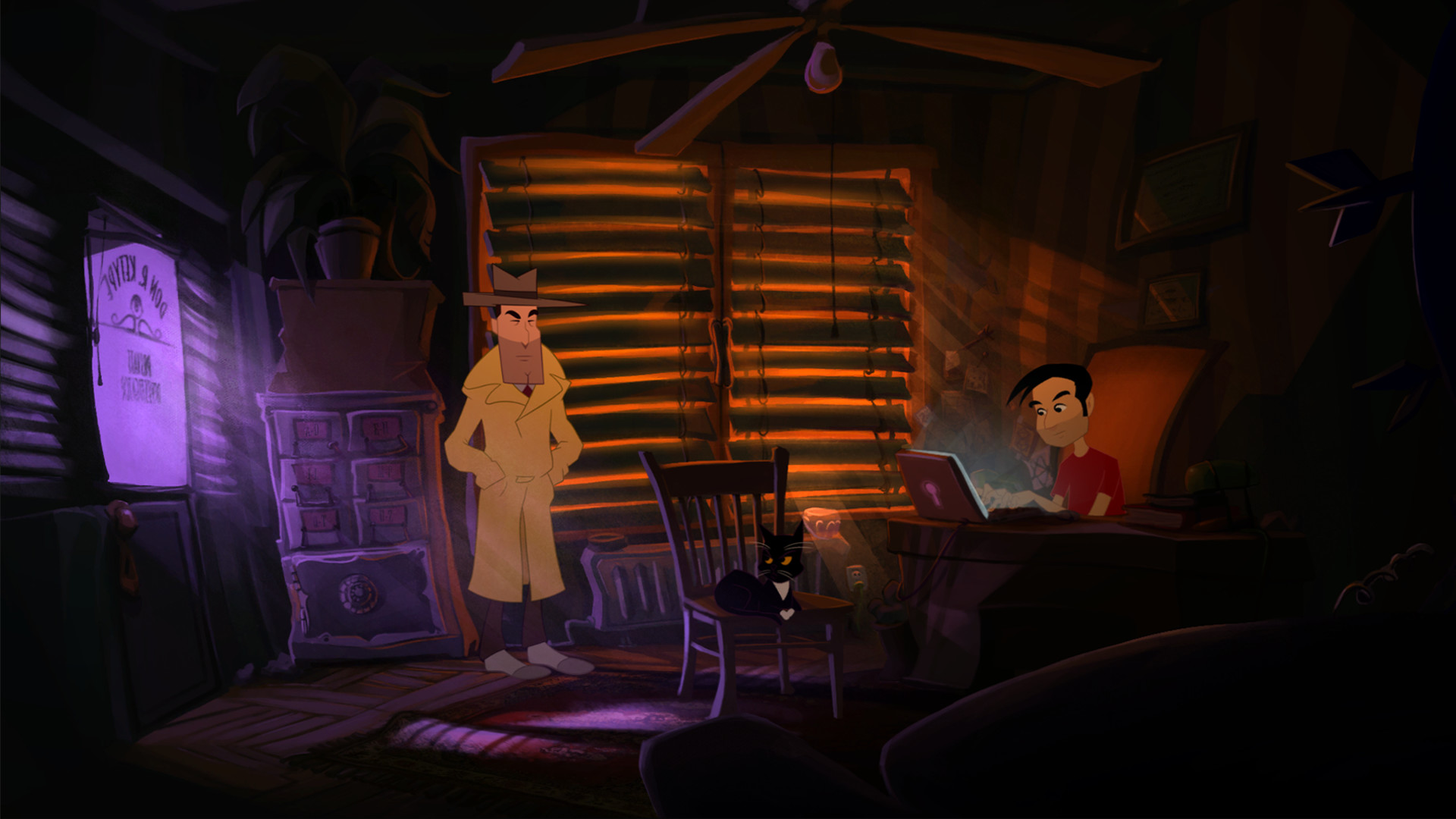 A comedy cosmic horror adventure made in Transylvania.

Darkham, with its crooked gambrel roofs, dark alleys, and a past shrouded in secrecy, never really was a welcoming place, but nowadays? Kooky cults are popping up everywhere, and that most evil book, the Necronomicon, is spoken of in trembling whispers once more.

Detective Don R. Ketype is on the case to retrieve the mysterious evil tome, but unsuspecting librarian Buzz Kerwan stumbles upon it and accidentally transforms his cat, Kitteh, into a walking, talking abomination. Being humanized? Quite a downgrade.

Gibbous is a comedy cosmic horror game - a modern adventure that is classically inspired, features gorgeous HD art, detailed traditional animation, and a lengthy story that will see the three protagonists travel around the world and deal with abominations both cosmic and human-made, voodoo, and Things That Should Not Be. From Lovecraft Country to Transylvania, set off on a quest to get a very cynical cat to stop talking.

• Over 60 hand-painted, detailed environments inspired by Transylvanian architecture and nature;

• Fluid traditional 2d animation with a Disney-esque look and feel;

• Special guest appearance by Doug Cockle, voice of the Witcher;

• Contains most genuine Transylvanian accent in games and media, like, ever;

• A lengthy cinematic story that spans continents and more;

• Integrated hint system to help you when you’re stuck;

• Custom voiced responses for all the crazy combinations you can think of;

• Lovingly made near Vlad the Impaler’s birthplace;

• No cutesifying or making fun of the Old Ones, praise their Dark Names;

• Did we mention the talking cat?