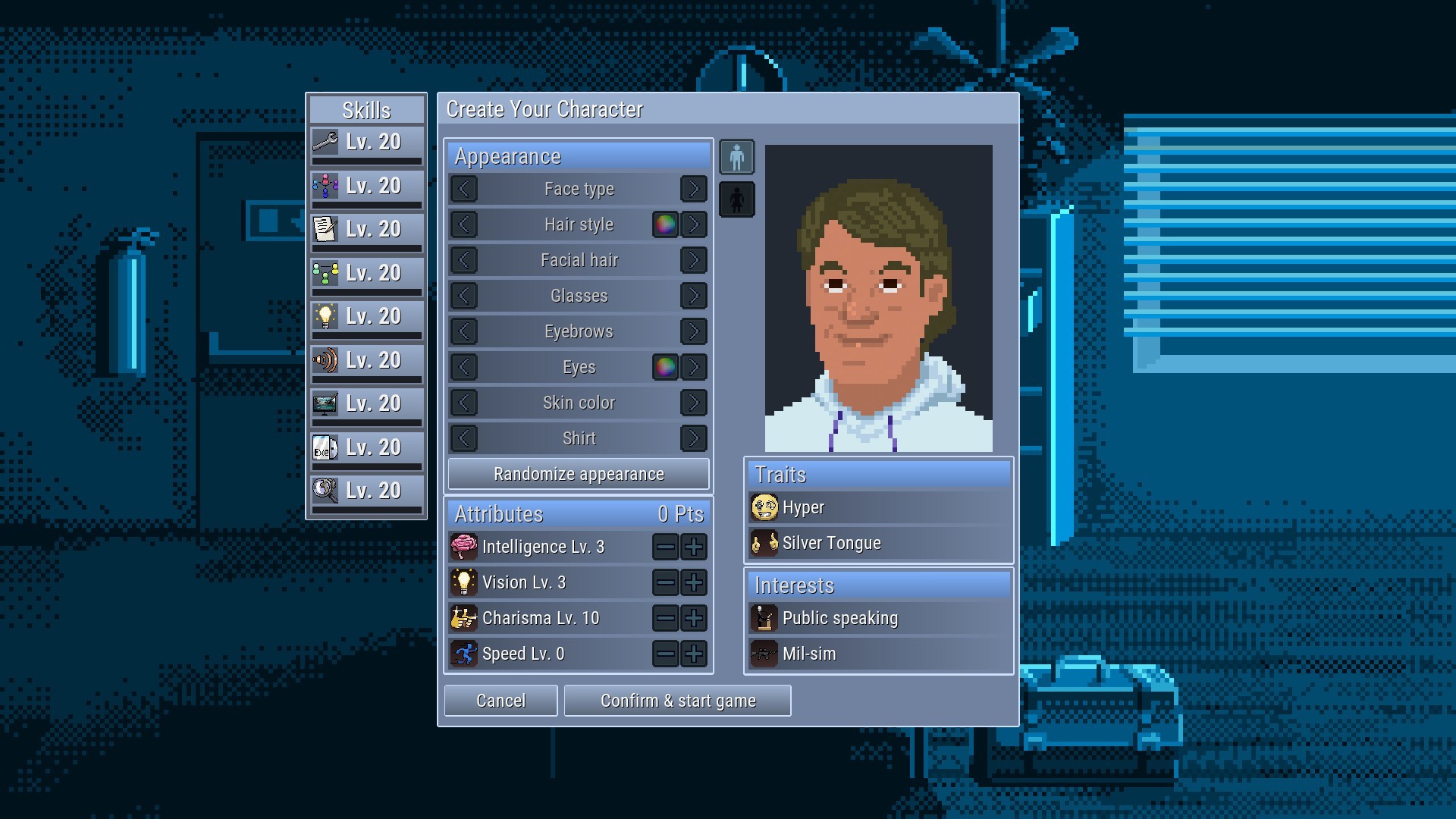 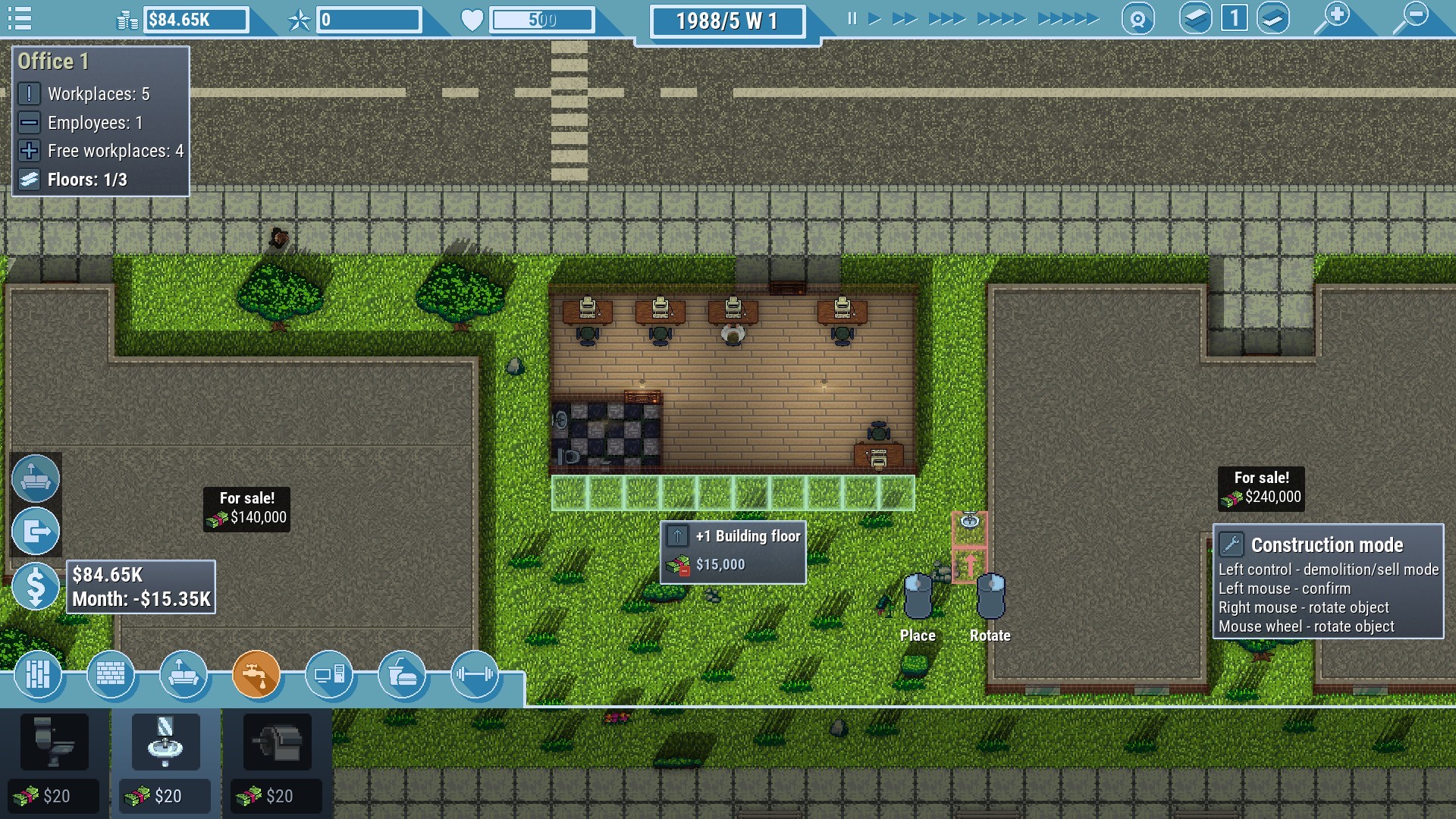 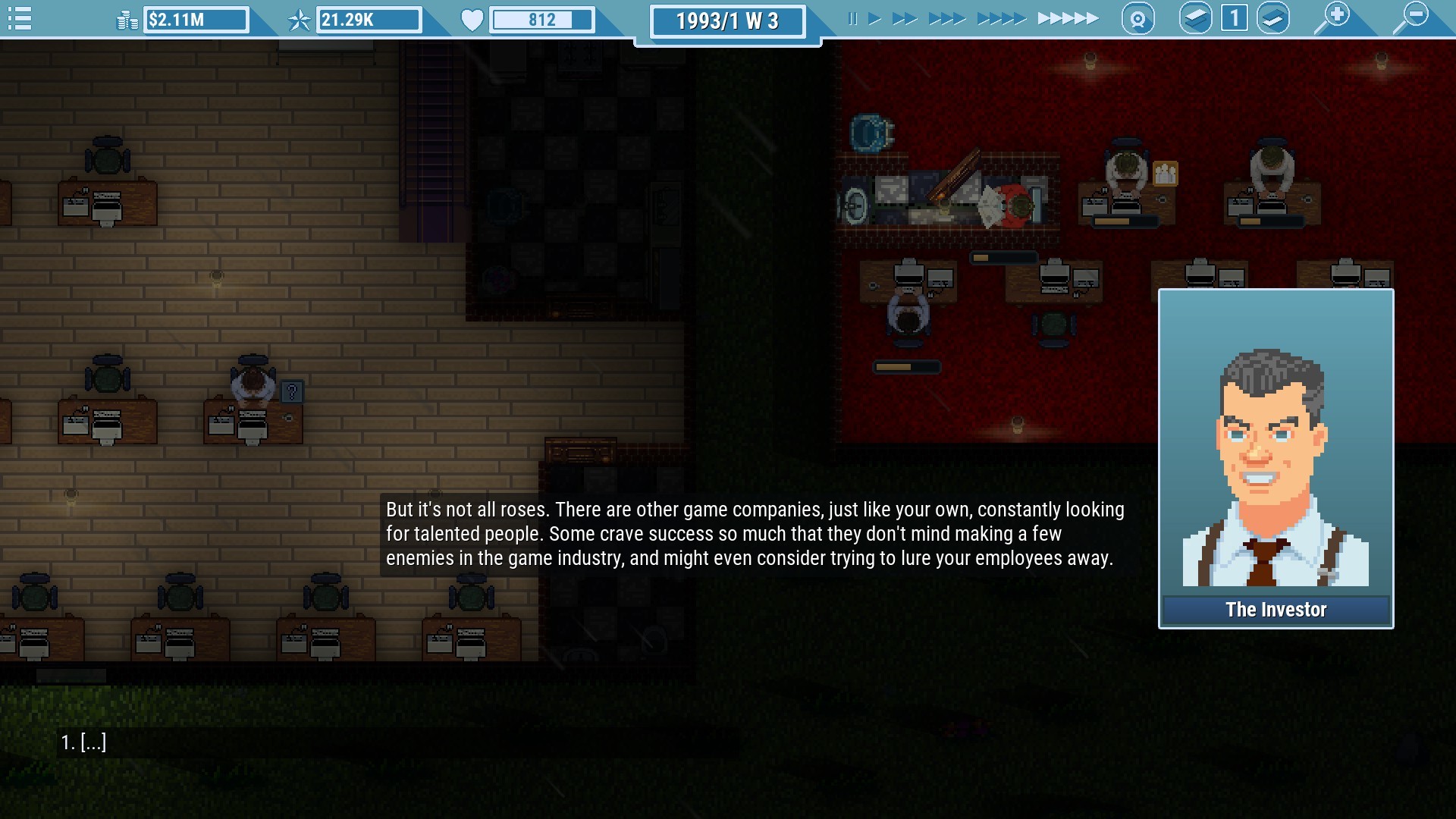 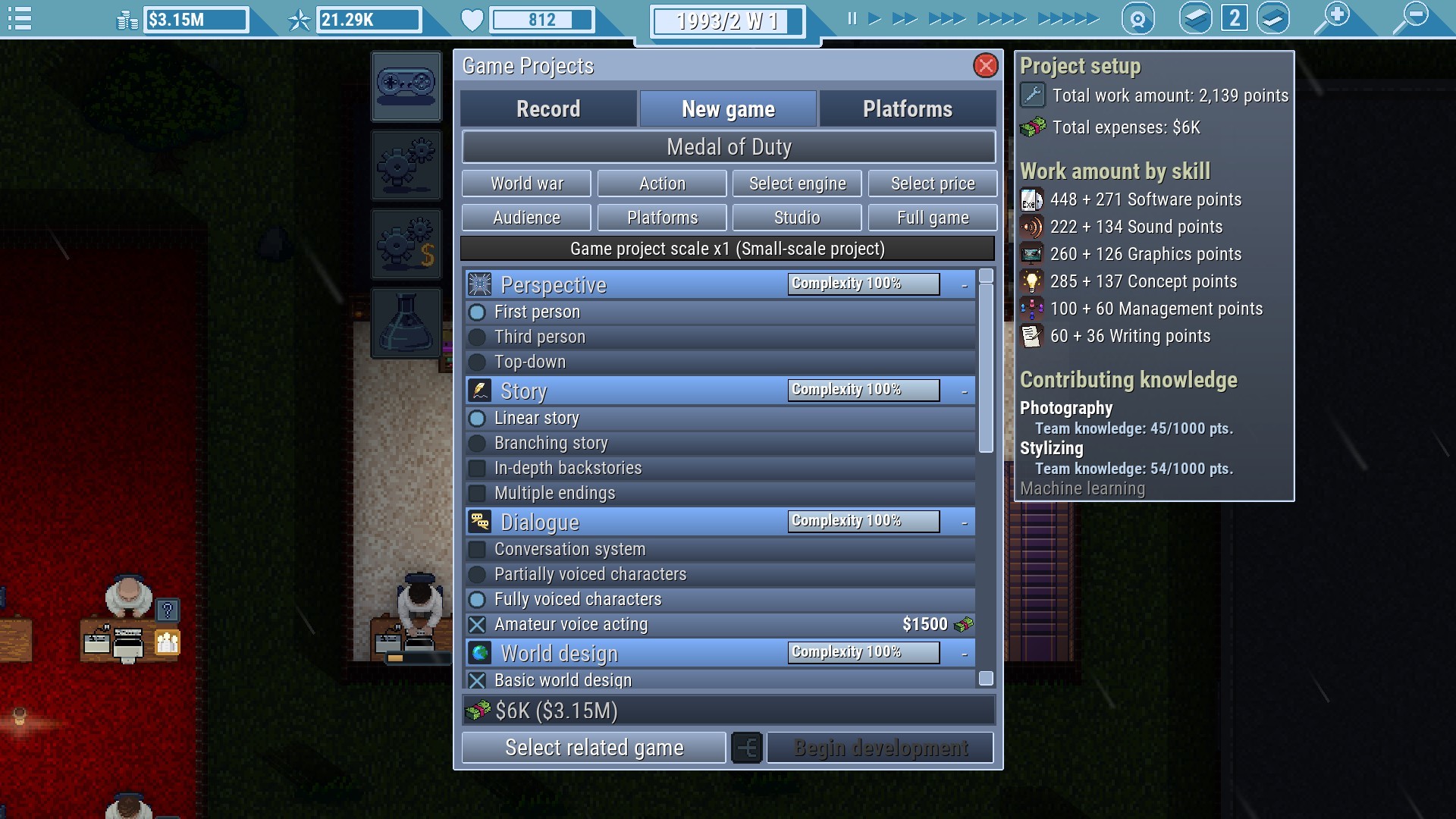 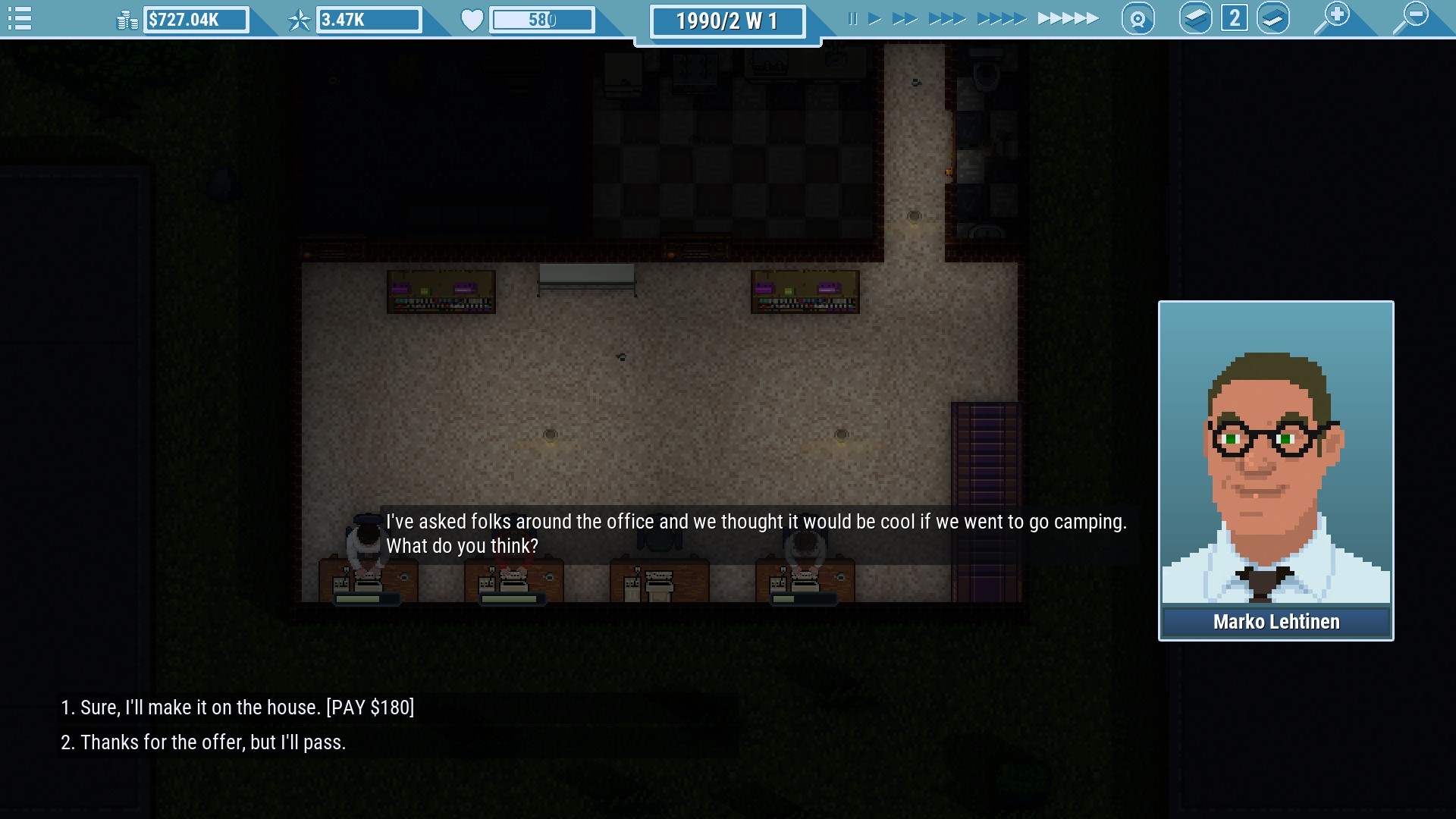 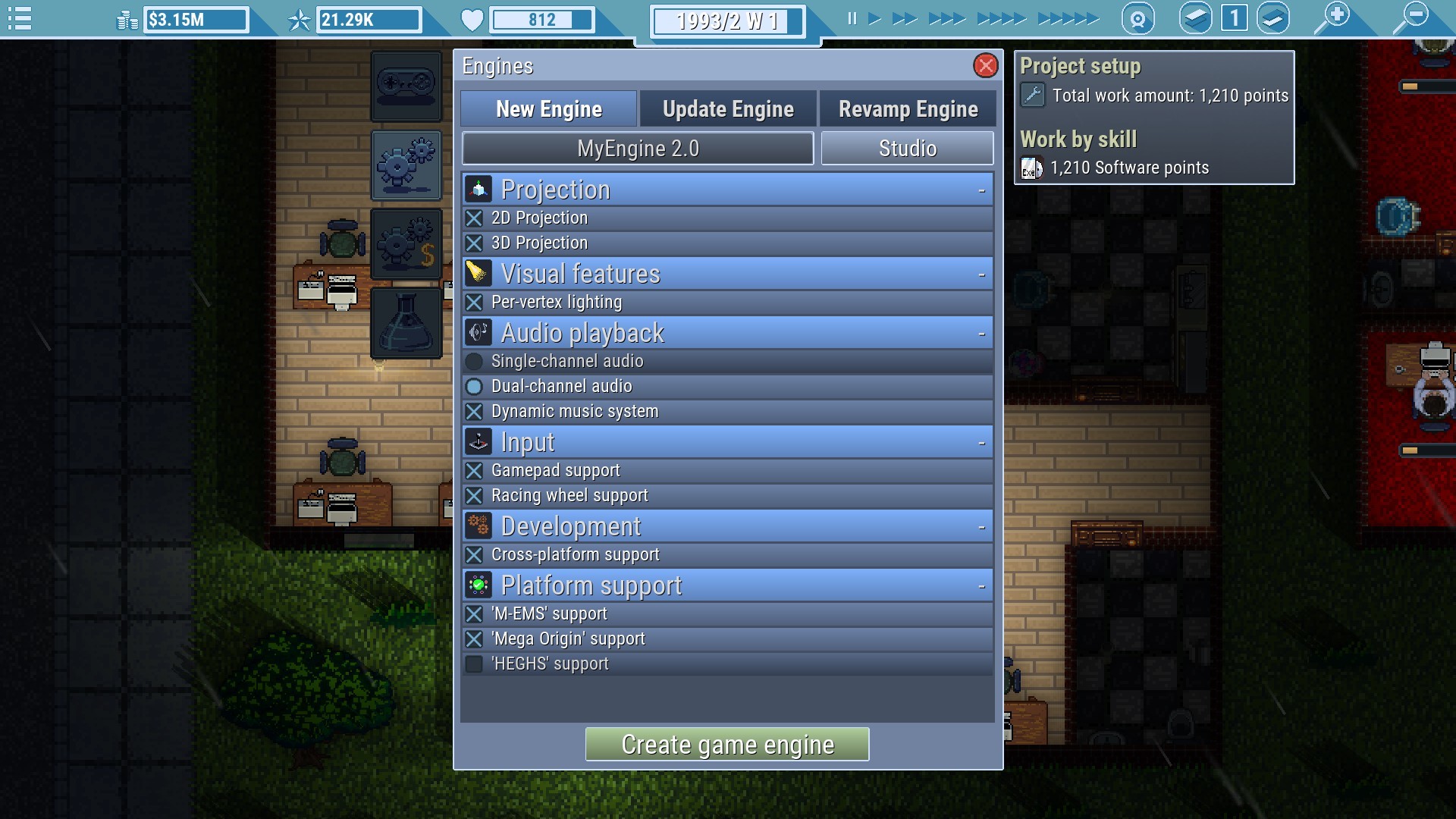 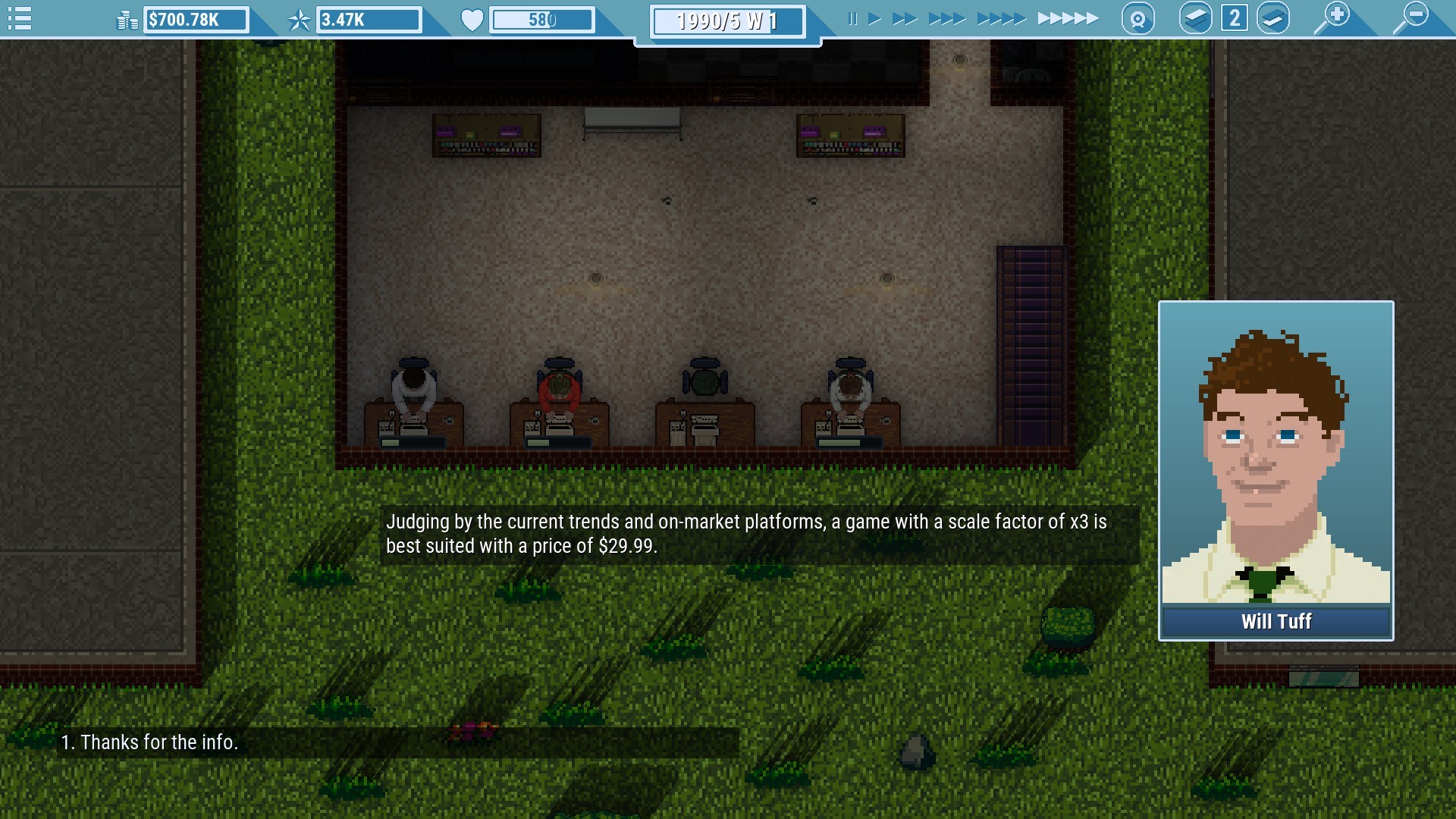 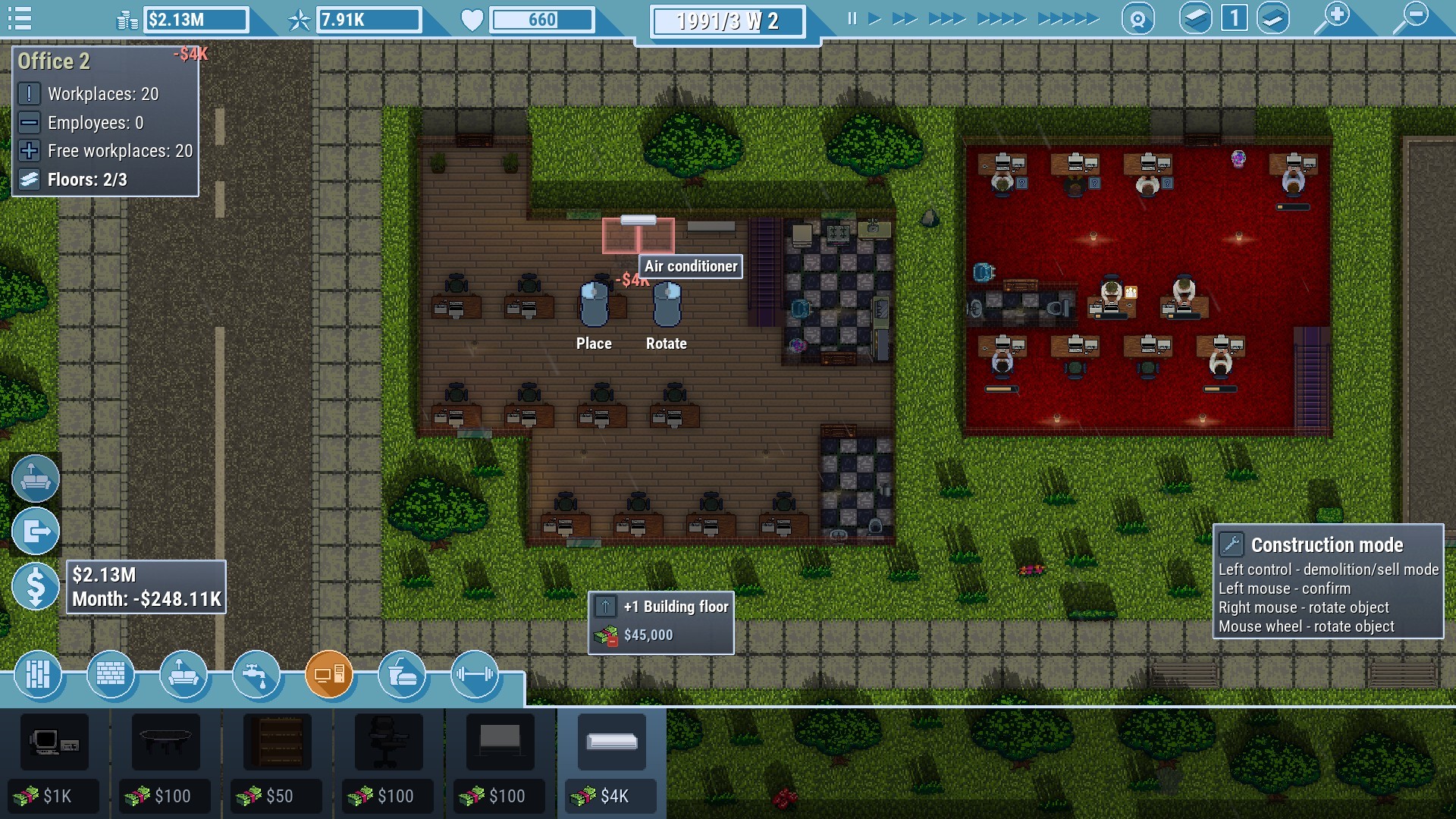 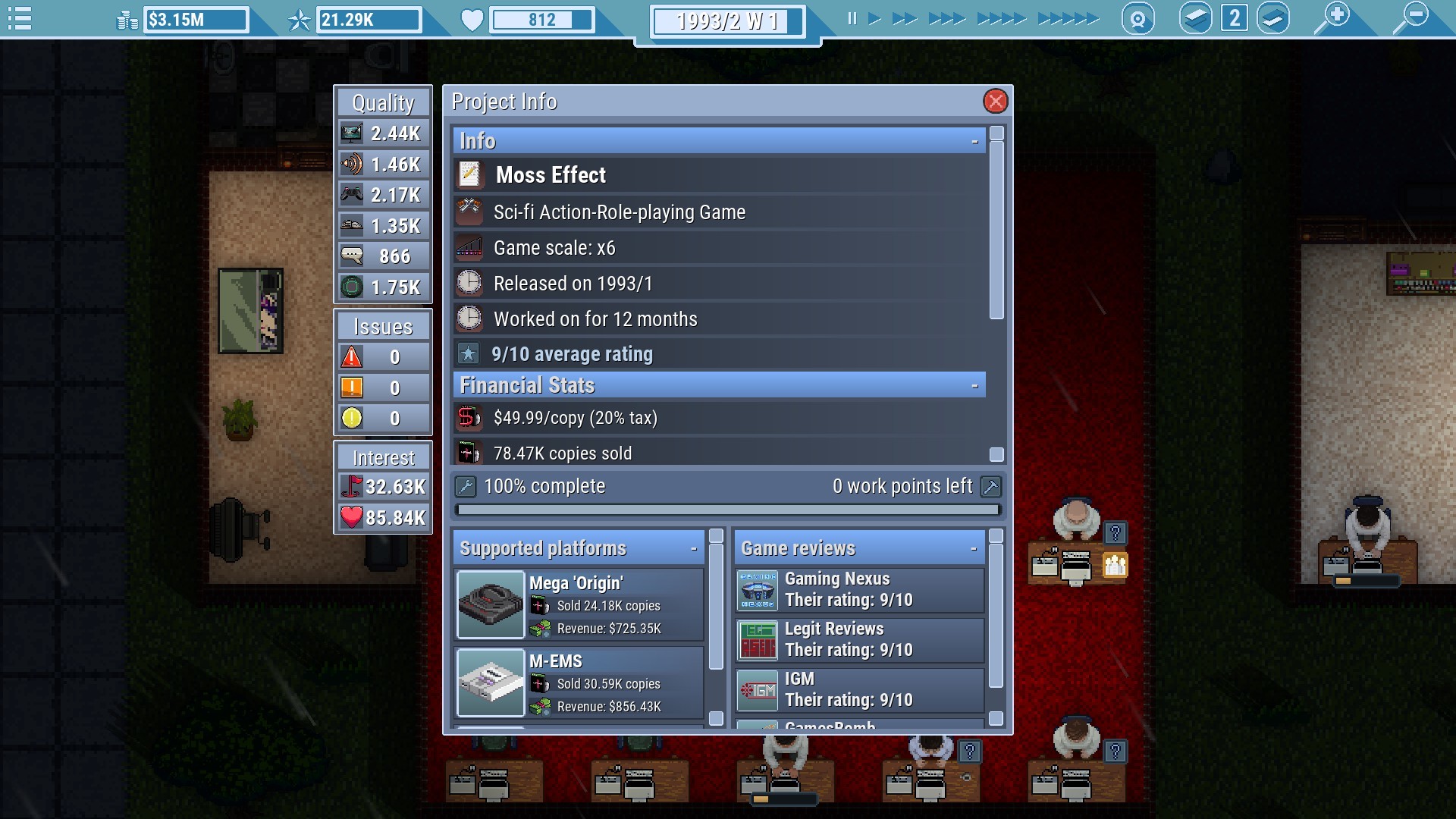 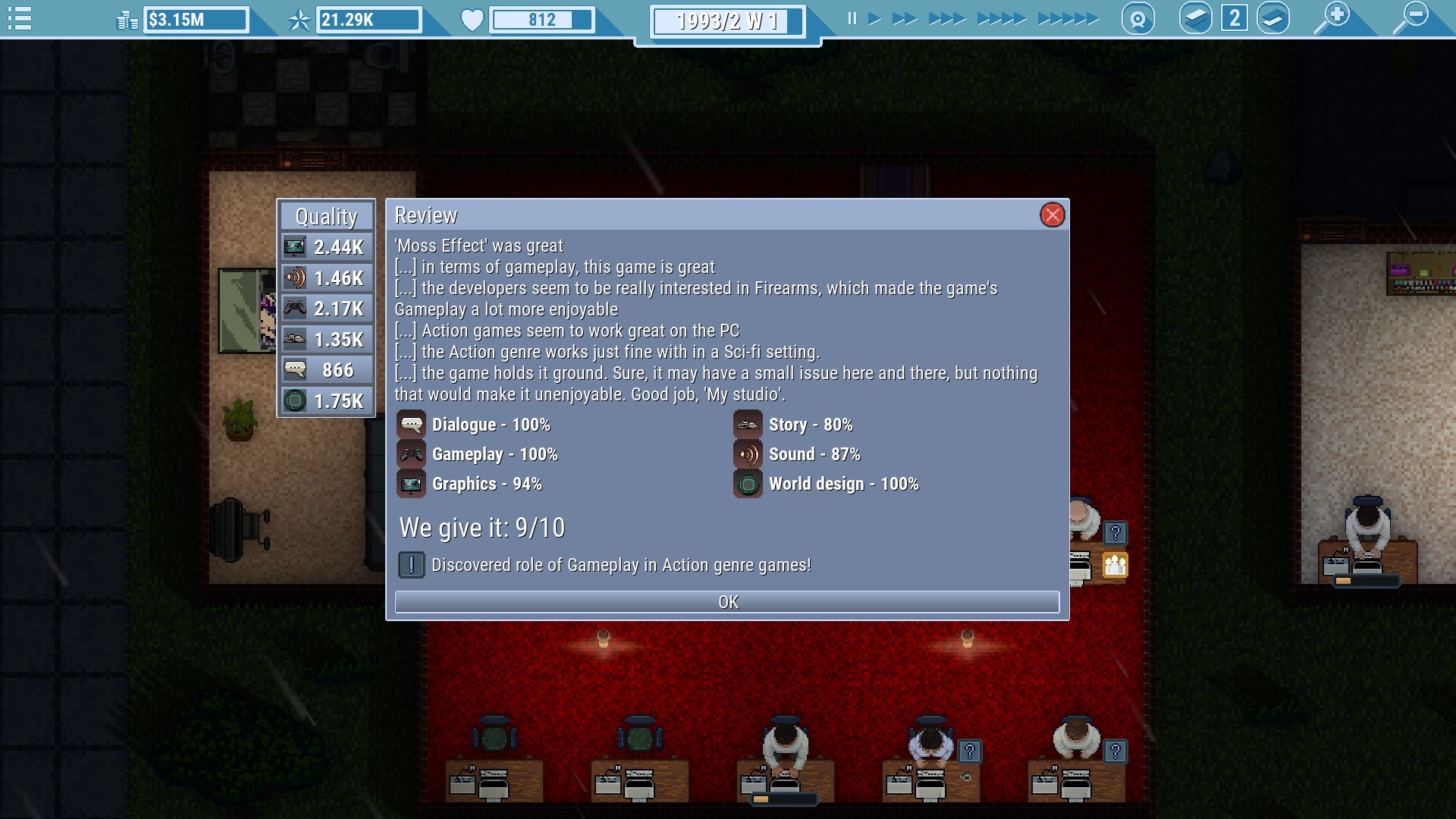 How will you run your own offices and ascend to greatness in the gaming industry?


Non-linear progression. Fill the empty spaces in your office with any objects you wish, and when you run out of space, buy a new building to continue expanding!

Find the best employees for your studio. Employees have their skills, attributes, traits, interests, and knowledge on topics.
Create multiple teams, work on multiple game projects at once, or reach for the stars by focusing all your workpower on one game.
Just don't forget that you won't get to keep your employees forever.

Rev up those engines. Make game engines, update them with new tech, and revamp them when the code gets too messy!

Hype it up! Advertise your games through a multitude of ways: invite reviewers for an interview, start a mass advertisement campaign, contact online personalities to create early playthrough videos of your game, hire agencies to shill your game online, and even bribe reviewers!

Show your rivals who's boss of this industry. Your rivals are on the lookout for talented developers just like you are, so get ready to fight off their attempts to lure your employees away with higher salaries. Give them a taste of their own medicine and buy them out when they go under!

Never a dull moment. Story mode, four extra campaigns, a freeplay mode, and the ability to randomize various aspects of the game at the beginning of a playthrough make for greater replayability.

Full modding support via Steam Workshop. Every little bit about the game can be changed with mods, even turned into something else entirely if the modder's skill and patience allows them.