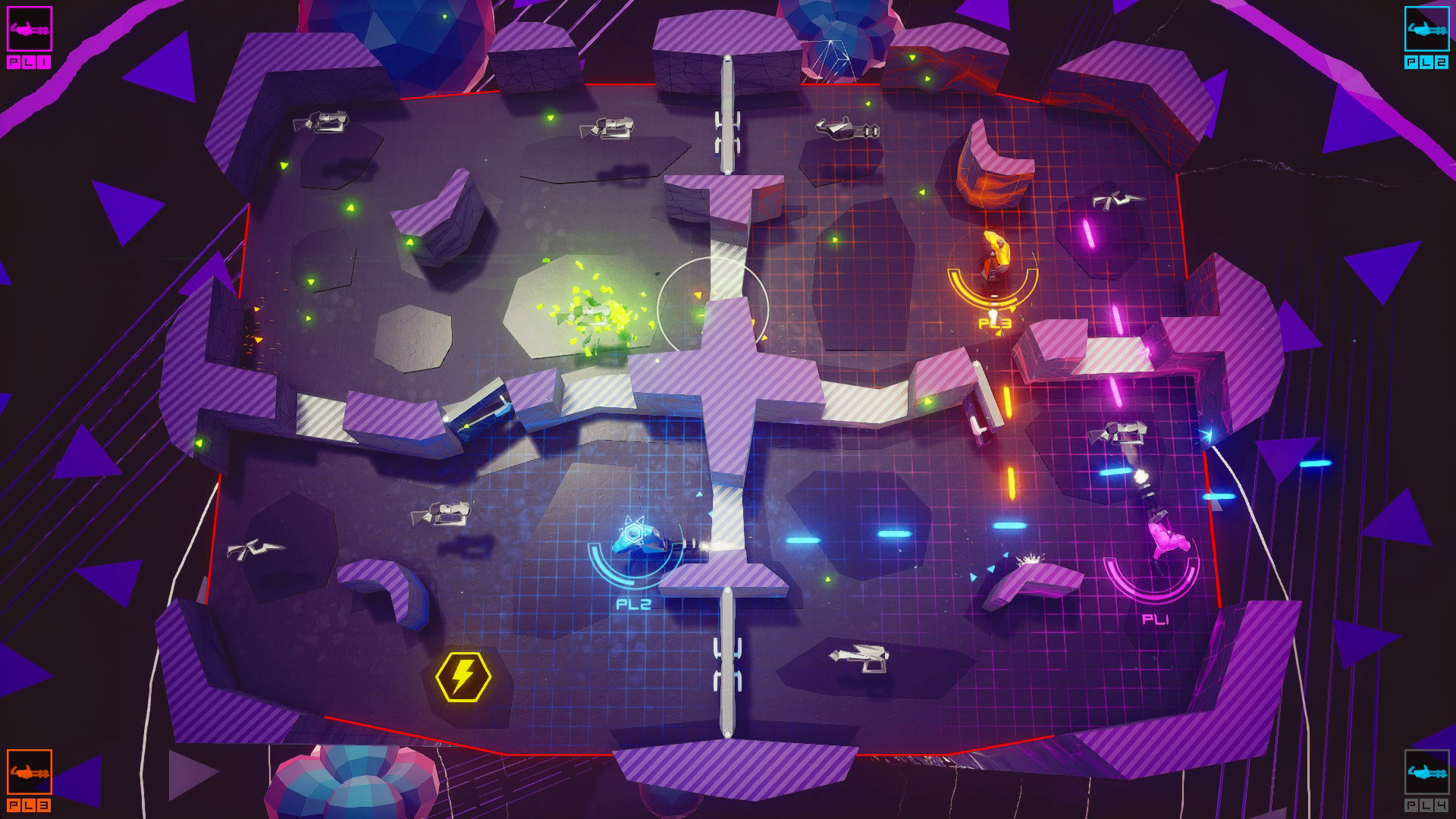 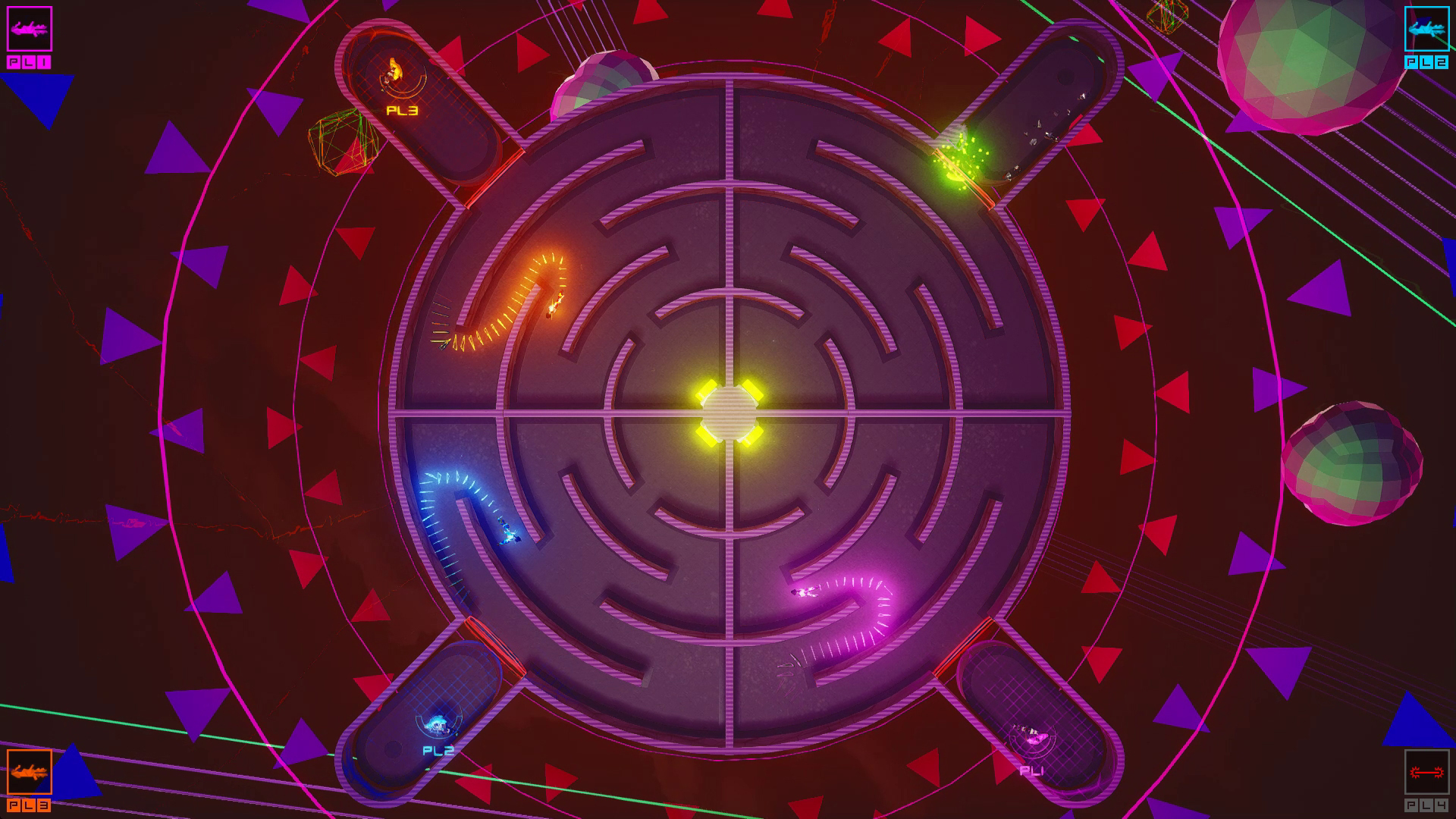 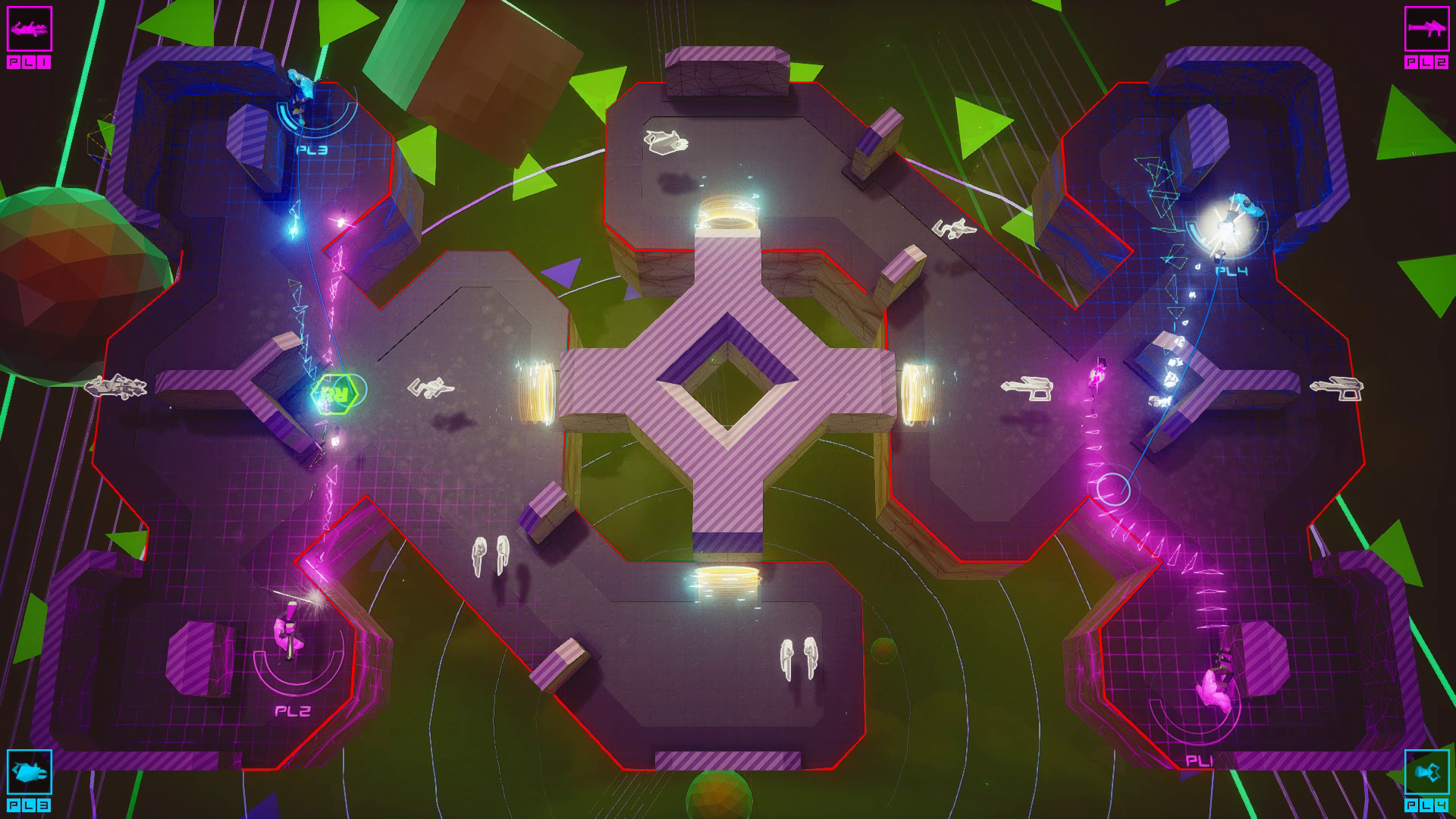 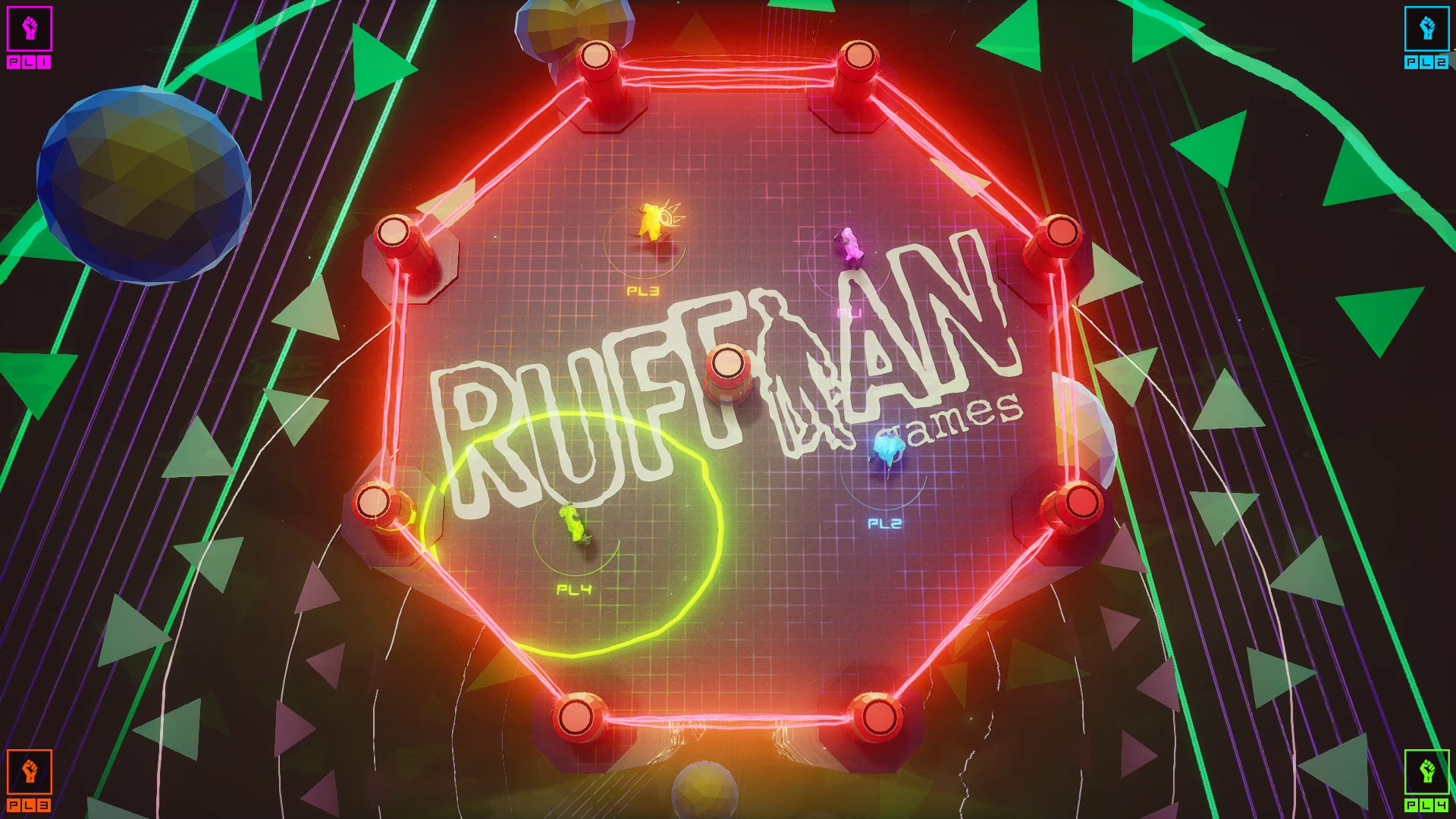 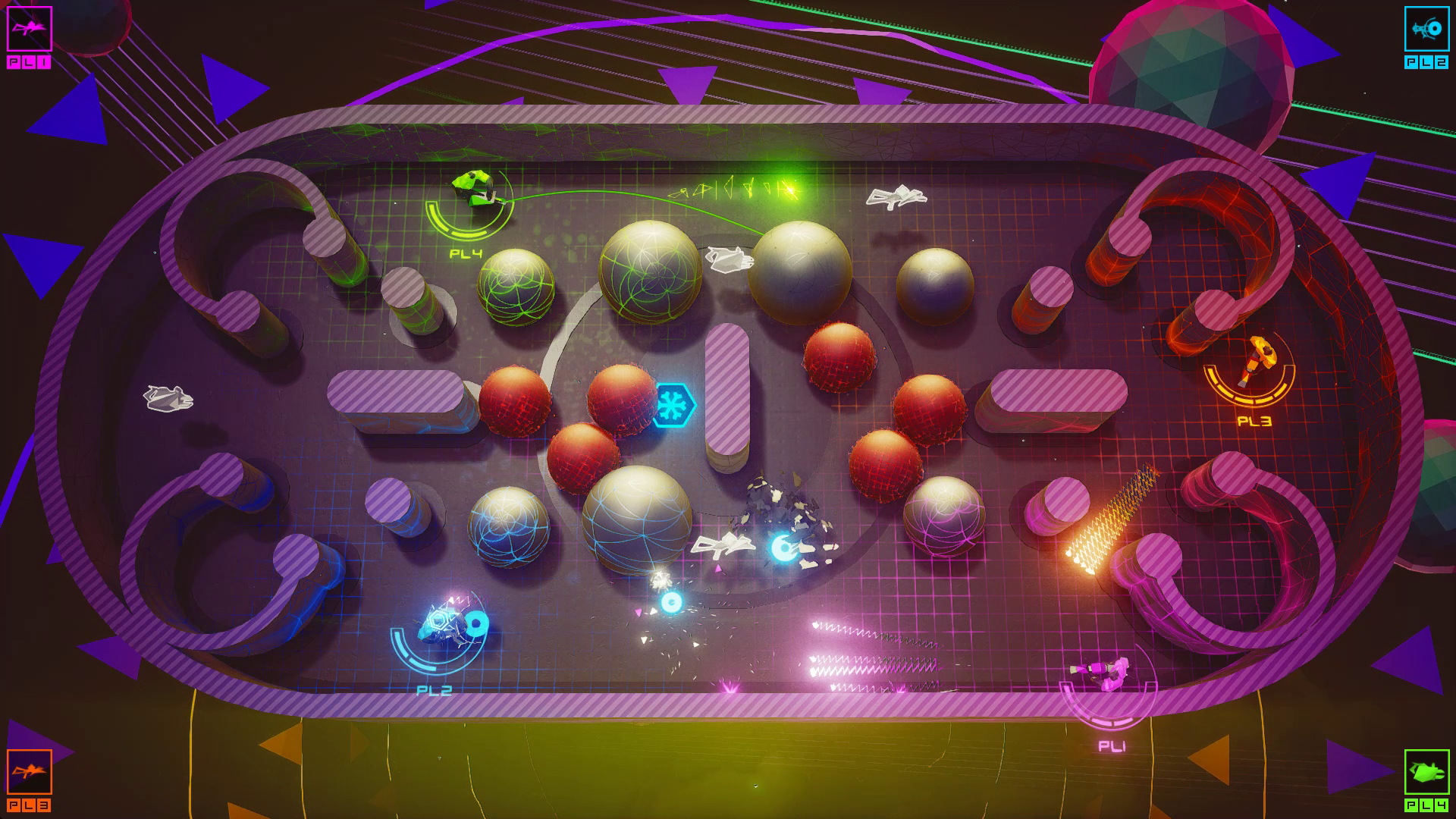 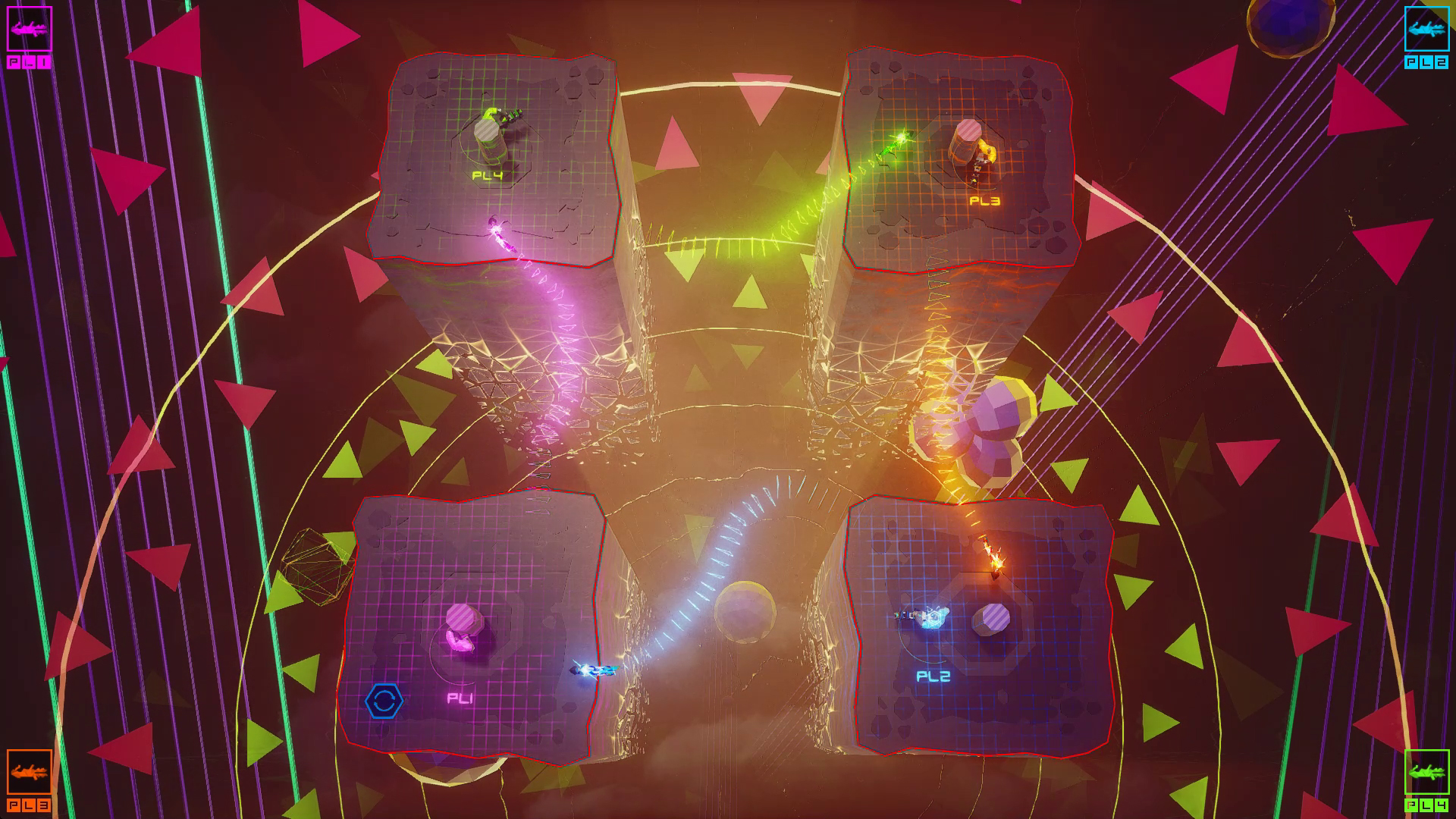 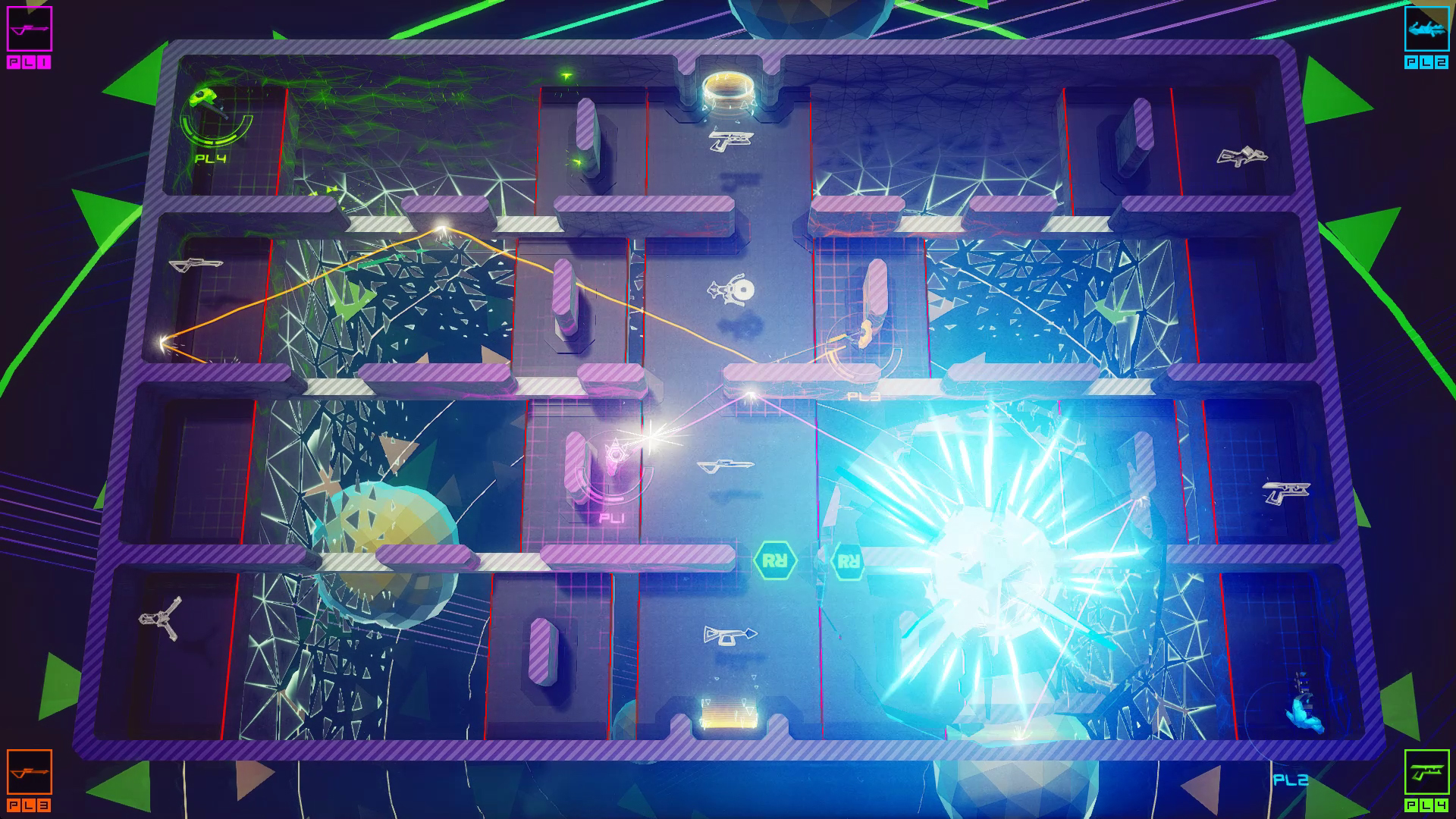 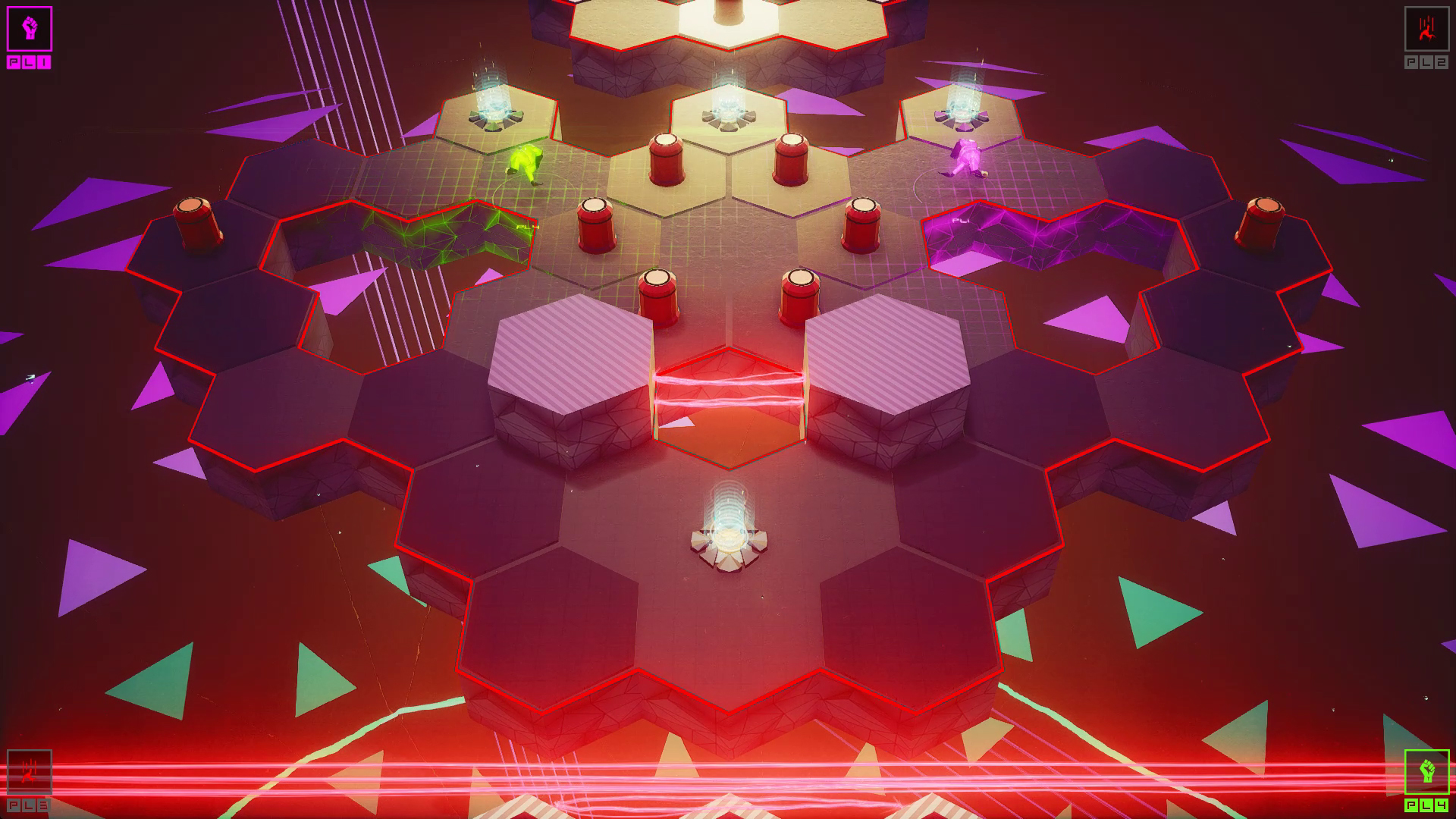 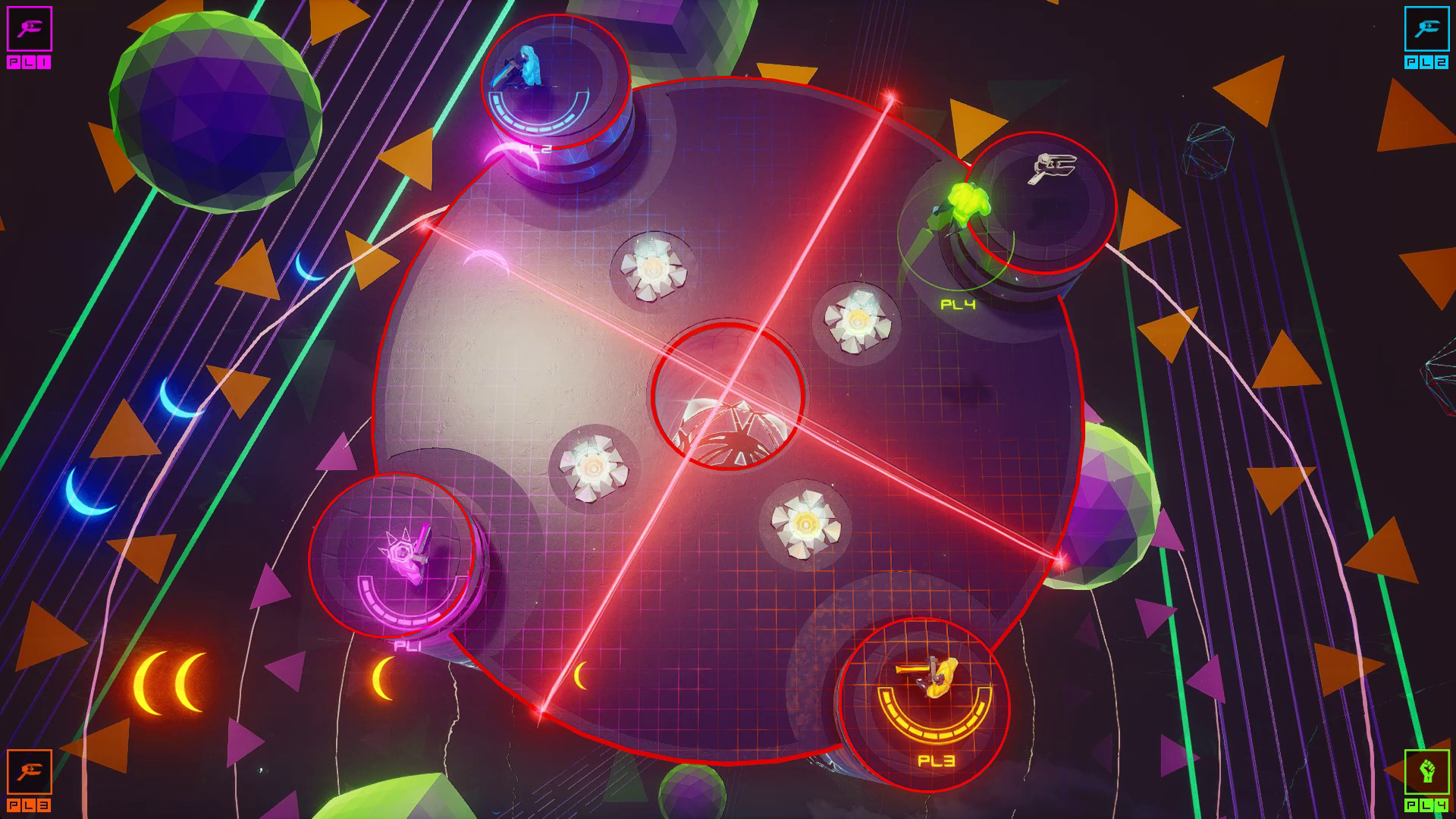 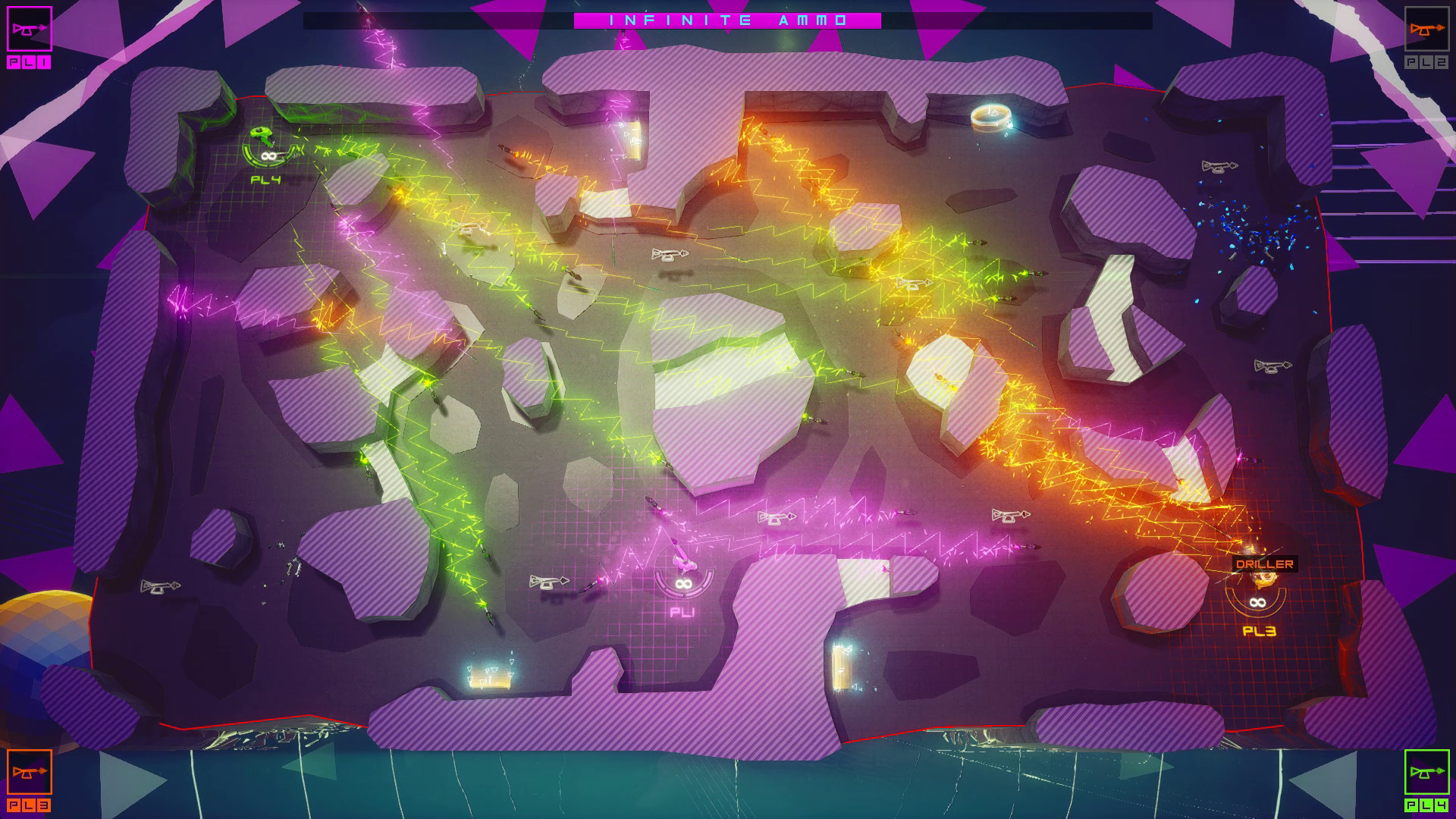 An intense competitive and co-operative, couch-play multiplayer twin-stick shooter with some of the fastest and most frantic gameplay around. It’s a single screen, explosive arcade blast of fun where the weapons and arenas are deadly and the rivalry is fierce.

The top down view means there's nowhere to hide so you better bring your "A" game! Low ammo ensures changing weapons on the fly is a must. Just make sure you know how to use it or you might blow yourself into a hundred tiny fragments.

Did we mention one shot kills? Yeah, you're probably going to die a lot in Fragmental, but you’ll be having some good old noisy fun in the process.

Reaction skills, tactics, luck (and an elbow to the ribs!) all play their part, as you and your friends fight to master the mass of dynamic battle arenas, sheer variety of weaponry and game changing modifiers at your fingertips. It's a varied, lightning fast and unpredictable explosion of multiplayer fun.

This is competitive “shoot you in the face” action stripped down to its purest, most entertaining form.

Get your friends, grab a gun, and get stuck in!