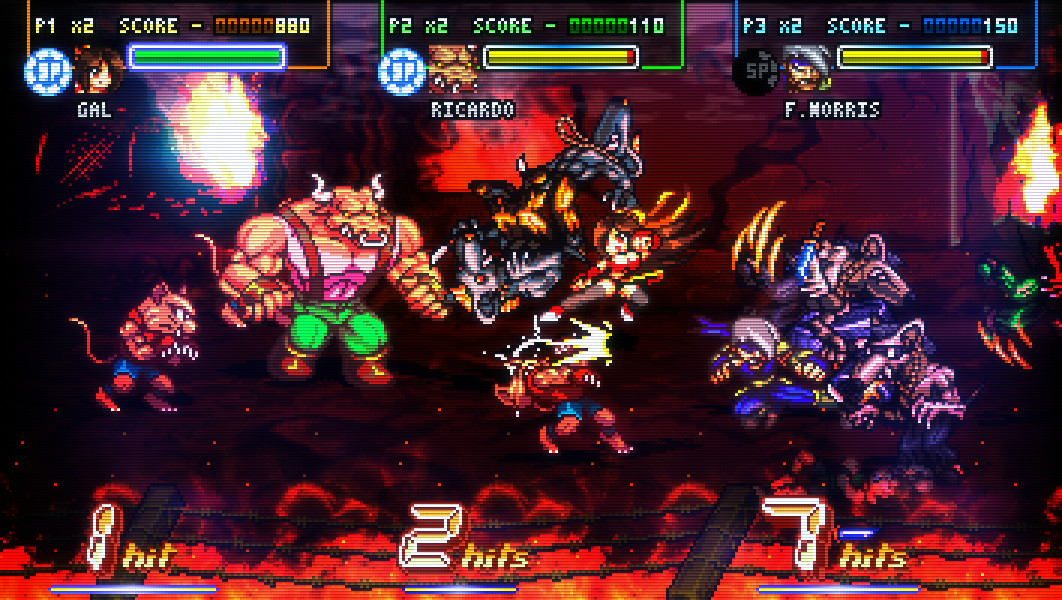 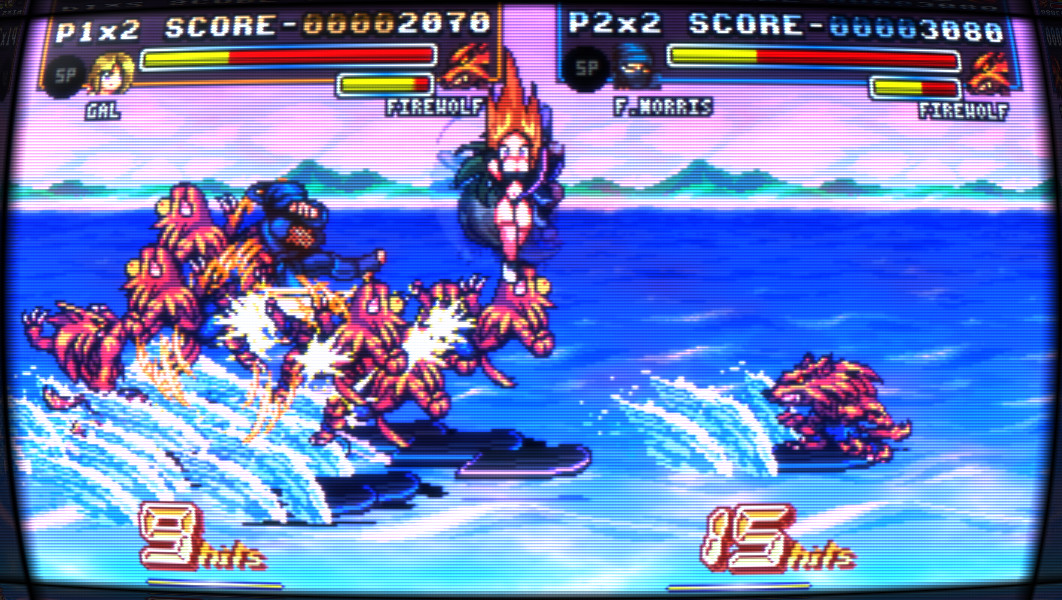 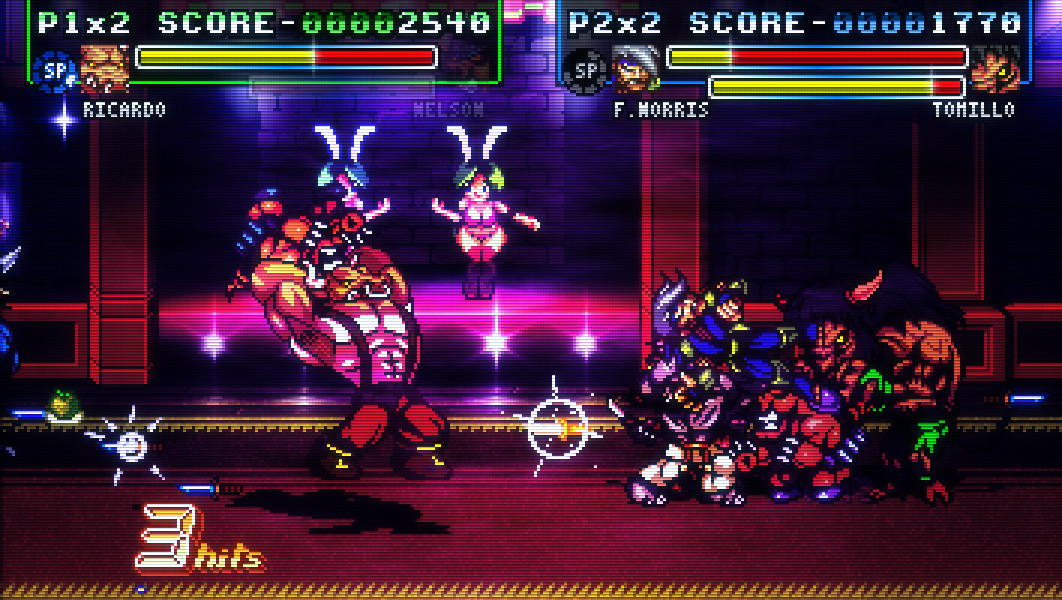 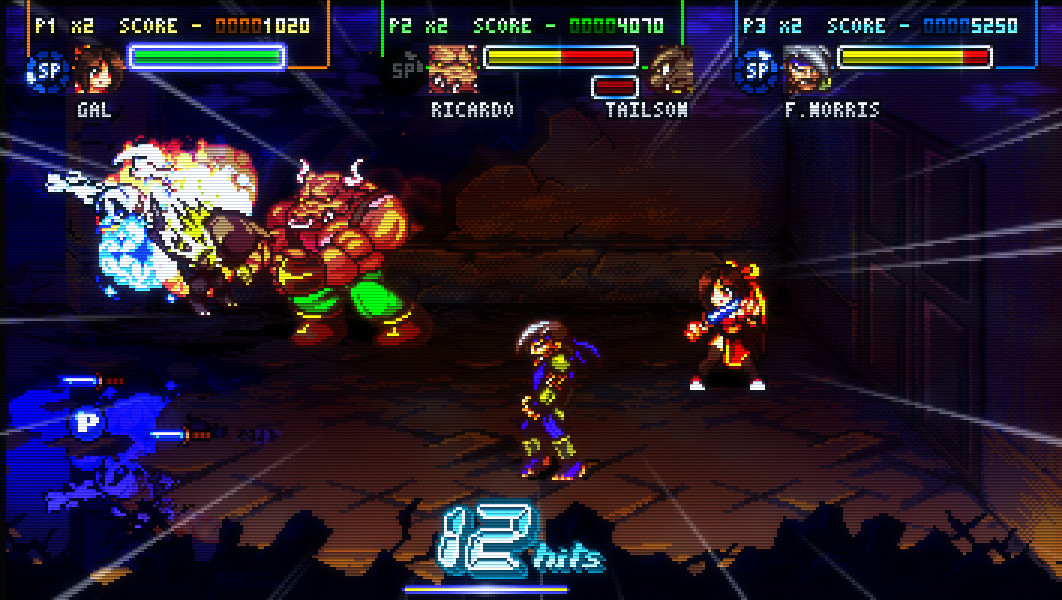 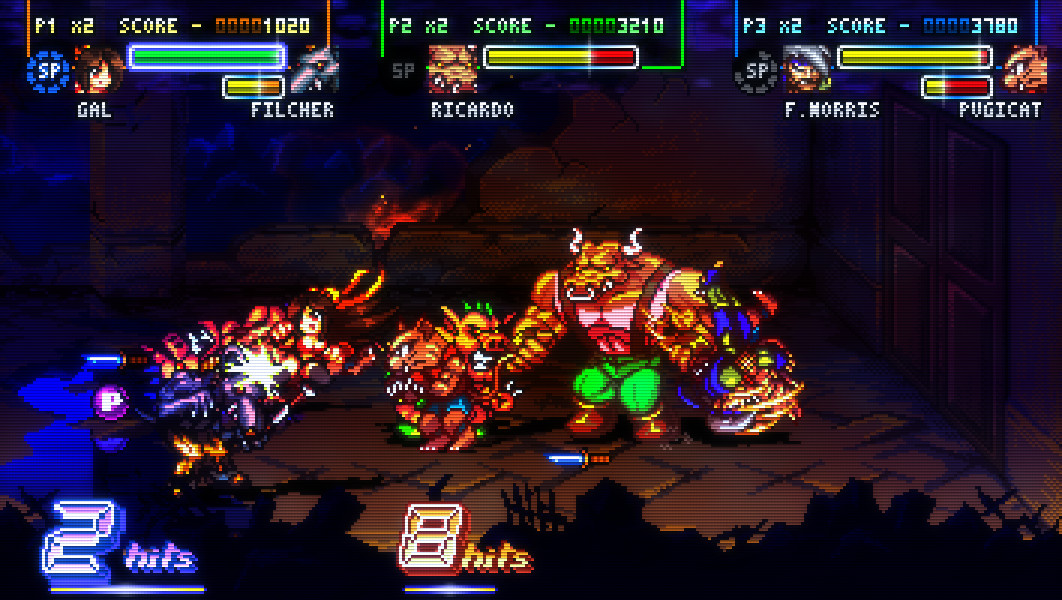 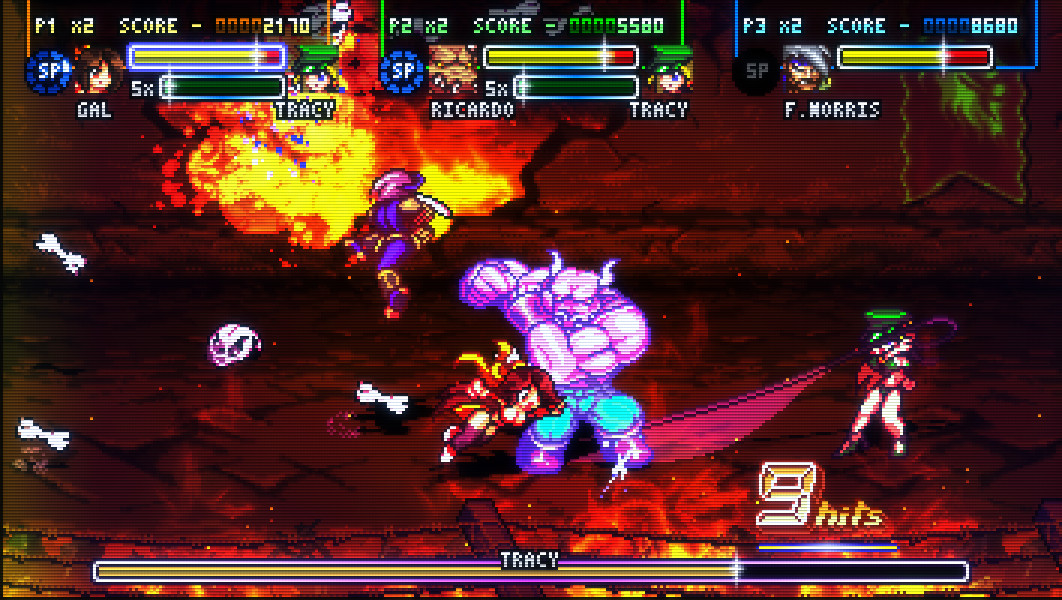 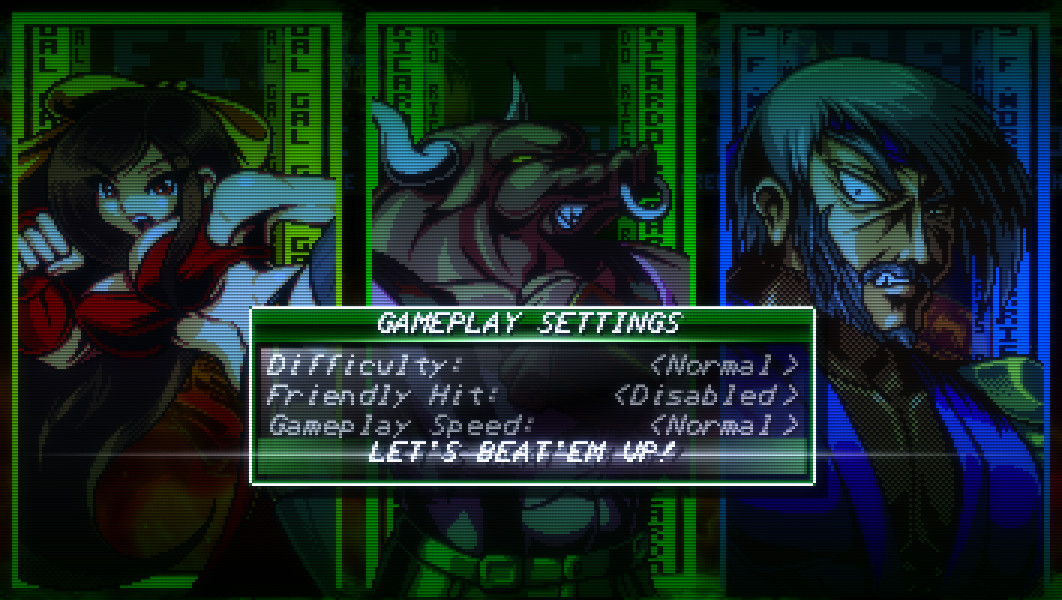 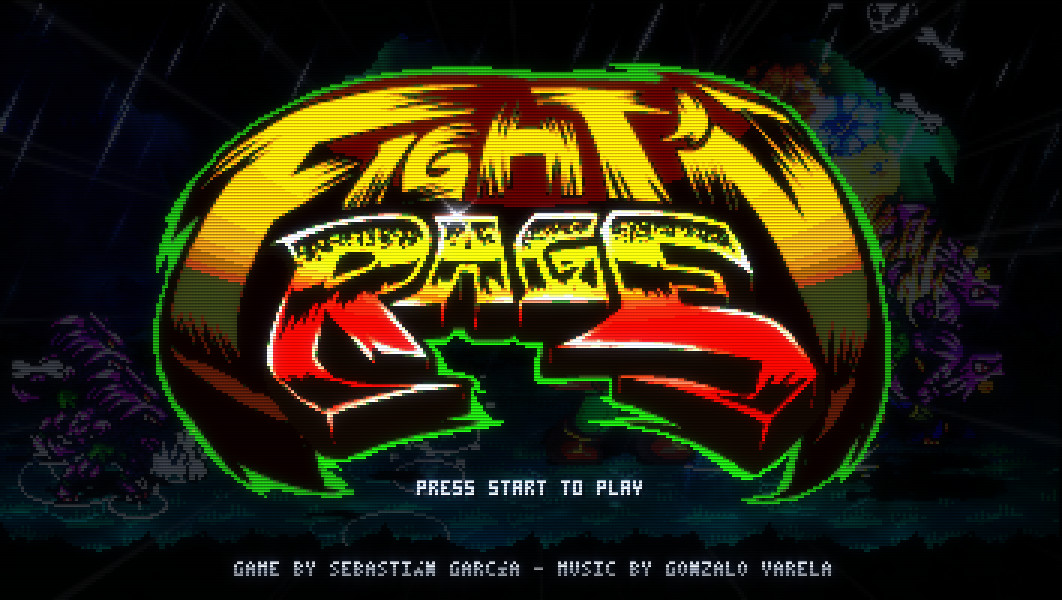 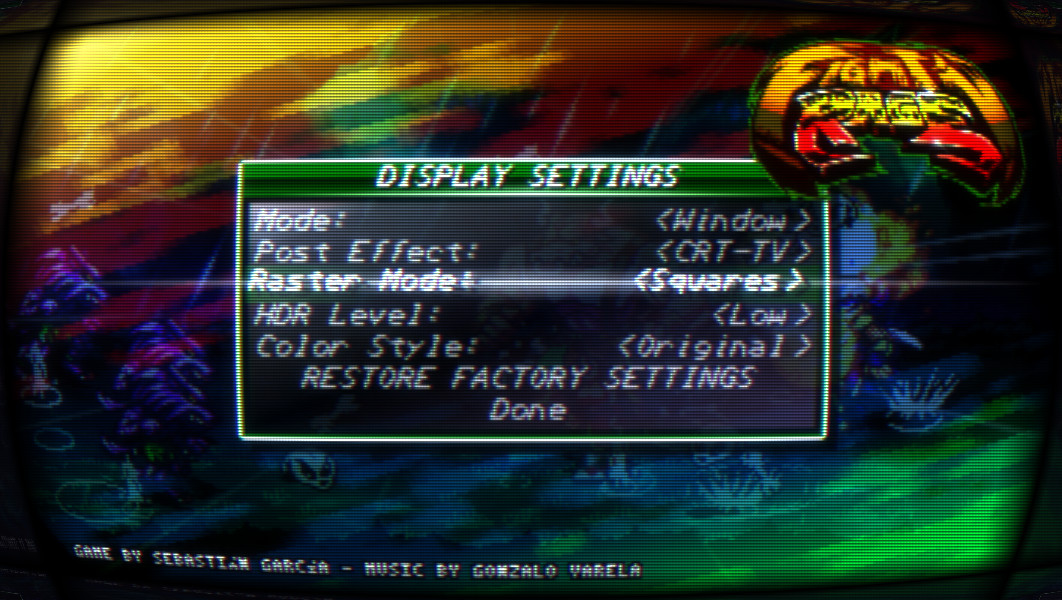 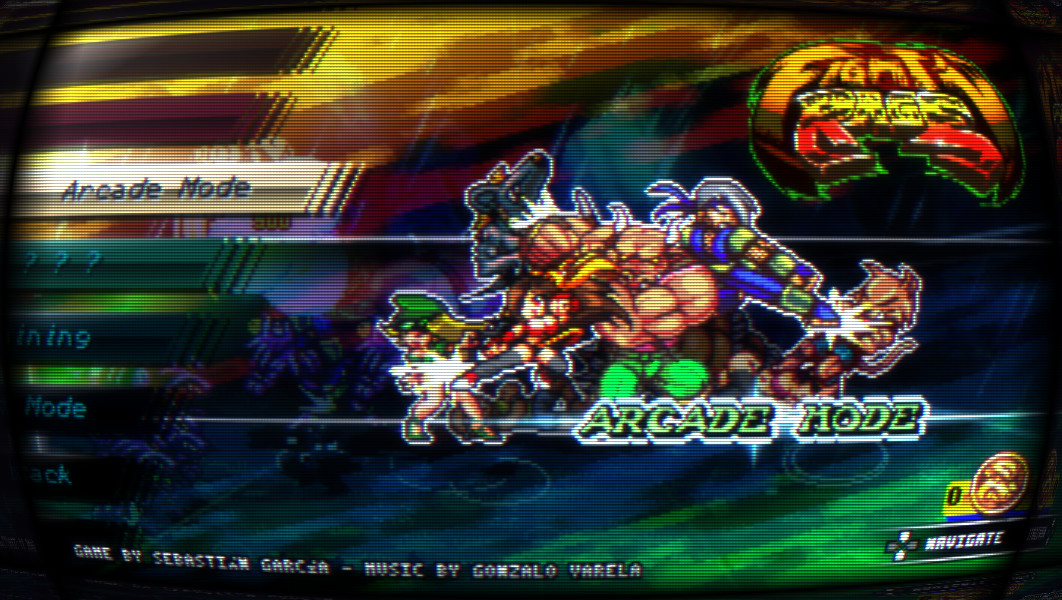 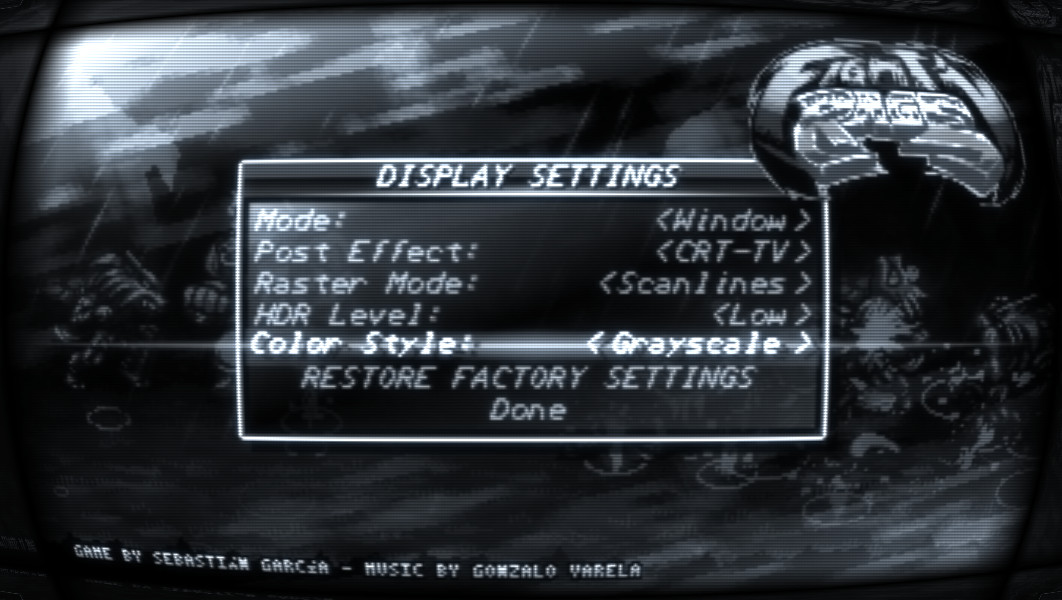 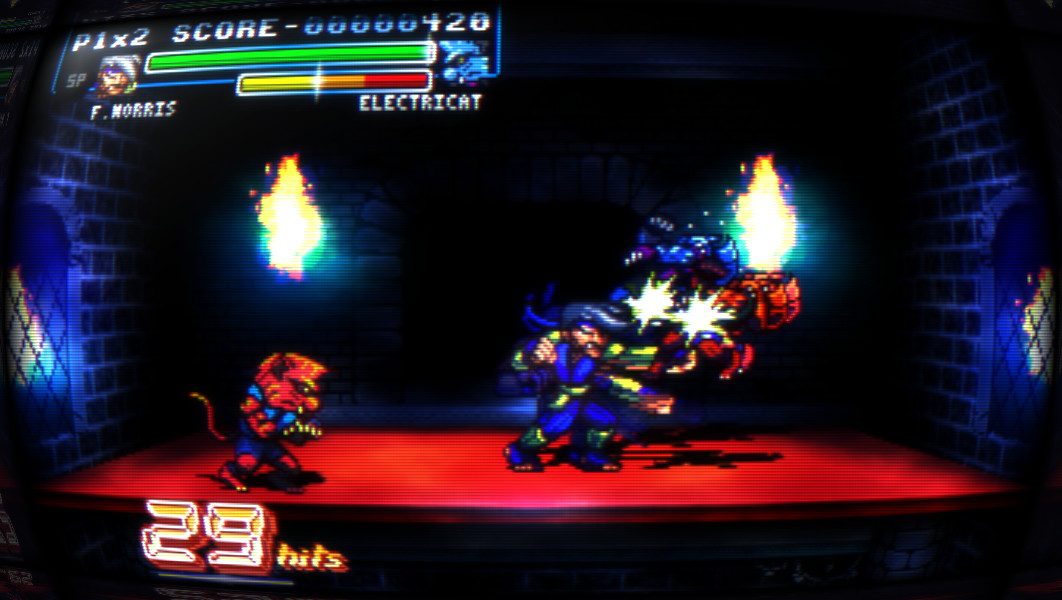 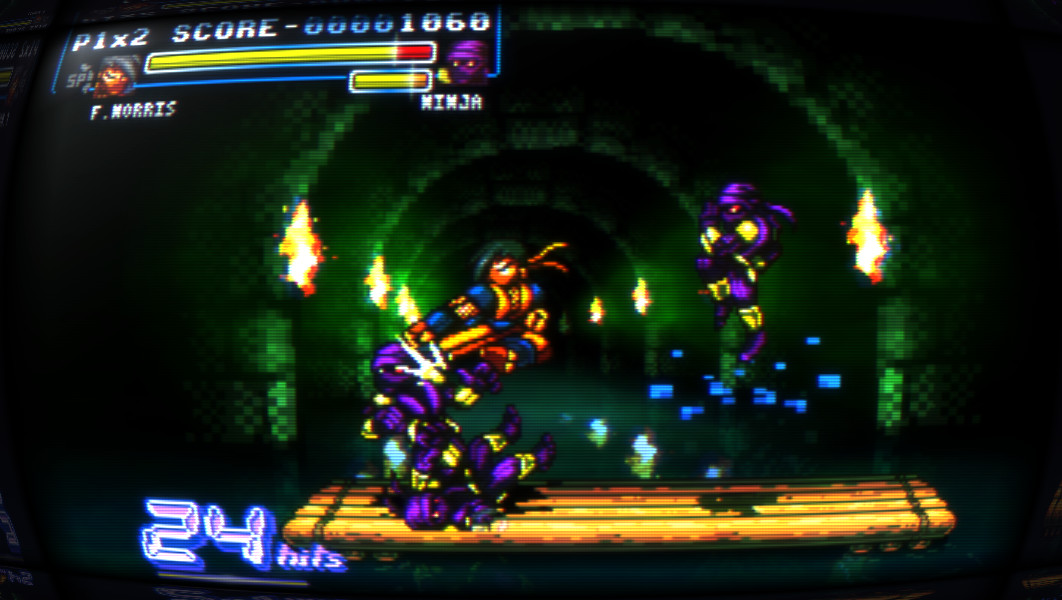 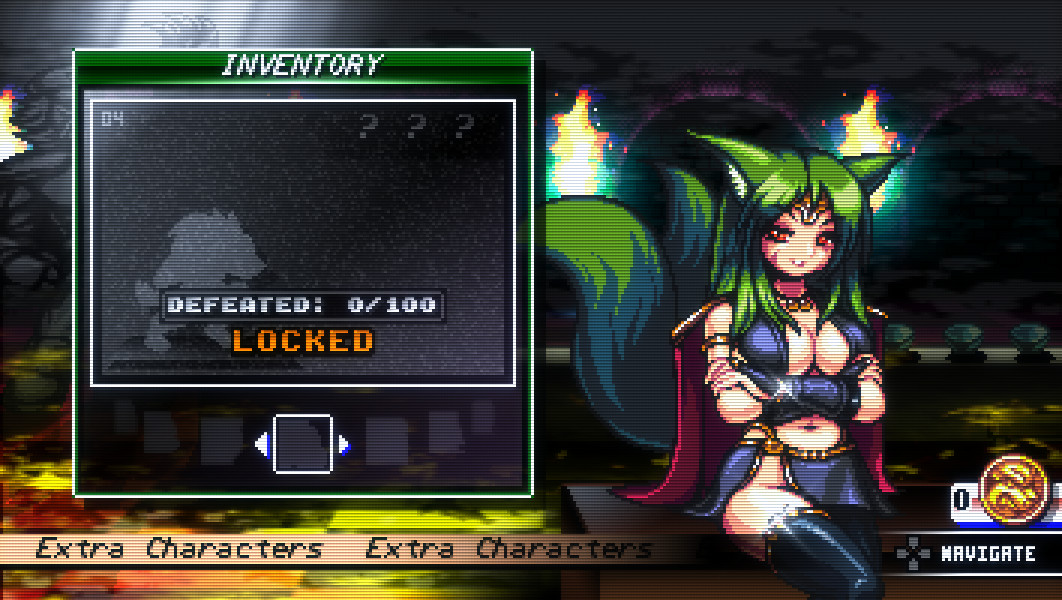 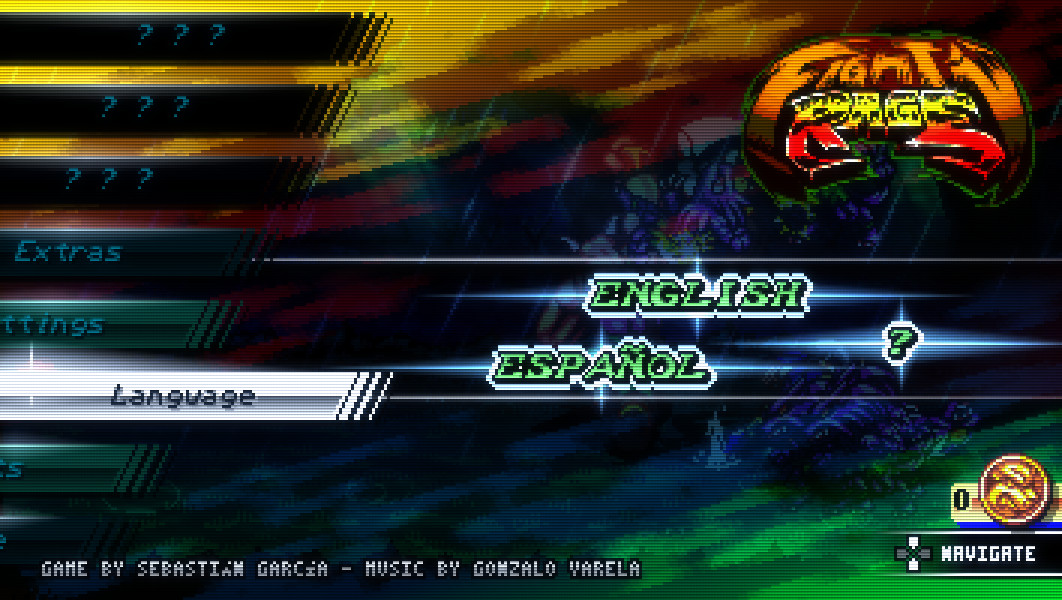 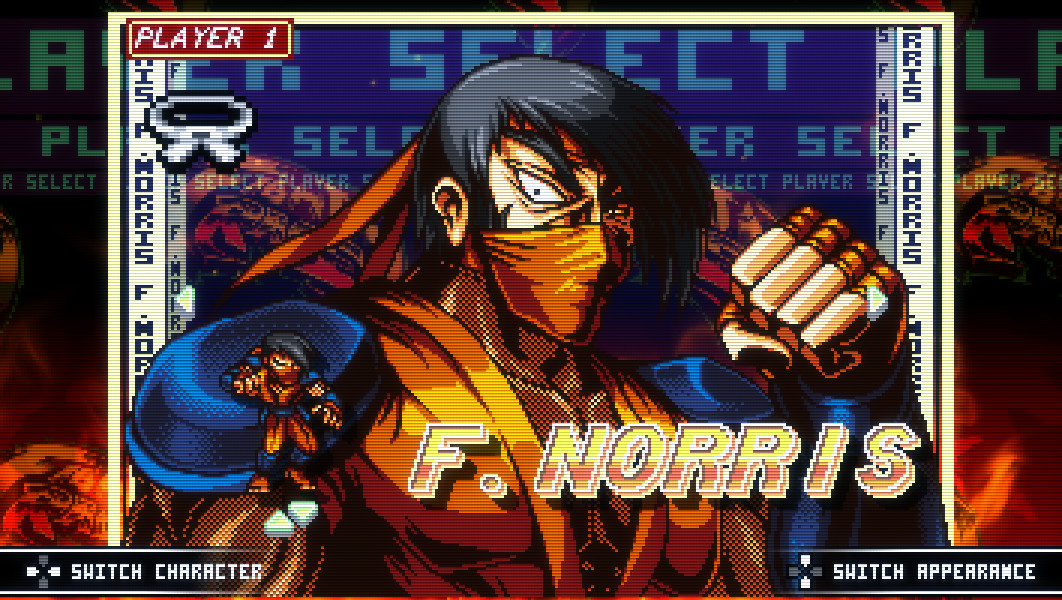 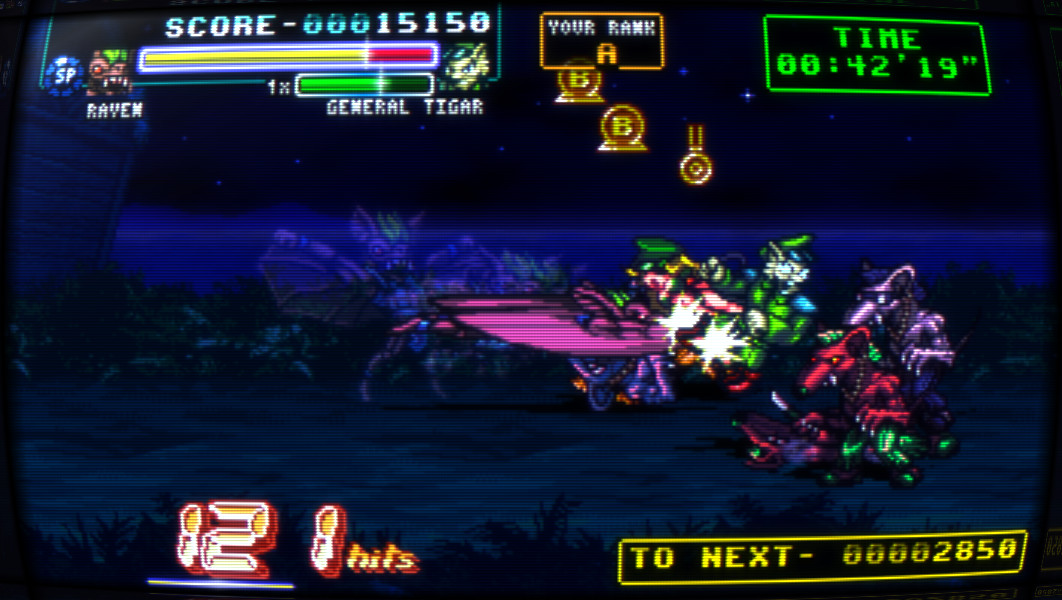 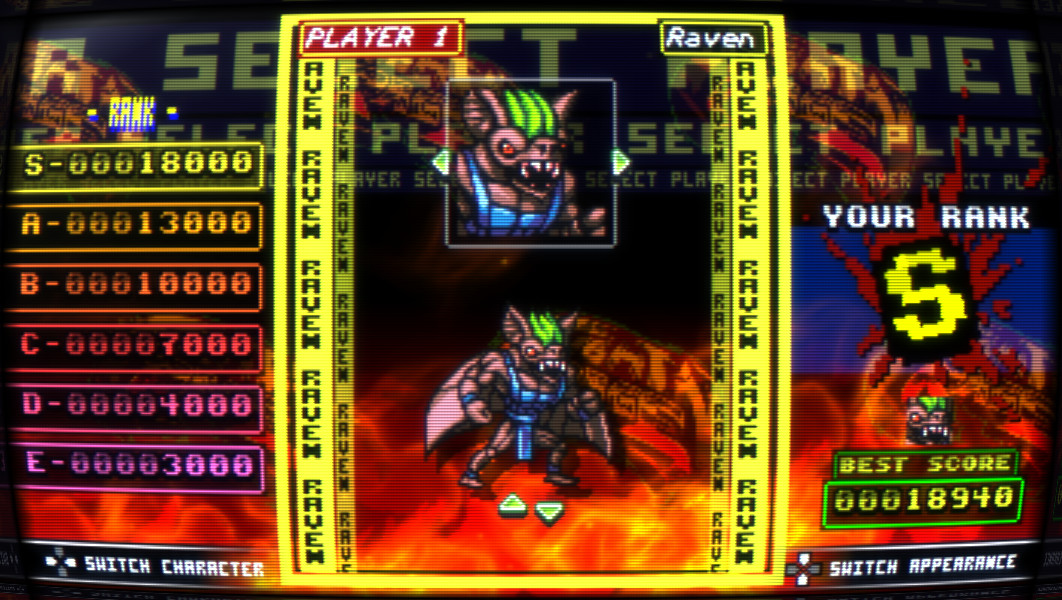 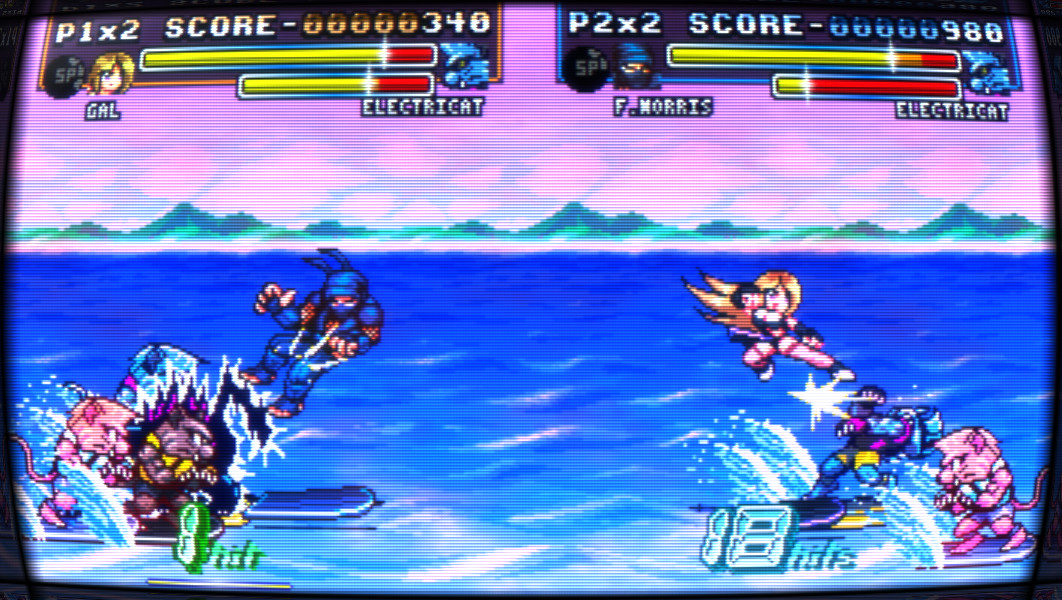 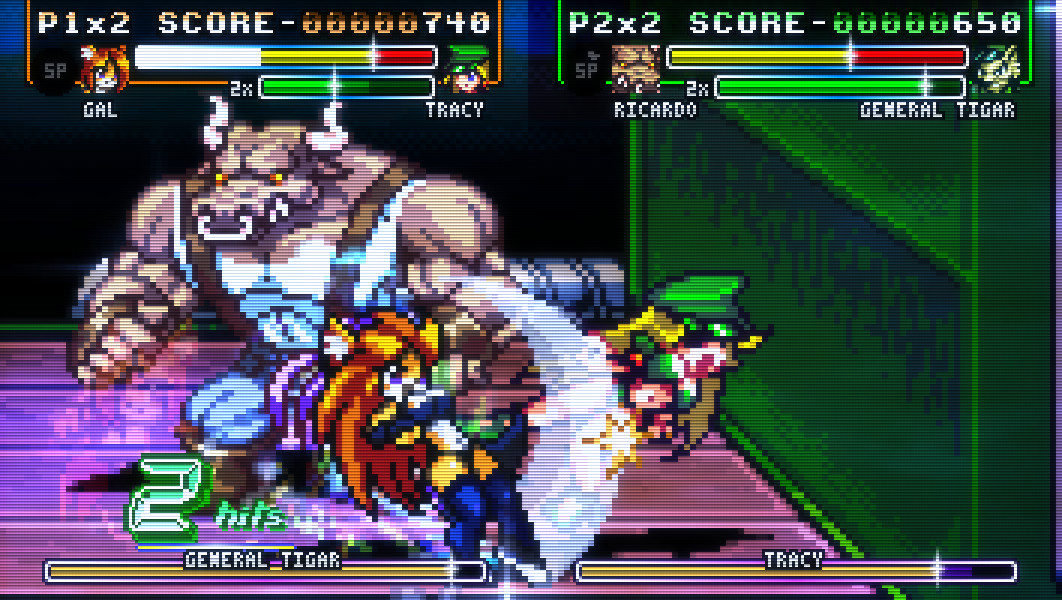 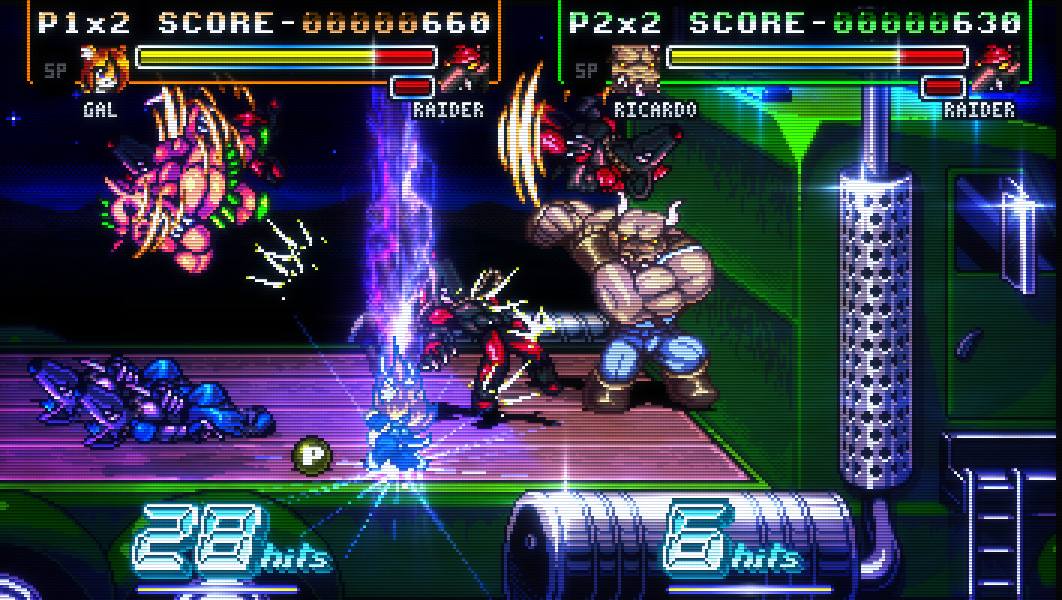 Fight’N Rage is a brand new old-school side-scroller beat’em up. Inspired by the classics from the “golden age”, and with an art style that mimics the aesthetic from the 90's arcade gems, this game pays homage to all classic gameplay features that makes this genre one of the best from its time!
Genre: Classic 2D side-scroller beat’em up / brawler.
Number of players: From one up to three players local co-op.
Available languages: English and Spanish.

In a far future, Earth was devastated by mutants who took control after a worldwide catastrophic event known as “the big pulse”, a global scale electromagnetic pulse that put an end to all electronic technology on the planet. Humans are now enslaved by mutants led by “The Boss” in a world ruled by “the law of the jungle”.
However, not everything is lost… two humans and a mutant rebel are willing to fight in order to stop this madness. Will they be strong enough? Well... that's up to you!
Gal: A girl who escaped from traders of humans. She’s an expert in her own kick-boxing-derived martial art. While her attacks don’t have a long reach, her speed and agility have no equal and her technique and endurance are pretty good too. She is capable of avoiding almost every attack, an ability that comes in handy when facing multiple foes.

Ricardo: A minotaur human-rights activist and a powerful wrestler. He’s not very fast and his technique isn’t as good as his comrades’, but he has a pretty long reach, and his power and endurance are amazing. He’s capable of destroying any enemy in record time!

F. Norris: A runaway ninja whose past is a mystery. He’s the one who mastered the ninjutsu style known as “the forbidden technique”. While he might be pretty fragile compared to Gal or Ricardo, he has a great combination of reach, power and speed, plus an amazing technique that (when mastered) can take control of any situation.
All the game (graphics, design and programing) was created by Sebastián García, while the full OST (composed of more than 40 great tracks!) was created by Gonzalo Varela.