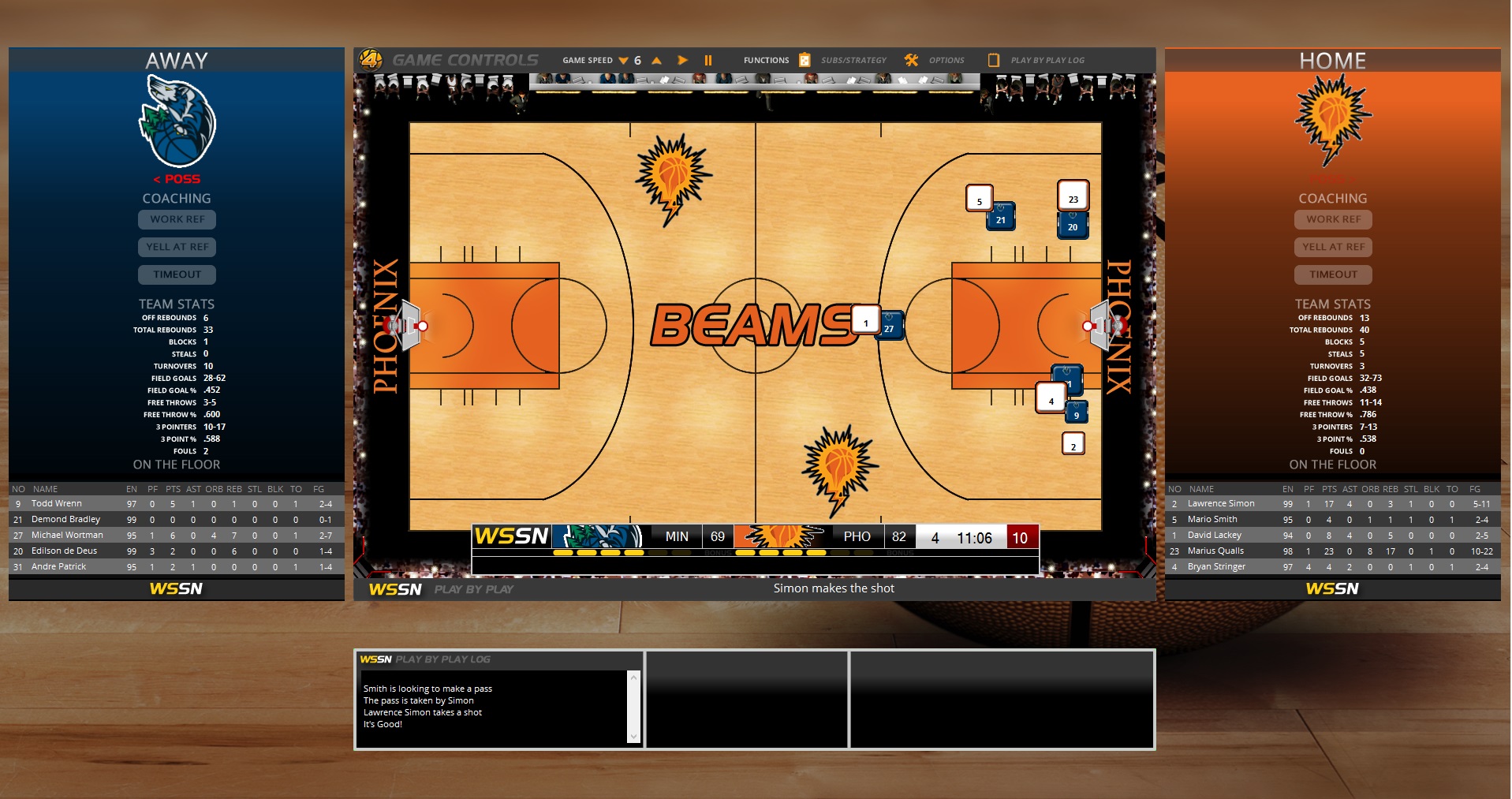 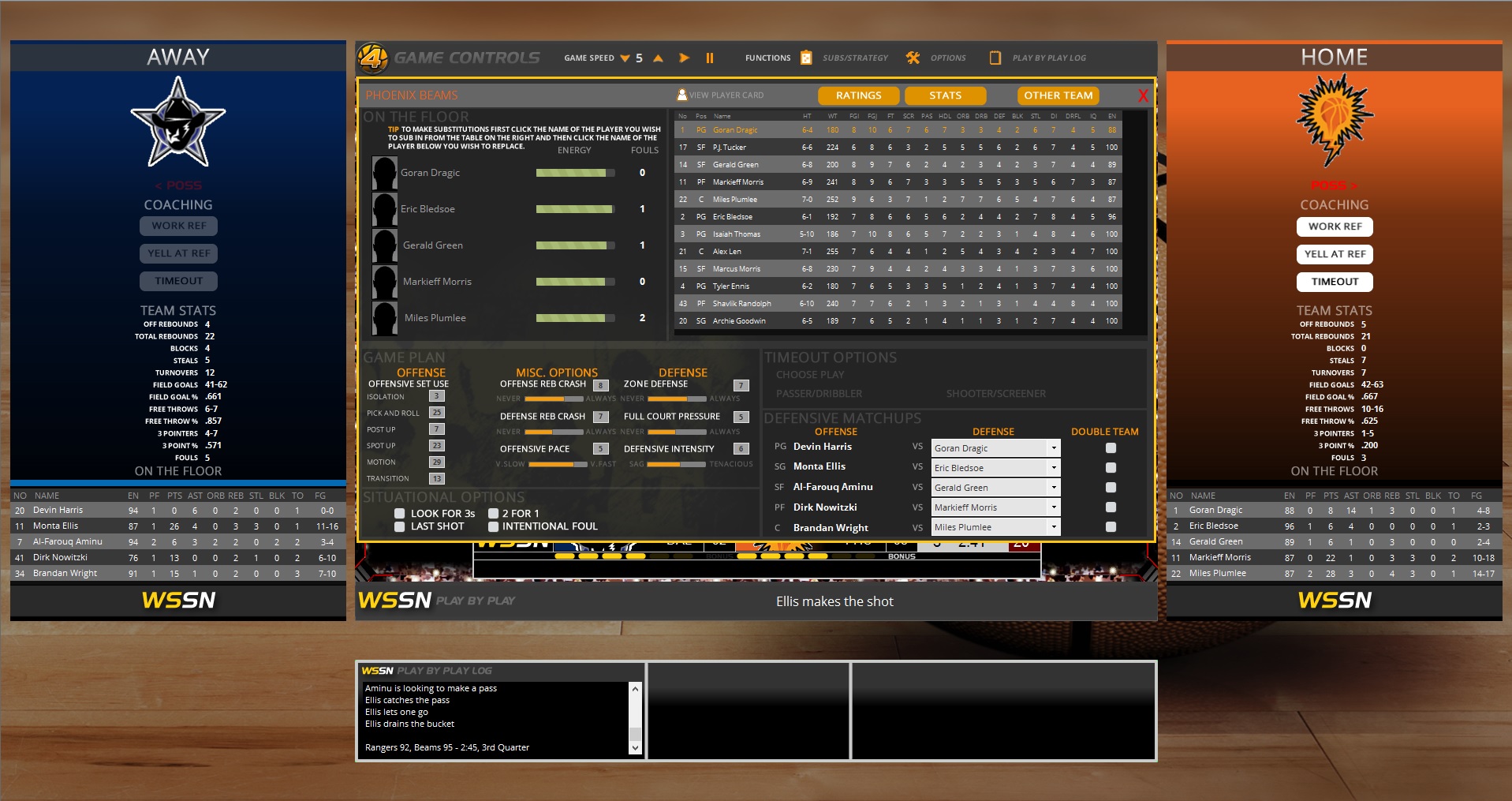 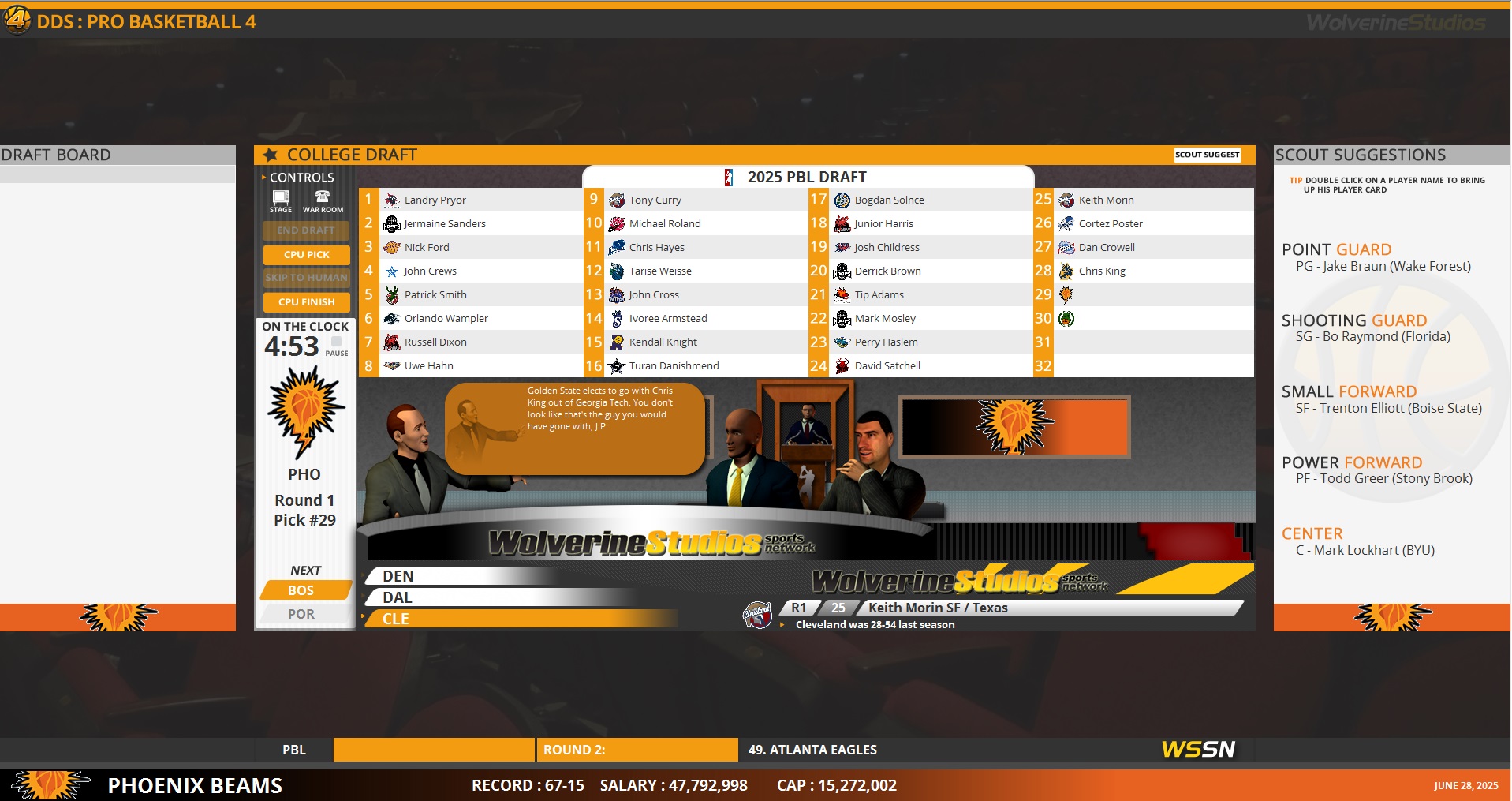 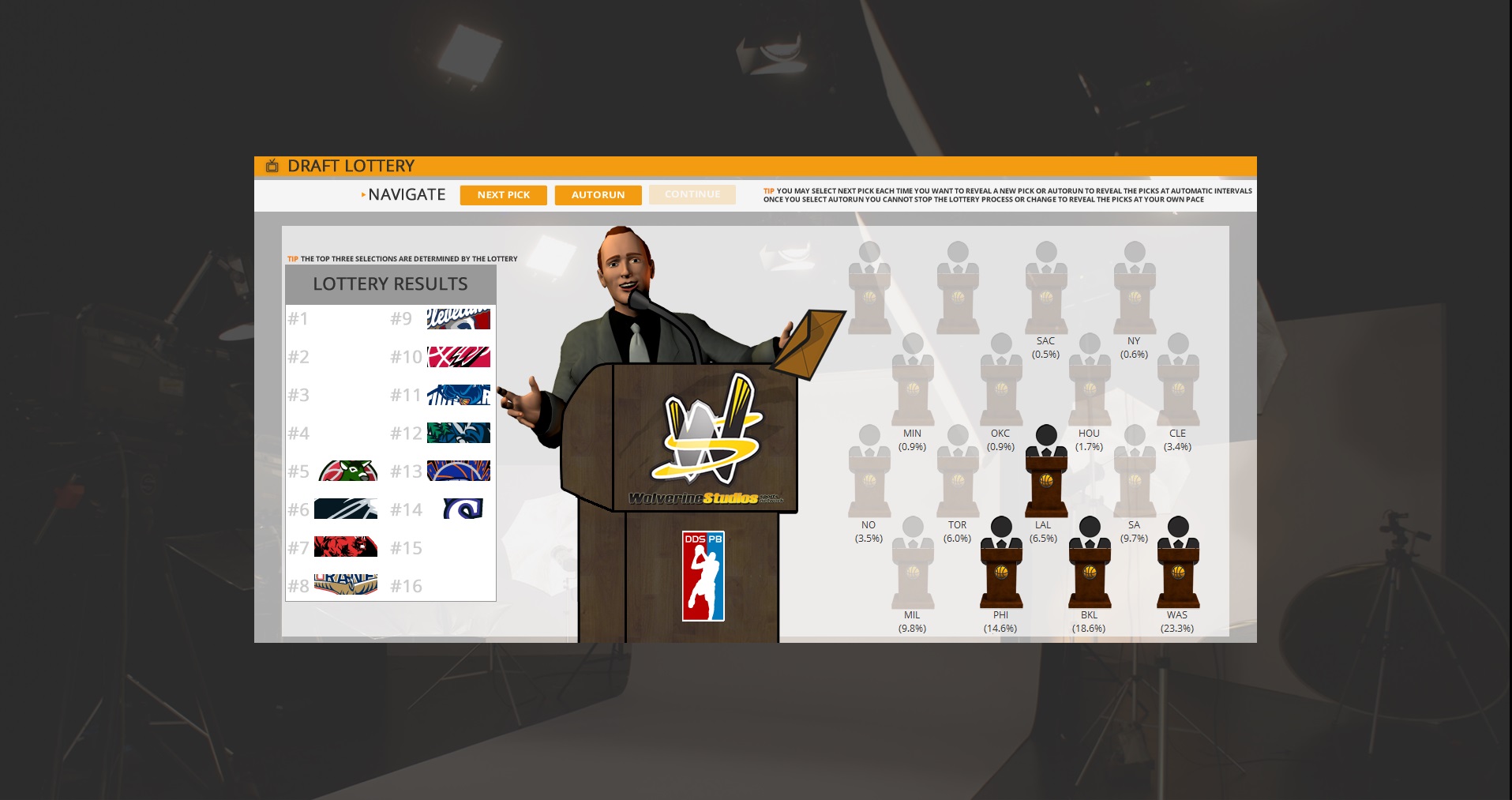 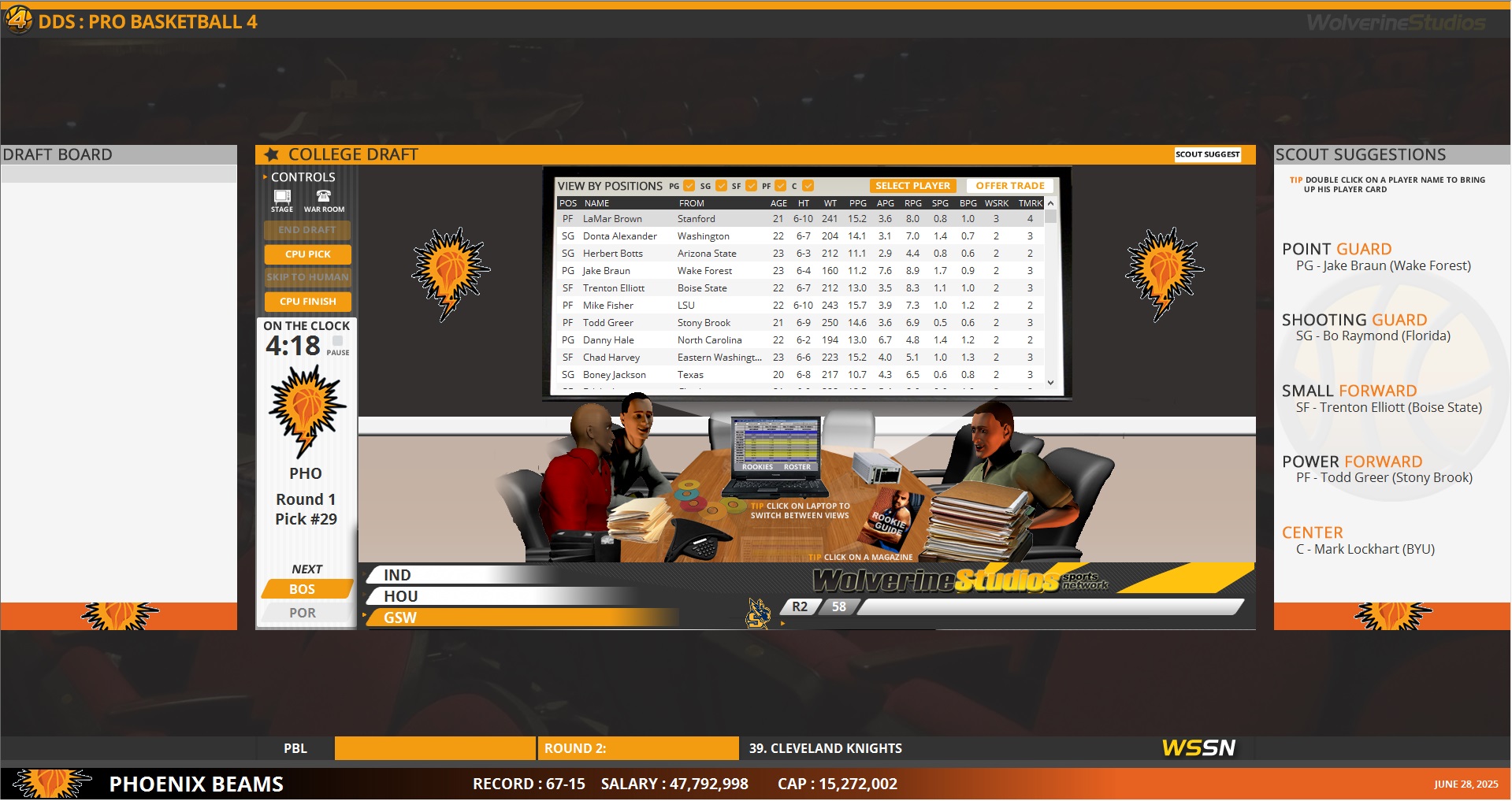 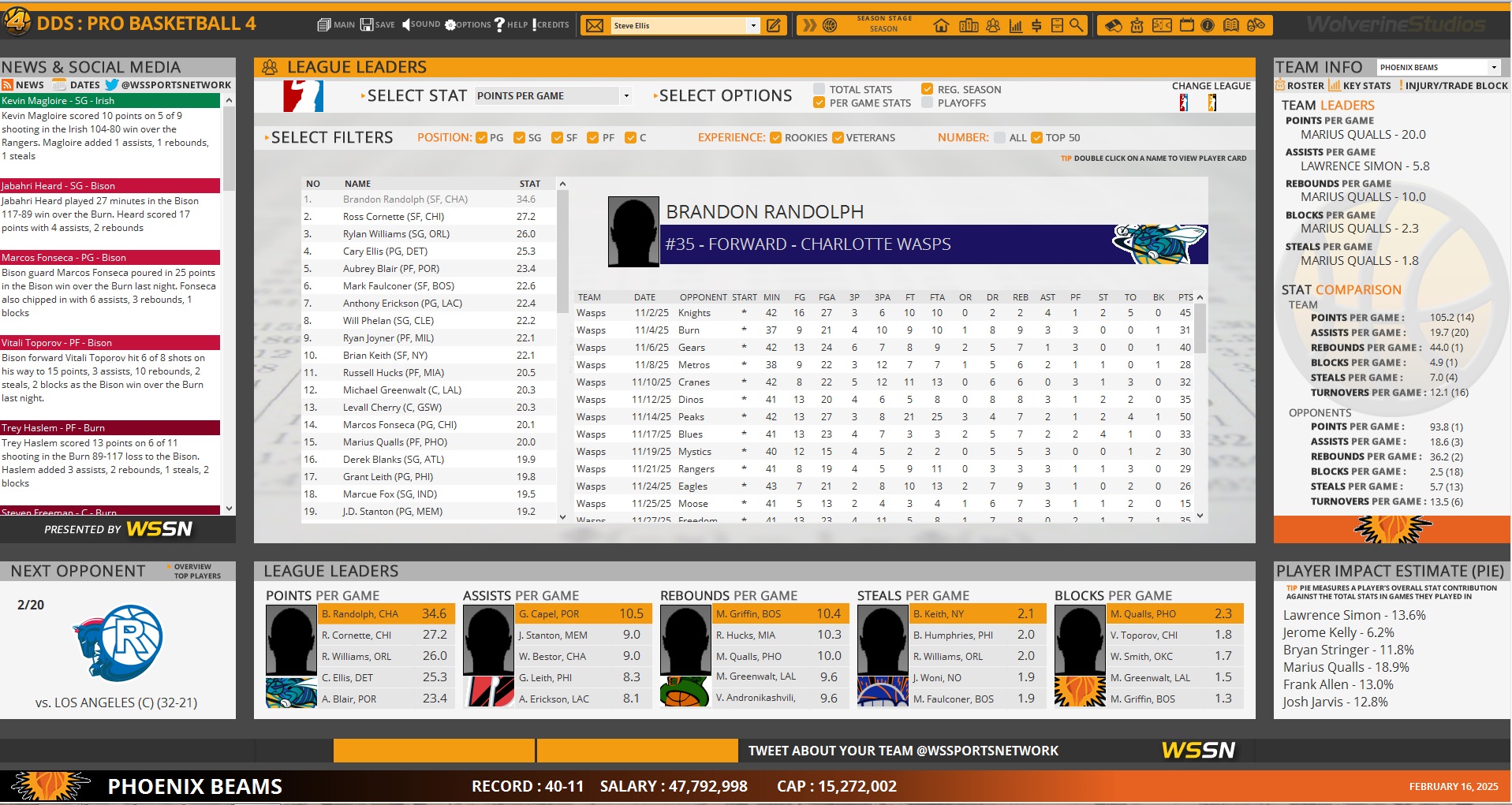 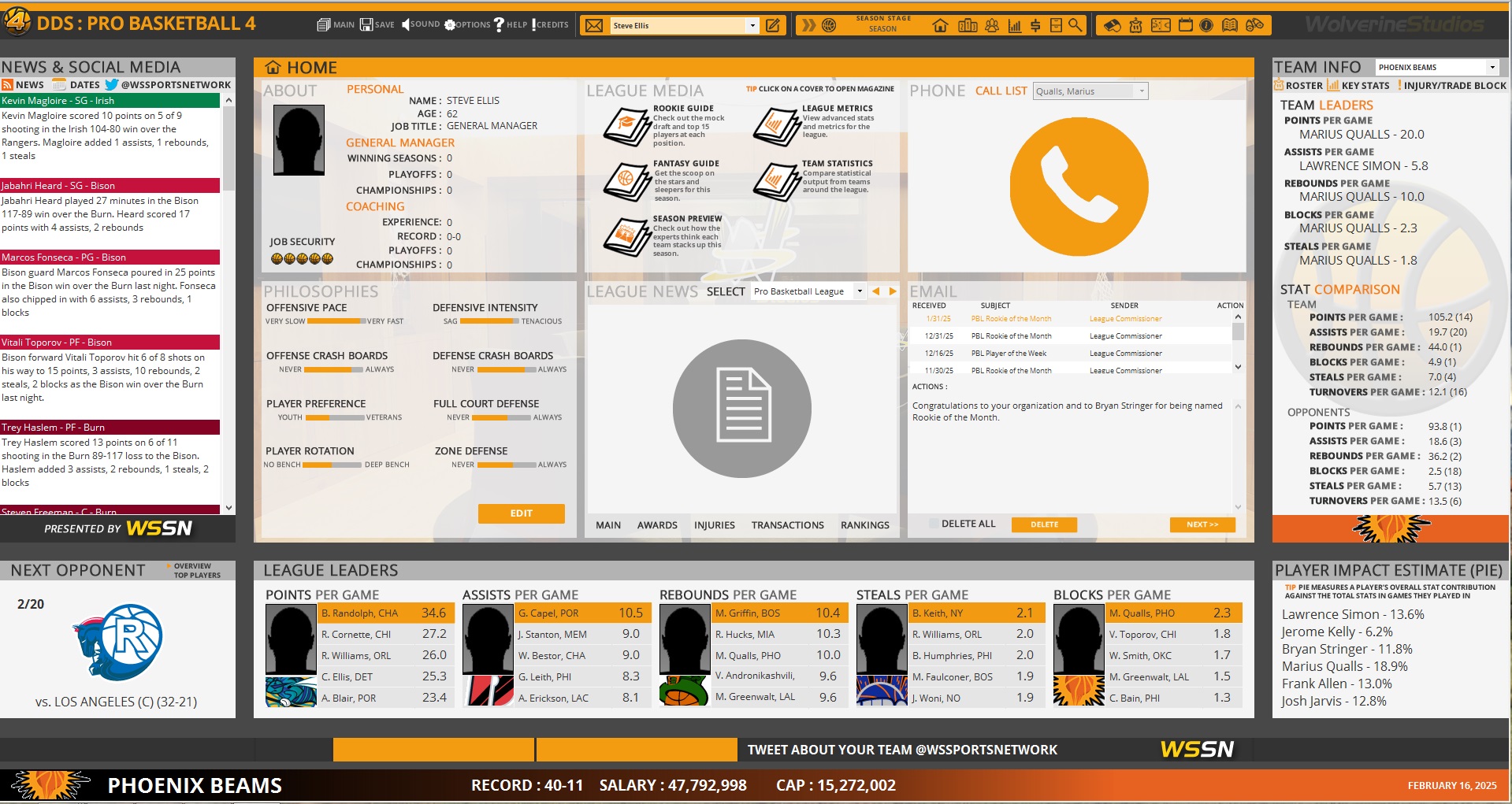 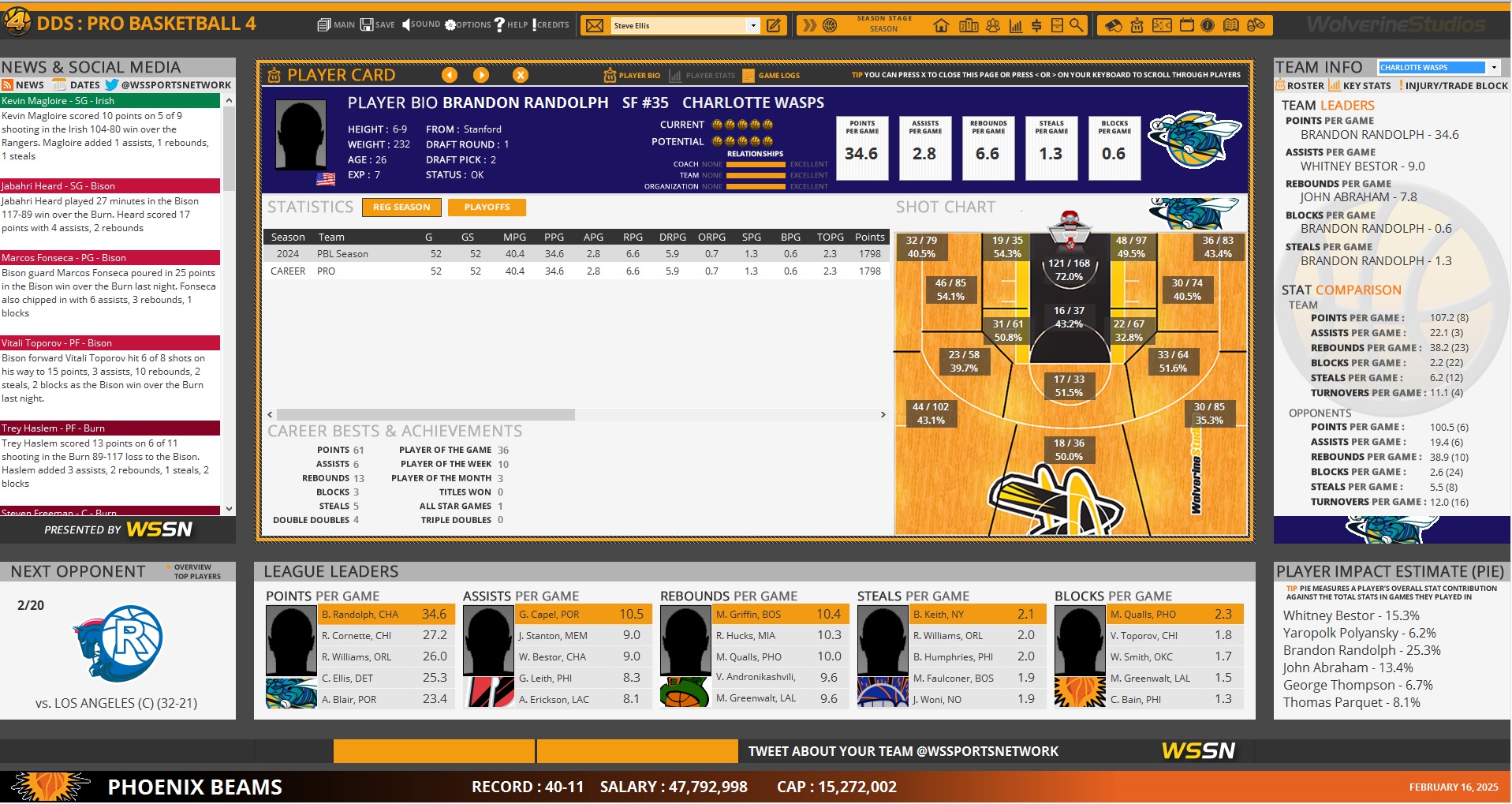 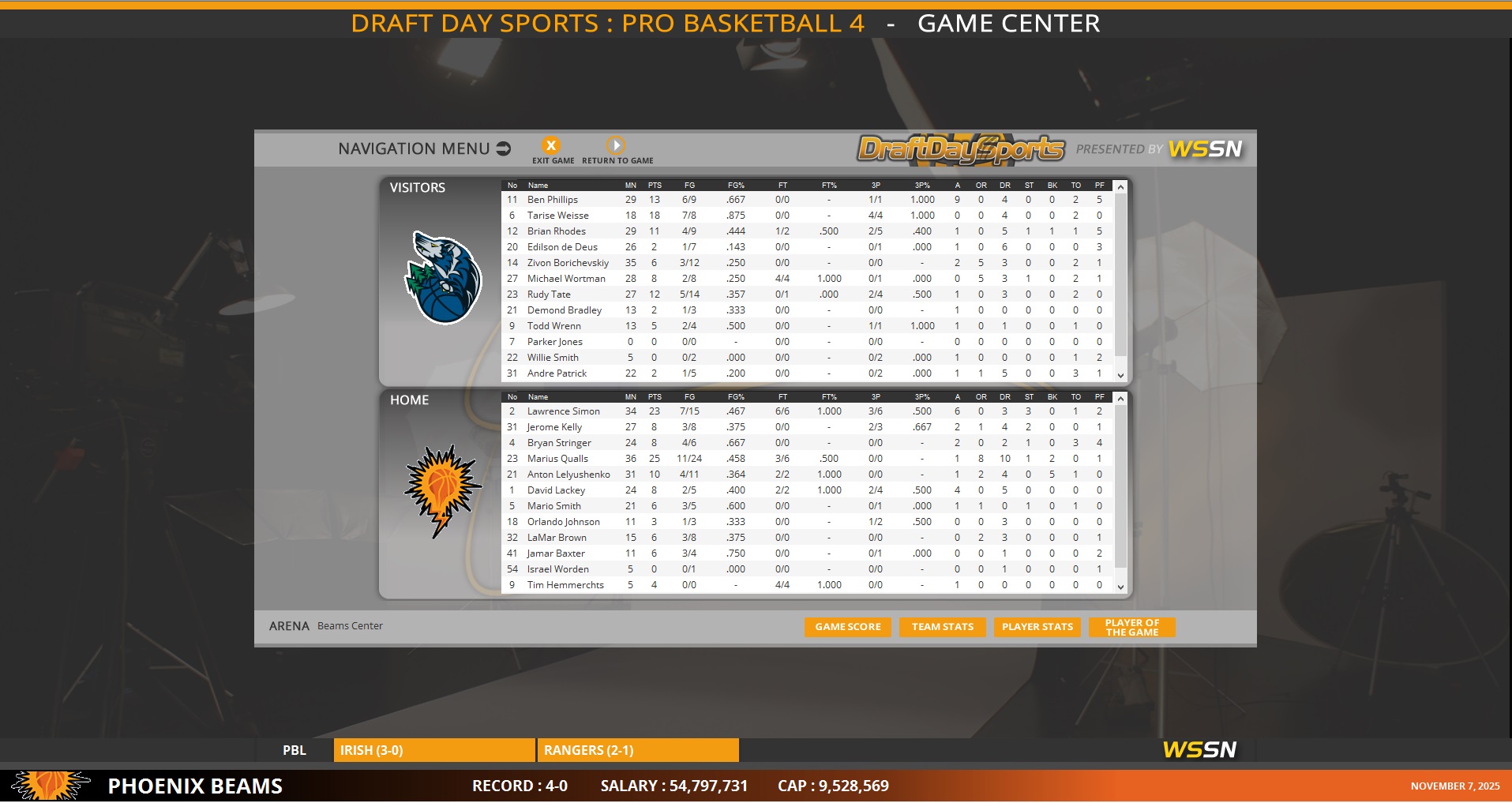 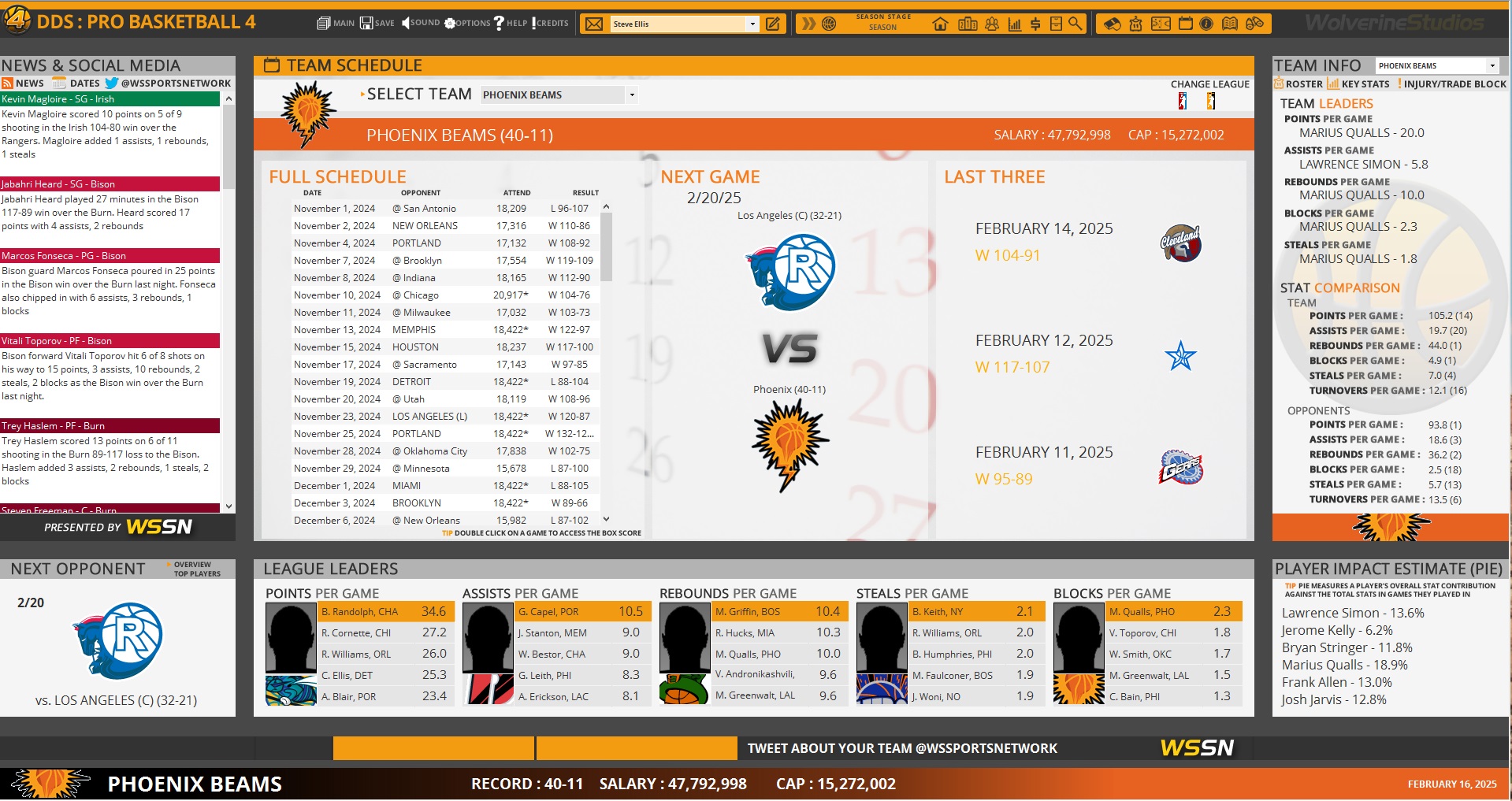 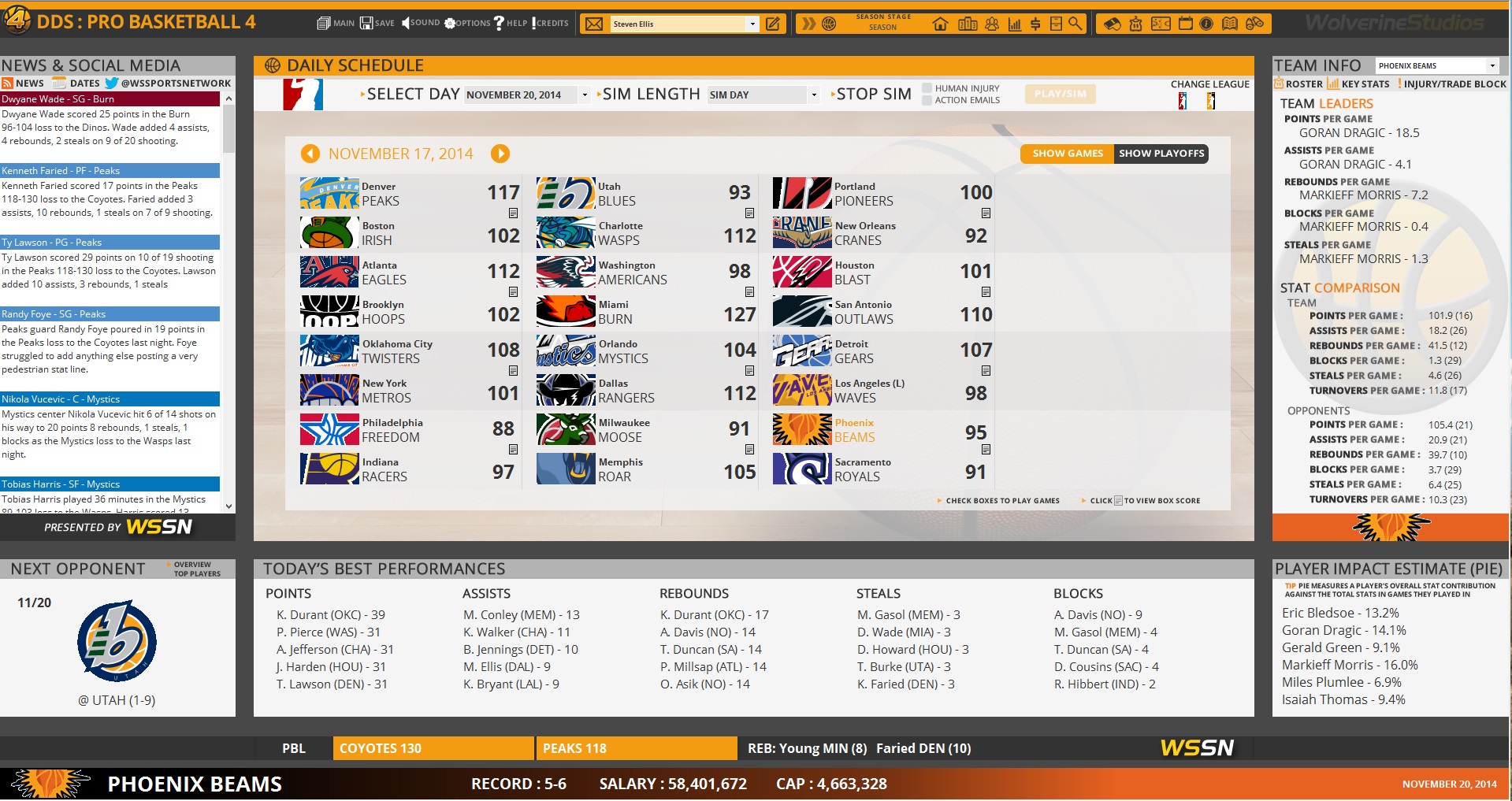 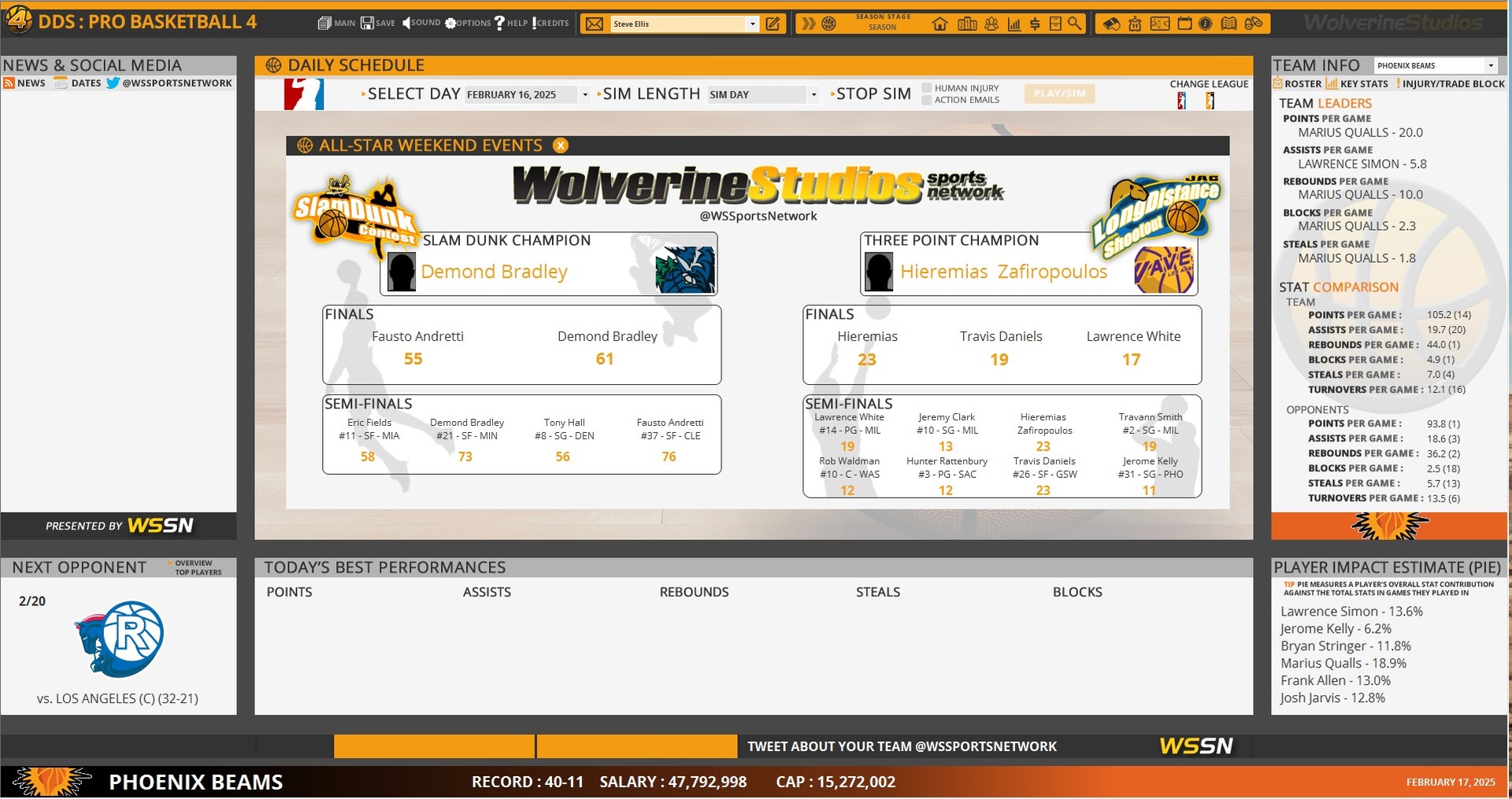 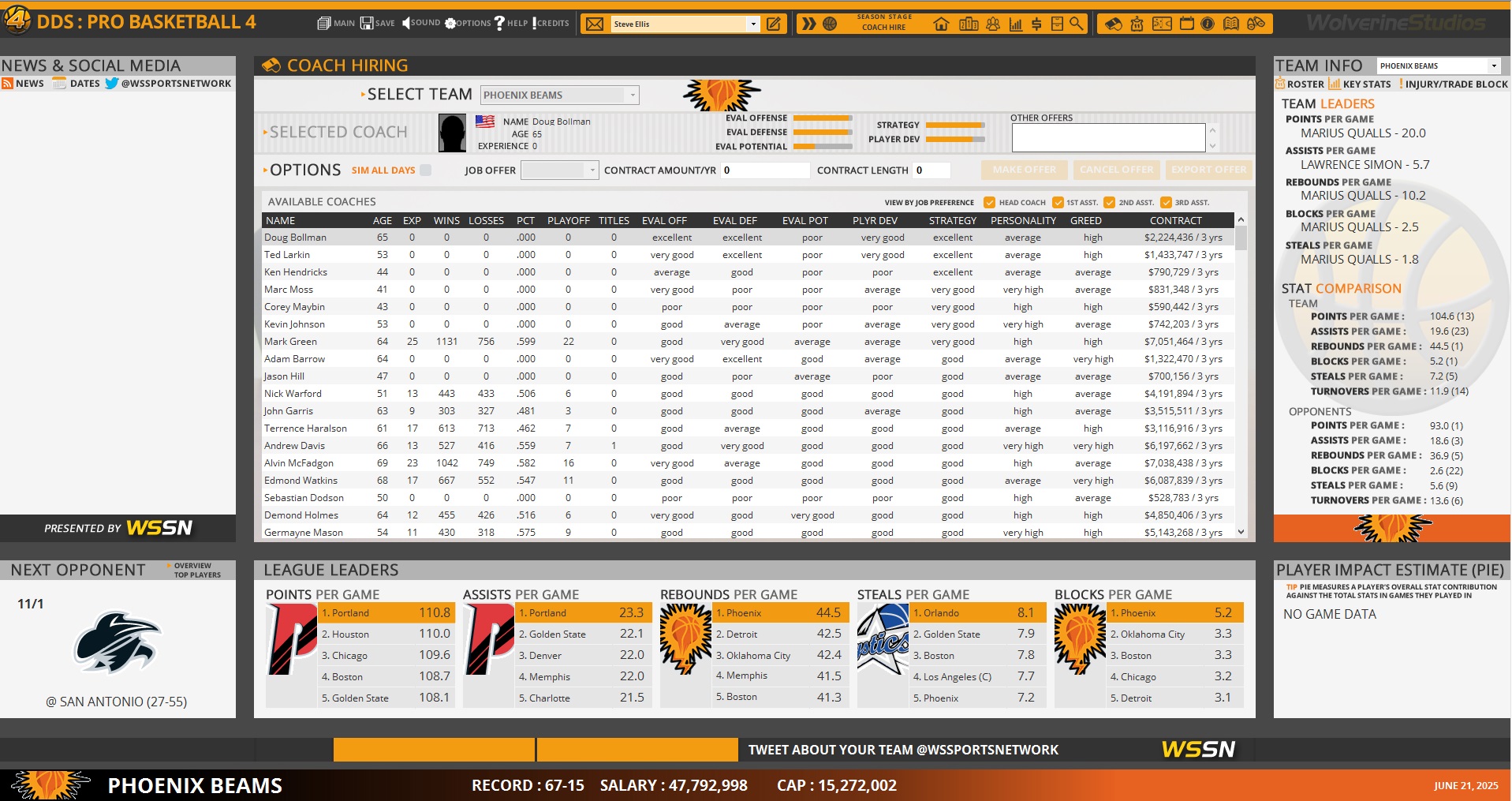 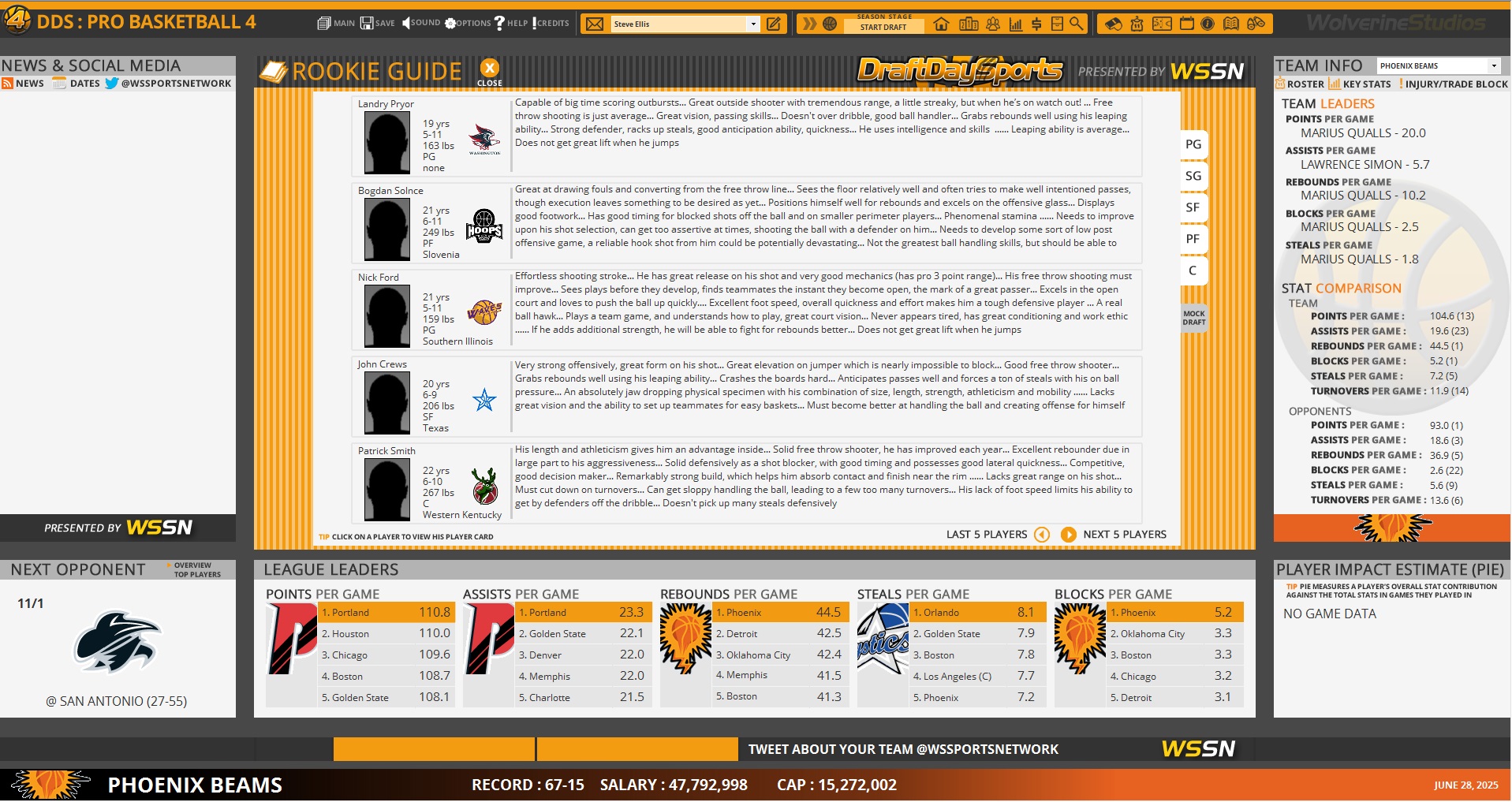 If you've ever wanted to step into the front office of your favorite pro hoops team this is your chance! Draft Day Sports: Pro Basketball 4 puts you in charge of your favorite professional basketball franchise. Draft, trade, sign players in free agency, and build your team into the next championship dynasty.

Take a more direct or indirect approach to running your team. If you don’t like how your head coach is running the team on the court, fire him and take over the team as General Manager/Head Coach. If a player’s attitude is disrupting the team, try to work with him or trade him away. You set your team’s player rotations, depth chart, and even directly manage in-game strategy on the court. Or just let your coaching staff handle those player and game day management duties.

Rookies and prospects get to compete in summer league games to showcase their talent. Send players to your affiliated D-League team for in-season development. There's even a fully playable European League option. Track and evaluate players with the latest statistical metrics - see where a player took every shot from and what his percentages are from each area.

A full historical league almanac will keep track of every single season played for every player and every team. The in-depth news system will keep you up-to-date on the latest big performances, trades, and rumors from around the league. It’s all here to create your ultimate dream league pro basketball experience.