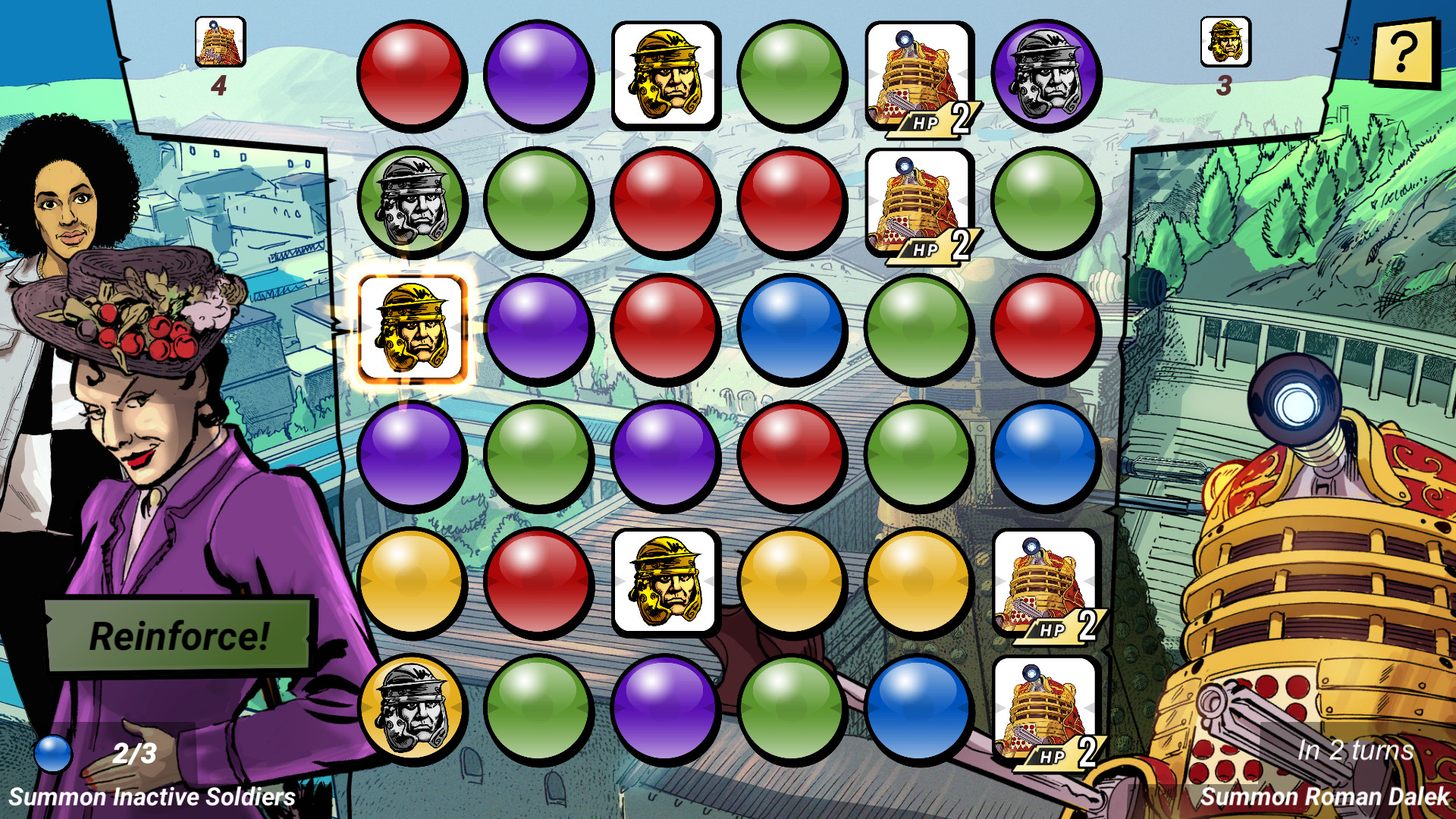 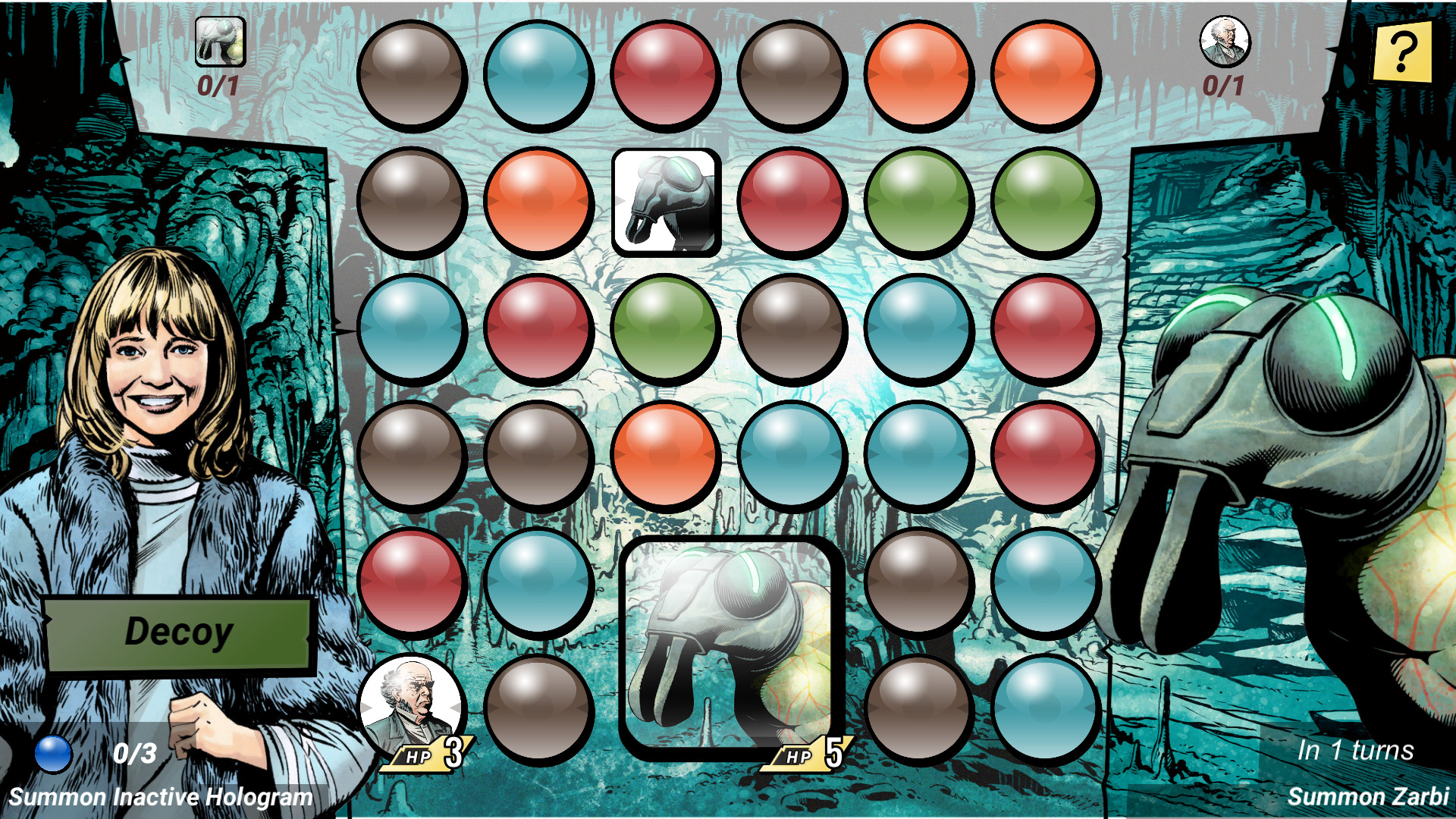 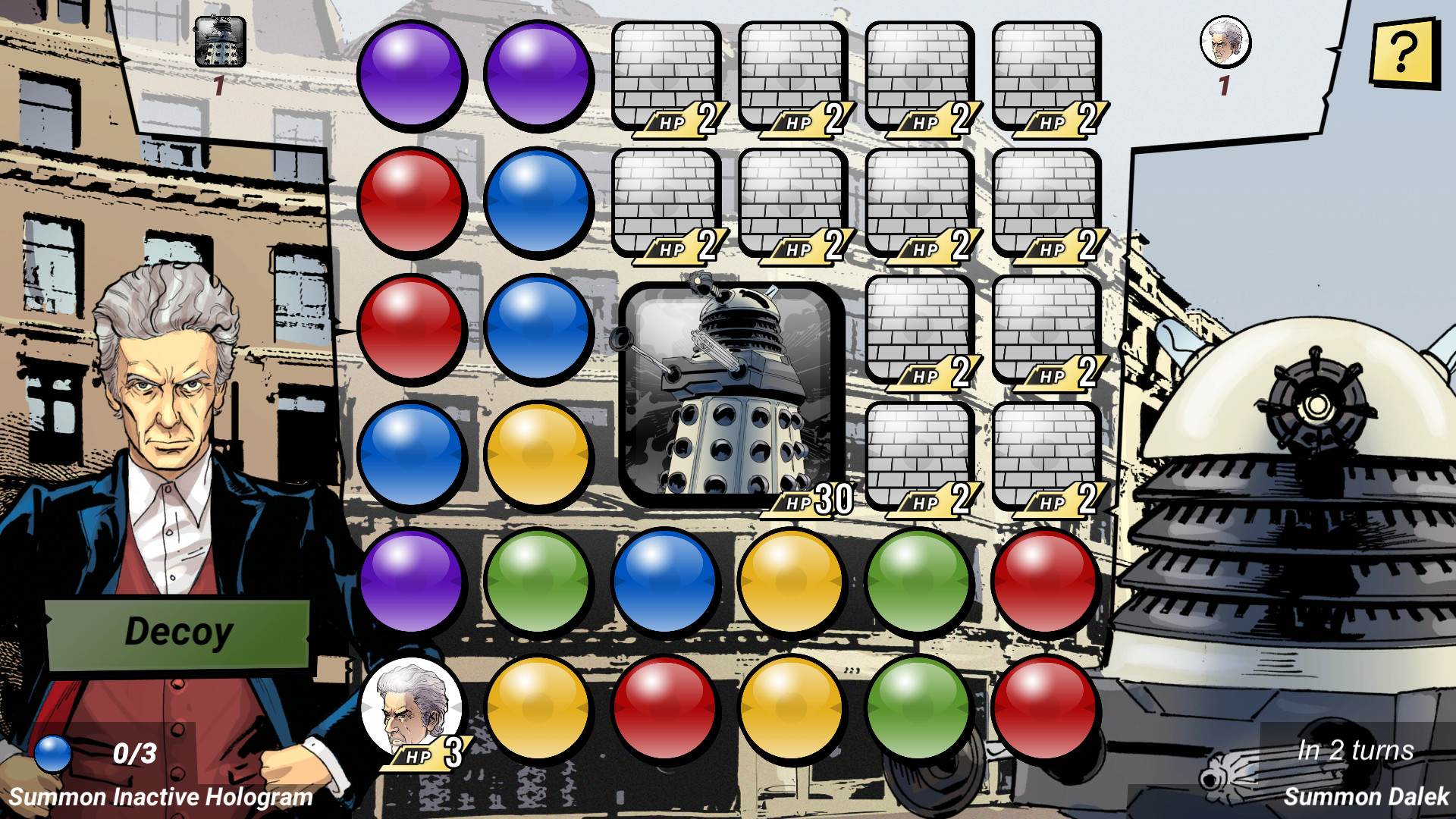 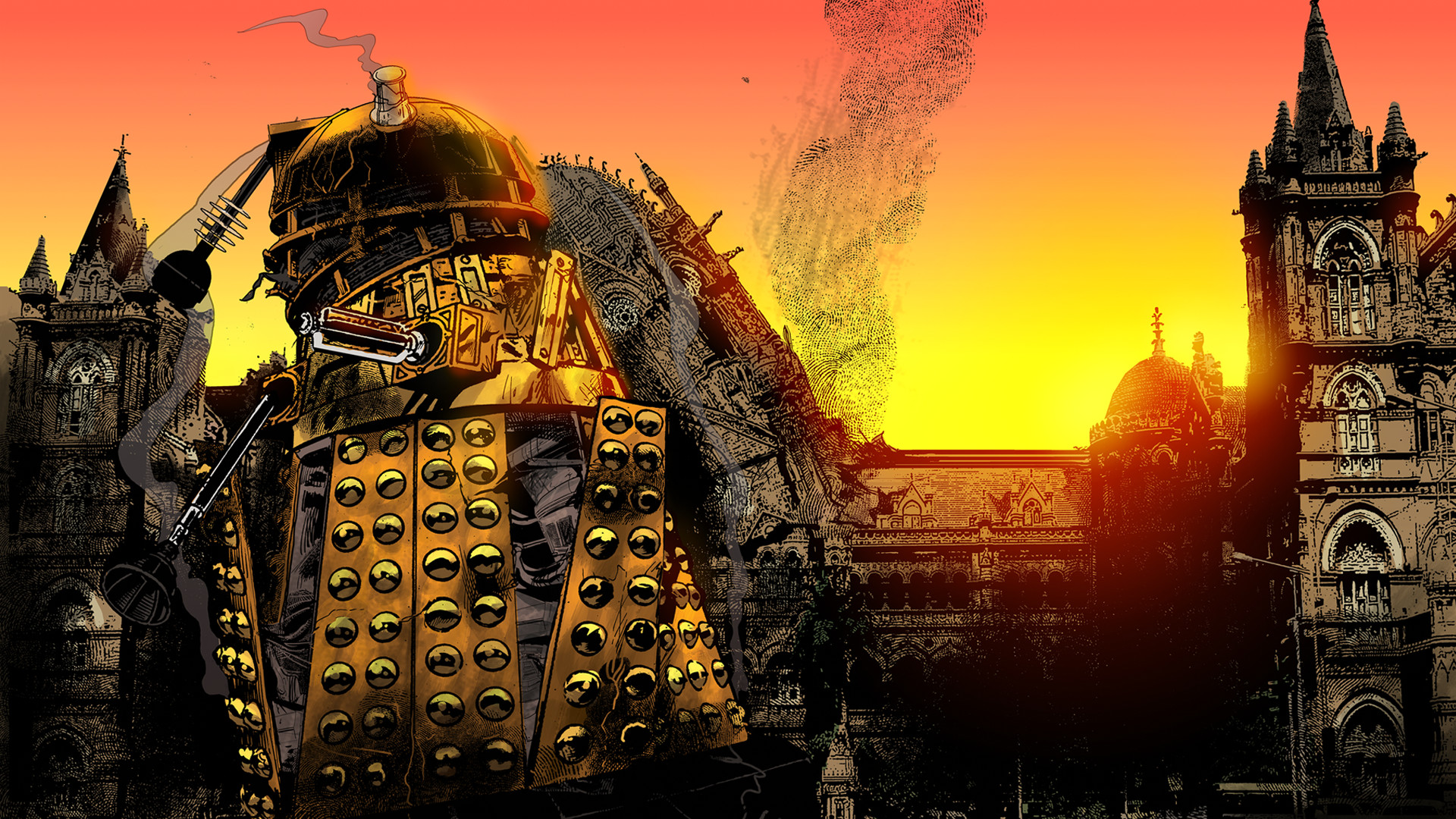 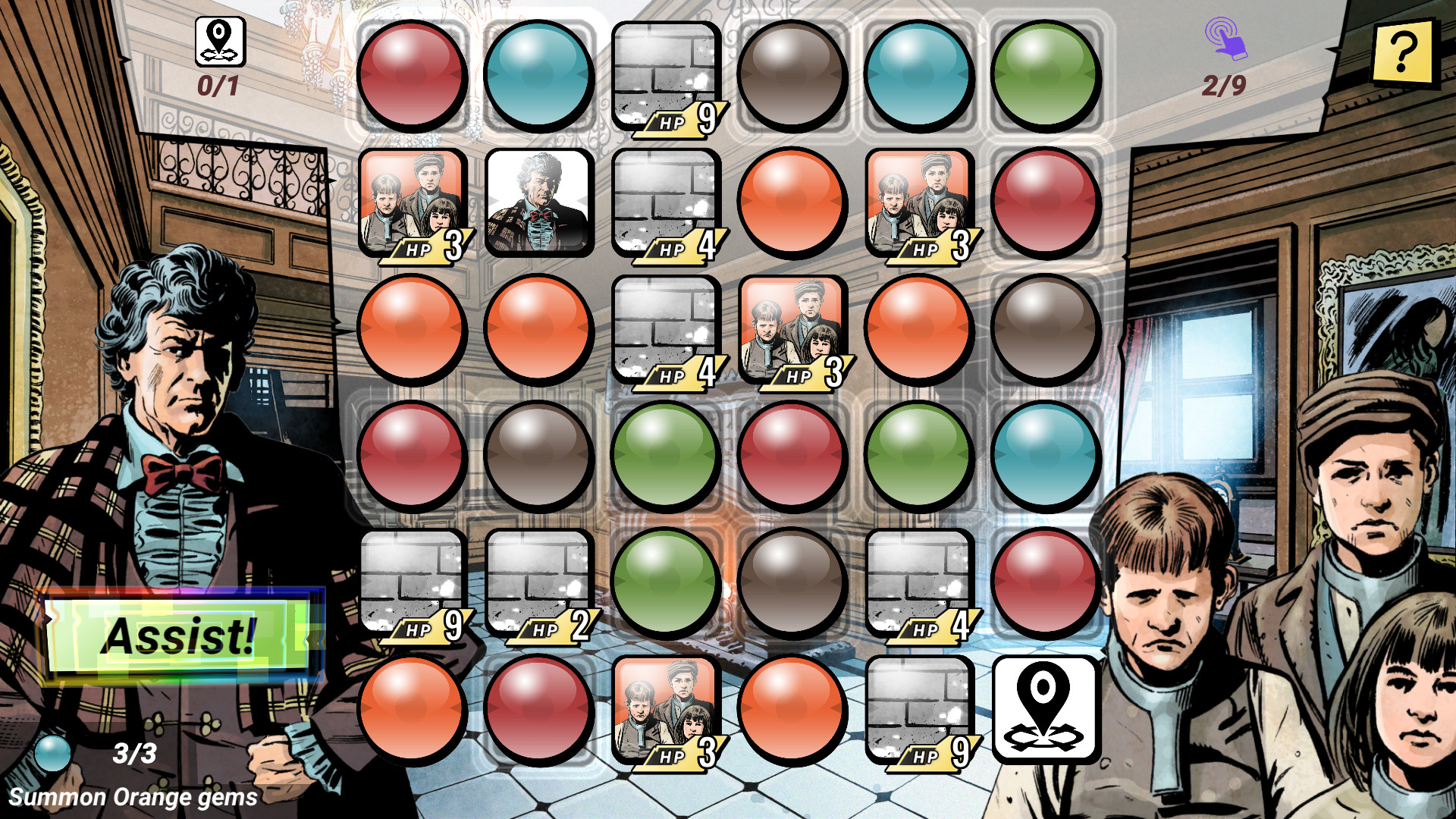 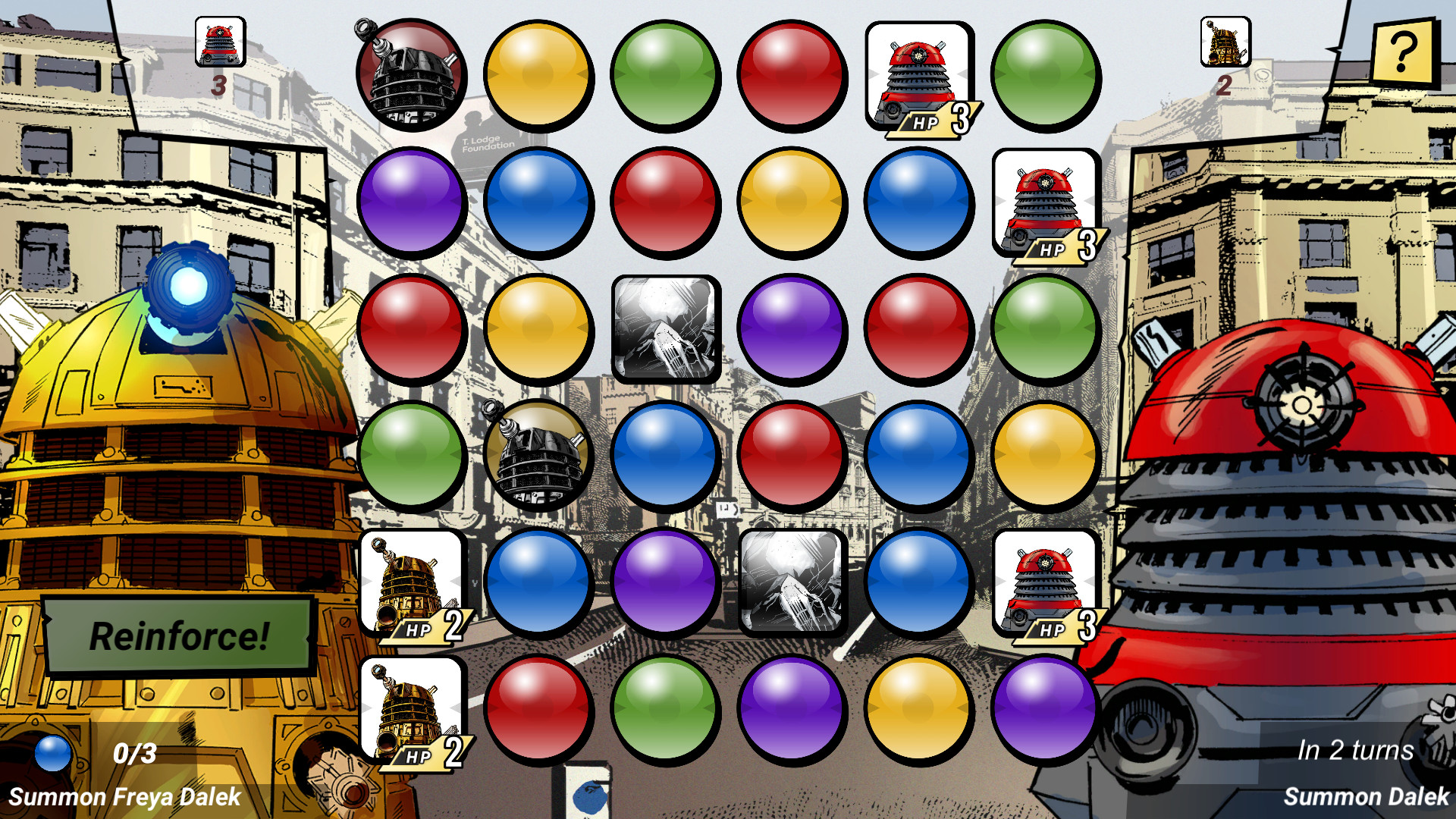 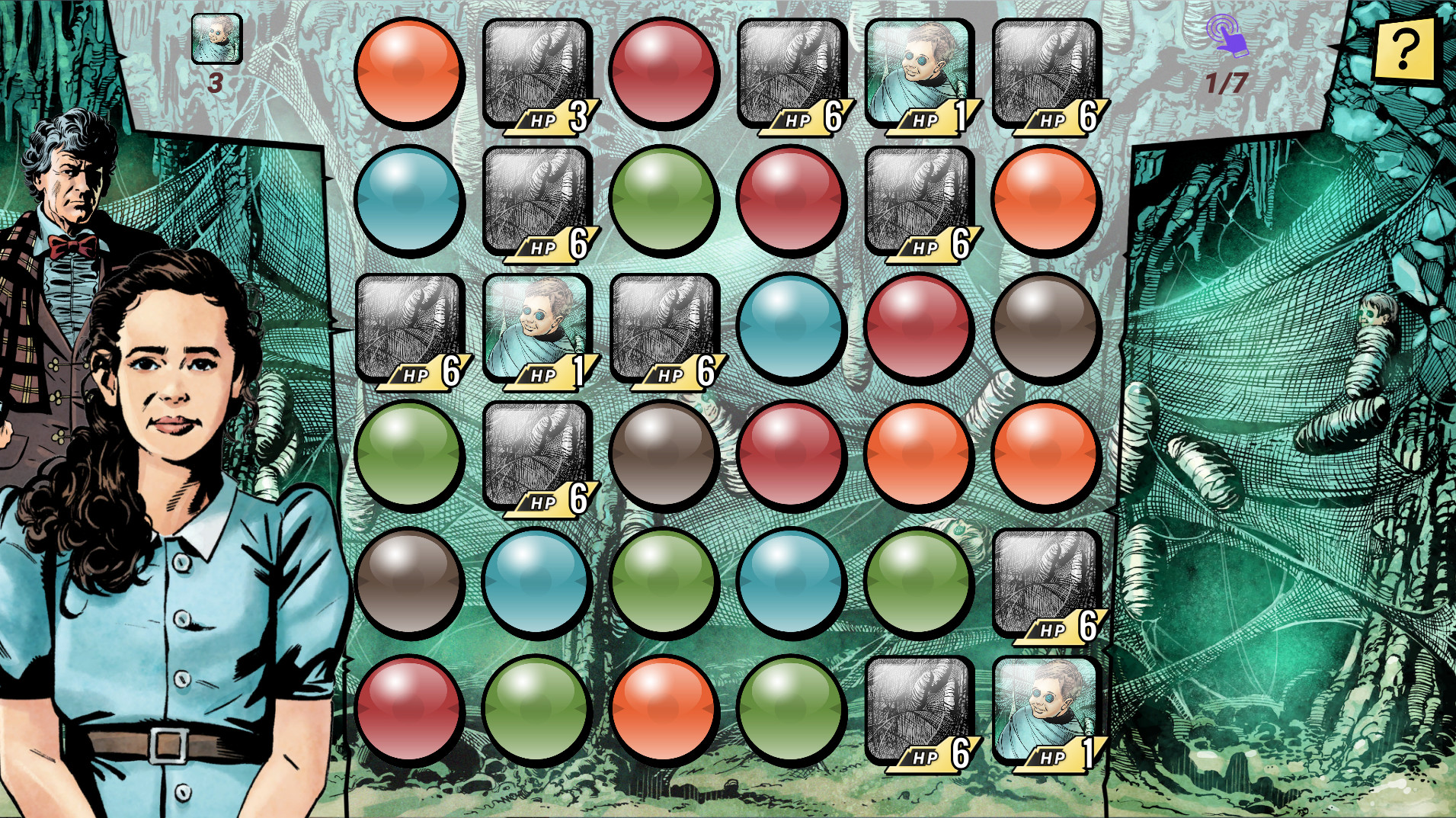 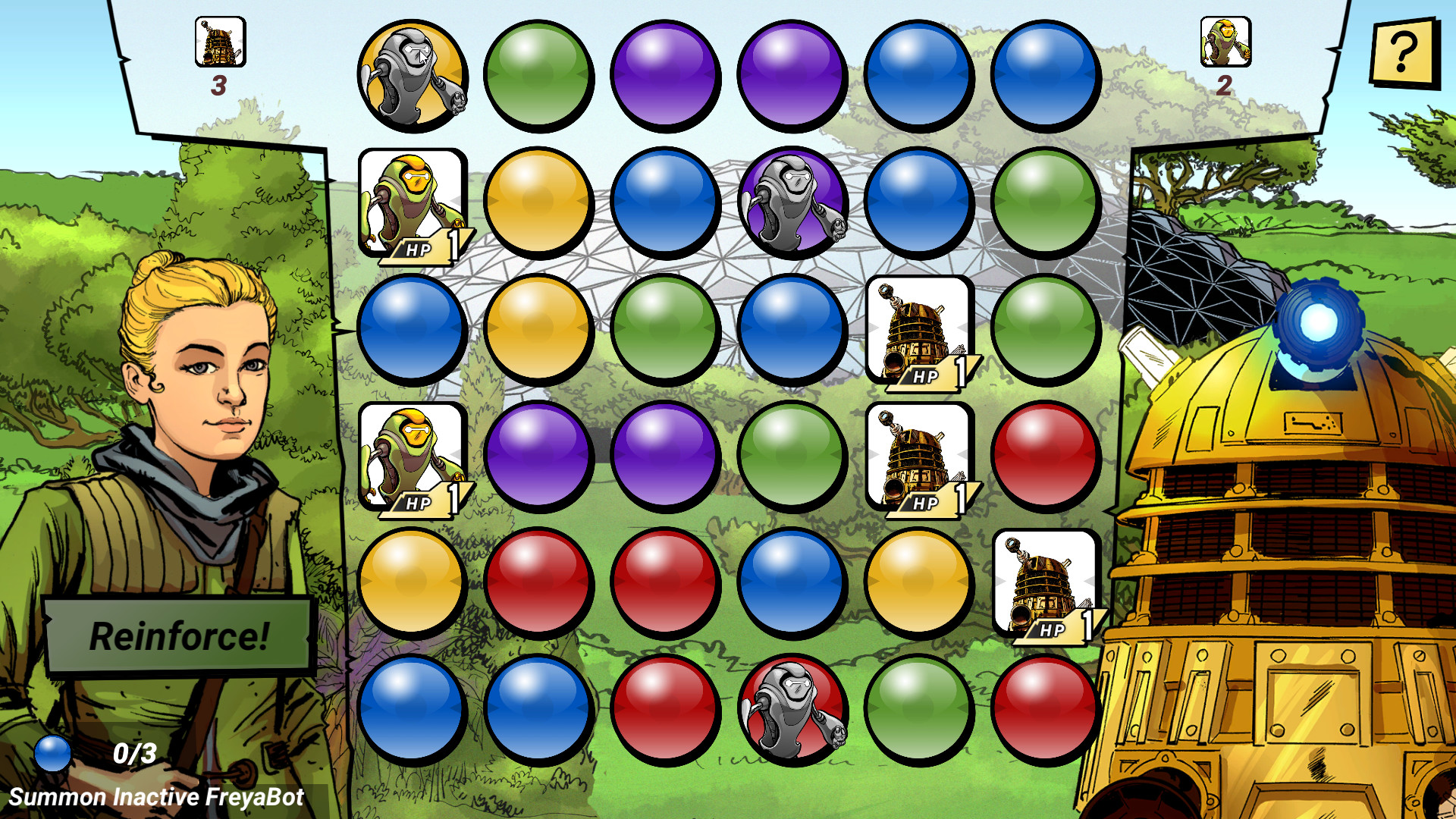 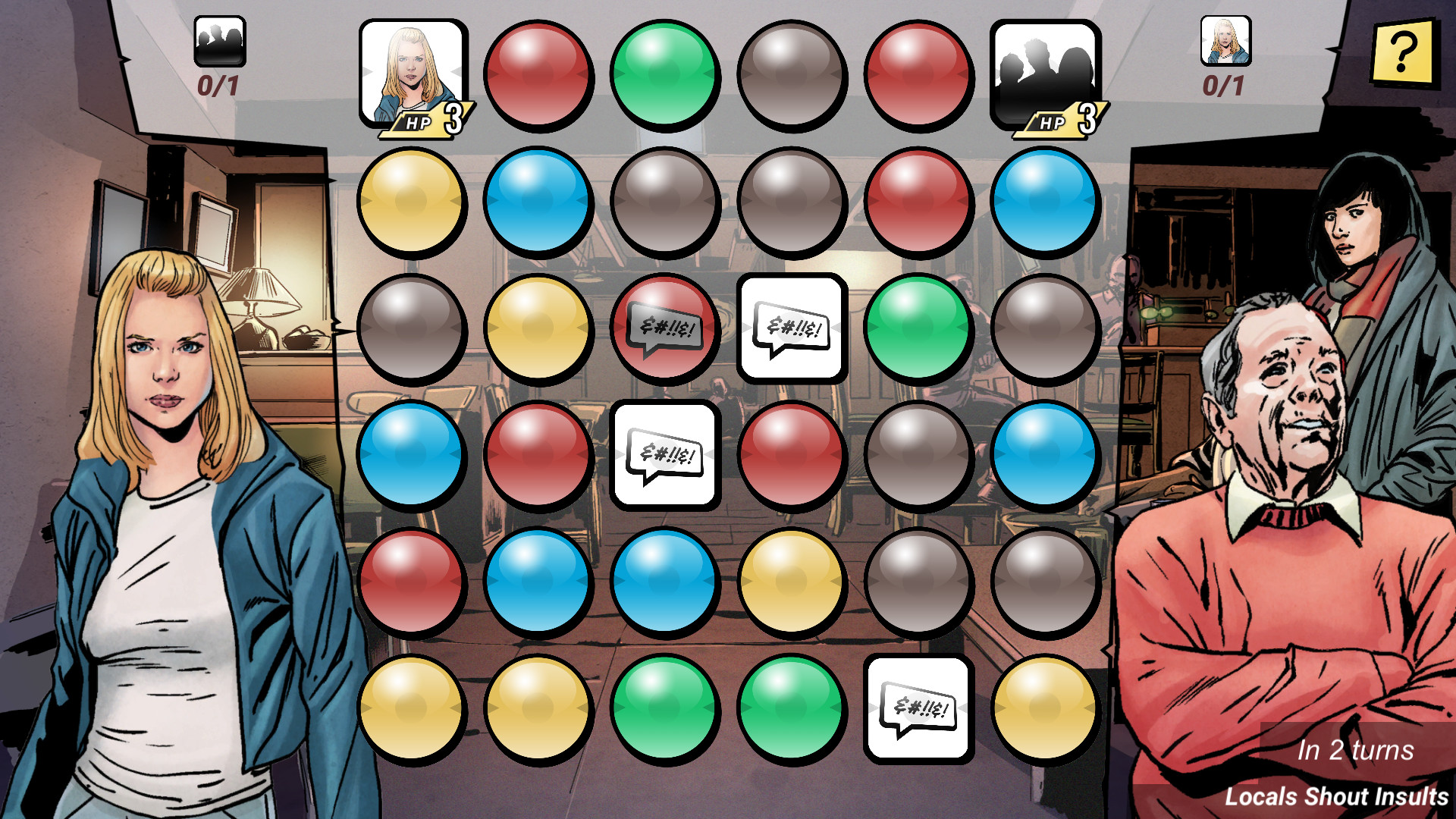 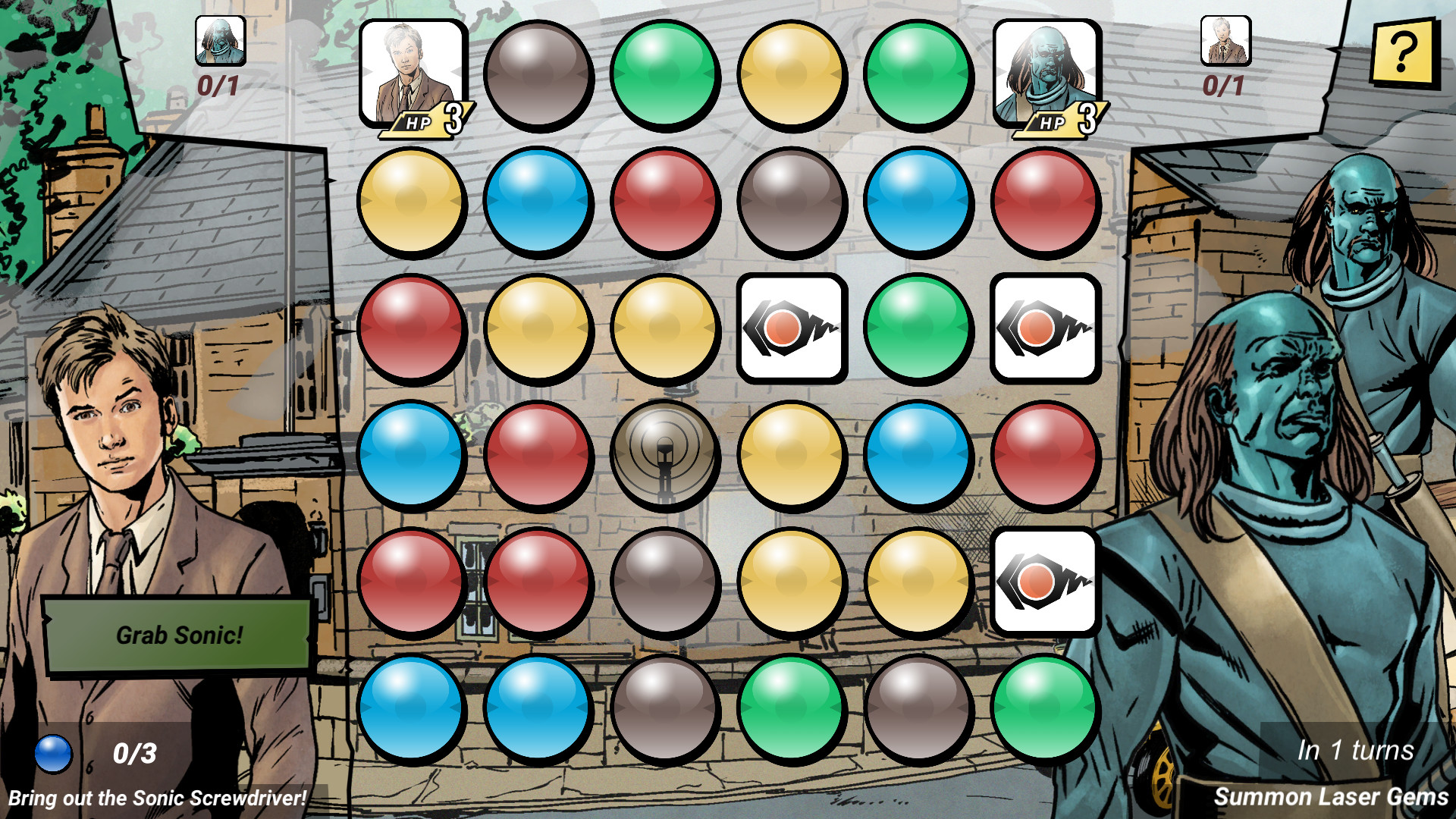 Doctor Who Magazine says "These are the best Doctor Who stories ever told in a video game".

Doctor Who Infinity is a new platform for experiencing the Doctor's stories, with 6 new tales coming by the end of 2018. Each story features a different Doctor from the 55 year history of the show, including both modern and classic Doctors, companions, monsters as well as entirely new characters to discover!

Each story is brought to life with actors narrating, as part of an amazing audio experience overseen by the award-winning audio director of Monument Valley, Stafford Bawler. Each story is visually brought to life with a combination of comic book style cut scenes interwoven with game play tightly designed to mirror the narrative beats of the story.

Game play changes from level to level with increasing complexity while the recognizable detachable tile mechanic allows us to stay accessible to gamers of all levels of experience. In Infinity, characters like the Daleks, Missy, Jo Grant, and the Doctor literally appear on the board, as do opponents like robots, bombs, firewalls, and time vortexes. You have never played anything like this before. The game design is an innovation on the award-winning puzzle mechanic used in Doctor Who: Legacy -- think of this as the first time you have had the chance to play through original Doctor Who stories from start to finish.

This game is aimed at the adult Doctor Who fan, comfortable with mature, dramatic themes in a series of all new Doctor Who adventures, brought to you by well-known writers, artists and actors in the extended Doctor Who universe.

A tragic event on the edge of the Time War has led to the unlikely creation of a dangerous new type of Dalek hybrid, after a gifted young child is forced to survive by hooking herself into a Dalek life-support system.

As the young girl tries to exact her revenge, the Twelfth Doctor, Missy, Bill and Nardole find themselves in the midst of a full-scale assault on Earth’s timeline.

As the invasion spreads, and the Doctor is forced to turn to some of his closest allies for assistance, can they stop this new enemy? And must the Doctor do the unthinkable and ally with the Daleks to save Earth?

STORY TWO: THE ORPHANS OF THE POLYOPTRA
Written by Gary Russell (as his final Doctor Who story), drawn by David Roach, and colored by Dylan Teague. Voice over was recorded with Katy Manning ("Jo Grant") and directed by Gary Russell.

The story, as told in flashback by Jo Jones to her nephew in the style of a classic Doctor Who 4-part story arc, begins at the height of World War 2 as the Third Doctor and Jo Grant find themselves trapped in what appears to be a German bombing in a small mining town.

Here they meet a young orphan girl and her strange companion, who are not at all what they appear to be, and who desperately need their help to travel back to 1842, to a time when the local children still faced the treacherous danger of daily work in the mines.