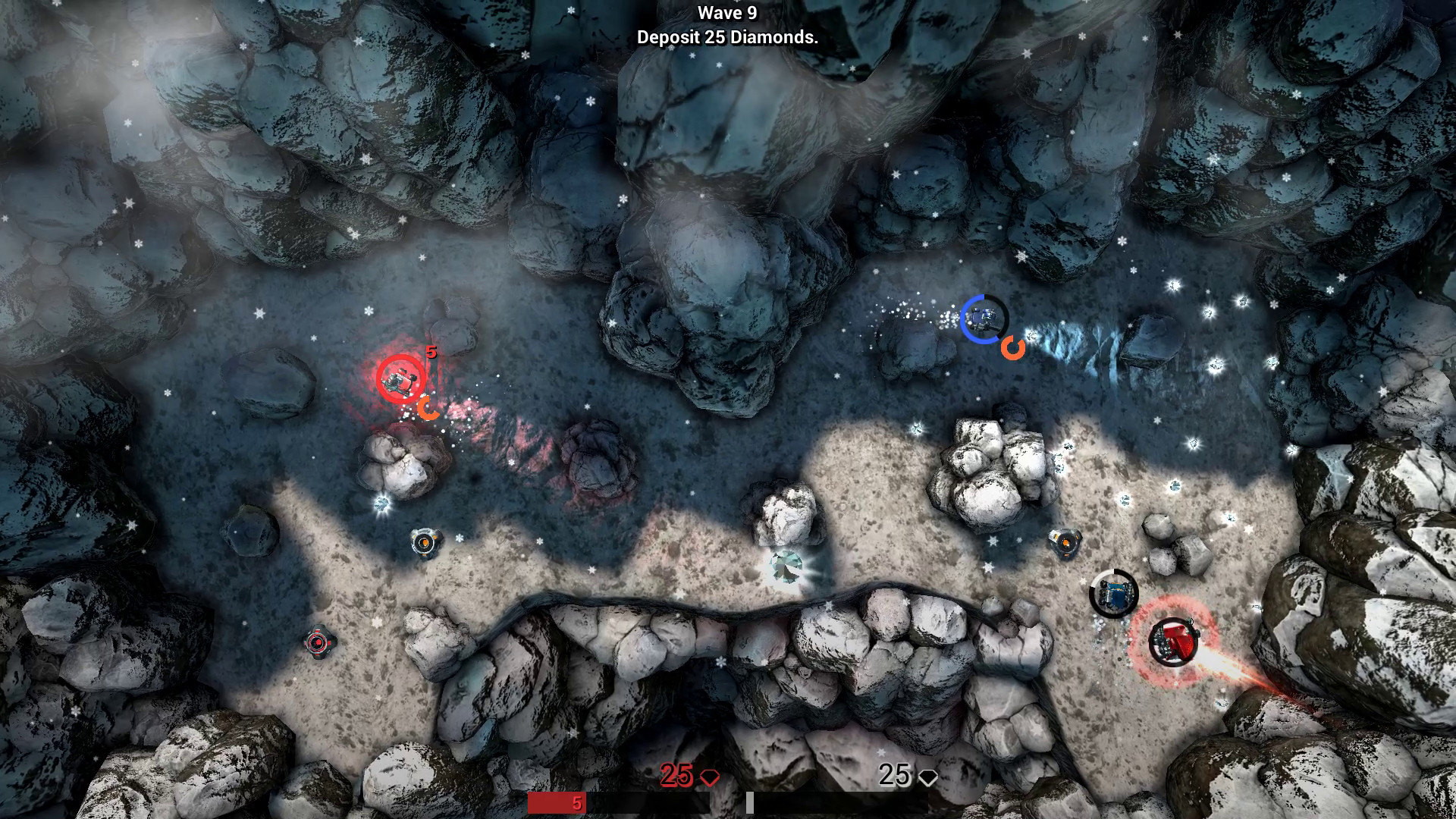 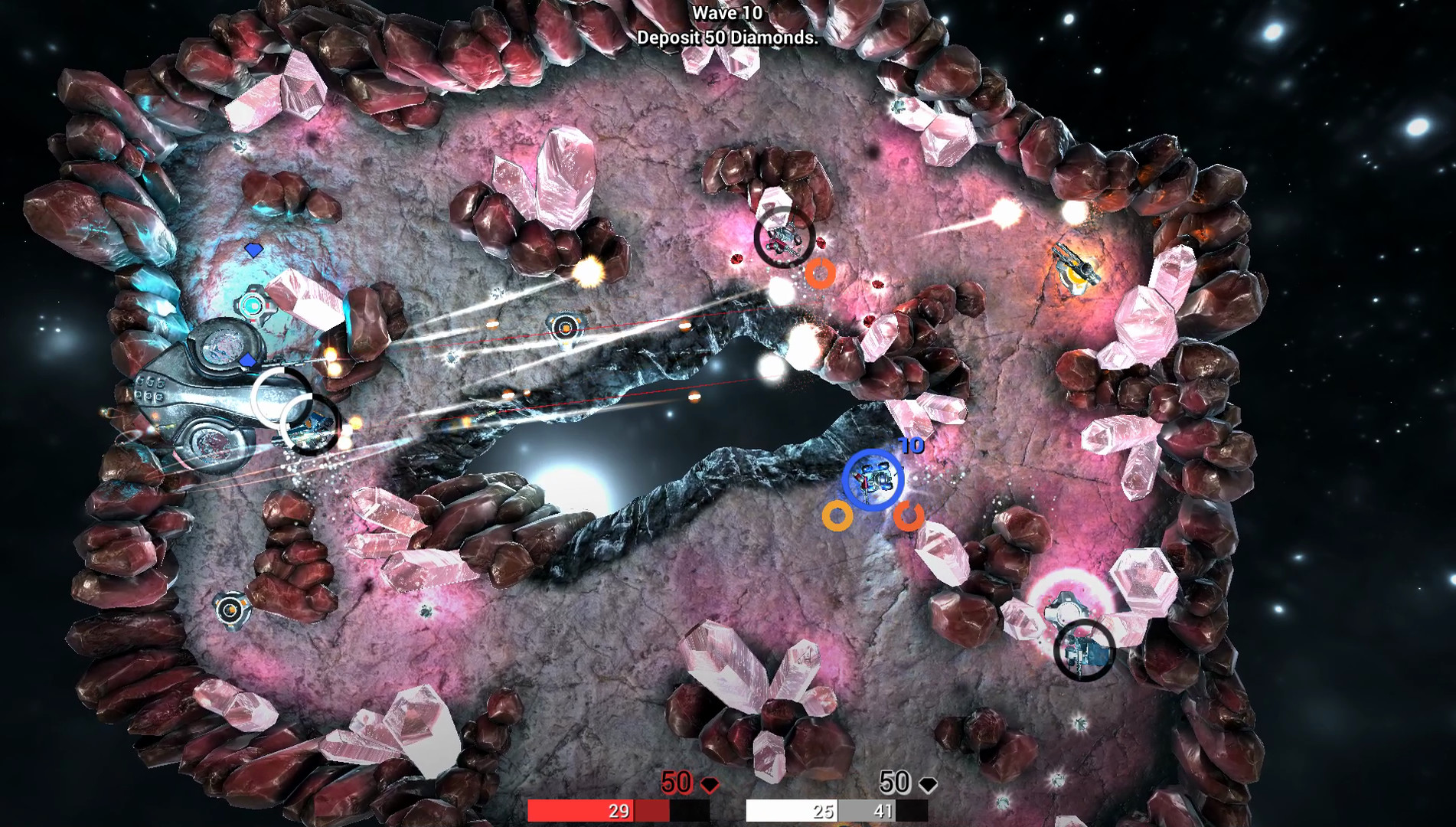 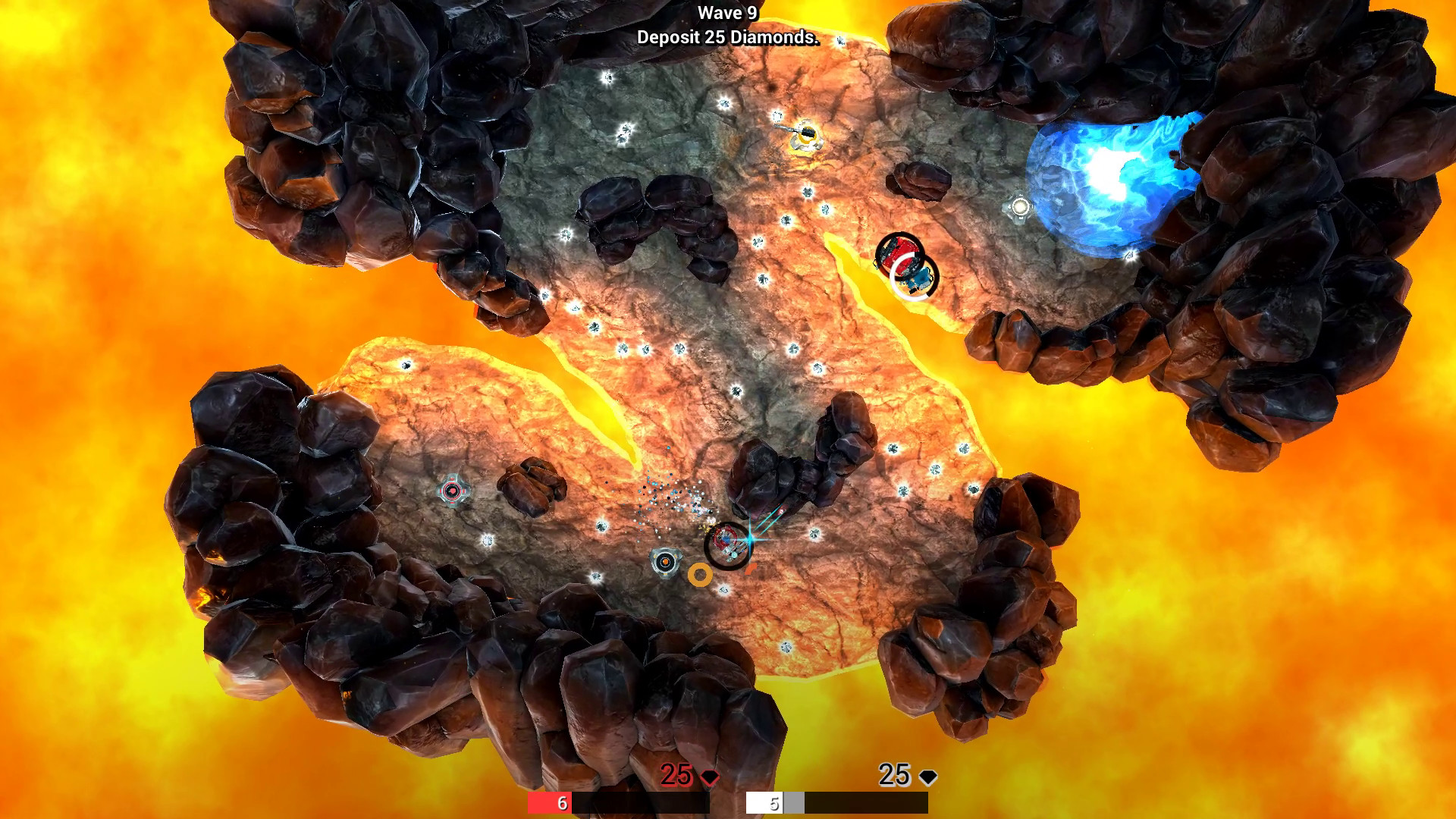 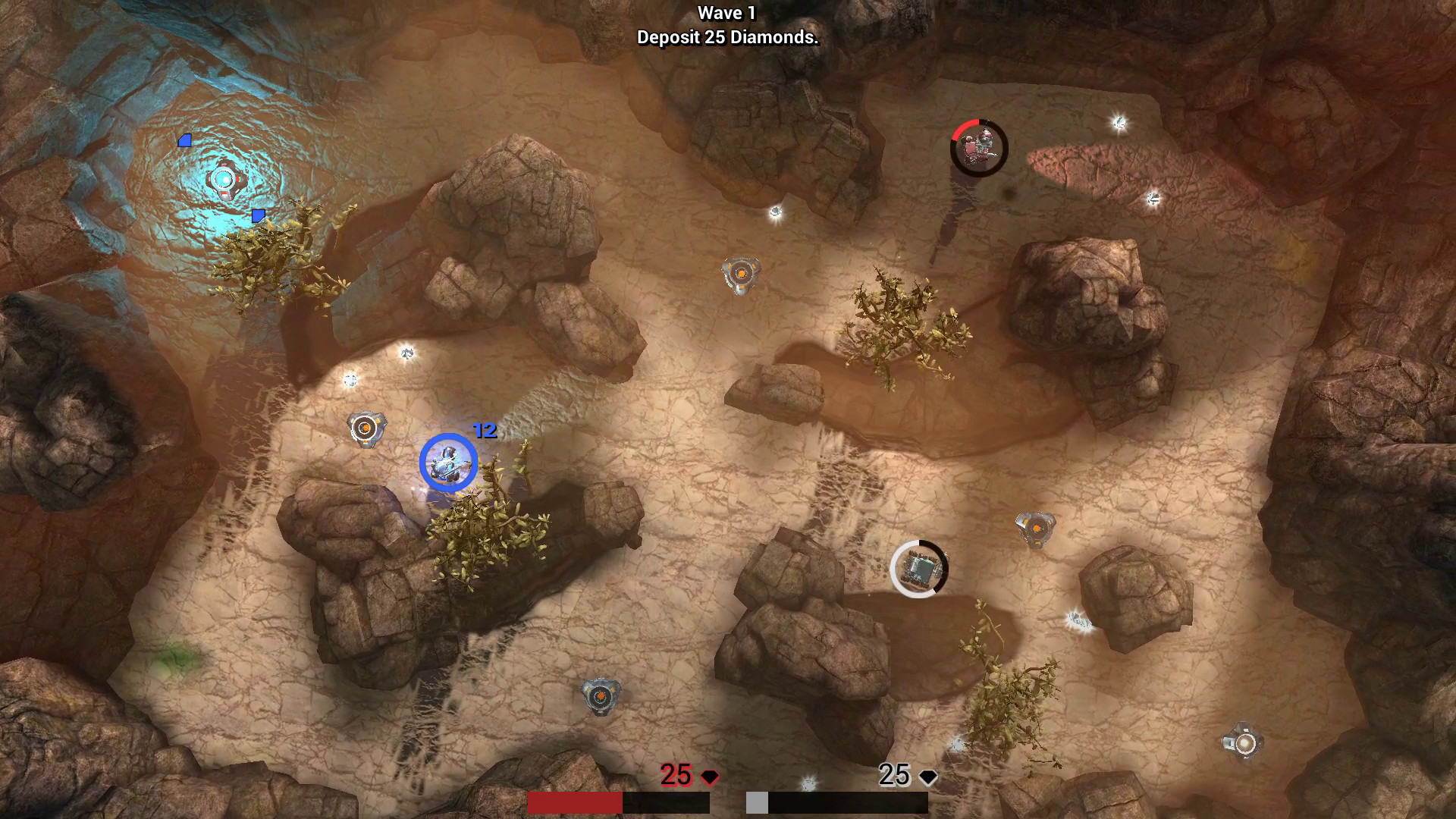 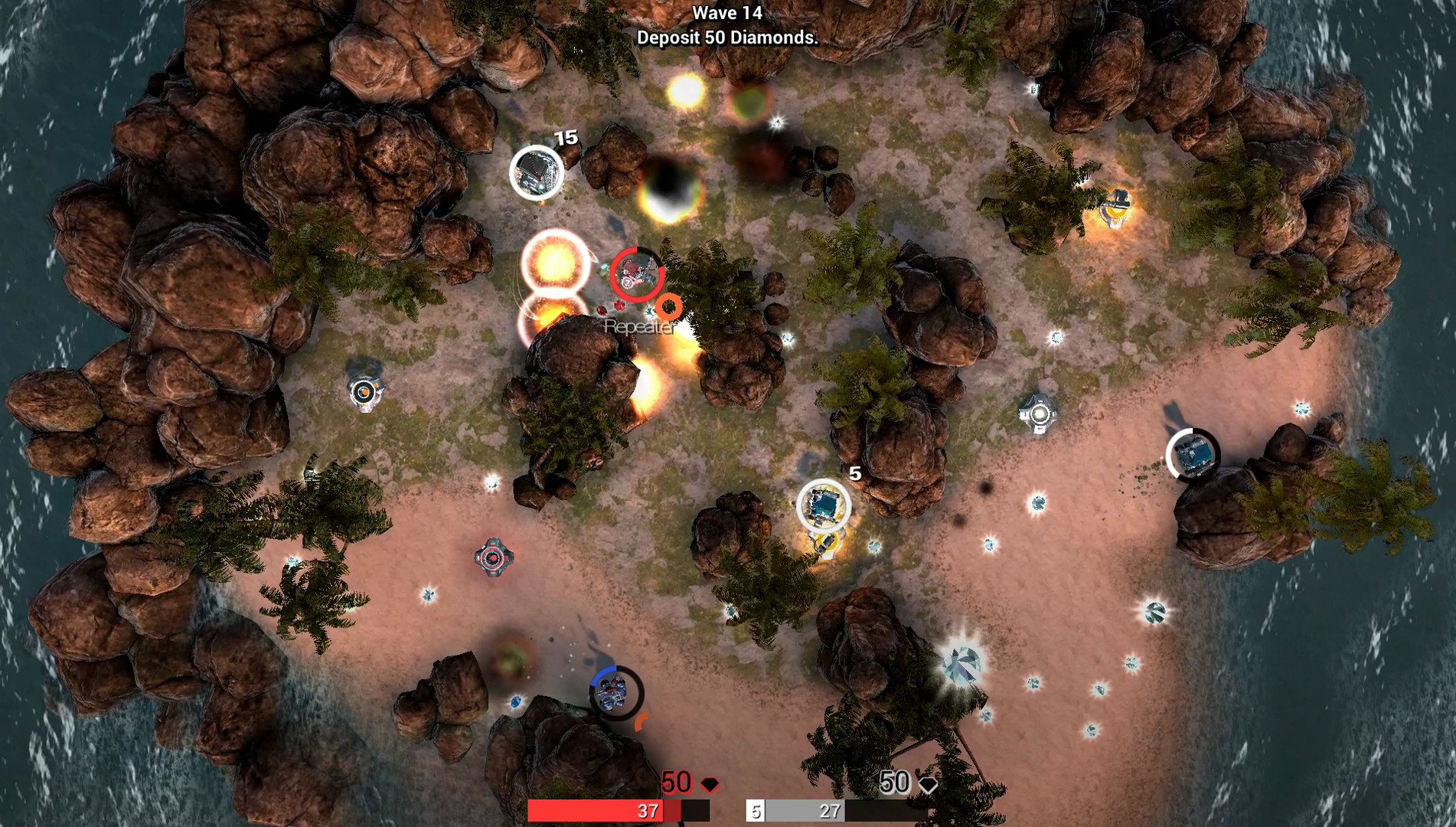 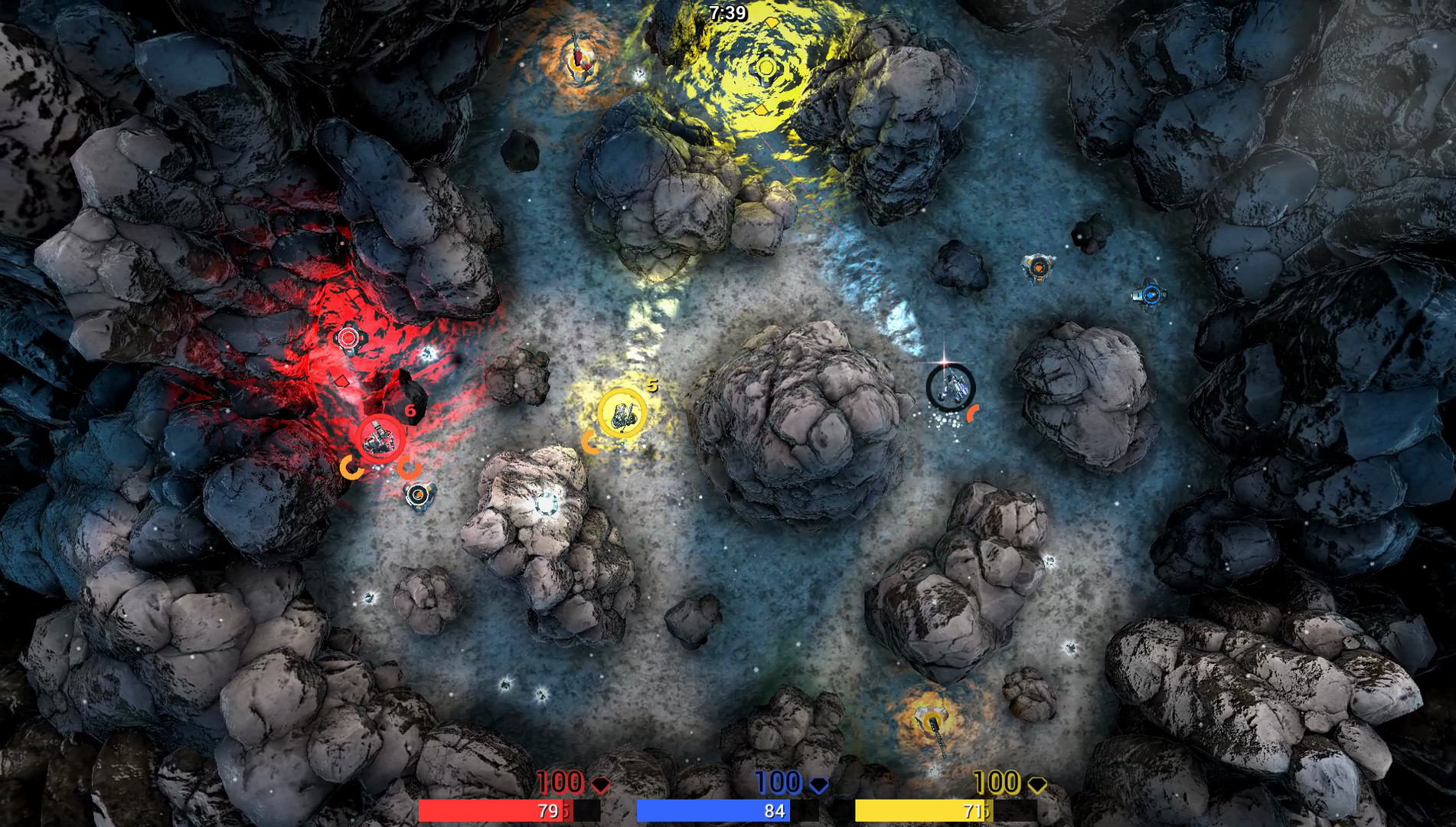 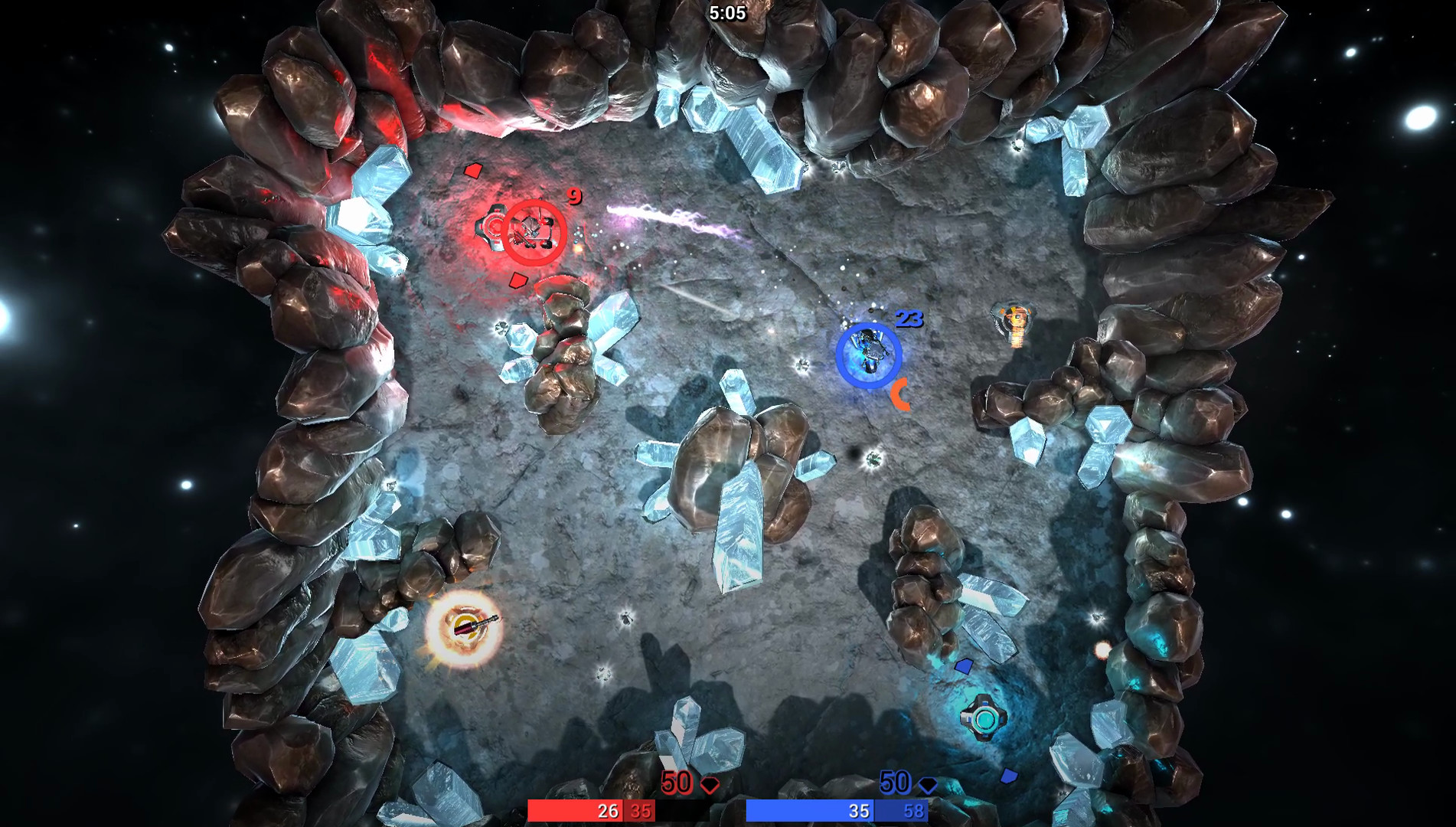 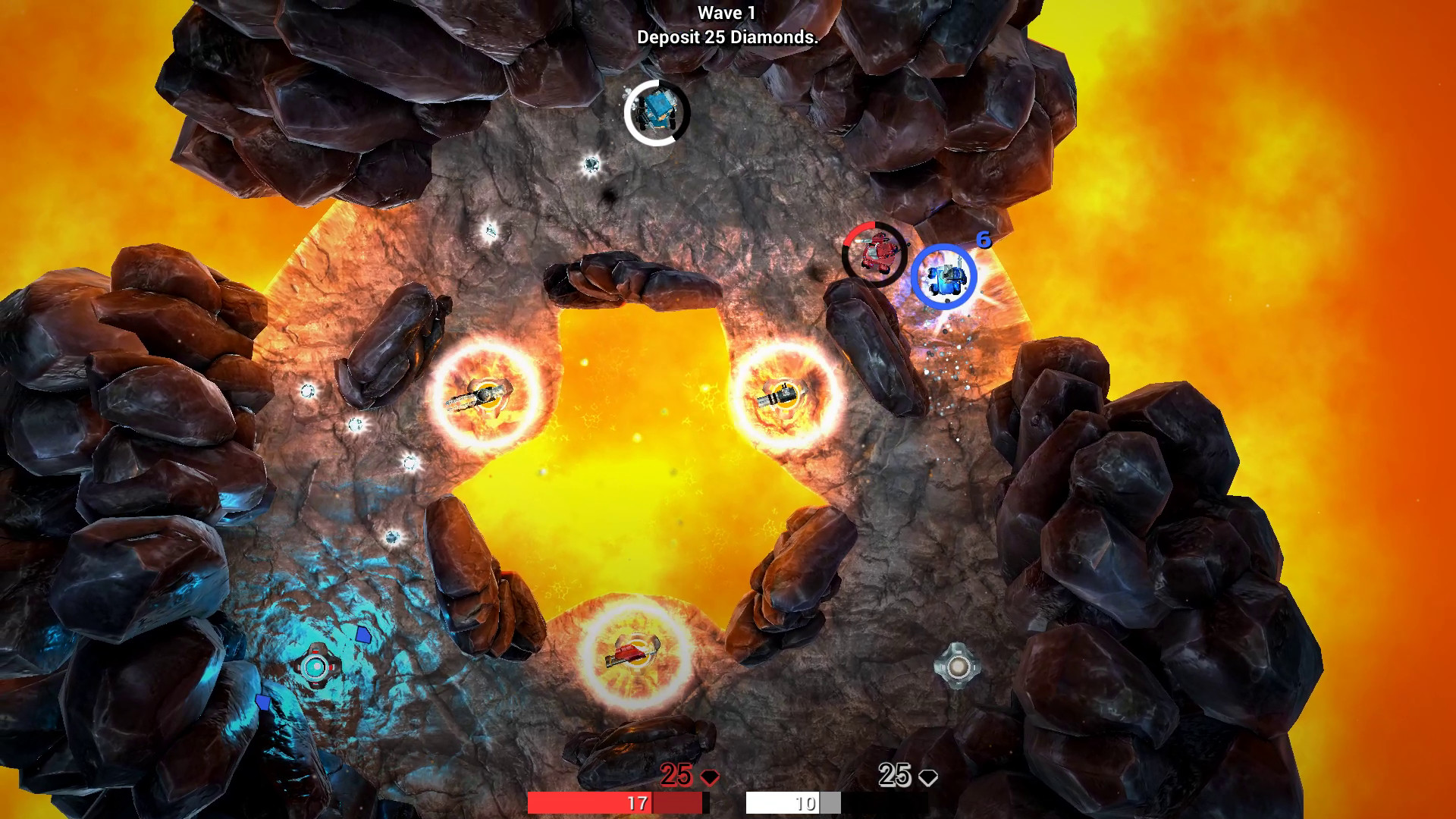 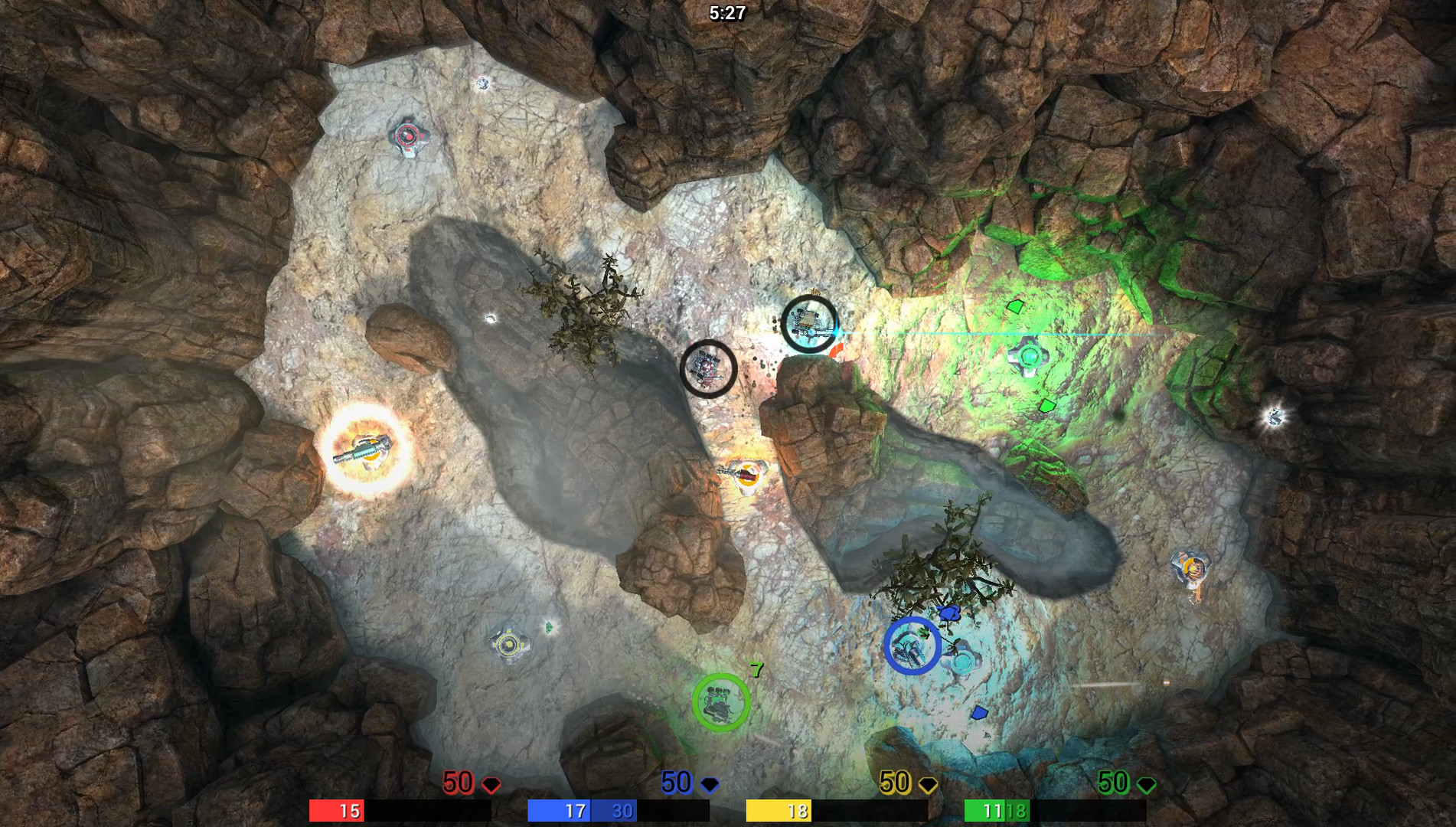 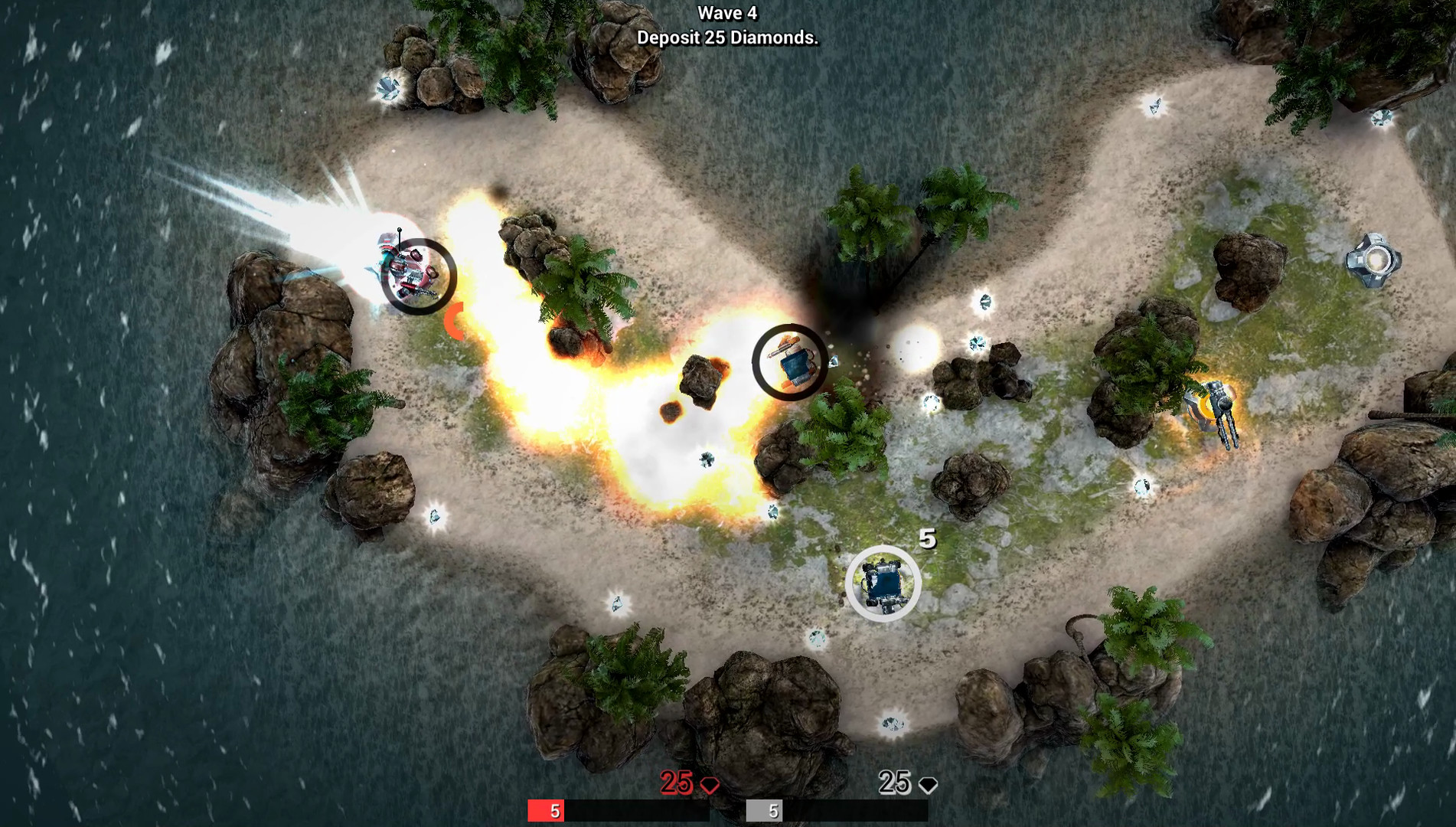 In the desolate world of tomorrow, robots commissioned by powerful corporations battle for the galaxy's most valuable resource. Diamonds is a fast-paced twin-stick shooter where your mission is to secure these precious seeds of the future. Race to pick up diamonds as they fall from the sky, shoot enemies to make them drop the diamonds they've gathered, and bring the spoils back to your base to win.

Arm yourself with machine guns, grenade launchers, guided missiles, and more as you battle across ten maps ranging from arctic mountains to celestial meteoroids in two exciting game modes.

In Skirmish mode, up to four local players join forces to take on increasingly powerful and numerous enemies. Skillfully switch between offense and defense to survive each wave as the diamonds fall faster and faster.

In Competitive mode, two to four players can compete in strategic duels or explosive free-for-alls with customizable settings, weapons, and objectives. Use your wits as well as your reflexes to outplay your friends and emerge victorious.

What’s left of the future falls to you!