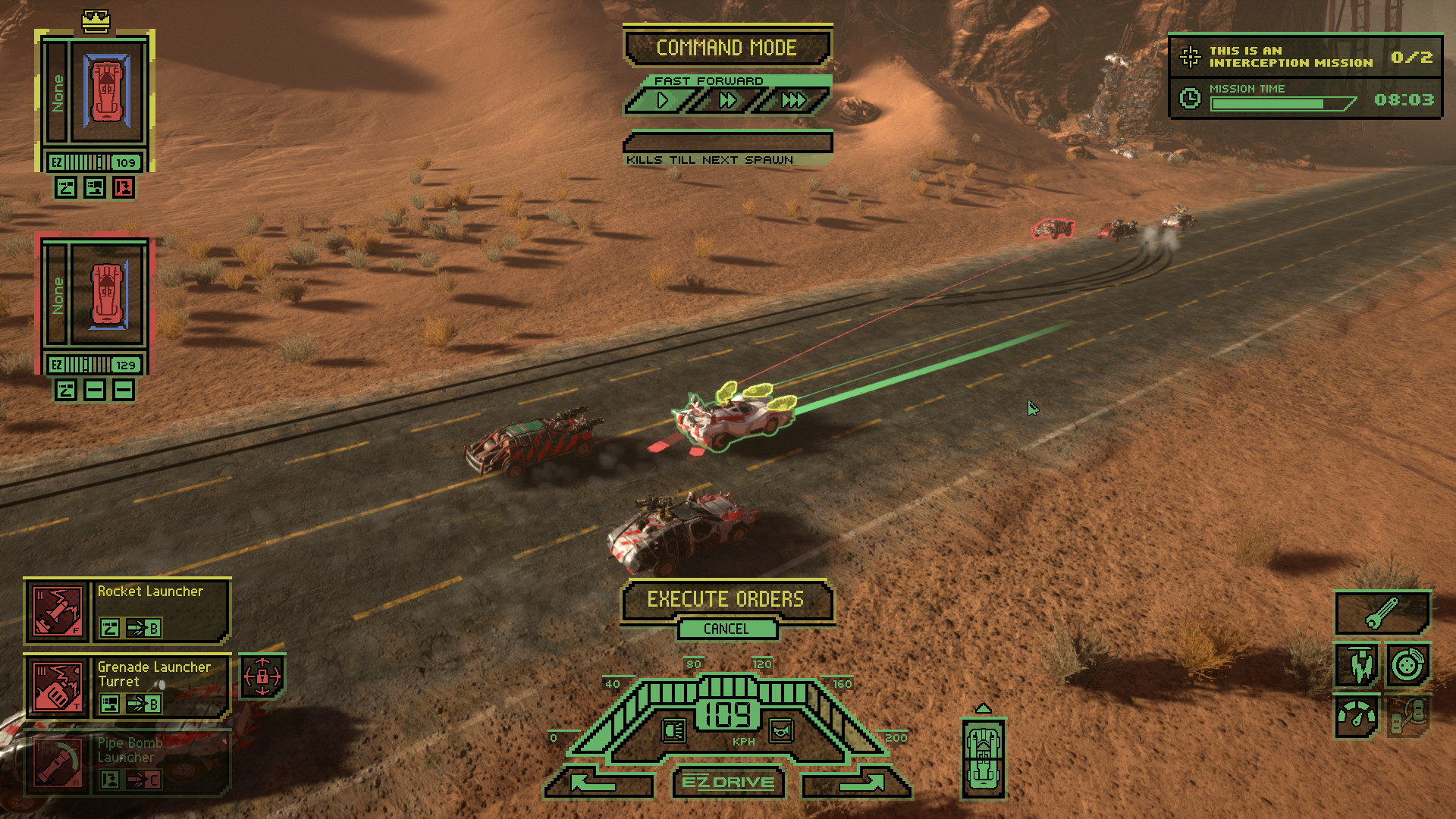 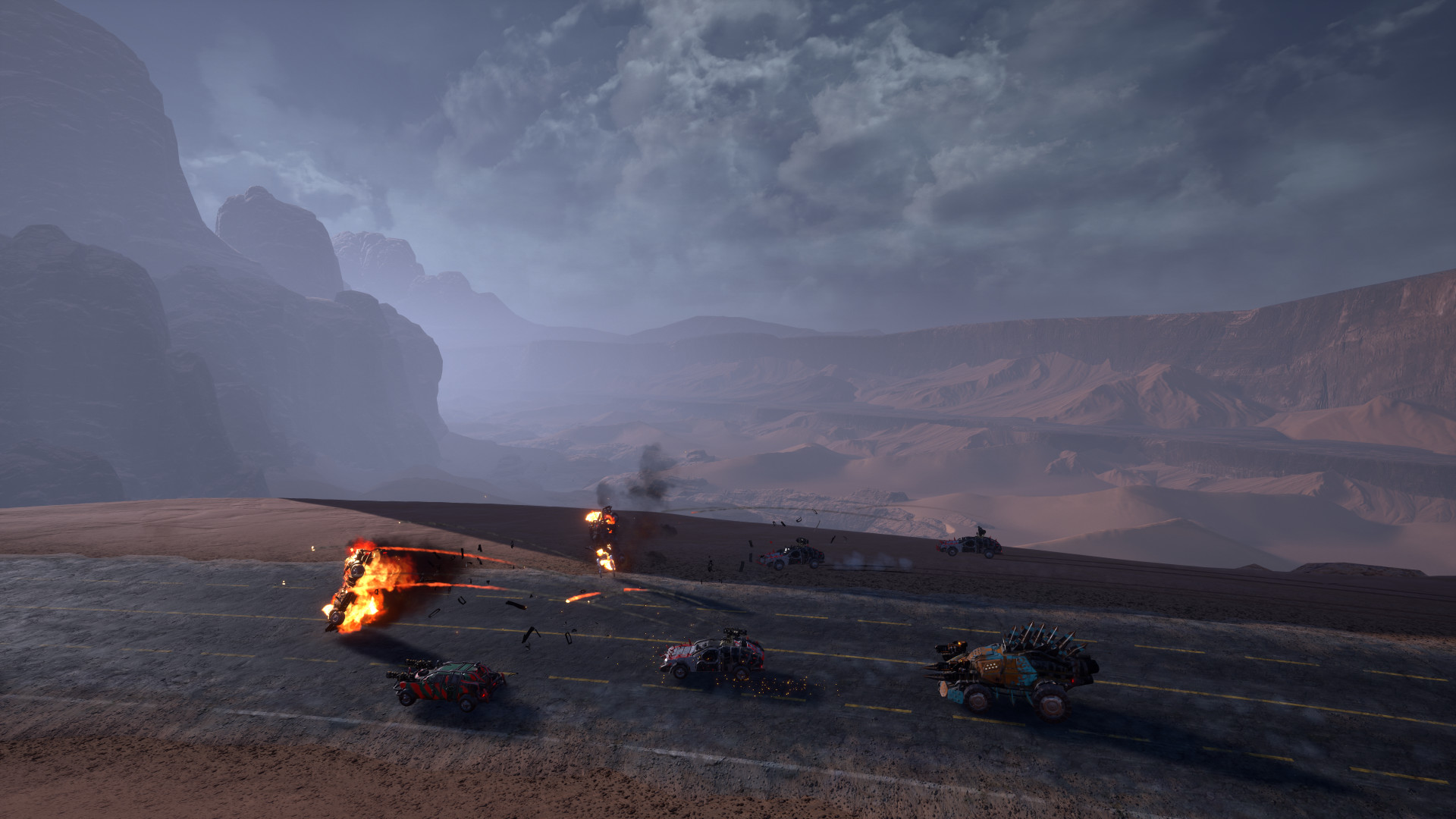 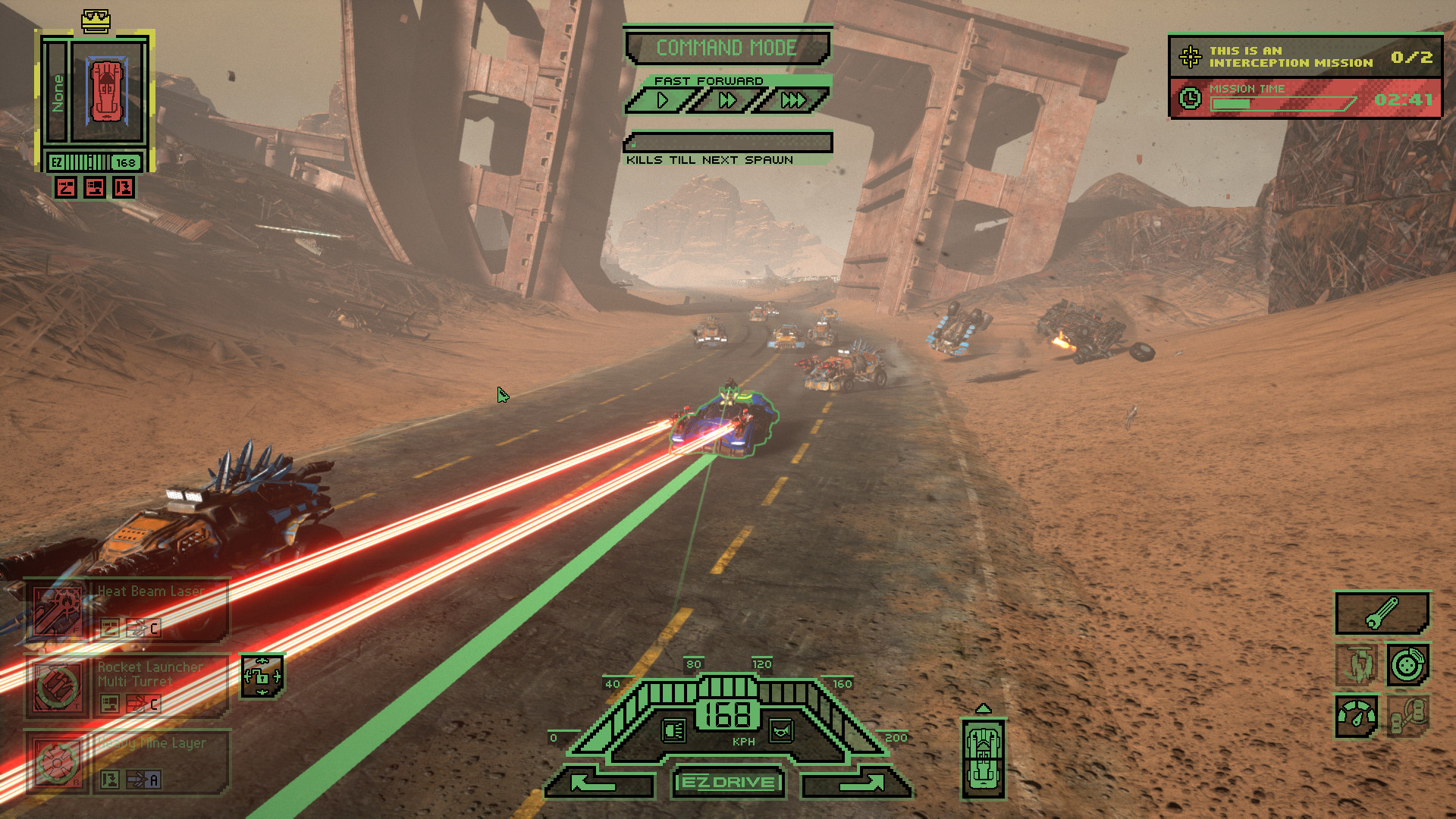 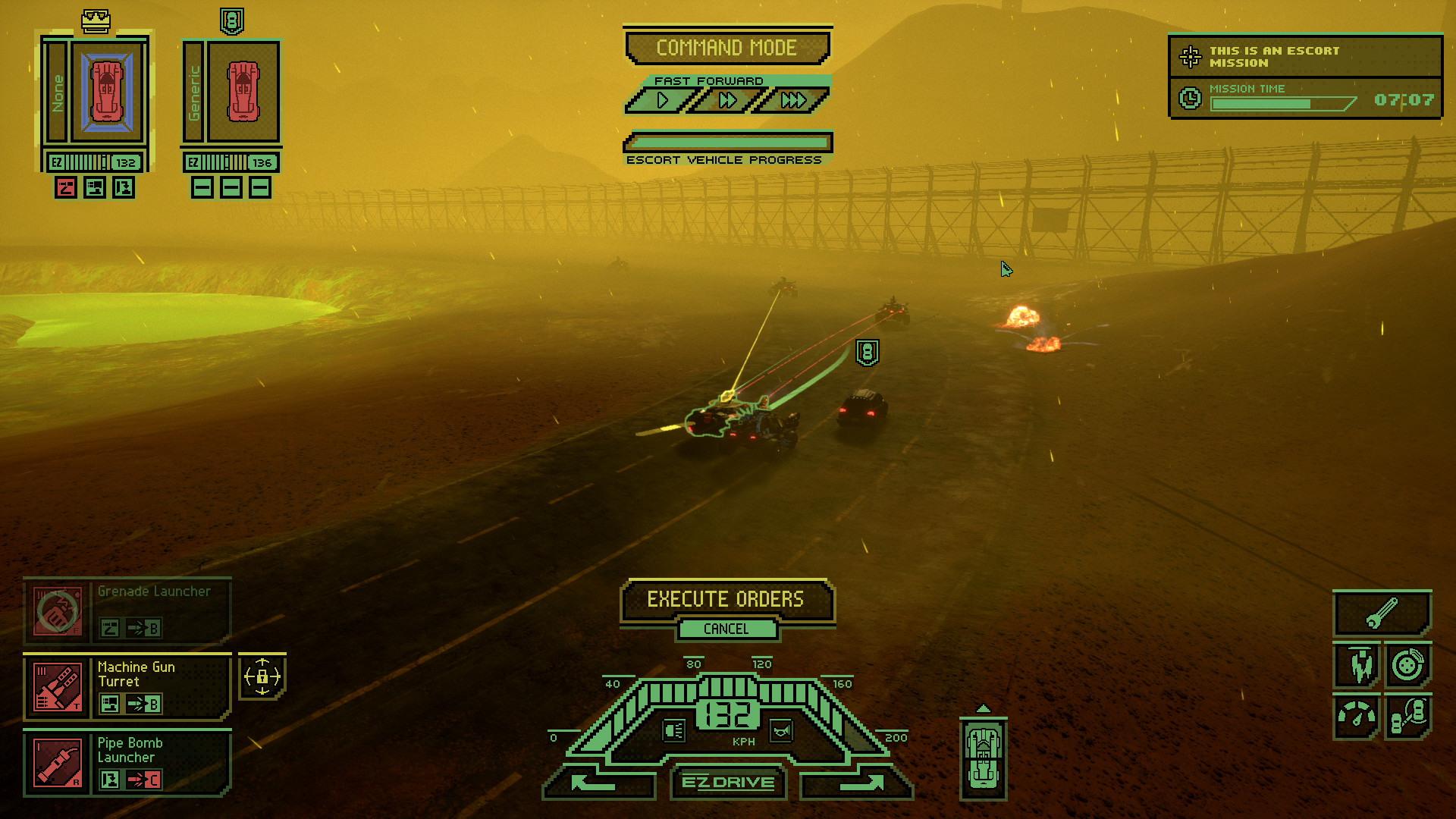 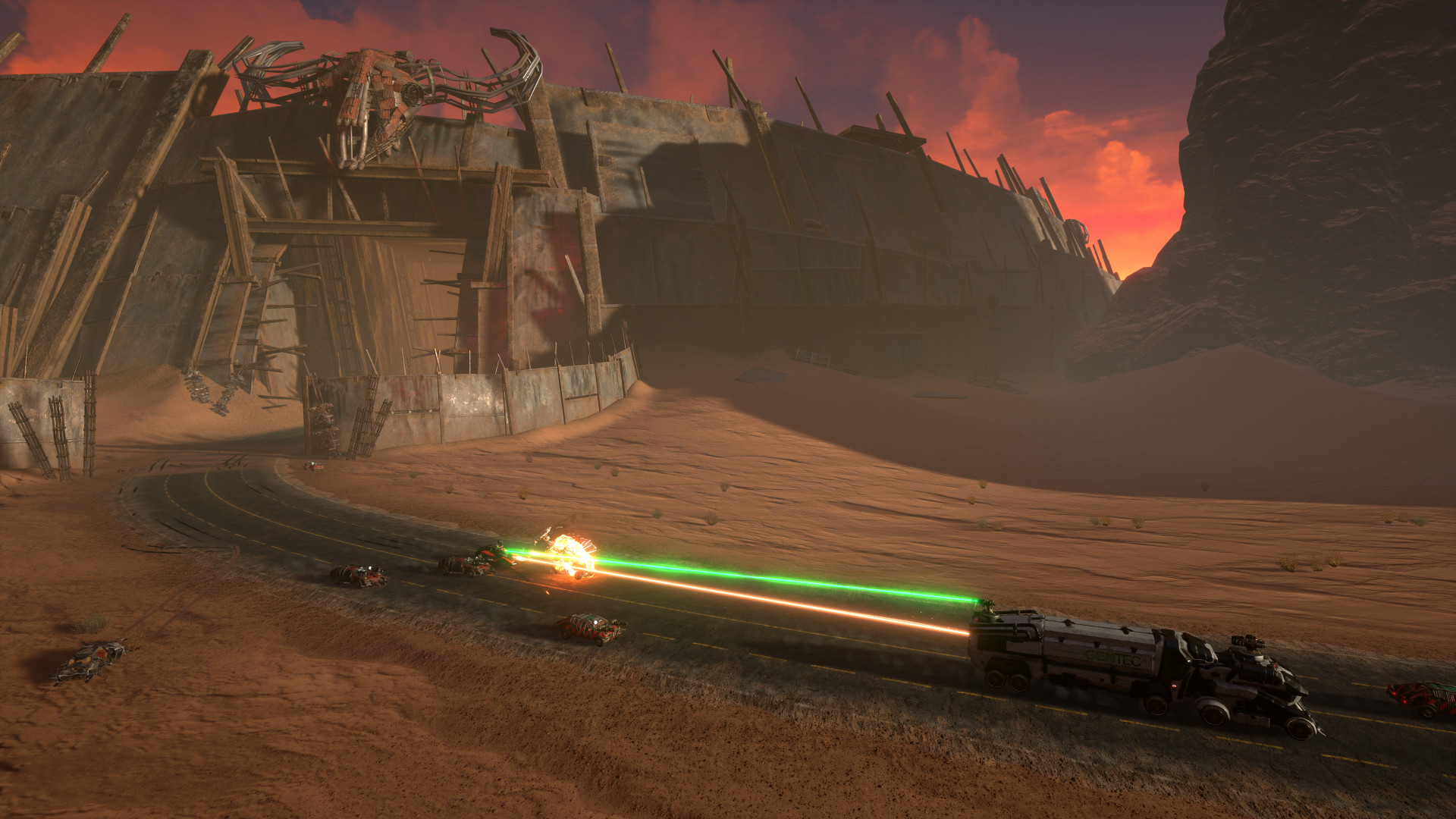 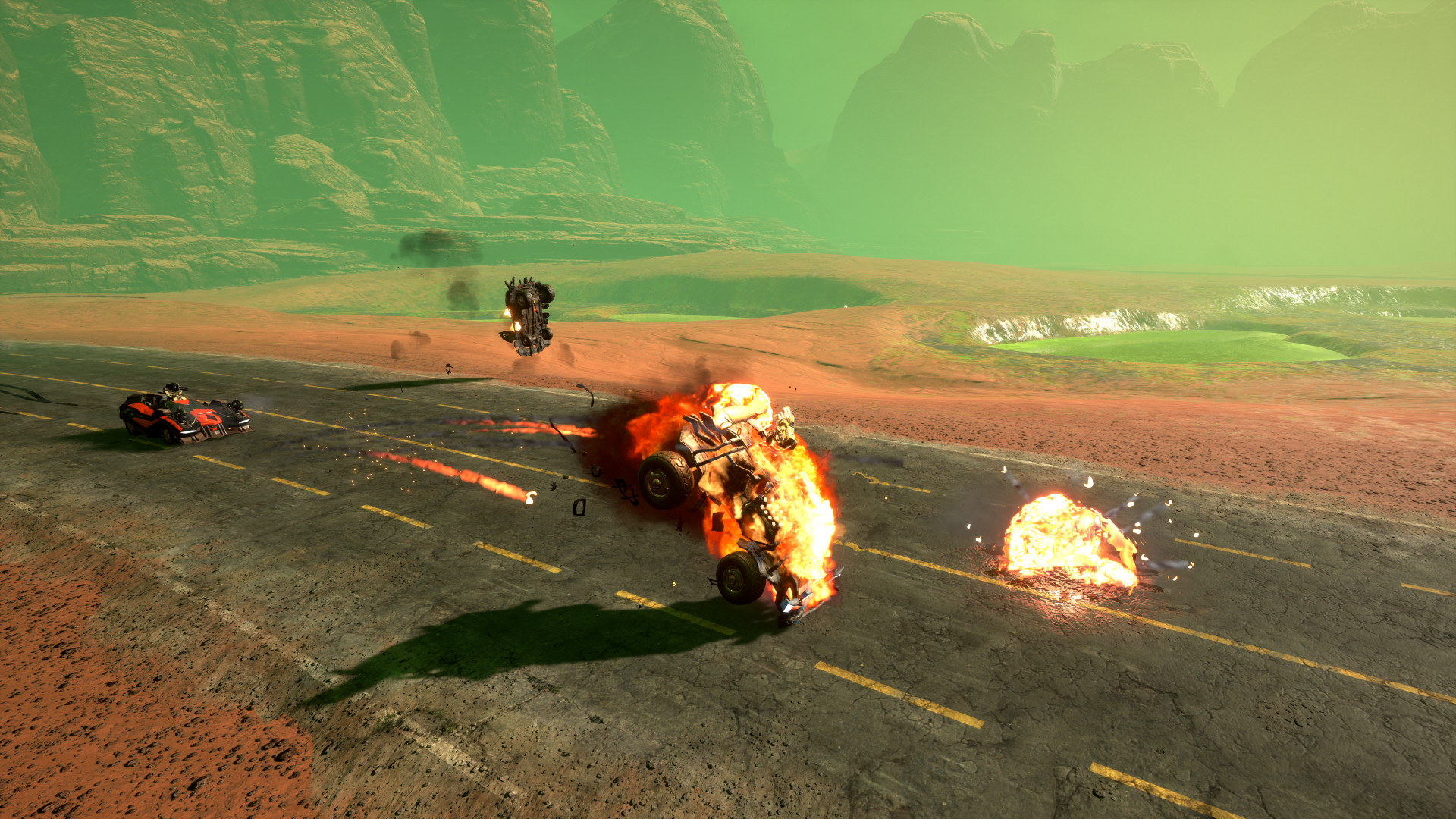 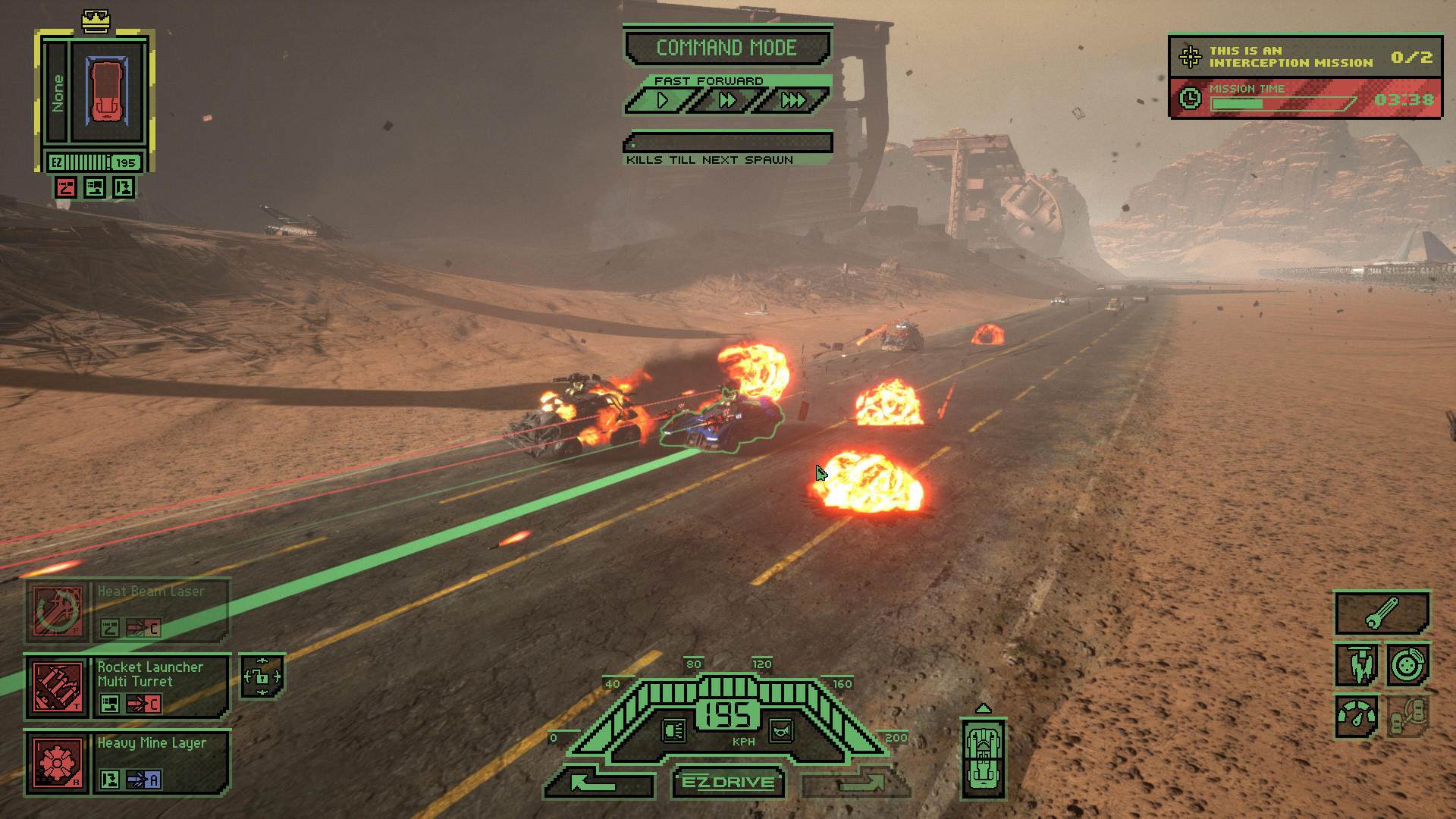 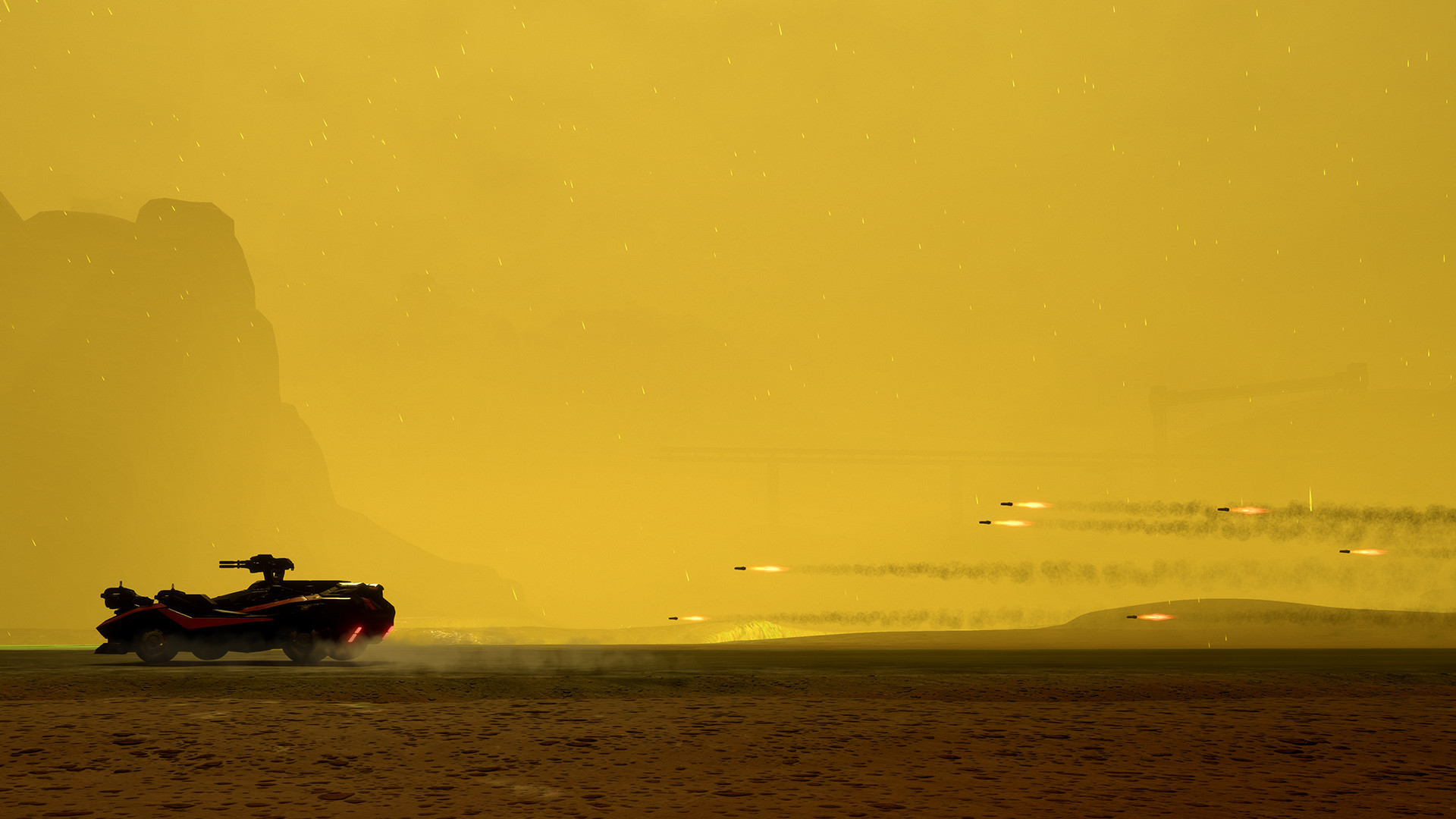 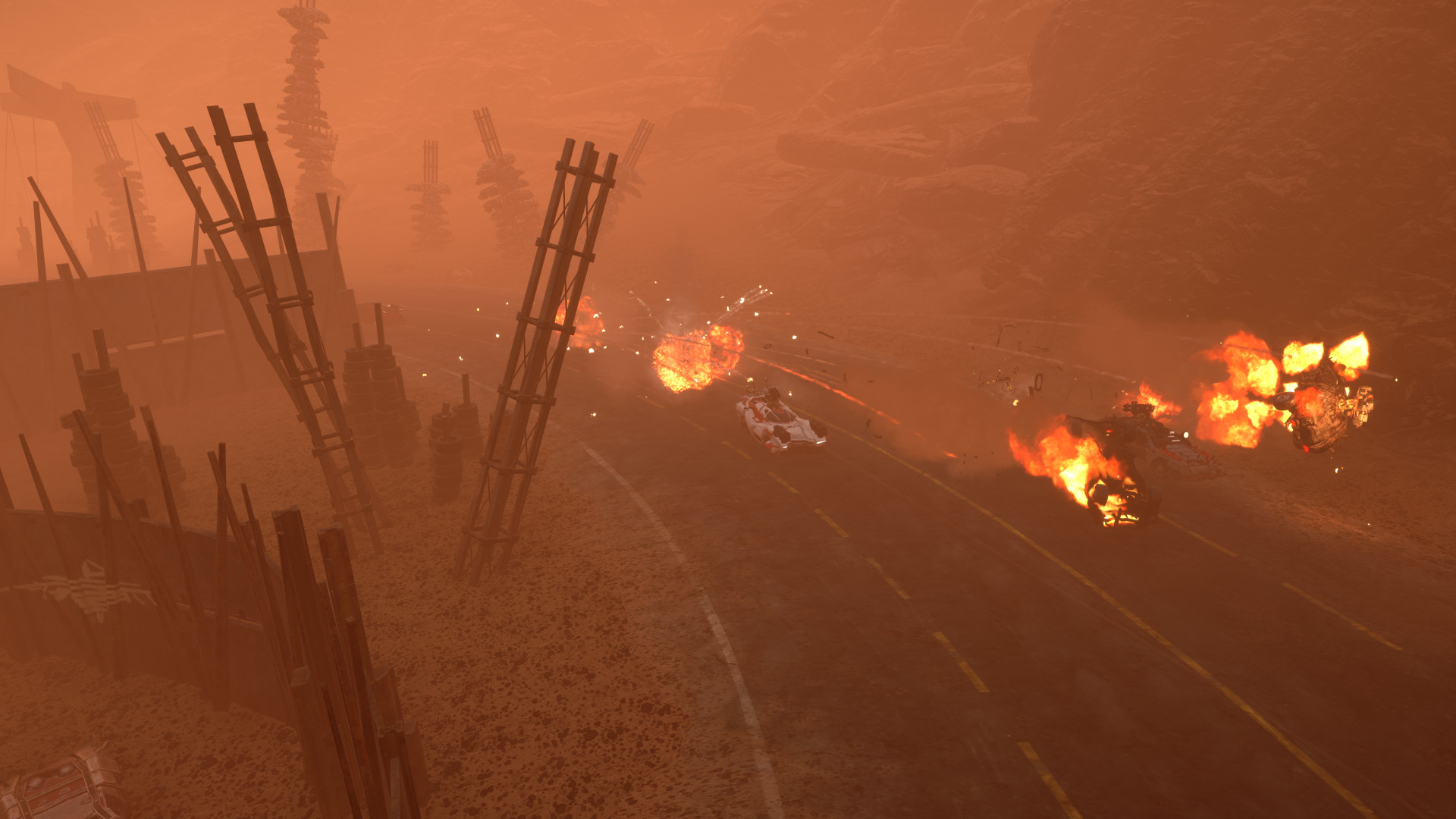 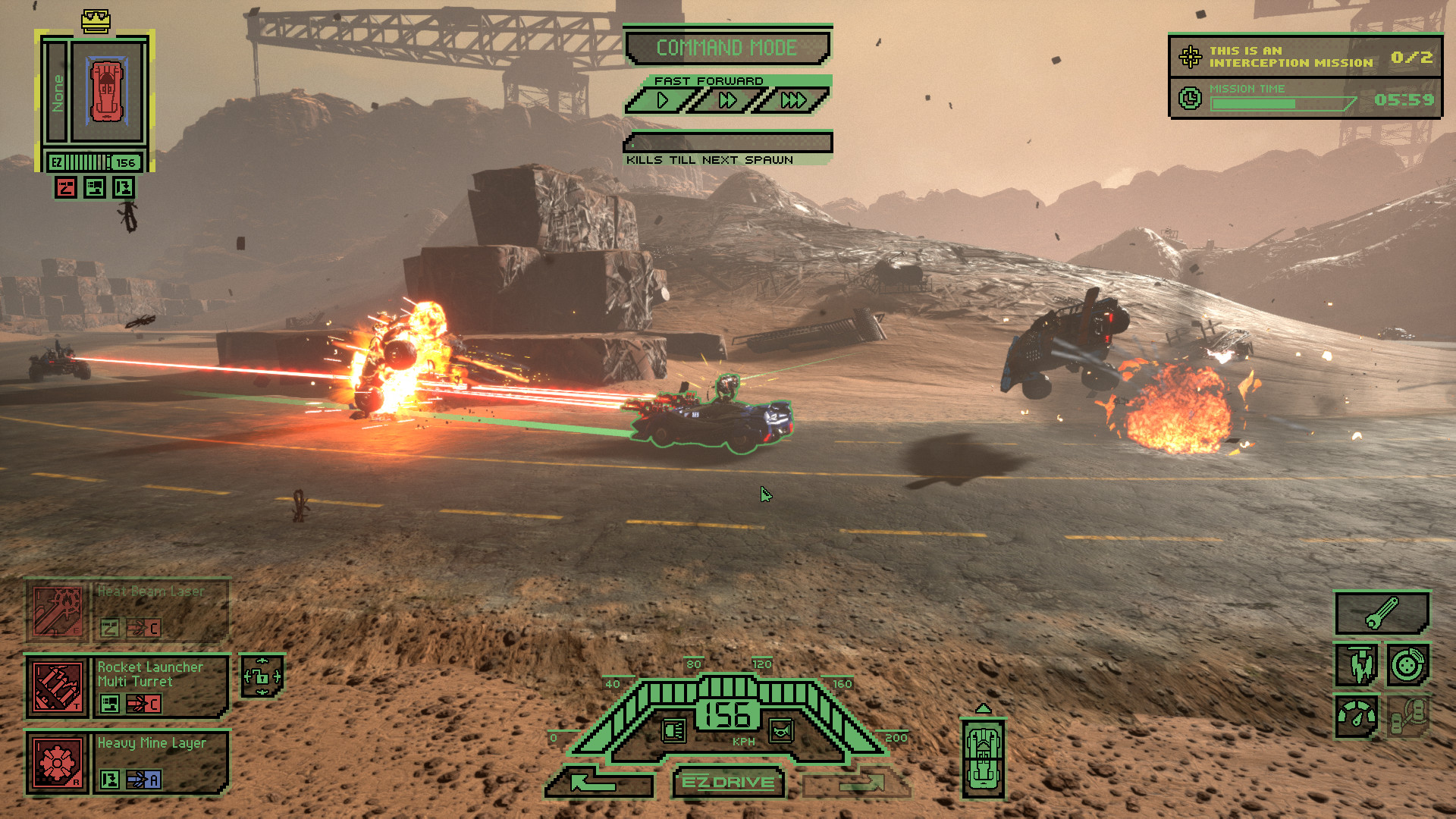 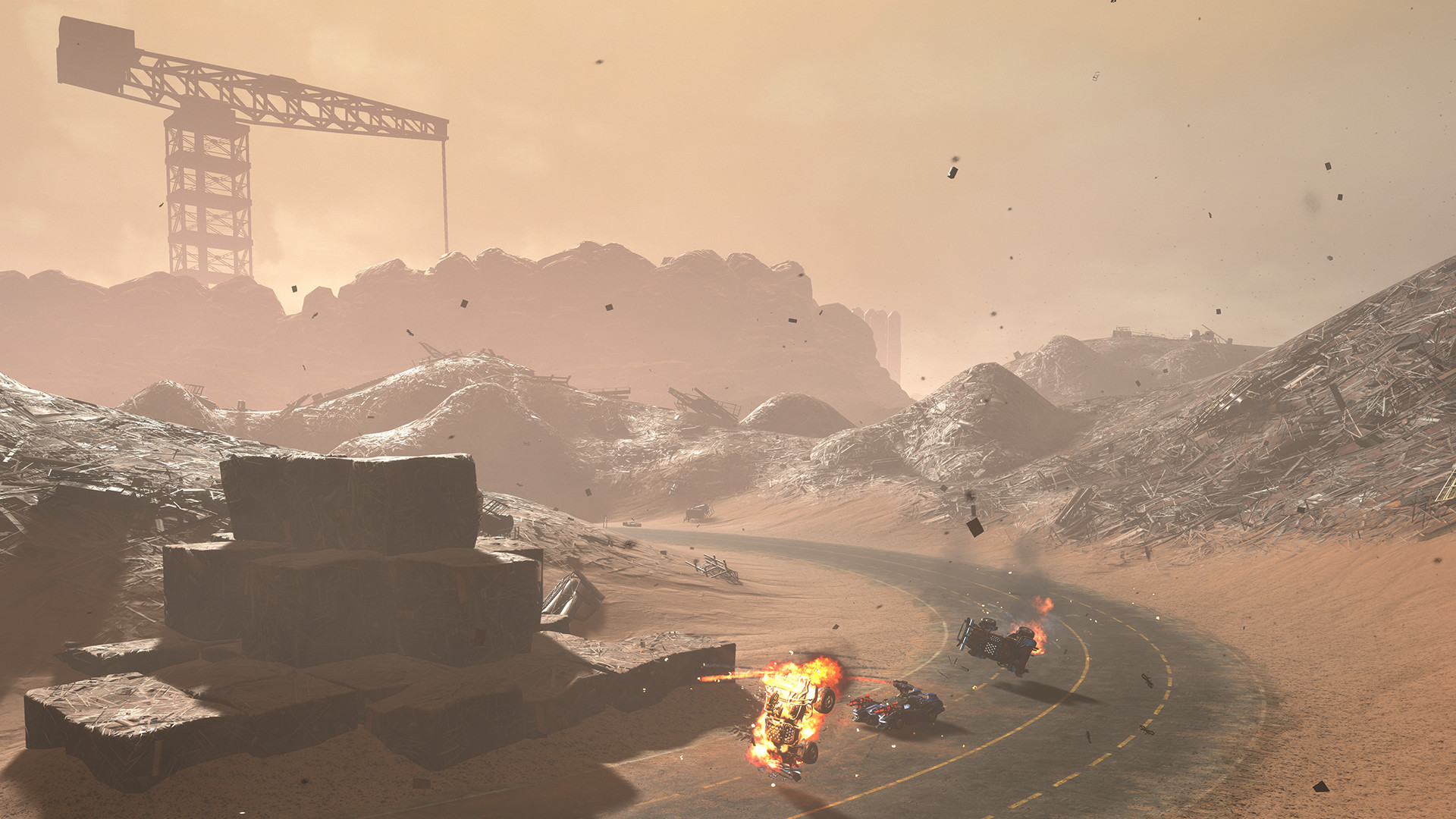 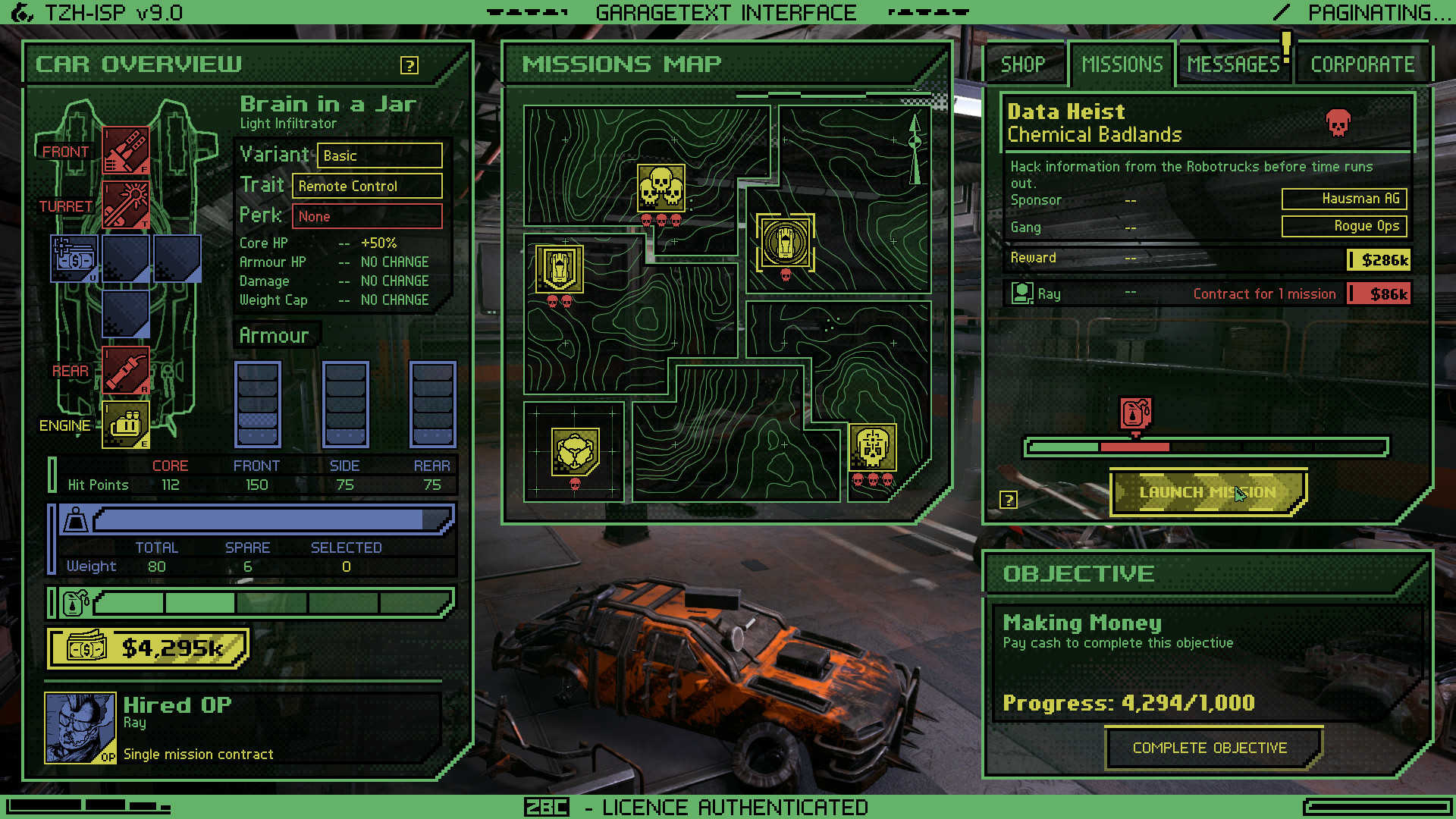 "All of the stuff that I feel makes a great car combat sequence that Mad Max does so well ... this is that, in a strategy game. I heartily recommend" - Tom Chick, Quarter to Three

"If Speed Racer (the cartoon) had a baby with Death Race (the Roger Corman versions) and it ended up in a Mad Max future, I think you’d end up with this game... Personally, I think this game has earned a permanent spot on my hard drive" - Adam Harrison, Bell of Lost Souls

The government is non-existent and society, struggling against pollution, stagnation, catastrophic climate change and gang warfare, is at the point of collapse. You are a highway warrior for hire, taking on contracts to keep the few laws that exist, in check. You battle against roving gangs to control the dangerous roads and earn a living in these dangerous times.

Tool up your vehicle with a range of weapons and upgrades and head out into The Big Empty. Explore this darkly absurd land, with danger and destruction at every turn.

Customise your vehicle with a variety of weapons - from powerful ballistic artillery, to searing high-tech lasers and makeshift deployable explosives - all designed to cause maximum havoc and destruction on the roads.

Fight against a range of dangerous gangcults in dramatic locations, with jaw-dropping physics and visual effects, all powered by Unreal Engine 4.

Take full control of the chaotic carnage with Command Mode. Slow time down and issue orders to your vehicles in a real time strategy game unlike any other. Choose the right combination of weapons and car upgrades to put the enemy down for good.

Customise your car with special upgrades to suit your playstyle. Want to go totally offensive? Upgrade your Combat Lasers and Multi-Missile Launchers to cause maximum damage. Use your character's special abilities to outwit and outmaneuver the opposition. Put the brakes on your enemies with Road Spikes and Concussion Mines to stop them dead in their tracks. Invest in your Ramming Boost to chase down enemies and smash them off the road. Use these to maximise your payday and keep the dollars rolling in.

Eight stories introduce you to the dystopian society of Games Workshop’s car combat universe of Dark Future. Take on missions and attempt to survive in the scorched wastes of America in brutal, endlessly replayable run-based campaigns.