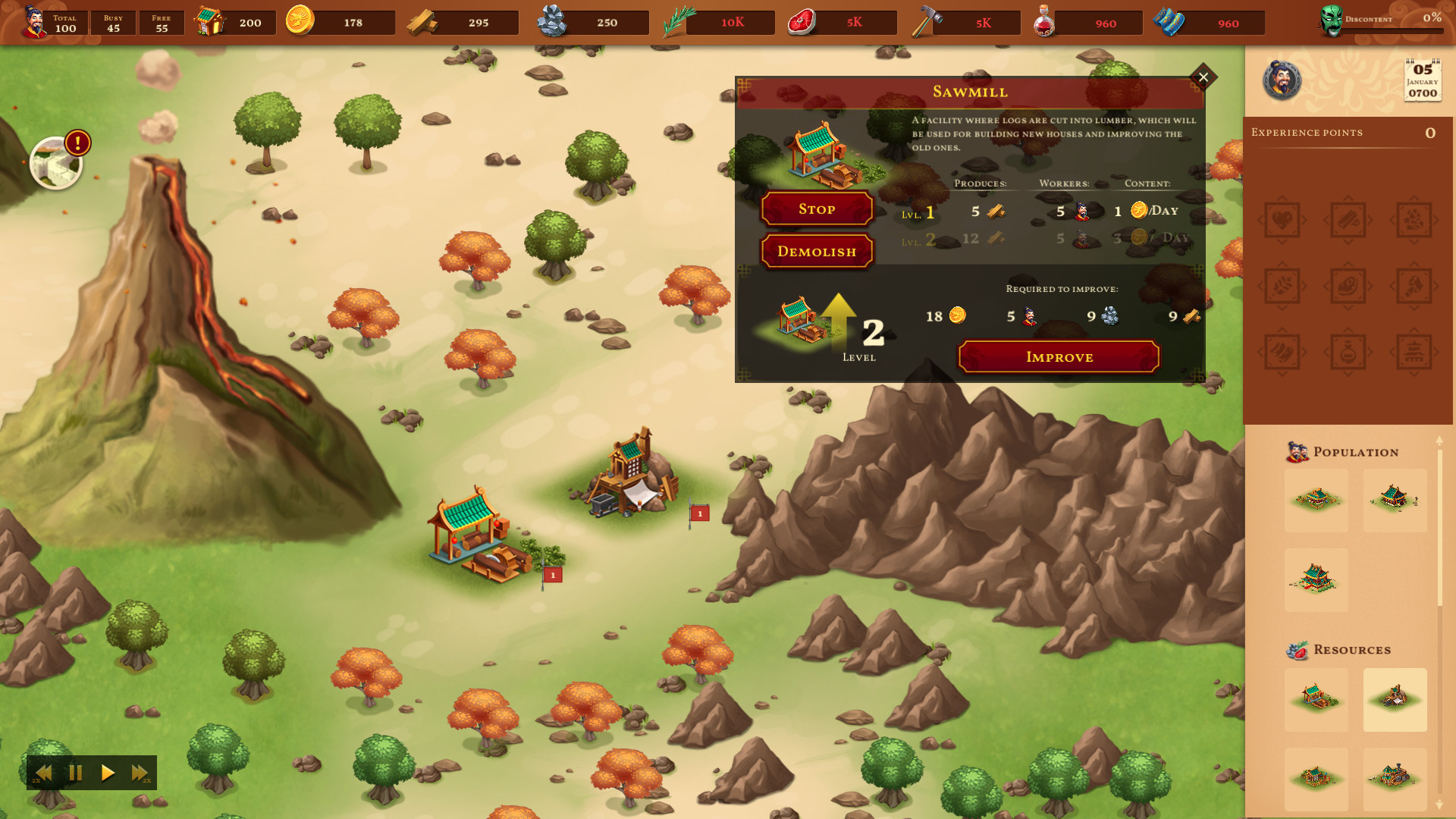 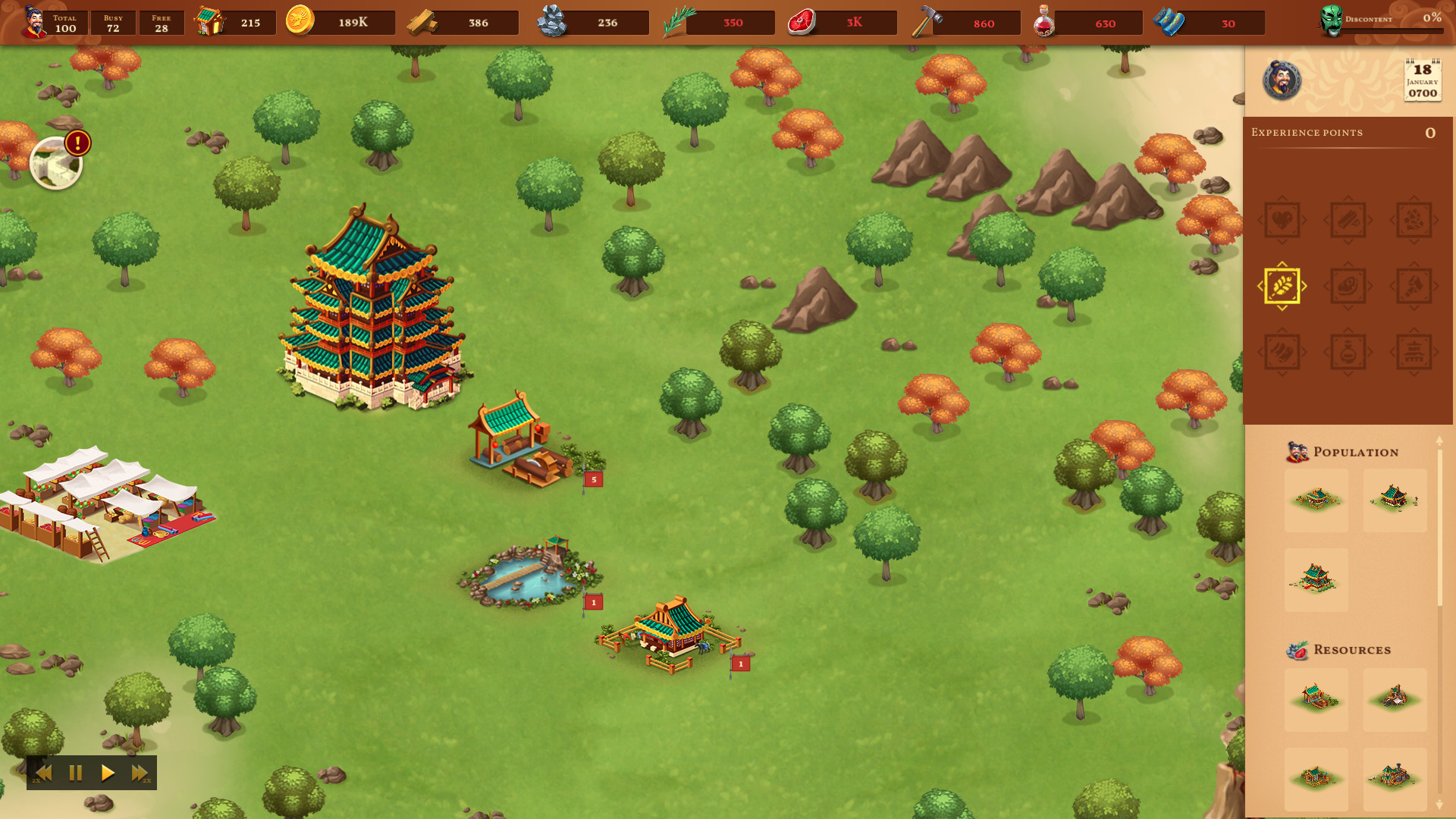 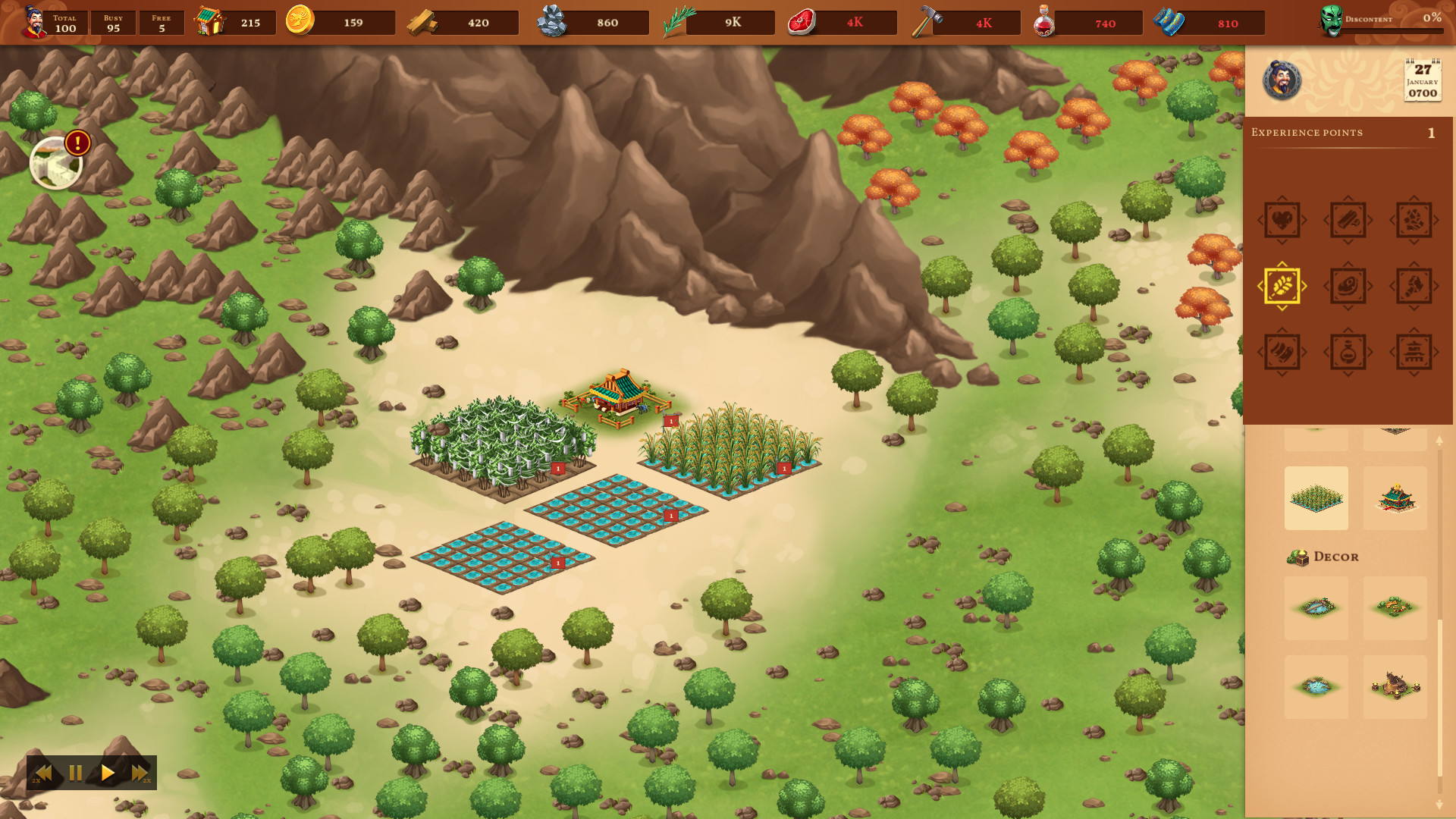 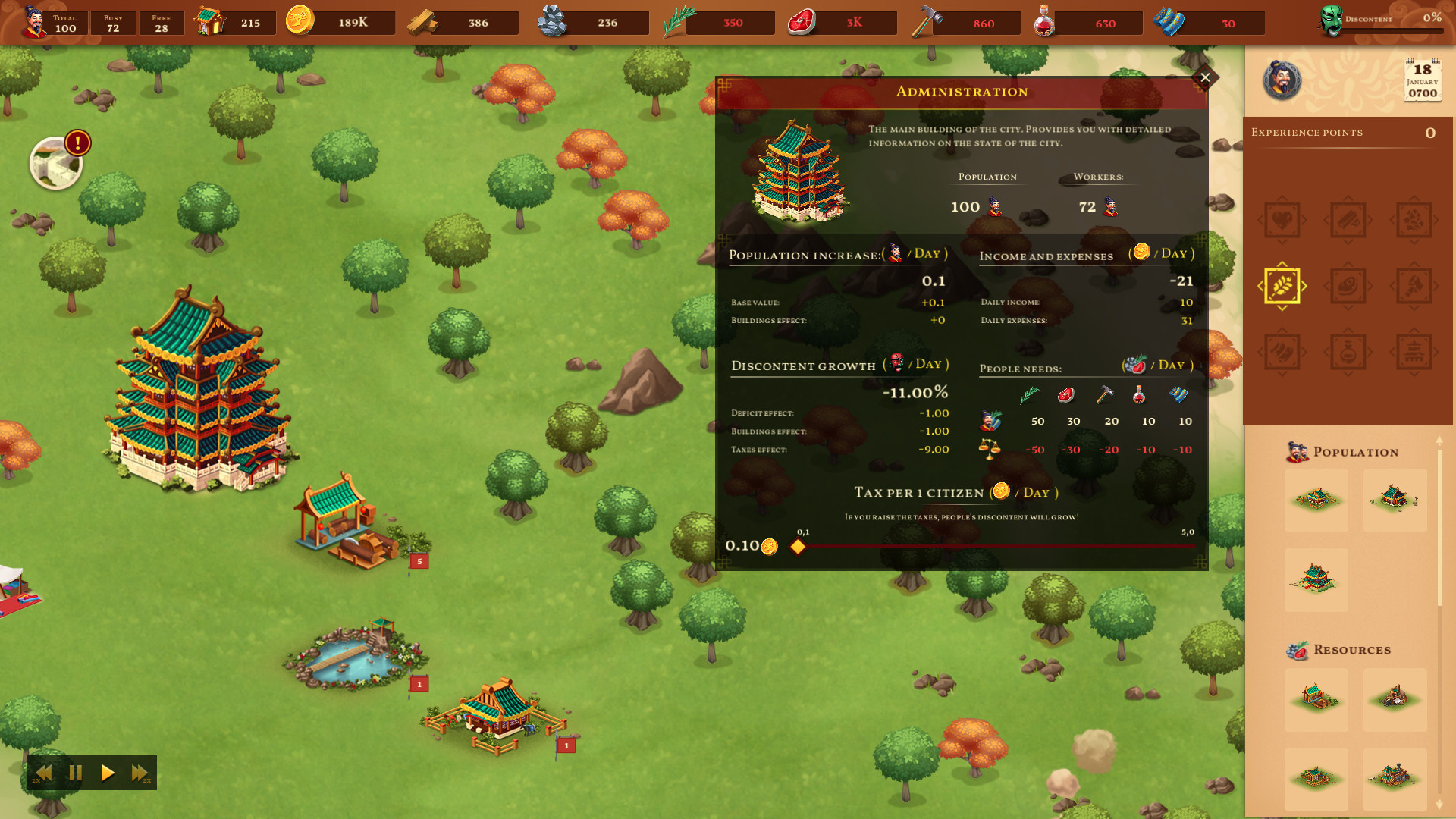 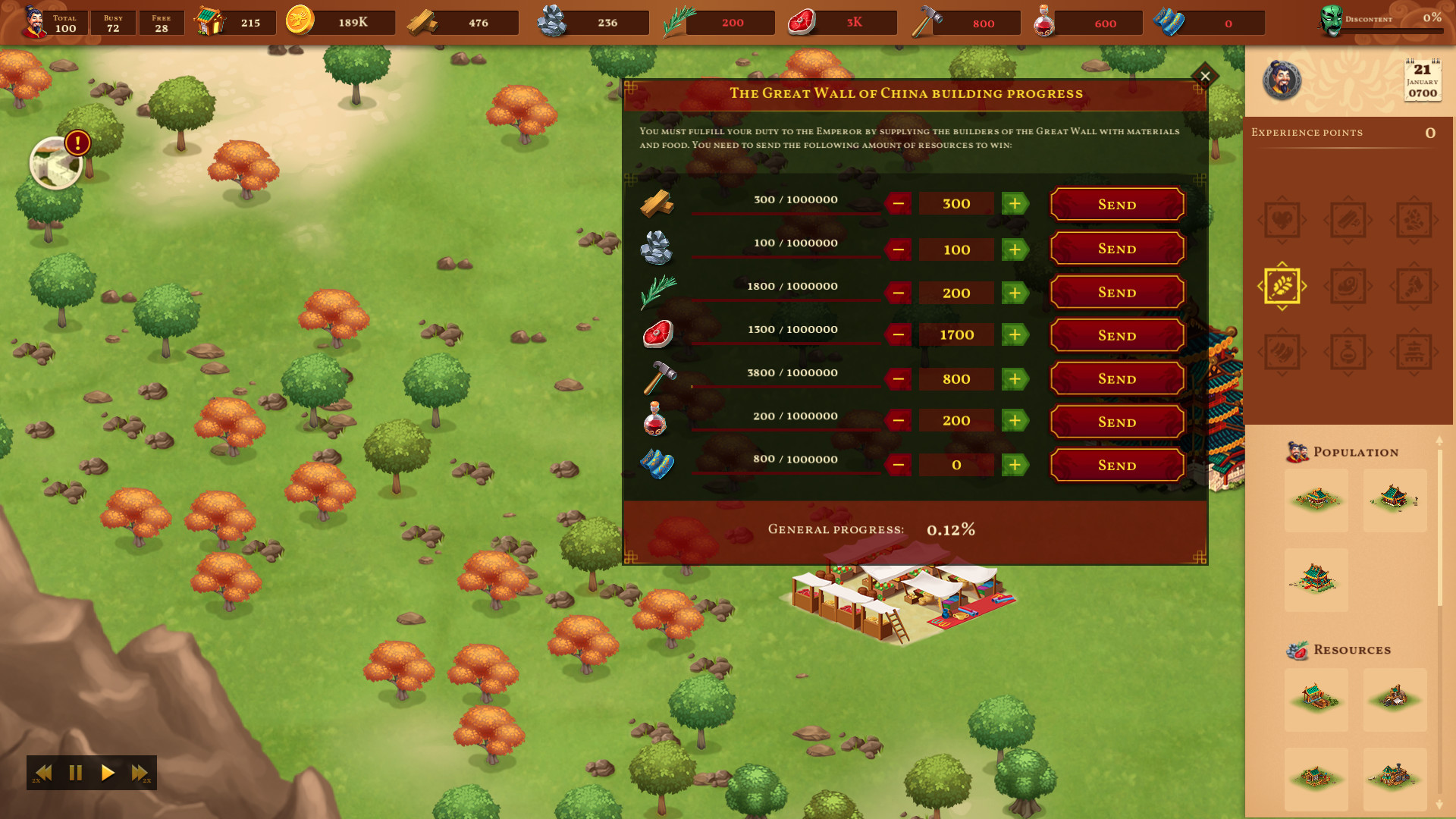 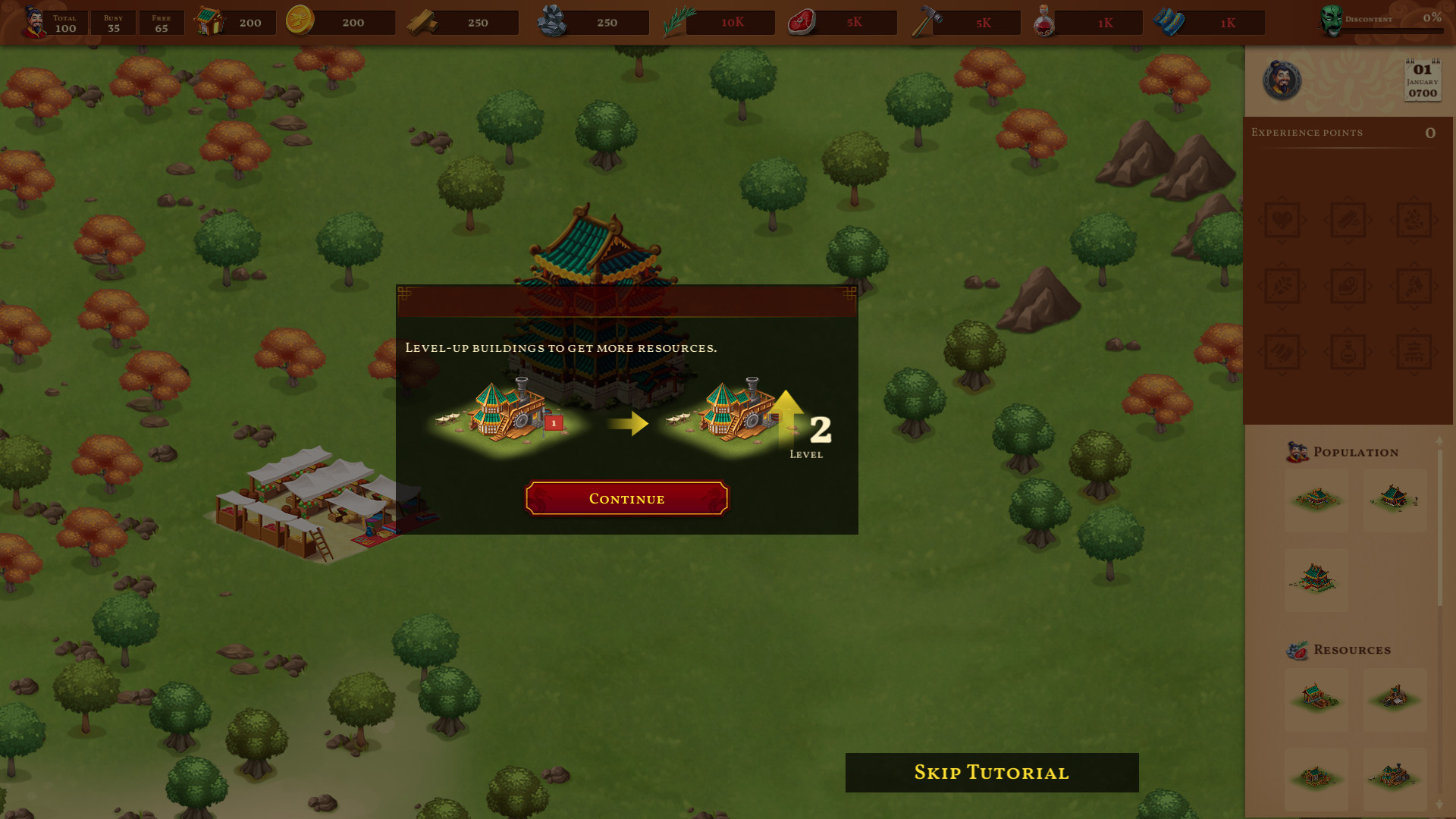 It's hard to be a governor, and to be one in the medieval China is even harder! You have not only to develop the city, but also to make sure that it follows its unique way – Dao of the city.

You were assigned to manage a small settlement on the border of the Heavenly Empire. The Emperor has great expectations of you, for you are a true Confucian and know the path of the settlement entrusted to you. His Majesty hopes that you will be able to turn this small village into a prosperous and powerful city, and it'll become a stronghold on the border.


However, life in the country is not always calm. It's important for a governor to be able to deal with emergencies and make wise decisions.

Go down in history as a wise and talented governor!