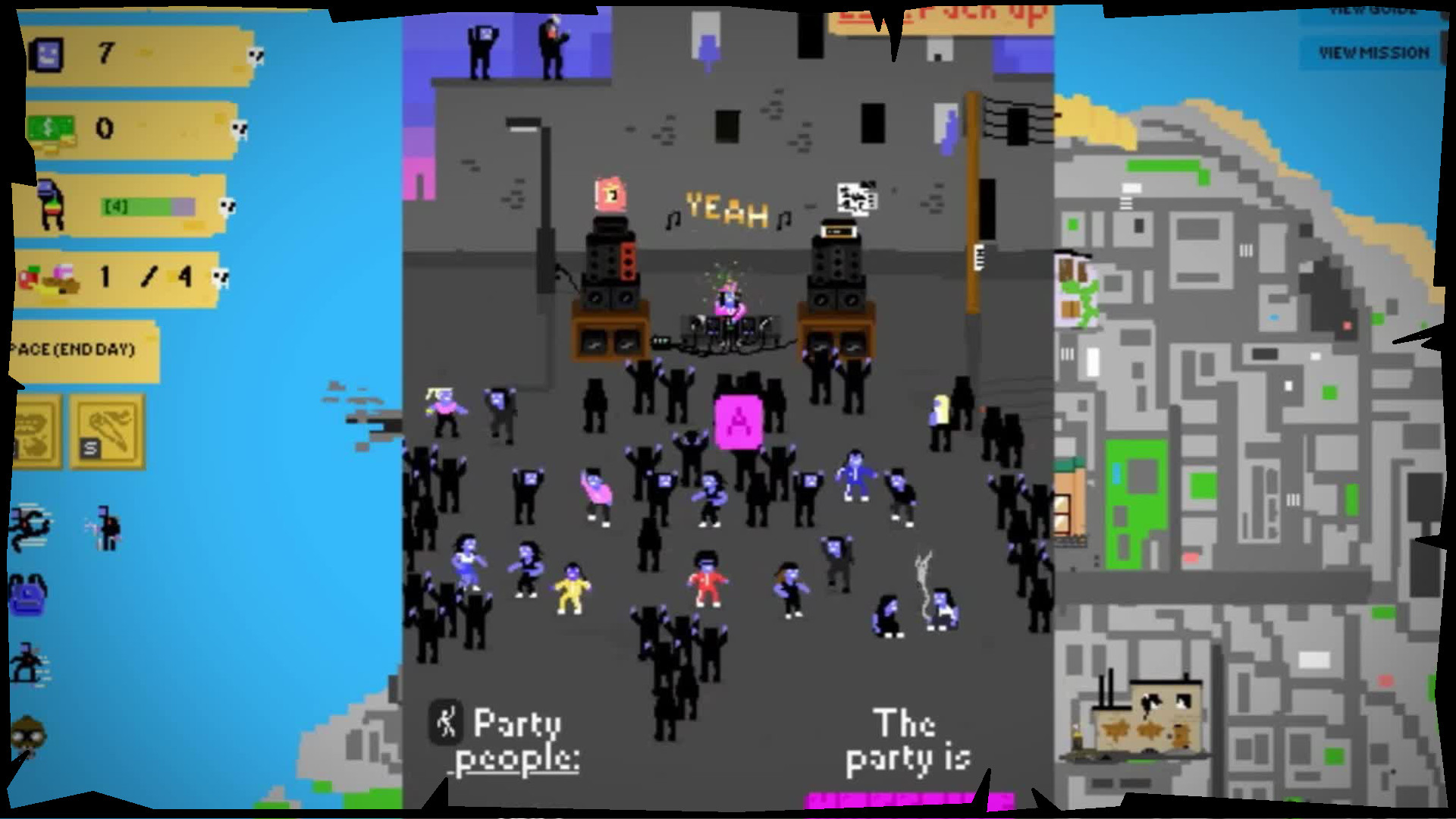 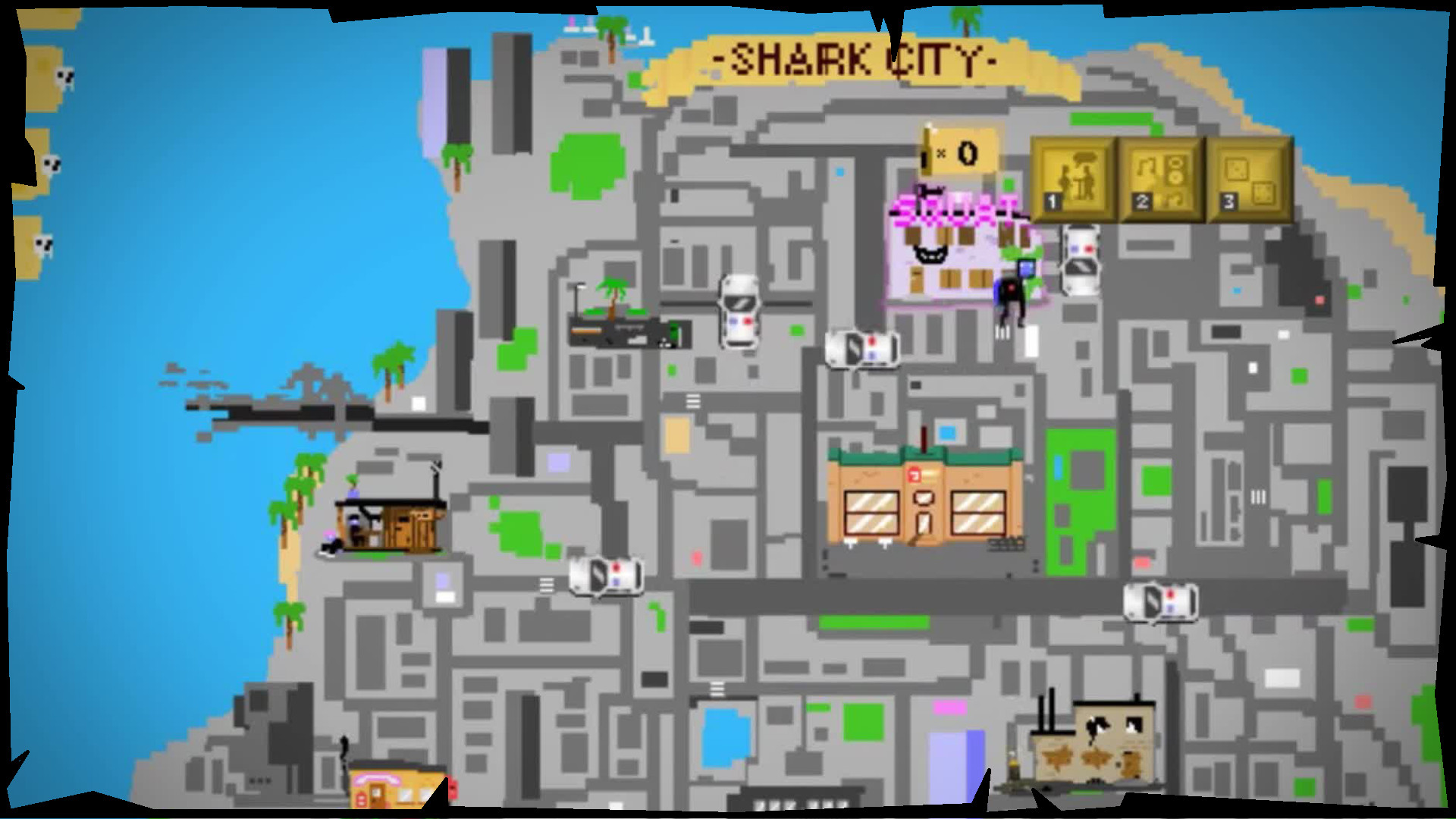 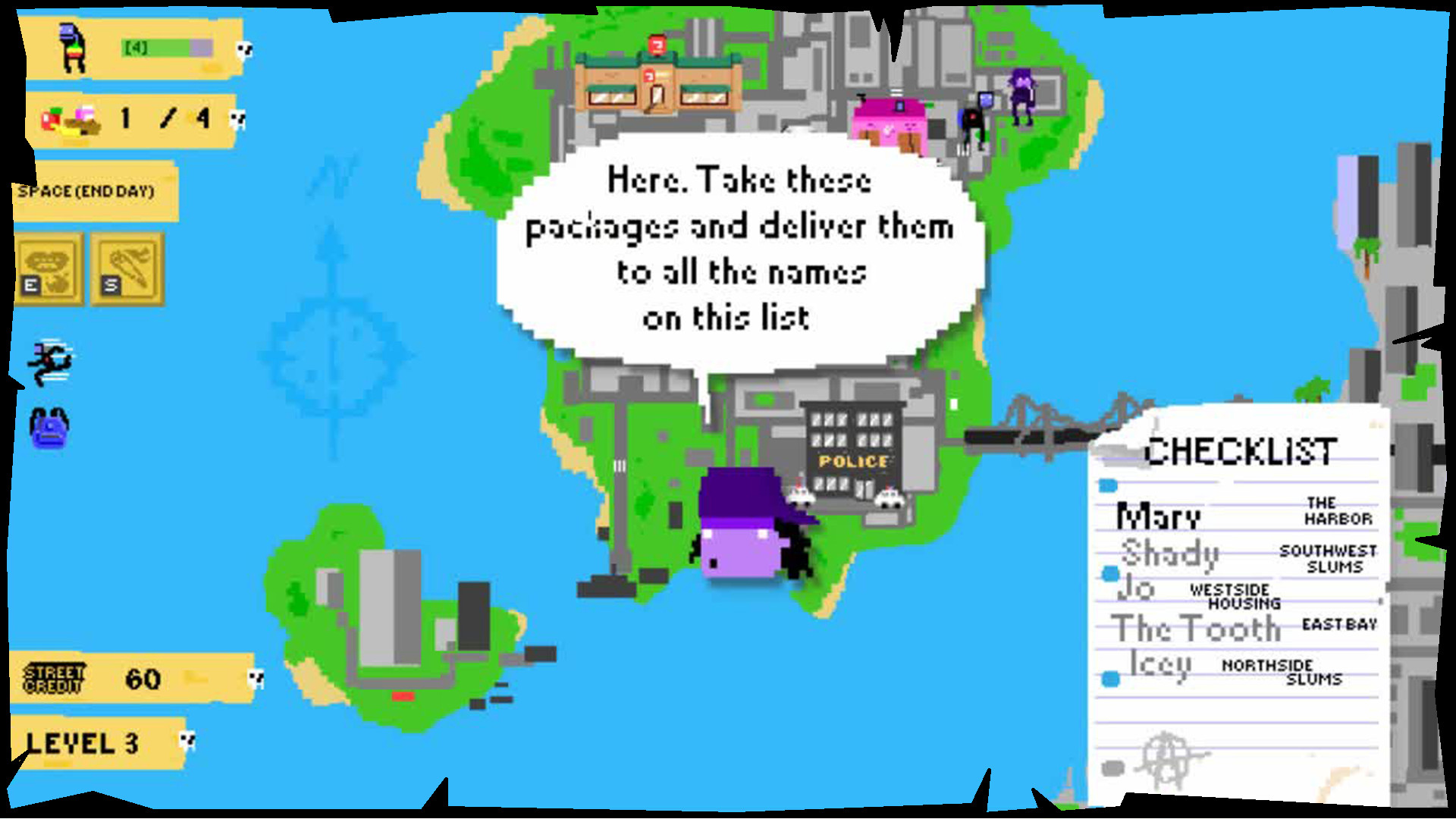 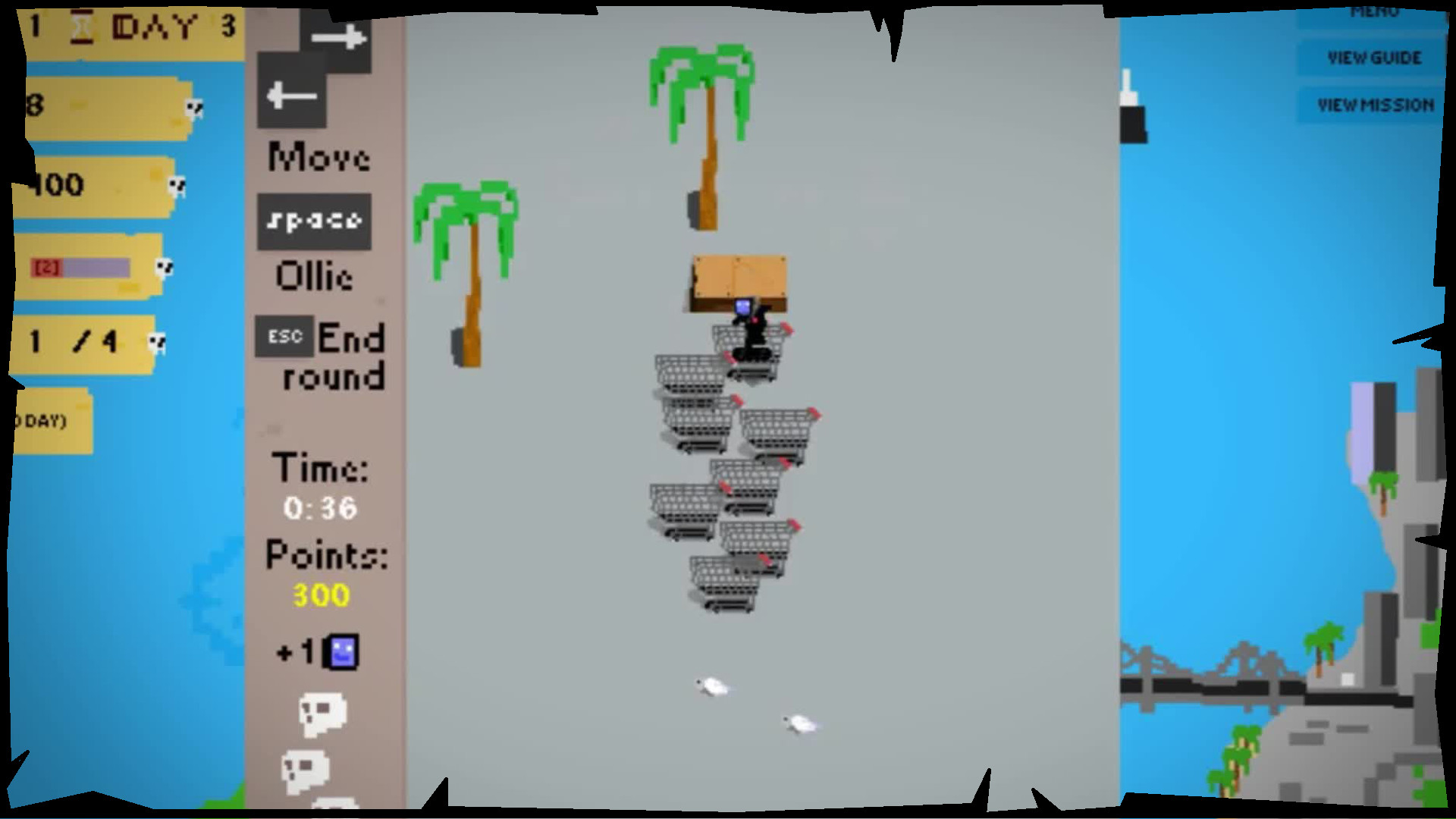 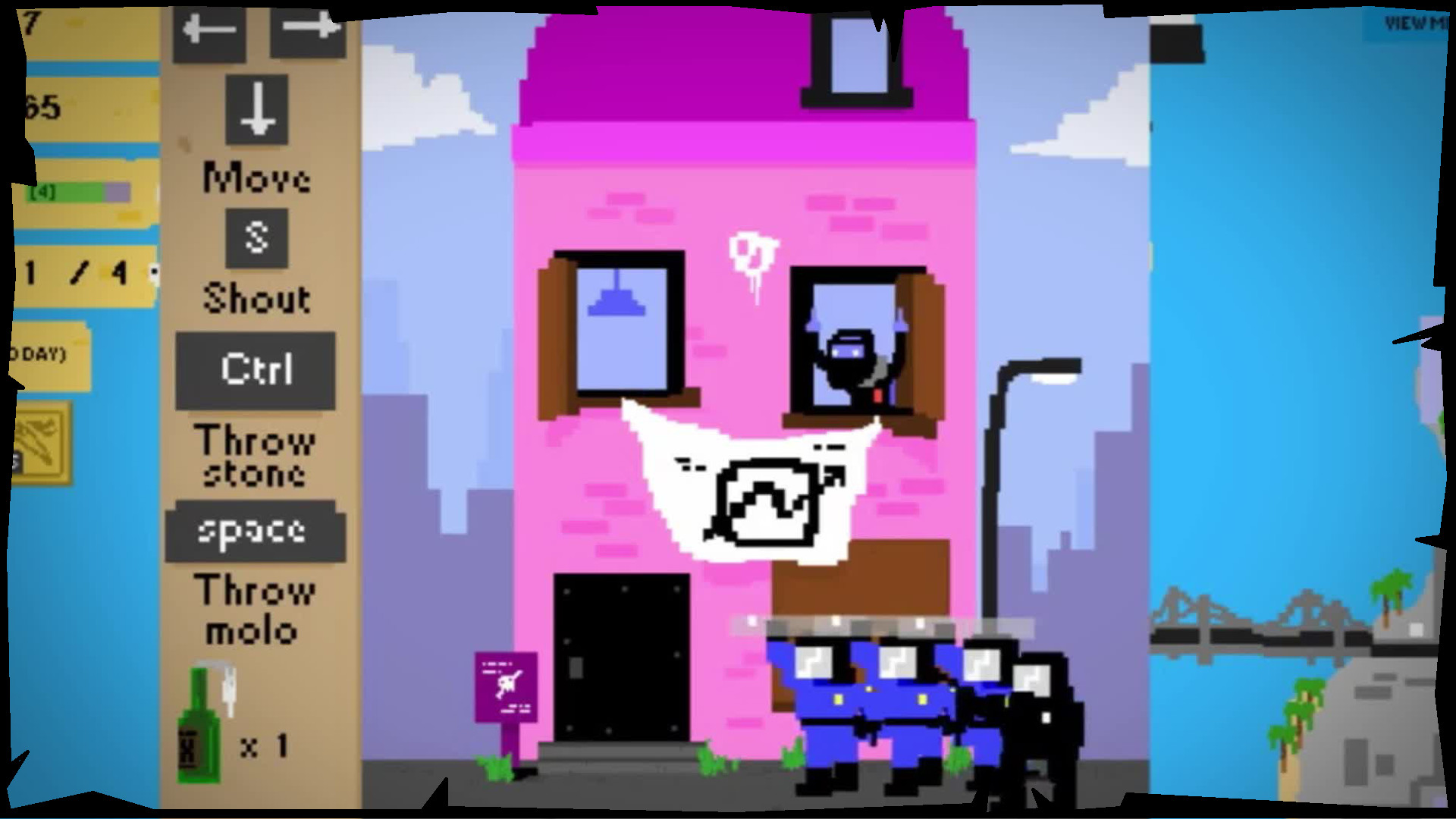 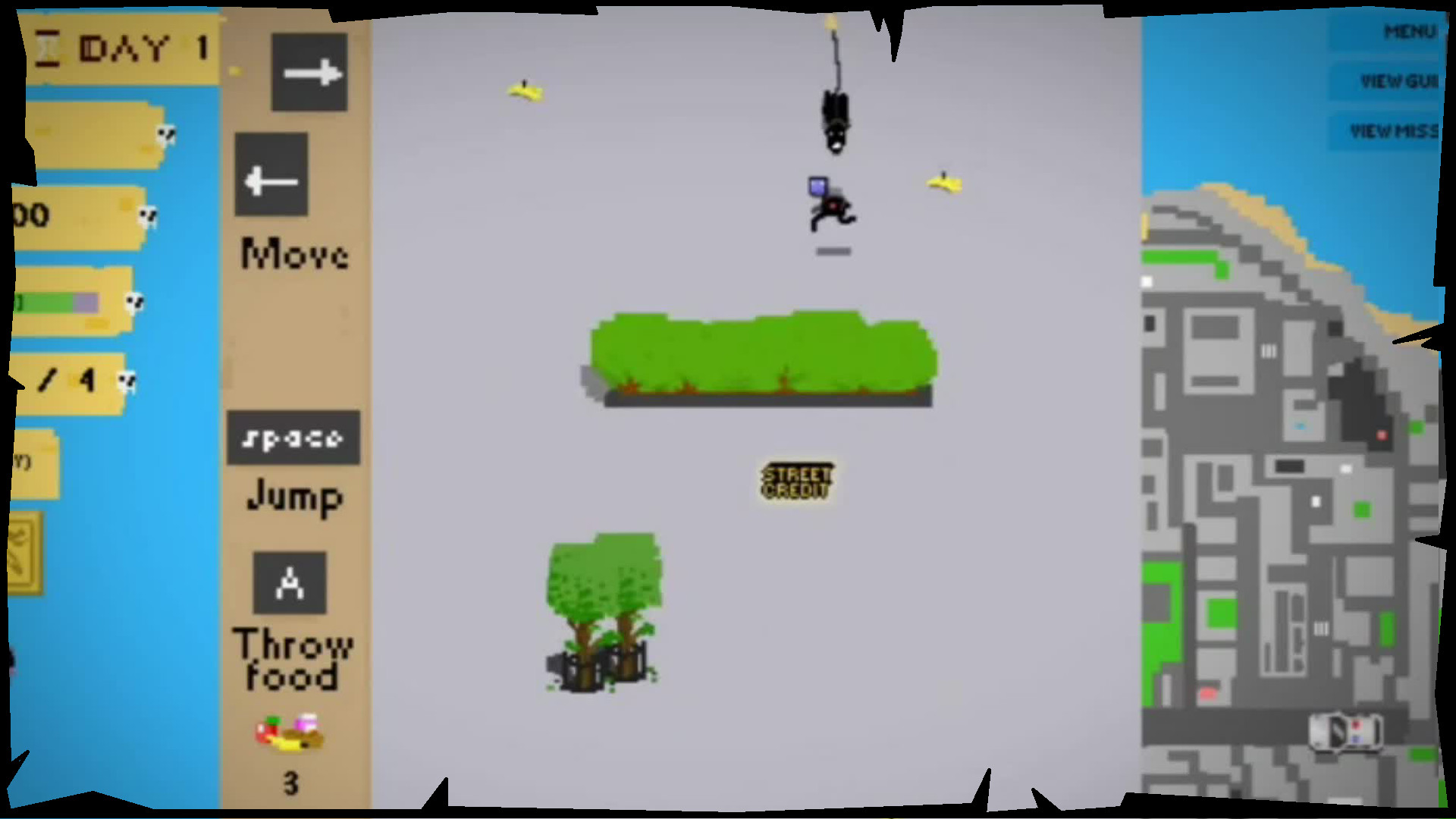 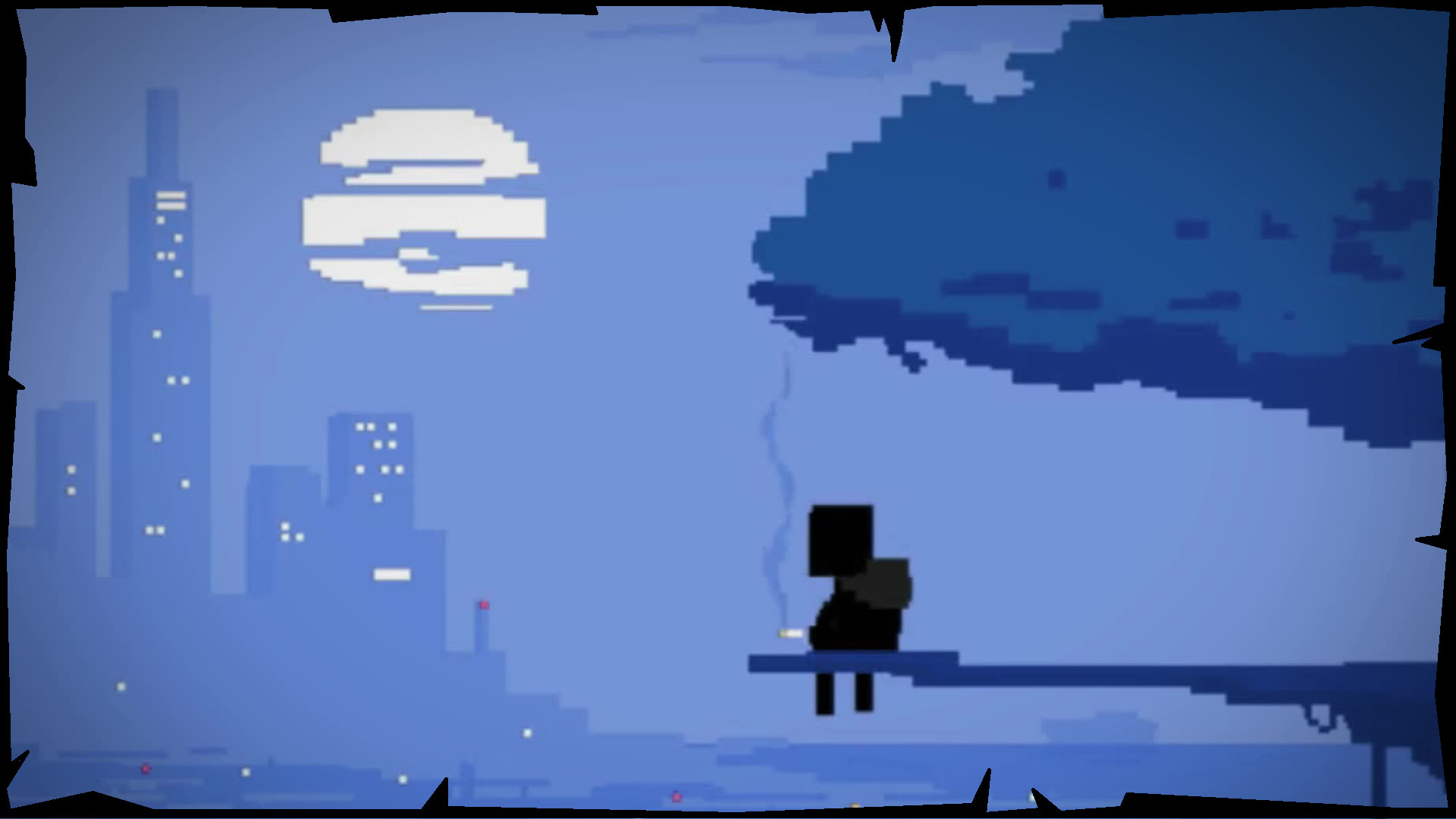 This is sheep Island. Home of conservatives, alcoholic politicians, serial killers, violent police and other citizens of the modern colonial civilization. From an early age you have longed to see the world, to become the master of your own life... To become an urban pirate. One day you quit your job. You set off to begin your new life in the western part of Sheep Island. All you have is 65 bucks, no job (with no intention of getting one) and a lust to live life dangerously...

You will roam the streets of Sheep Island, dodging police cars, eating shoplifted meals. You will travel to Shark City and challenge the established order with your streetwise charm and destructible lifestyle.

Unveil upgrades, skills, and many pieces of pirate equipment in order to match the increasing level of repression as you grow more free and fierce!

"Urban Pirate lets players give in to their inner delinquent, having them shoplift, spraypaint, skateboard, and squat in abandoned buildings"

Sound by B. Magic Samples