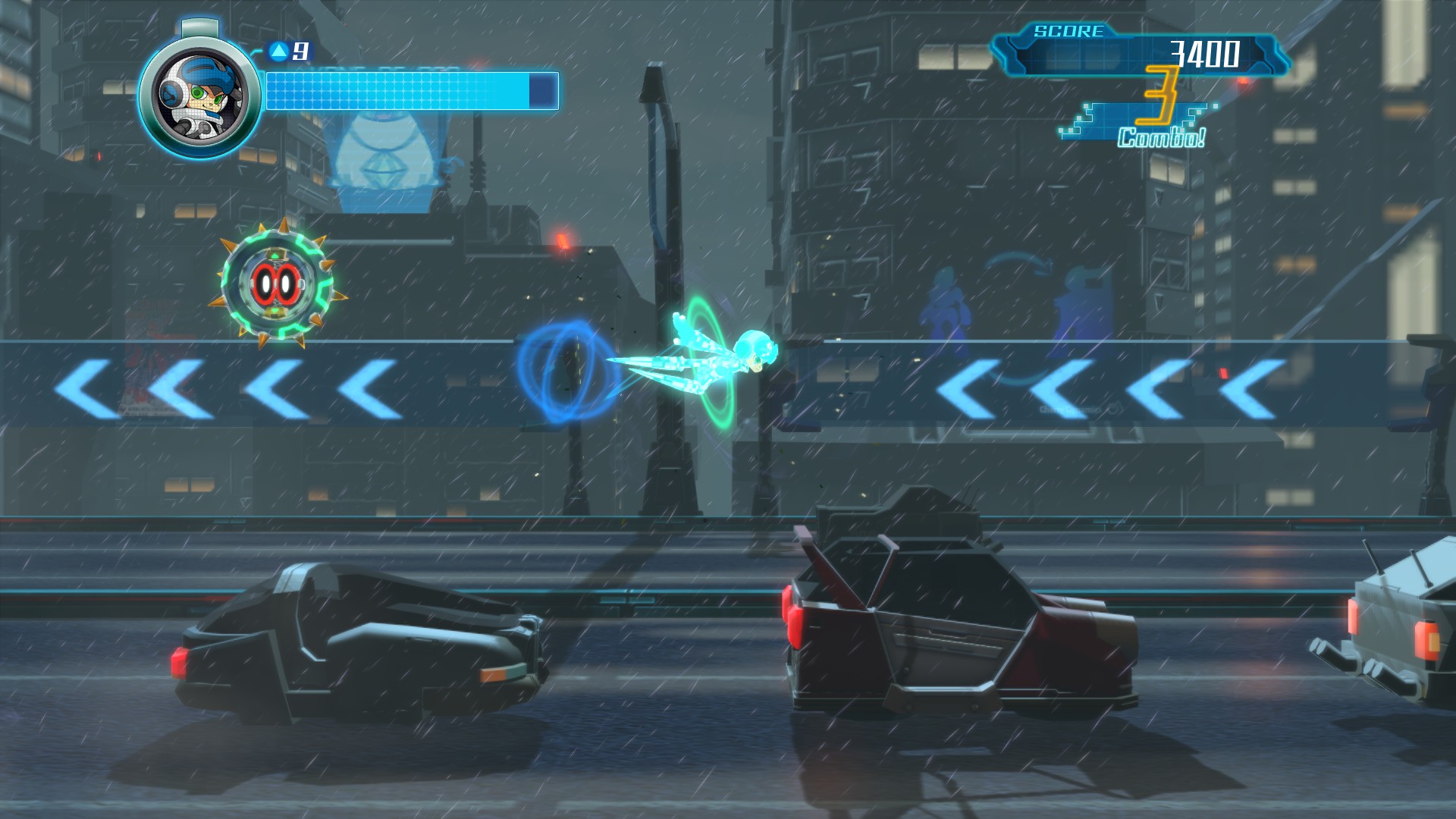 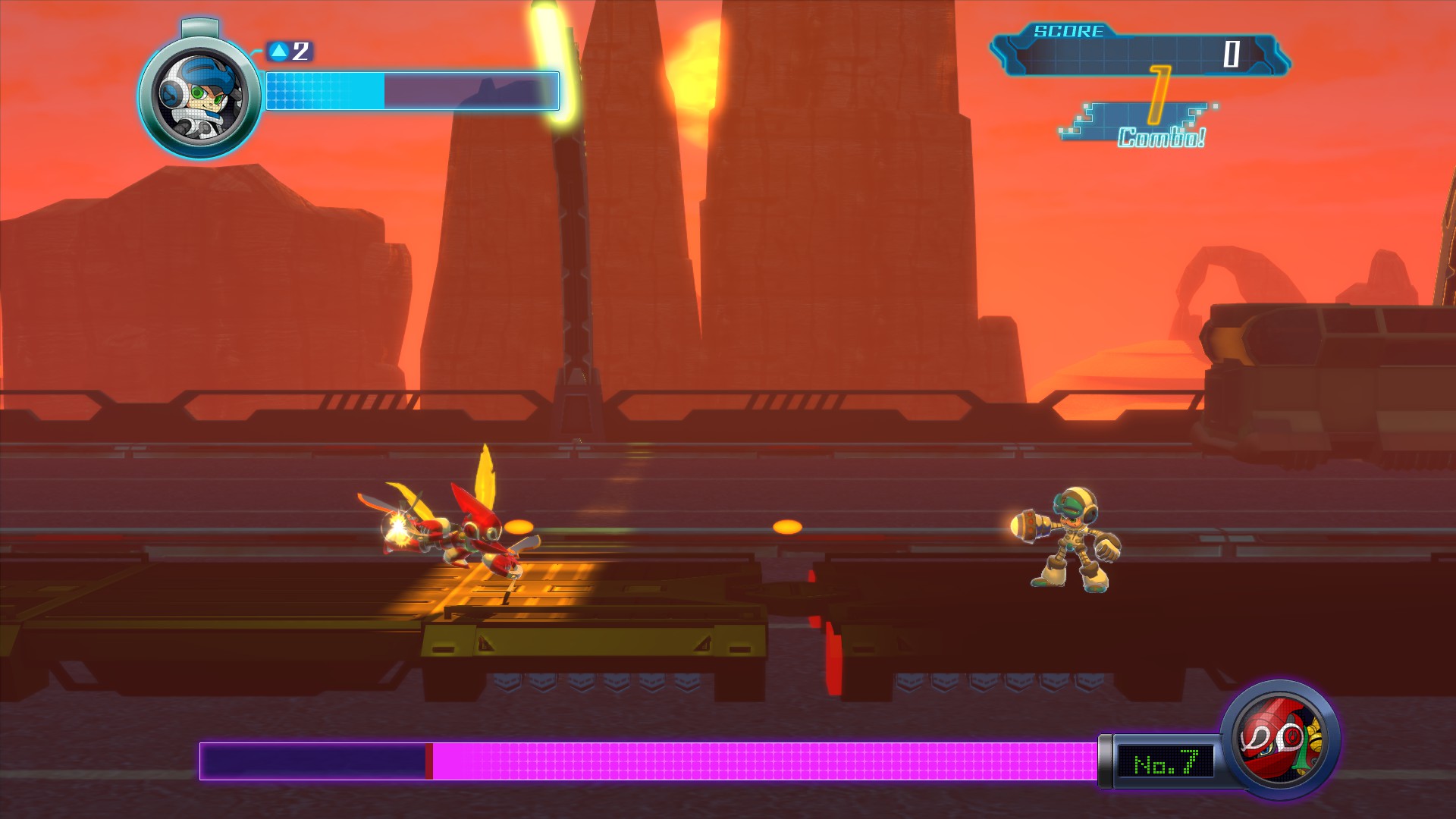 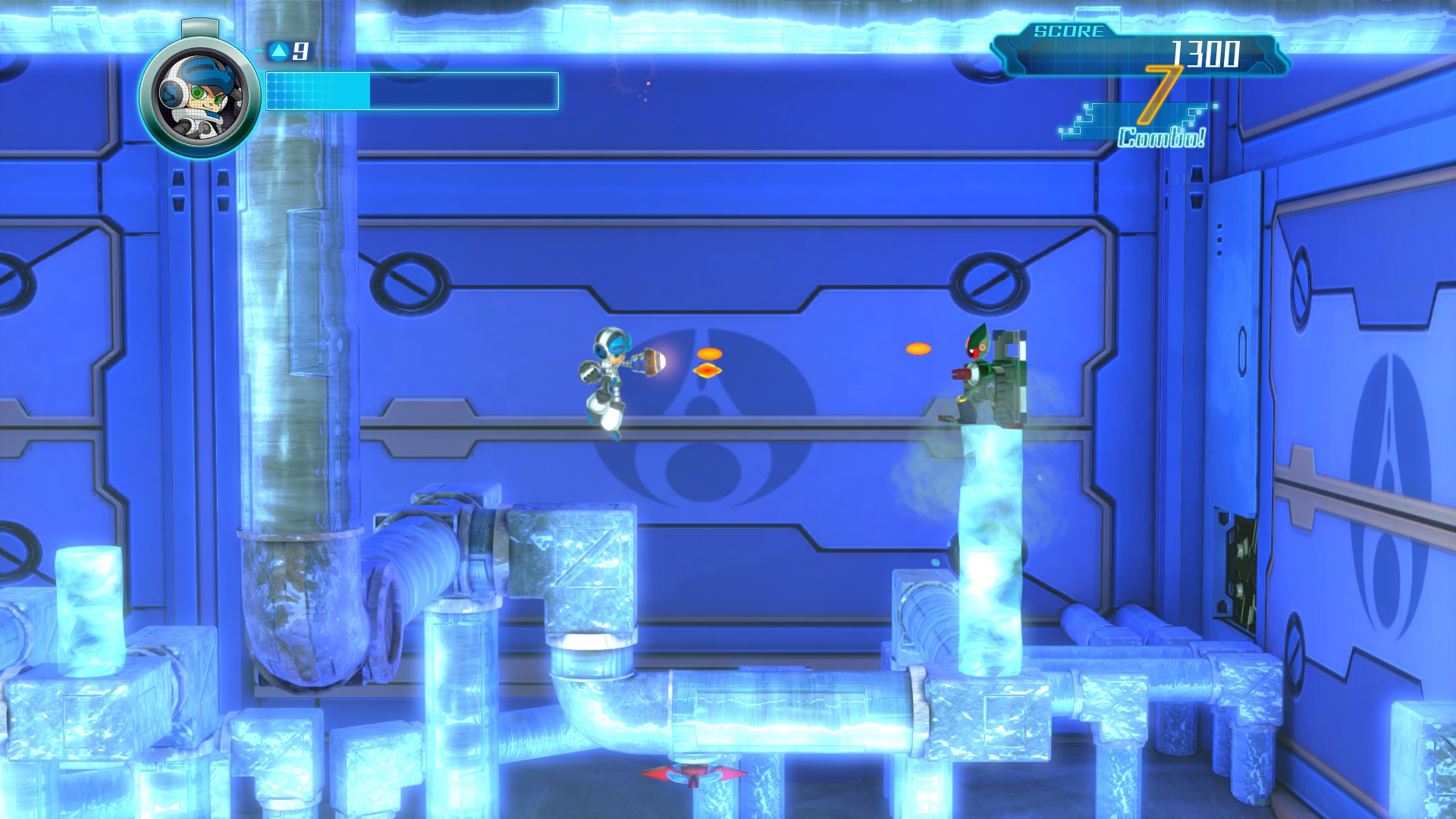 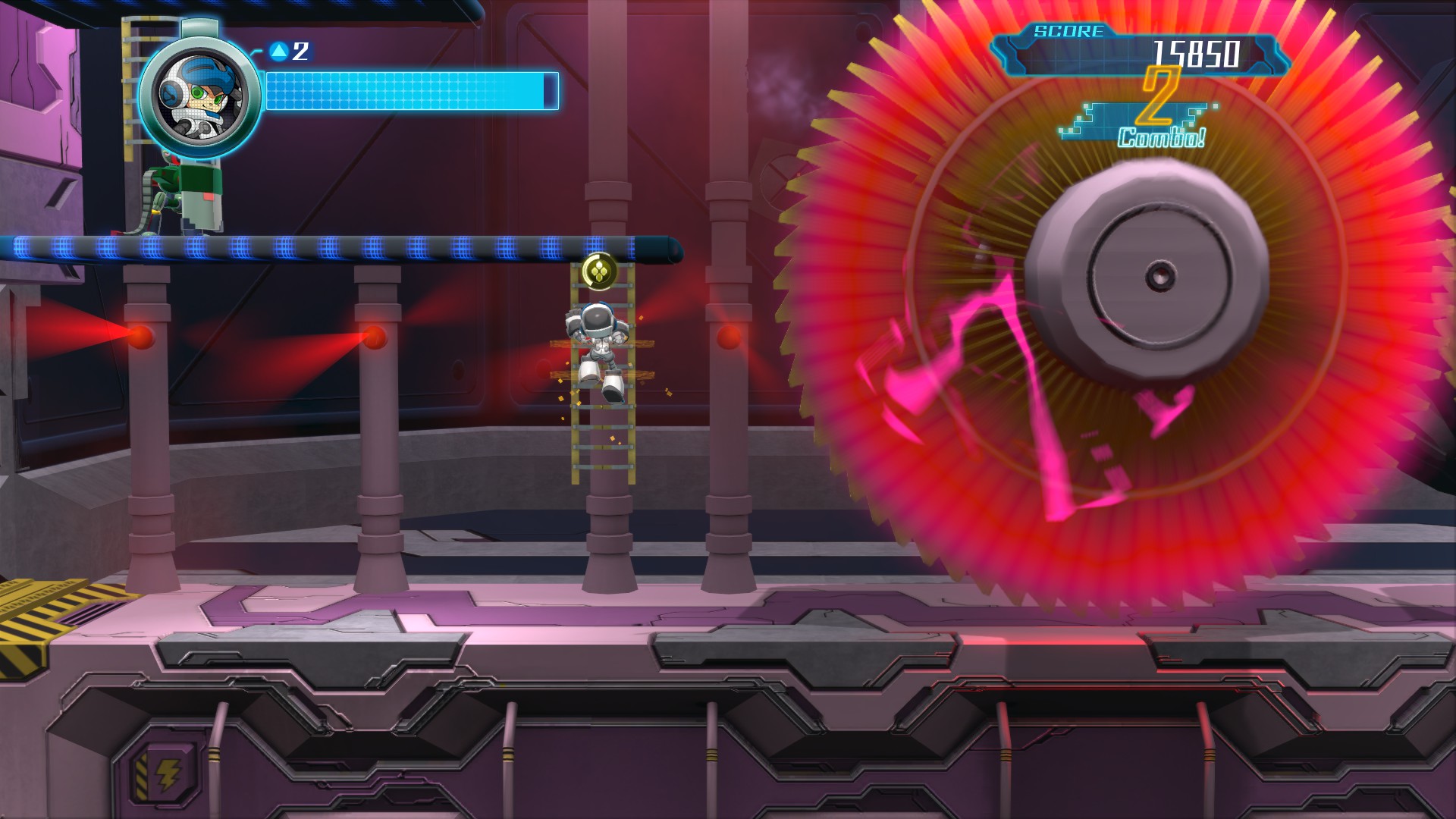 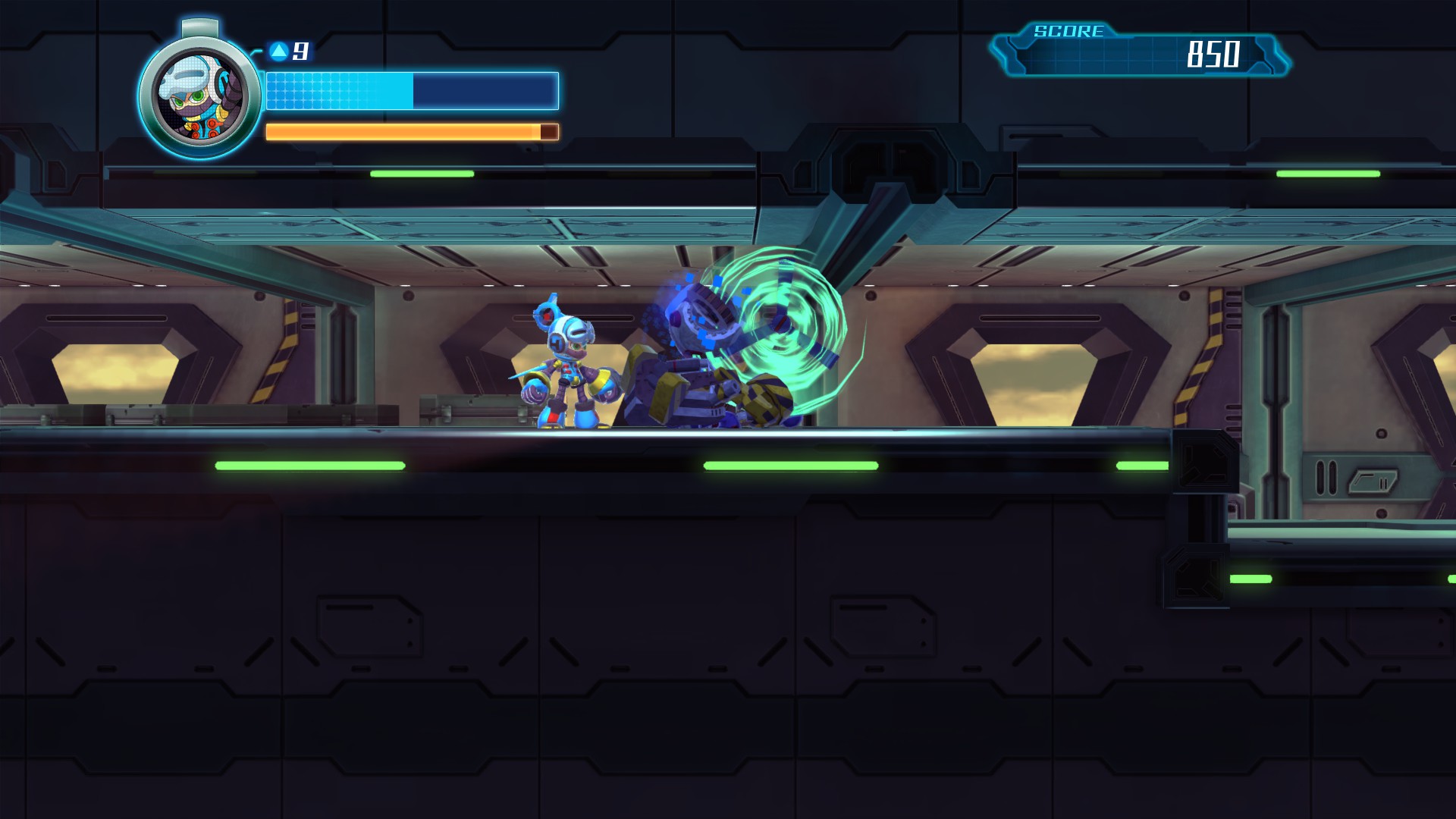 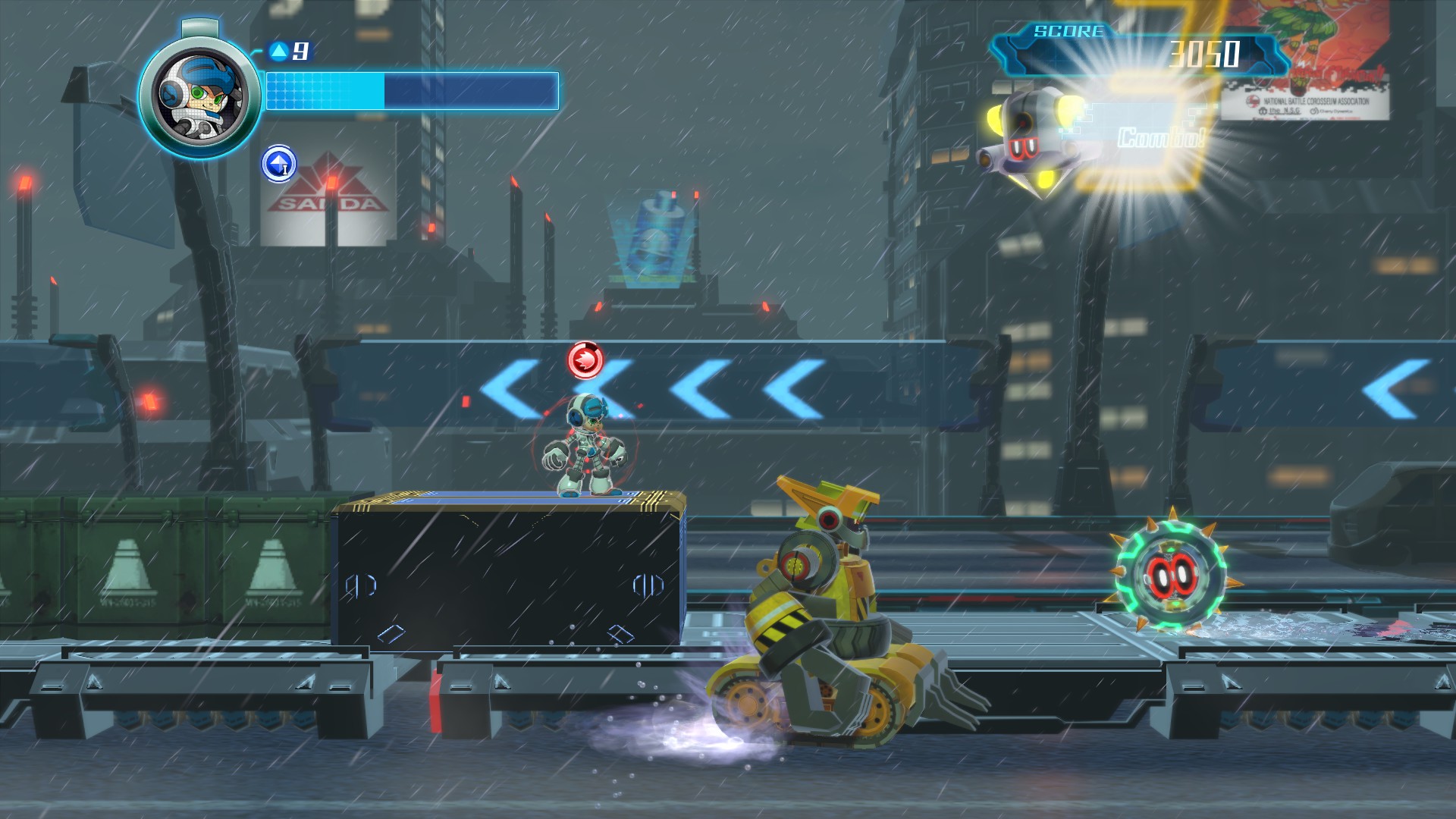 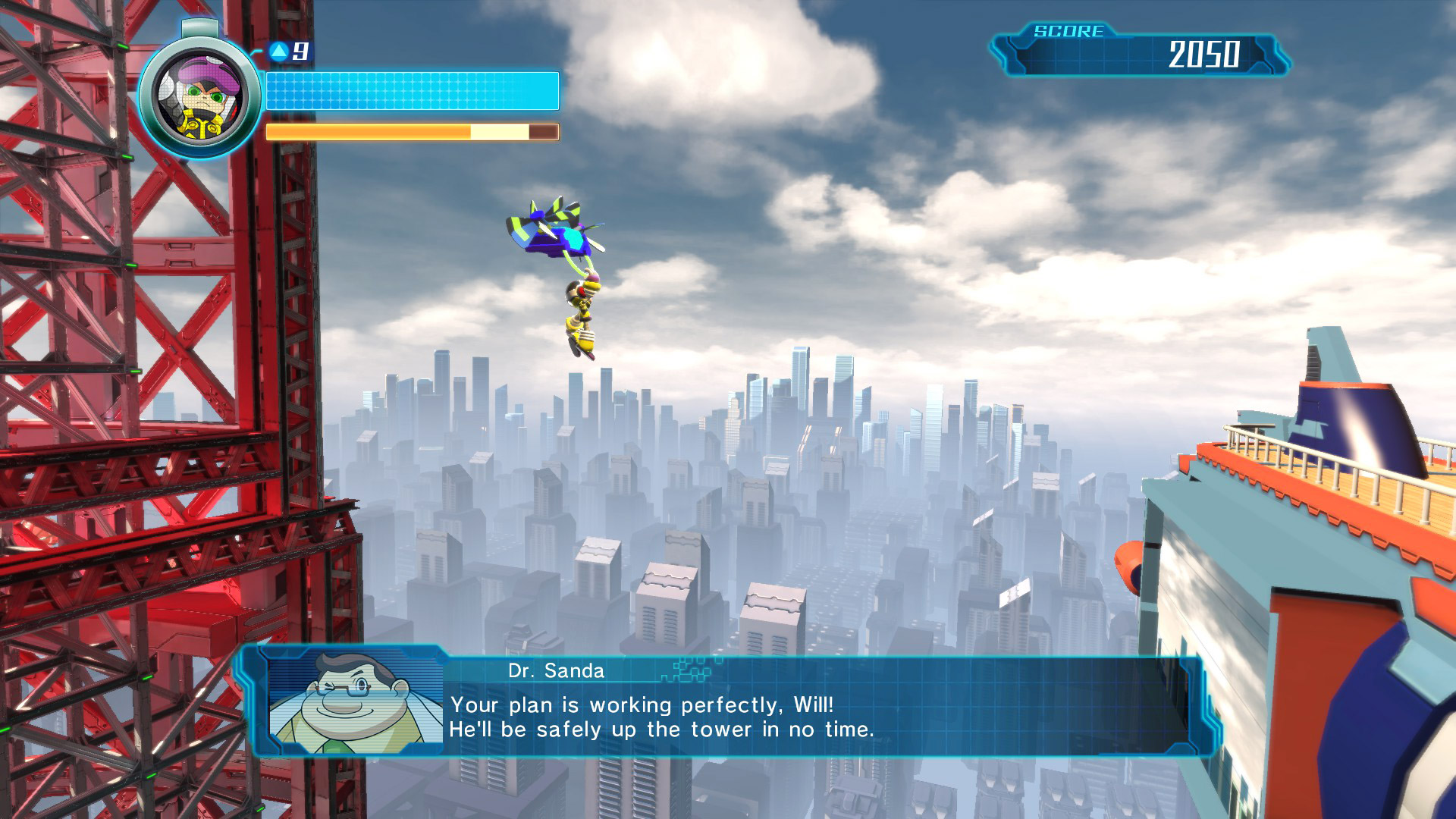 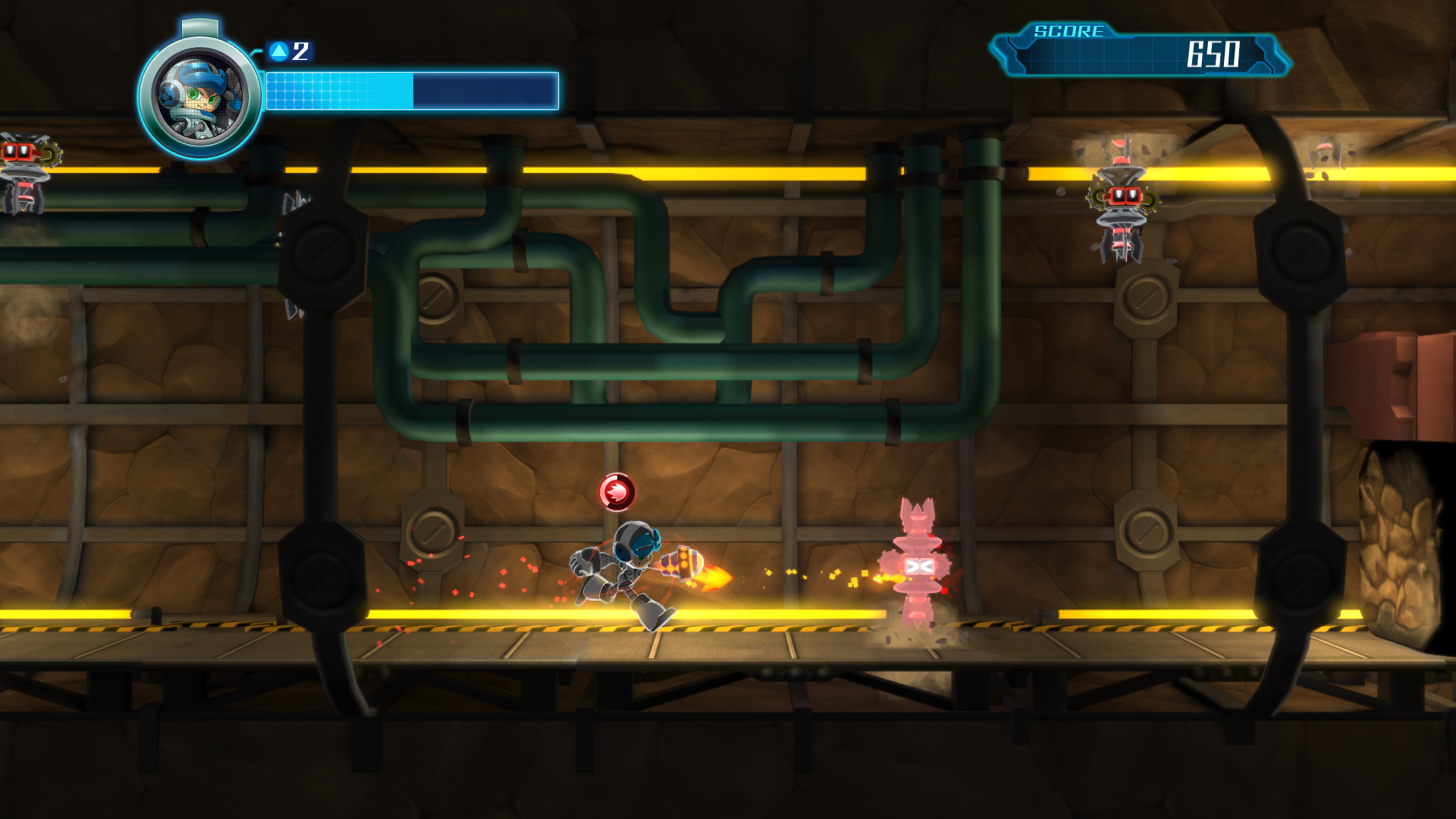 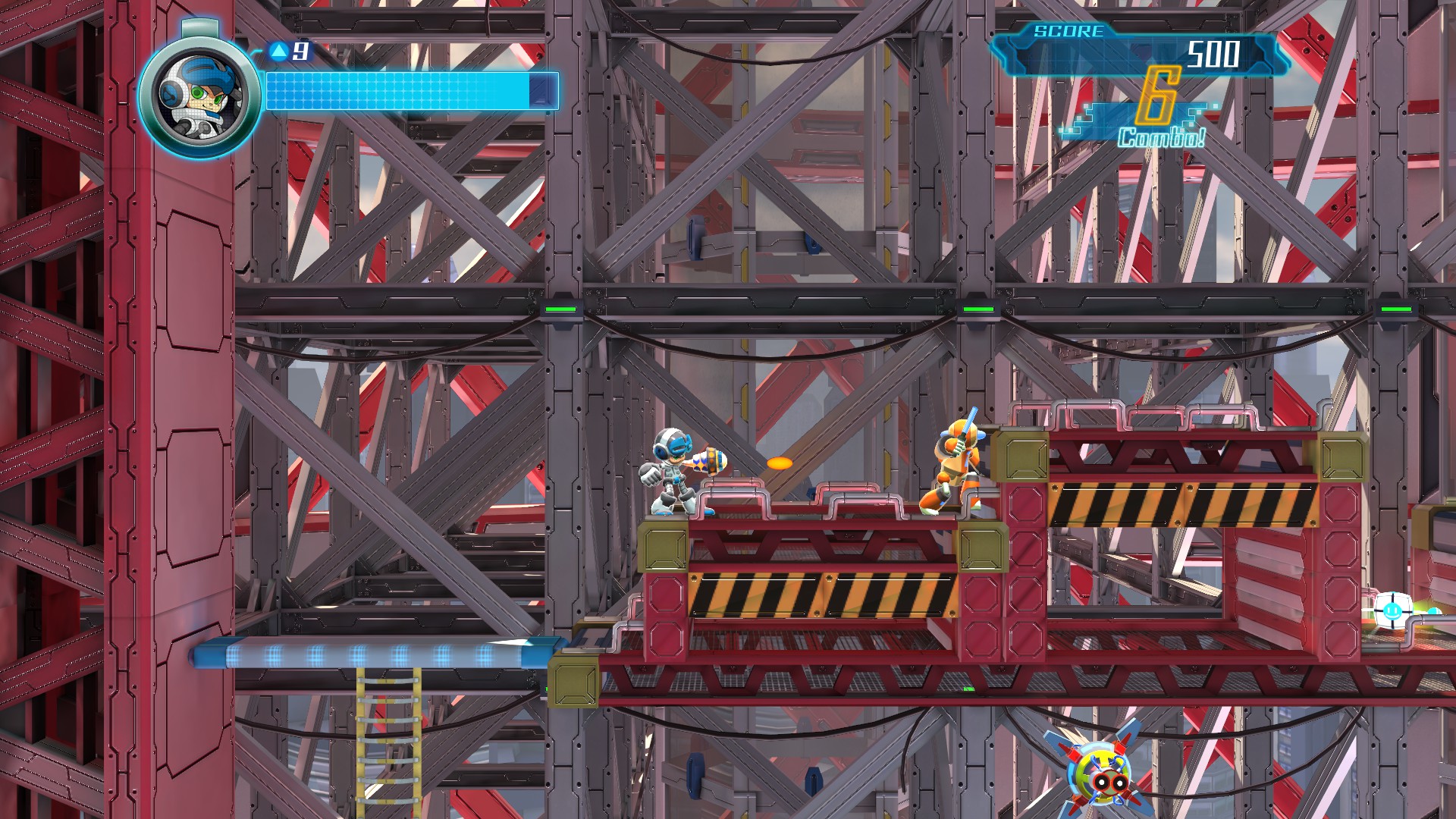 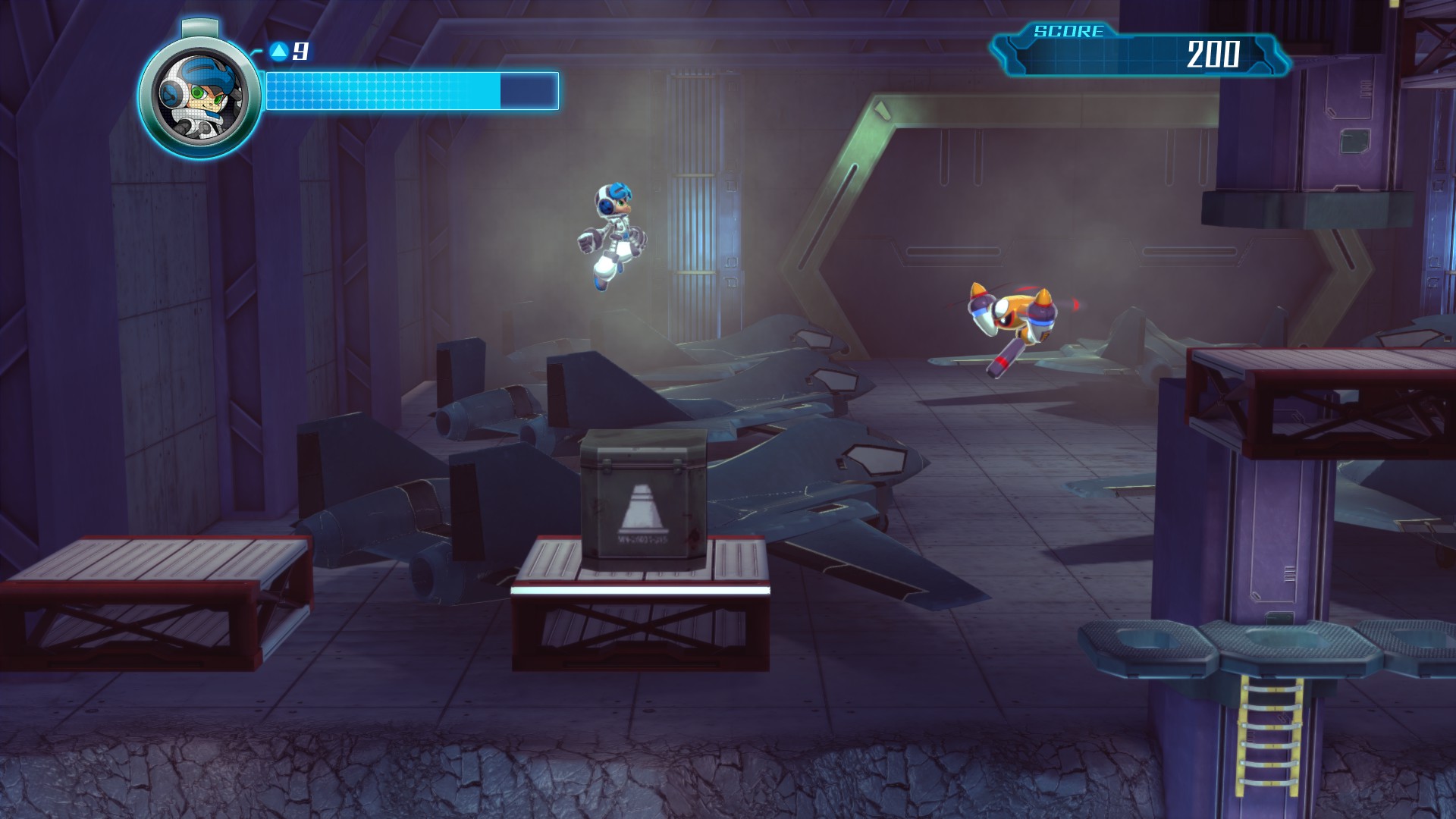 Mighty No. 9 is a Japanese 2D Side-scrolling Action game that takes the best elements from 8 and 16-bit classics that you know and love and transforms them with modern tech, fresh mechanics, and fan input into something fresh and amazing!

You play as Beck, the 9th in a line of powerful robots, and the only one not infected by a mysterious computer virus that has caused mechanized creatures the world over to go berserk. Run, jump, blast, and transform your way through twelve stages using weapons and abilities stolen from your enemies to take down your fellow Mighty Number robots and confront the final evil that threatens the planet!

Every aspect of Mighty No. 9’s development—art, level design, music, programming, etc.—is being handled by veteran Japanese game creators with extensive experience in the genre, all the way up to and including the project’s leader, Keiji Inafune himself!

Classic 2D Action: Transformed! Face off against your 8 Mighty brethren and unlock new transformations as you defeat them, granting you completely different skills and abilities!

12 Challenging Stages in a single player campaign that will put both your thumbs and action platforming abilities to the test!

Unlock the New Game+ to add an additional

two extra difficulty levels for those who want an even Mightier challenge.

Boss Rush Mode: Play through each of the game‘s bosses, back to back, with a clock ticking to keep track of your best time, so you can share, compare, and show off your skills to your friends and frienemies alike!

Show the world how Mighty you are in the

2 Player Online Race Battle where you compete online, racing through each stage together in a head to head battle - adding an all new twist on versus mode play that will give Mighty No. 9 life well beyond the single-player campaign!

2 Player Online Co-Op Challenge Mode: take on over a dozen missions online with a friend, playing as Beck and his partner, Call! Use Beck and Call’s different powers together in order to defeat these special challenges!

Leaderboards & Rankings: Use Beck's Absorption Dash skill in tandem with his abilities & transformations to chain together combos and perfect your run-throughs to earn those glorious high scores and elusive S-Ranks!

Toggle between regular and 8-bit music: this game is a veritable who’s who of veteran game composers - Manami Matsumae, Takeshi Tateishi, Ippo Yamada, so we thought, why not tap into that retro vibe? As such, Mighty No. 9 features an optional chiptune version of the entire game soundtrack which you can toggle on and off!