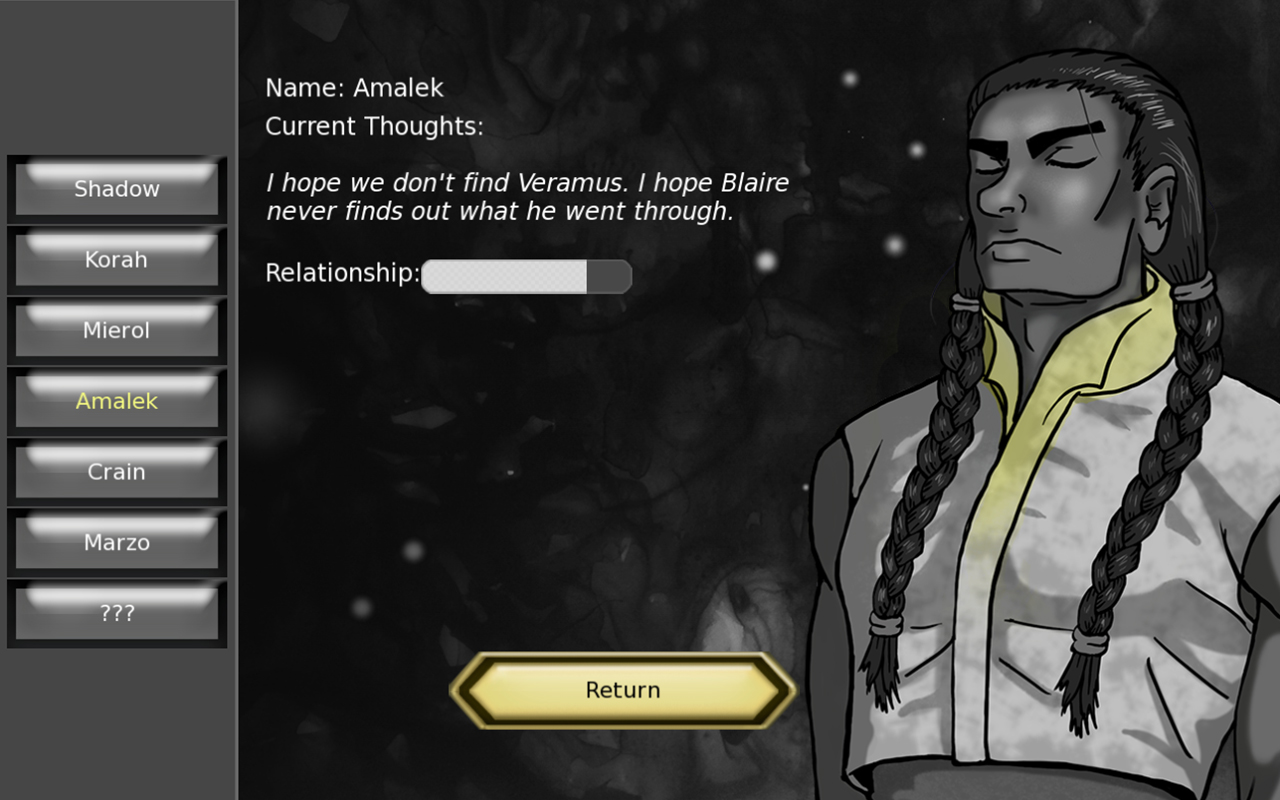 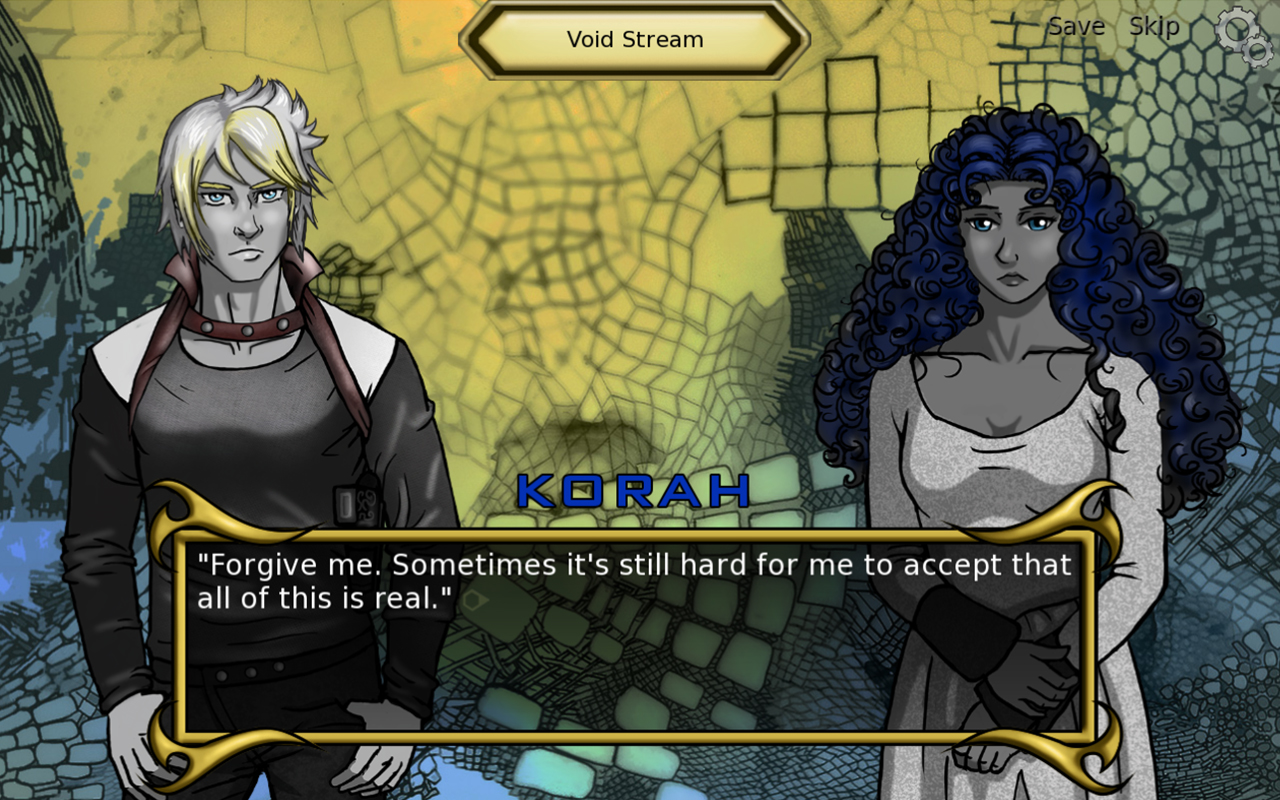 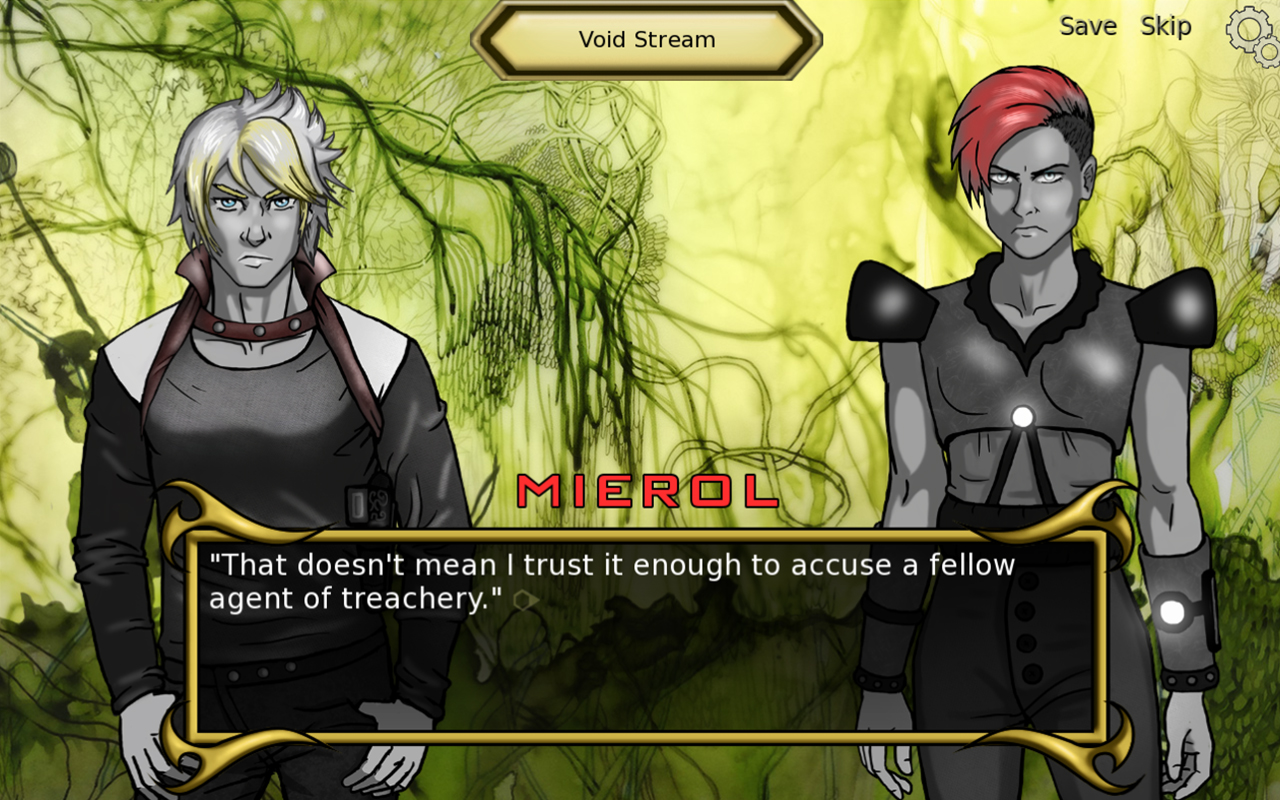 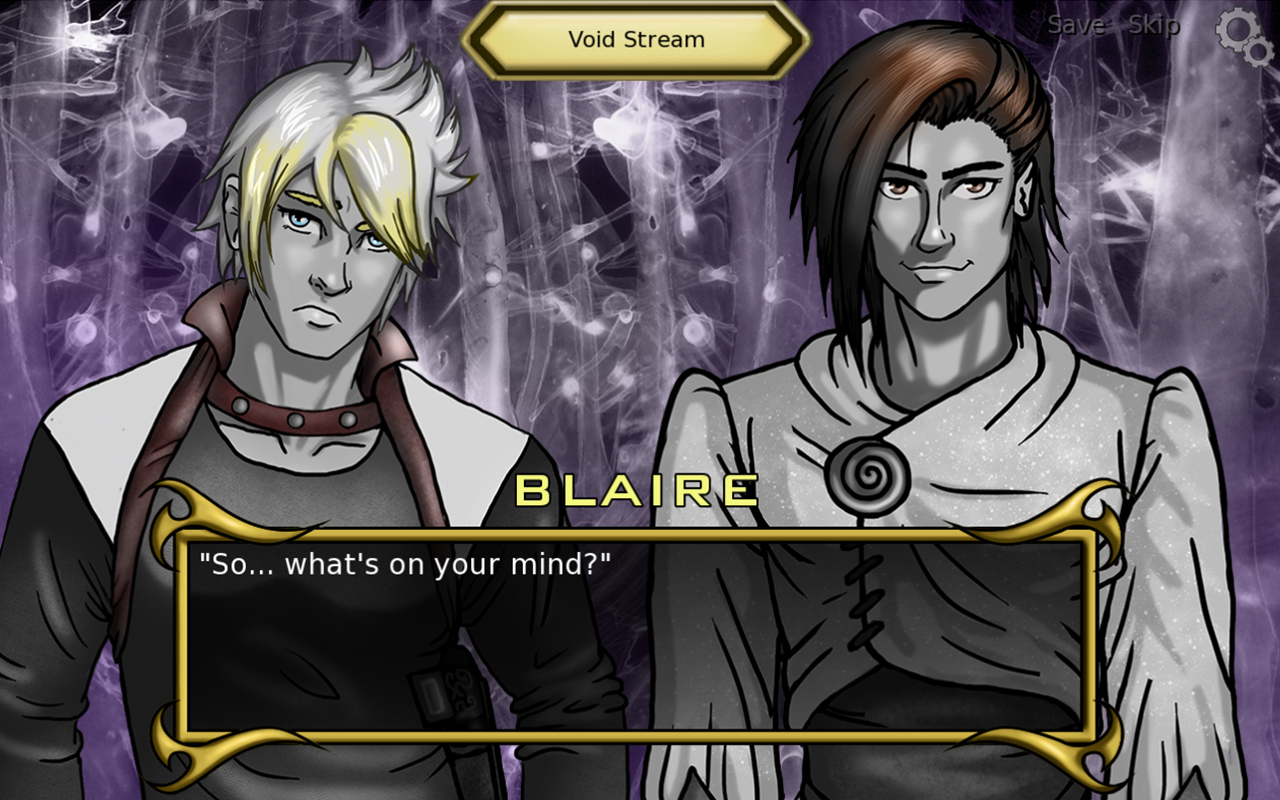 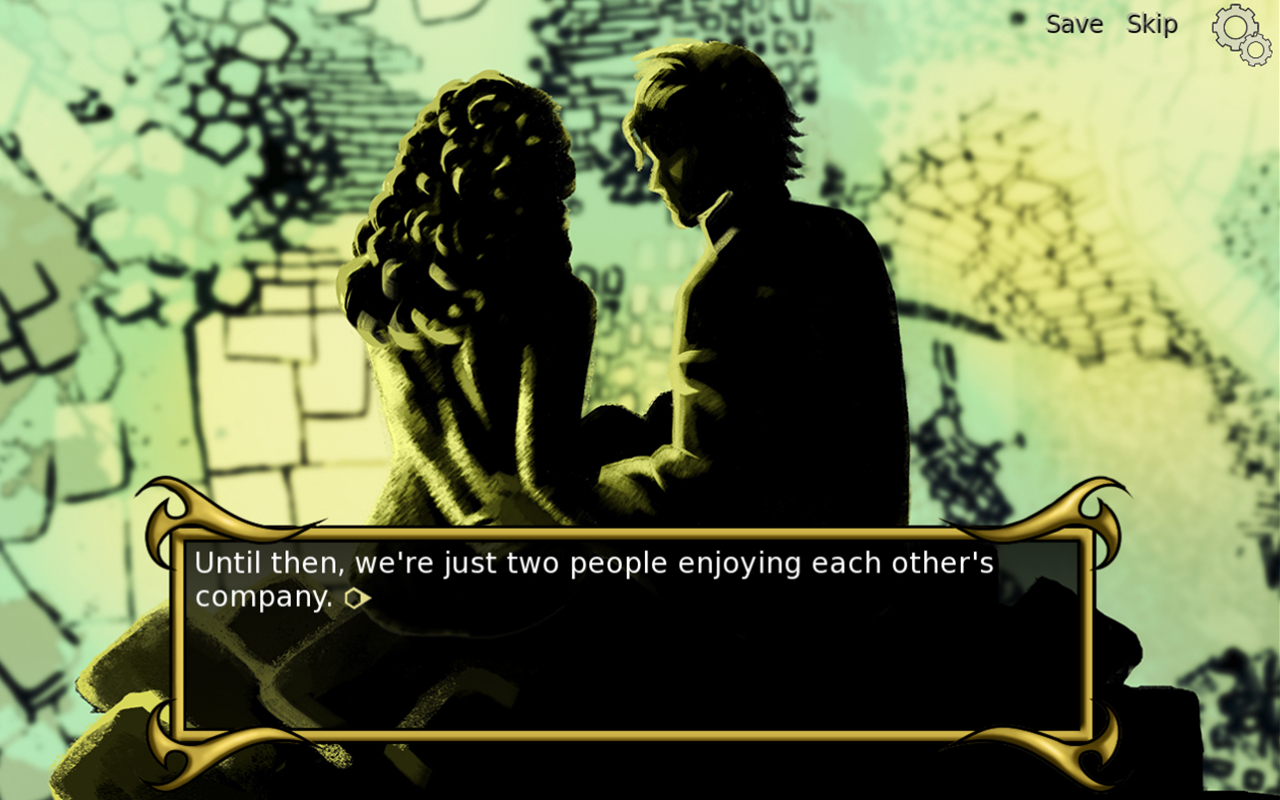 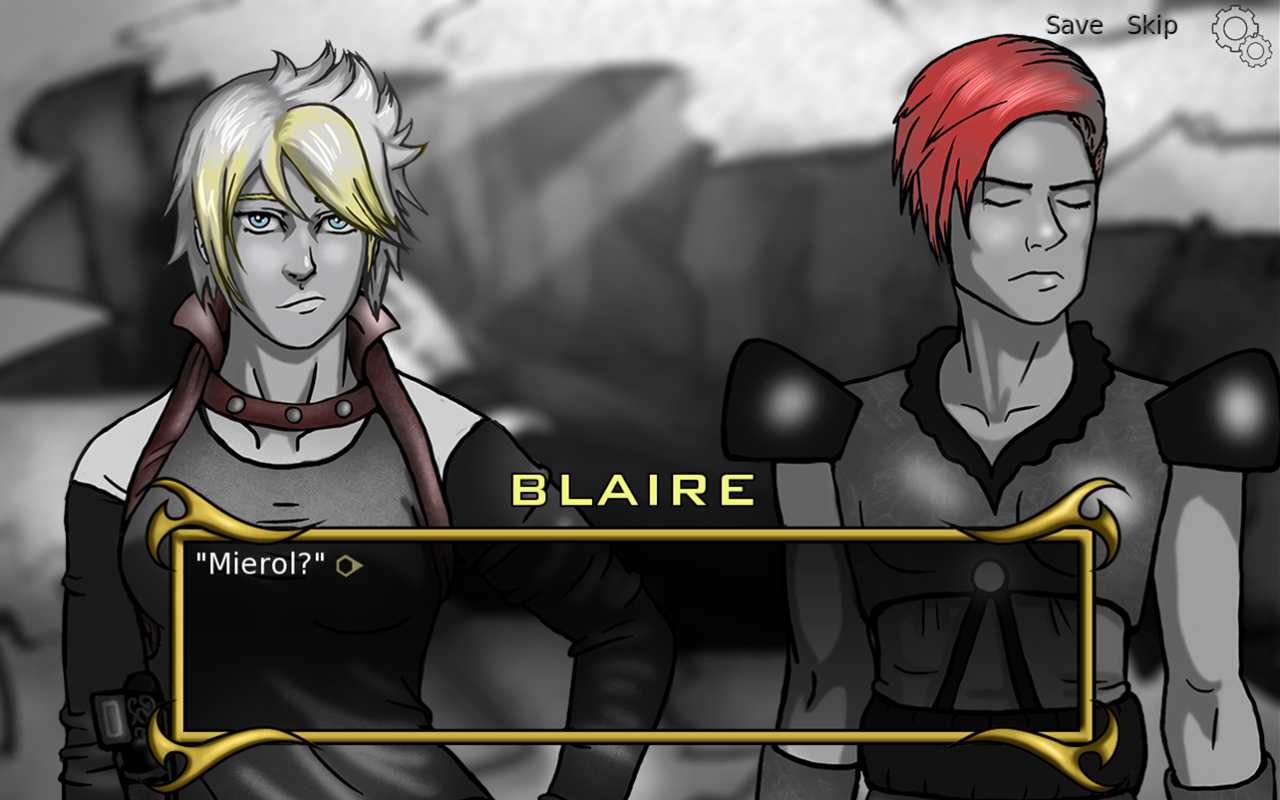 Within a galaxy of terraformed planets, a secret war rages between two intergalactic agencies. One of them—ARCHON—is developing the technology to invade people’s minds. They have already tyrannized a planet called Teballai, and hope to use their mind-reading technology to spread their power across the galaxy. A second organization—FOE (Freedom Organization of Elites)—wants to destroy ARCHON’s technology in the name of freedom. When a young FOE soldier (you choose the gender) named Blaire obtains the ability to read minds from an ARCHON experiment, she finds her loyalty torn between both sides. Whether Blaire helps the enemy or defeats them depends upon your use of her power.

One of the hallmarks of the traditional visual novel is a branching story line. This is typically accomplished via choices forced on the player. In some of the most complex visual novels, there are dozens of these choices and multiple endings. I call Quantum Conscience "experimental" because it seeks to do away with these choices. Outside of the very first few minutes of the game, in which the player chooses to be a male or female protagonist and answers some questions about their background, there are no forced choices. Rather, the player character--a soldier in the far-flung future--is given the power to, at any time, read the minds of the other characters.

How often Blaire, your protagonist, uses this power is entirely up to the player. Starting from the middle of chapter one, it is almost always available, and the only way the player interacts with the story. The consequences of the knowledge Blaire gains (or doesn't) changes how Blaire acts and how other characters react to Blaire.