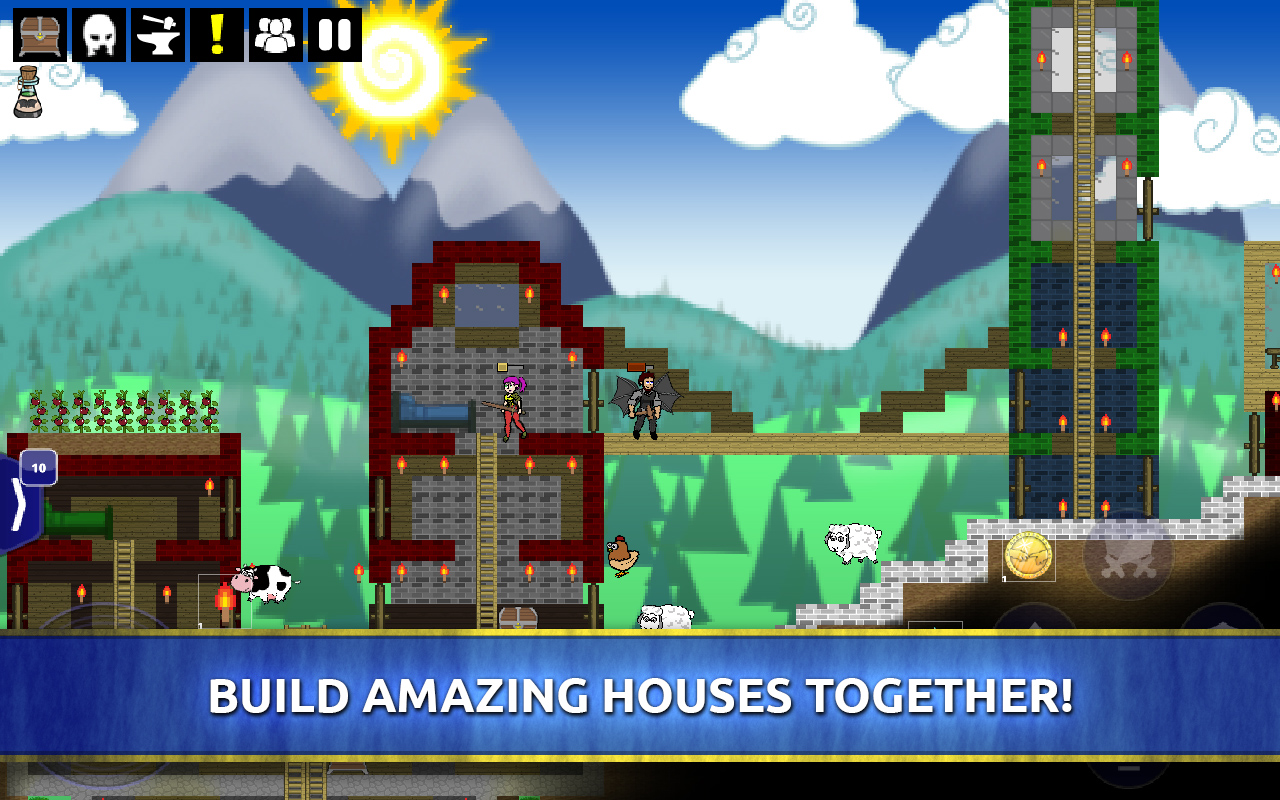 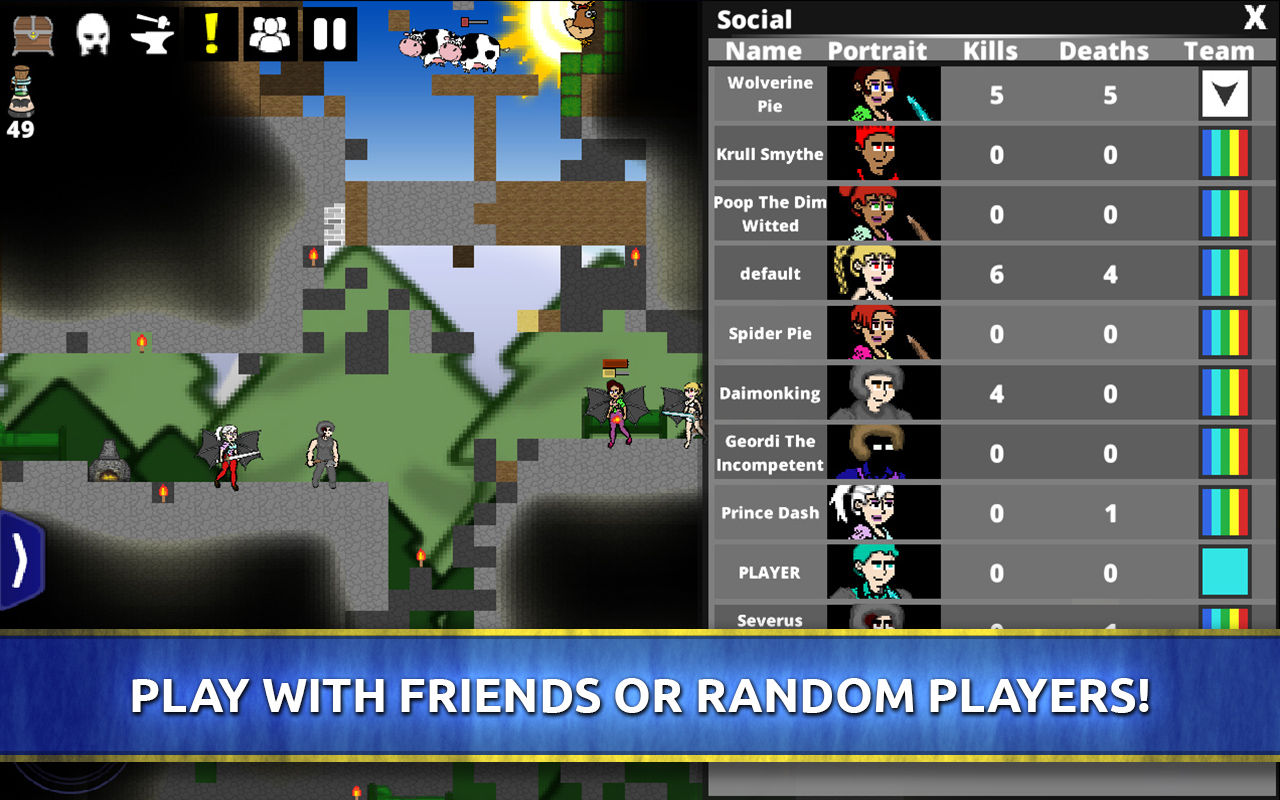 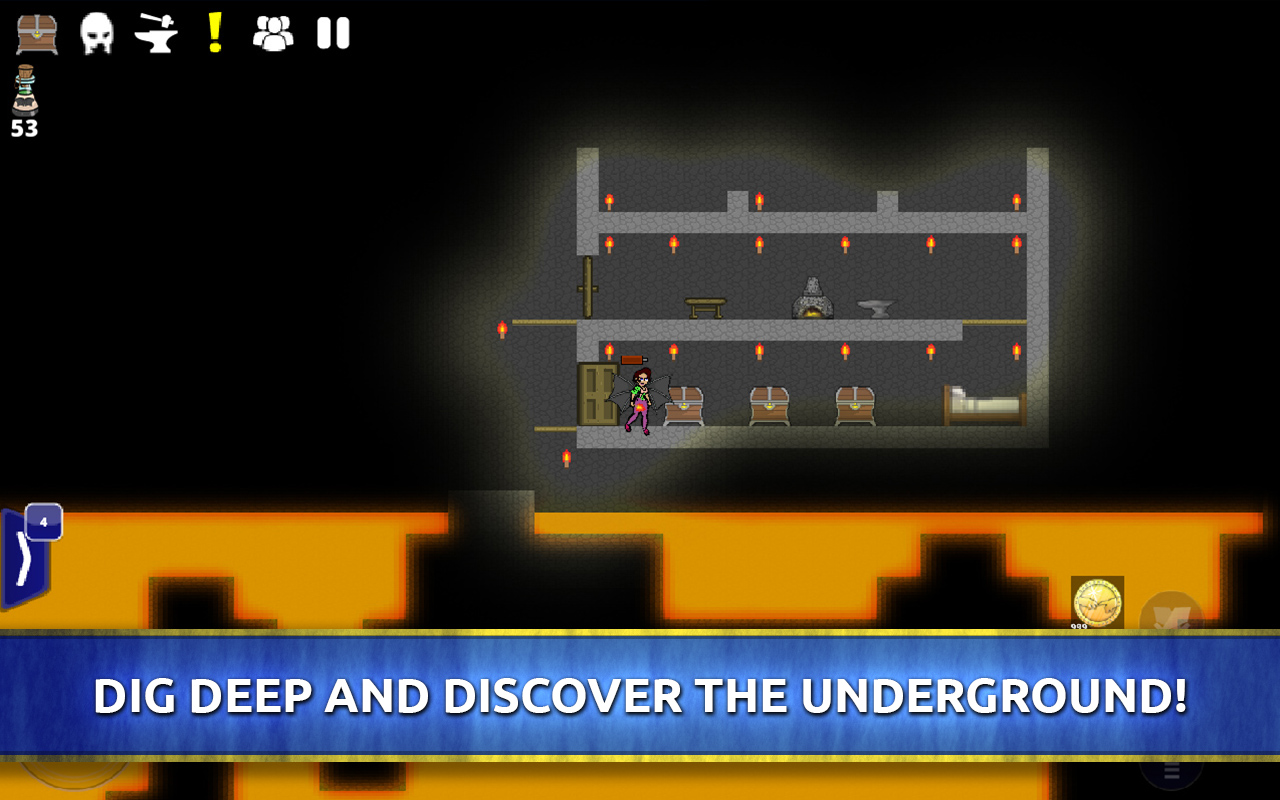 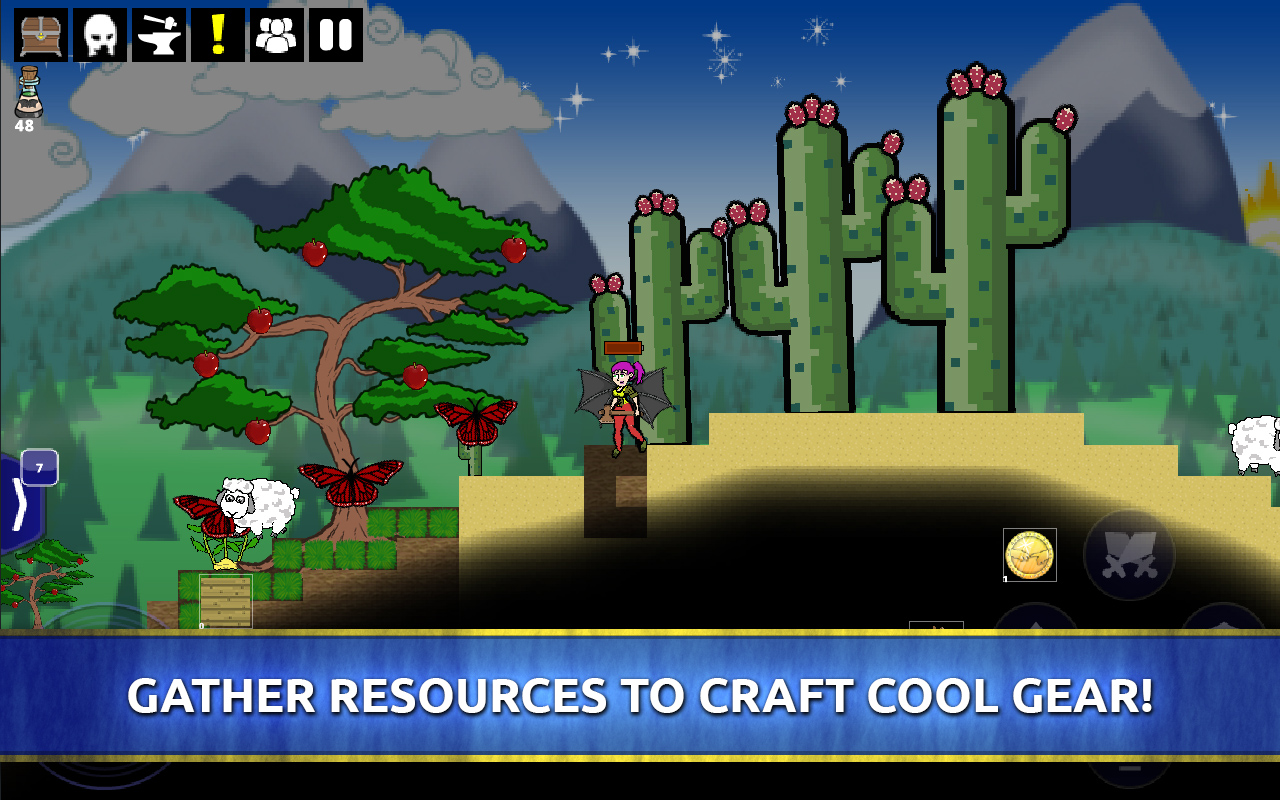 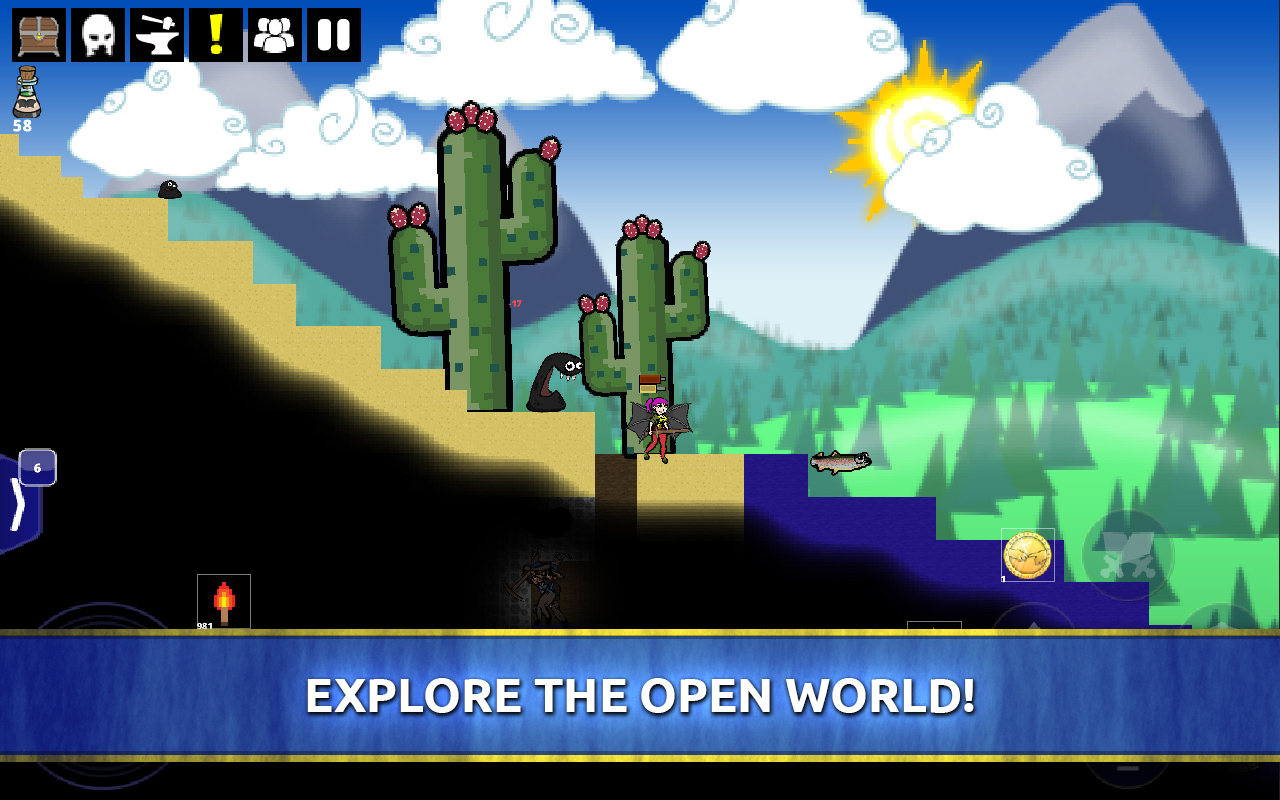 The HinterLands is a multiplayer sandbox side scrolling survival game.

In the HinterLands, there is a large focus on multiplayer, building, and survival.

You arrive in The HinterLands with just a few tools and torches. To survive you must build a house, and hunt for materials to craft new items.

Mine the terrain for resources, build great structures, harvest plants, trees and mobs, the choice is yours!

Play cooperative or competitive multiplayer with friends or random players!

The HinterLands is a work in progress, and will continue to grow, expand and evolve over time. Your feedback and suggestion will help shape the game, and you can participate in the development of the game.

Mine, Craft, Fight and Build!

MultiplayerThe HinterLands is an indie sandbox game, built with a heavy emphasis on multiplayer.

Who isn’t it for?

The HinterLands was originally released on mobile early in development to encourage people to contribute, and since then it has grown a ton, and keeps growing thanks to player feedback!

The game is still in still in development, because there is so much still that we want to add. There are only 2 of us working on it, but we appreciate everyone who plays the game, helps contribute by finding bugs, adding ideas, providing art or scripting, or suggestions and feedback.

Take the poll and let me know what you want changed in the game: