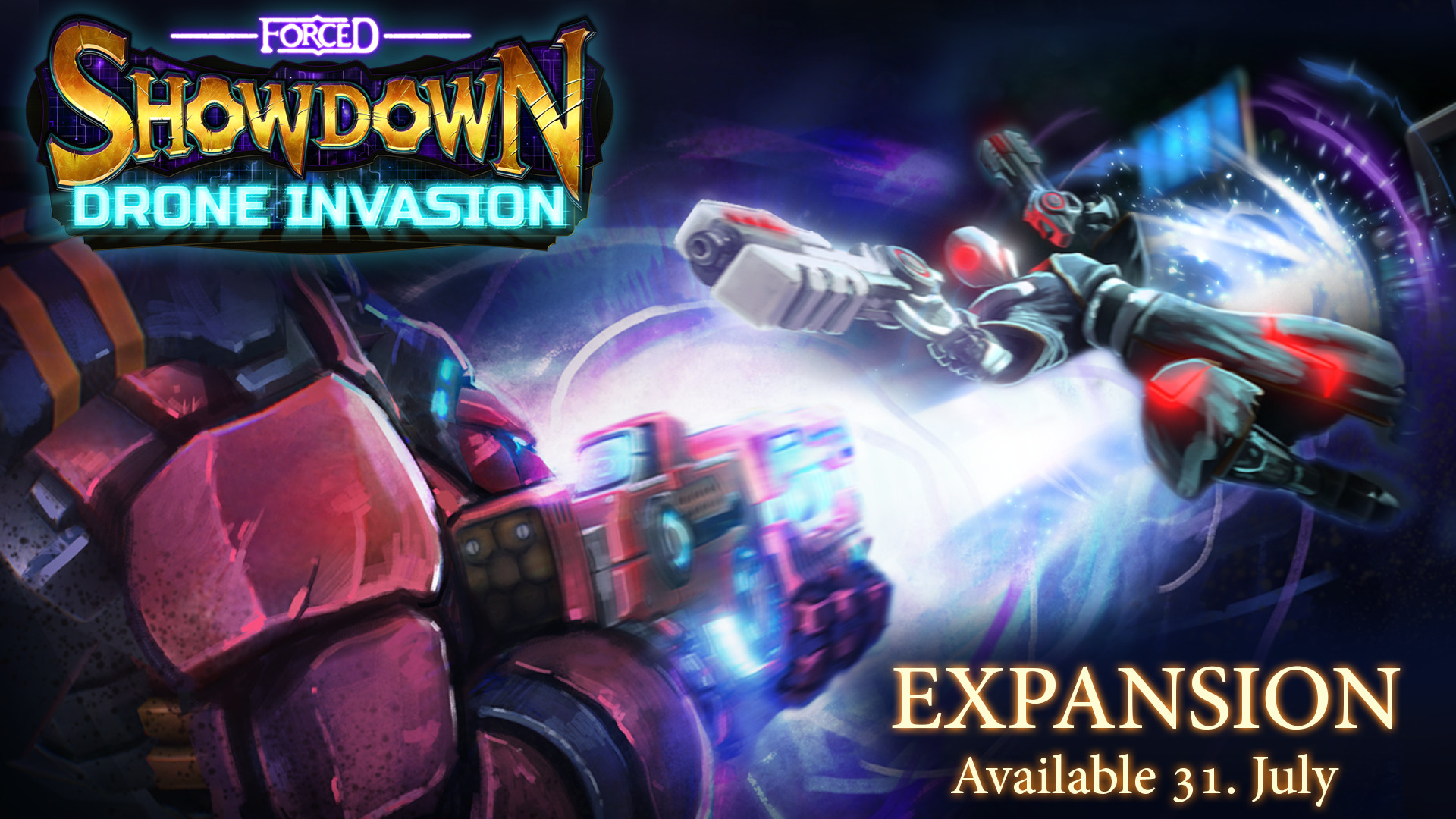 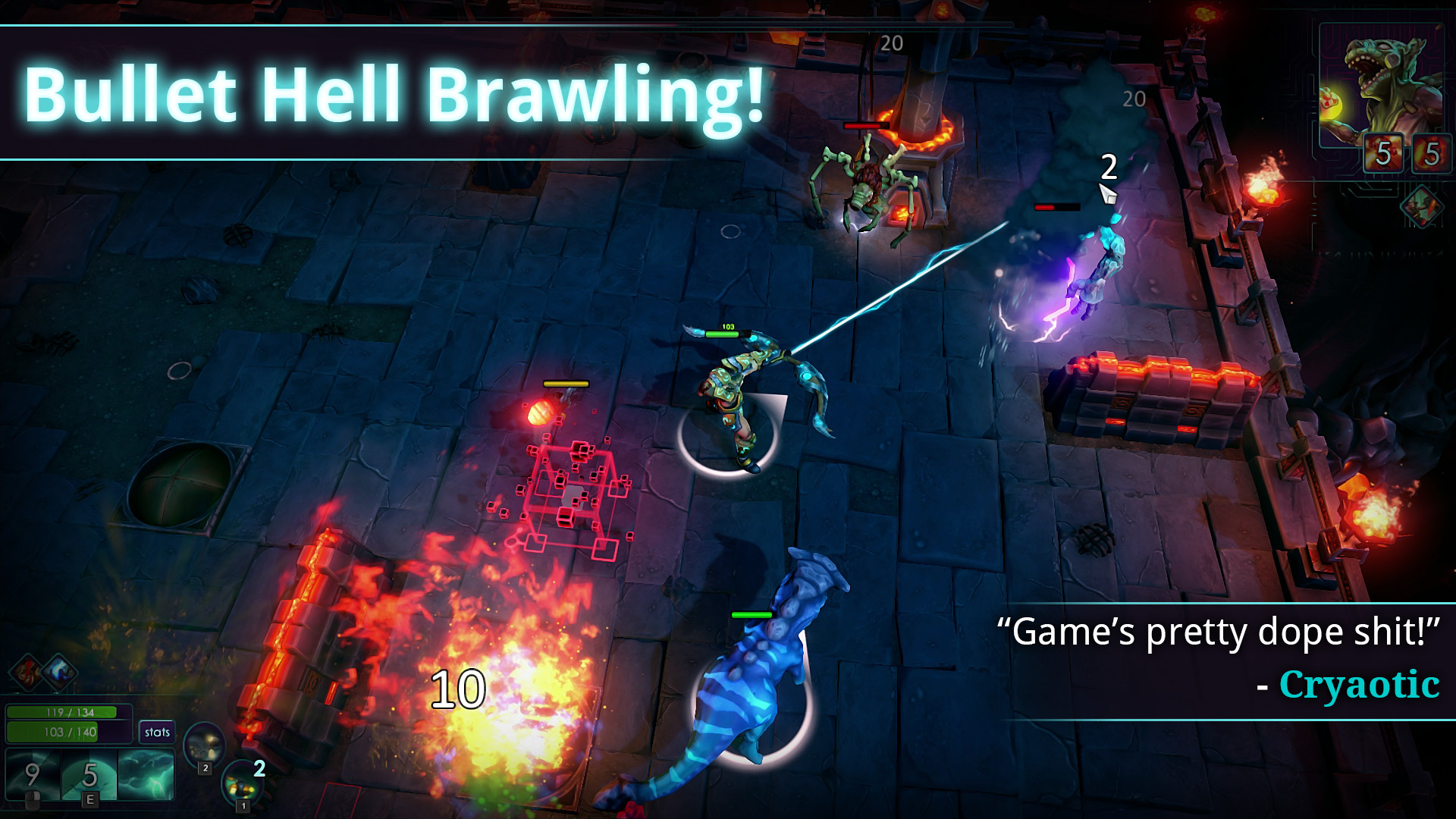 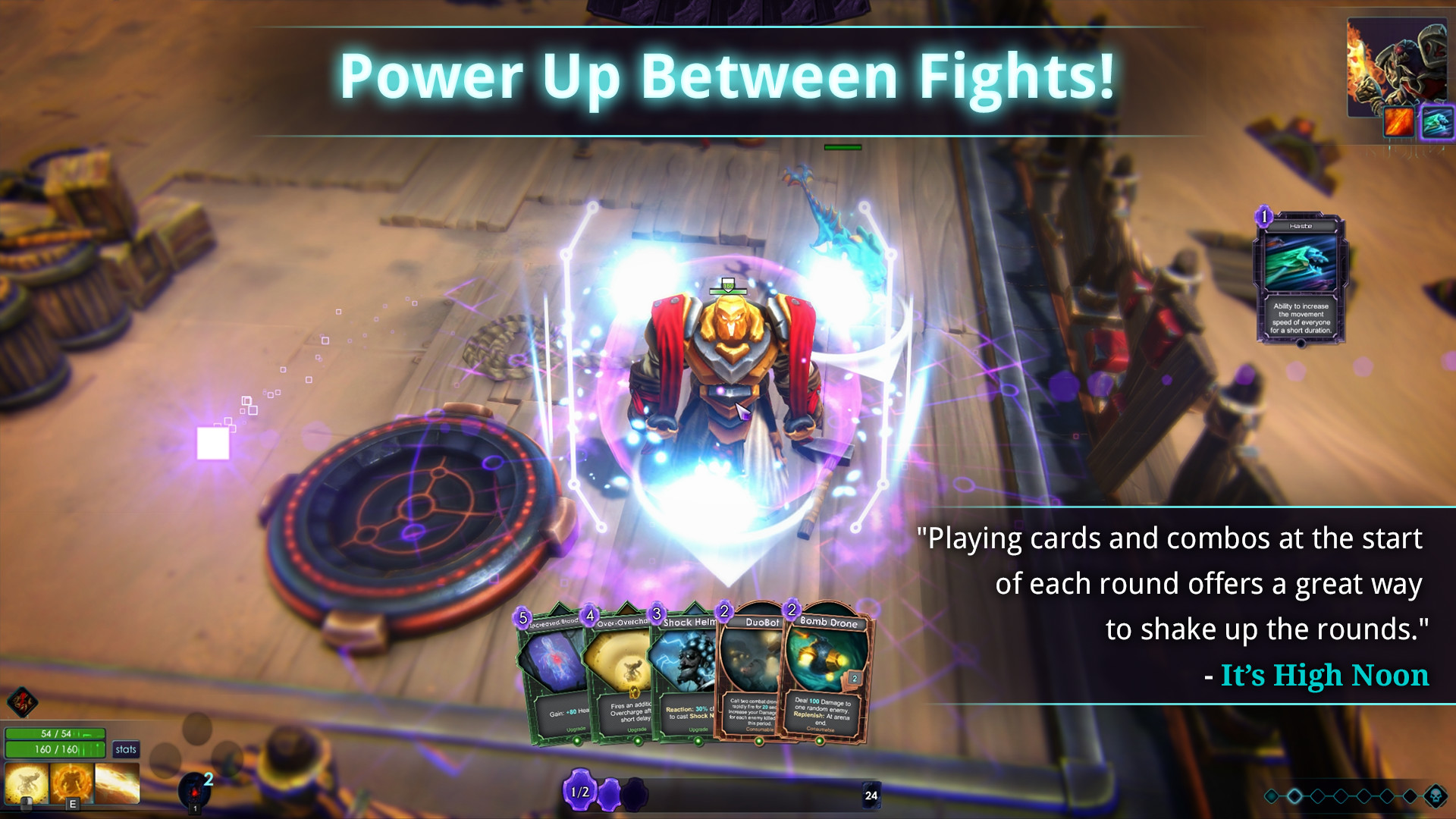 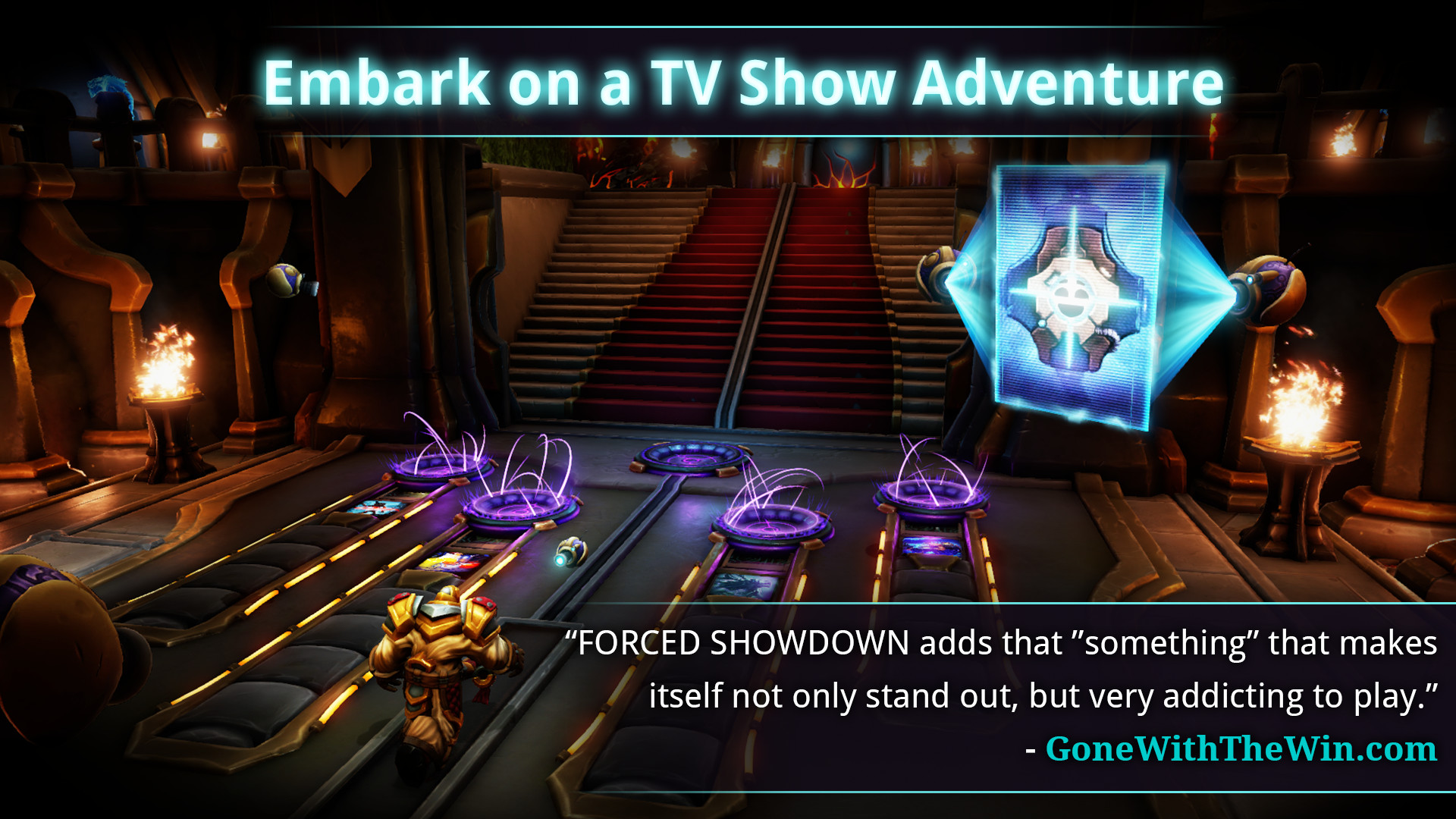 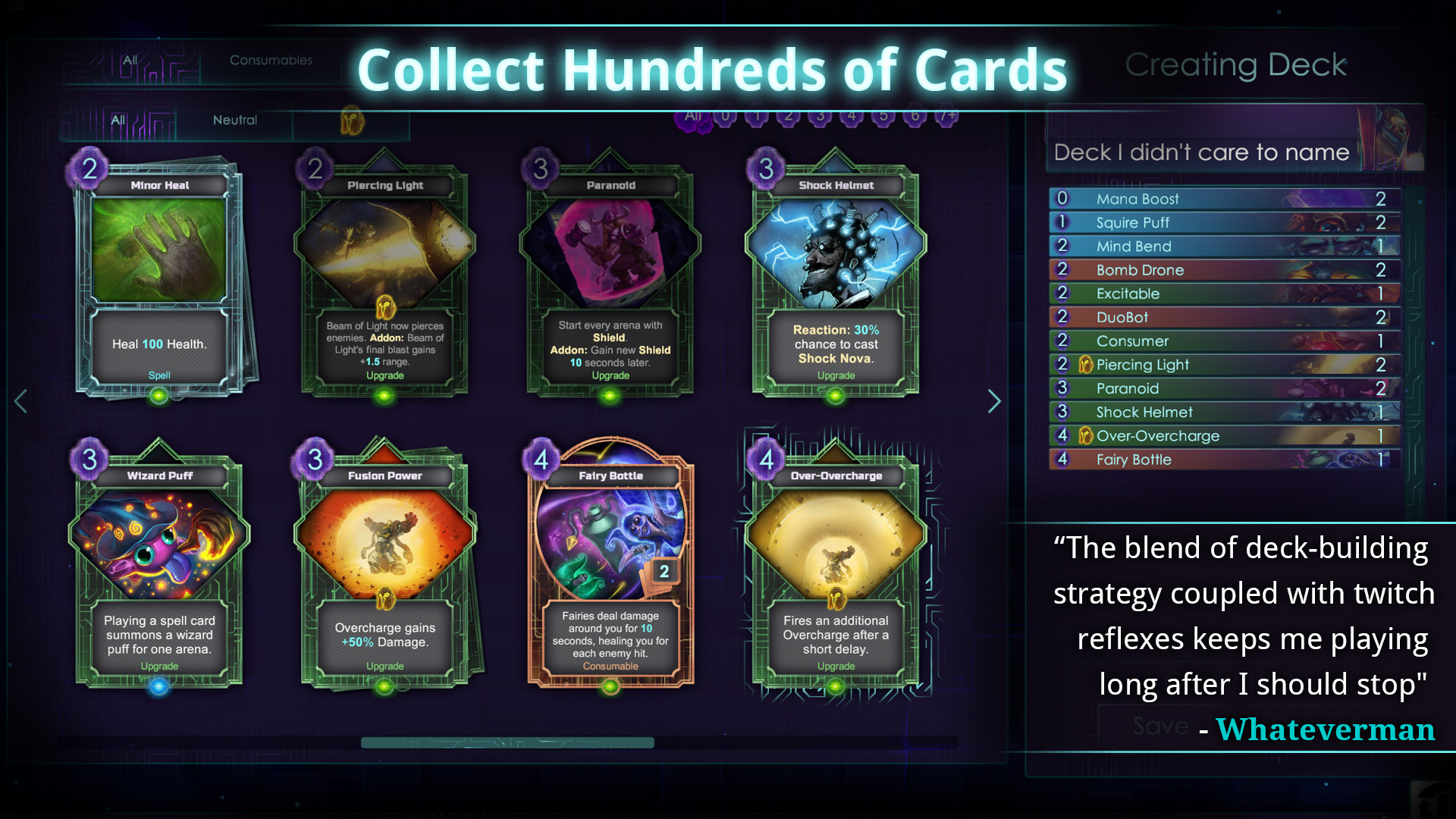 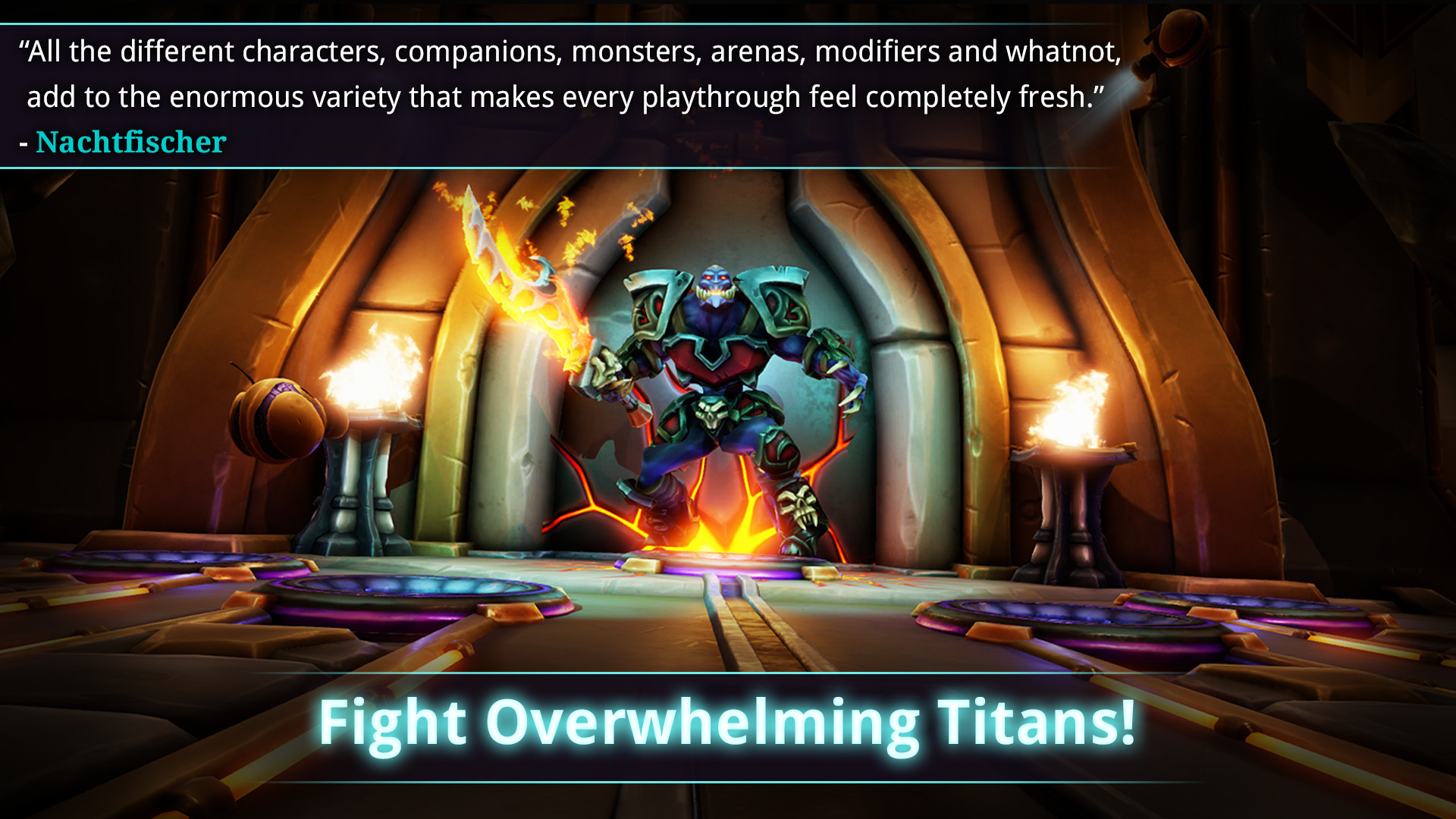 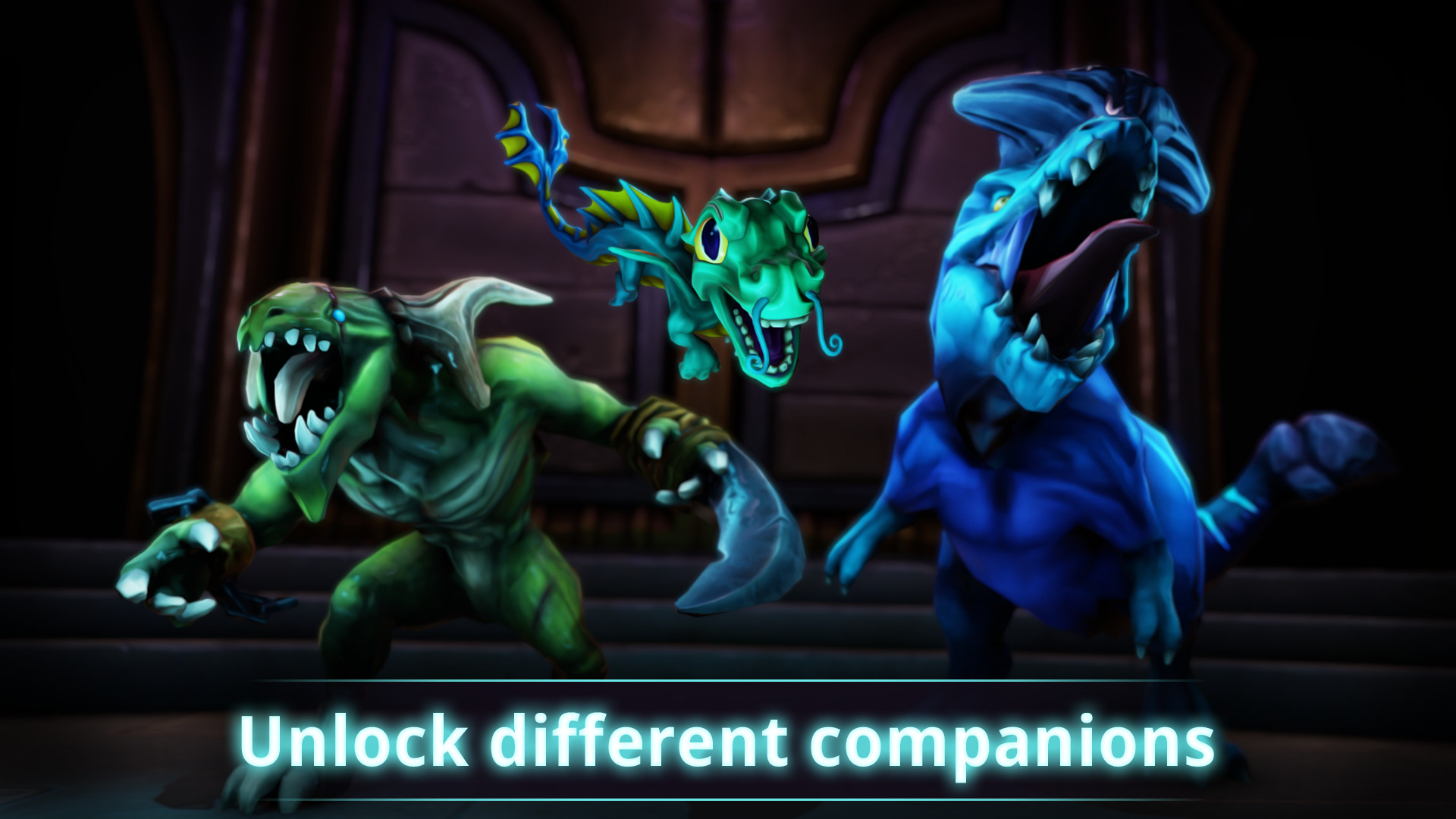 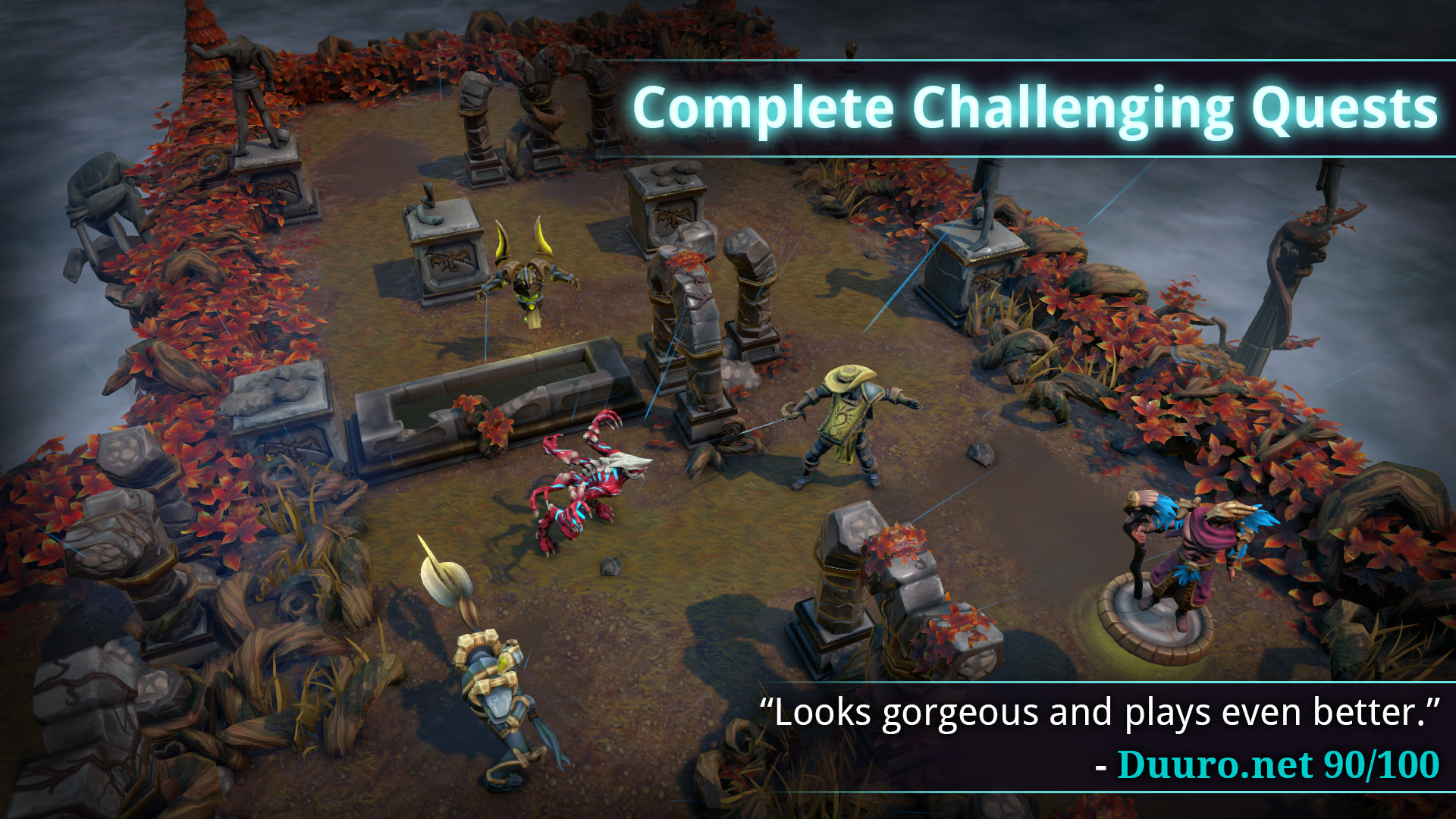 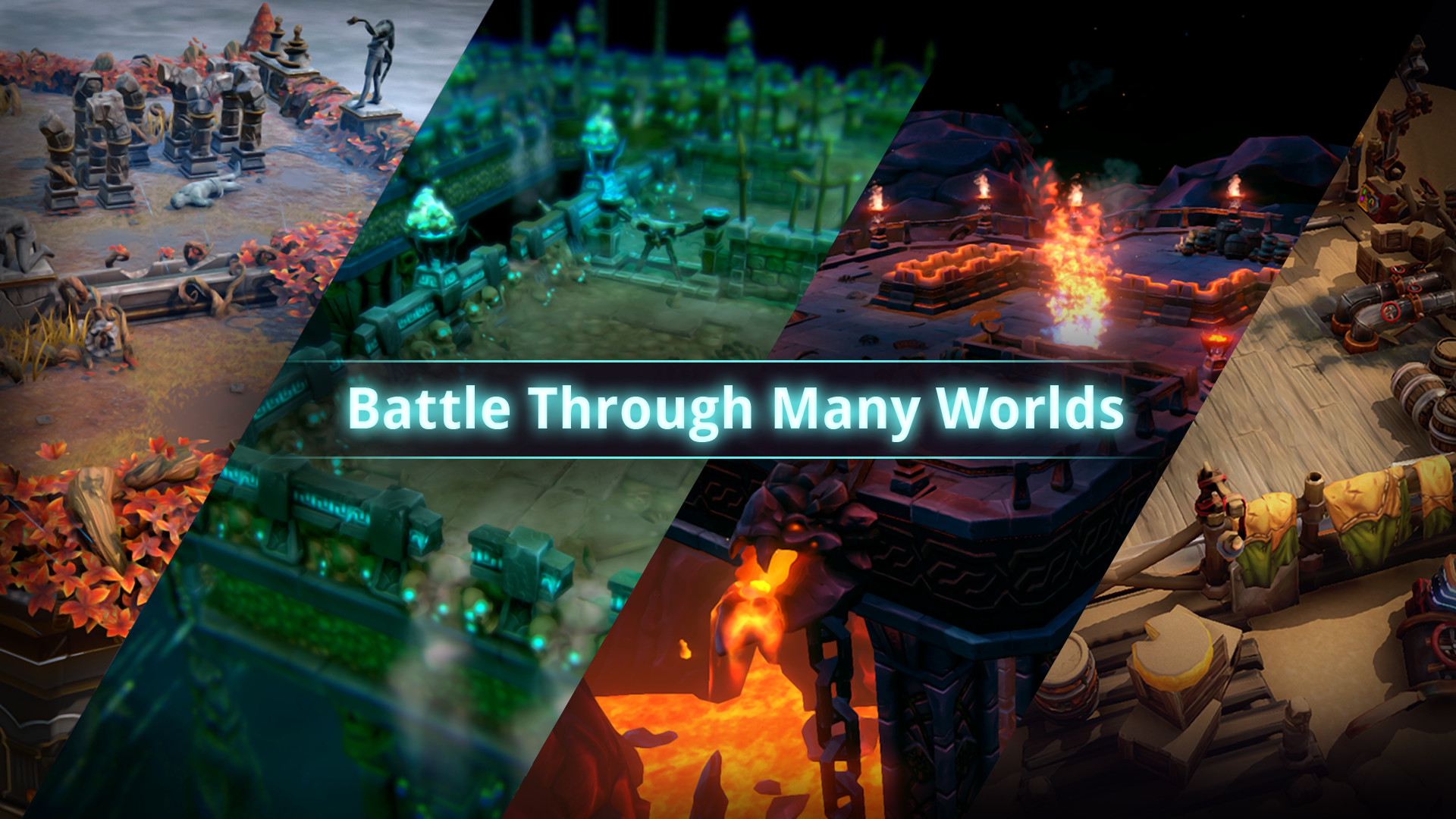 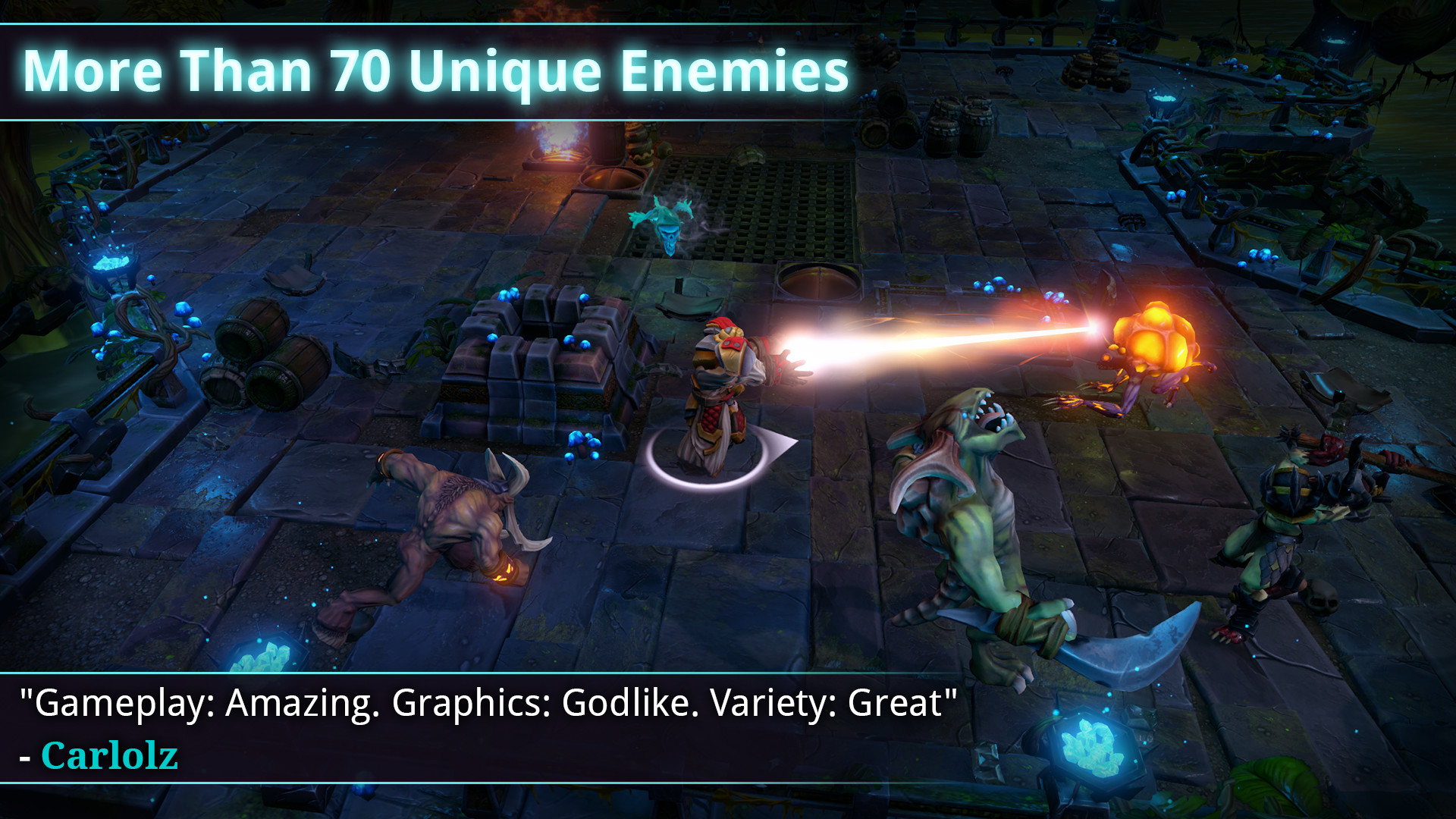 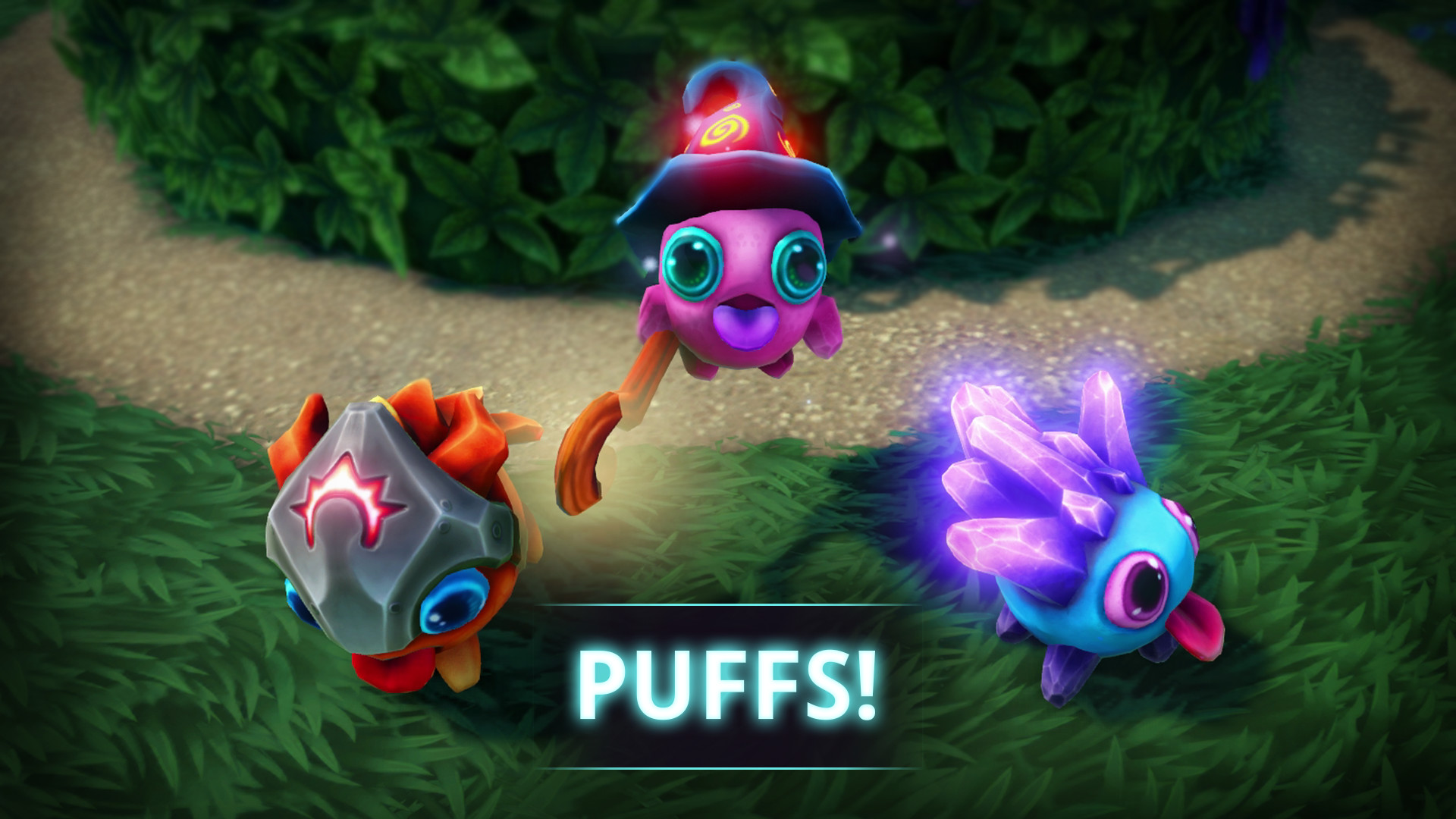 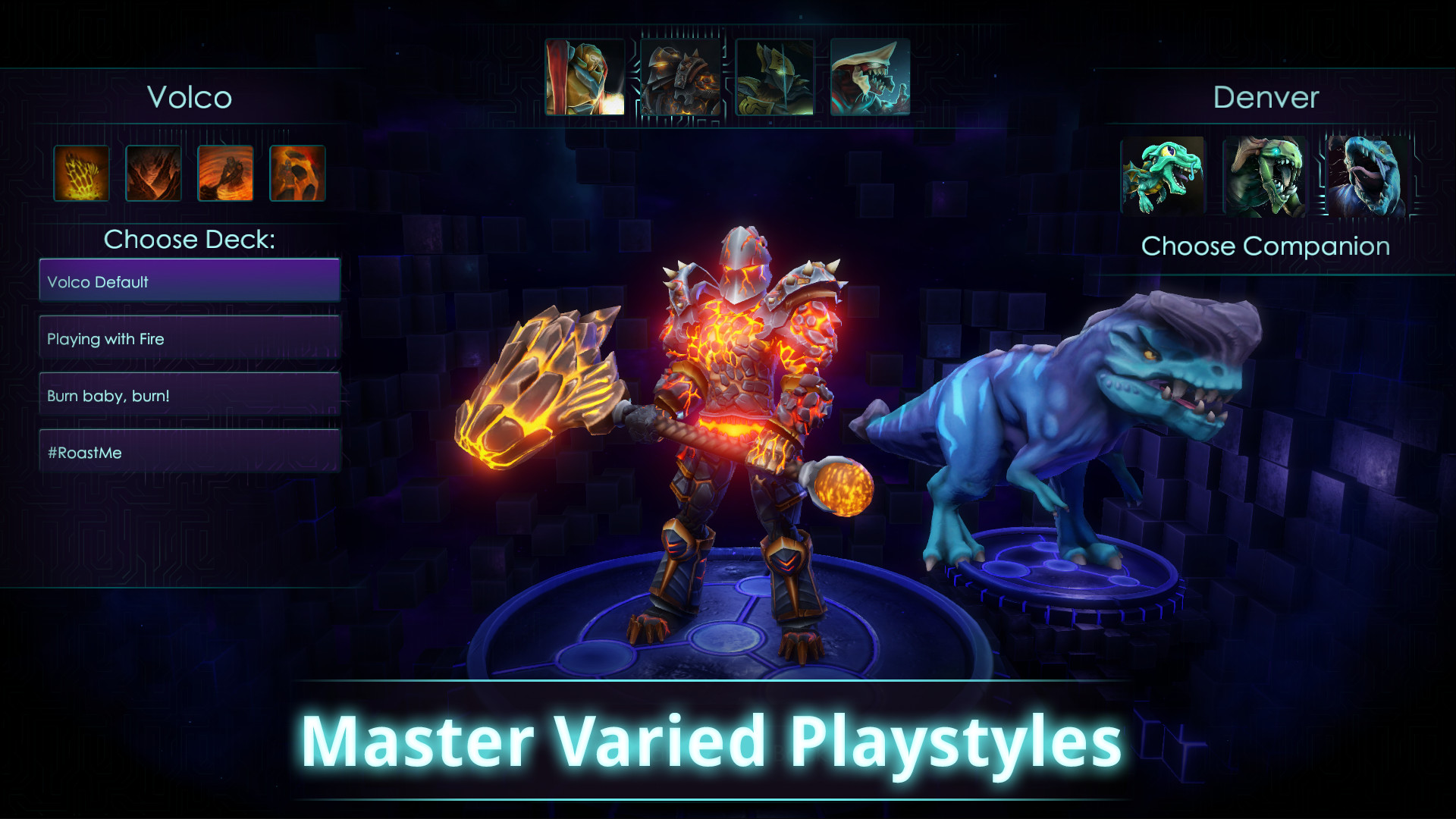 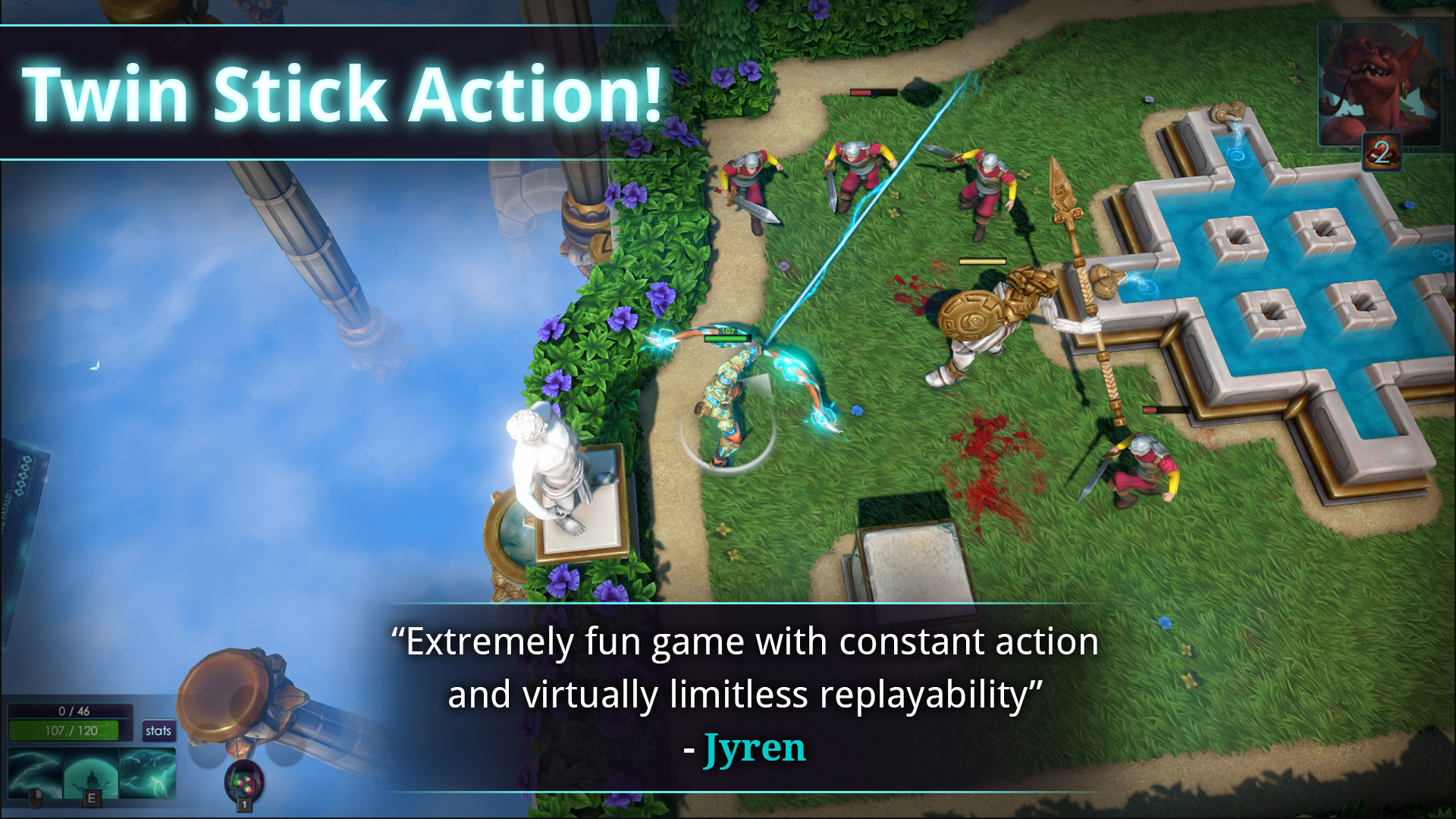 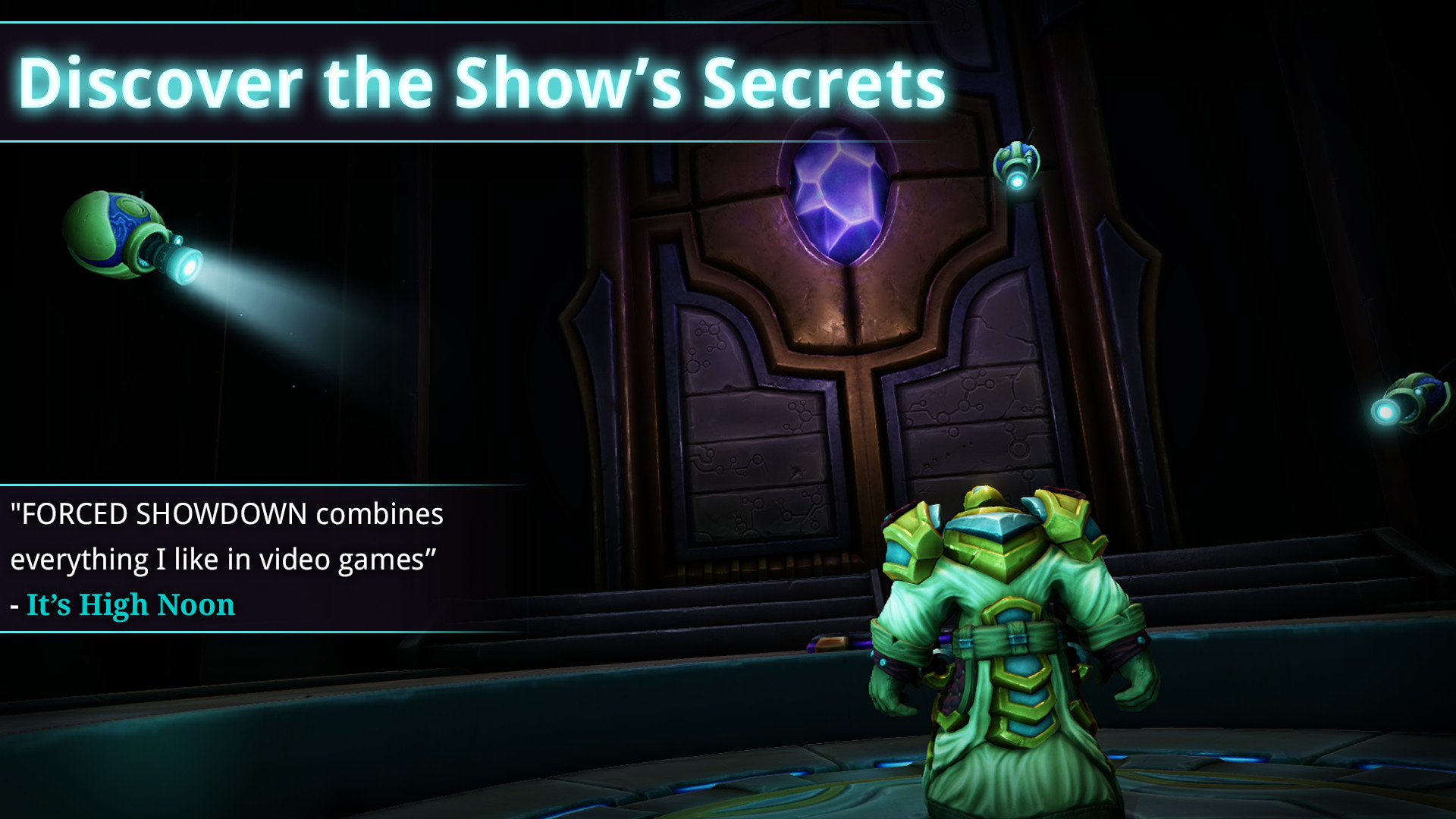 "Extremely fun game with constant action and virtually limitless replayability. Every new battle you start is different, there are endless possibilities of deck building with all 4 characters." -

"I love this game! I have played many hours of The Binding of Isaac, Terraria, Ziggarut, Rouge Legacy, Risk of Rain and other rouge-likes you probably havent heard of. I have to say this game is among my favorites and its brand new." -

"I wish I knew how to eloquently express how excellent this game is. It just taps so many buttons for me with the nicely balanced rogue-like, the achievable-yet-challenging unlockables, the genuinely interesting deckbuilding, and satisfying combat." -

"It plays like I always felt ARPGs and MOBAs should - skillshots, accuracy, timing and evasion; button mashing and brute-force will get you nowhere in this game." -

"FORCED SHOWDOWN combines everything I like in video games.

The combat is skill based and offers on the fly strategy solving skills. It has a great difficulty curve that makes me want to hone my skills to become better as time goes. The card system takes some beats from Hearthstone in how decks are created. Playing cards and combos at the start of each round offers a great way to shake up the rounds." -

"There are tons of cards to collect that, besides all the different characters, companions, monsters, arenas, modifiers and whatnot, add to the enormous variety that makes every playthrough feel completely fresh." -

May you die gloriously and to great applause!Greetings Human and welcome to FORCED SHOWDOWN: "The only show in the galaxy with lives on the line!" Pick one of the 4 contestants from across the FORCED universe - each a master of their own style of combat - and try to become a superstar of my show, as you battle through worlds of monstrous enemies and face off against epic arena bosses. You may die horribly and repeatedly, but think of your fans and smile for the cameras!

Cards boost your action abilities!In my show, you will unlock cards that let you boost your stats and upgrade your abilities differently each battle. Use clever deckbuilding and show off your epic combos! In the end though, it's all up to your own action skills, on the arena floor, to carry you through both times of luck and misfortune.