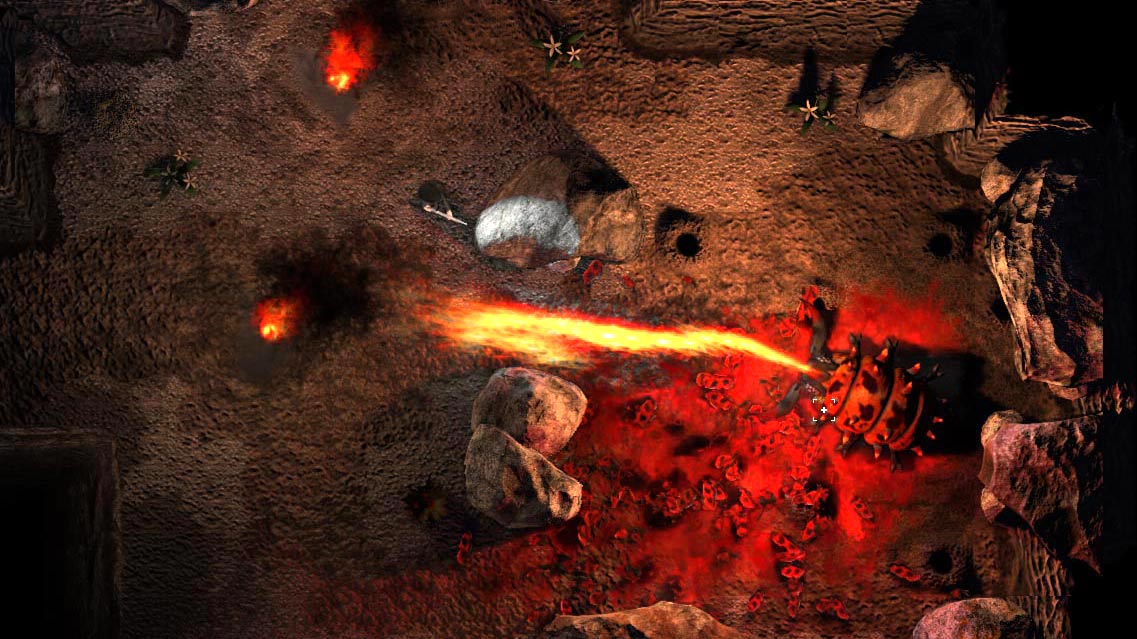 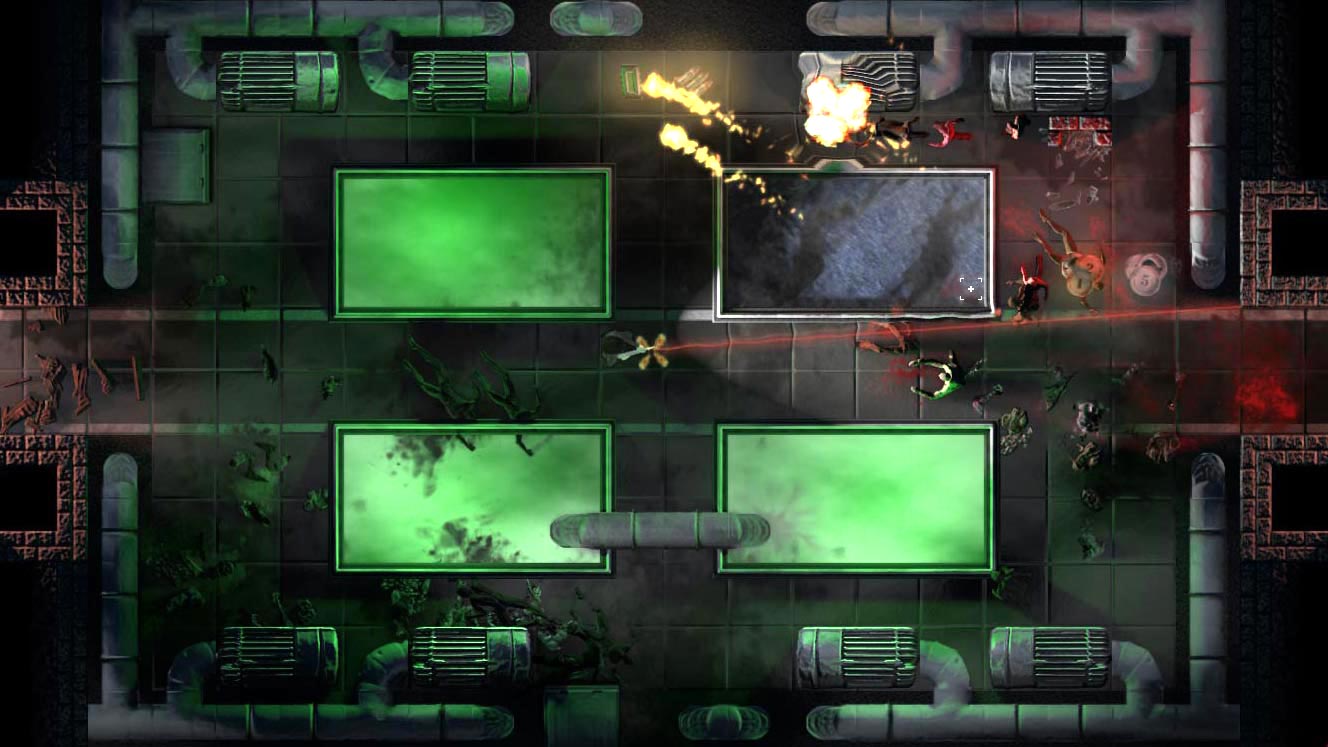 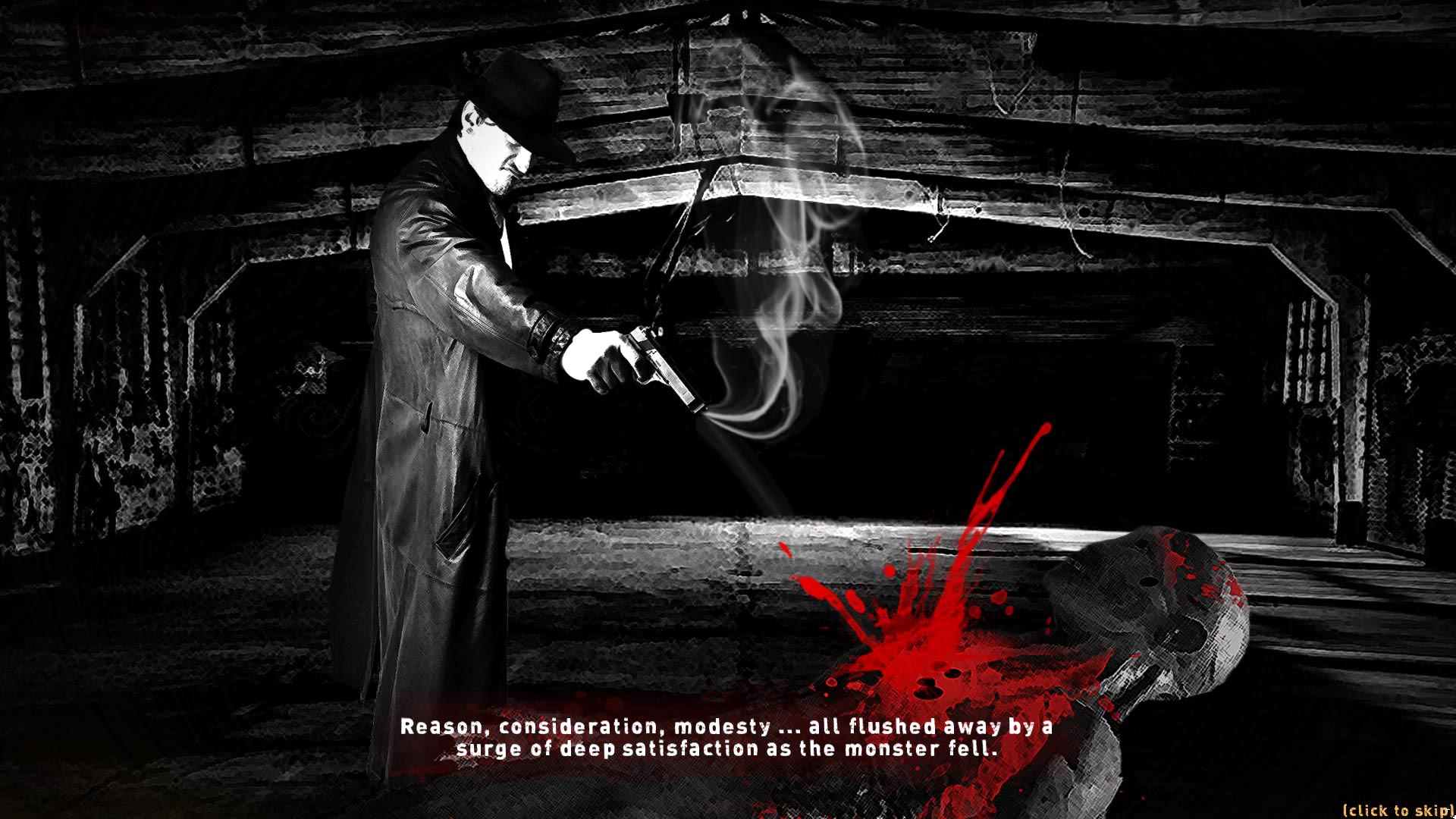 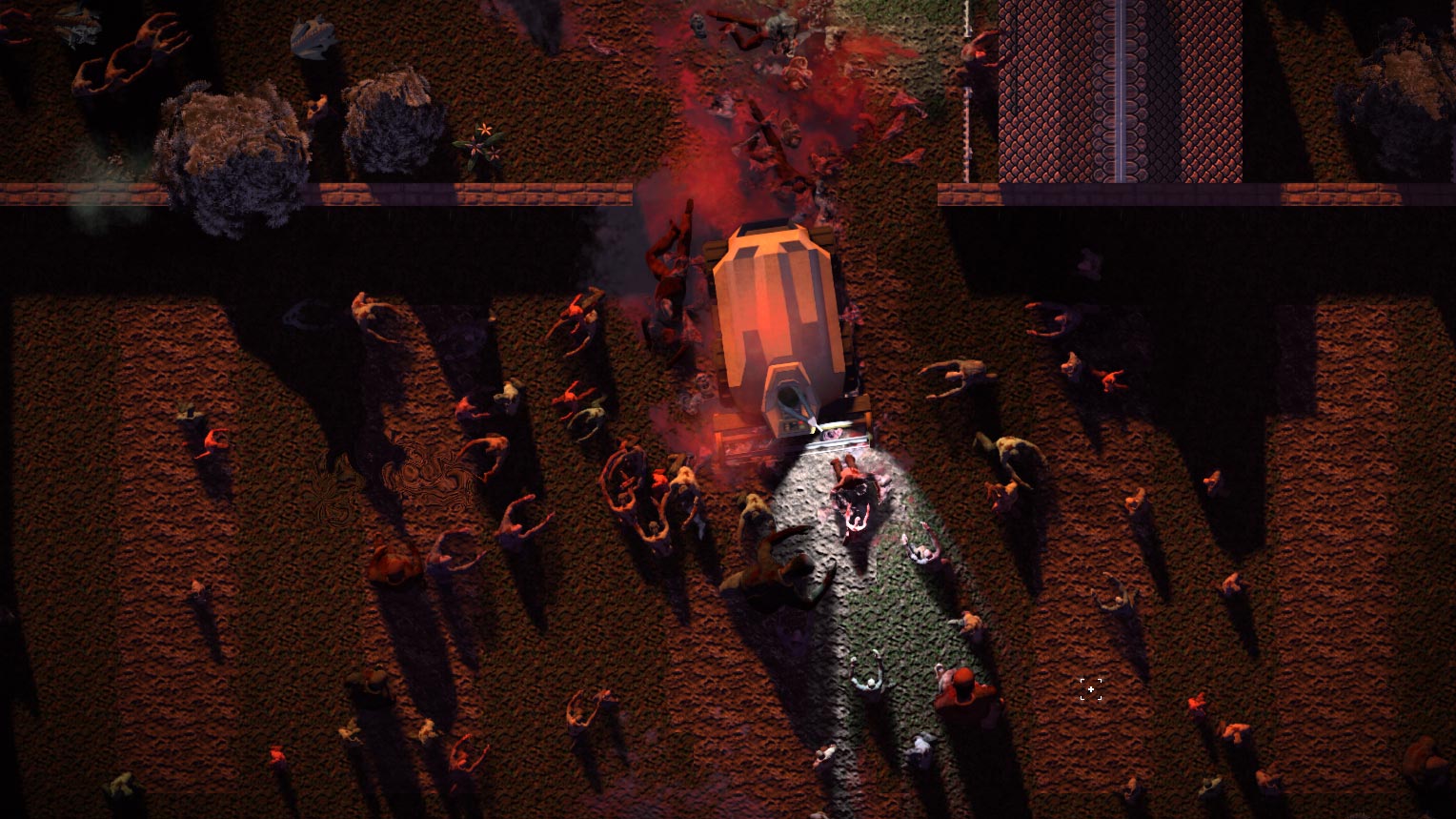 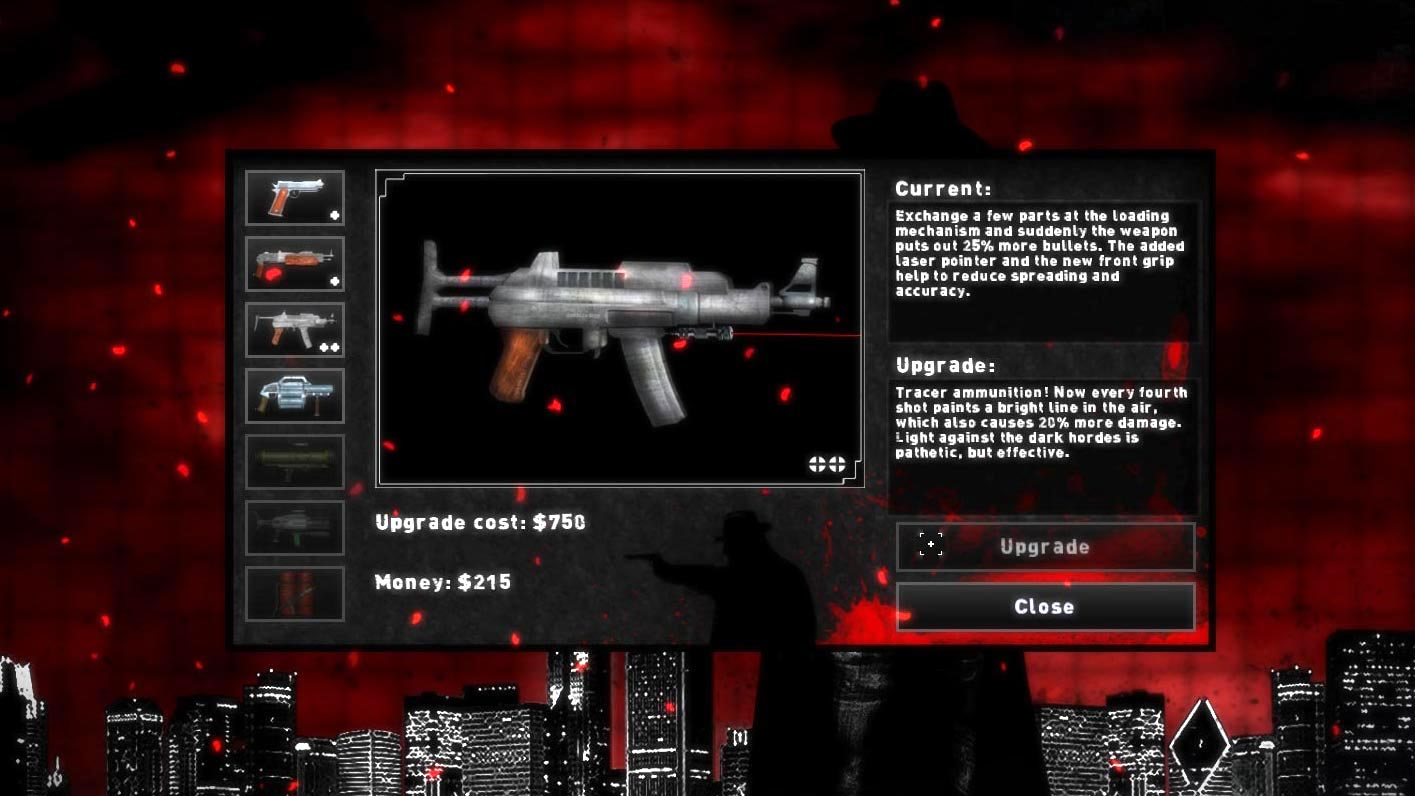 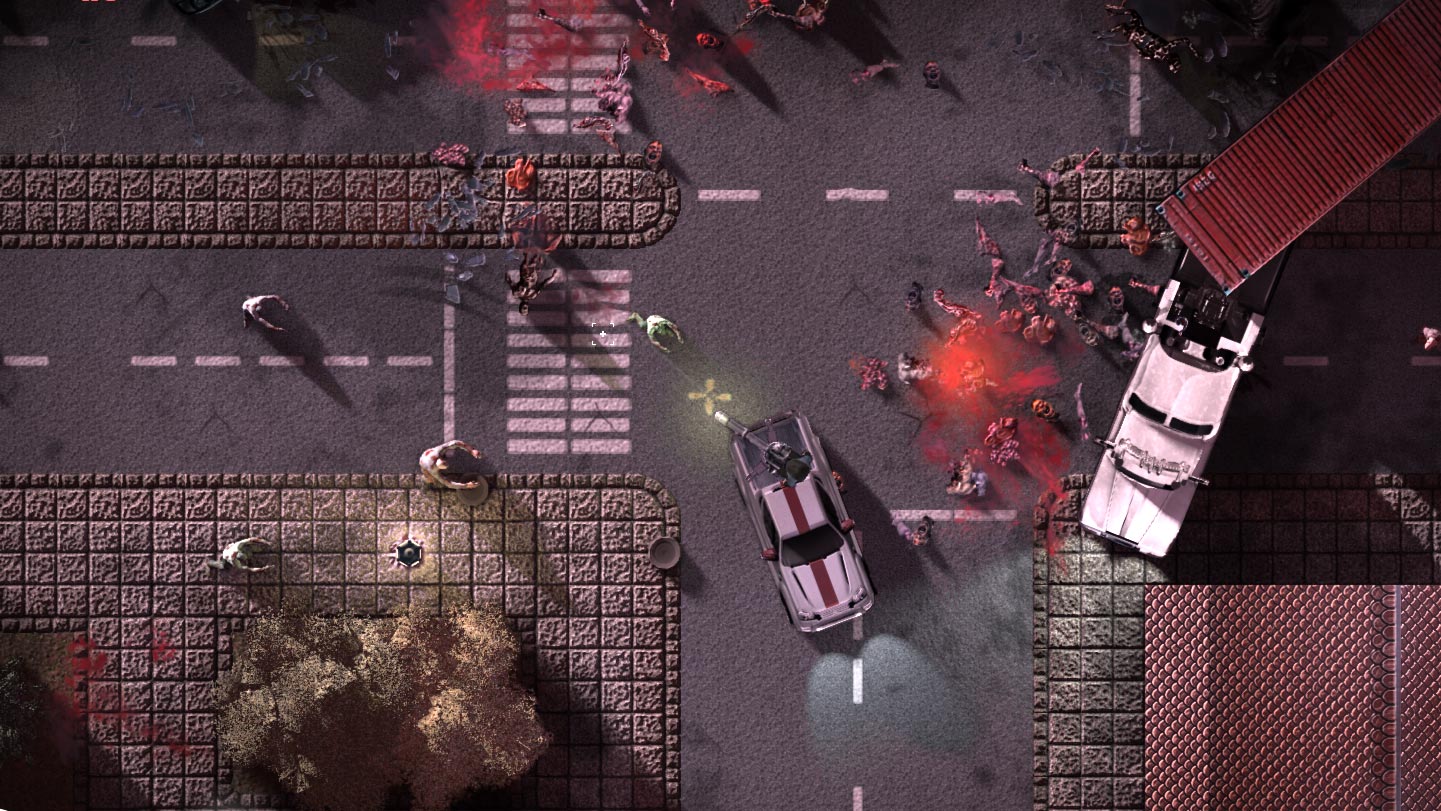 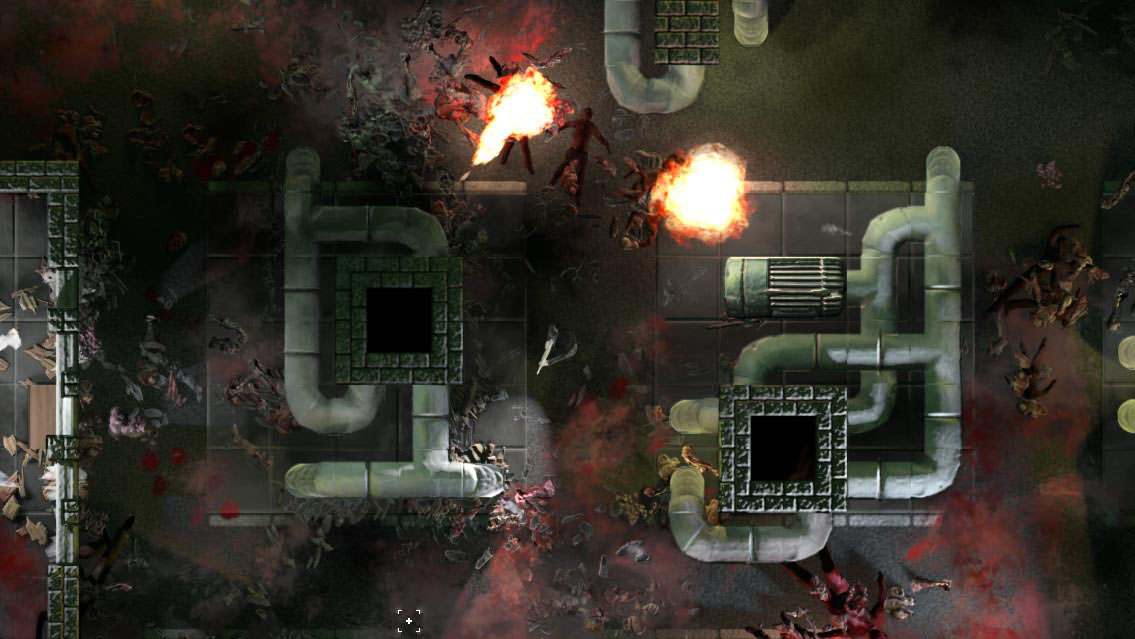 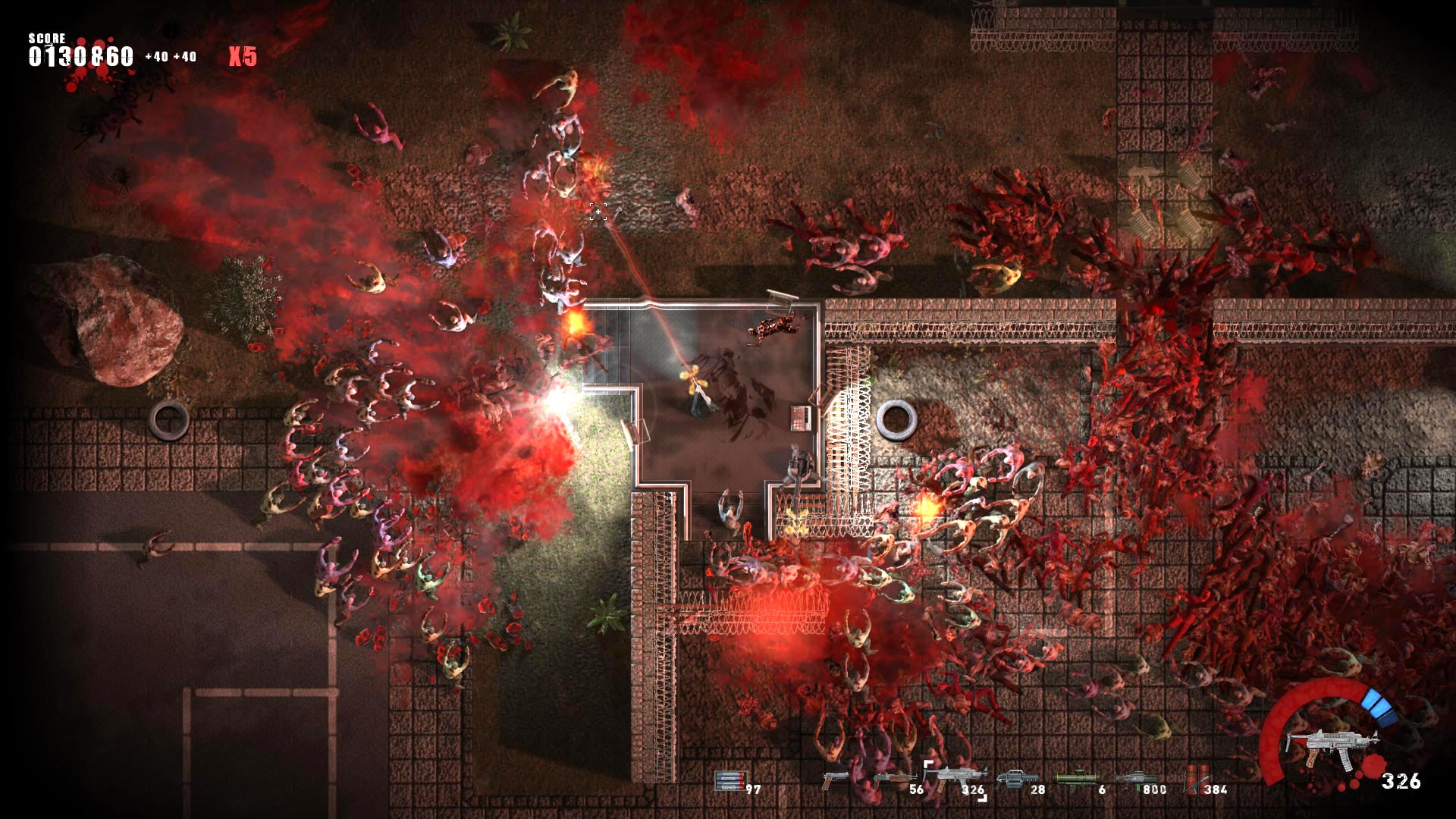 Splatter is a top-down-shooter with a film-noir-singleplayer-campaign, challenging fights against all kinds of monsters, gory splatter effects and destructible level environments. Meet real cool characters with quests, engage boss fights and upgrade your weapons. You also get stylish cutscenes, actions sequences, secret collectibles and an arcade survival modus with worldwide leaderboards to compete with your friends.

Use light to create breathing space in battles and to expose hidden weaknesses of your enemies. Explore the surroundings to find new weapons, resources and secret areas. Spend the money you got to upgrade your guns and unlock new weapon features and discover the best tactics against the variety of monsters.

Find out what happend to Max in the story mode, spanning 16 levels, quests, fully voiced NPCs and dialogs and animated cutscenes. You’re standing alone amongst the inhabitants of a modern city which suddenly took a turn for the apocalypse. Humanity isn’t exactly worth saving, but you might end up doing it anyways.

Try to beat the Highscores in the Survival Mode or gather up to 4 friends in front of your computer to co-op against the horde.