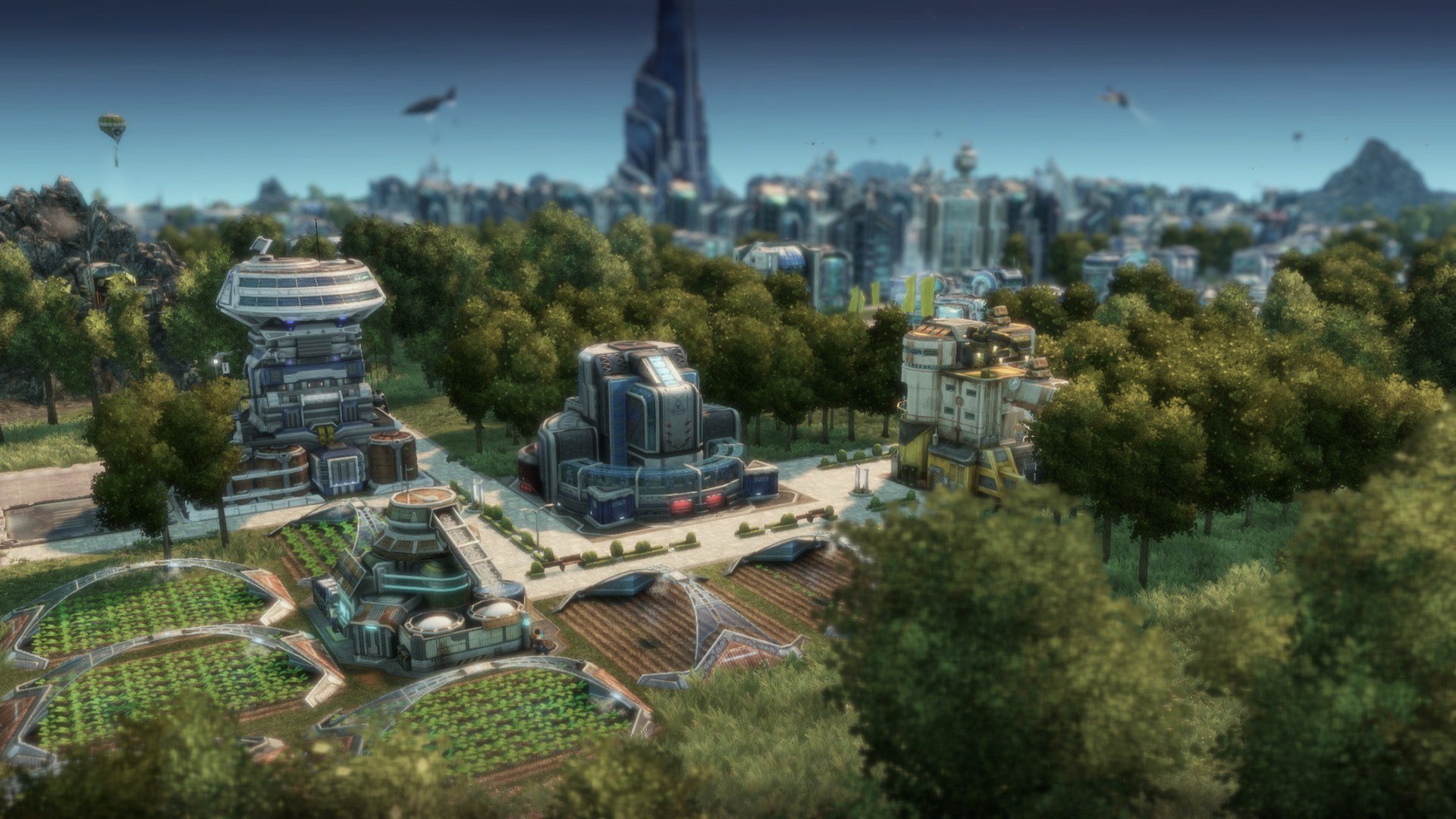 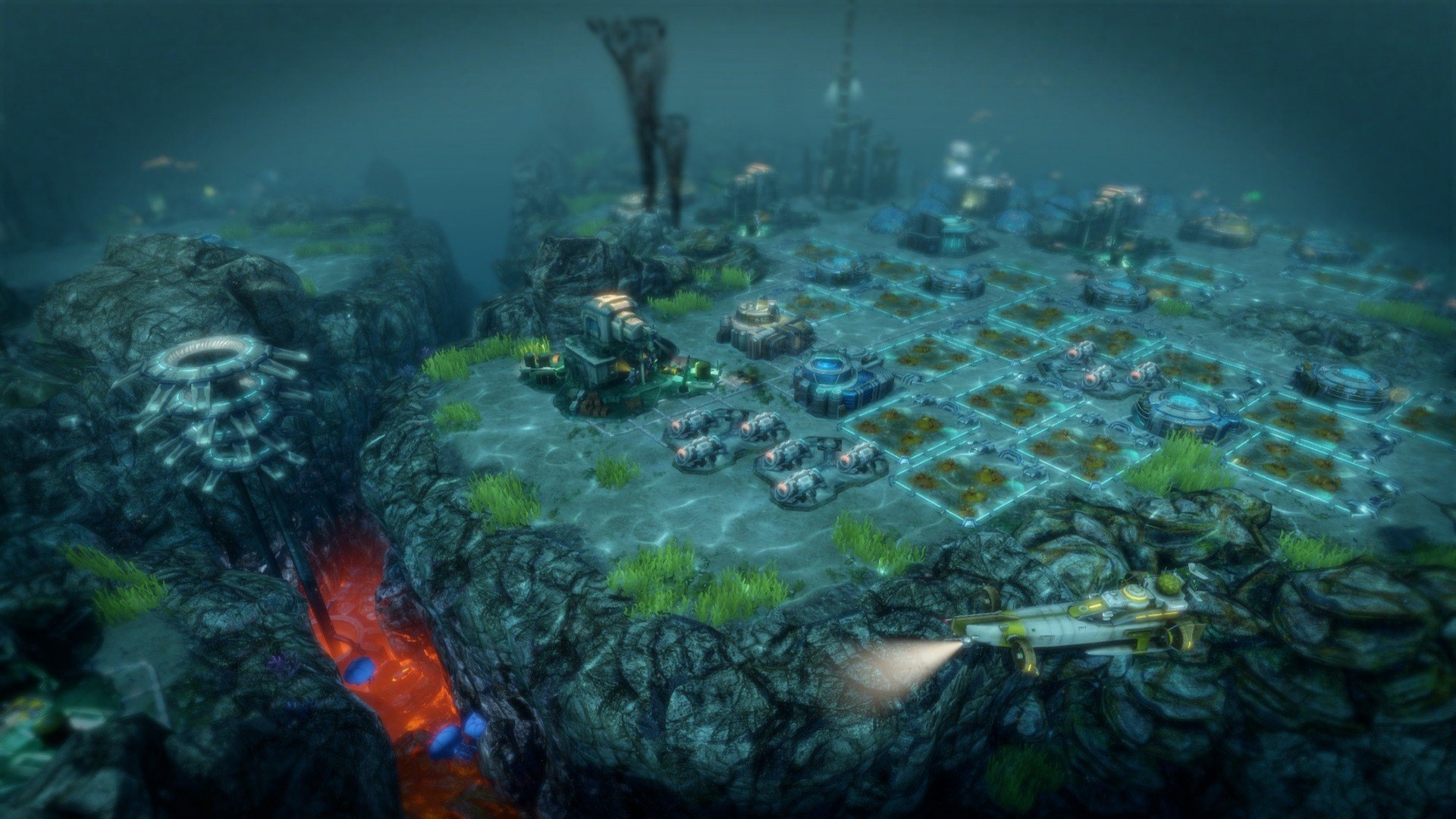 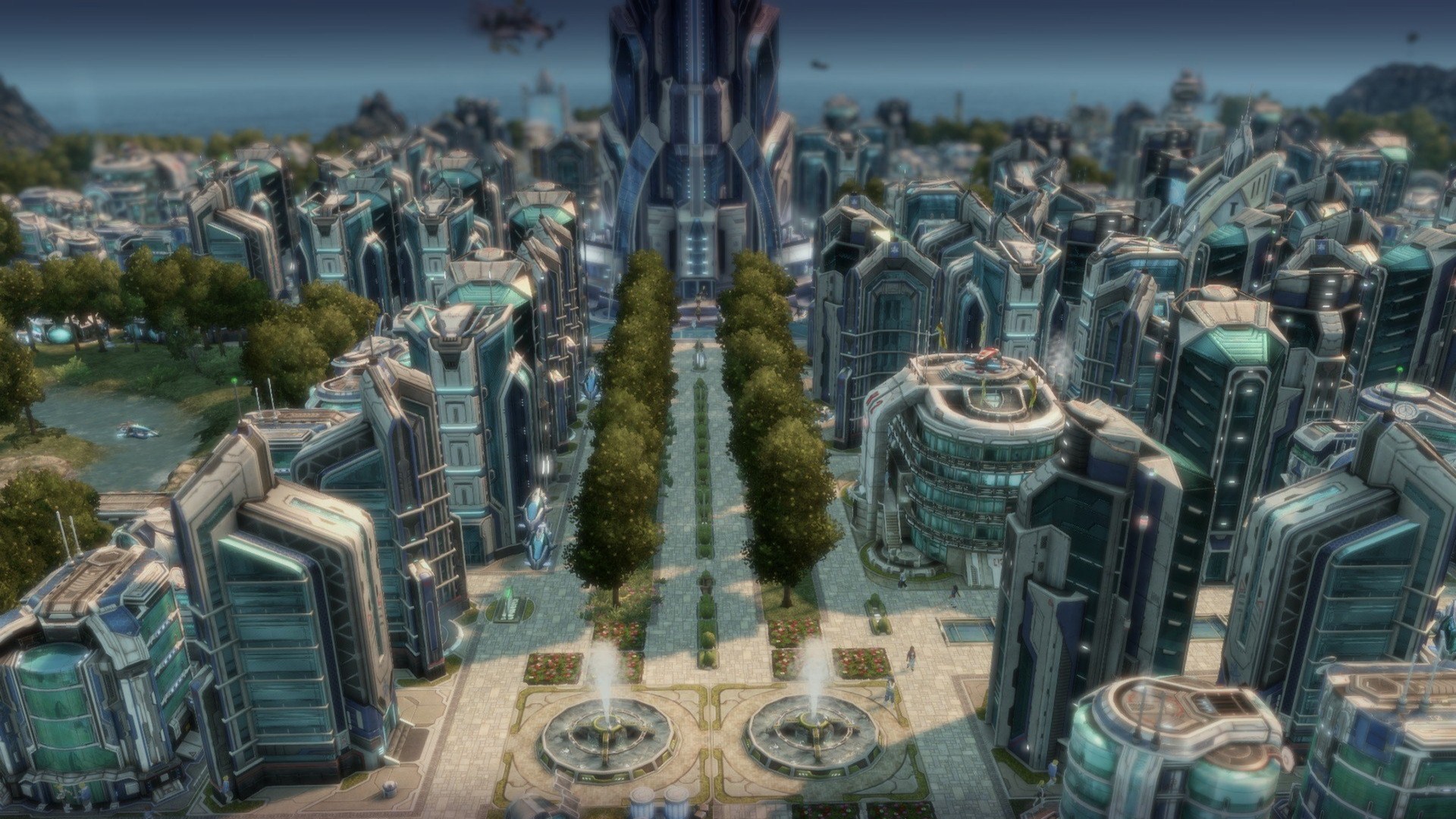 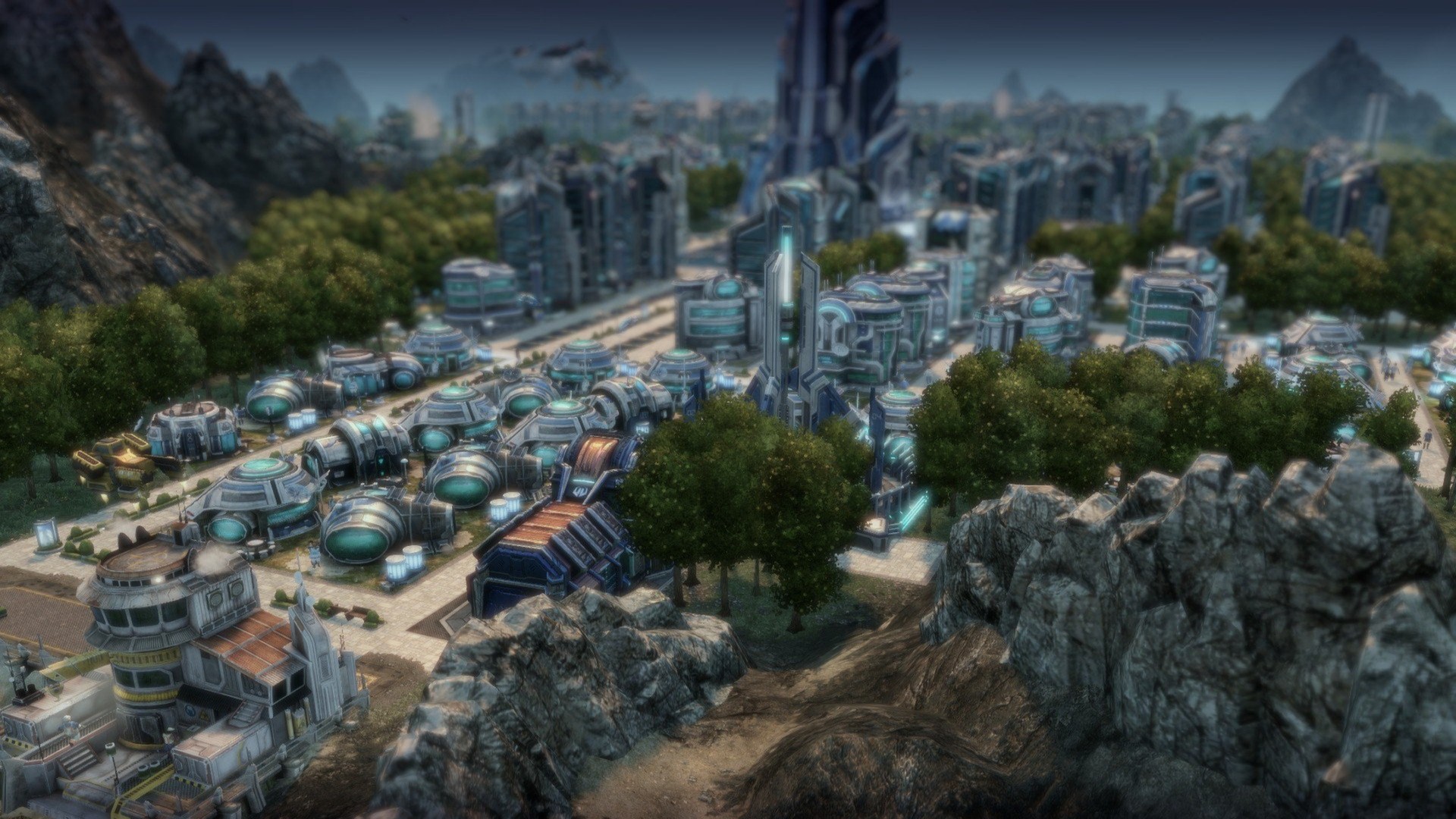 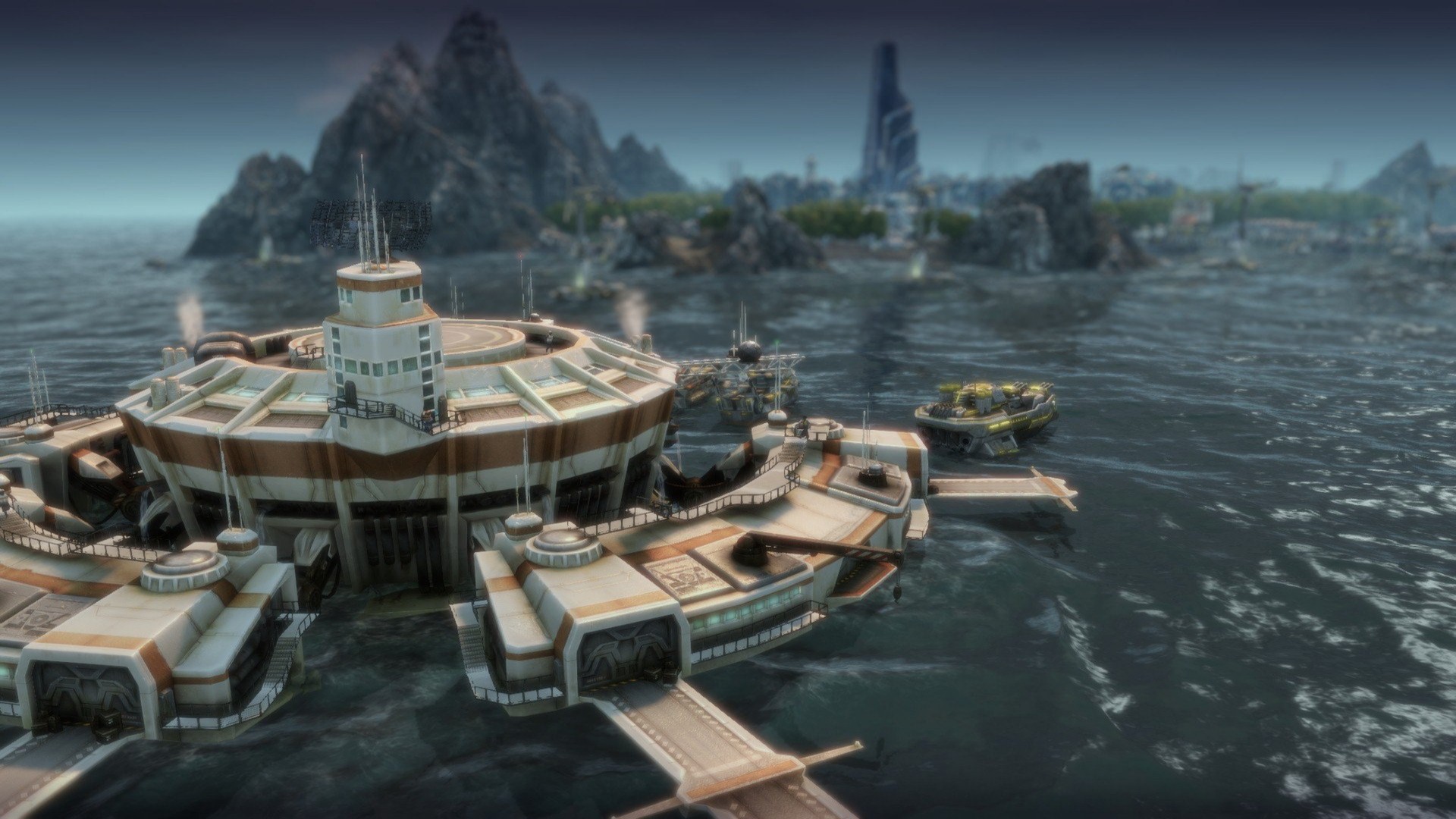 In the depths of the ocean and hidden in overgrown stones for years, the Techs unleash their ultimate power: Geothermal Energy Generation. The most powerful tool of the future forces the world of 2070 to expand exploration into the deep blue sea. Becoming the focus of gameplay, underwater plateaus offer new industries, large production chains, and resources.

Success elevates the Techs to a new level: the Genius population. They assert themselves even over the ocean’s surface. An impressive monument and various new buildings strengthen their position.

Underwater exploration and exploitation require players to take advantage of their environment and master a brand-new resource, using diplomacy and trade as powerful weapons to make their civilizations thrive in this hostile environment.

Bound to islands lost in the deep blue sea, players will have to conquer remaining stretches of land and dive underwater to create a futuristic, submerged industry to support an expanding economy.

Even though evolution is at the heart of the gameplay, don’t underestimate the environment – beware of devastating natural disasters like tsunamis!

Start by embodying either the Eco or Tycoon faction, gain experience, and take control of the Techs.