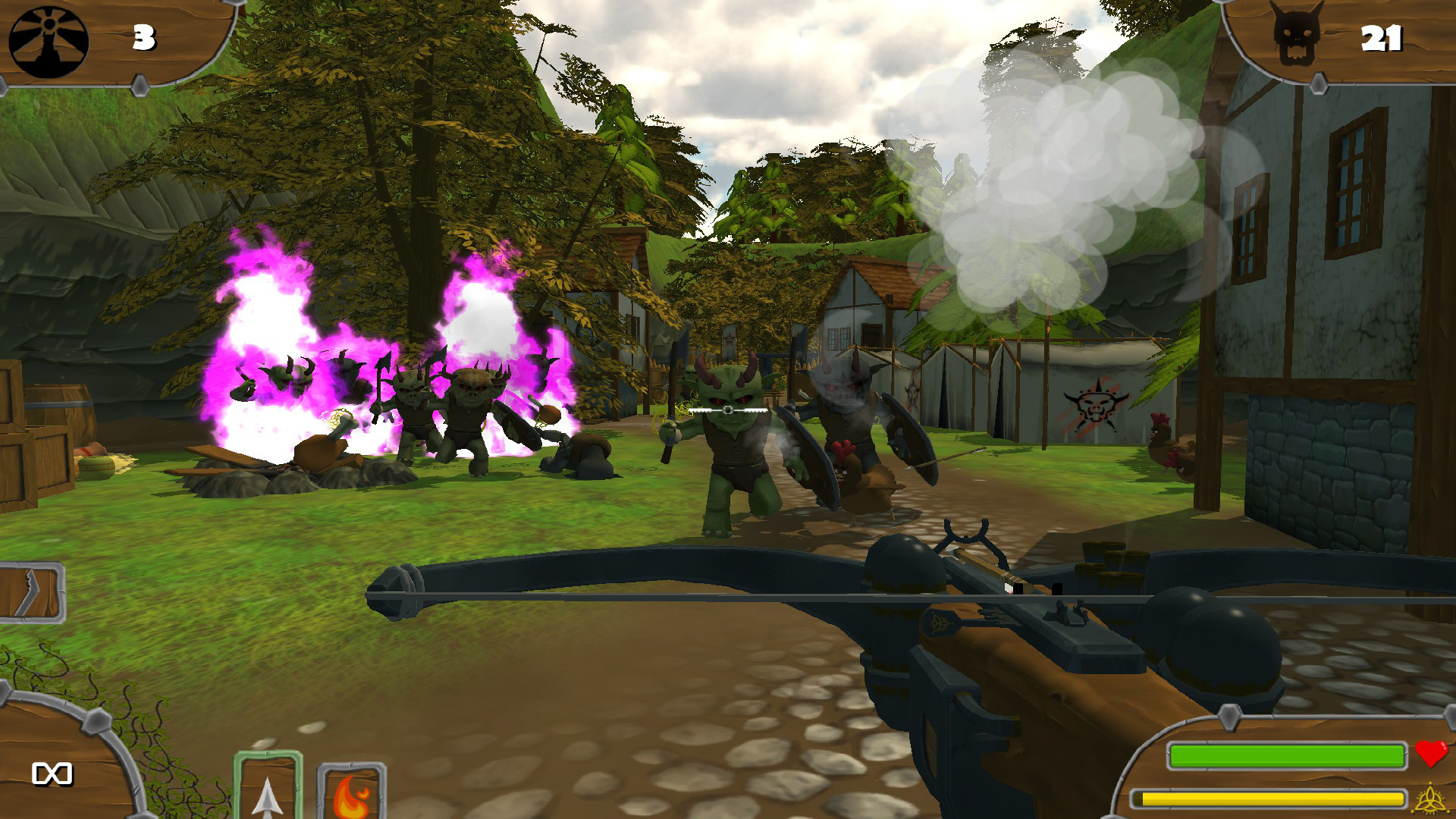 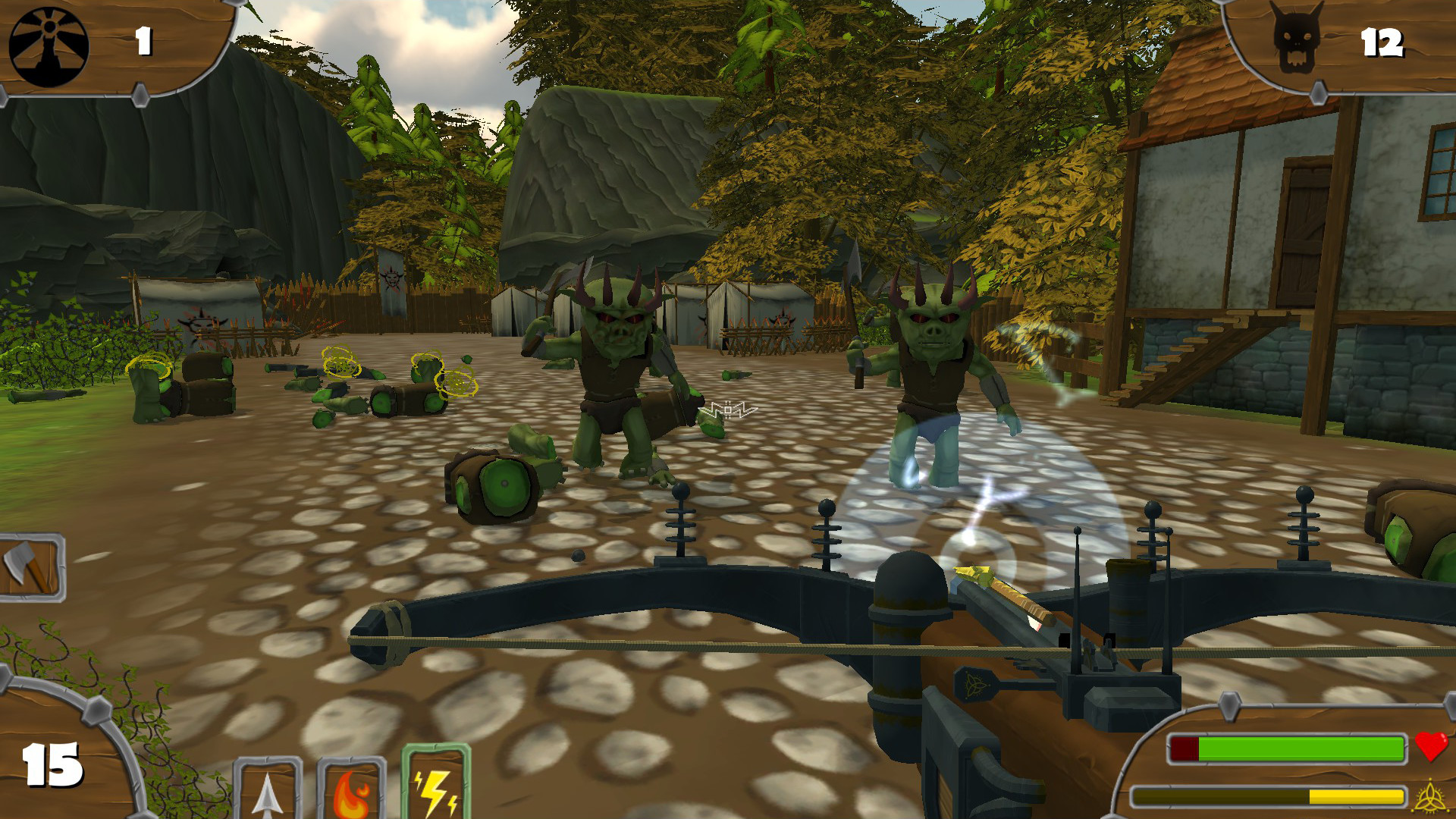 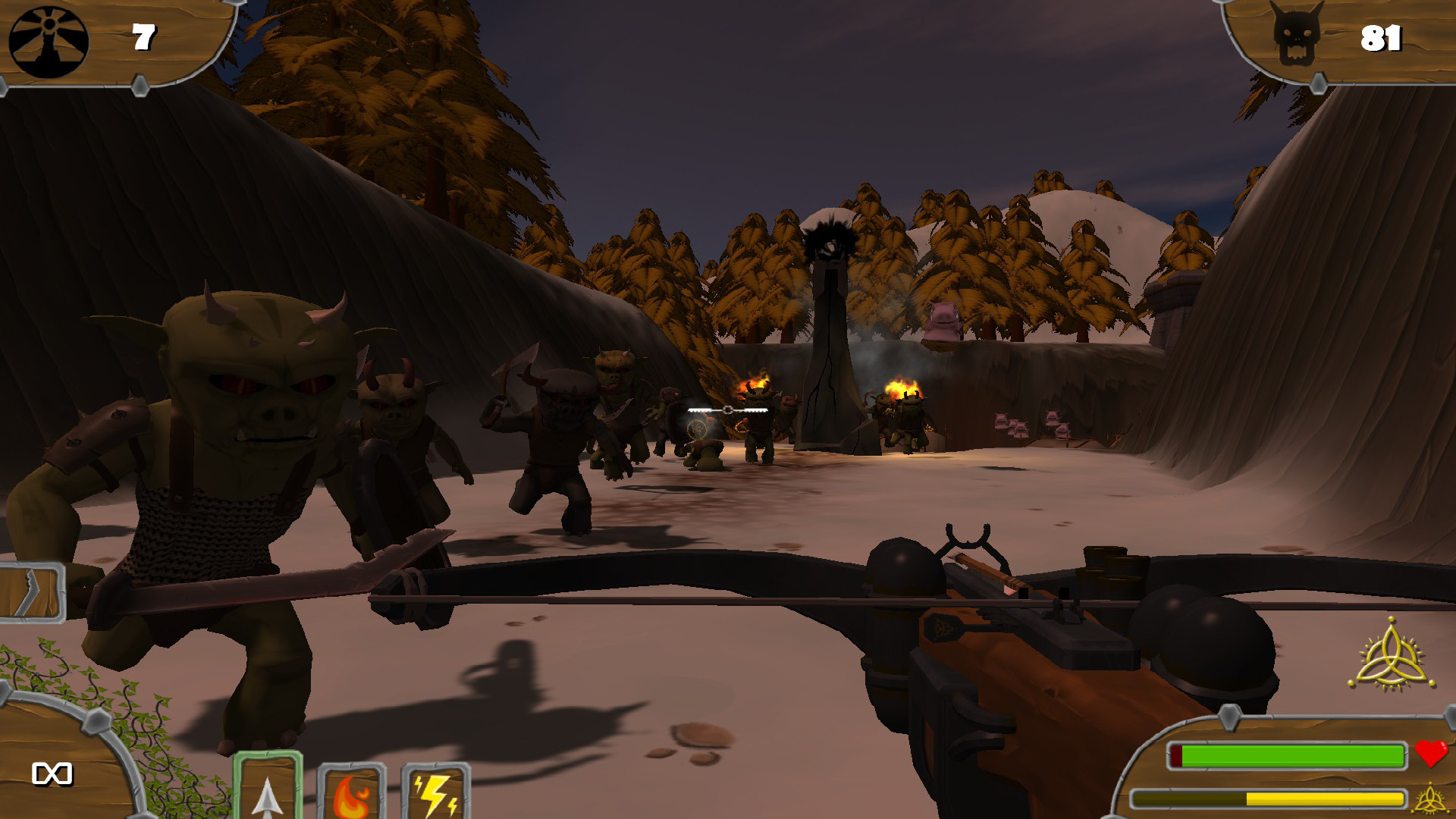 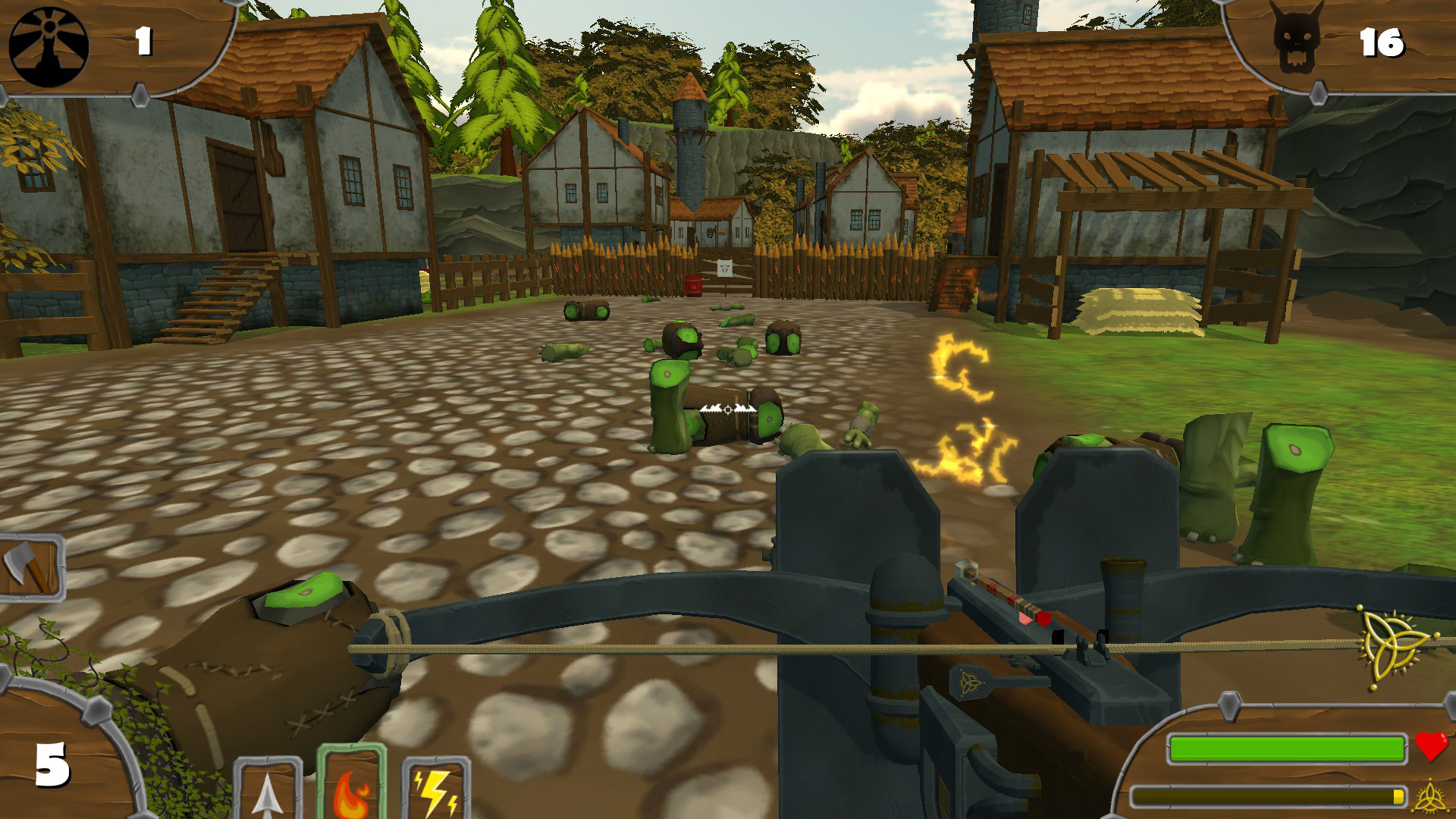 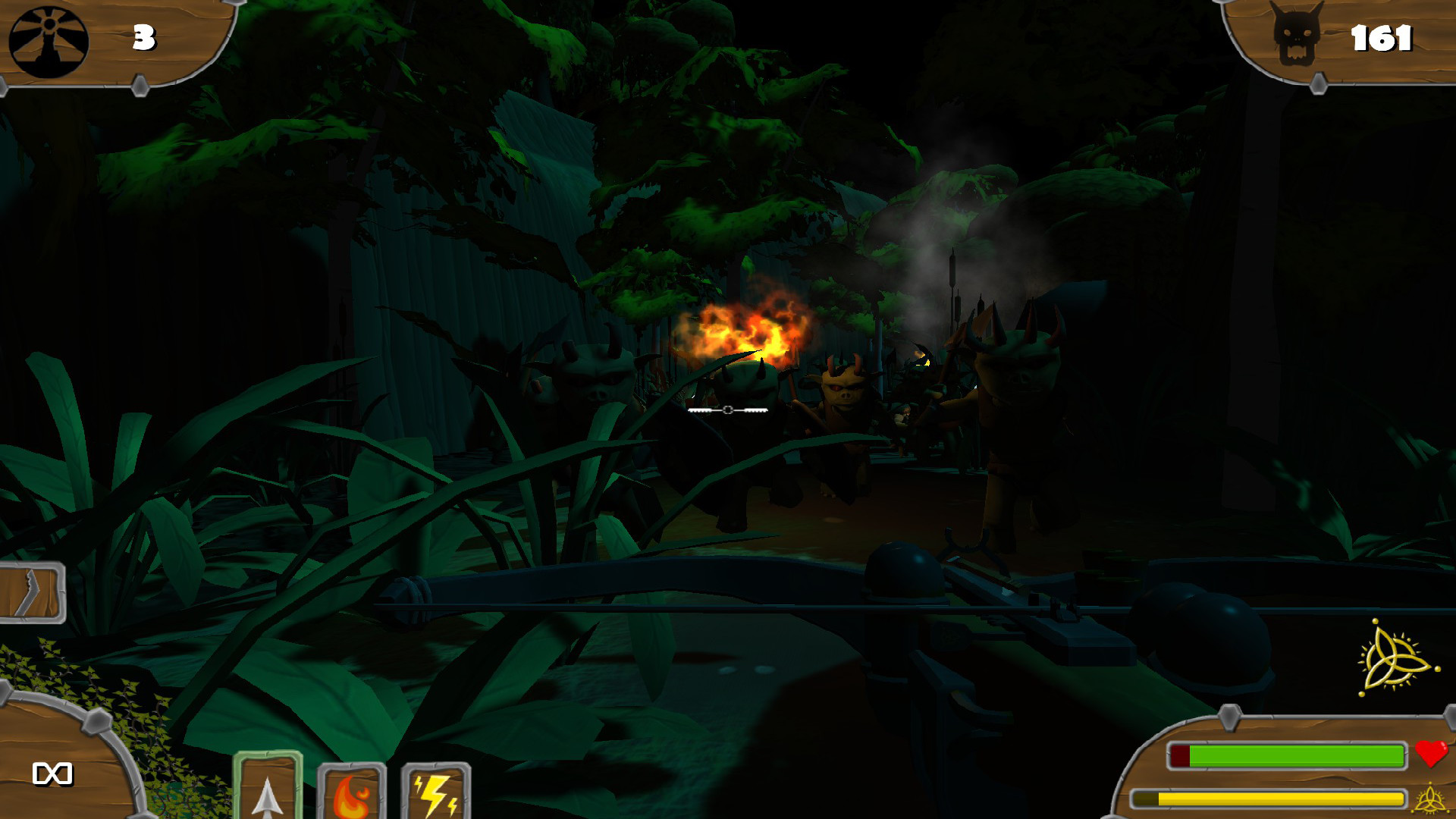 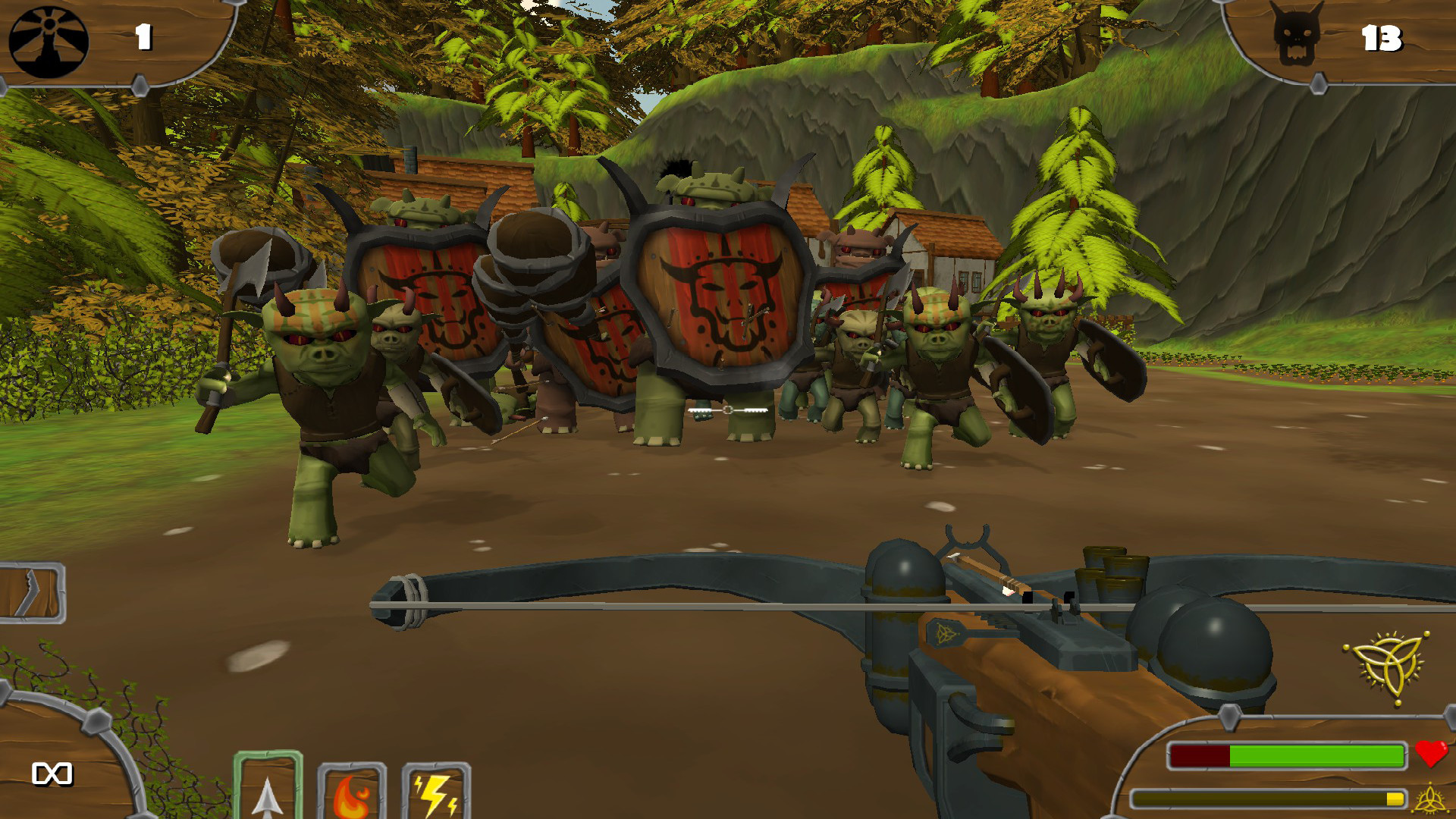 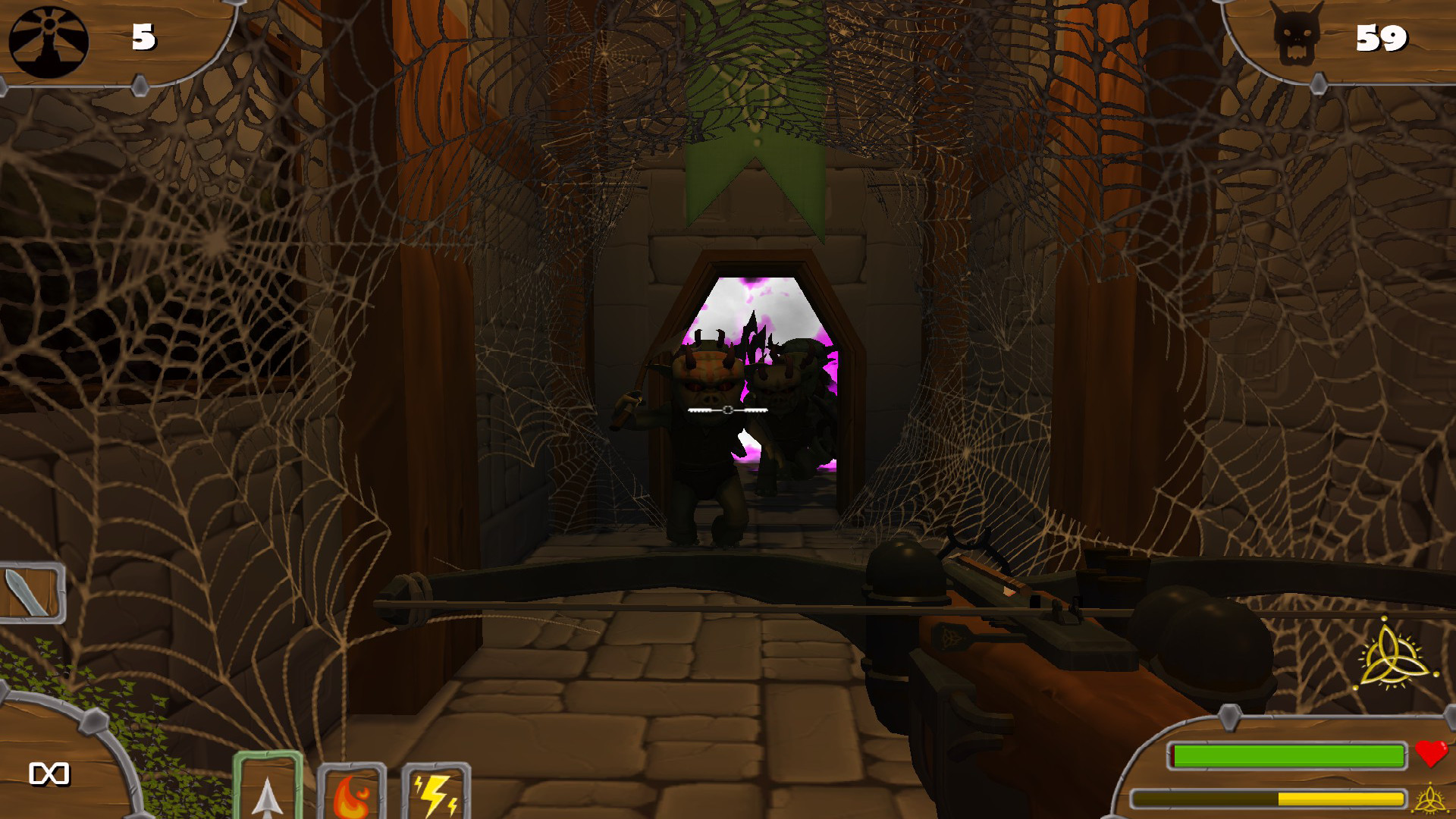 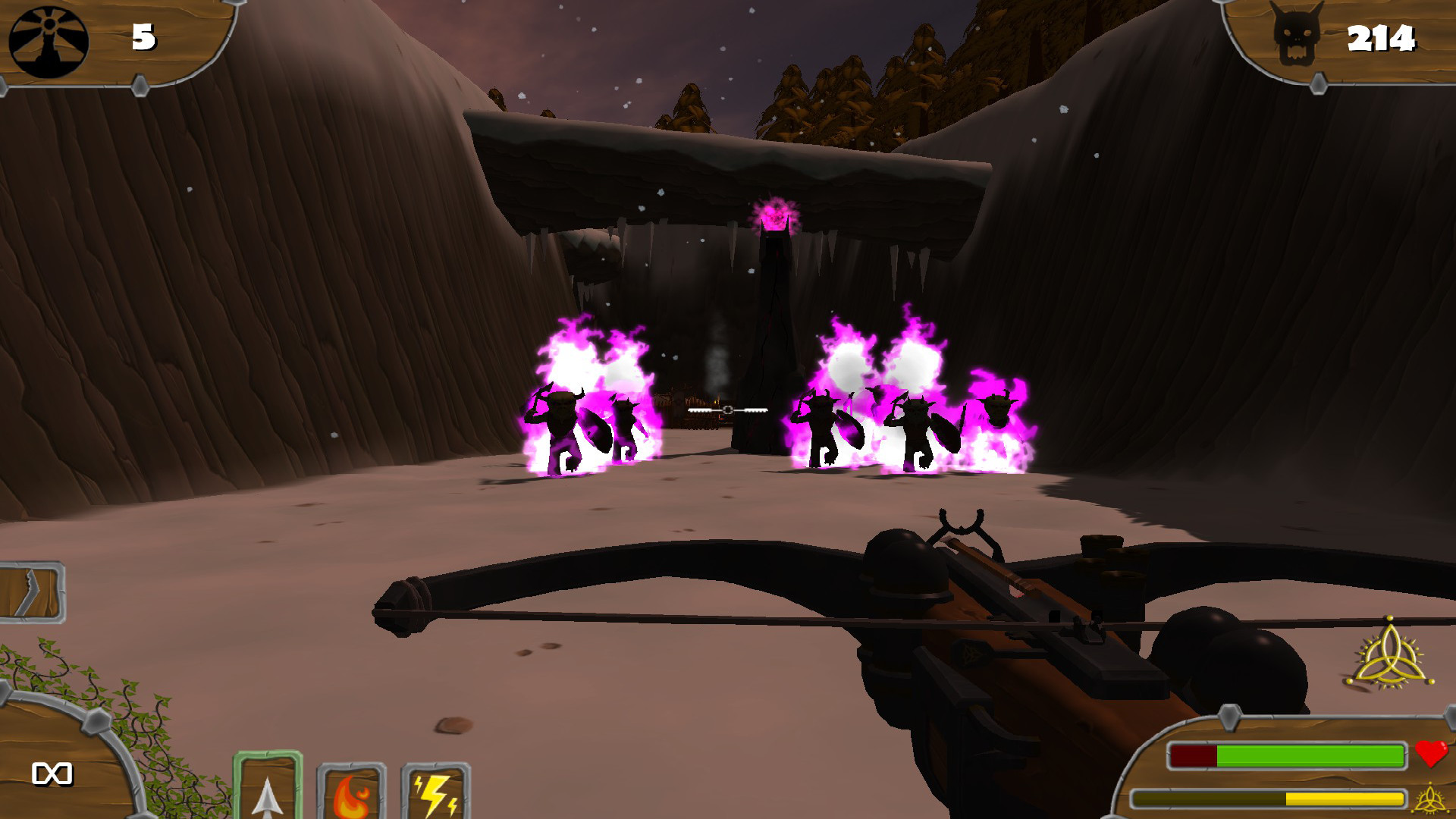 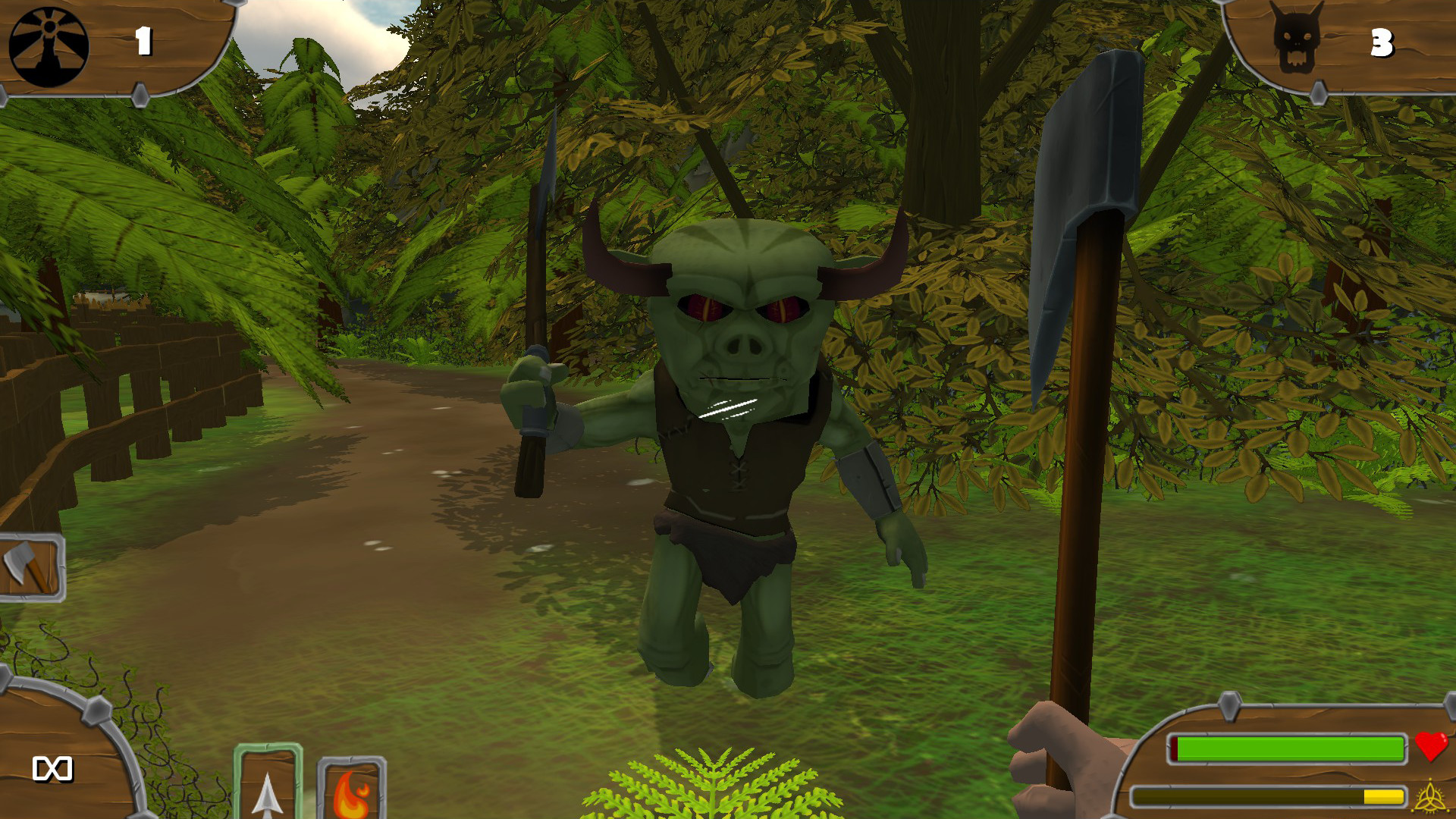 The world has been overrun by Orcs, the few humans who survived the great Orc uprising have fled their homes. Towns and castles have been left abandoned, the world is at the mercy of the ferocious invading armies. Stubborn and determined you refused to run or die, hiding in the thick forest near your home plotting your revenge has led to the creation of a weapon to rival any sword, counter any magic and pierce damn near anything with lethal force. It is now up to you alone, armed with your revolutionary new weapon, to enact revenge against the hordes and cleanse your lands of their stench.

The Crossbow! – Drum fed with an infinite supply of bolts this is the only weapon any Orc Slayer really needs! Combine that with the powerful, magical special bolts dotted around the world and you’ve got a weapon fit to take on any army of unruly Orcs! Earn experience from your slaying and use it to upgrade your crossbow and special bolts for maximum Orc Slaying!

The Orcs! – Near brainless, angry and motivated by only one thing; killing anything that isn’t an Orc. Several different types of Orc and their minions make up the invasion force, each requiring a different approach to deal with, each with their own unique menace. Hit them with everything you’ve got!

The World! – Travel across the land through towns, valleys, castles and swamps! Leaving no stone unturned in your pursuit of total Orc annihilation. Careful though, they are easier out in the open in broad daylight than they are in the dark, damp corridors of a castle. Or thick foliage of a swamp.