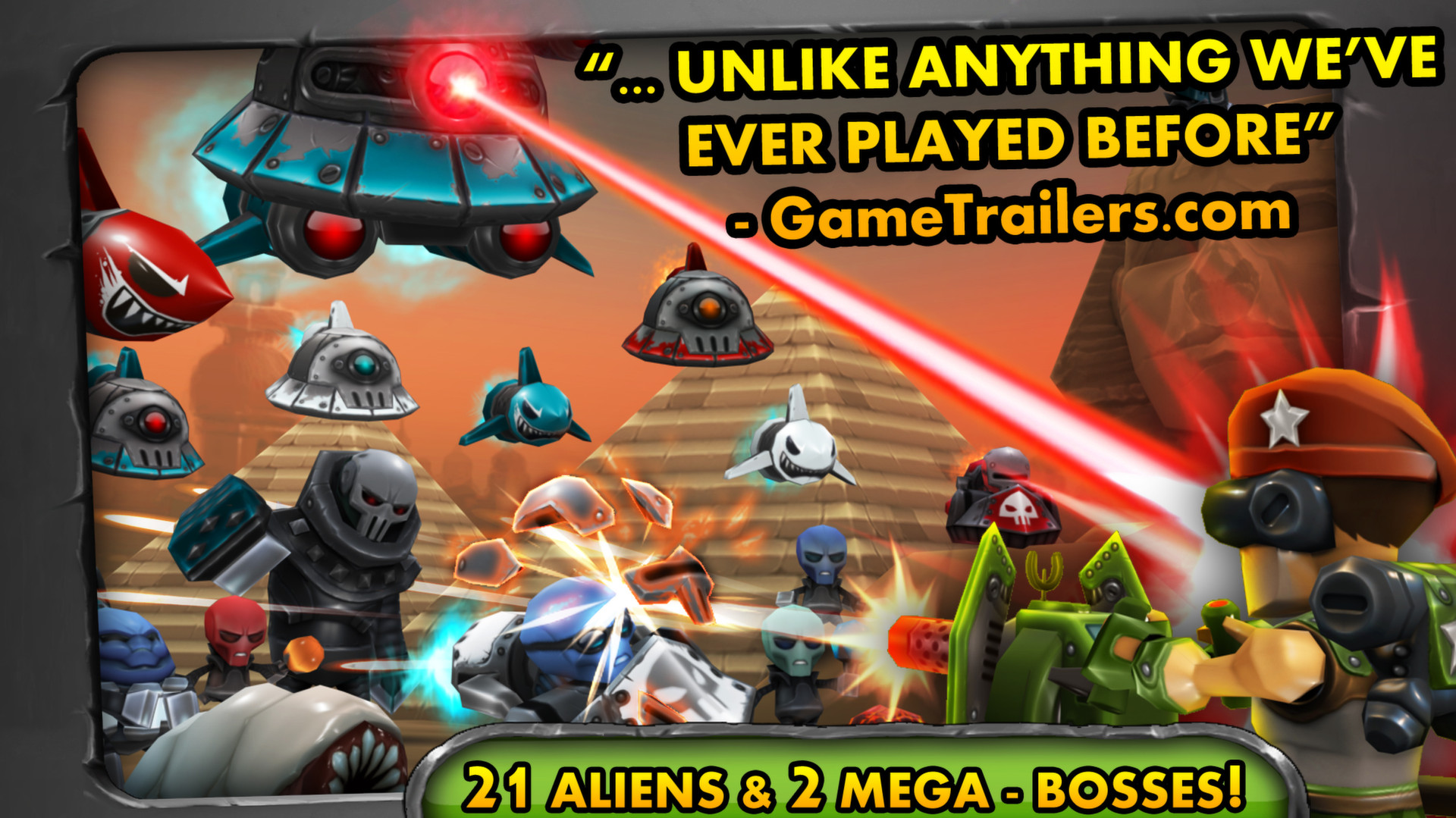 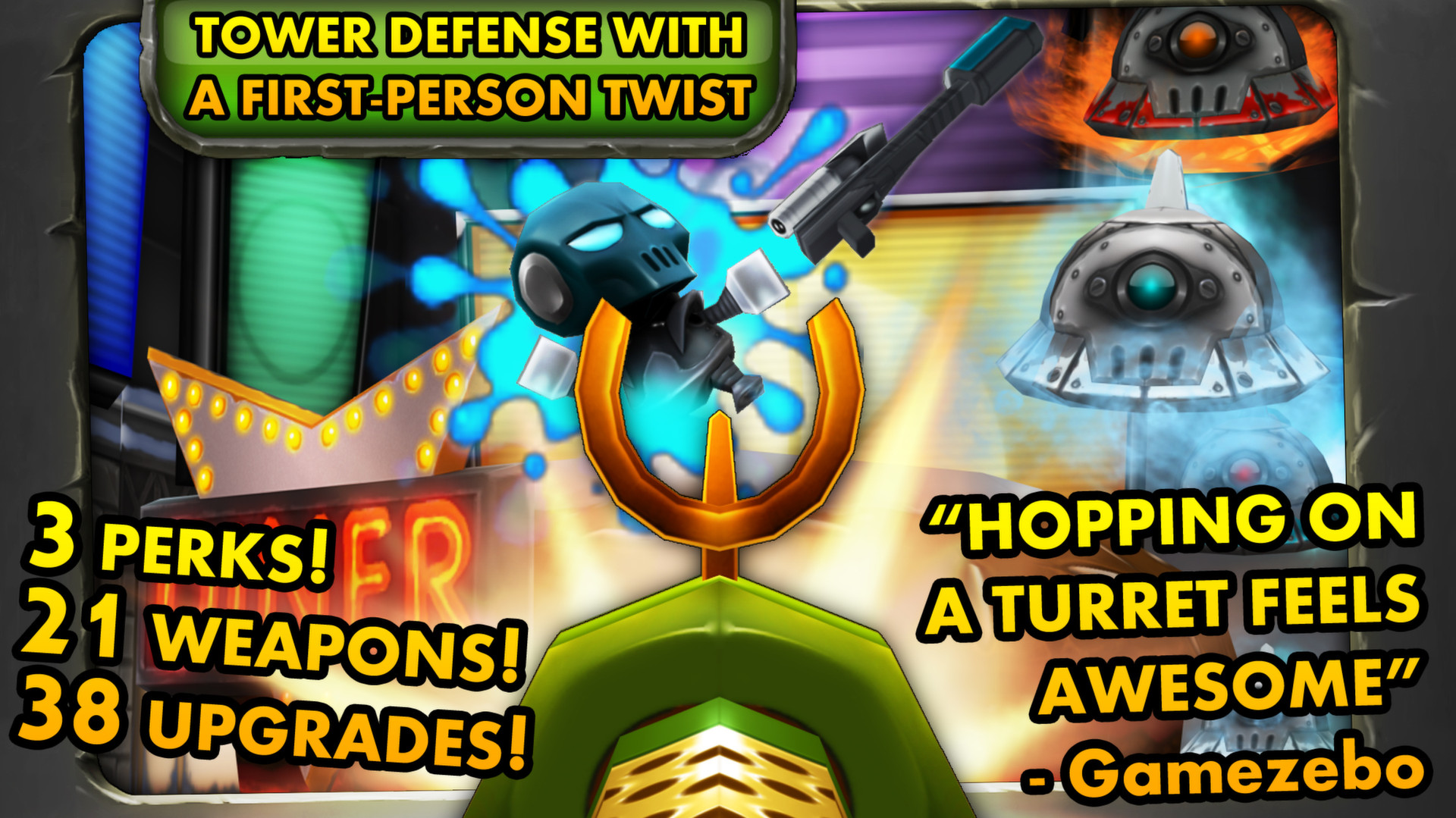 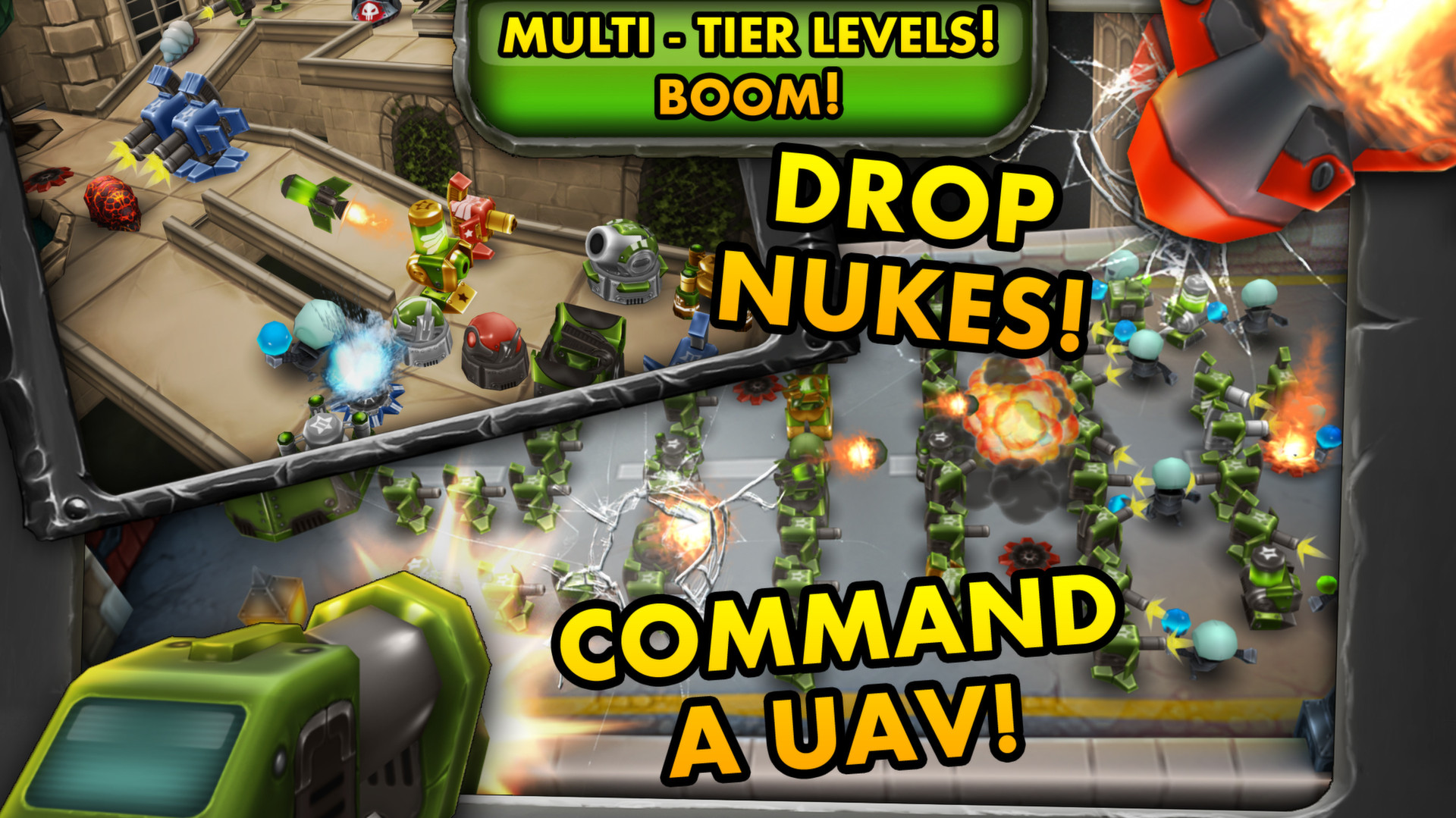 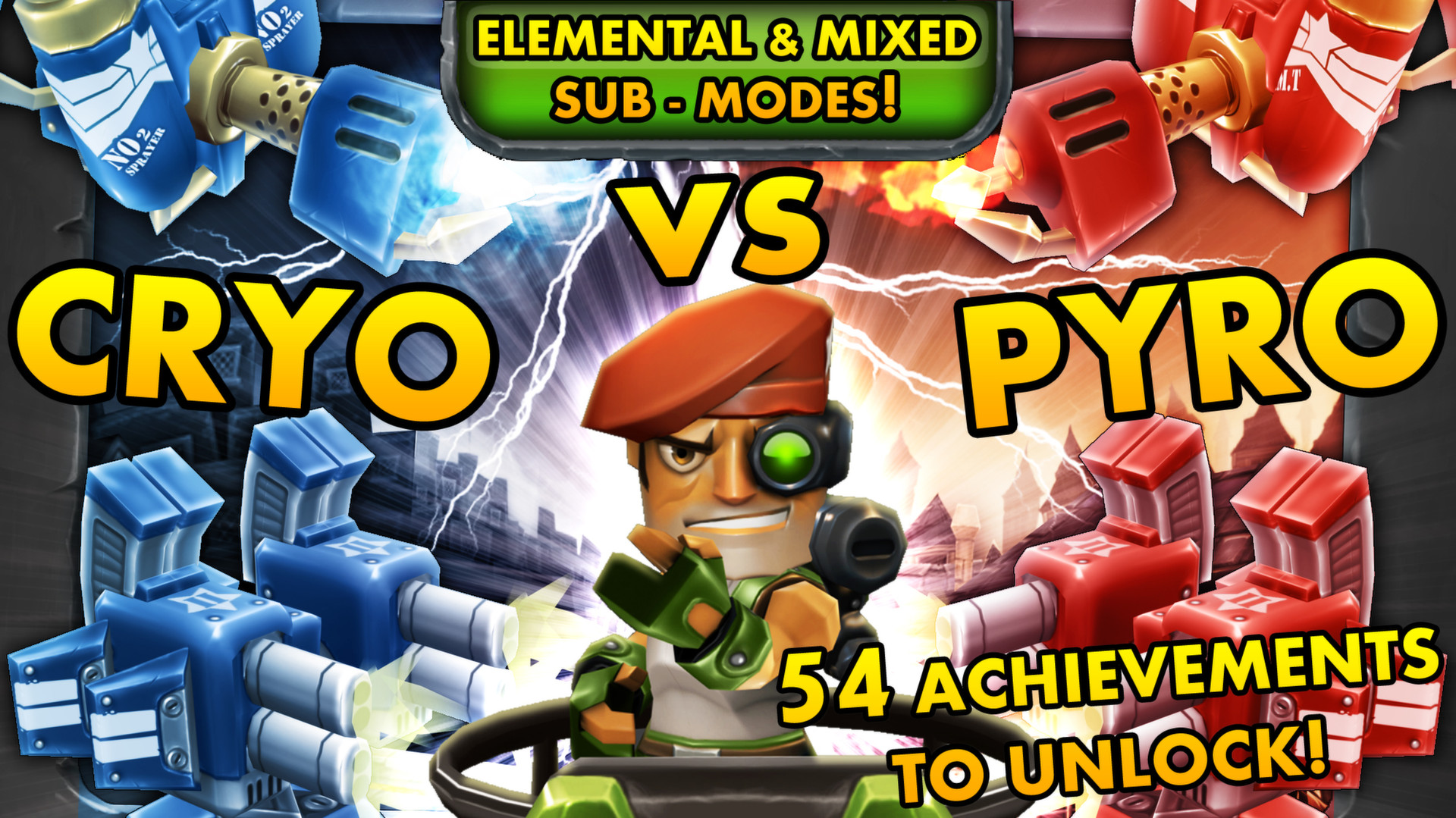 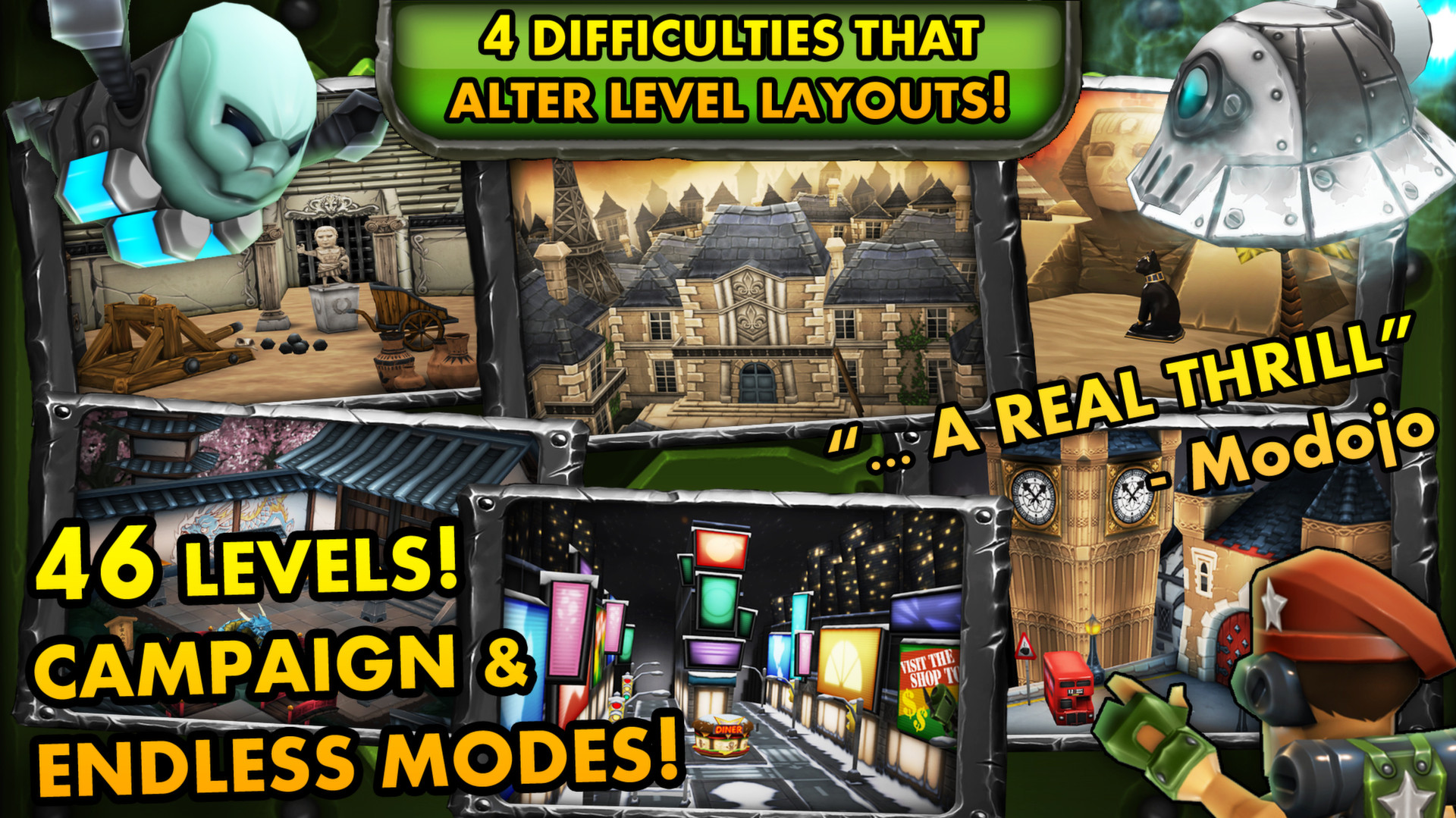 A Tower Defence game, that actually allows you to sit inside the turret and come face-to-face with the enemies!

You are Commando Jack, the baddest, meanest, toughest soldier planet Earth has to offer, and it's up to you to save the world from alien invasion. Build a maze of towers to deal damage to the Aliens, and if that's not enough, jump into your turret and take those suckers down yourself!

"...unlike anything we've ever played before on our mobiles" — GameTrailers

Tons of levels, hours of gameplay.

Three stars to collect per level.