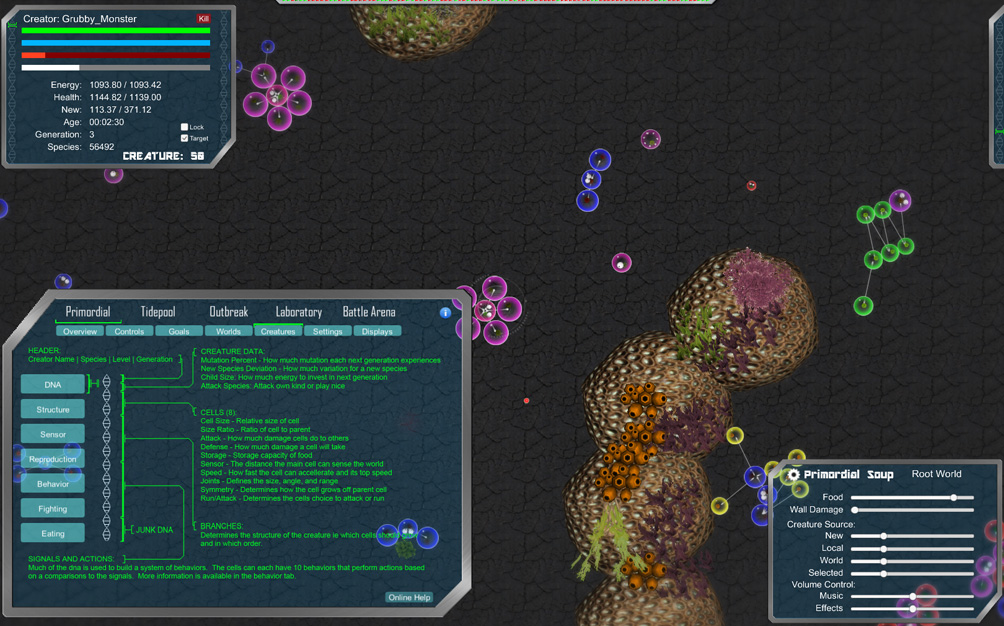 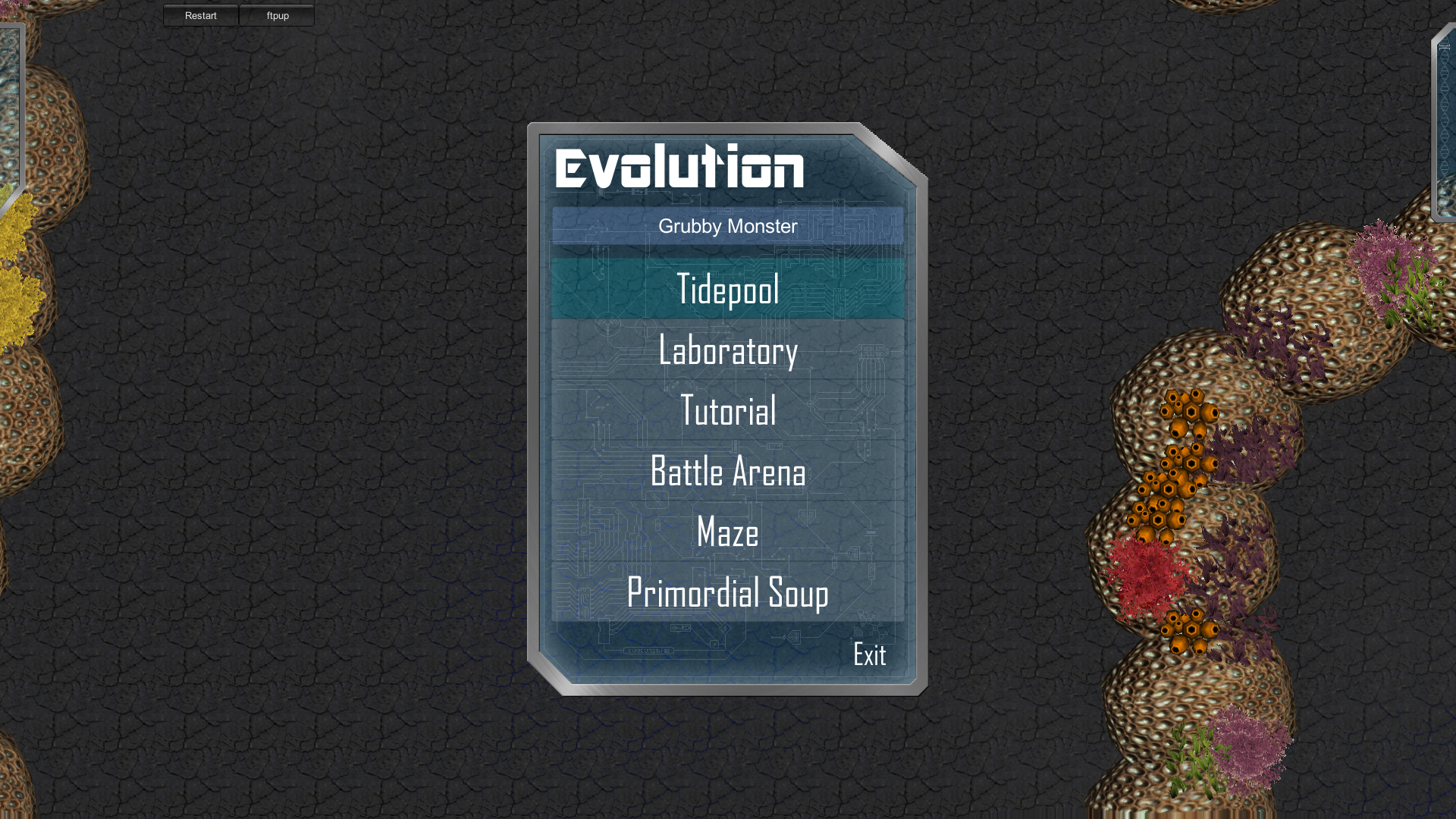 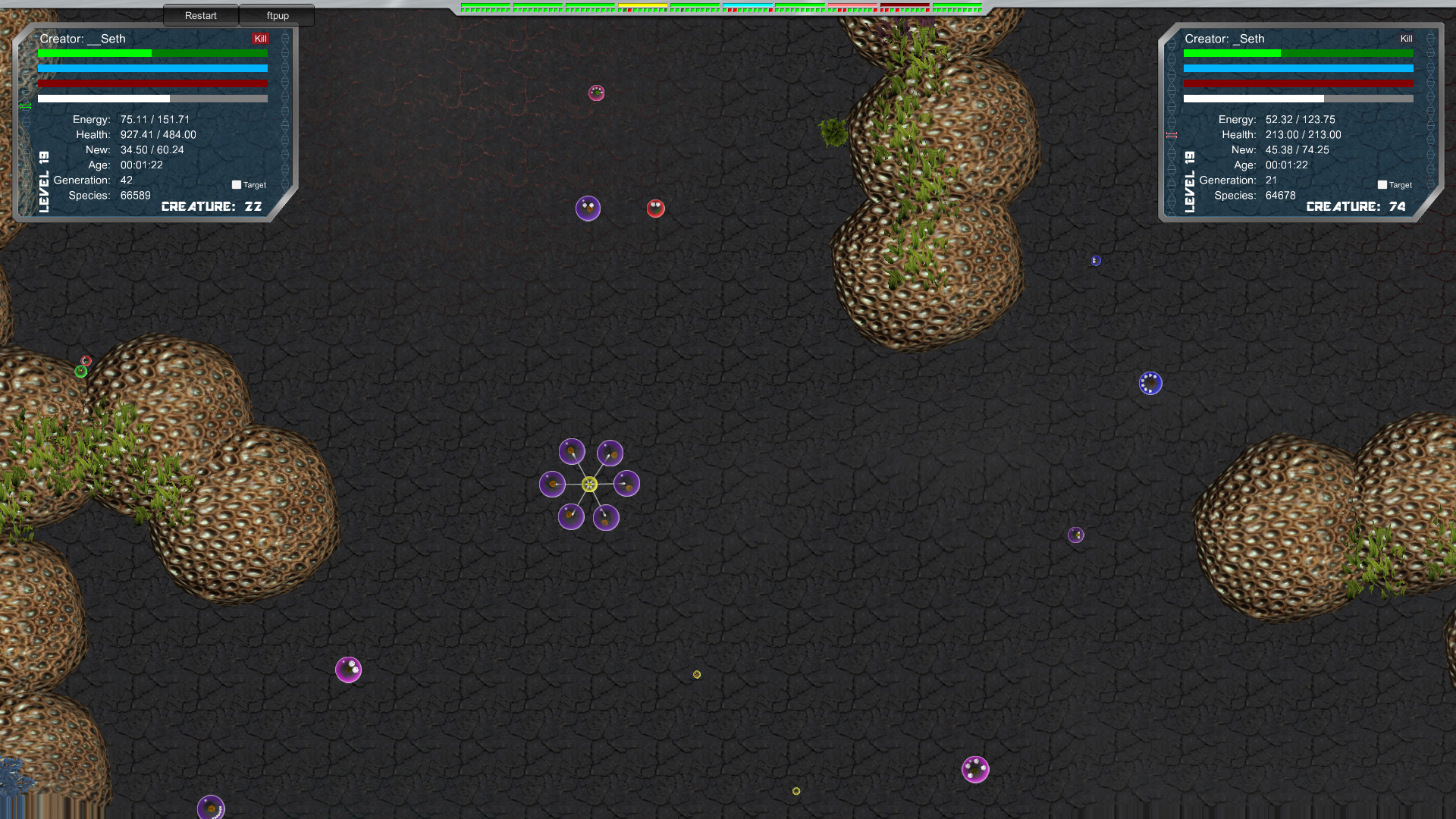 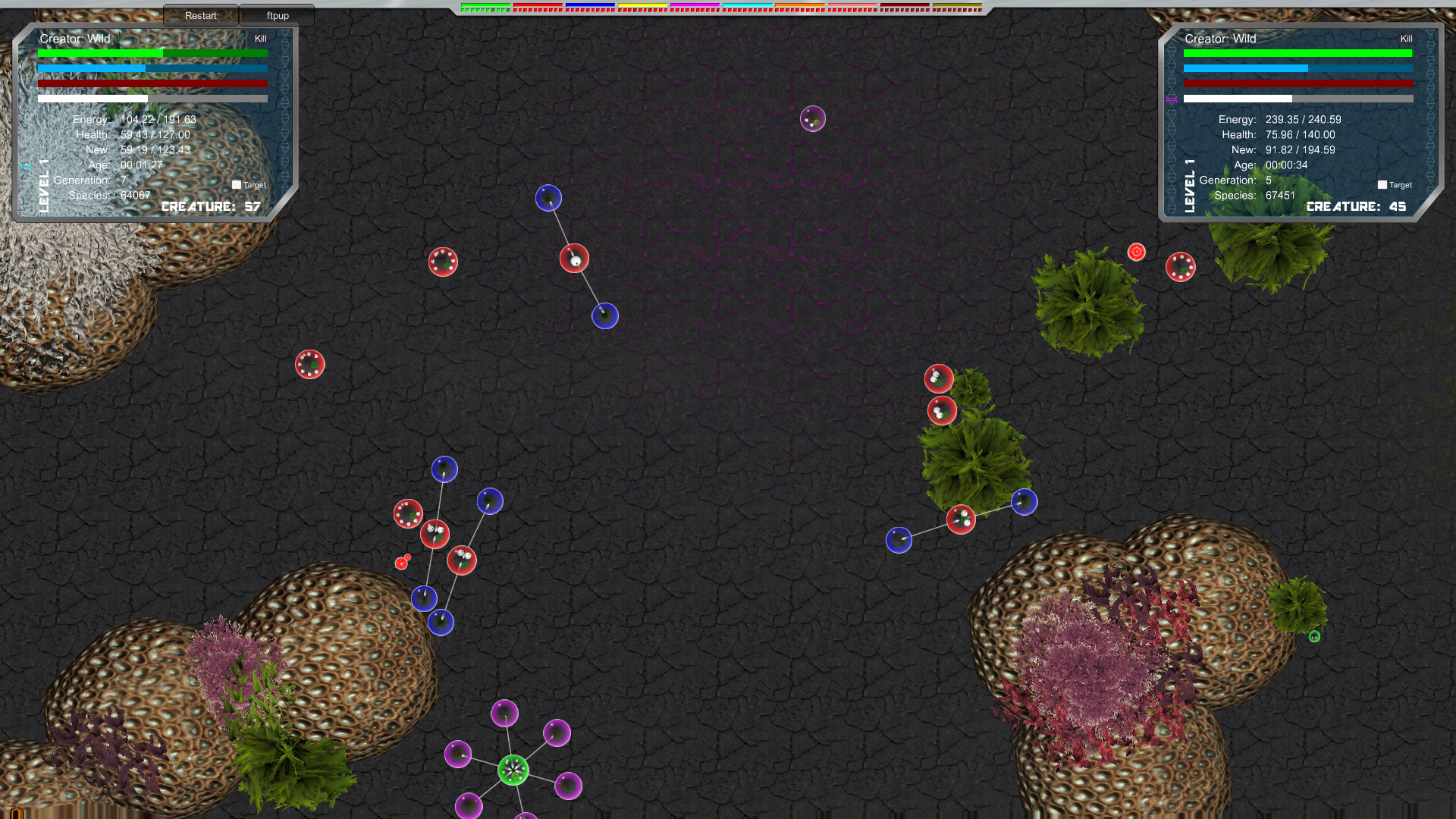 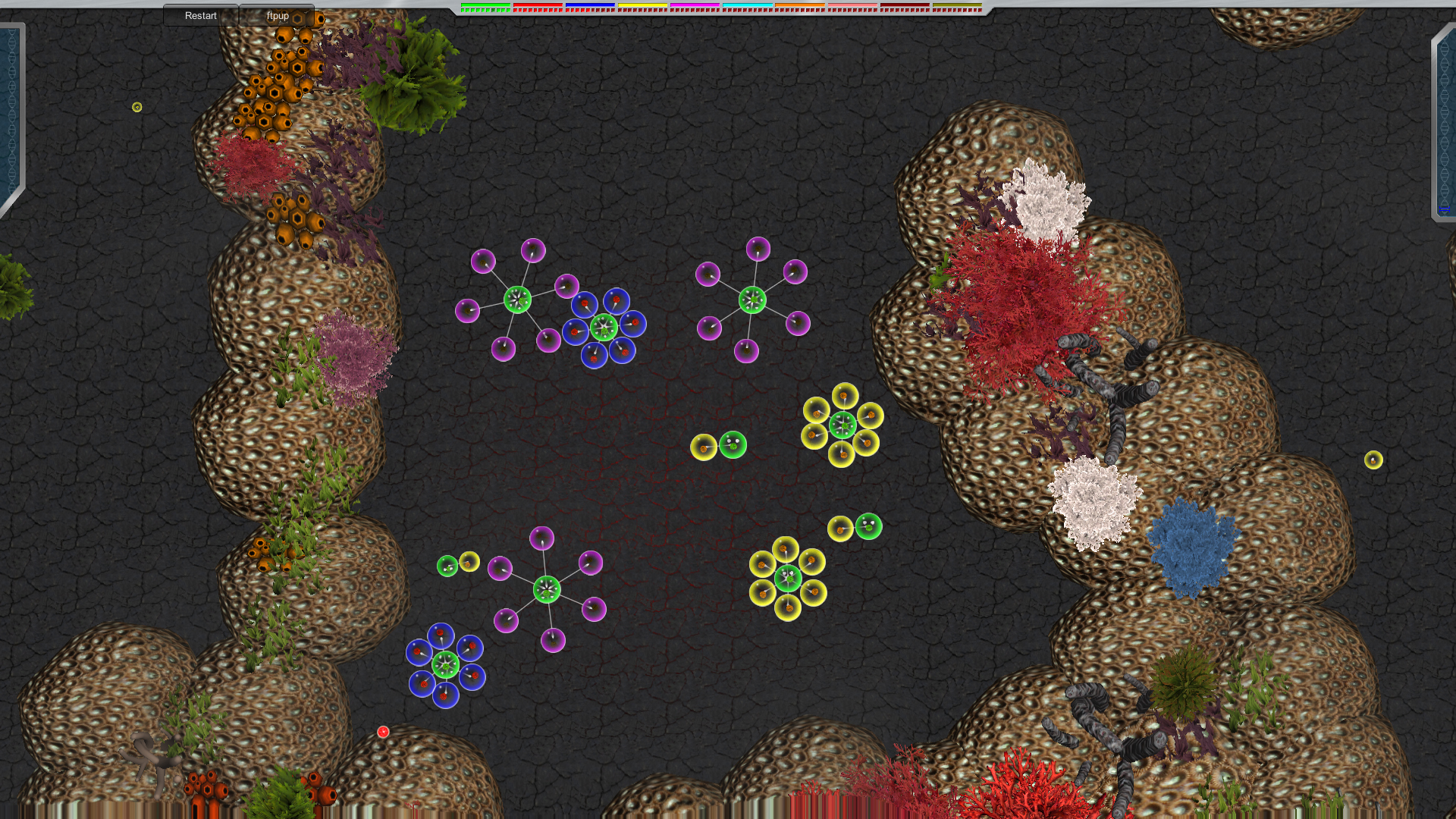 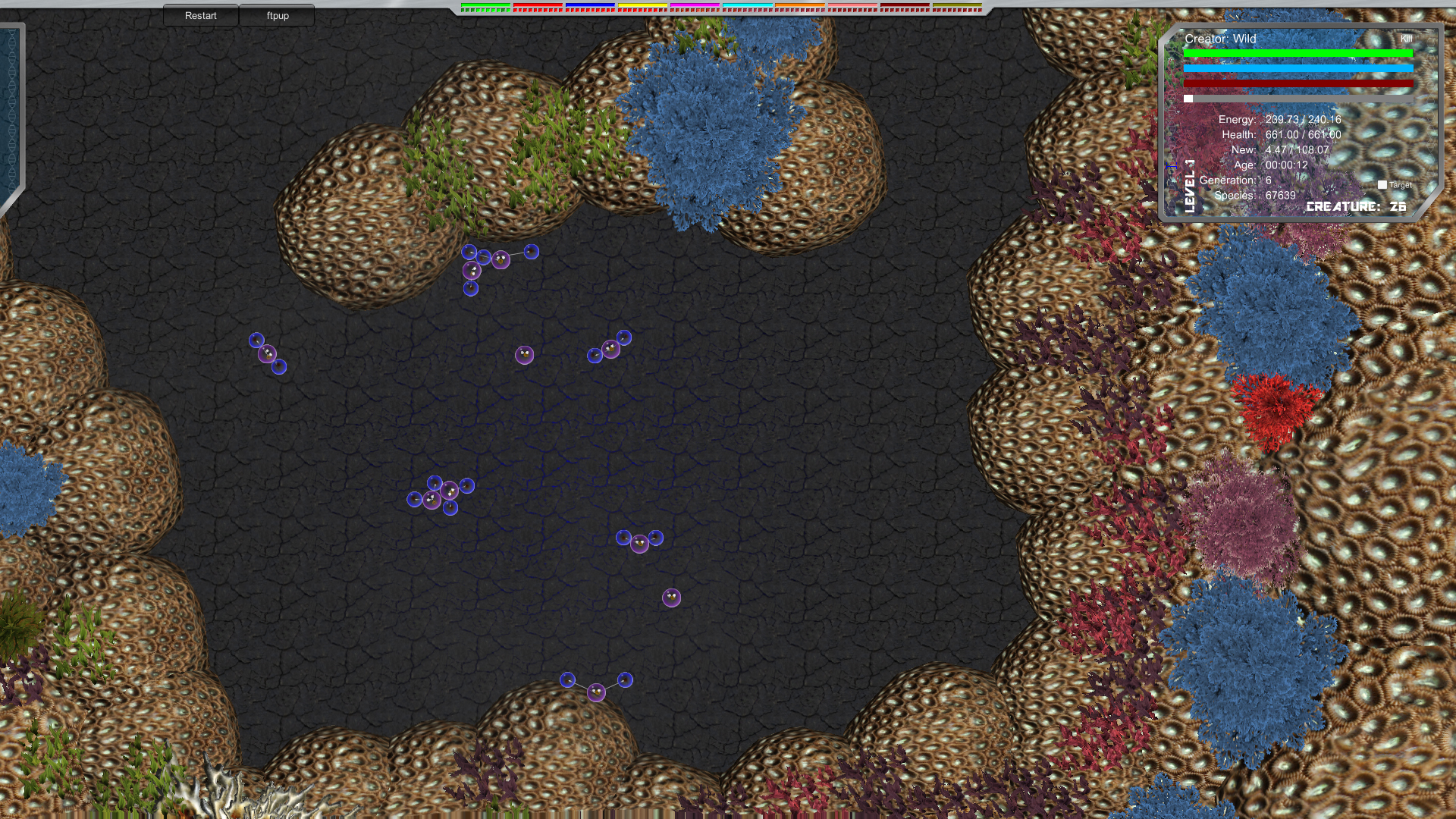 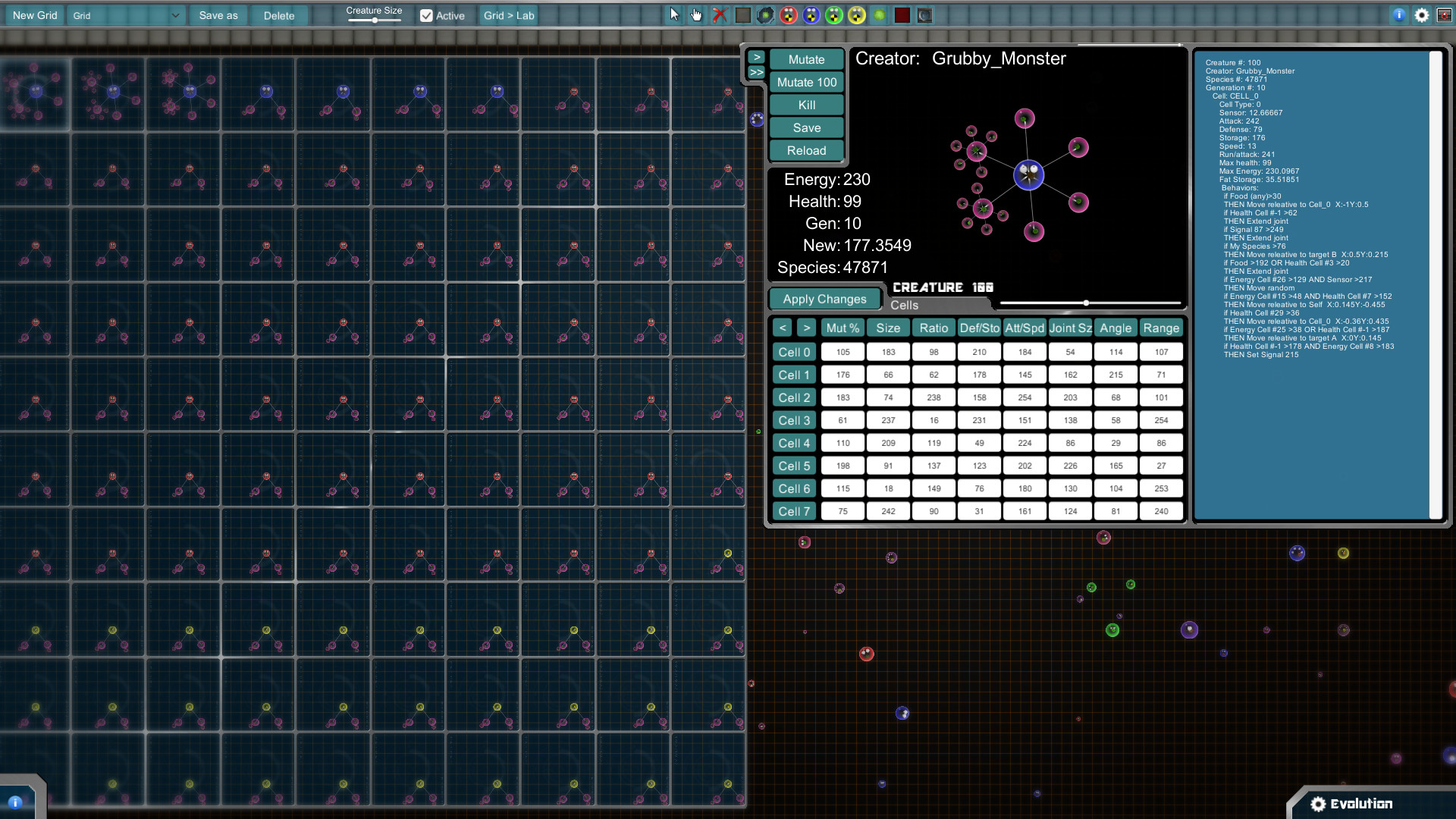 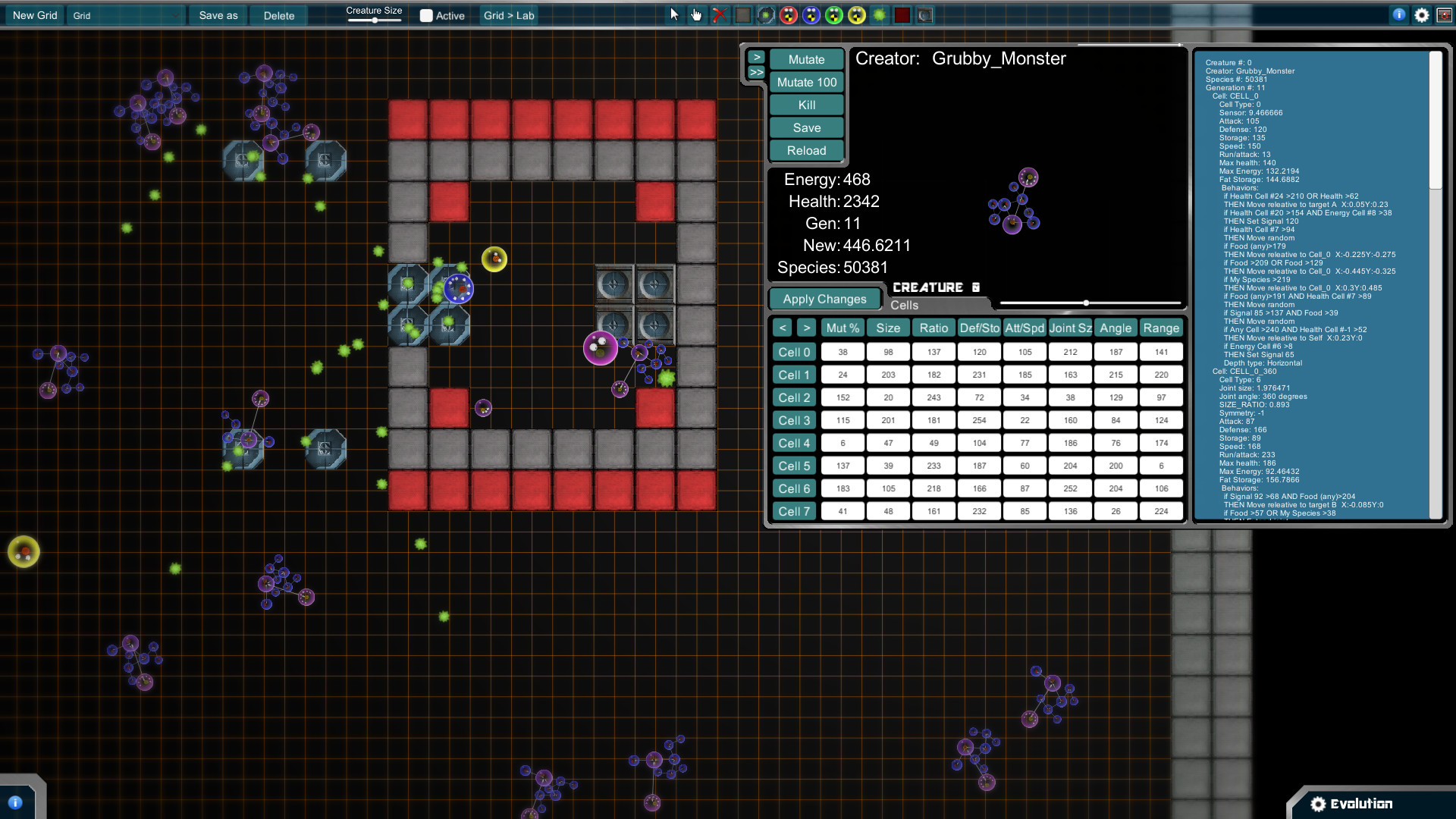 Evolution is a real time simulation of the evolutionary process. Creatures have DNA that defines their structure, traits, how they see the world around them, and how they react to it. Each creature is unique, most die quickly, some die a little slower, and others survive (some just like rocks, they usually die too). It is the survivors that reproduce and mutate, just a little, but enough to adapt to their environment. Early creatures are pretty basic but they have the capacity for some pretty elaborate behaviors and, to be honest, I am not sure how interesting this could get.

There are a number of games built around this evolution simulator. Primordial Soup is a free for all evolution platform where the creatures evolve mostly independently. You can help them along but its their world and they do what they like. To start you choose a world (or create a new one) and all the creatures become part of a global shared pool. It quickly becomes apparent that older more evolved creatures will dominate but there is always a chance you could evolve one that survives. Alternatively you can just start a new world and become the dominant creature there.

In Tidepool, the world is stacked in your favor to help you select and breed the creatures you deem fit to live. At first you control a small handful of creatures and help them find food, focus on those that move independently, or just let them figure it out. You compete against creatures that evolved in other tide pools from other players so it is never the same game twice. If you do manage to take over the environment all your creatures level up and you start over competing against the next level of enemy creatures.

The laboratory is where you can experiment on your creatures, cross breed creatures with other creatures, manage, save and share your creatures, and apply targeted mutations. Unfortunately the laboratory was not secure enough and the inevitable outbreak occurred. In this micro battle to stop the spread of an unstoppable pathogen (that you foolishly created) you battle the creatures directly in a miniaturized ship. Save Patient Zero to save the world, unless the creatures manage to find their way into another human but what are the odds of that happening?