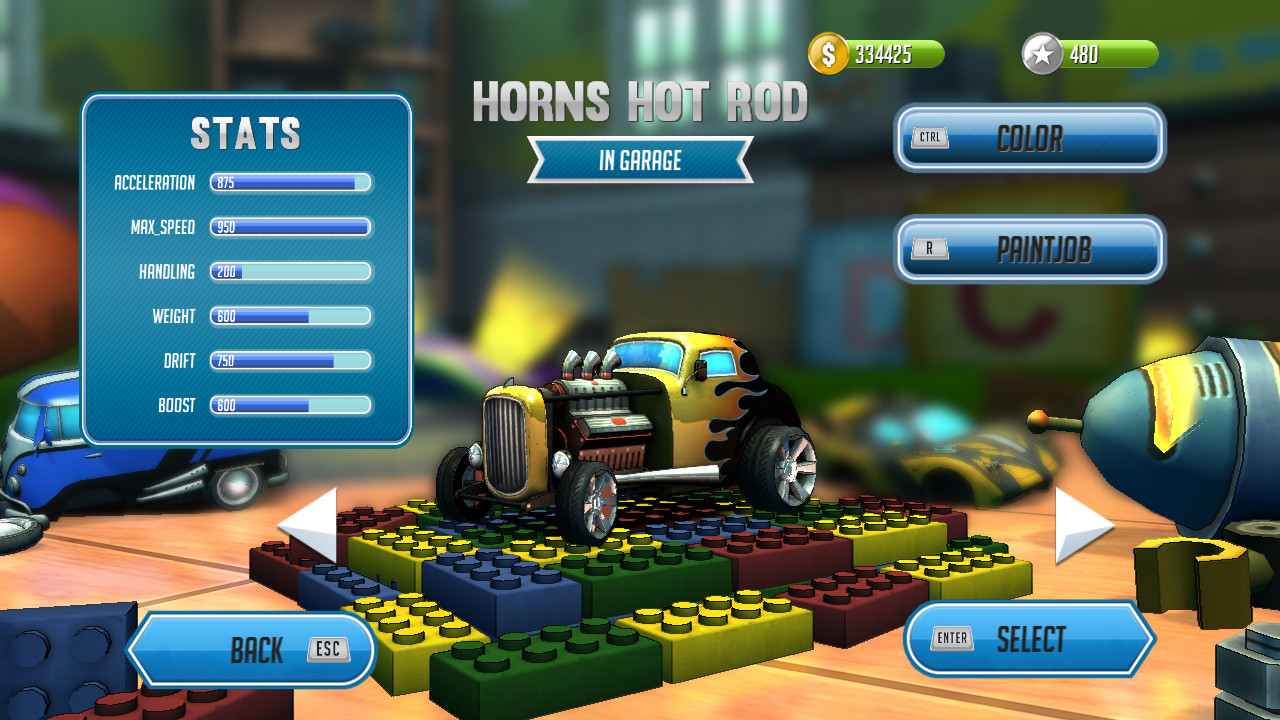 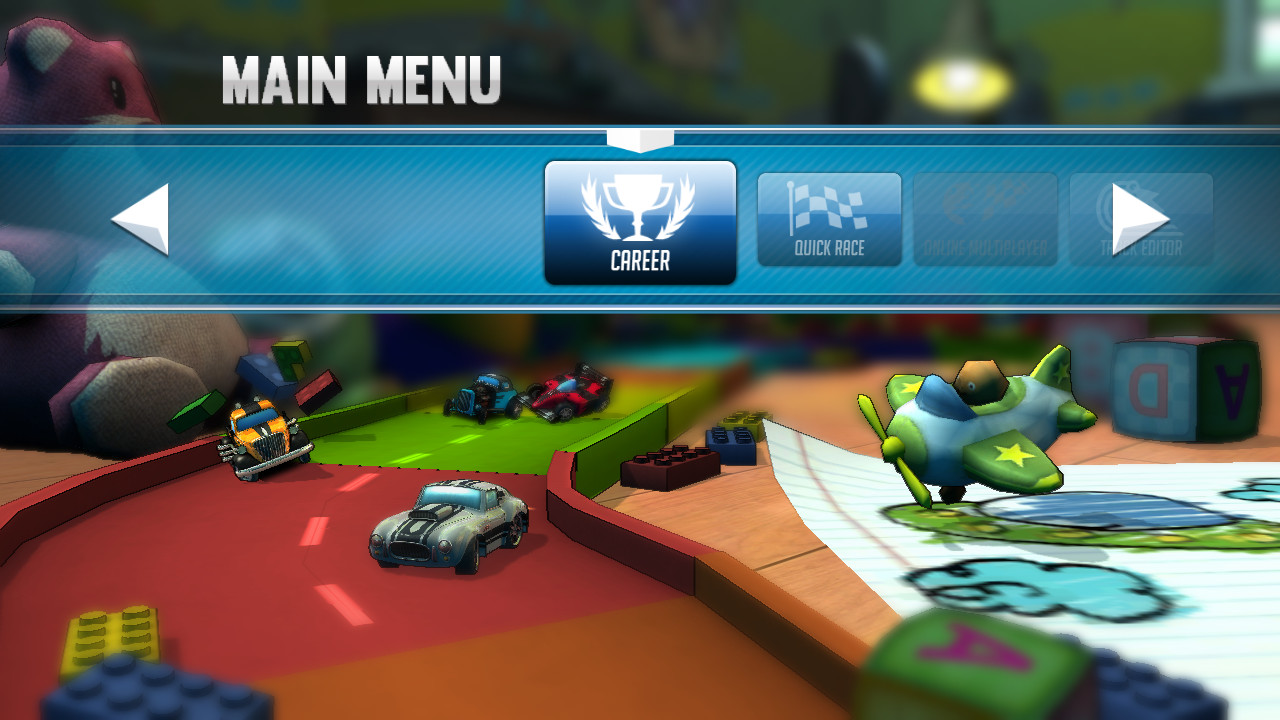 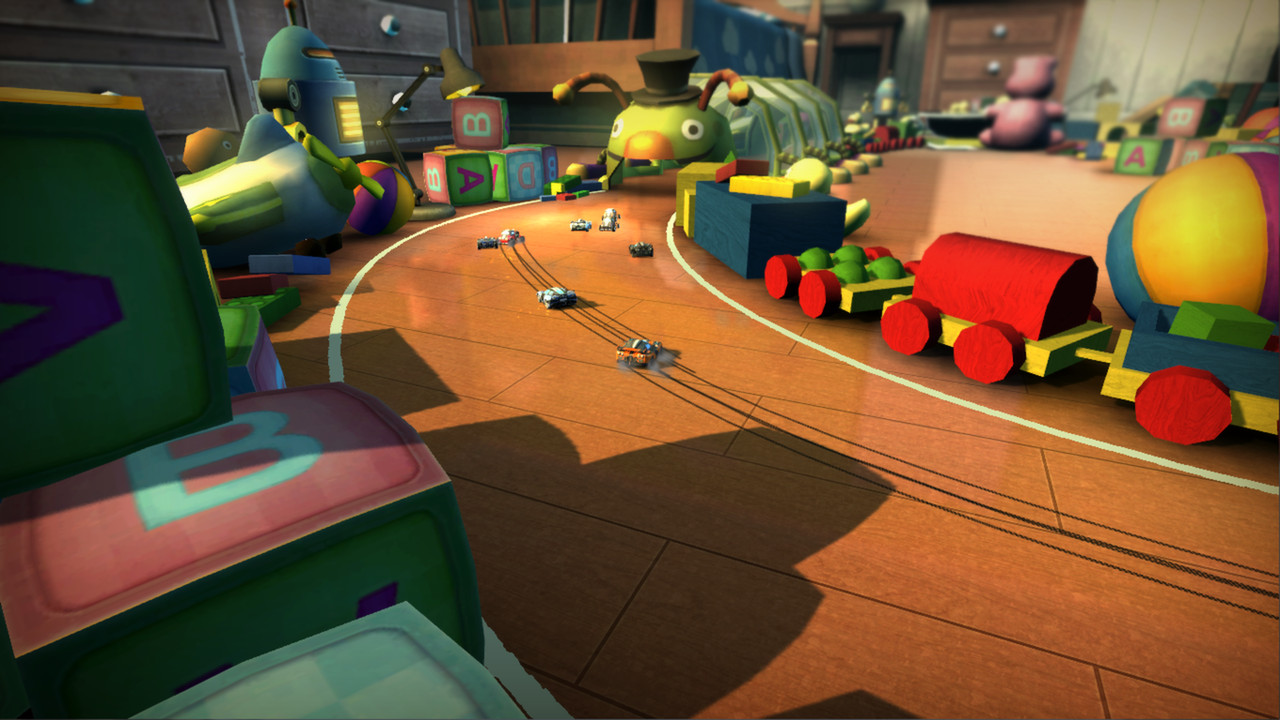 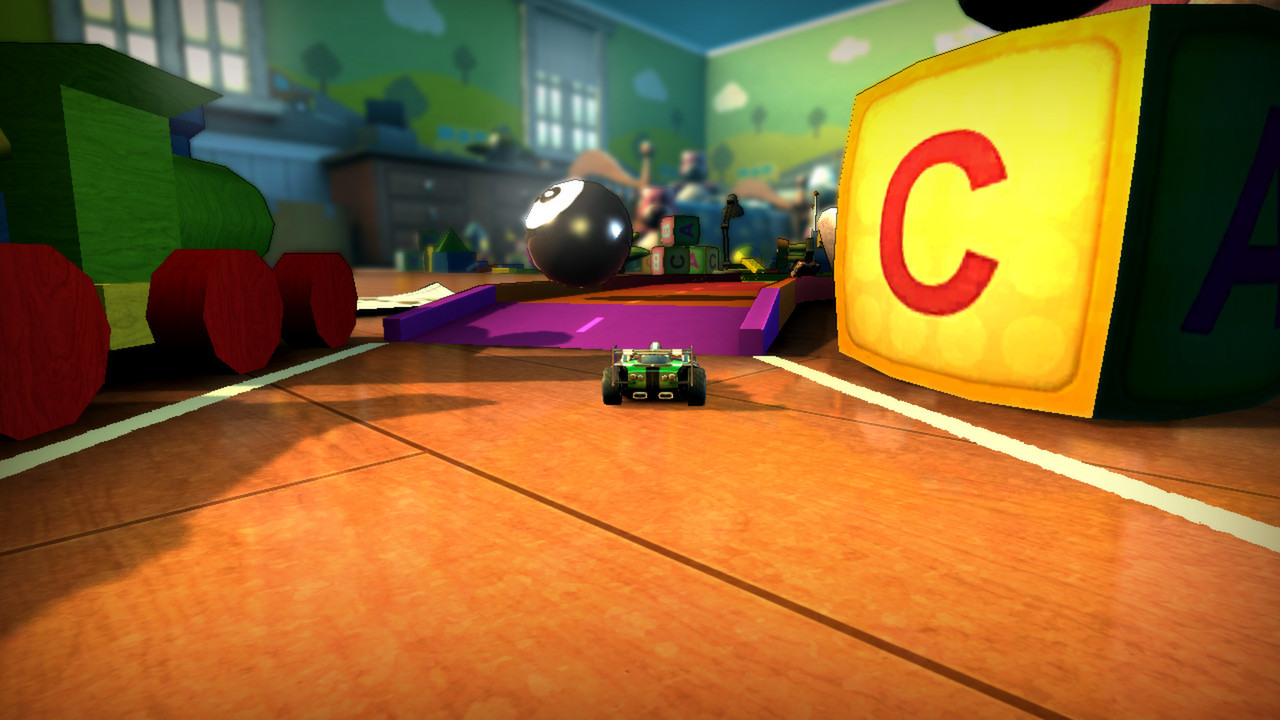 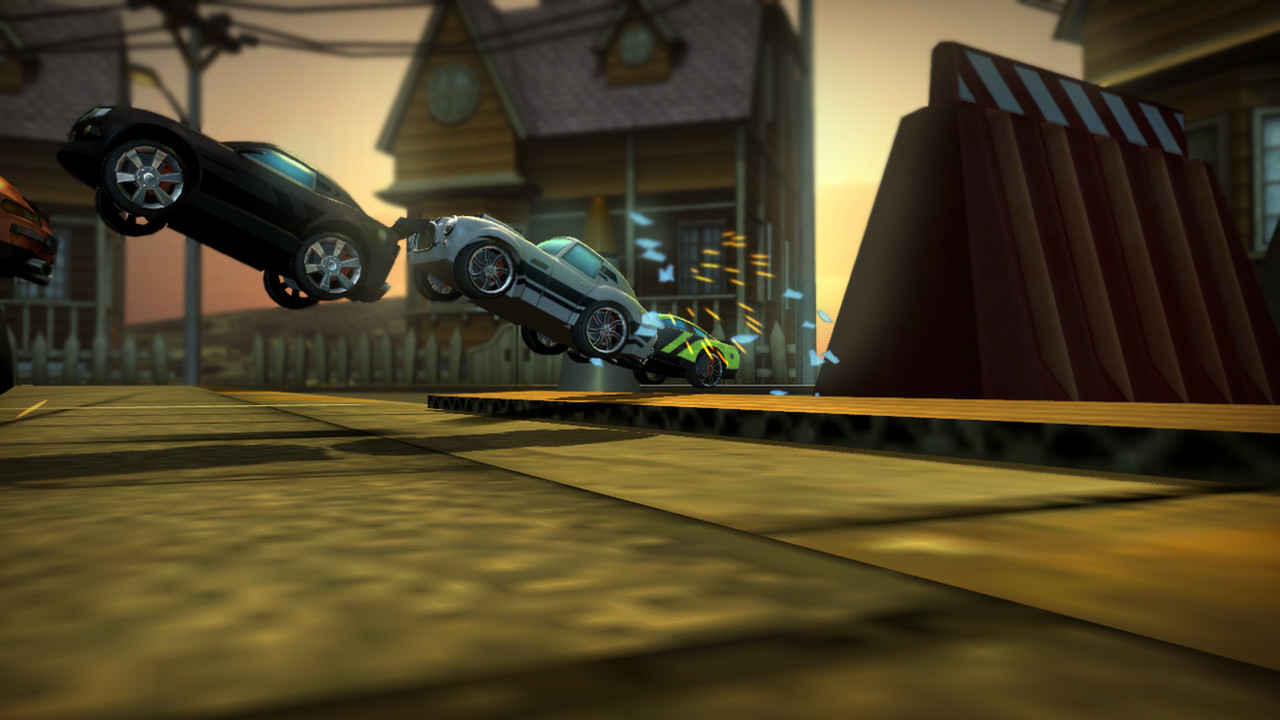 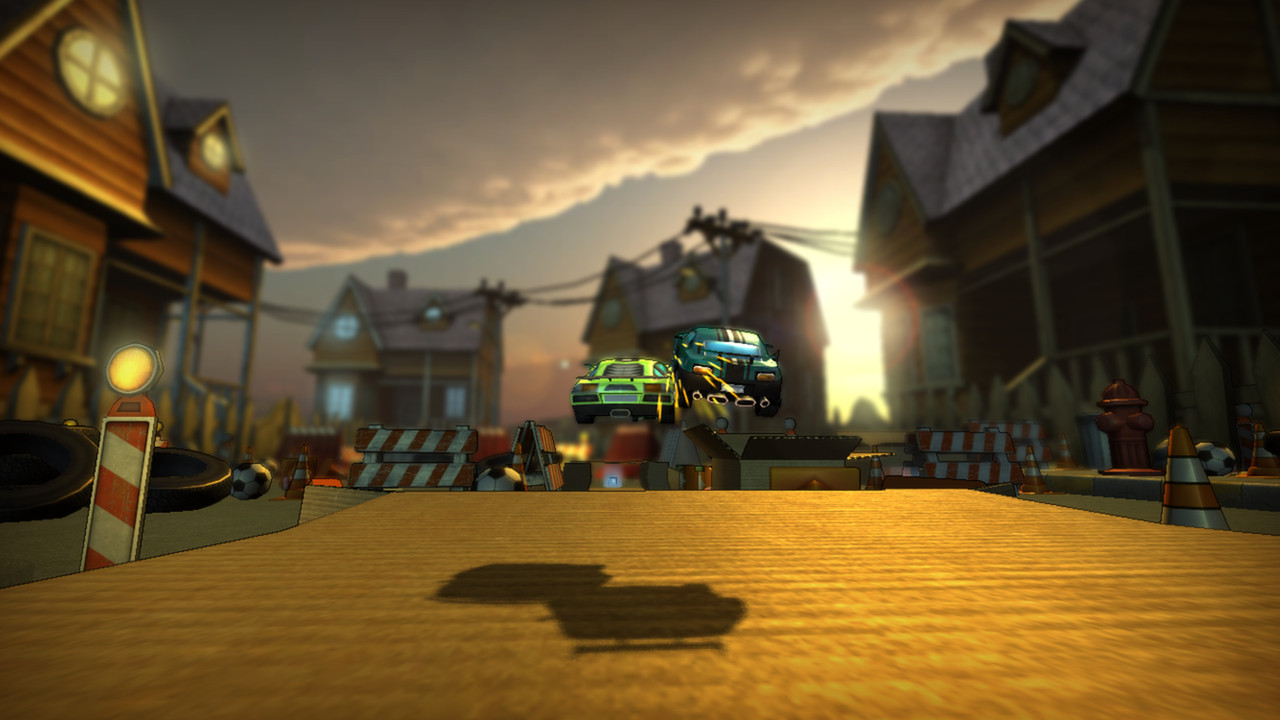 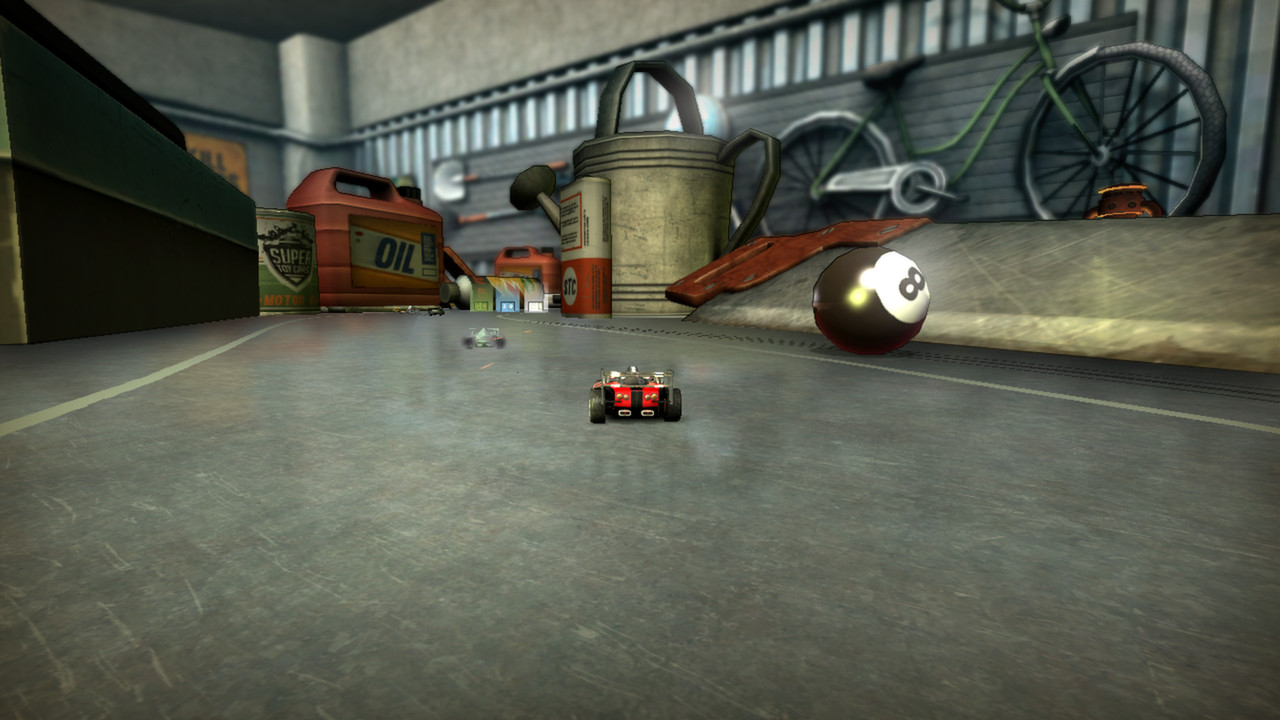 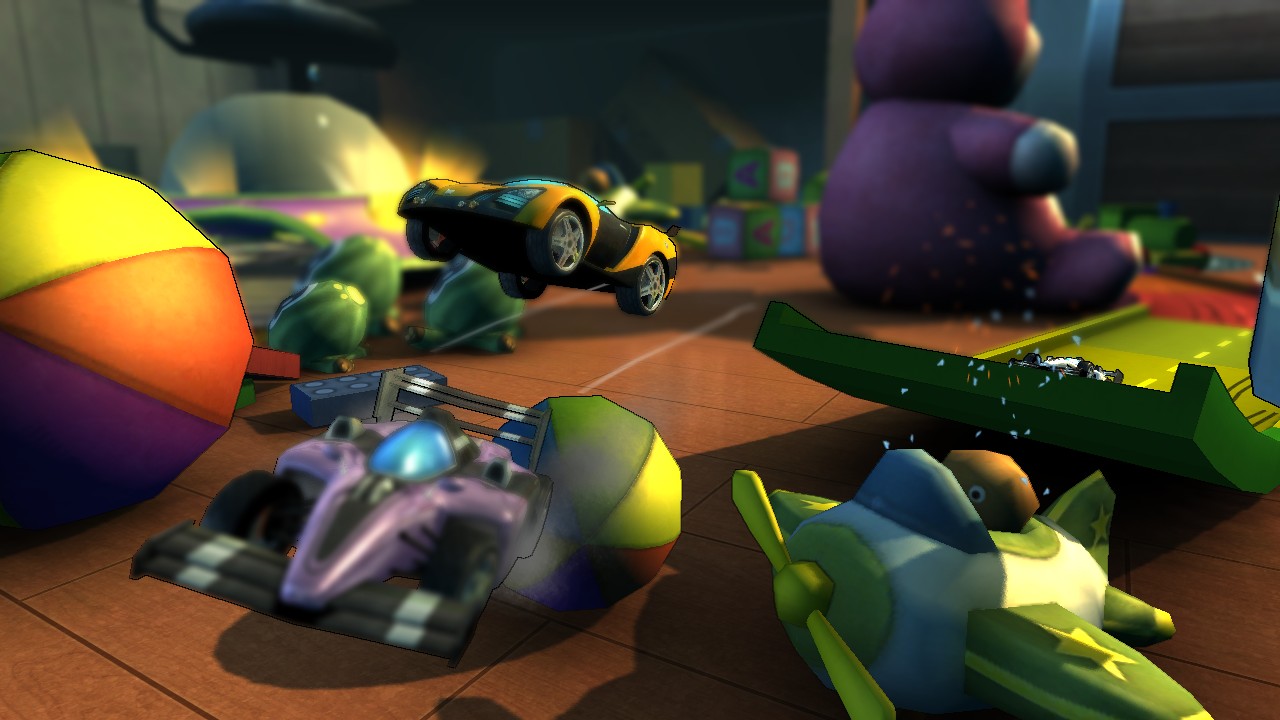 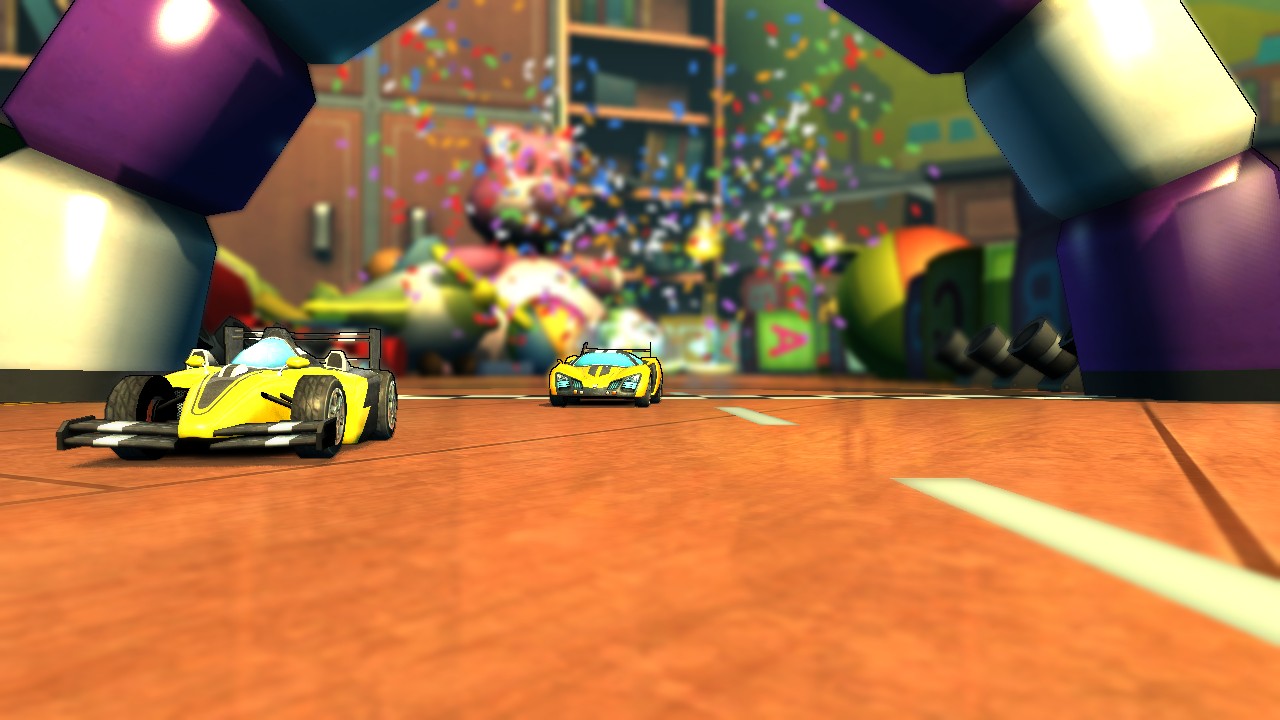 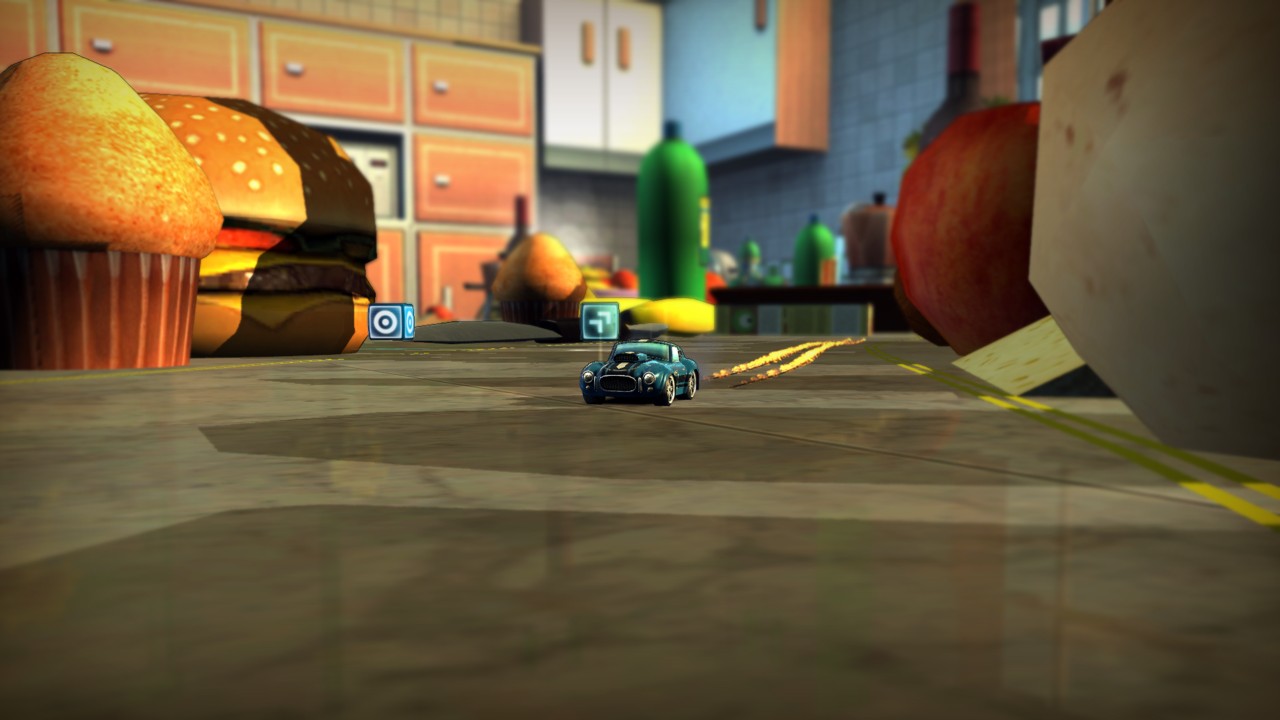 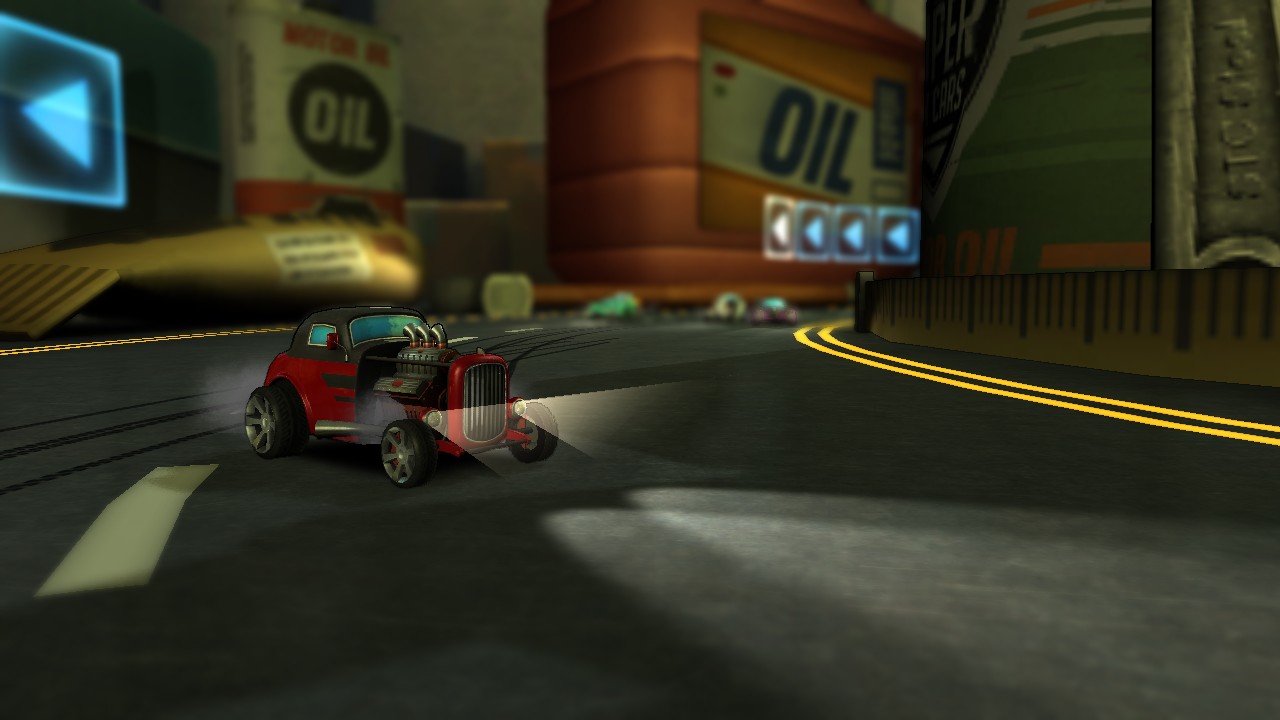 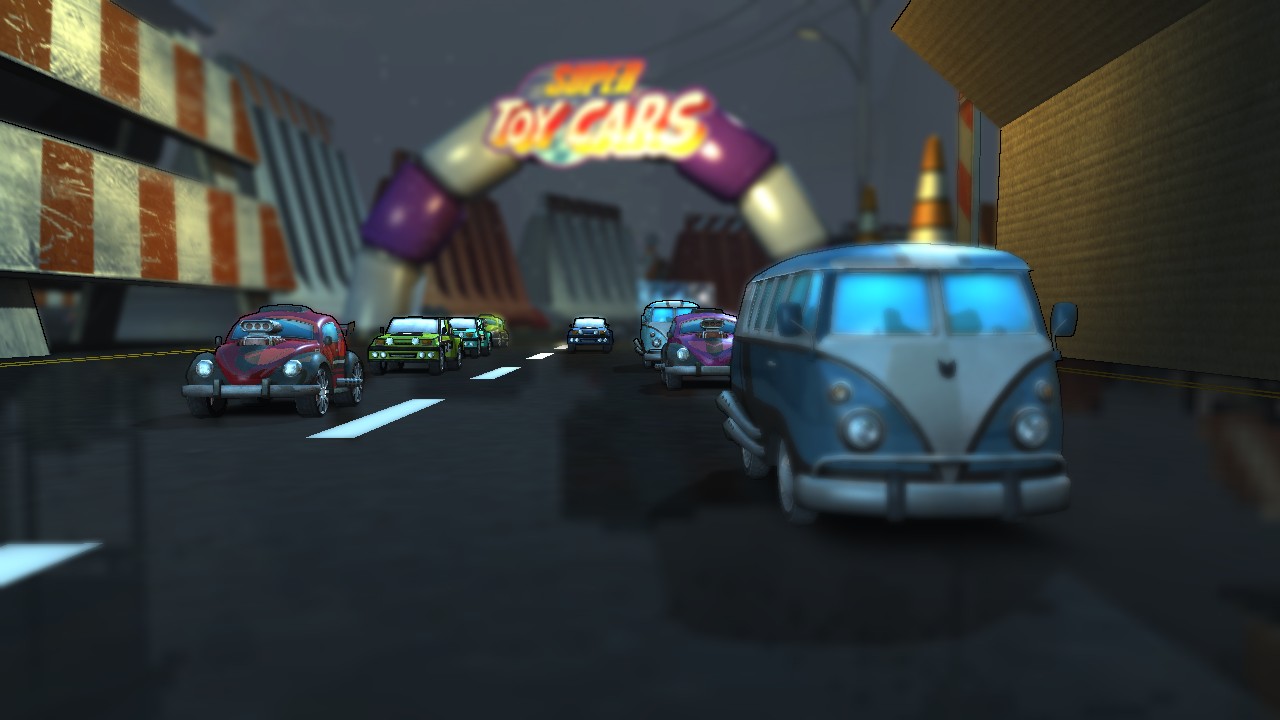 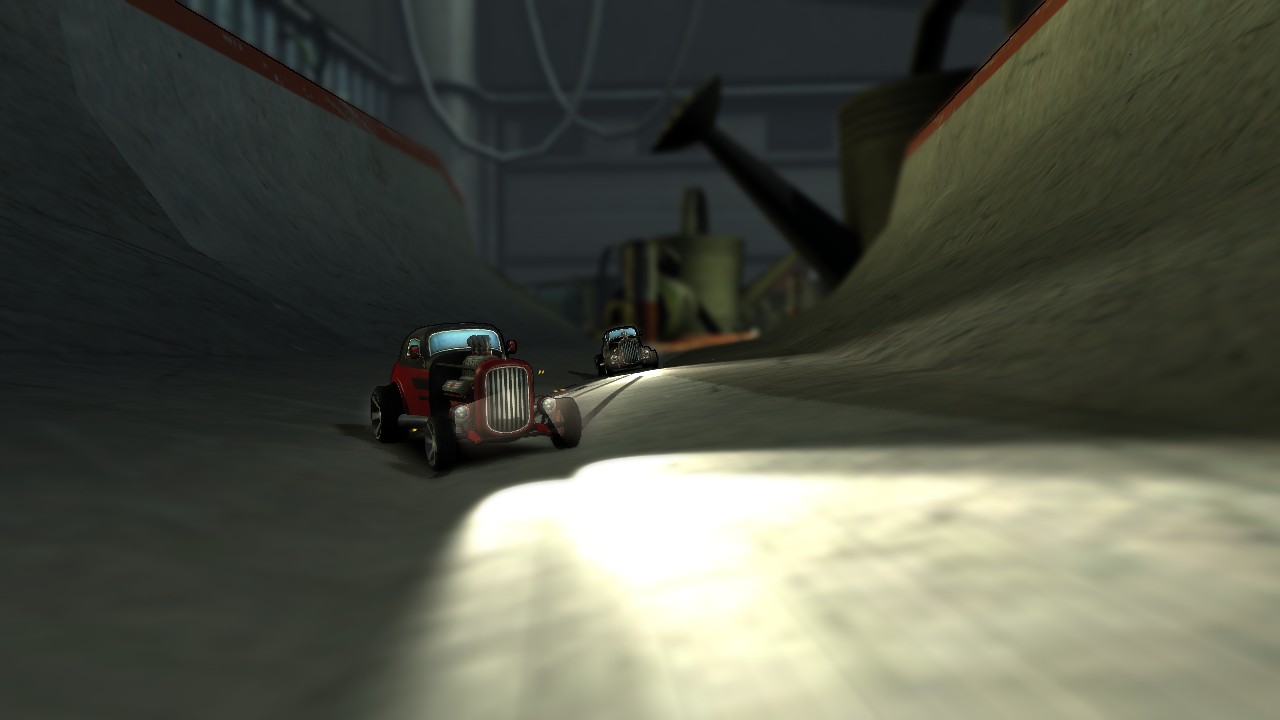 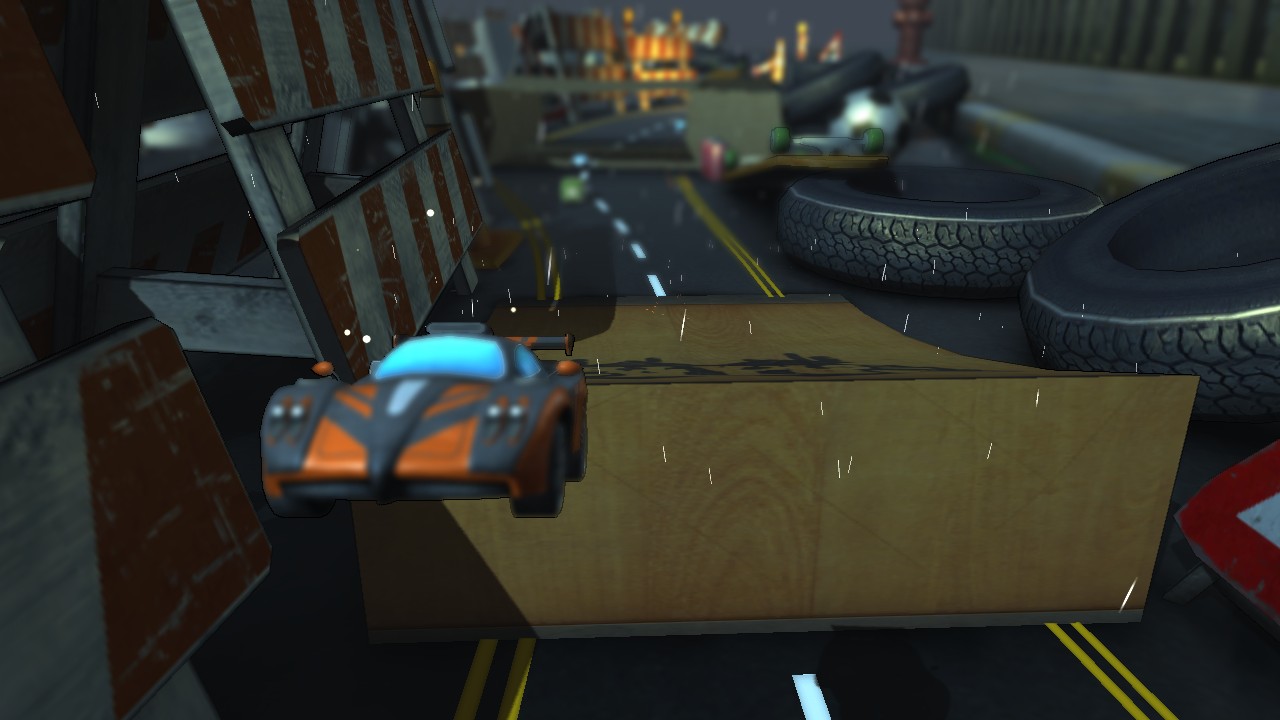 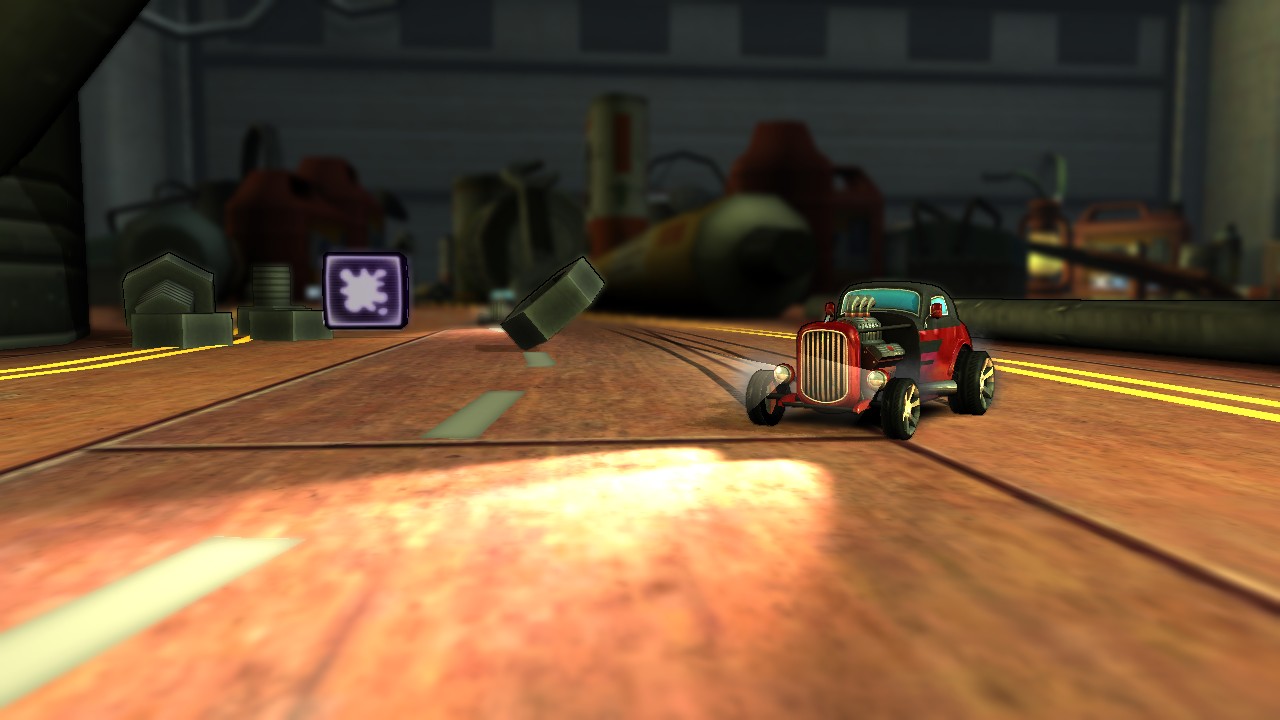 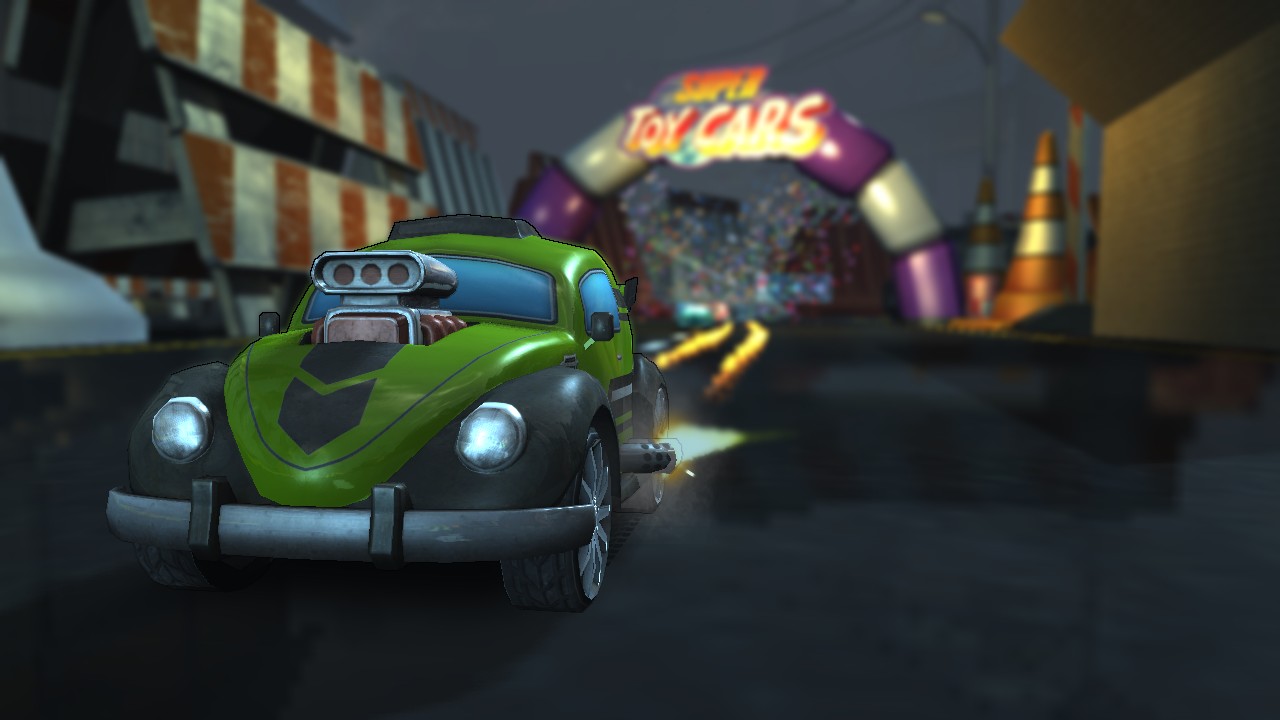 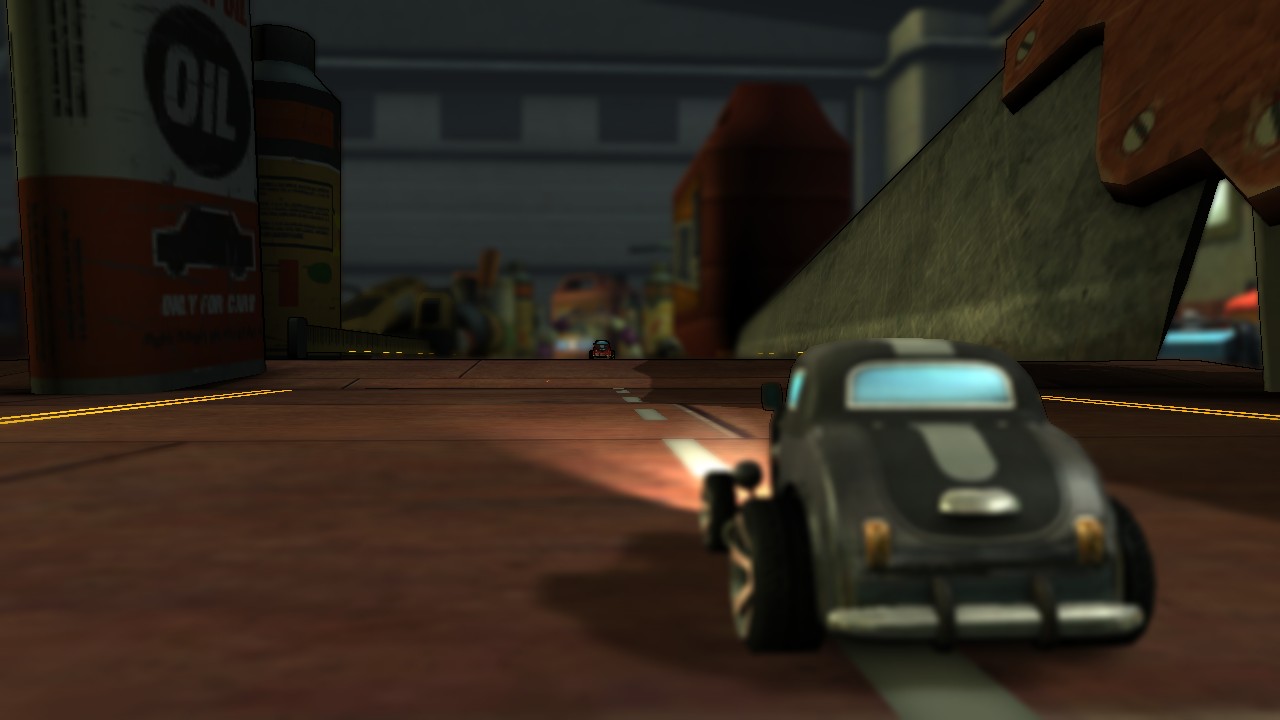 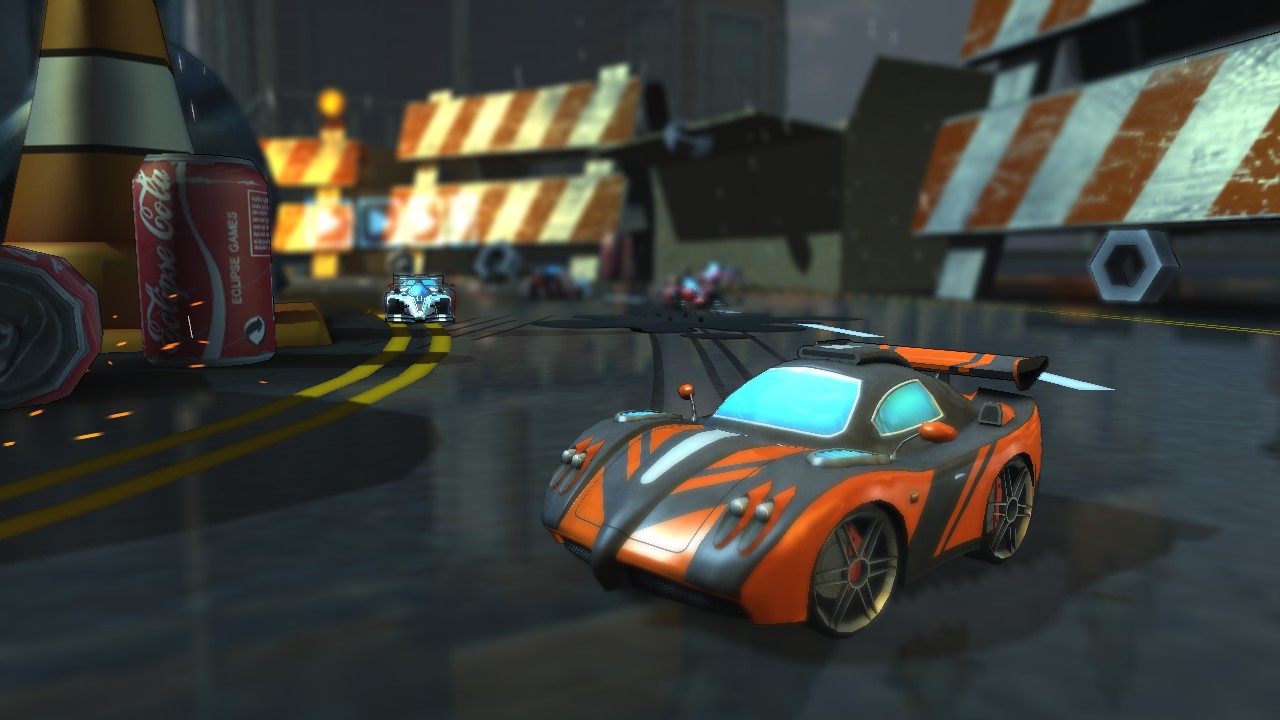 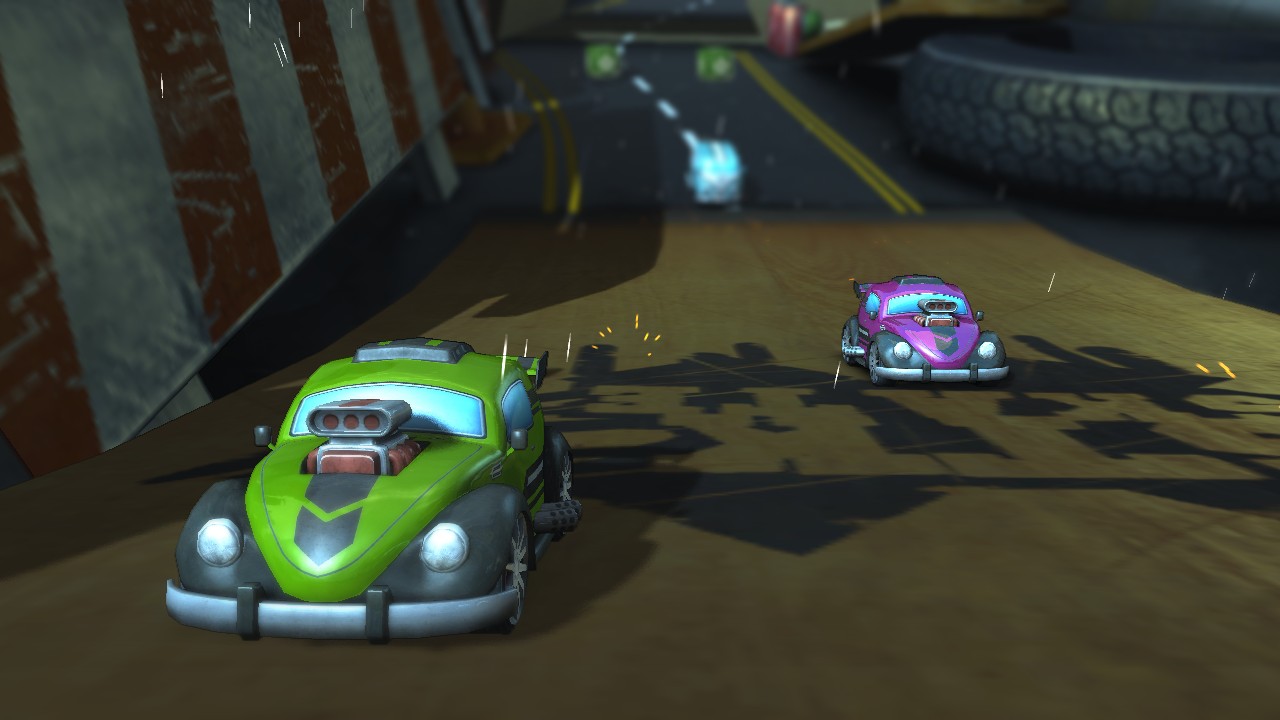 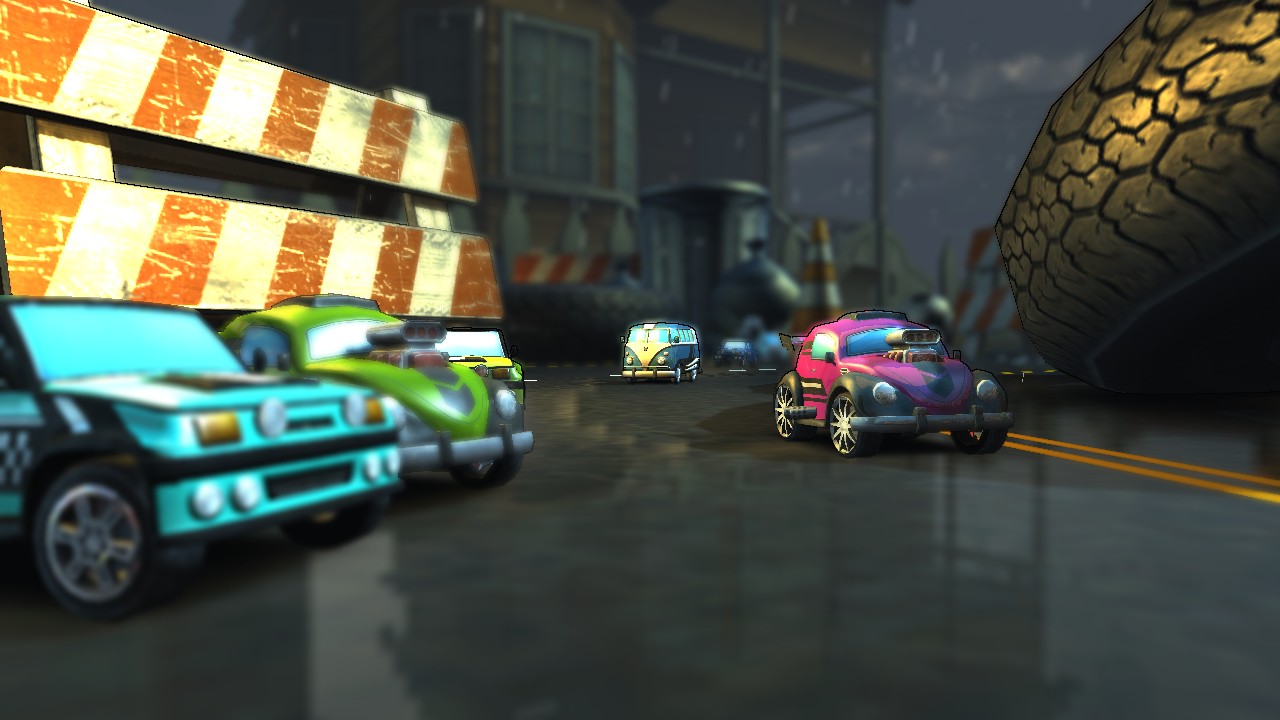 Super Toy Cars is a tabletop arcade combat racing game featuring fast and cool looking cars, impressive tracks made of everyday objects and a bunch of power-ups that will let you destroy your opposition. Collect all cars and upgrades to keep up with competition while you progress in career mode or have a quick race either against AI opponents or against friends. You can play up to 4 players locally and up to 8 players online. Go and build your own tracks, share them with friends or play with them in your tracks. Super Toy Cars is big and with lots of options for you to tinkle and play with, but most importantly this game has been carefully crafted to be fun play and fun to race, either alone or with friends.

There are 16 different cars in the game each one with its unique handling model. You can experiment with them and play the ones that best suite your driving style and the different situations you'll find in our 12 tracks. Oh, and maybe you'll want to use different cars depending on which type of event you're playing, because we have 48 events in career mode, but not all of them are races! And if you grow tired of the tracks in the game you can always check what other tracks have the community built or even build your own and share it with our in-game track editor.

We have a roadmap in place for the period the game is going to be in Early Access. We are aiming for a final release date in the first or second week of May. We have roughly 10 weeks to that date and we're planning to do, at least, weekly builds with improvements. We'll be announcing what's new in every build in the announcements section, but anyway here's the planned roadmap:

Bear in mind that this list is meant to change and adapt to your suggestions and feedback. Although we can't guarantee we'll implement every detail and suggestion we receive, we'll do our best to react to community feedback and make of Super Toy Cars the best game we can with your help.