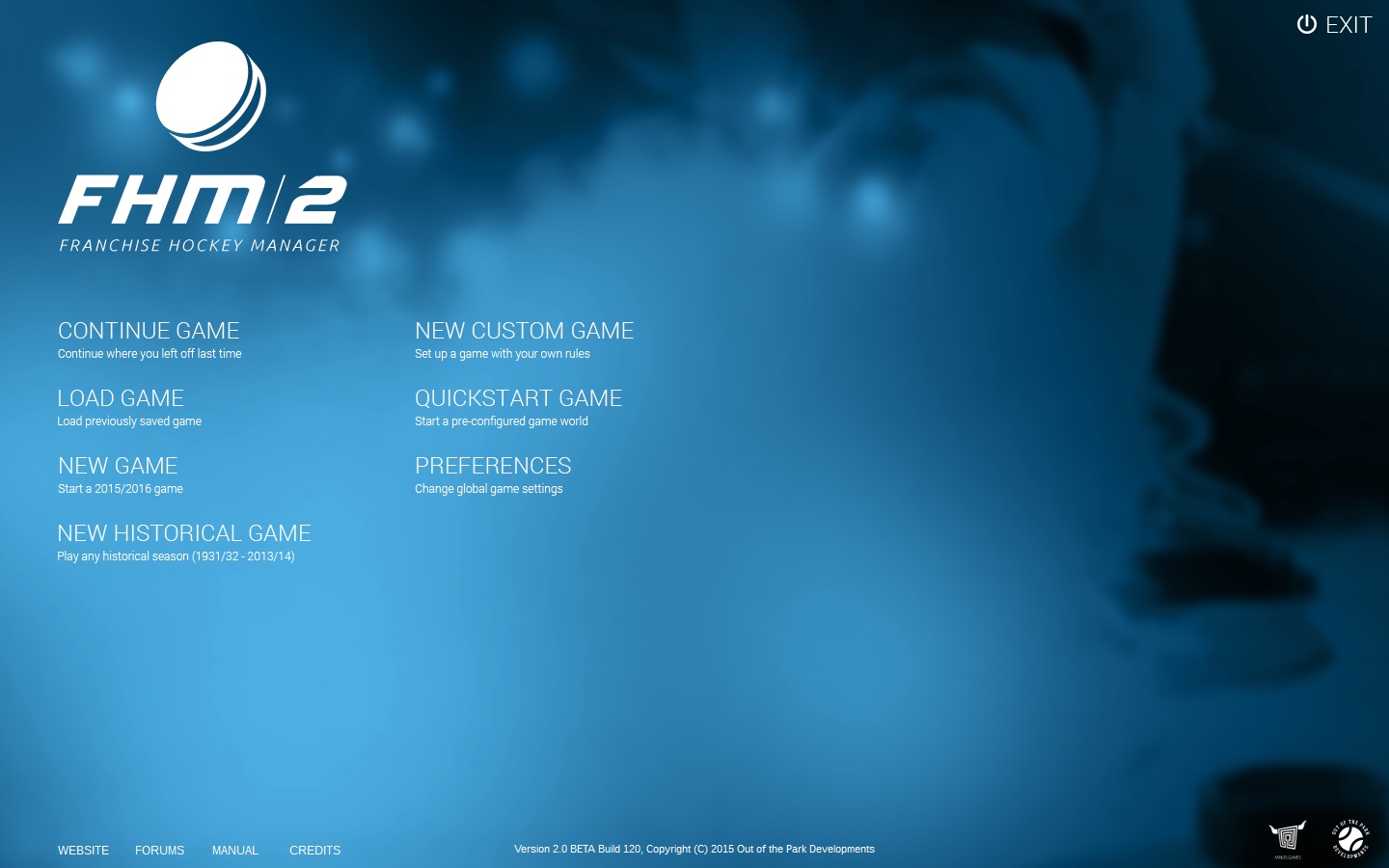 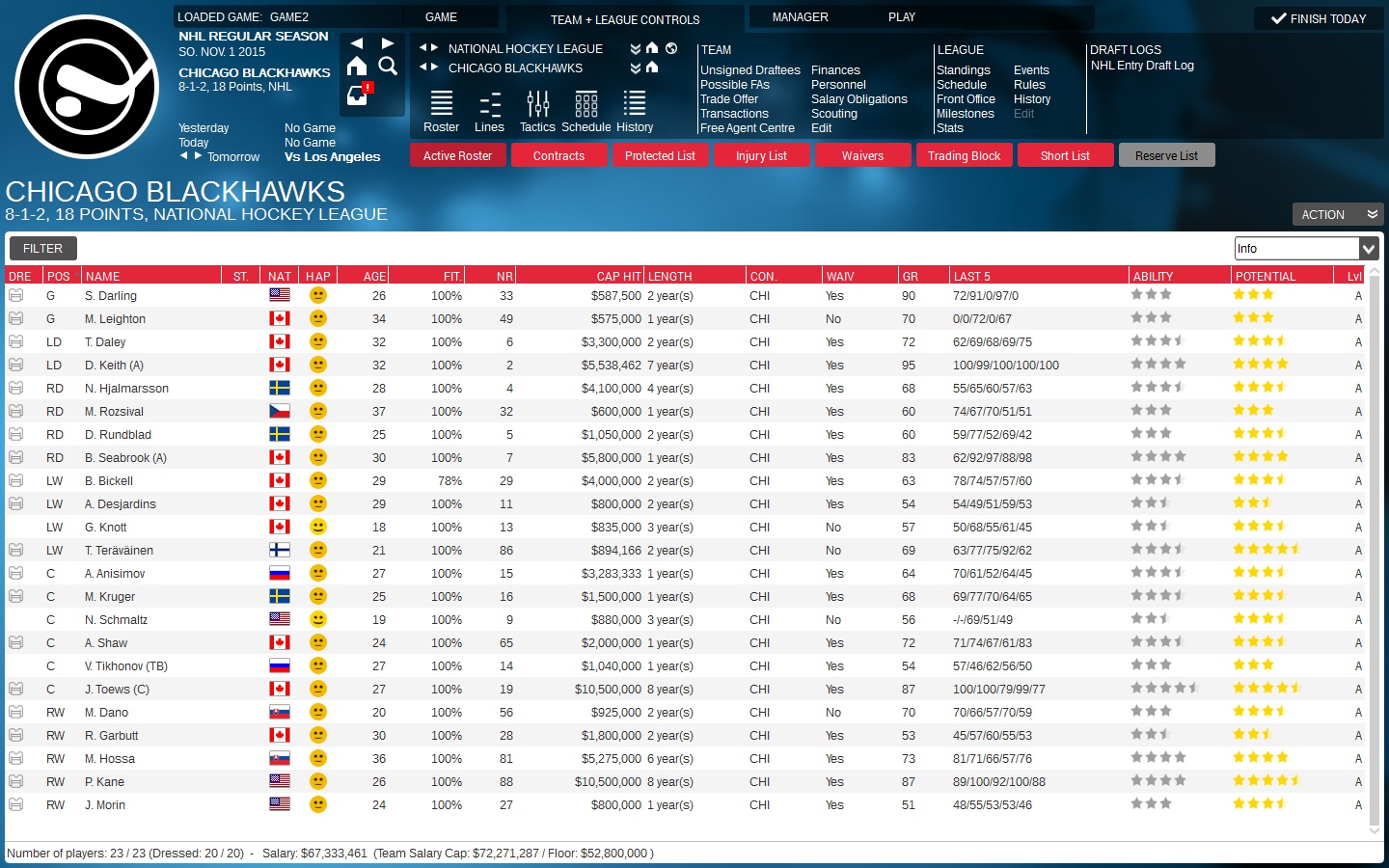 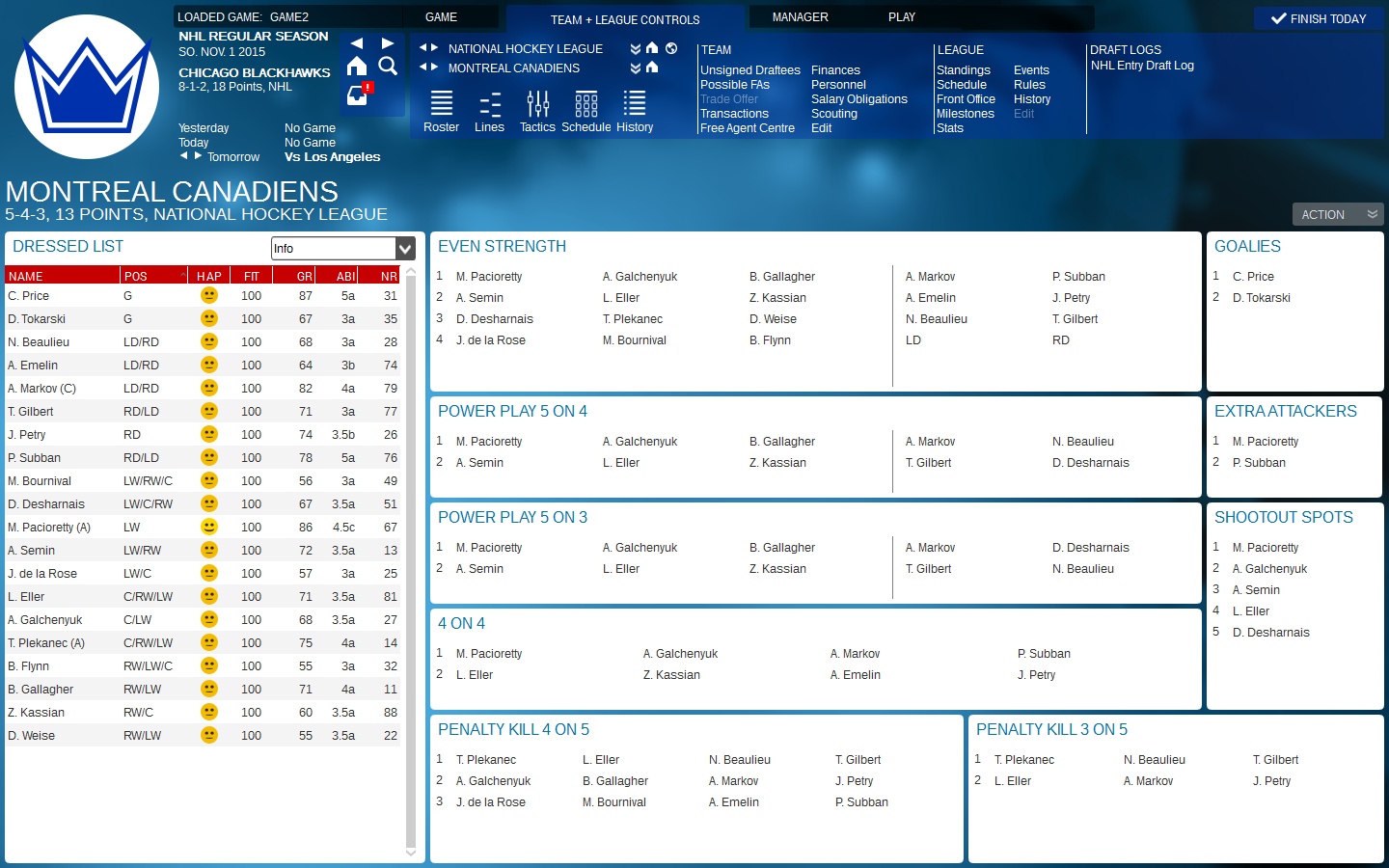 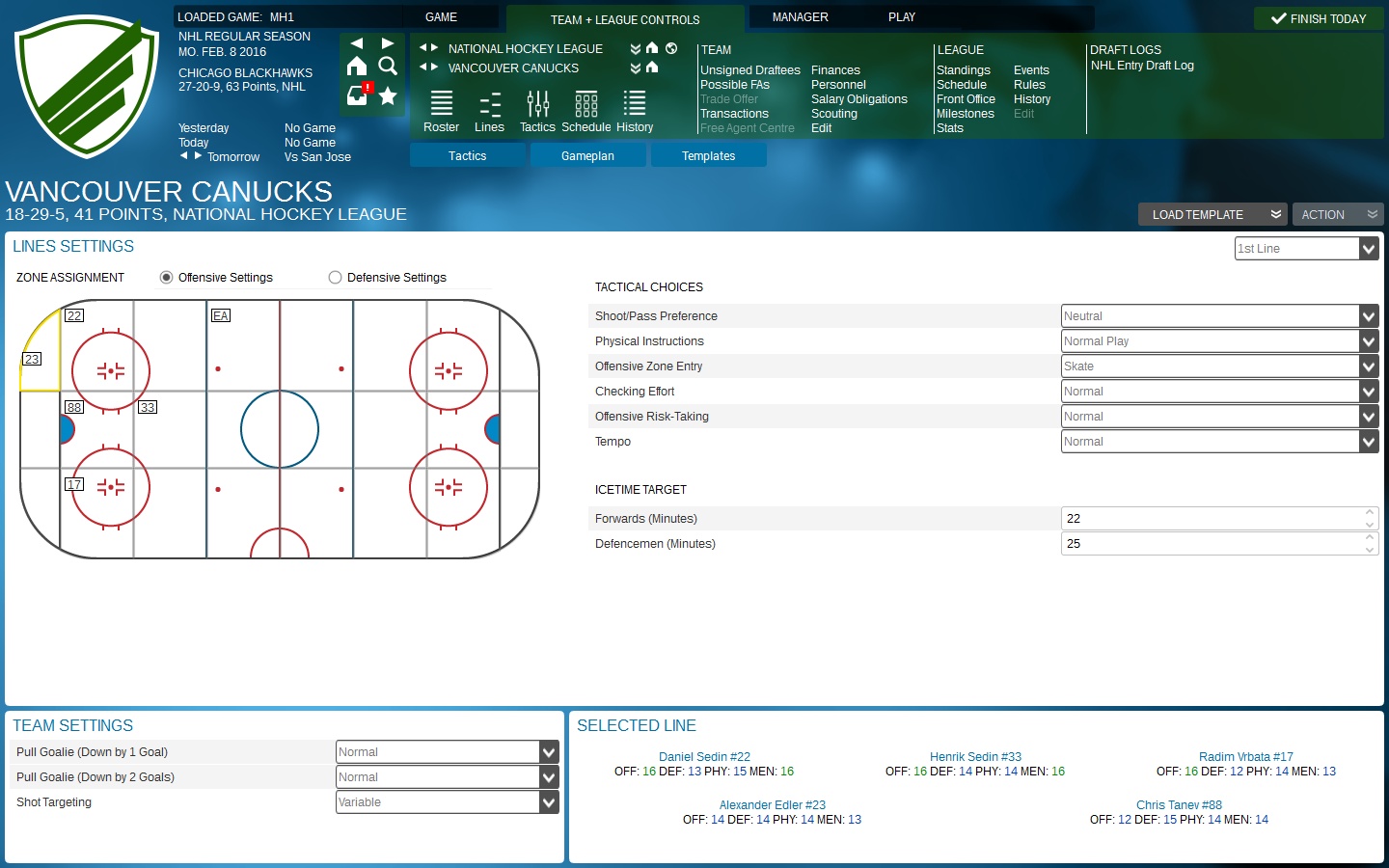 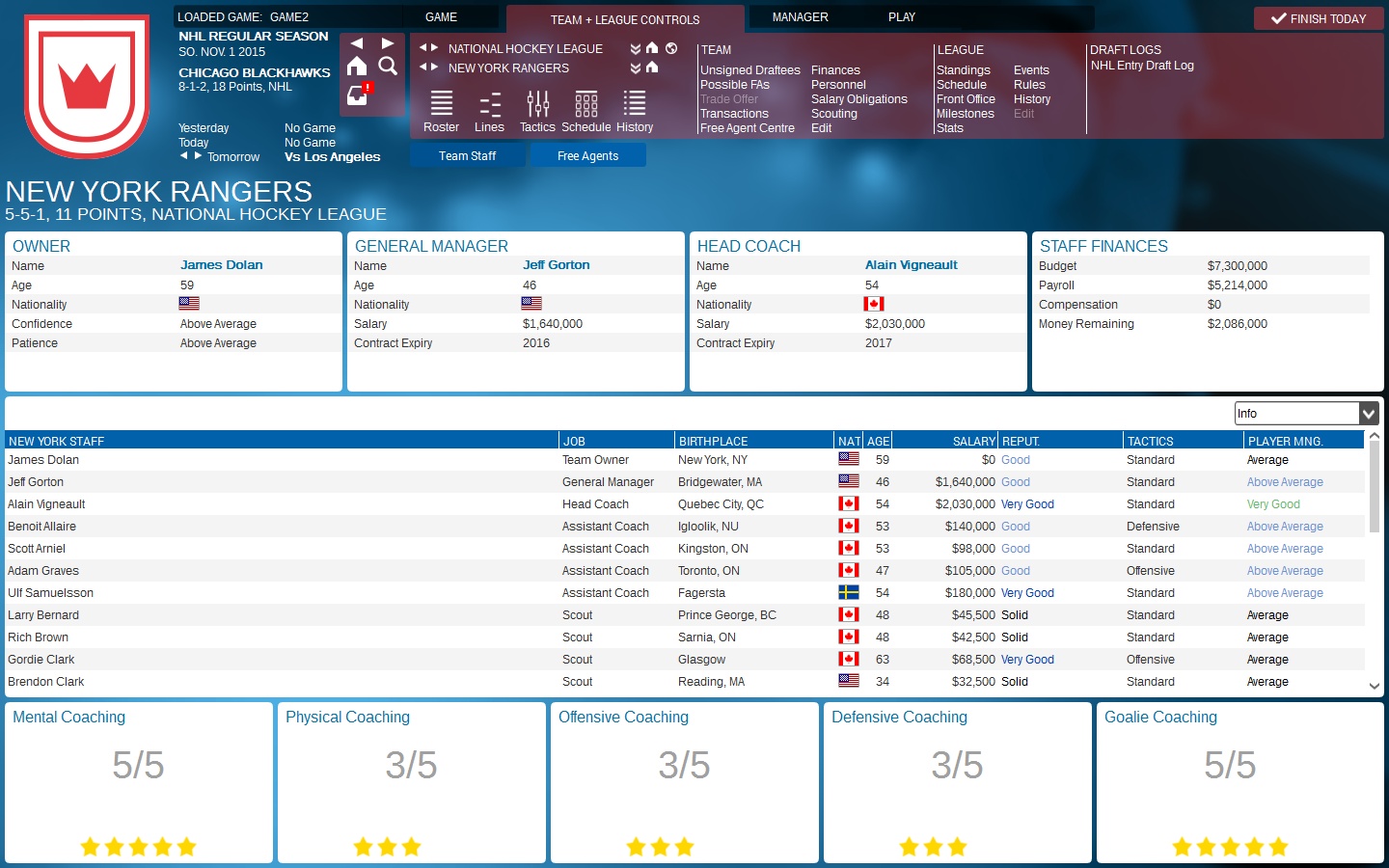 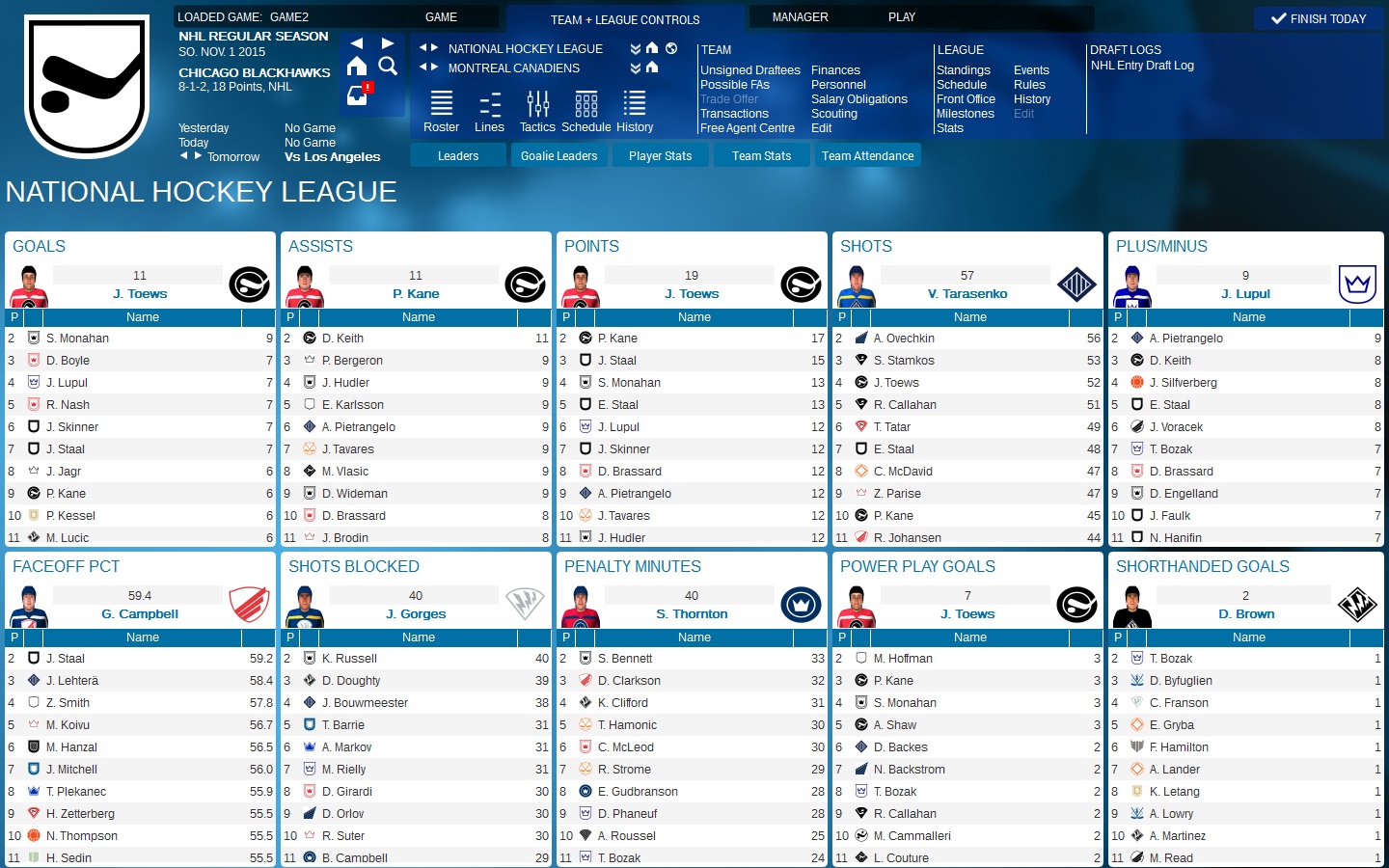 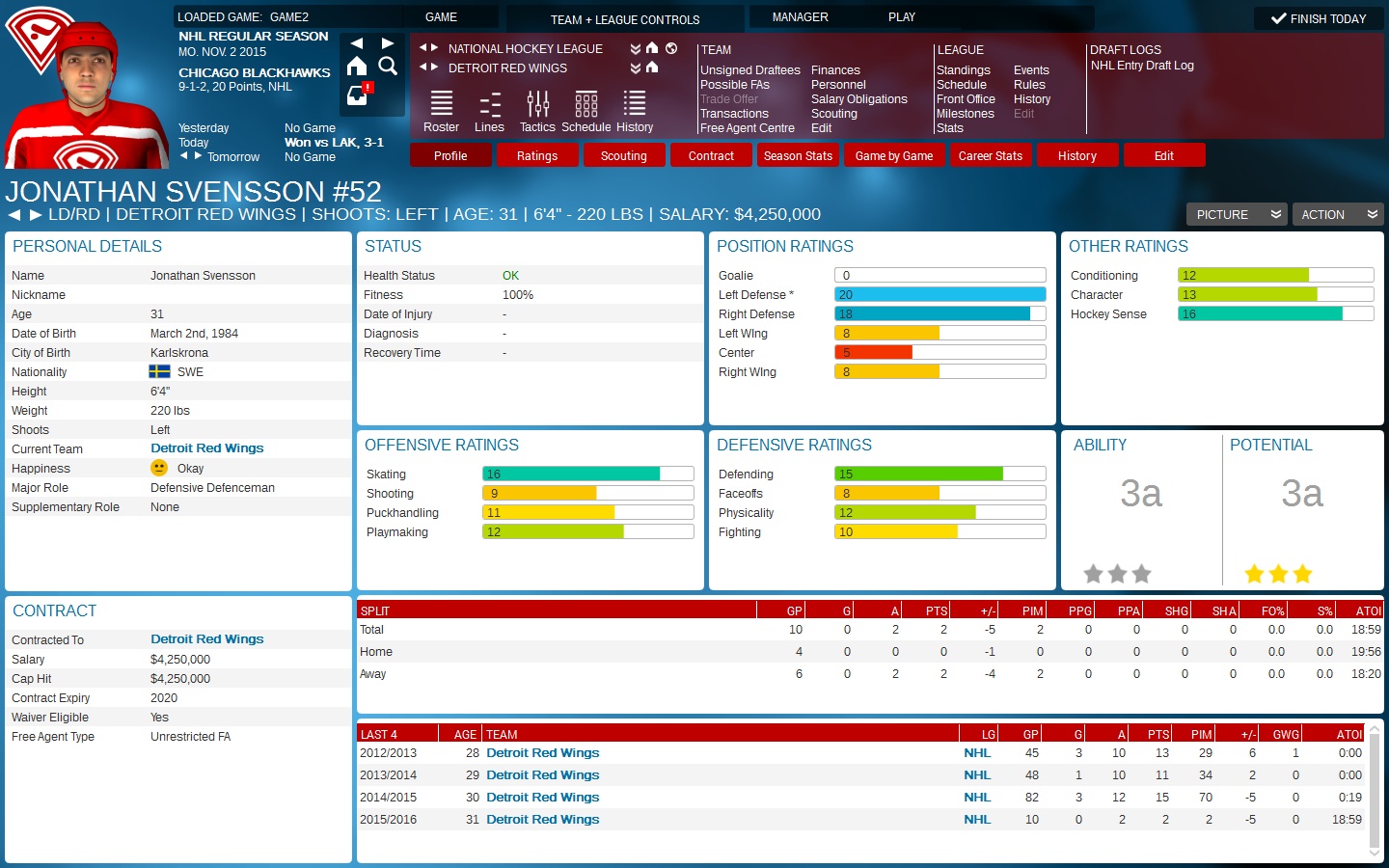 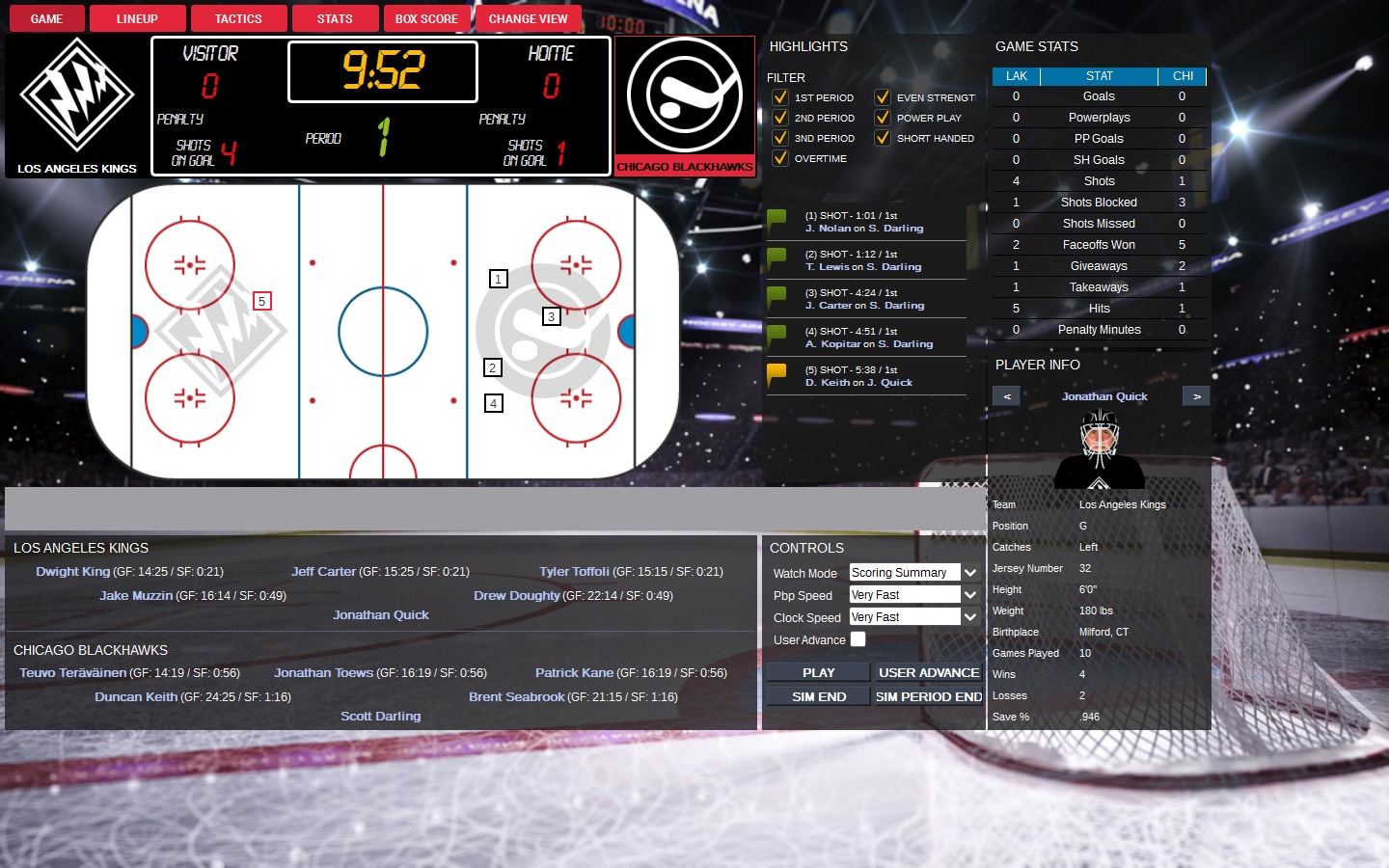 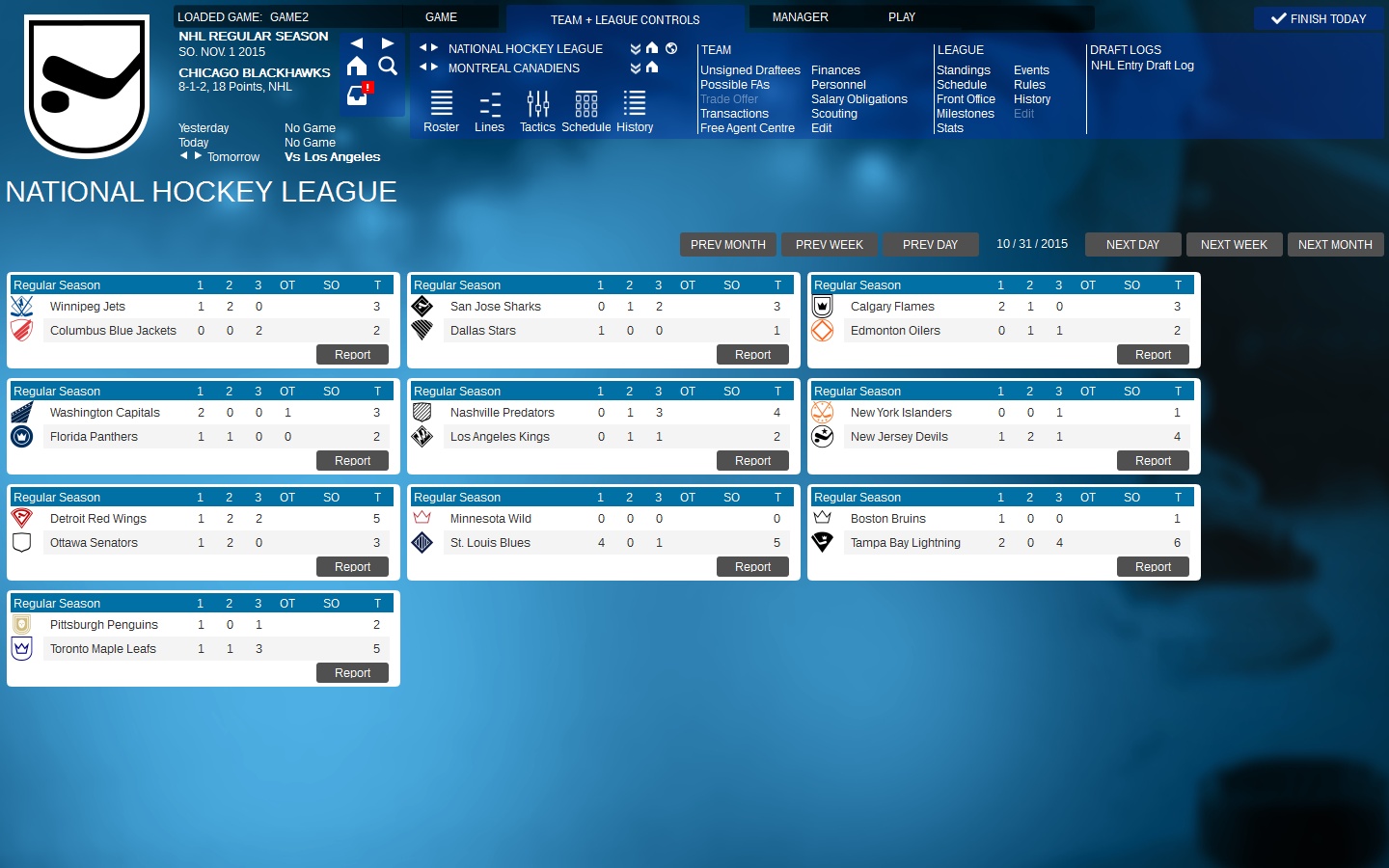 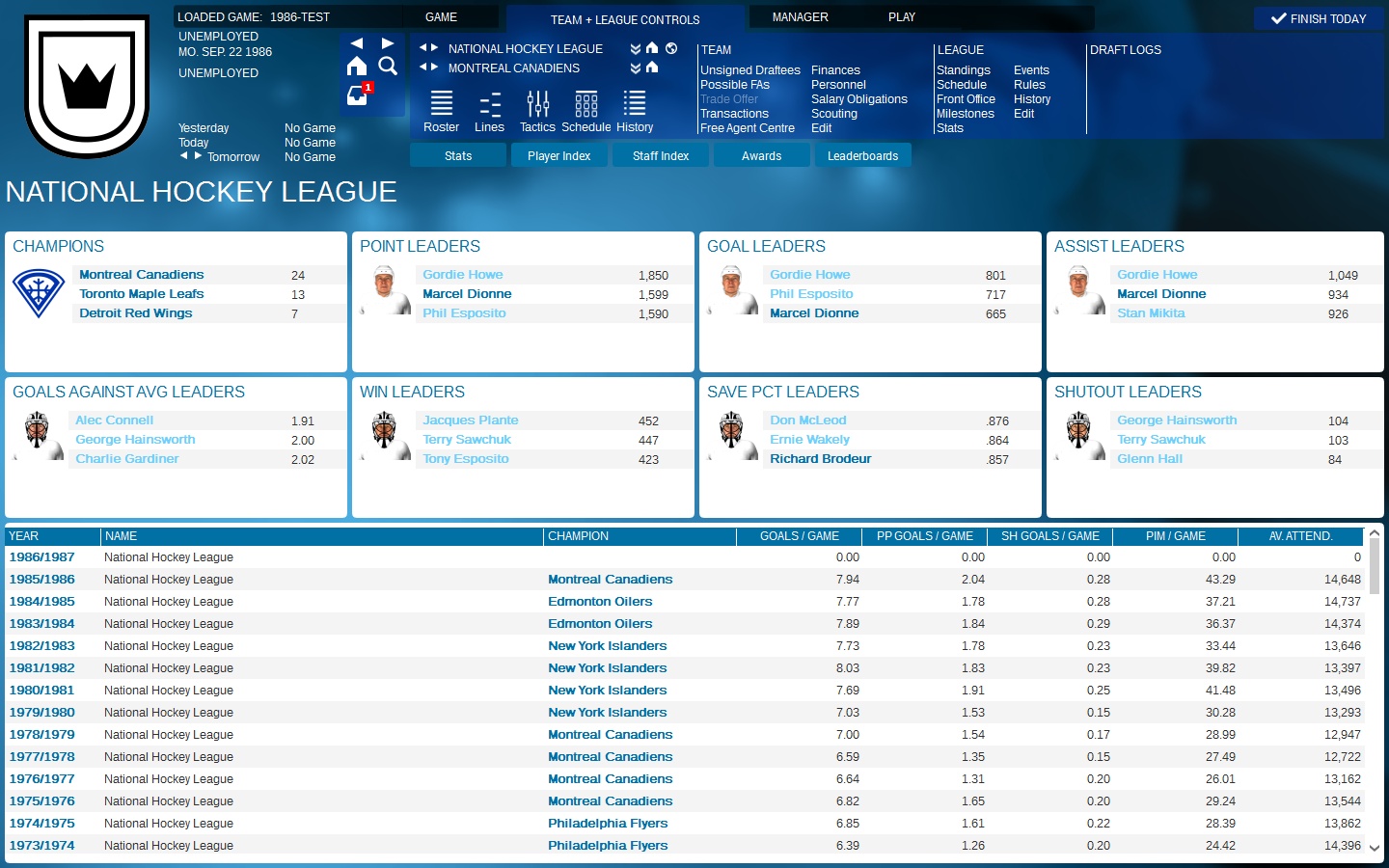 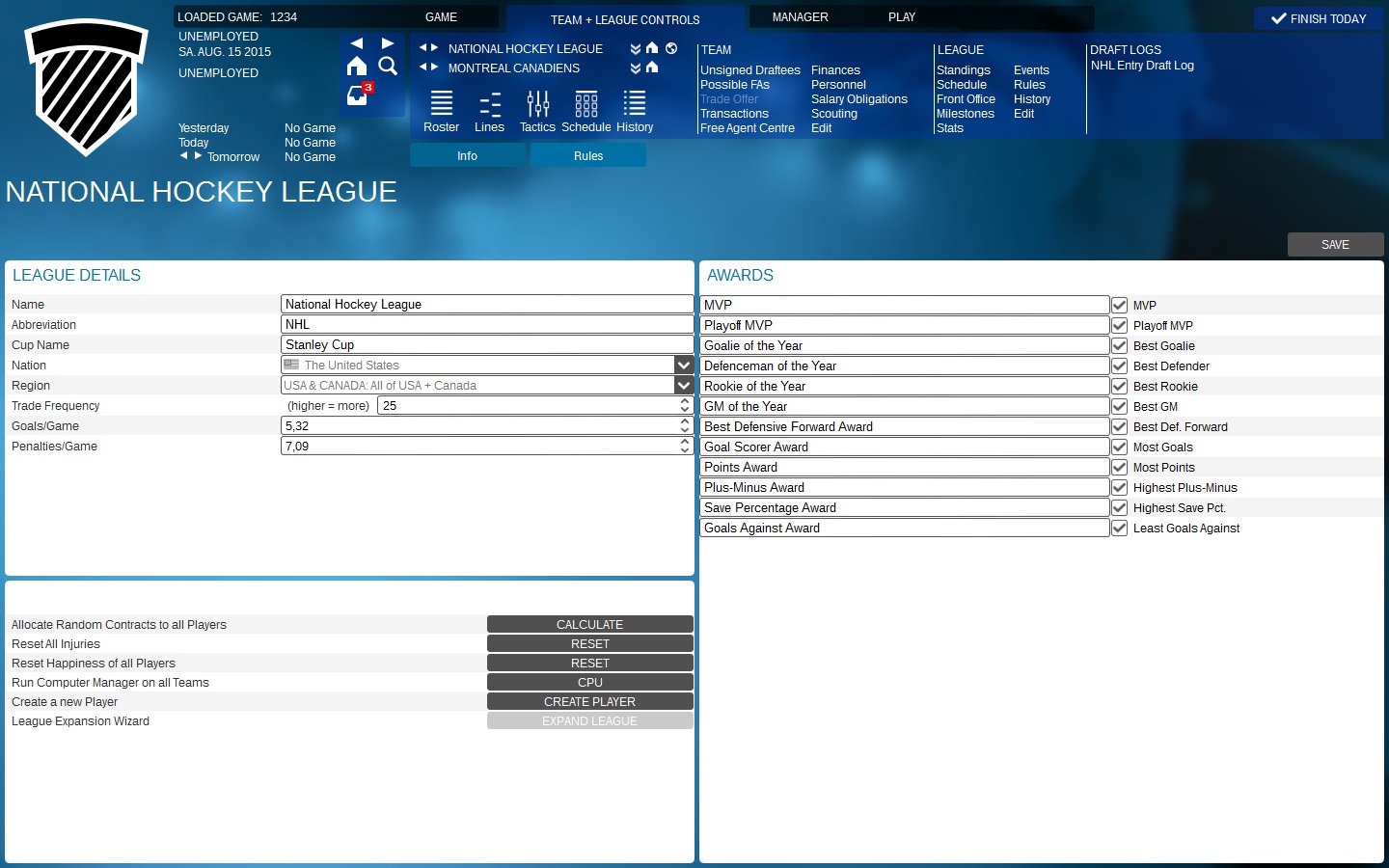 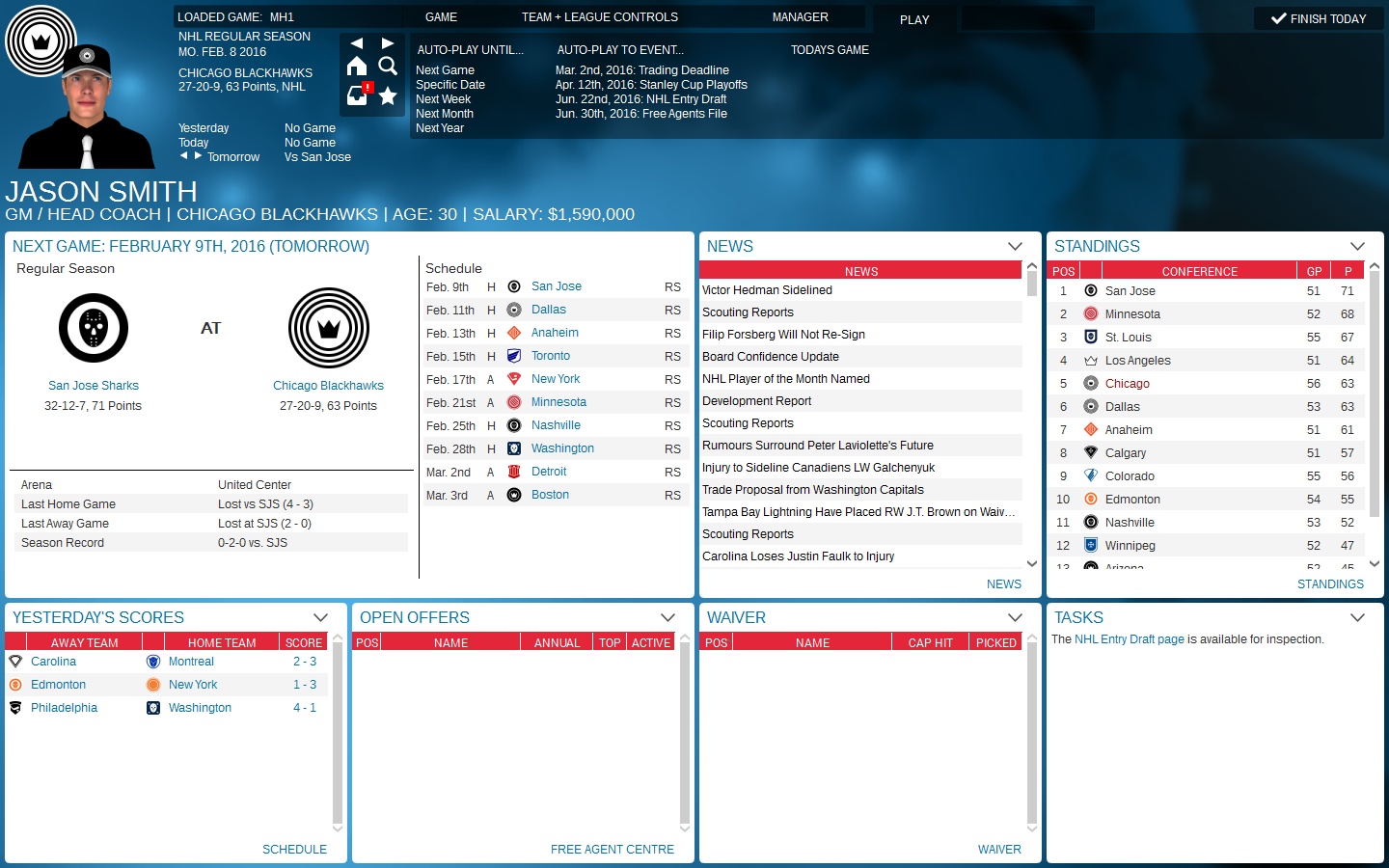 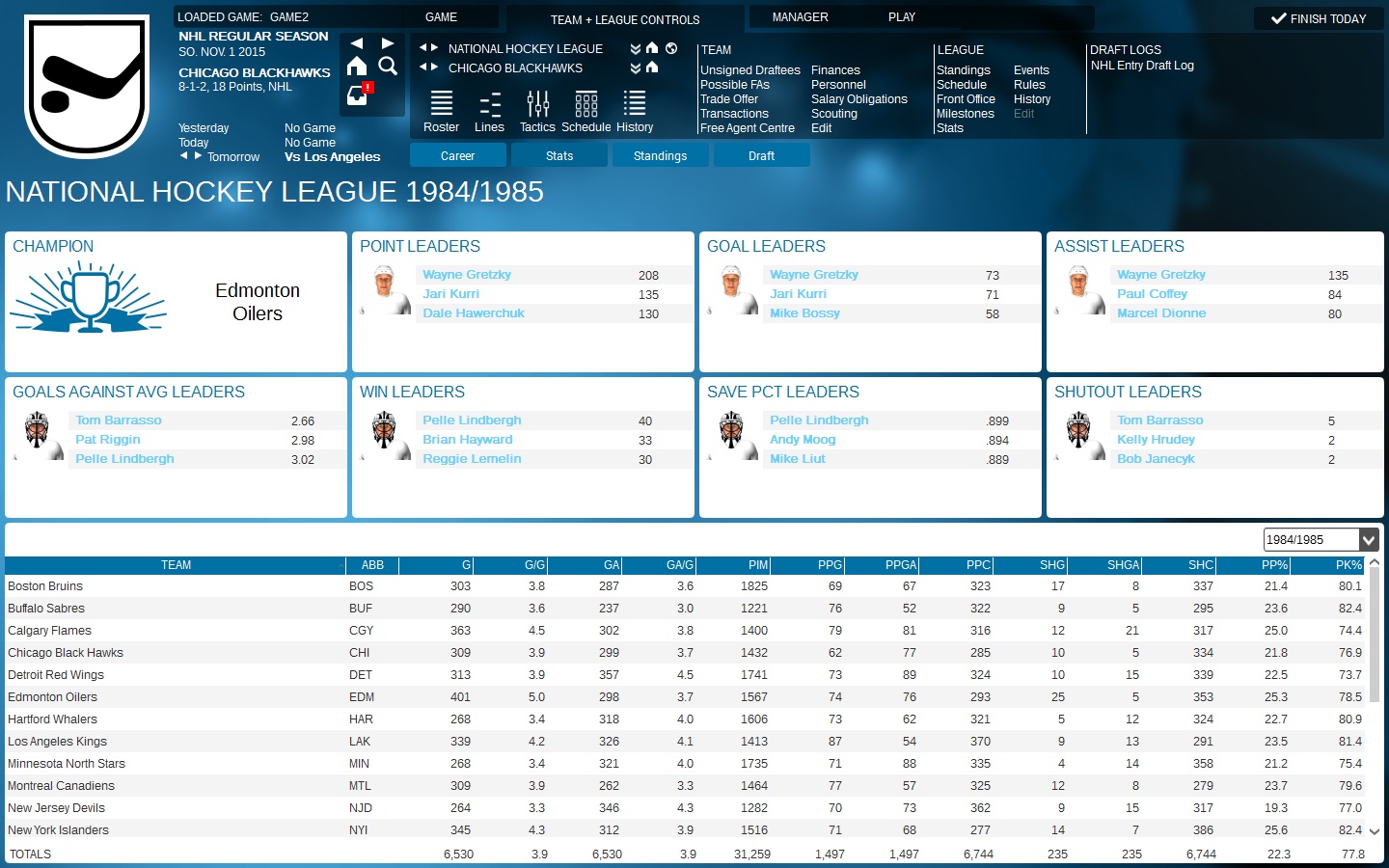 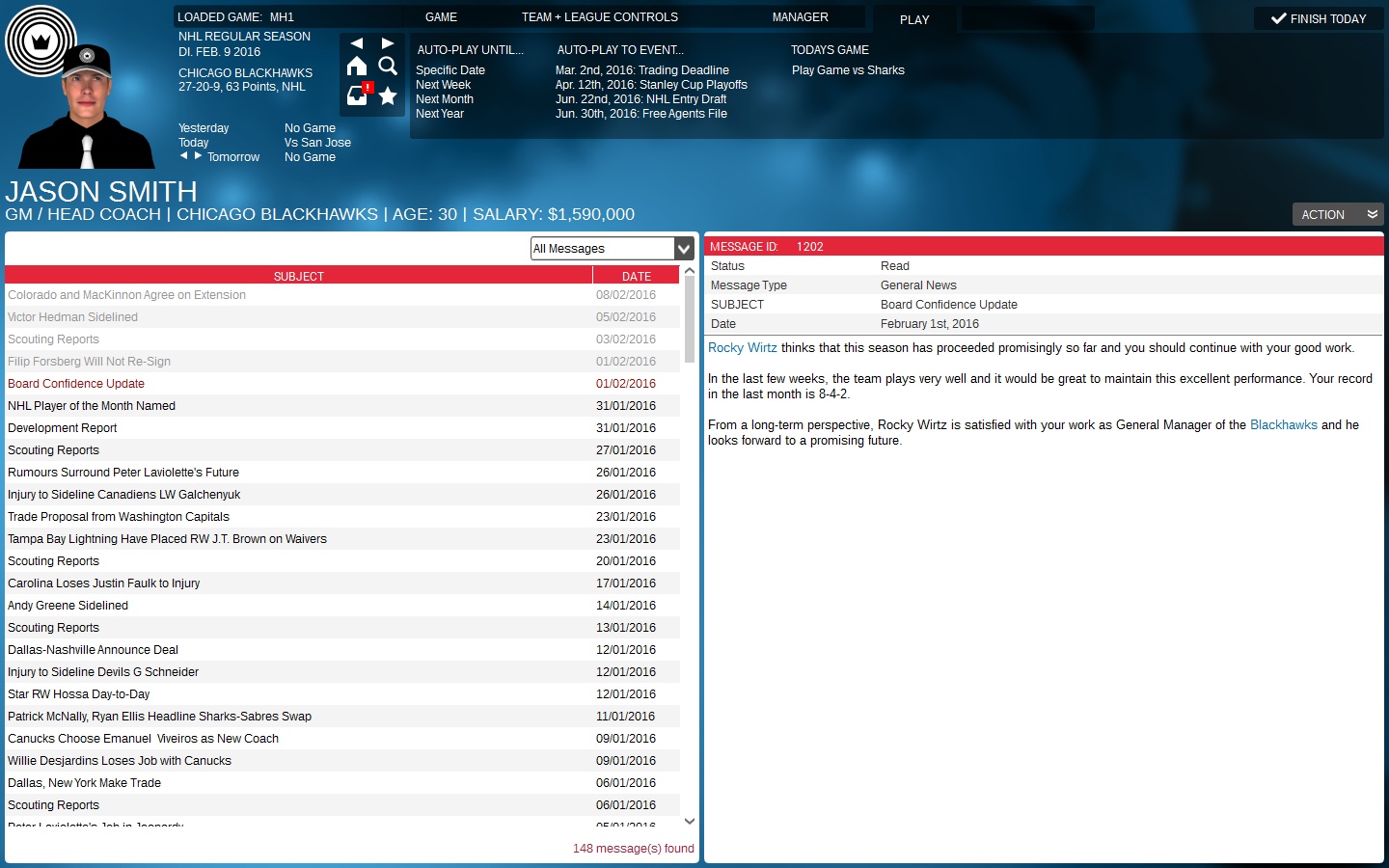 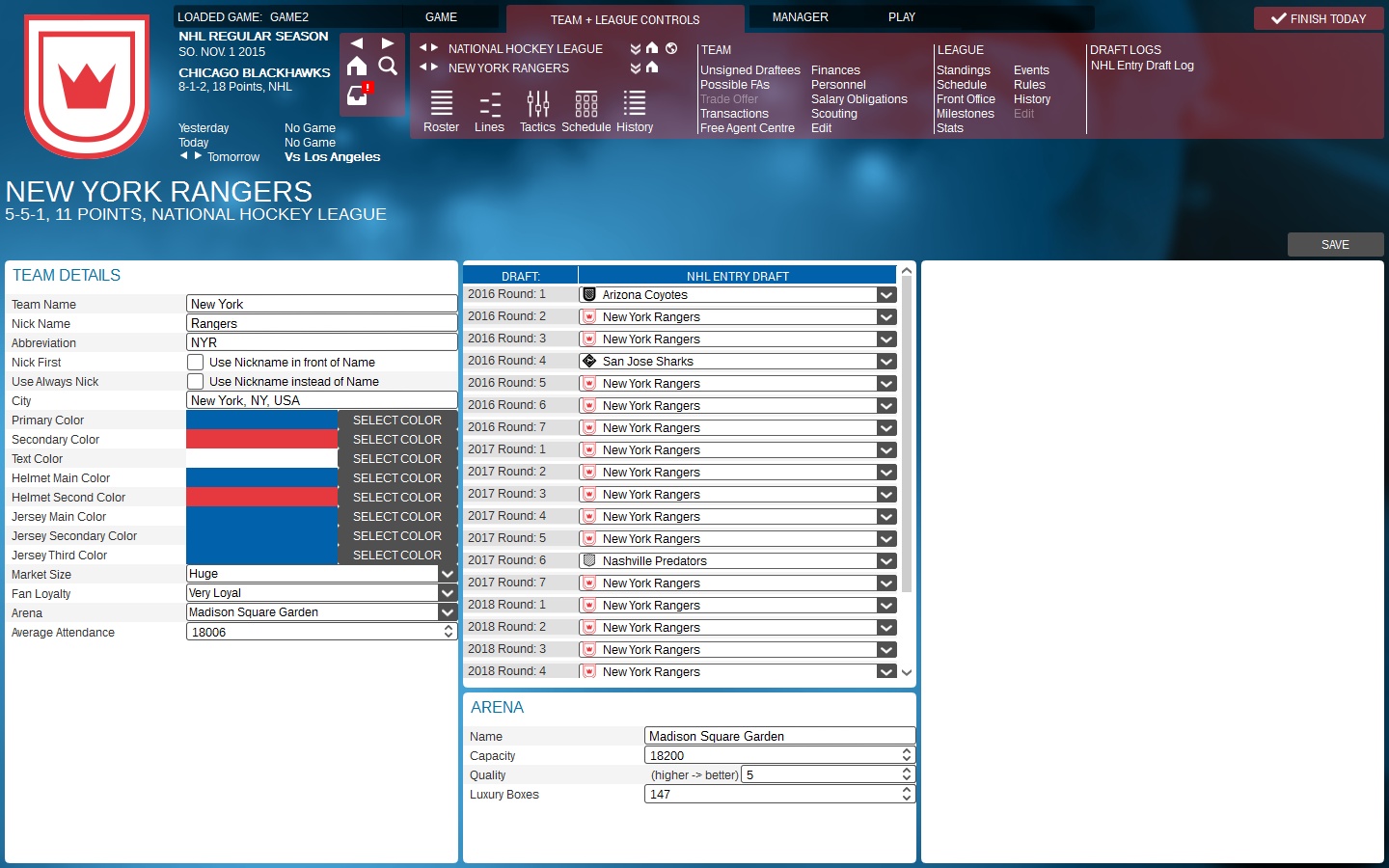 Franchise Hockey Manager 2 is the second hockey management game from the makers of the award-winning Out of the Park Baseball series. A truly global game, FHM is the deepest, most immersive, and most customizable hockey management game in the world. Choose one of 21 leagues around the globe and select a team to guide to glory - or create your own hockey universe, or choose a historical start date as far back as 1931. Sign free agents, trade players, draft the next crop of superstars, and much more!

This is as close as you'll get to sitting in a General Manager's office without drawing a paycheck from a team. Oversee team finances, keep an eye on the salary cap, hire your staff, put together trade packages, make contract offers to free agents, and draft the newest generation of stars.

New Game Engine: The heart and soul of FHM 2 - the game engine - has been completed redesigned from the ground up. This creates the most realistic results ever seen in a hockey simulation. With the new engine, every second of a game is simulated and the engine keeps track of exactly which zones the puck and all players are, at all times. This allows us to simulate the flow of a hockey game much better than before, with each event playing out through the engine.

Revamped Tactics System: You can trade for, sign, draft and develop the best and most talented players, but that’s only part of the challenge in Franchise Hockey Manager 2. In order to truly reach full potential, you will need to put in place the optimal strategies to get the most out of your players. The tactics system and the entire game engine in Franchise Hockey Manager 2 has been rewritten. It is now far more robust, detailed and it provides far more depth, better immersion and a bigger tactical challenge. Or, if you'd prefer, you can have the computer take tactical control, or borrow a successful tactic created by another user.

If you’re the general manager of an existing team, you’ll have to make tough choices about which players to protect from the expansion draft - should you stick with your veteran goaltender or turn the reins over to your young unproven talent? As an expansion franchise you will have the unique challenge of trying to build a contender from the spare parts of other teams. But with shrewd moves and some patience, your new expansion franchise could quickly become a contender!

Facegen: Franchise Hockey Manager 2 will bring Facegen technology to the series, to greatly enhance immersion. Players and coaches will receive individual portraits, wearing their team uniform or colours, and the pictures will age, gain or lose weight throughout a career. Facegen also allows for custom user-created jerseys to be used for each team, as well as individual user-created portraits.

And that's only a sampling of some of the new additions to FHM 2. There’s also a host of smaller changes that will have a big impact on the game:

...and many more new features and cosmetic changes!