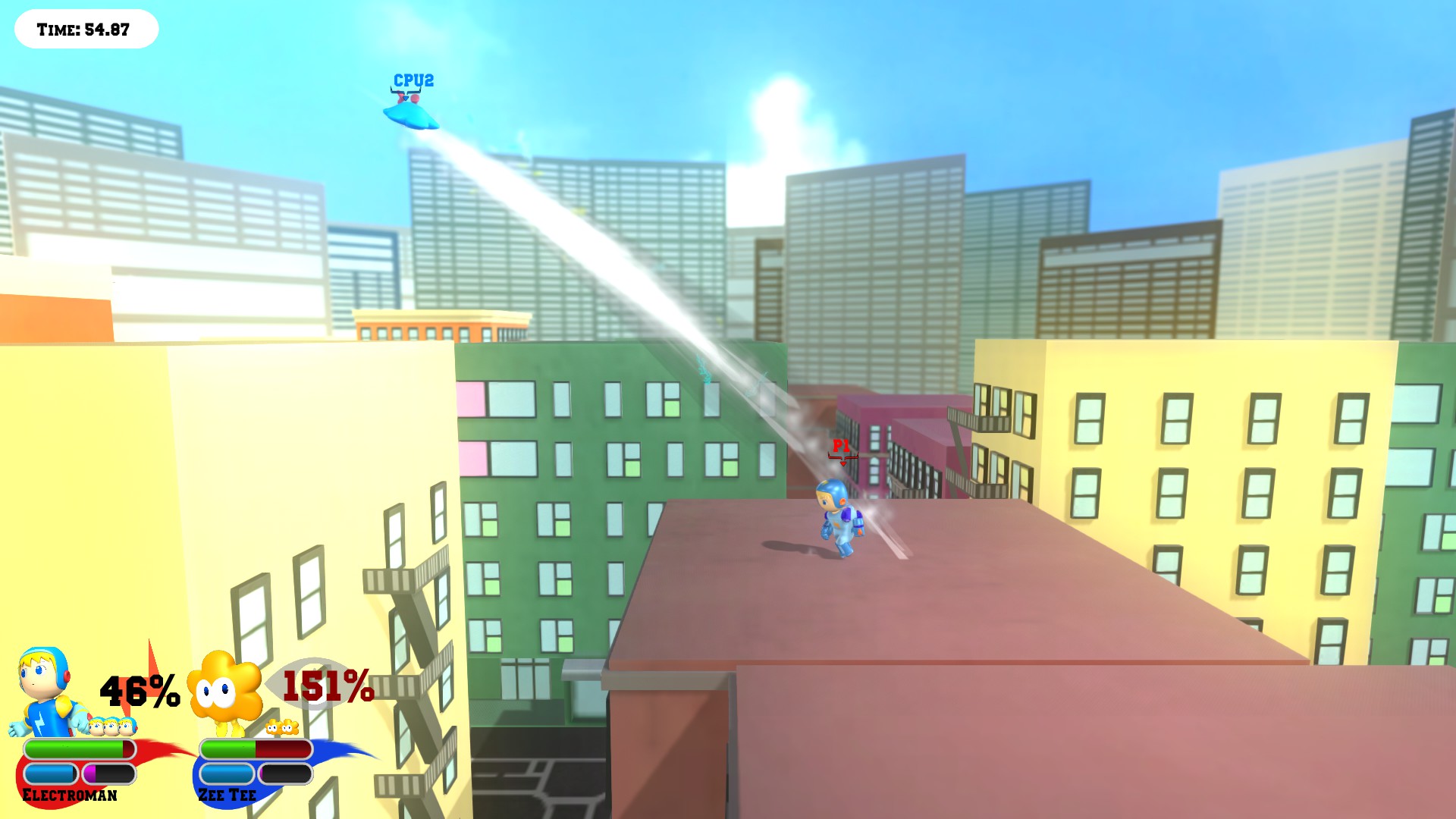 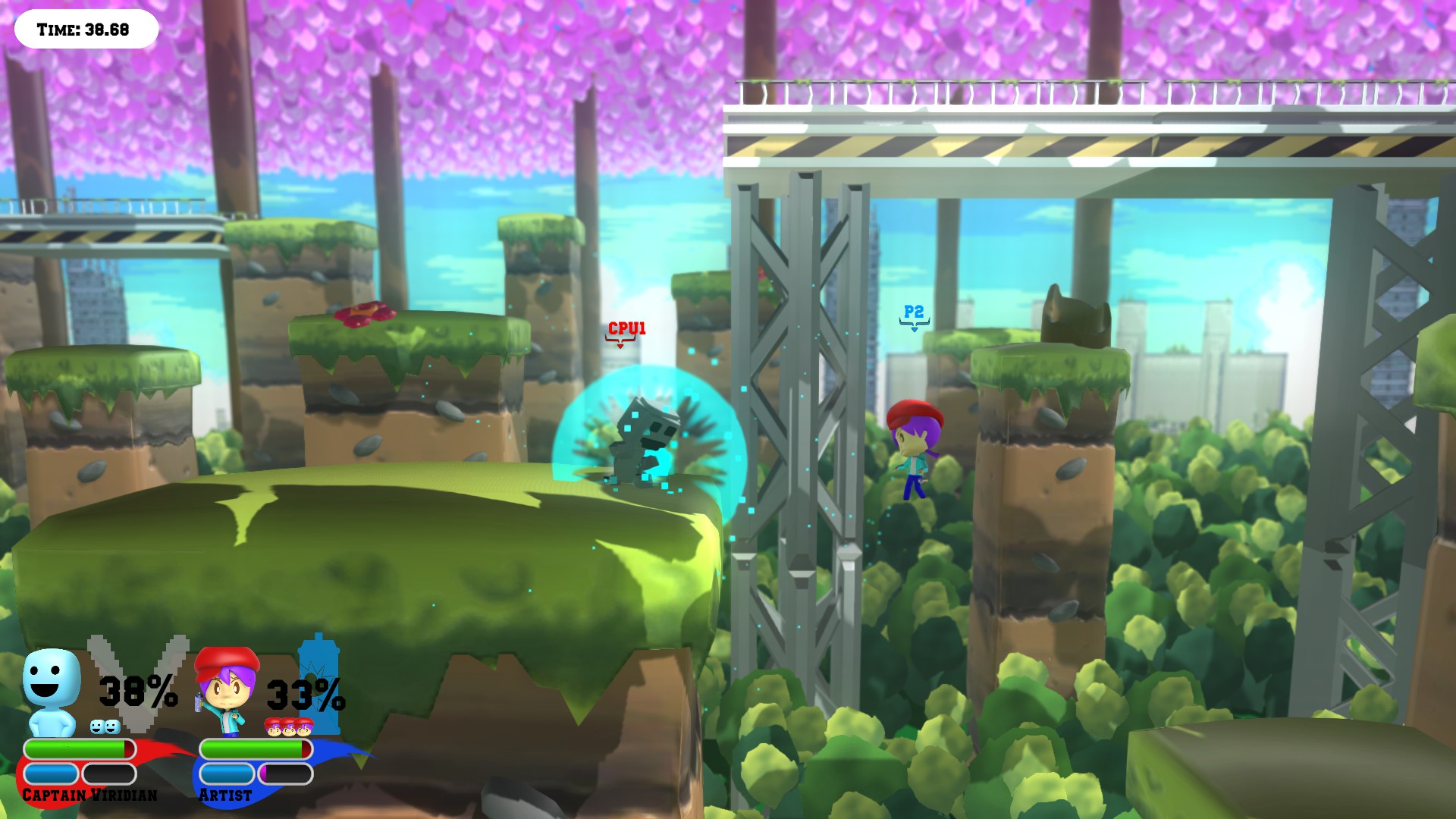 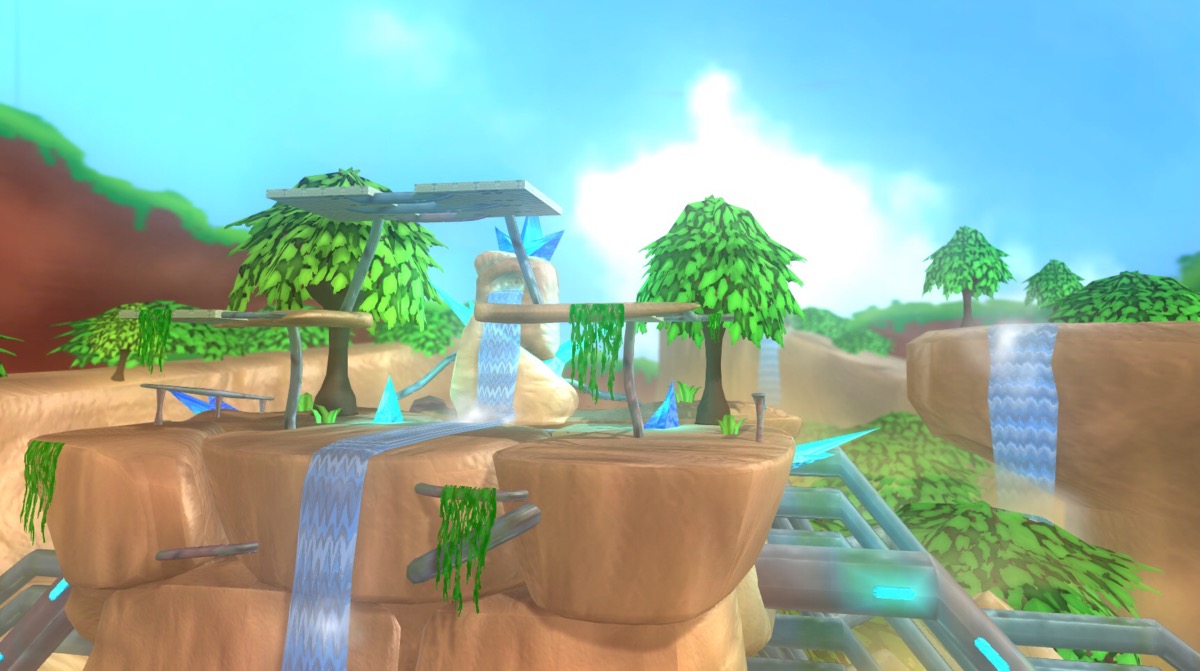 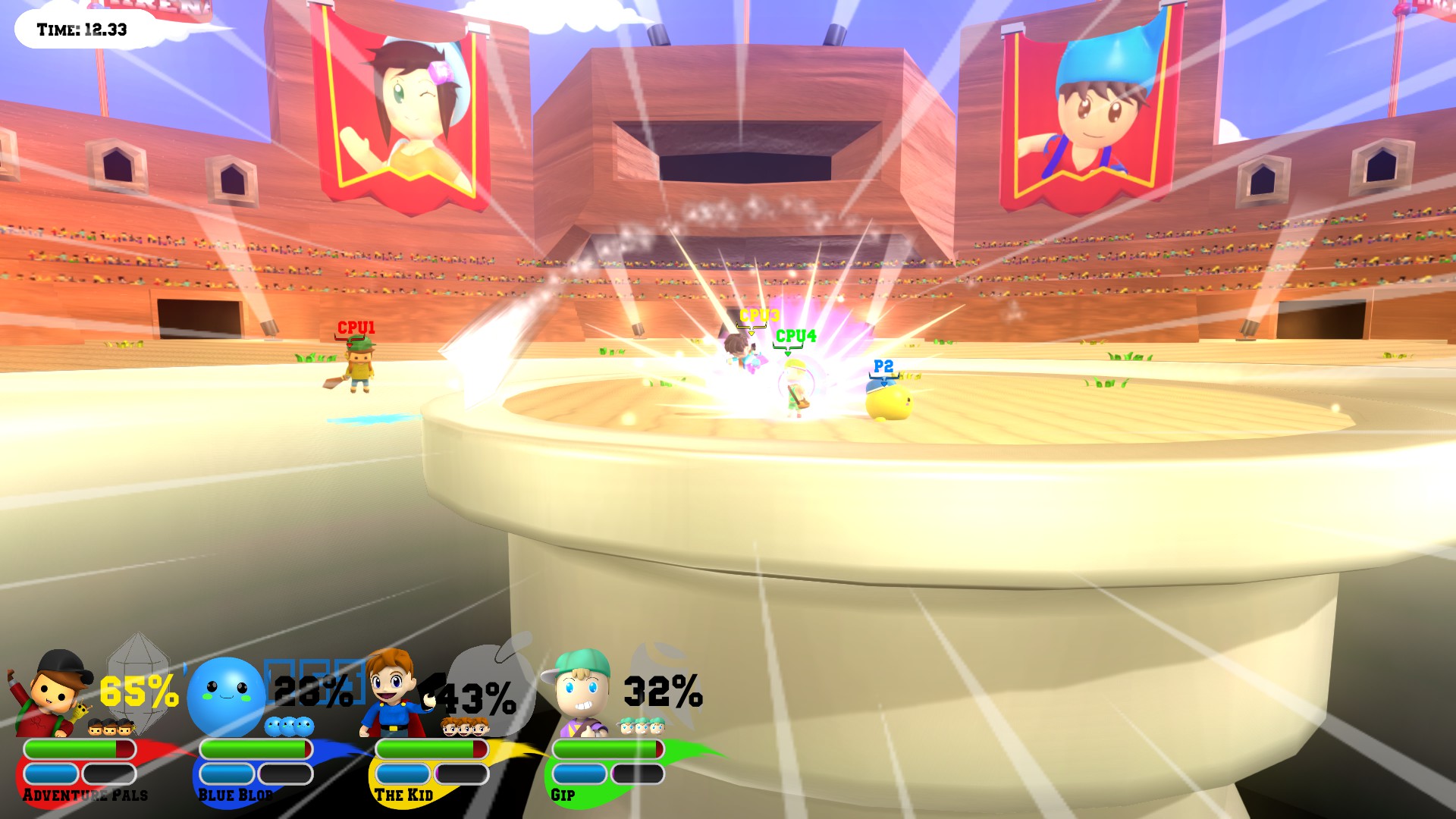 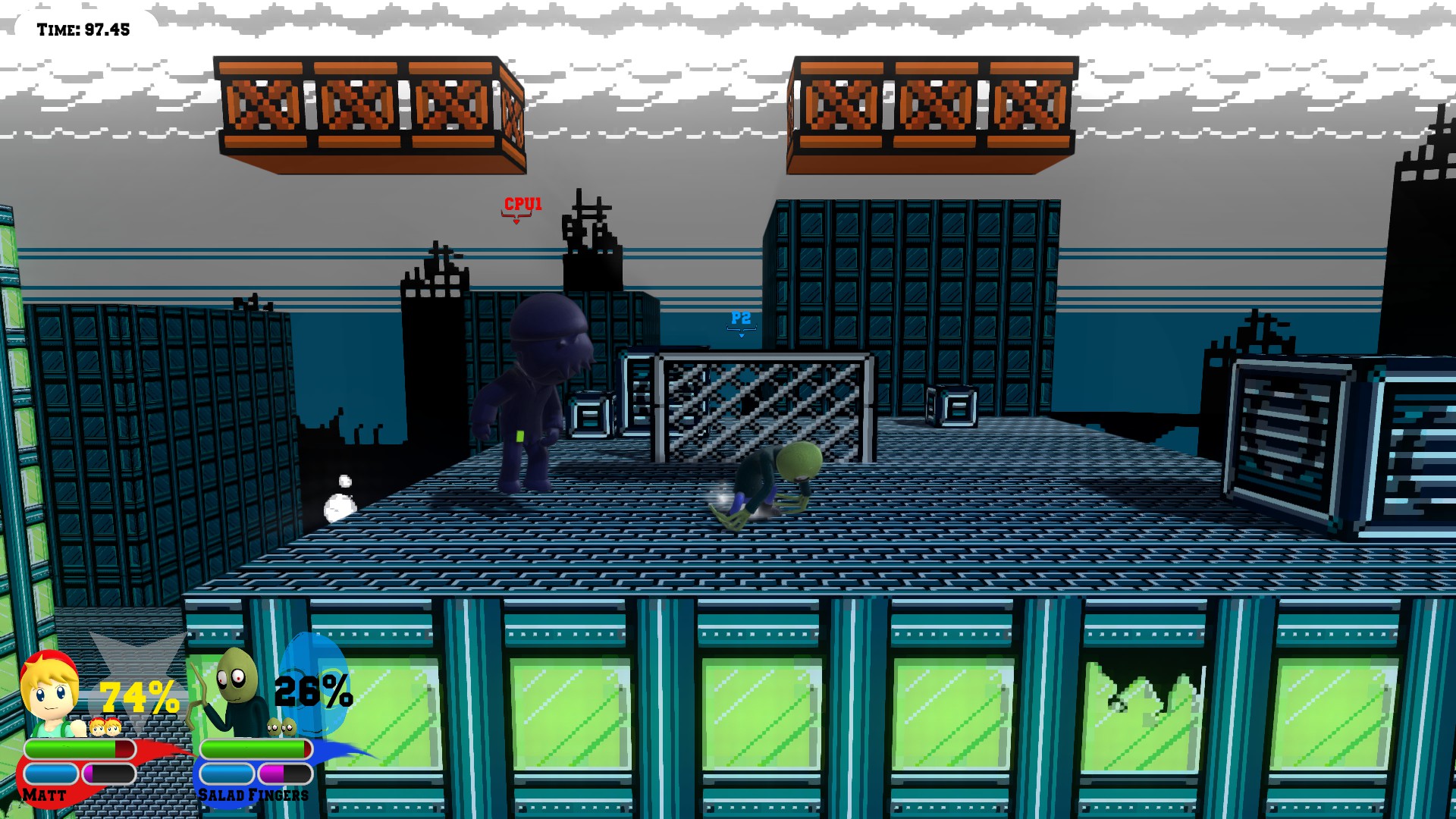 Indie Game Battle is a multiplayer fighting game for up to 8 players inspired by the Super Smash Bros series. However, IGB features indie characters instead, and the game is open for all suggestions!

We've all seen other Smash Bros-like games before. So what makes Indie Game Battle stand out?Indie Game Battle plays much like our very own version of Smash Bros. However, some core differences are the team-based gameplay, the status effect system, and the PP meter.

IGB is intended to work especially well with team battle, which few other Smash Bros or Smash Bros-like games have put the same amount of focus upon. It works just as well with free for all and 1v1 matches, but some movesets and mechanics are designed to work in teams and create new strategies you may not see elsewhere. If you believe team battles aren't popular enough in other games, IGB could be the game for you!

The PP meter decides how much you can use certain moves on some characters, and the bar will refill over time. Maybe the move is especially powerful and therefore uses the PP bar to simulate a cooldown? Some characters depend on having PP left for using some of their moves. Using this wisely can win you the battle!

The status effect system makes Indie Game Battle more based around strategy. Sometimes, only hitting your opponent enough isn't the best strategy to beat them. Some characters can cause fire damage, poison opponents, drain them of the PP they need to use certain moves, slow down their movement speed, and more. Making your opponent disadvantaged and exploiting their weaknesses can turn a battle around!

We aim to interact with our community as much as possible. All suggestions will be considered, and we never ignore ideas! Anyone interested in the project can feel free to message us about their ideas whenever. if achievable, you might be lucky enough to have your ideas accepted.

Indie Game Battle is a game we want to continuously support and update for as long as possible in the future. We do not have set goal of content for the game for this reason, but we can guarantee that it will continue to grow for a long time as new characters, stages, modes, etc are added to the game.

Right now, the game consists mostly of smaller indie games and less known developers. But we hope to get bigger names into the game in the future if possible, too!

Are you an indie developer? If so, feel free to contact us if you'd like to see your own characters in IGB. Maybe you'll be lucky! If you aren't a developer, you can always suggest a game, too!