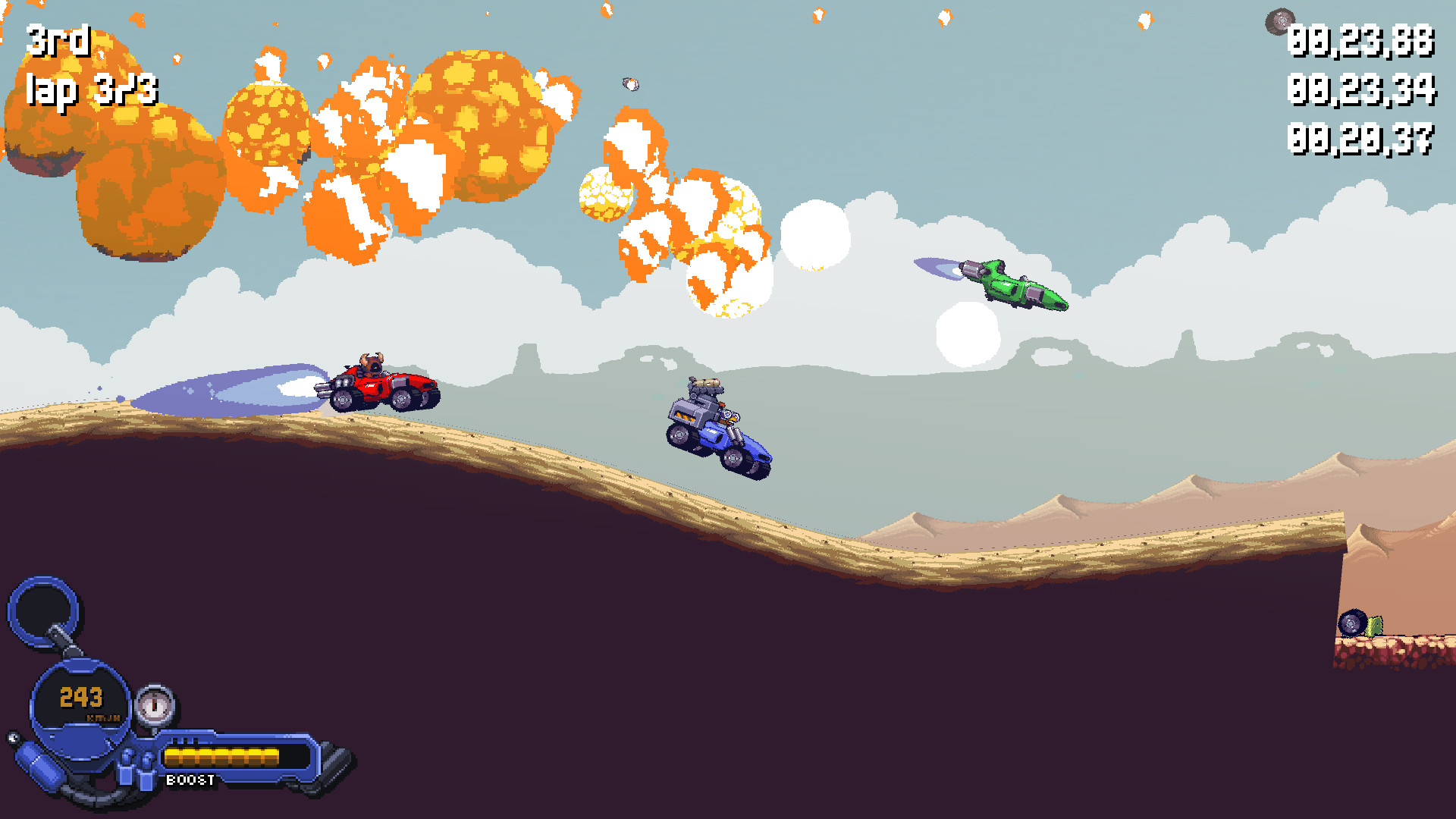 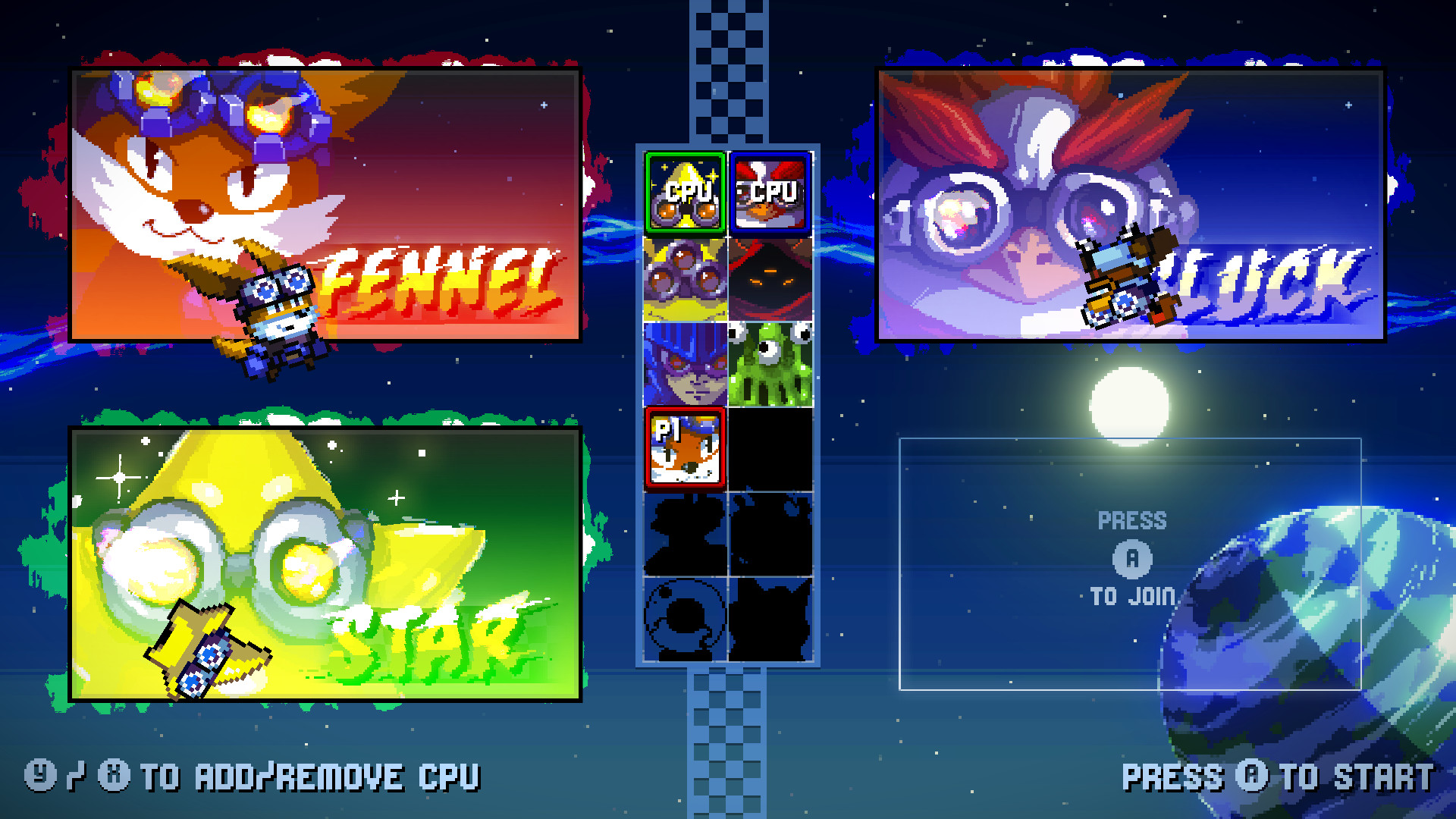 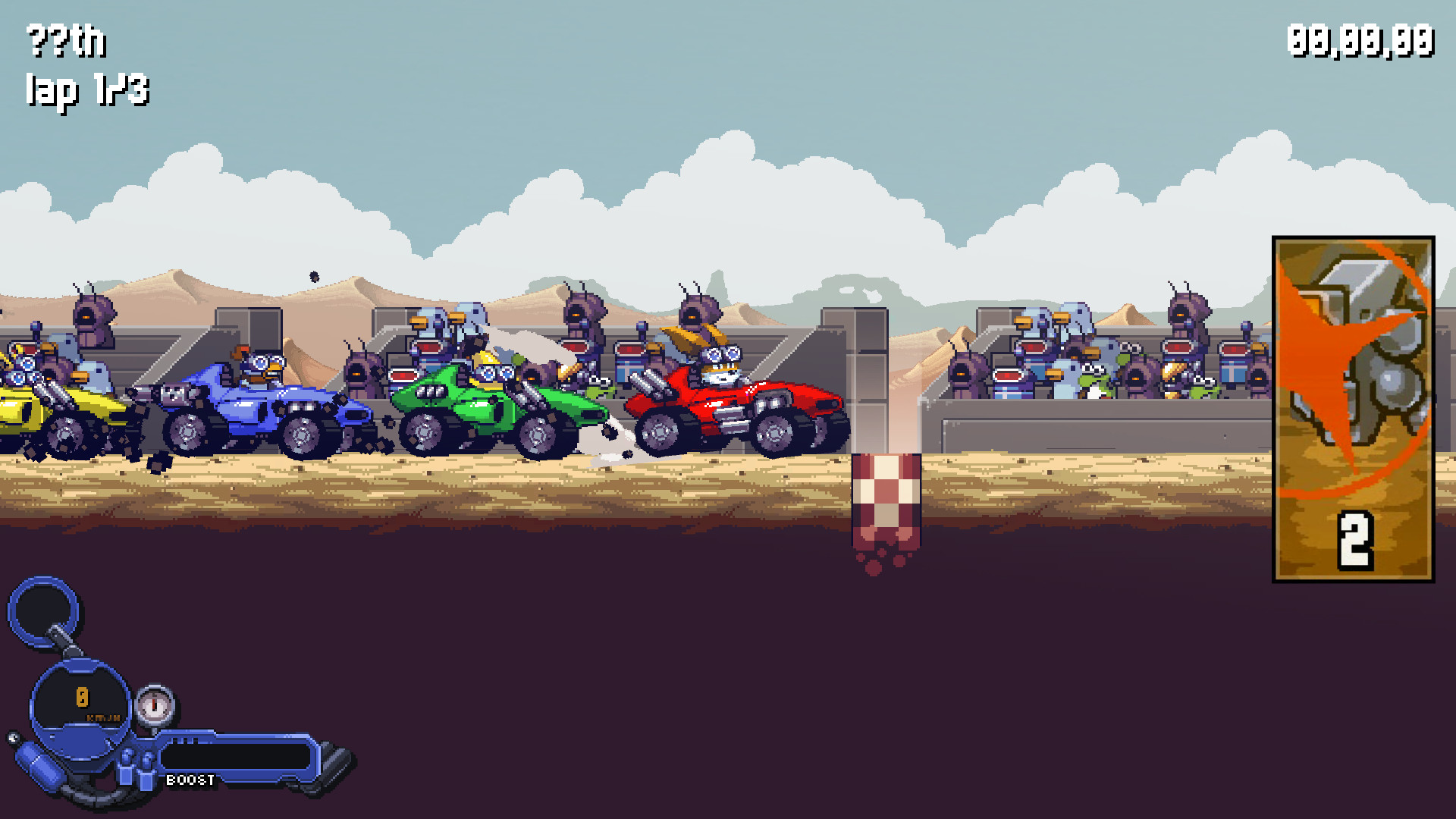 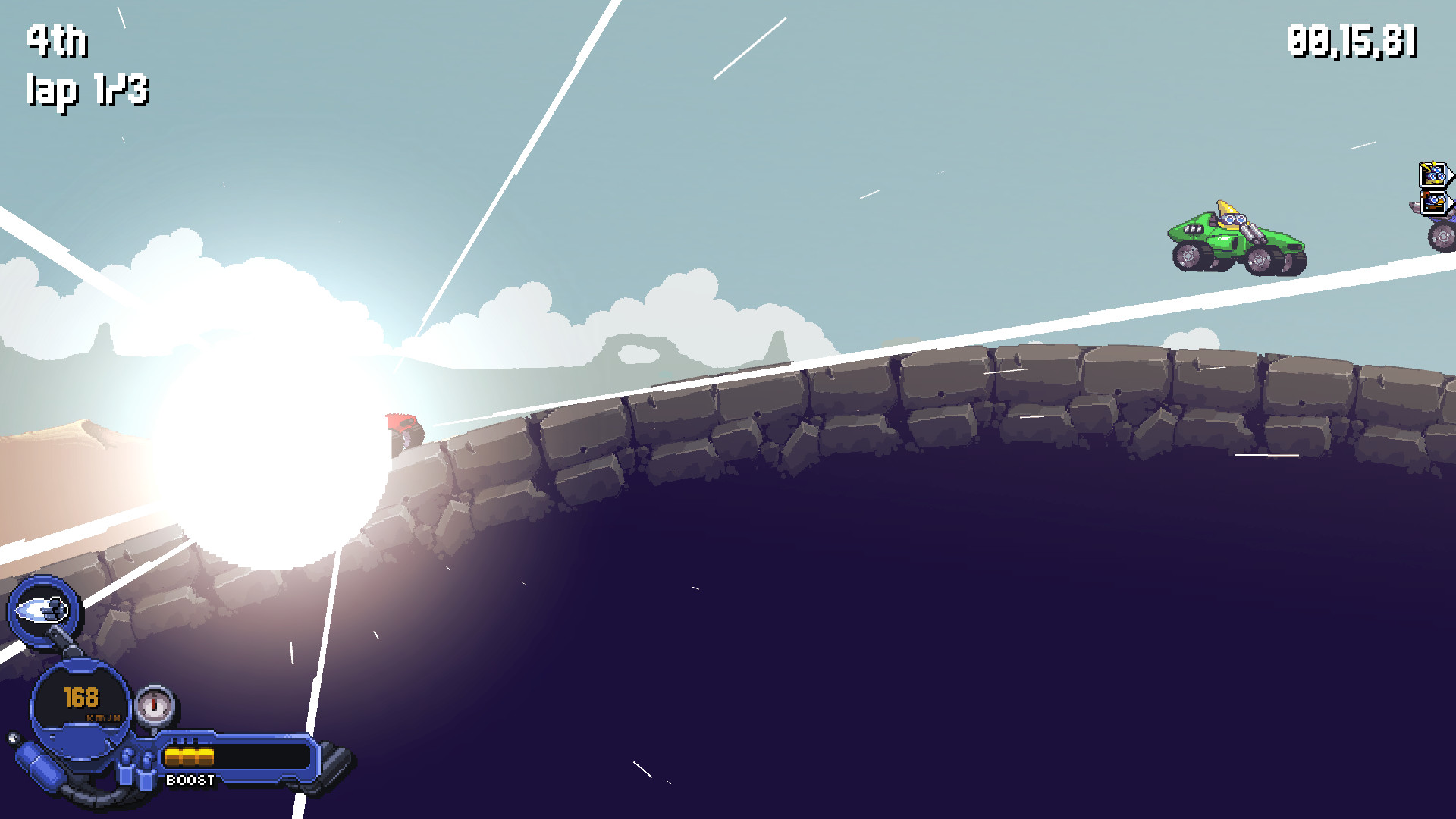 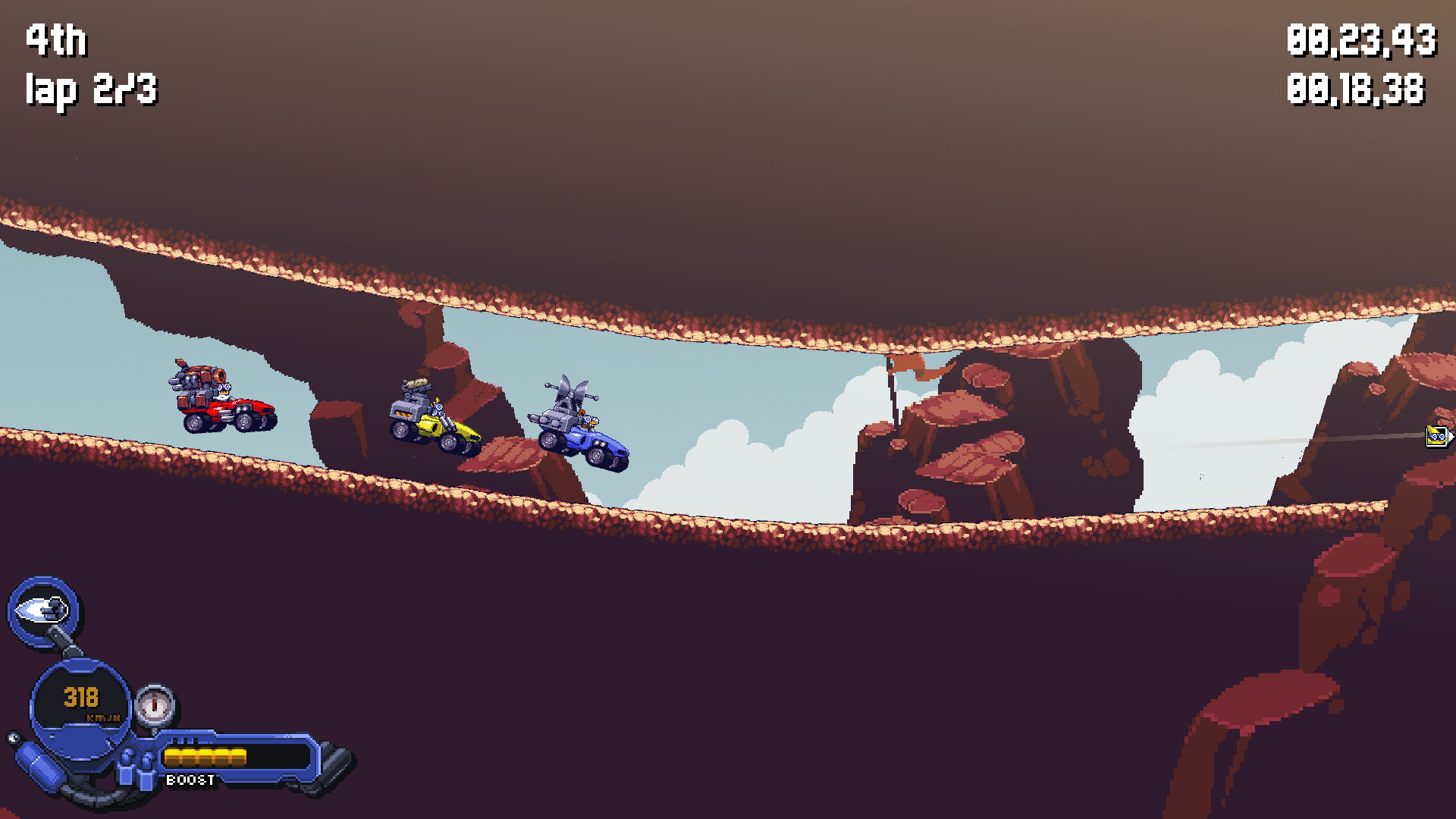 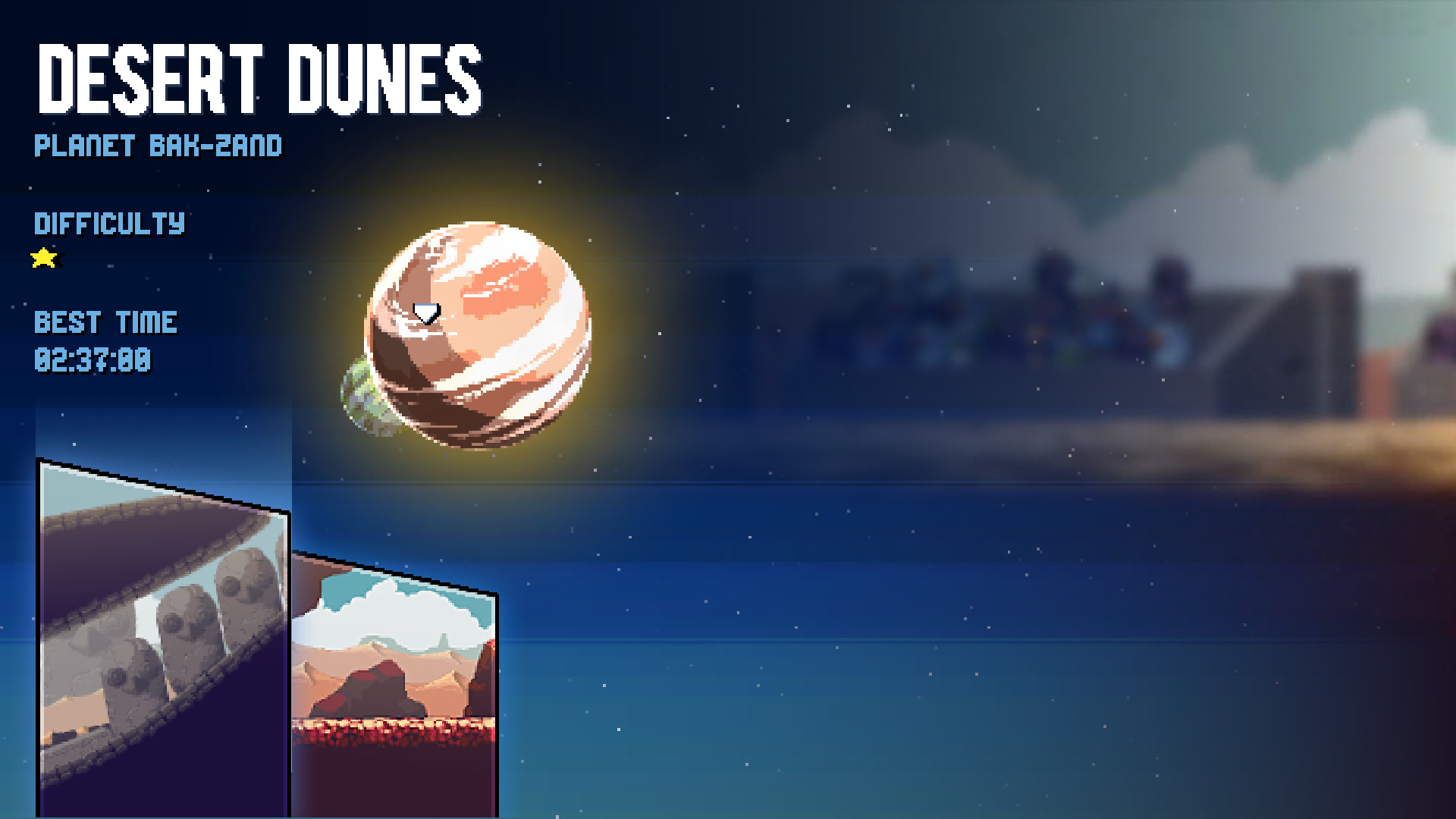 Intergalactic Road Warriors is a side scrolling combat racing game set in outer space. A violent grand prix which takes place on a wide range of planets. You have been invited to join this intergalactic tournament, a battle royale to the finish line. Eviscerate opponents in glorious explosions, pass them through black holes or copter your way overhead.

If you win this tournament, you'll be set for life. Maybe that's why it attracts so many racers from all over the galaxy. You'll start with your shitty car and unlock better parts, guns, car paints, decorations by winning races and eviscerating opponents on the battlefield race track.

In terms of full disclosure as stated in MEGACOORP's Intergalactic Trade and Digital Distribution Treaty we hereby provide what's included in early access at this stage.