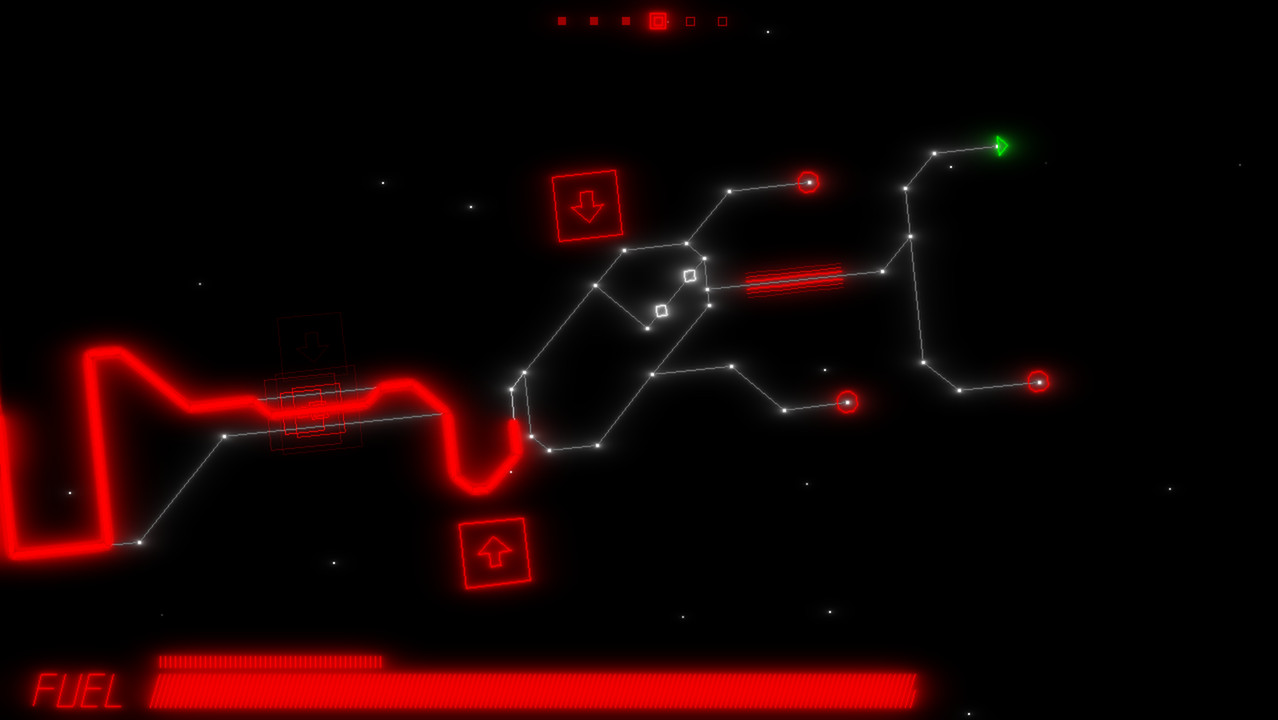 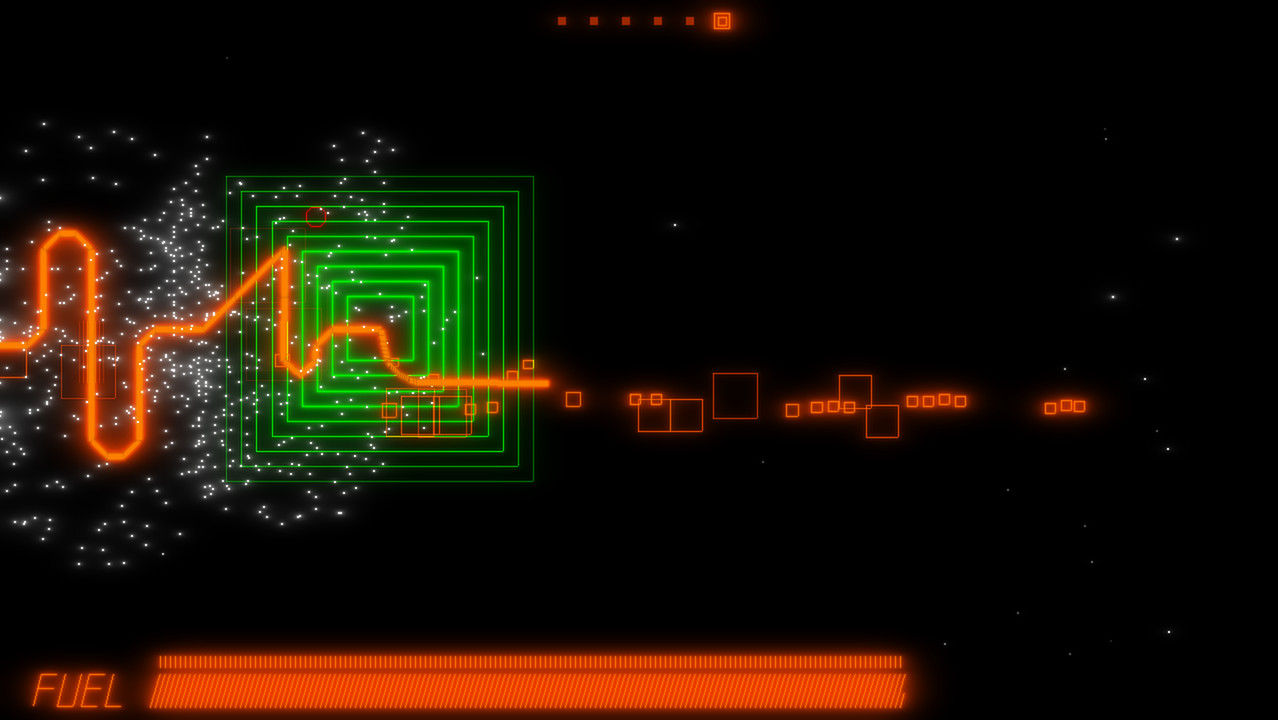 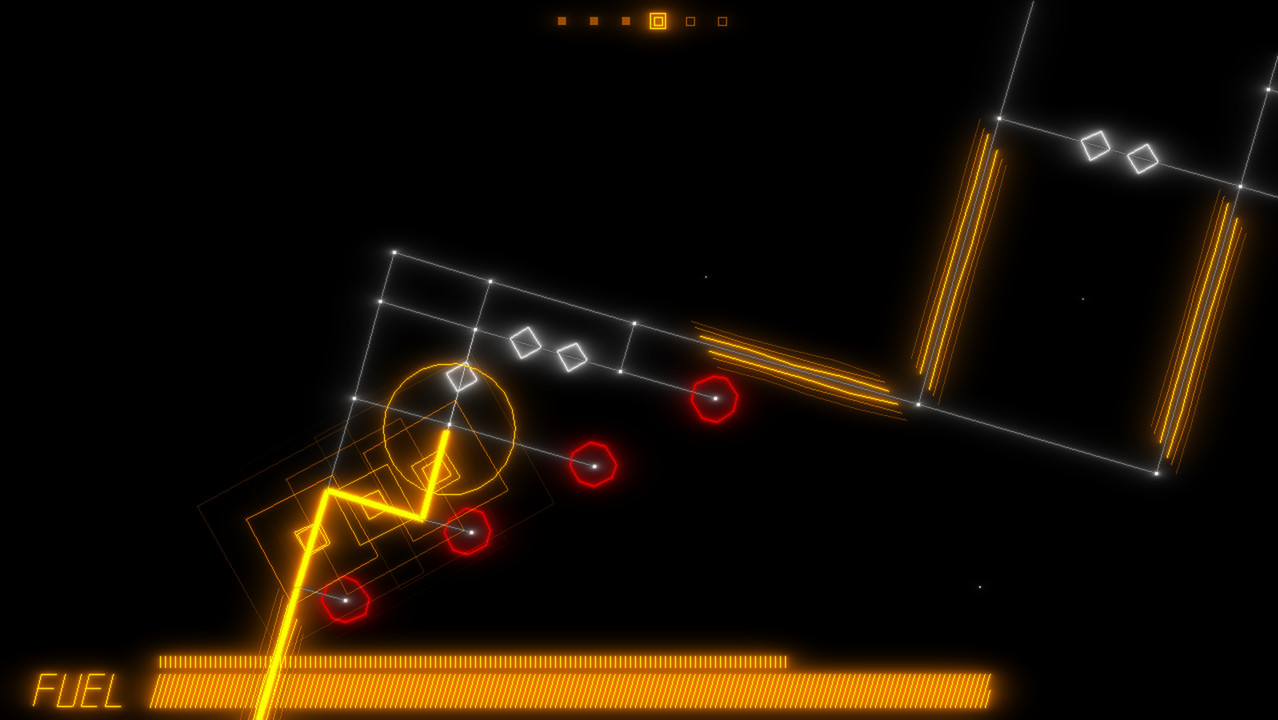 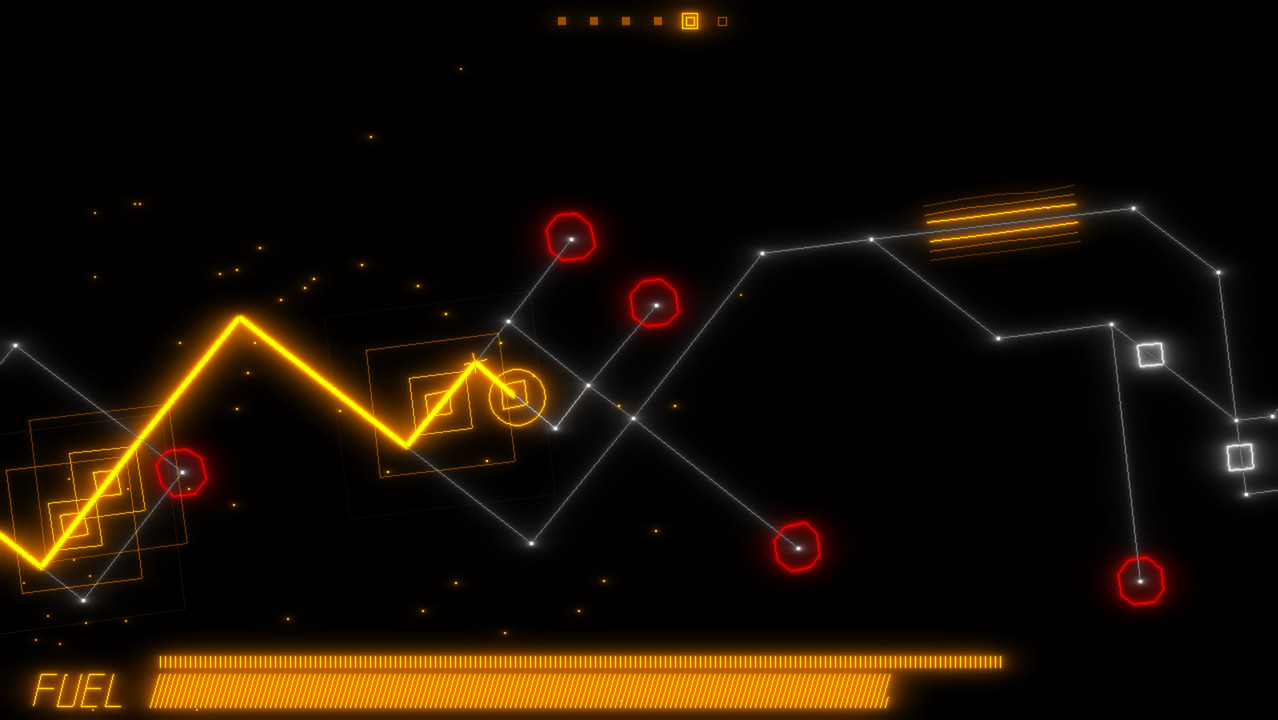 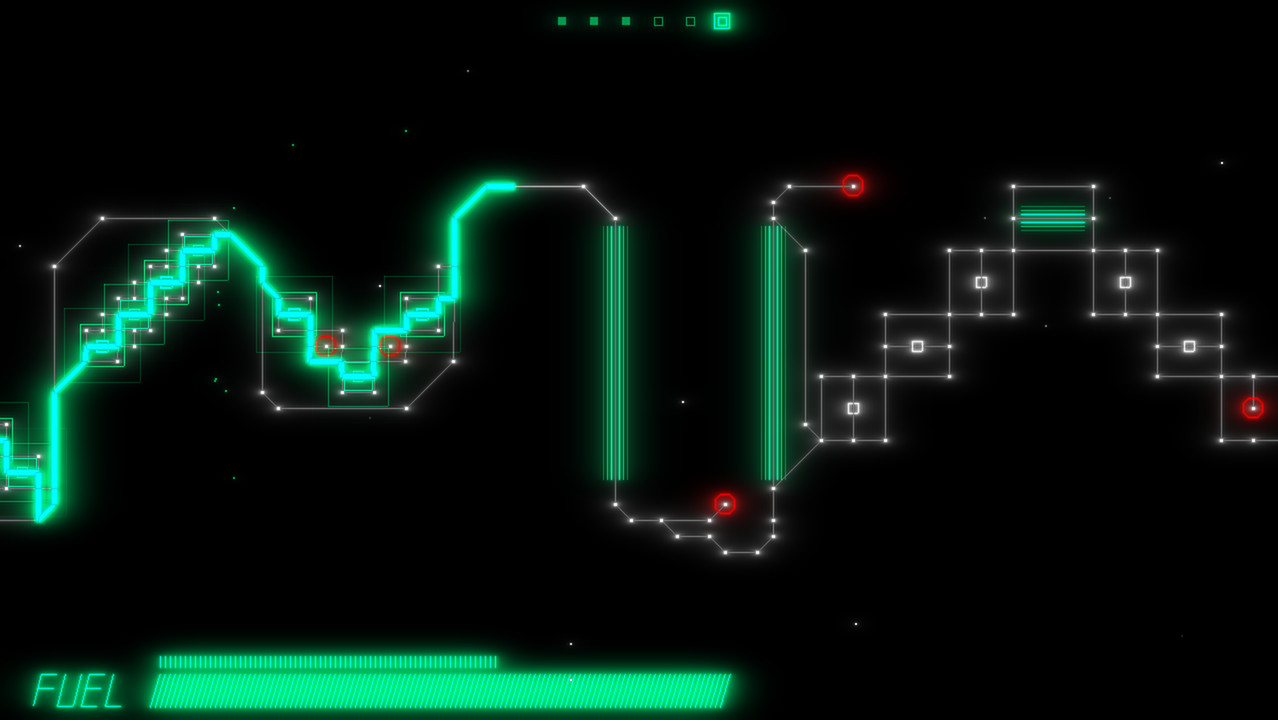 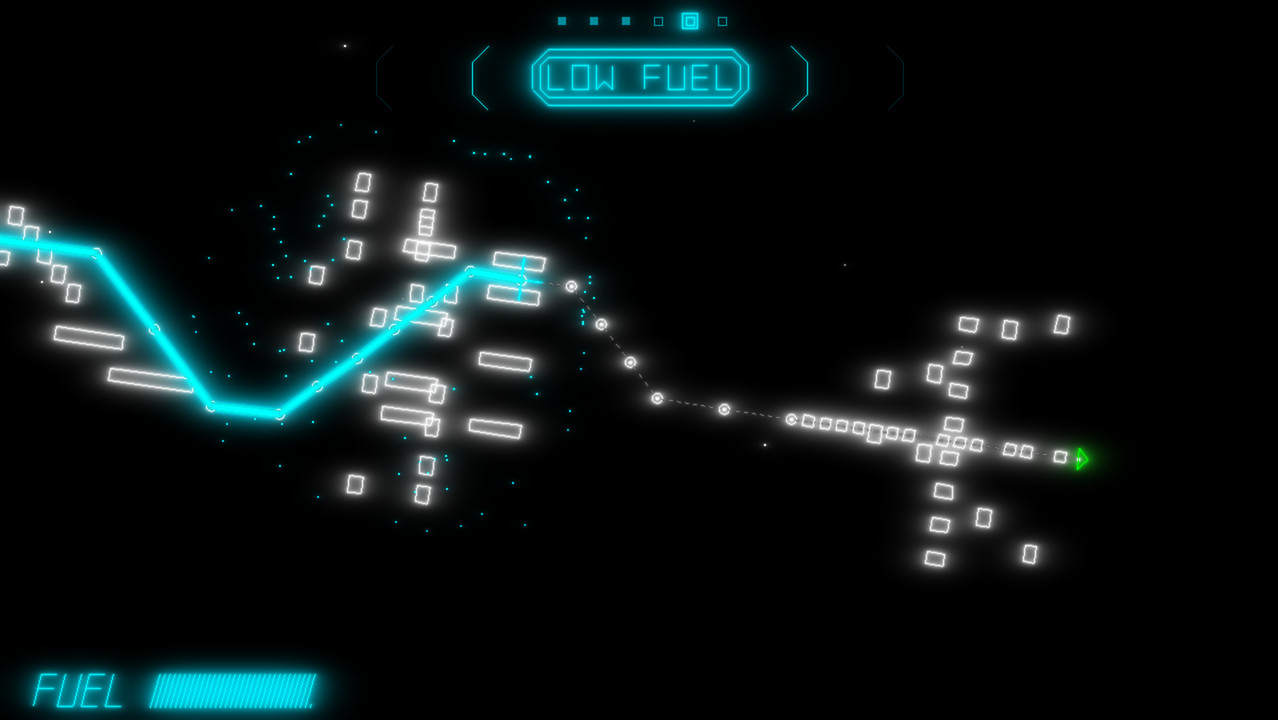 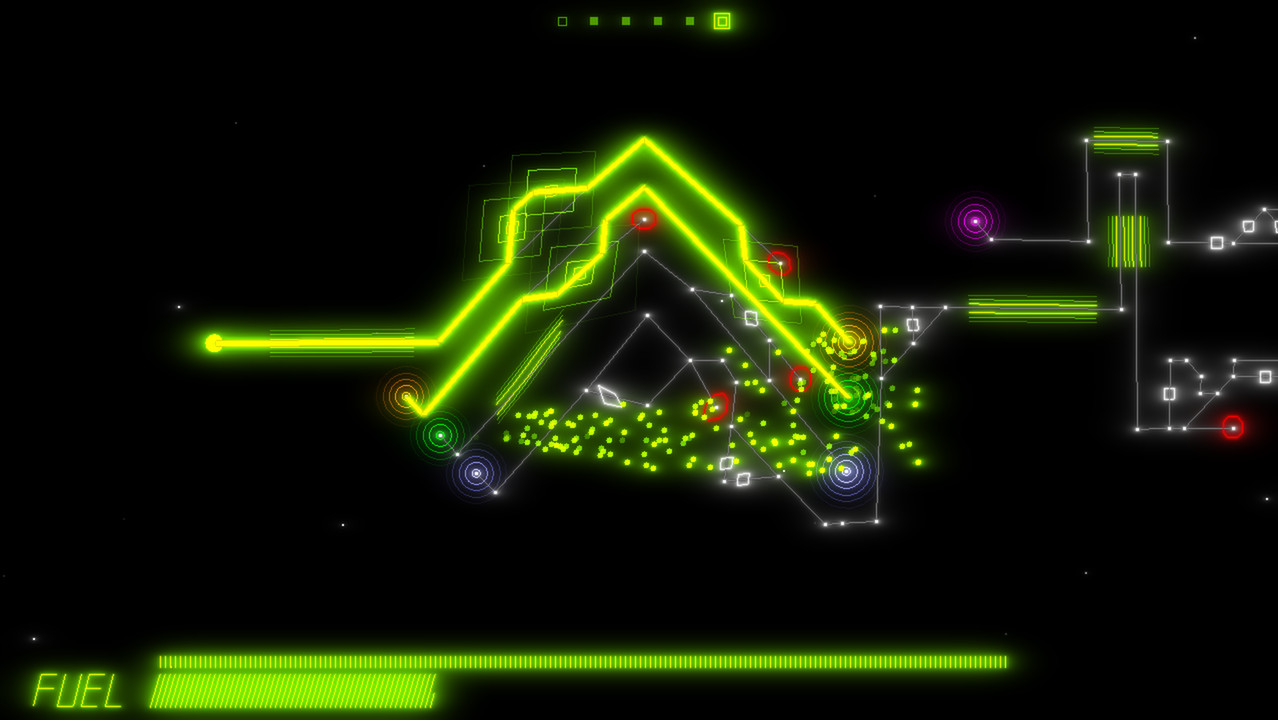 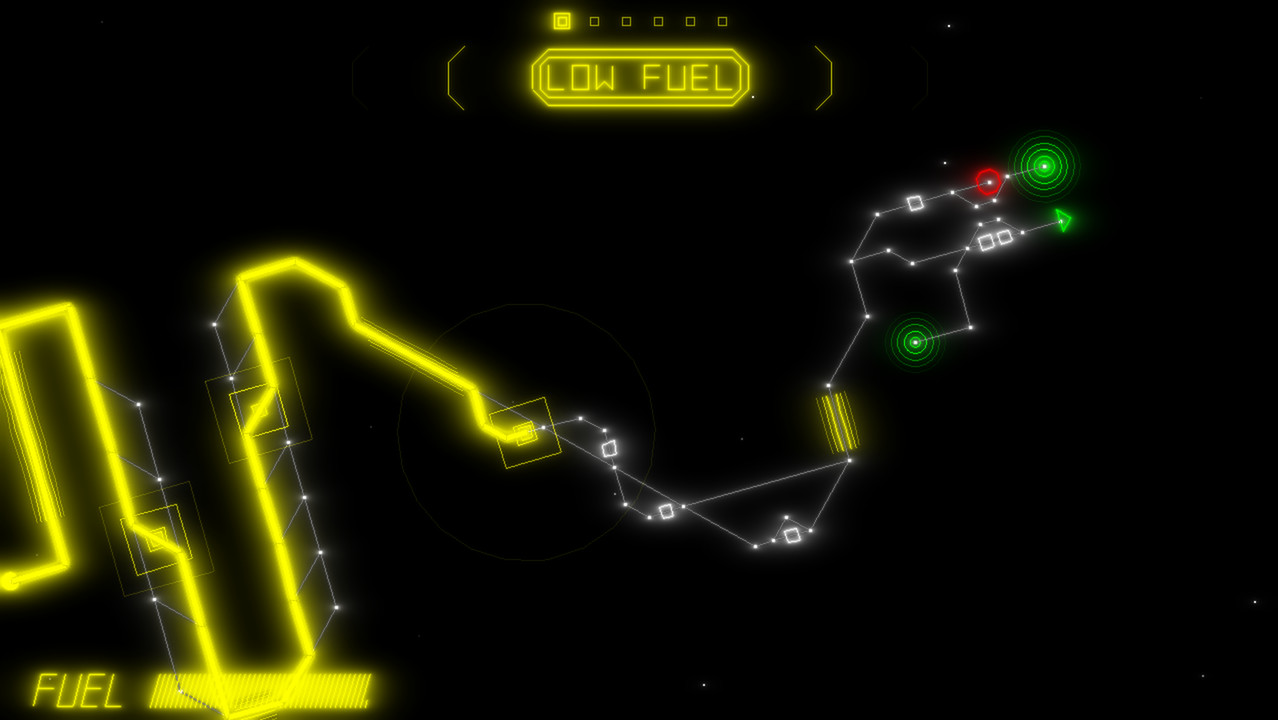 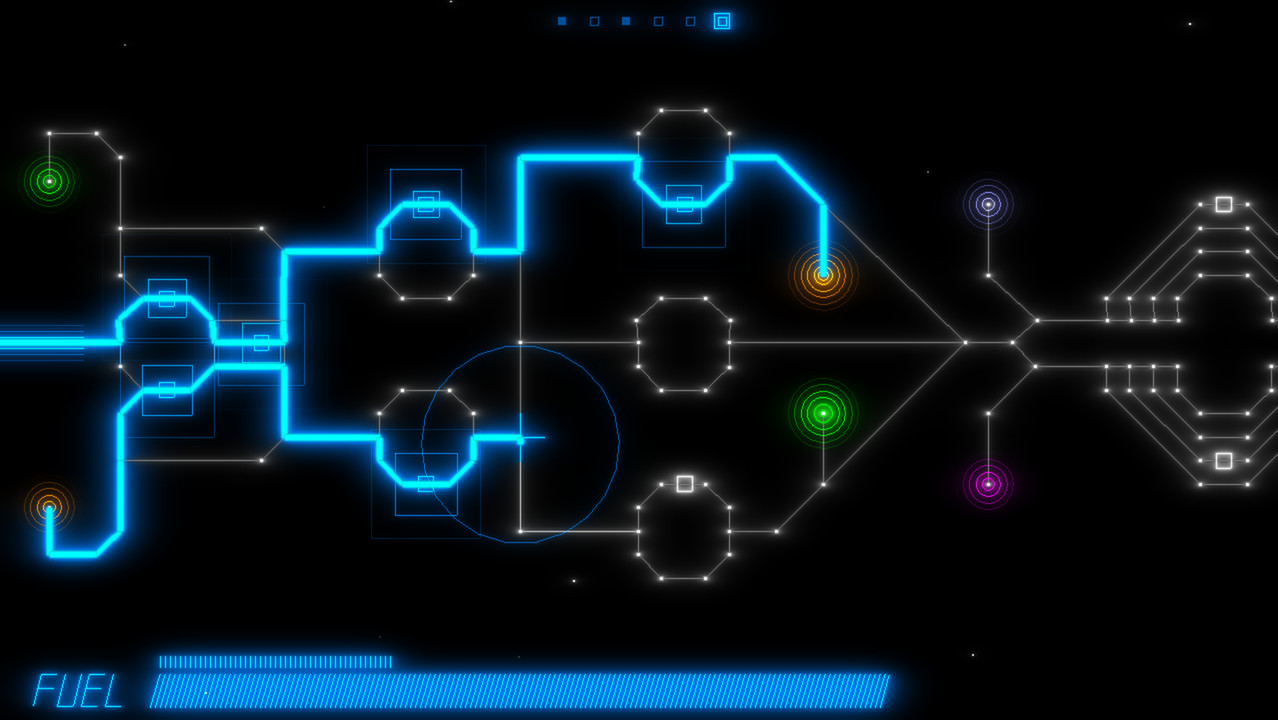 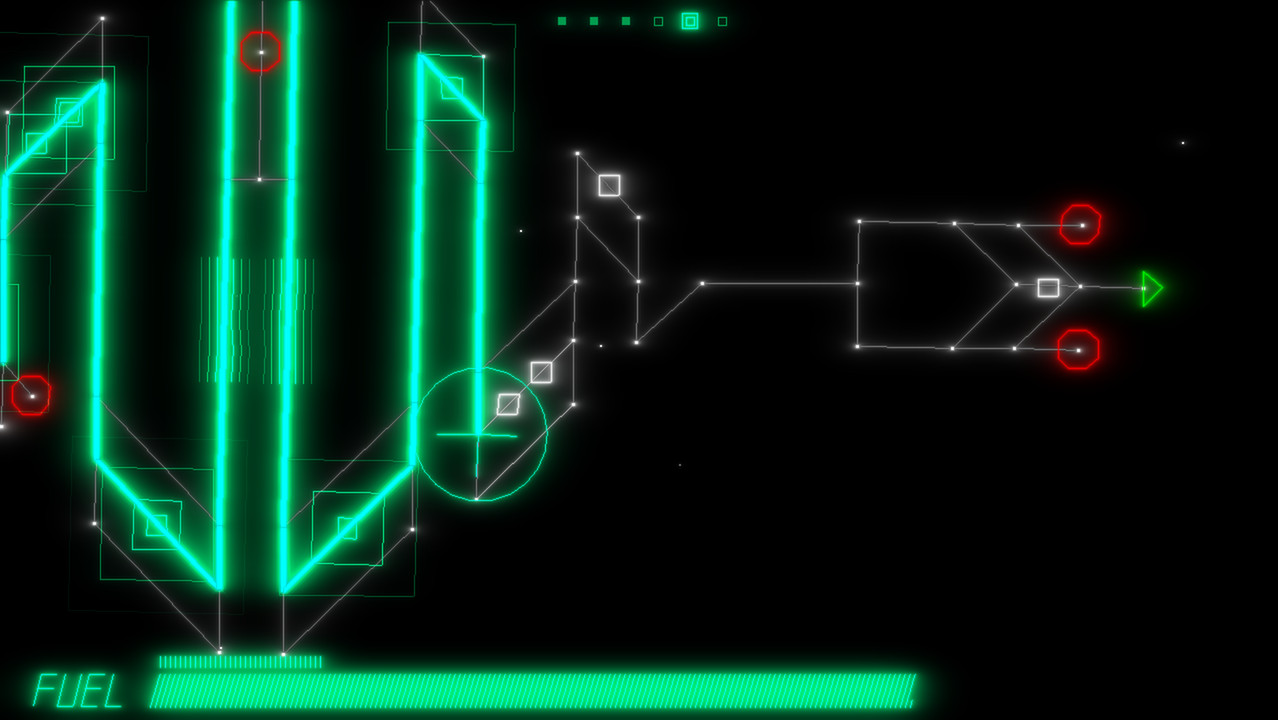 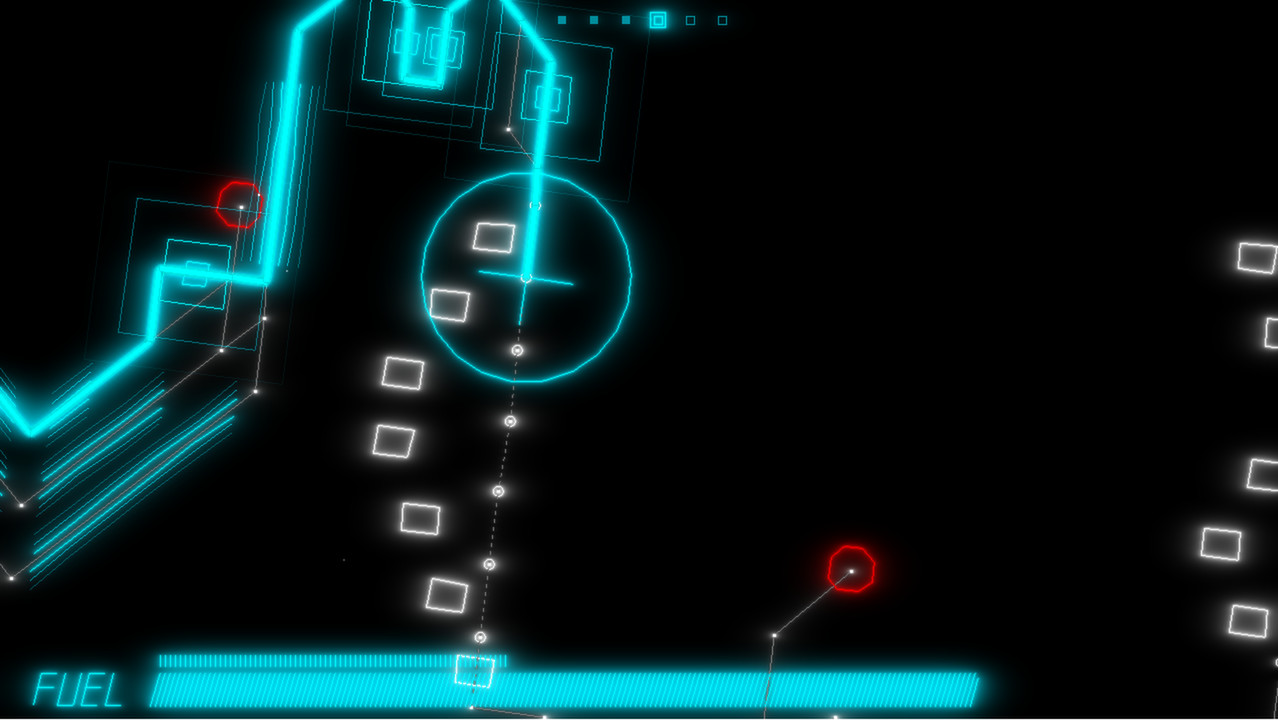 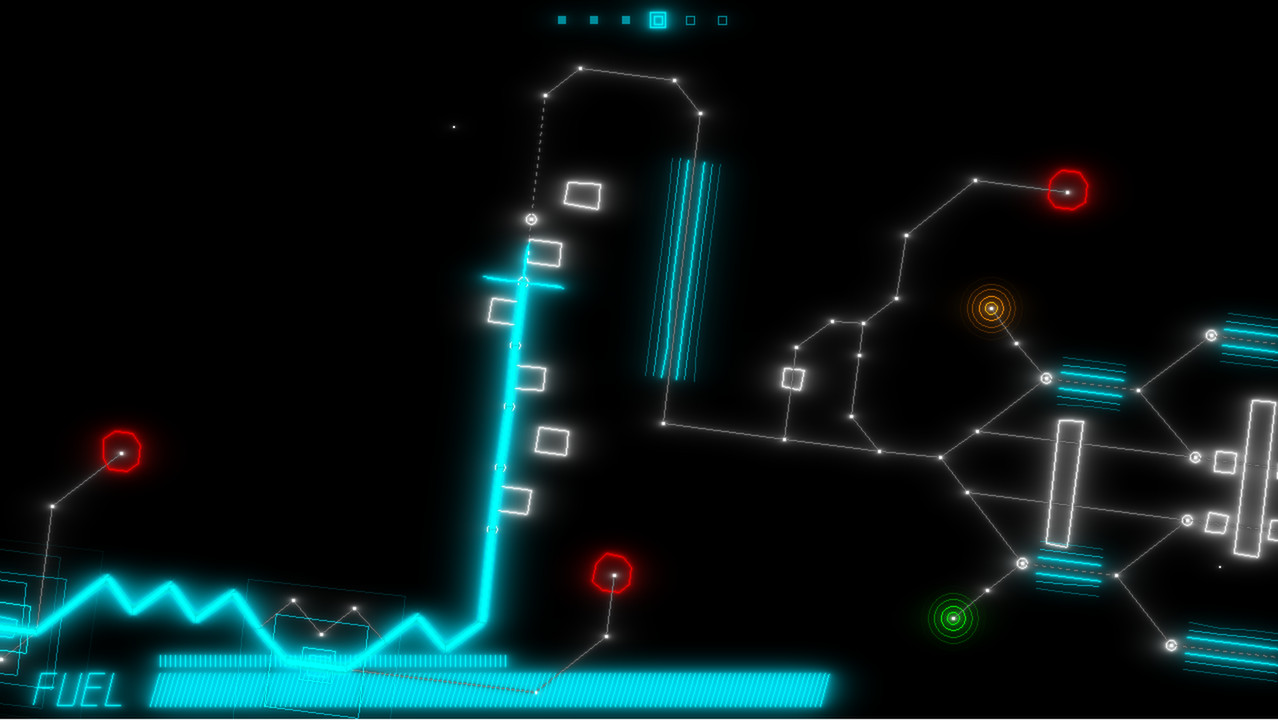 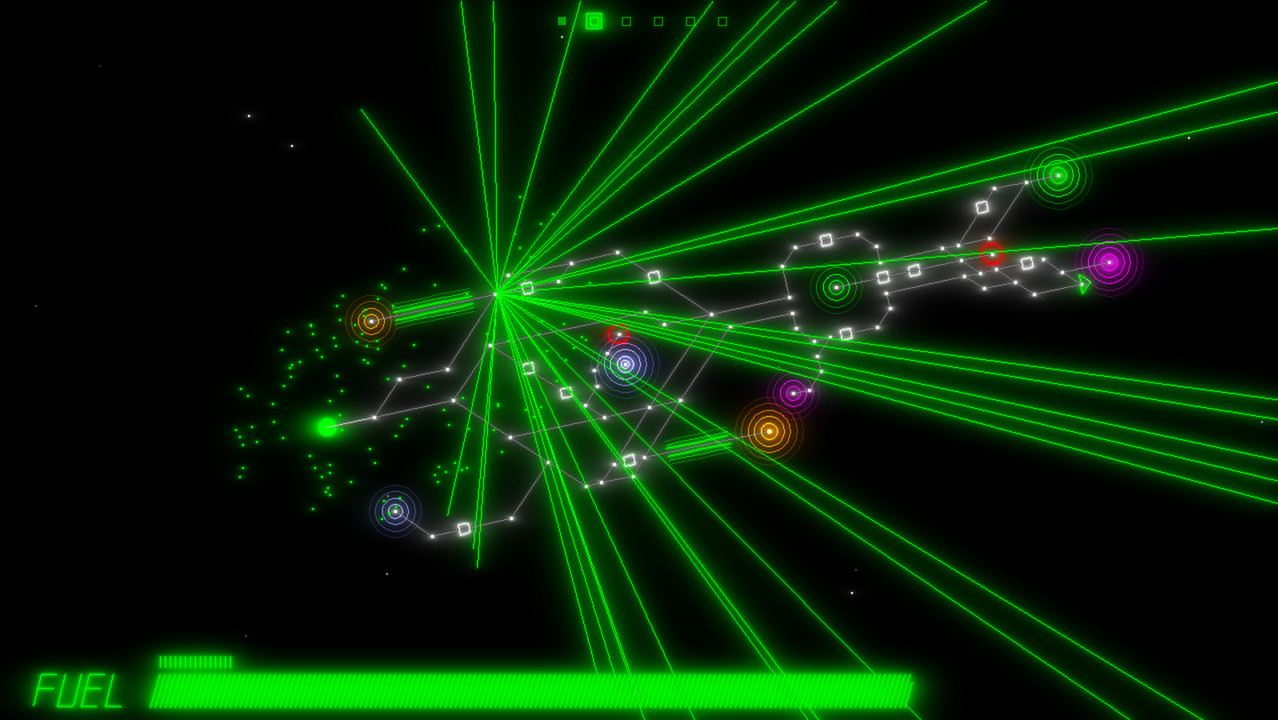 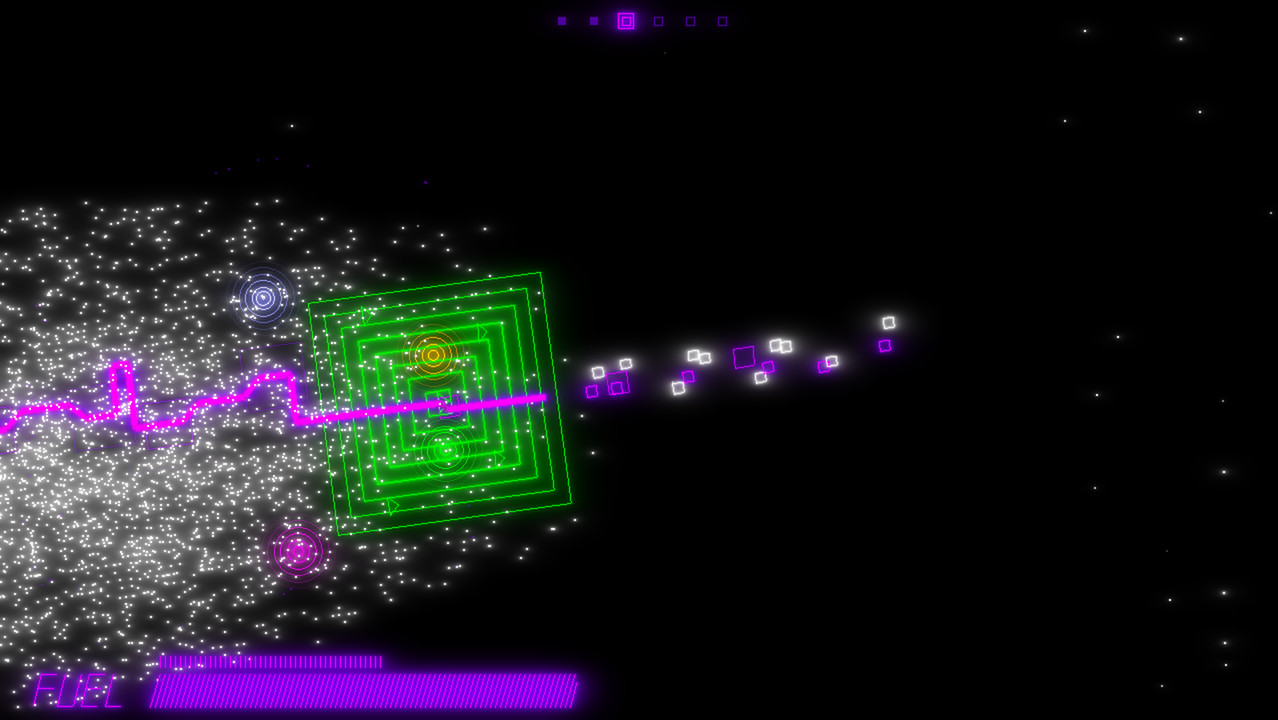 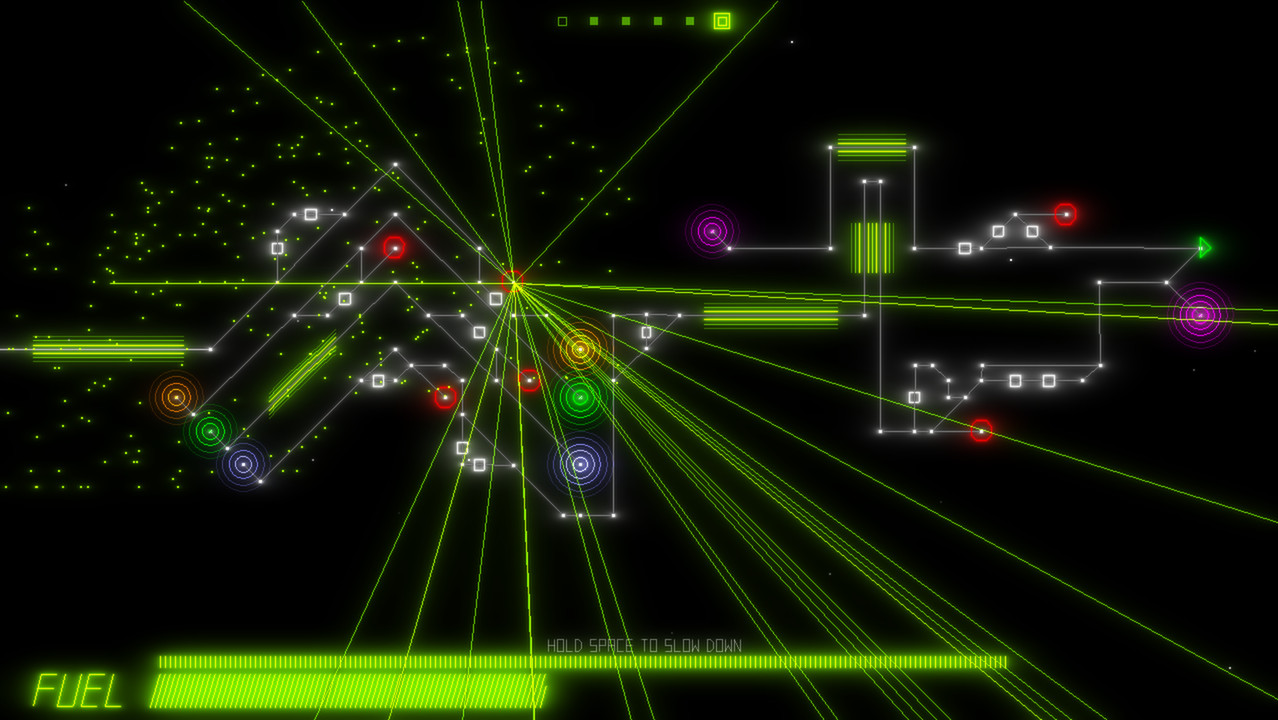 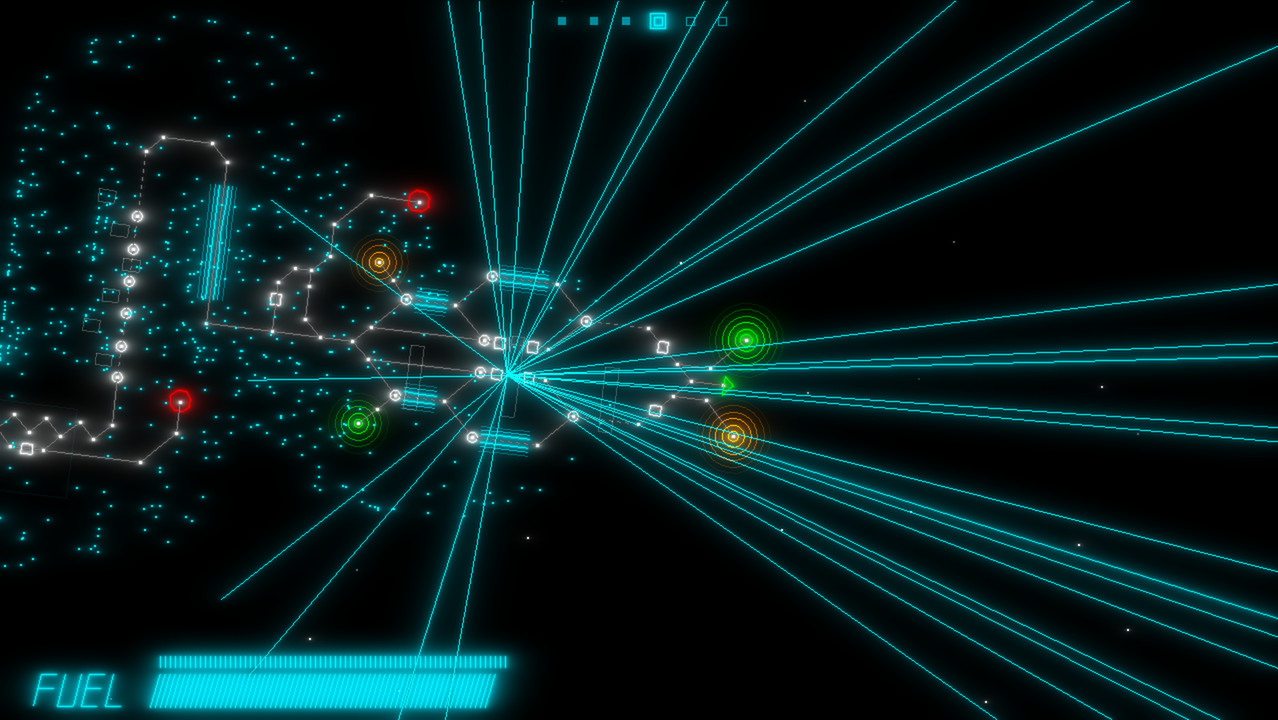 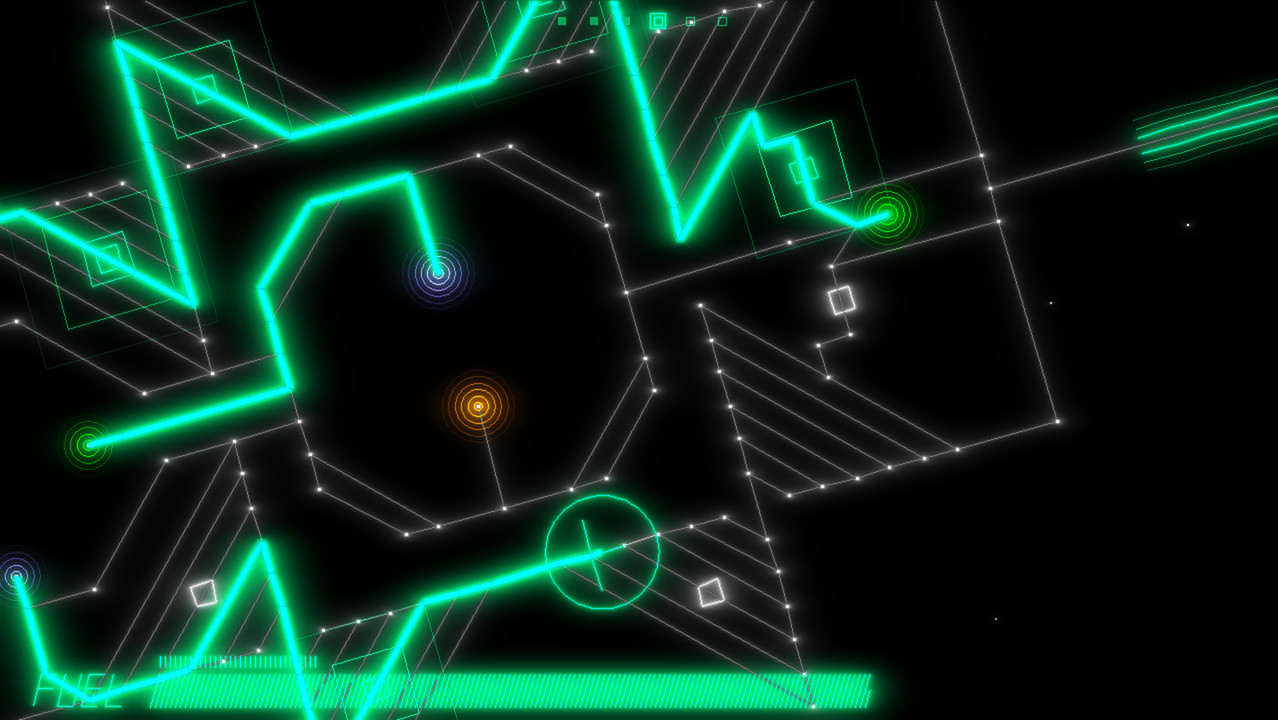 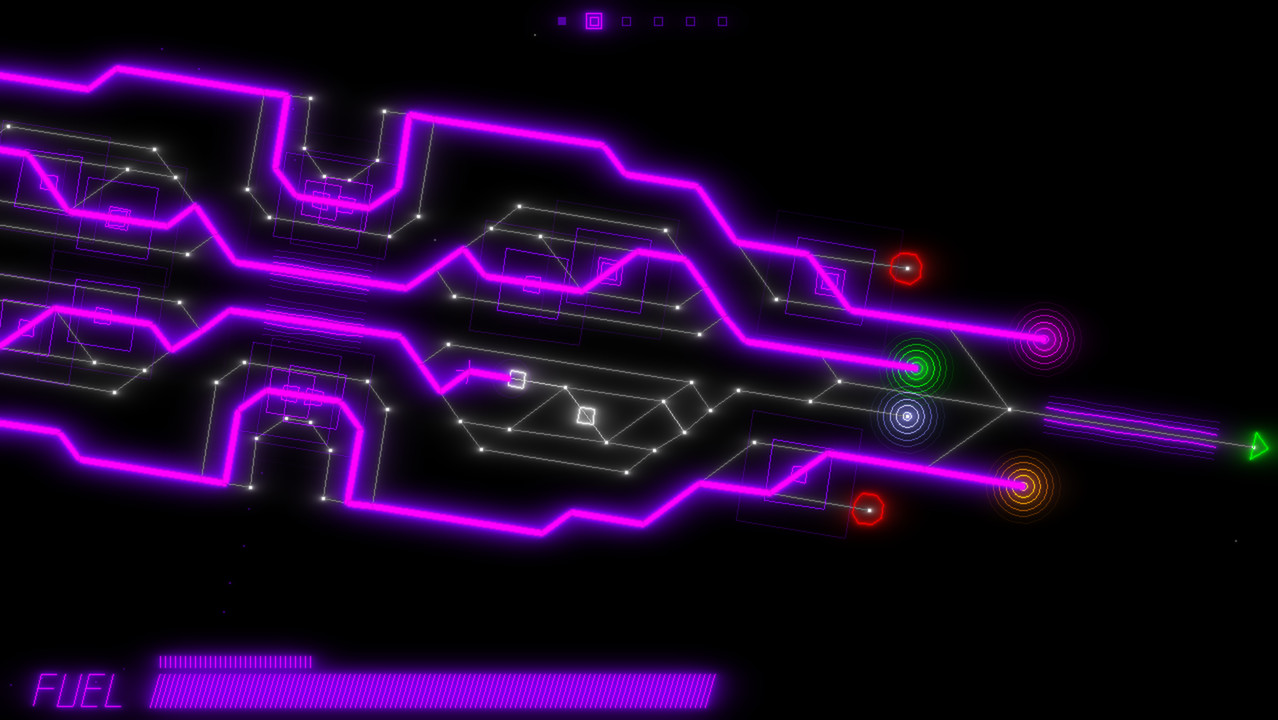 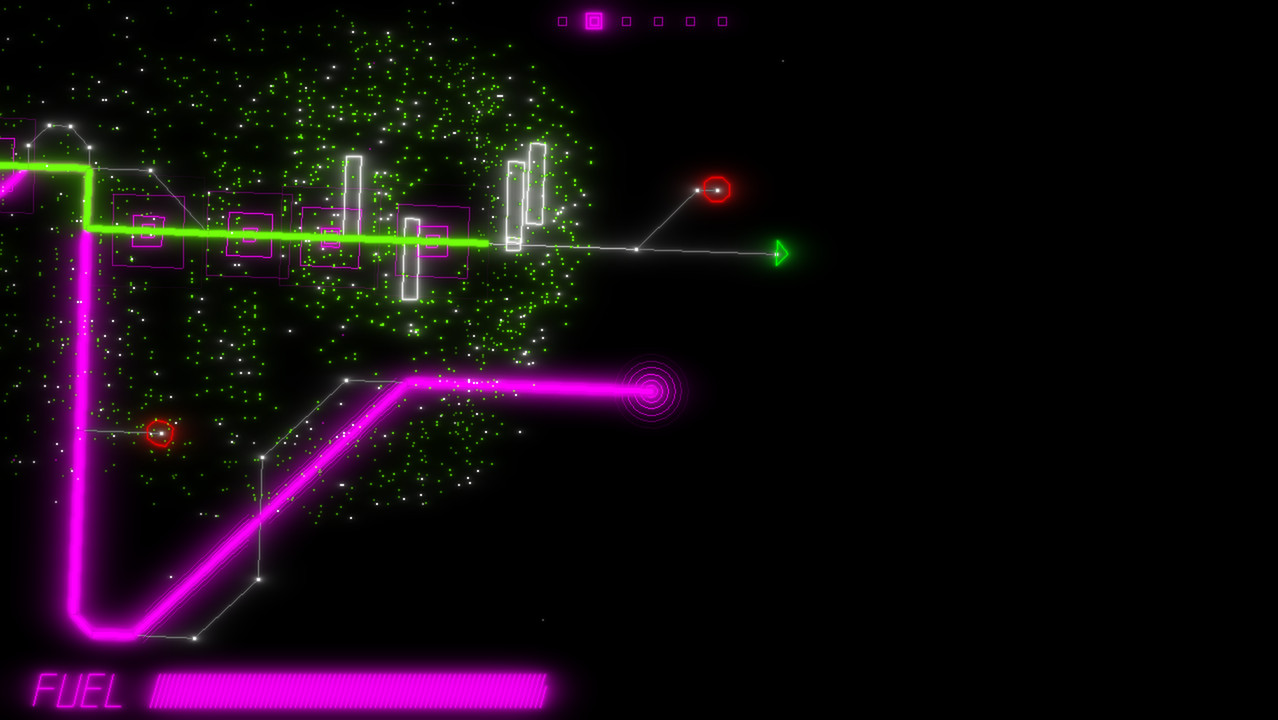 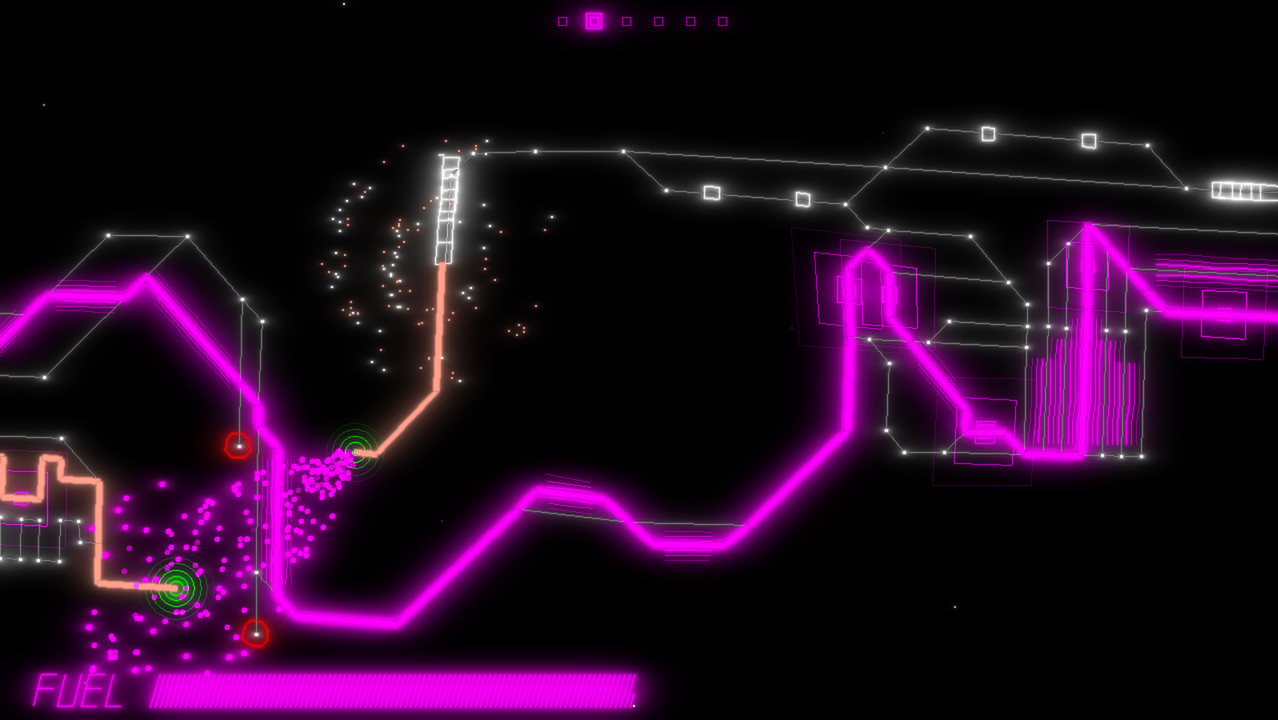 Trace Vector is a high speed action arcade game with puzzle elements. Featuring a modern take on vector style graphics, Trace Vector plays like an easy to learn, hard to master, game of the golden age of the 80′s video arcades. Race your space ship through each geometric level grabbing extra fuel cells along the way. Reach a viable goal to shatter the networks' hold on your ship and increase your speed. Simple controls keep you focused on navigating the increasingly complex webs at ever increasing speeds. Collect fuel cells and warp time to assist in the precision maneuvering needed to ace a level! Warping time quickly exhausts precious fuel. If you deplete your fuel and crash it's game over.

Hyperspace networks have hazards at every turn. Dead end paths, barriers, and worm holes that can send you back in time and space increase the danger; forcing you to think ahead and be prepared to deal with your previous route through the network. Hyperspace is a strange place. Go forth brave pilot. Keep your wits in order, escape the neon labyrinths, and scavenge enough fuel to return home safely.

Adventure Mode: A unique driving and evolving soundtrack designed for Trace Vector matches your progress through each of the twelve zones. Help Jason and his ship Aurora return to home planet by exploiting an ancient and hazardous hyper network! Your wits, reflexes, and rockin' tunes are your tools for survival in this high energy neon journey!

Endless Mode: Go for distance! A continuously generated high speed level spans before you as gain speed and avoid crashing! Pass the previously set high score markers and take over the high score board! No quarters are required to retry.