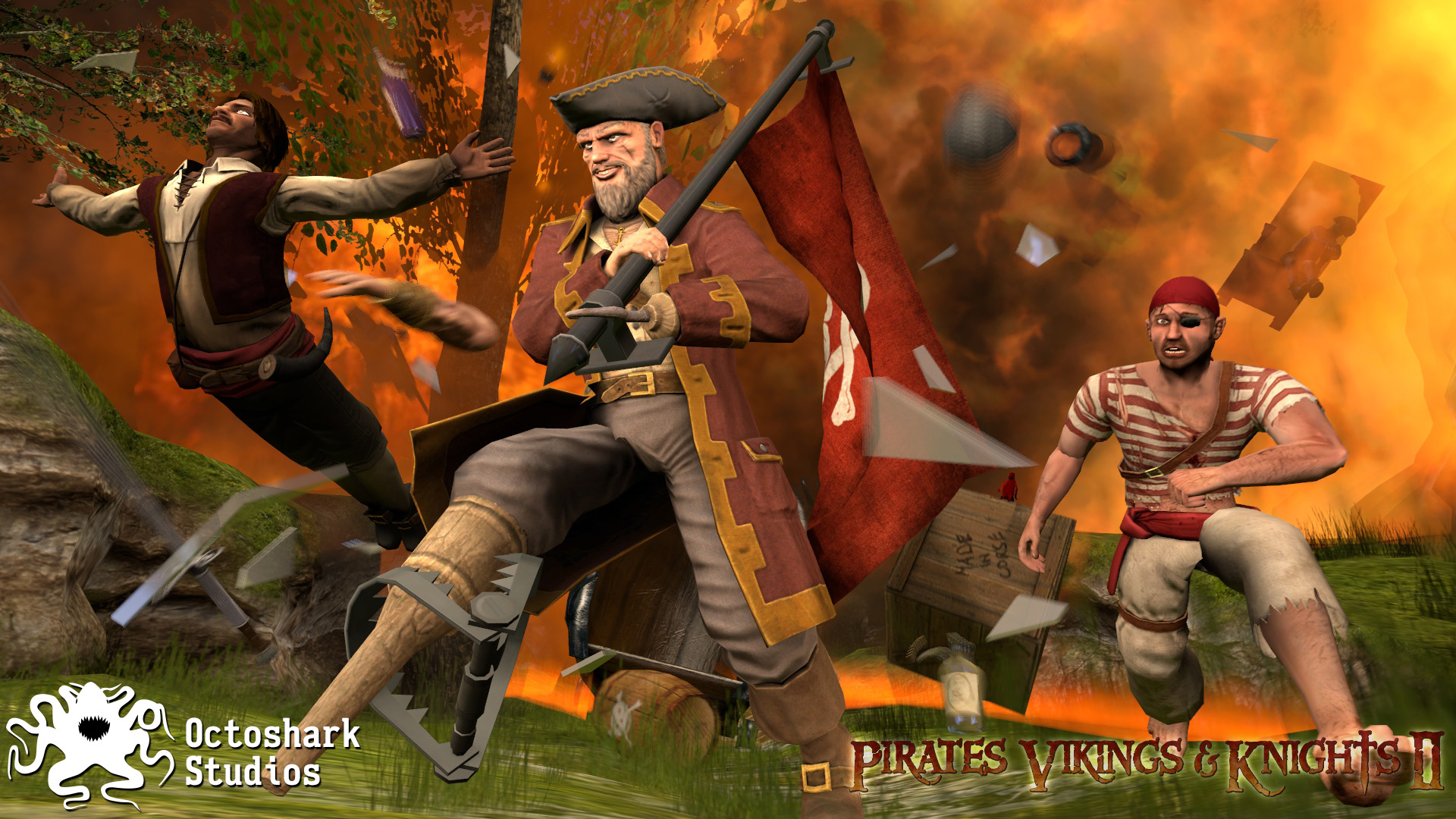 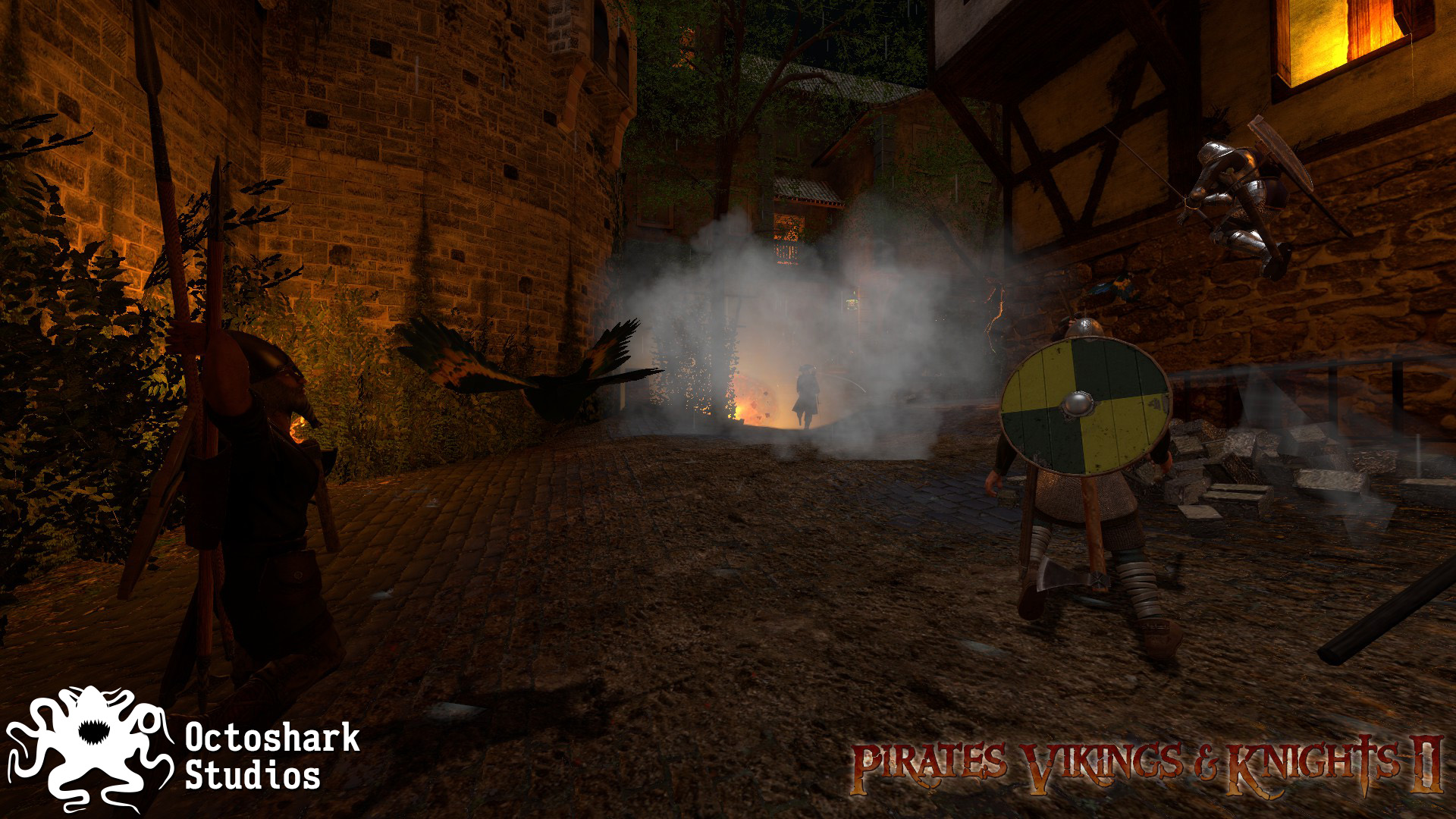 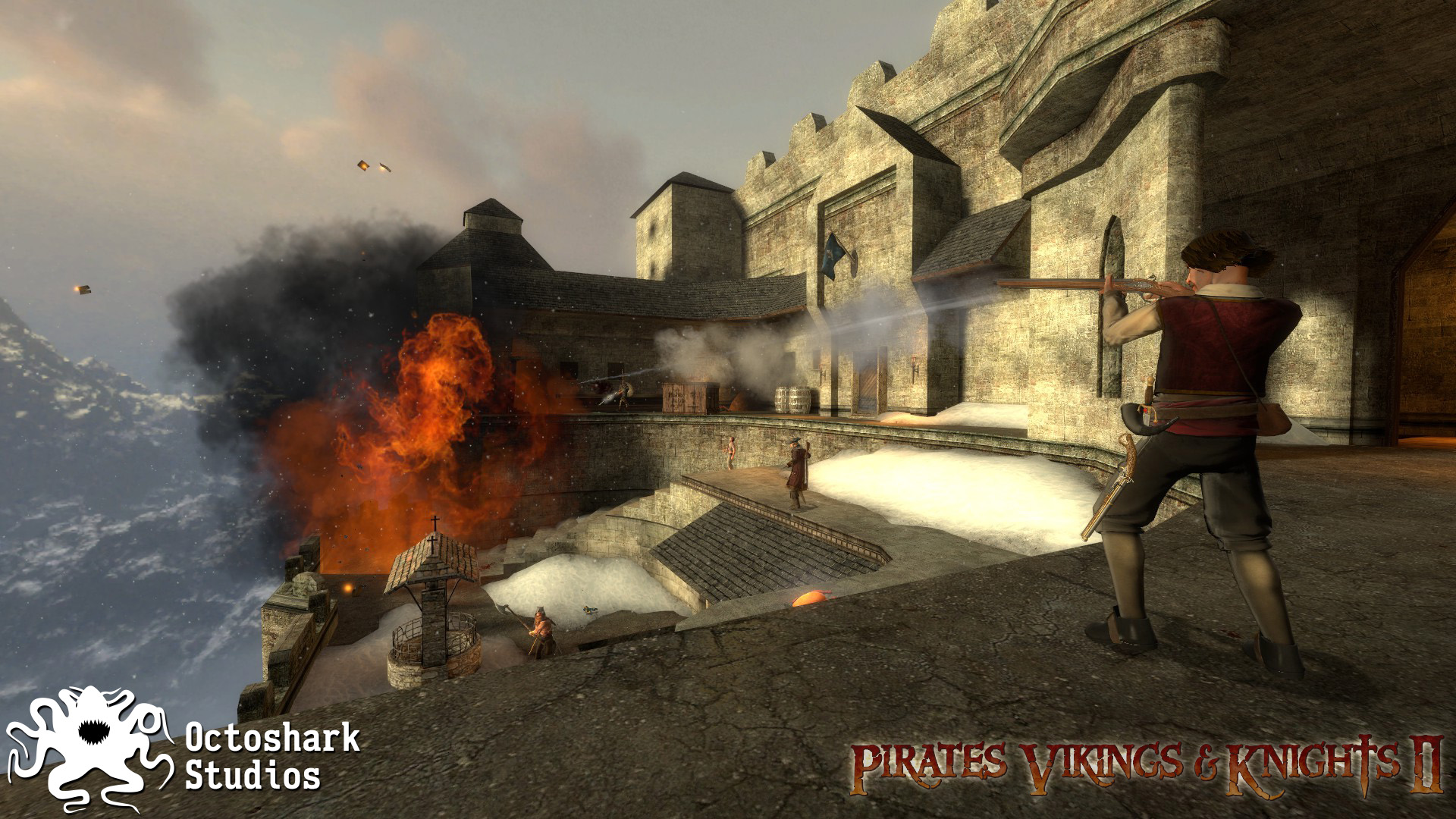 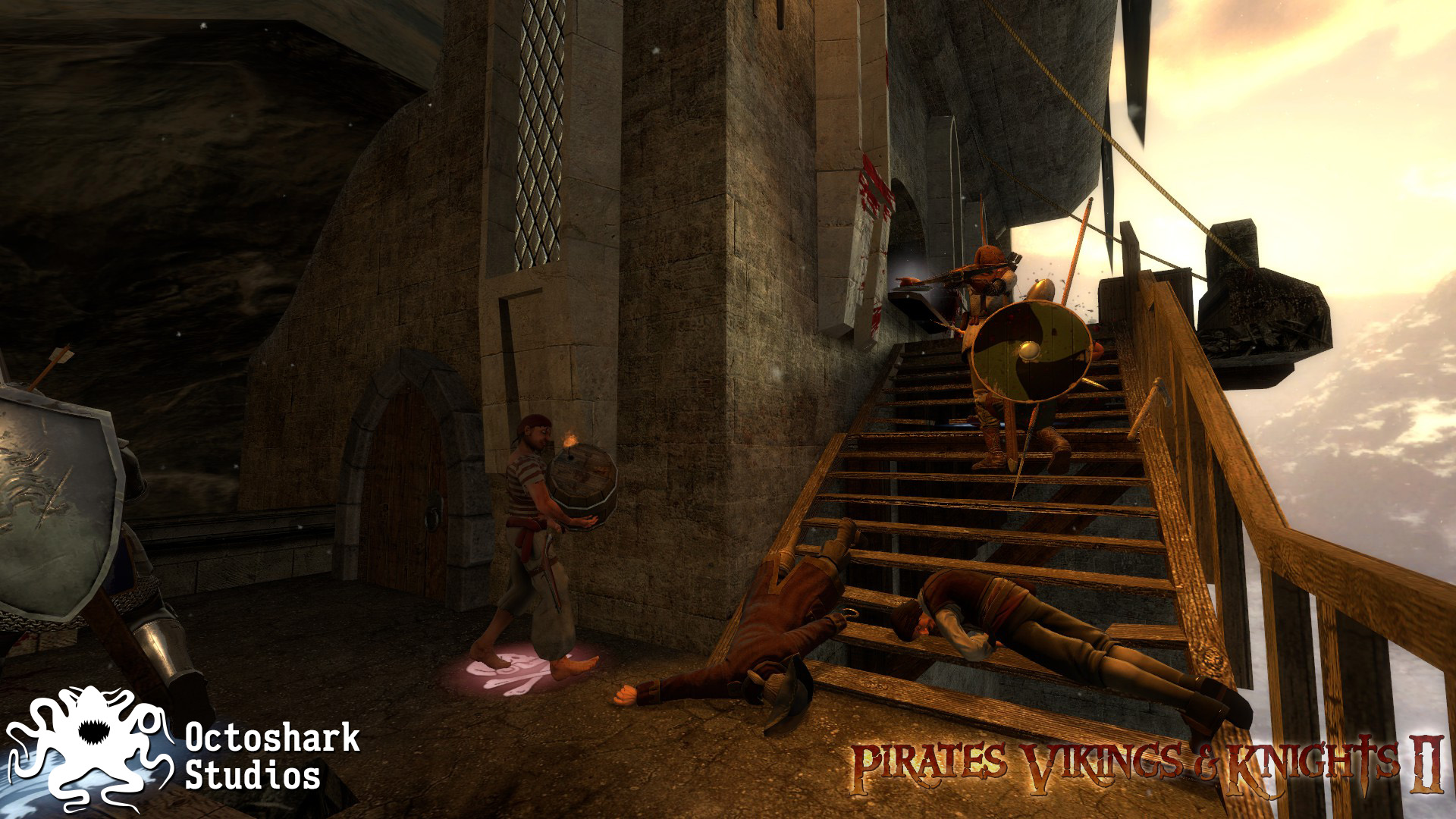 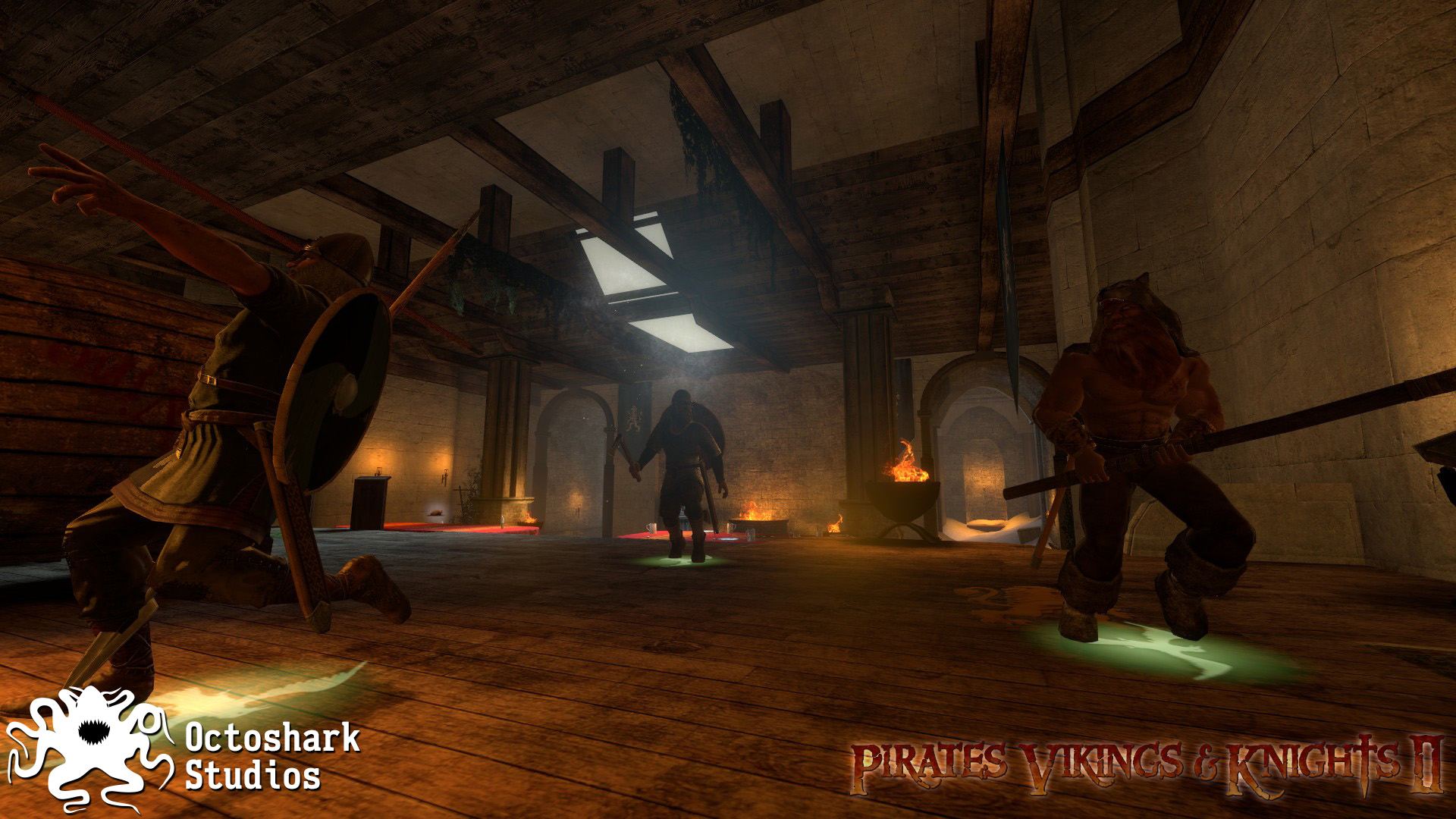 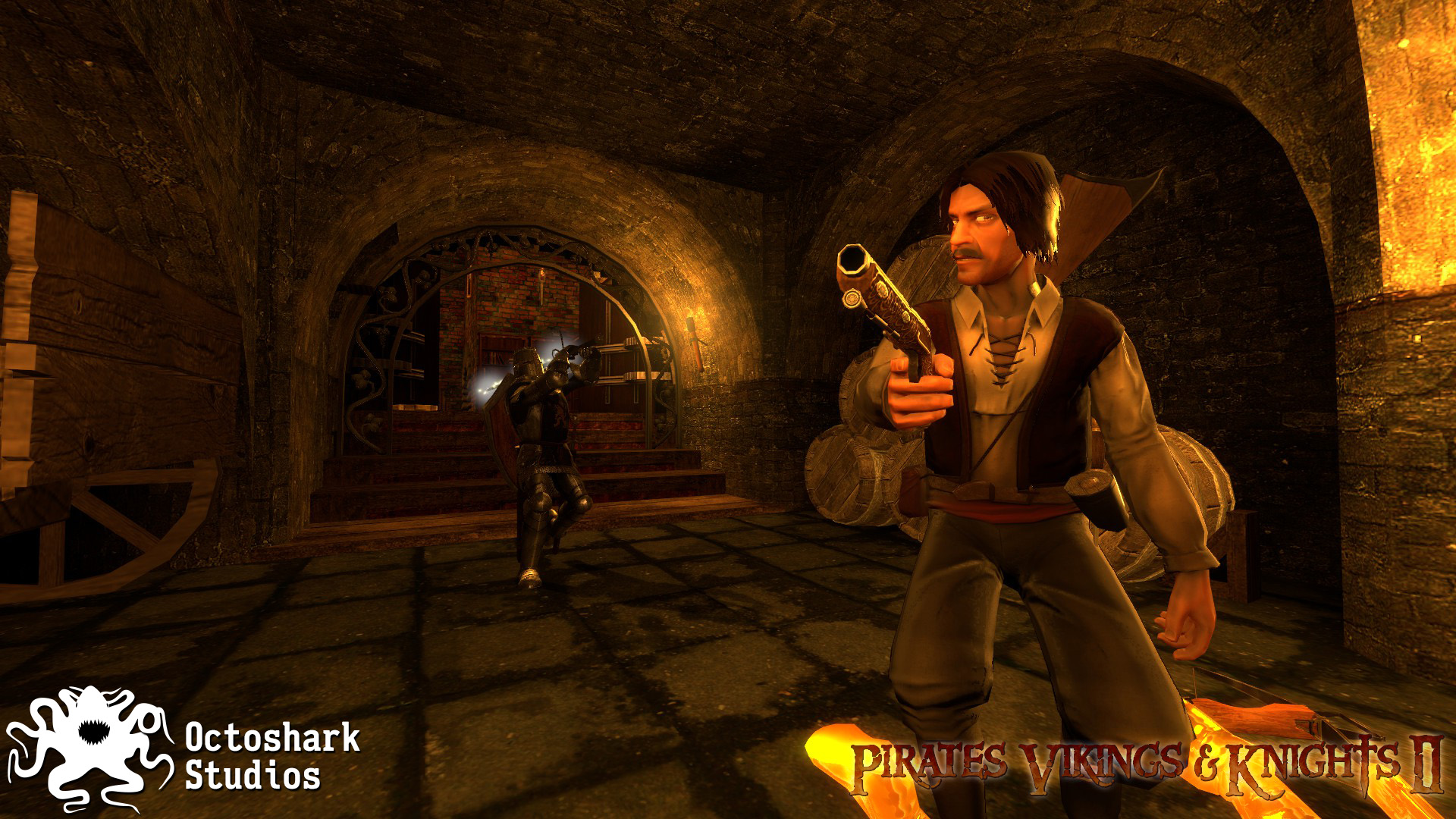 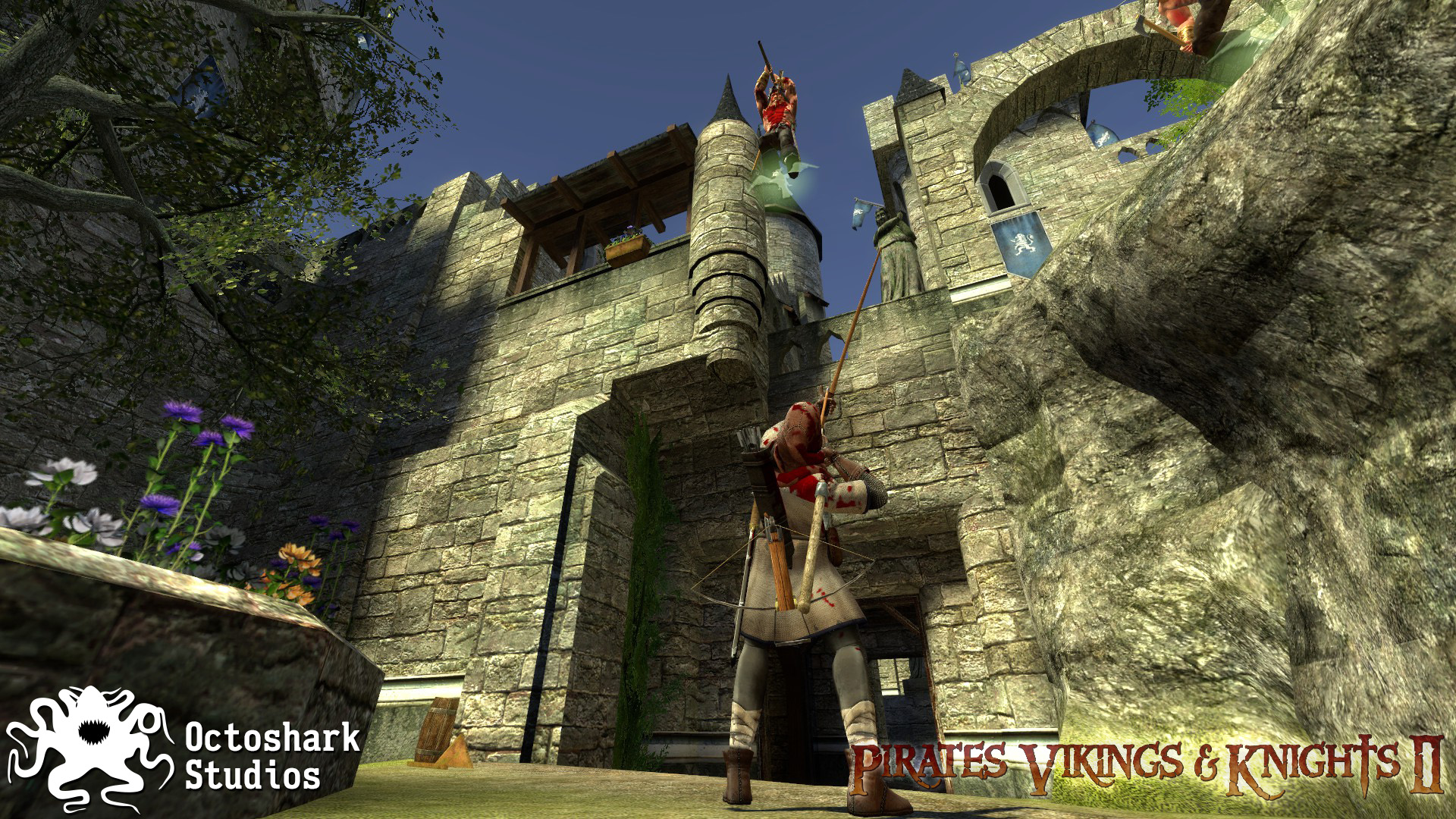 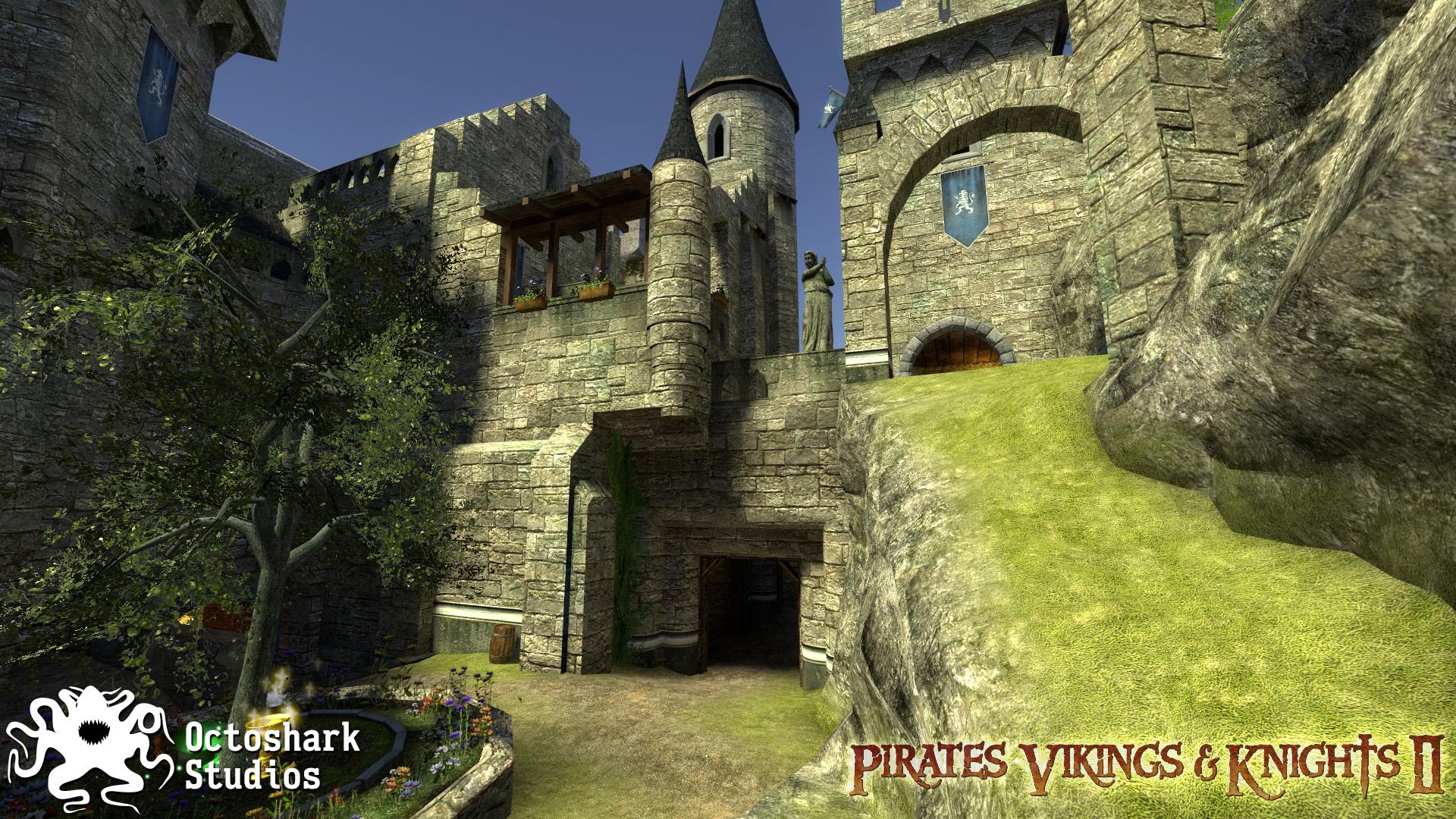 Pirates, Vikings, and Knights II boasts a unique three-team symmetry and a myriad of colorful characters to promote exciting, strategic, and fun gameplay. It features several game modes, each requiring its own special brand of cunning to master. Do battle on a tropical island for control of bountiful treasure. Appease your gods by spilling the blood of your enemies deep within a Mayan temple. Conquer your foes by taking control of precious badlands territory. But most importantly, have FUN!

BootyBooty is a unique version of Capture the Flag. Players fight each other for treasure chests filled with gold and jewels. Bring chests back to your base and hold onto them to win the game.

TerritoryTerritory is a king of the hill style game mode, where teams fight for territories throughout the map. Hold onto the territories for as long as you can to win the game.

Objective PushThis game mode can range from a simple break-in and destroy your opponents' bases, to a more advanced sequence of map-specific objectives. The only limit is the mapper's imagination!

Team DeathmatchTeam Deathmatch is a fight for dominance. Teams square off against one another to see who can rack up the most kills. Like the other game modes, you should stick together to achieve victory!