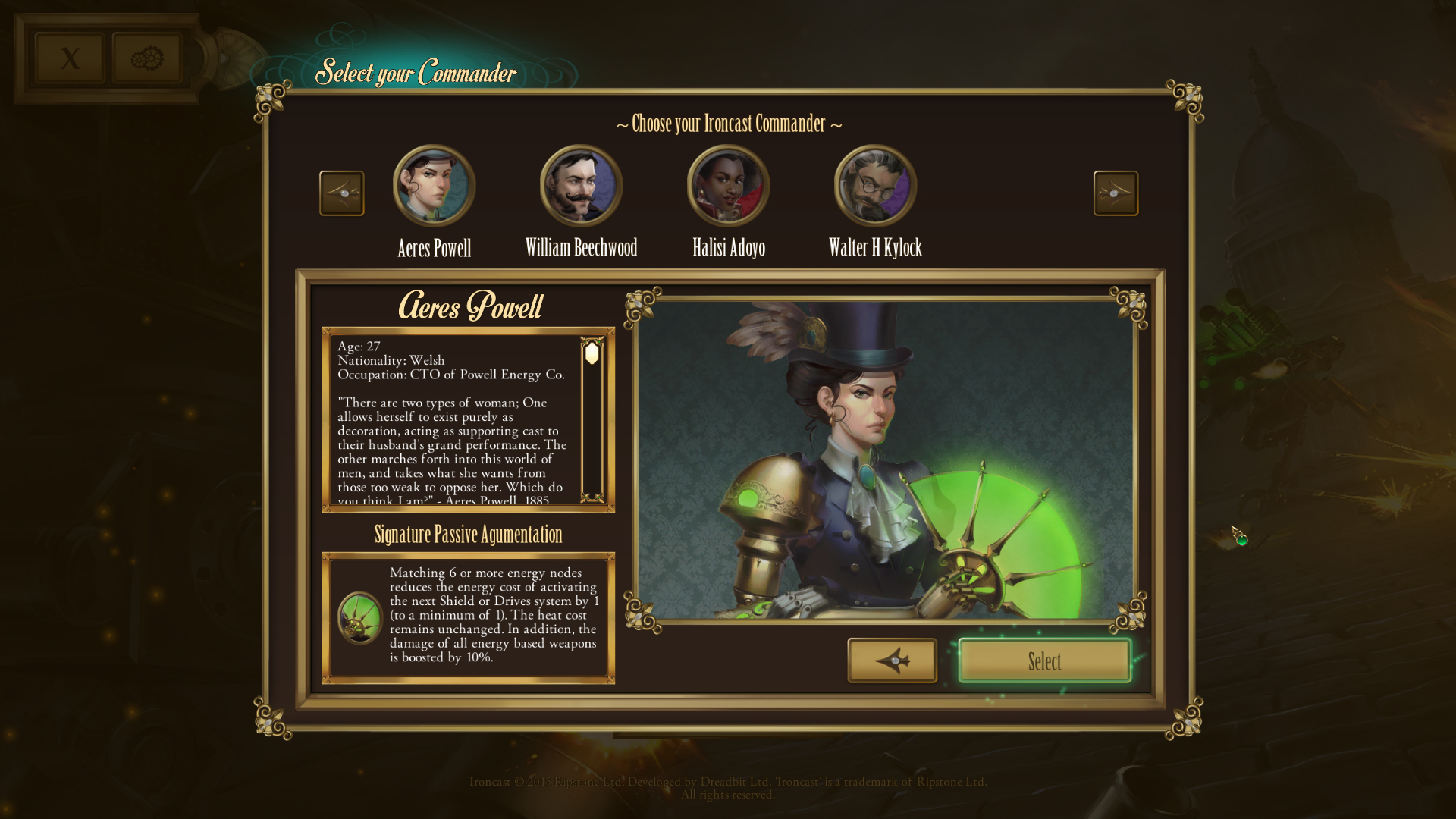 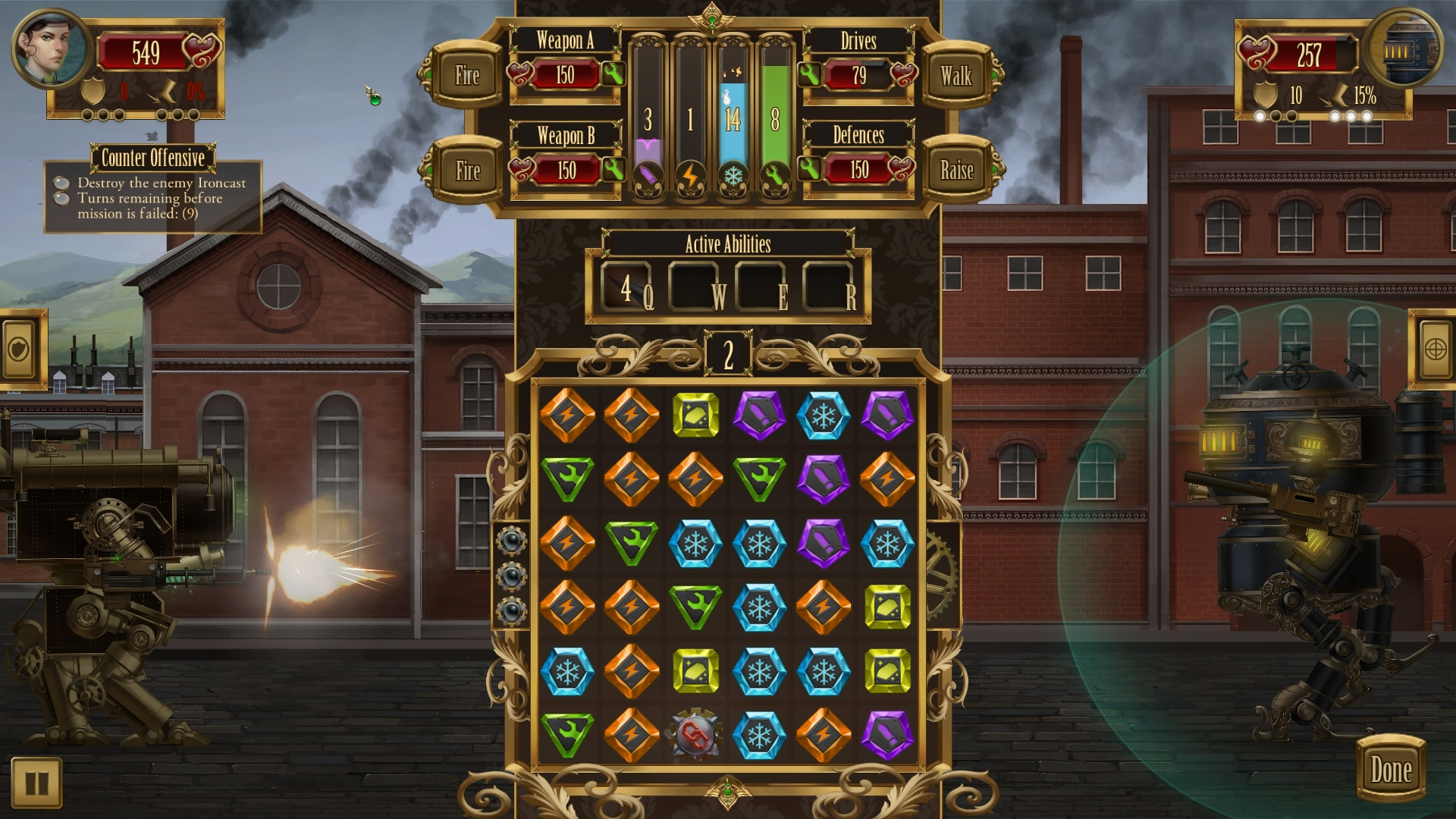 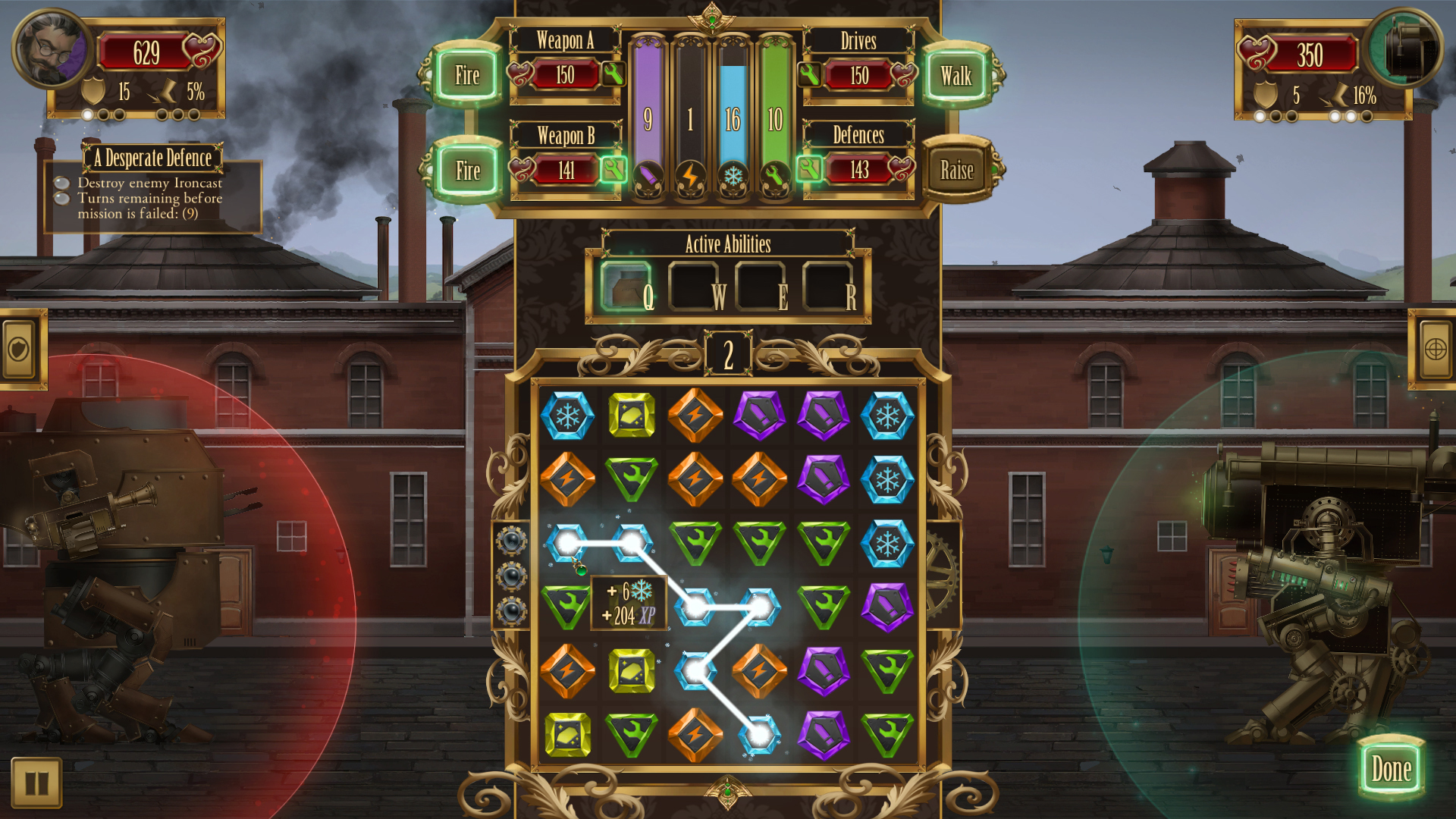 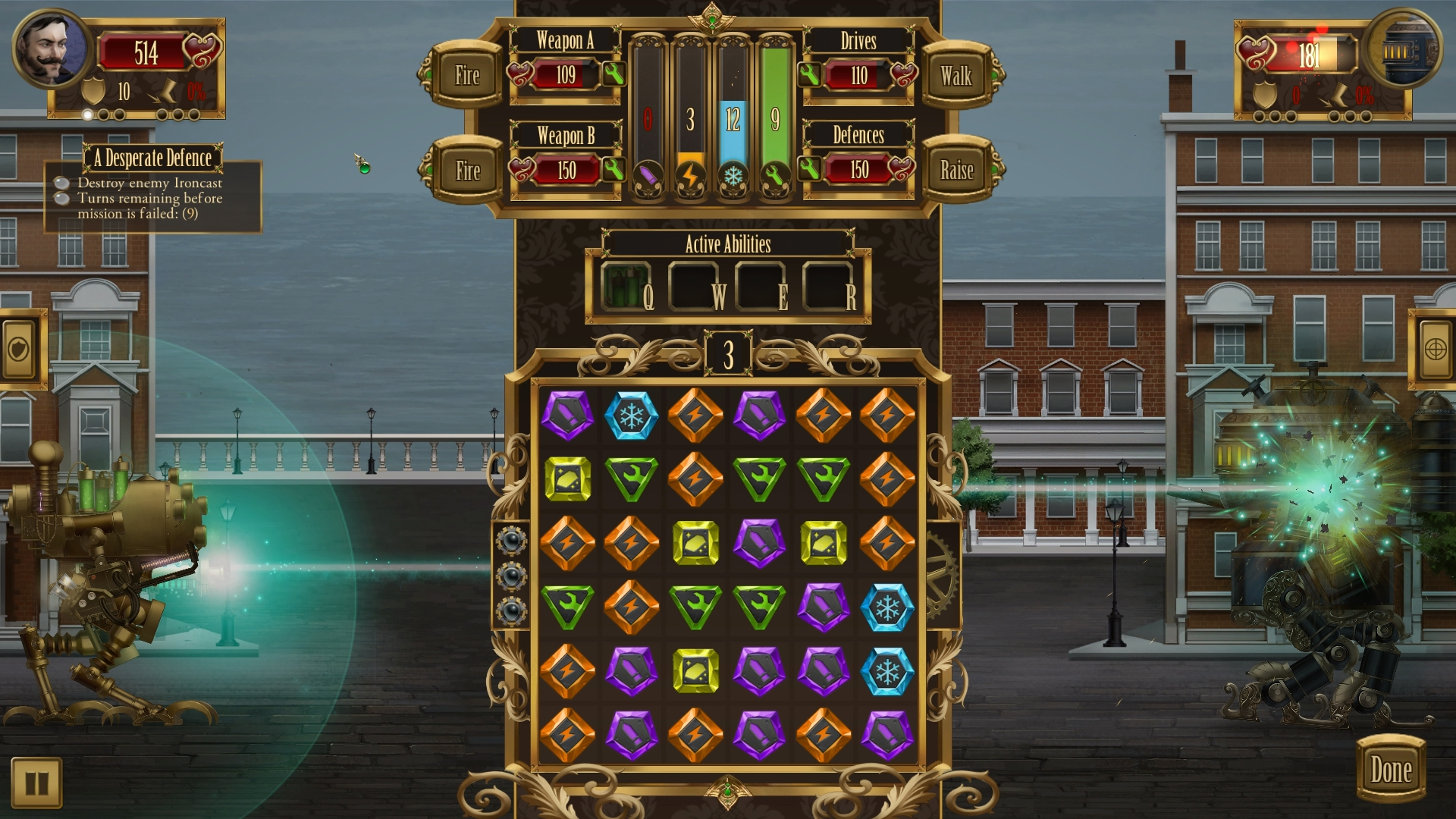 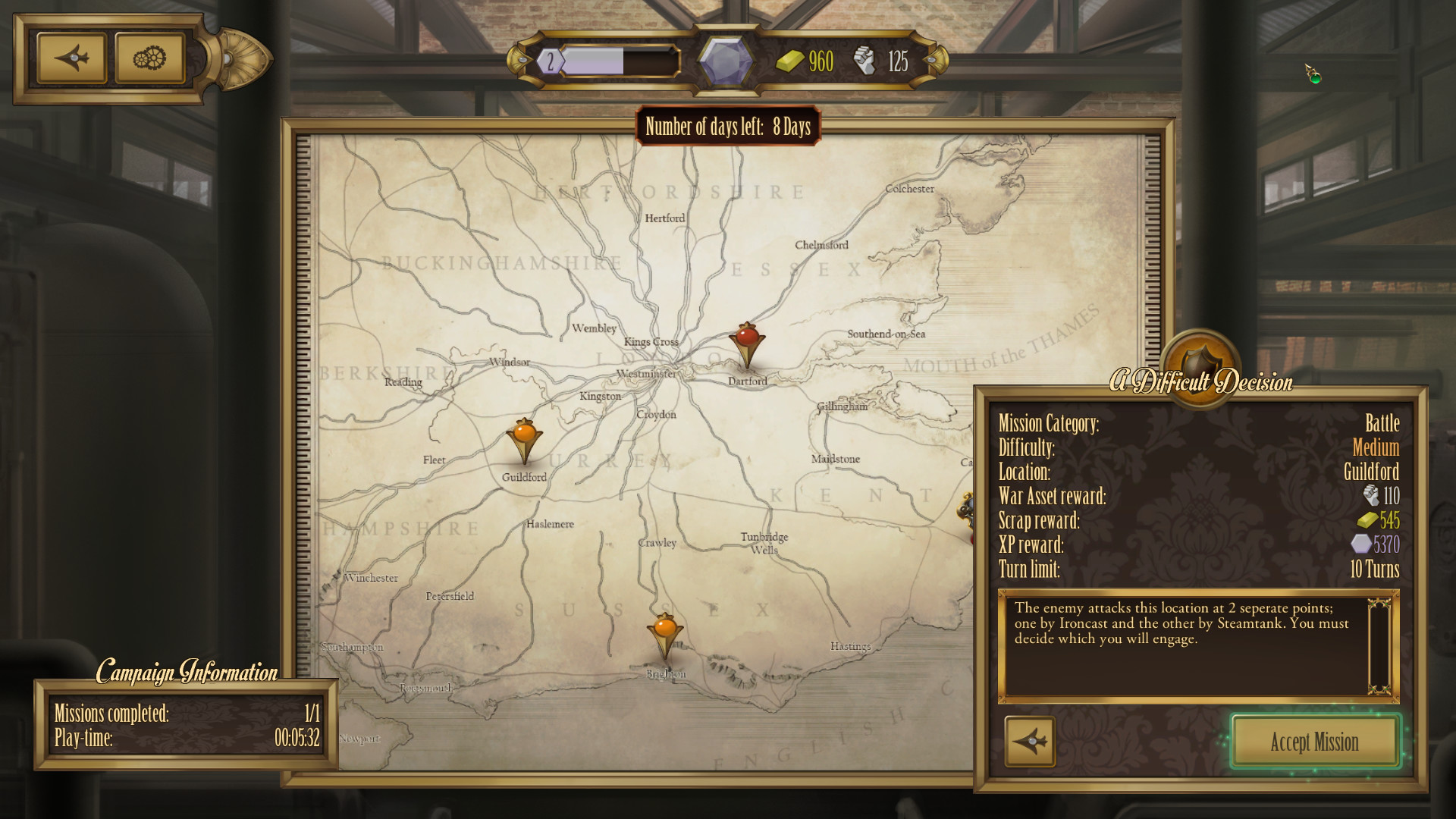 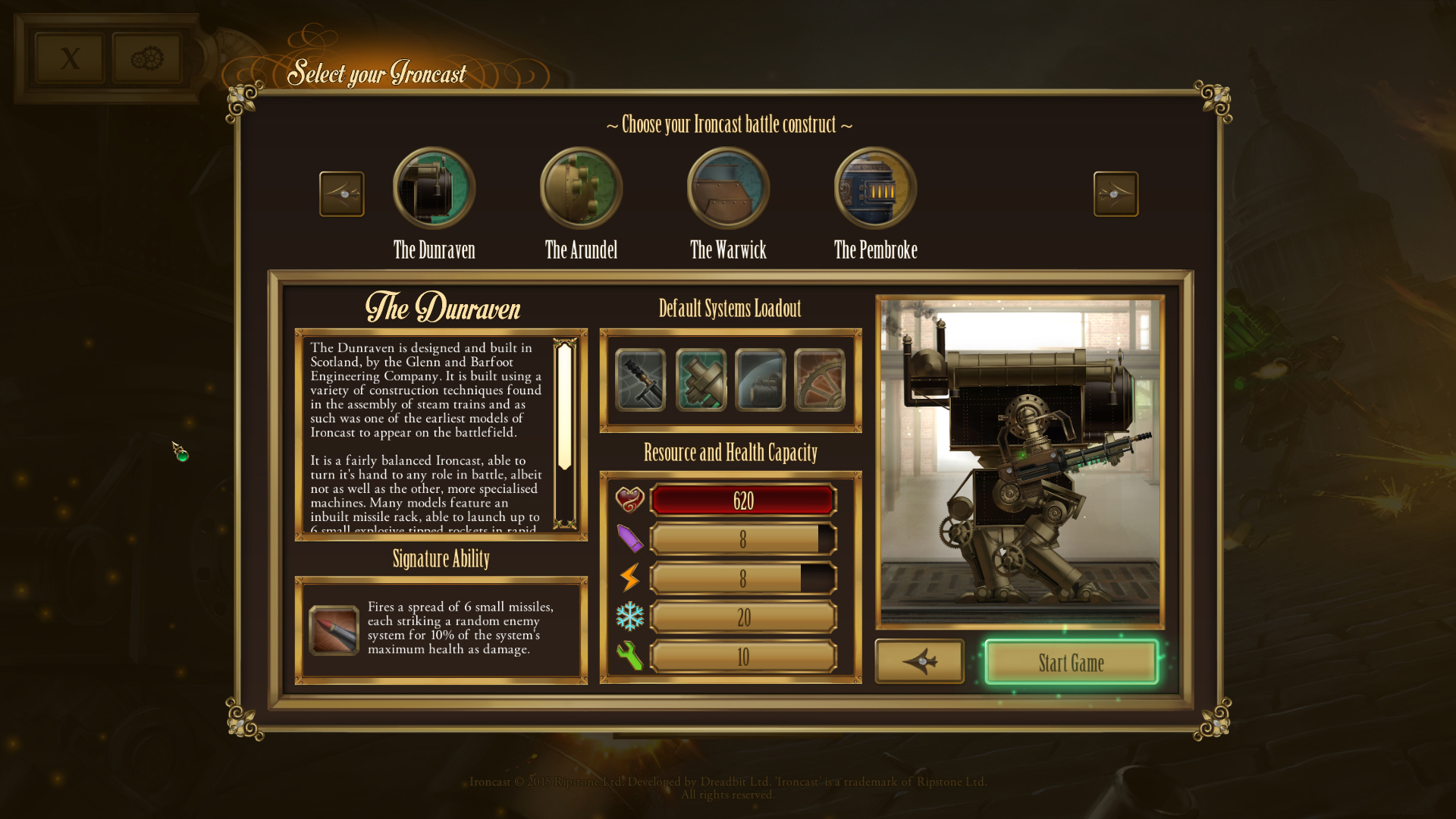 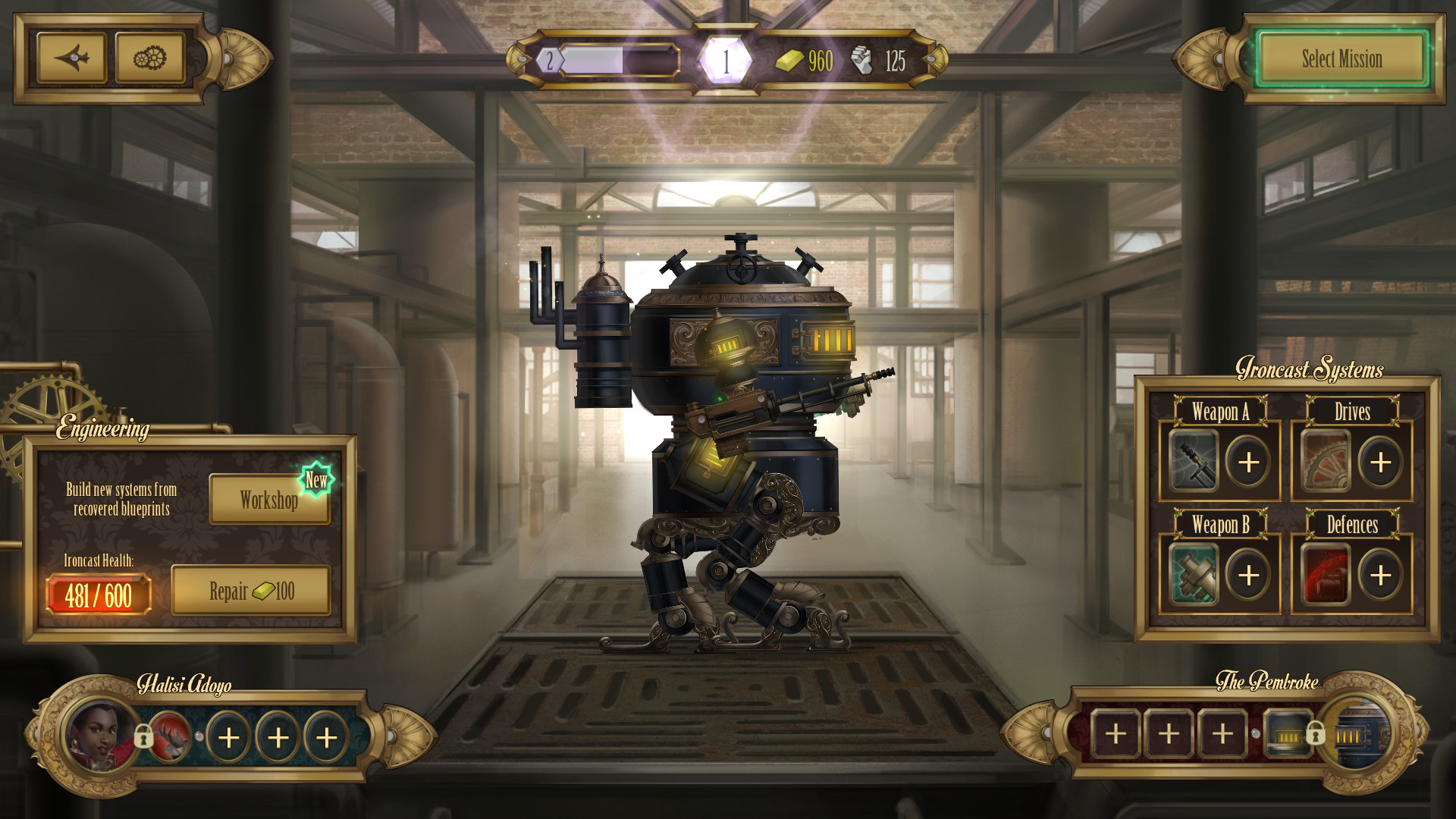 Inspired by Victorian era science fiction writers such as H.G. Wells and Jules Verne, Ironcast is set in an exciting alternative history; a time when refined men and women in top hats and bonnets commanded gigantic walking war machines, laying waste to the enemies of the British Empire! Take control of a 7 meter tall walking vehicle called an Ironcast and face off against an invading force of enemy Ironcast in order to defend 1880's Victorian England.

Battles are fought by generating resource nodes which in turn drive the Ironcast's various weapons and systems. You must choose how to spend these nodes wisely, either offensively in order to cripple and destroy your opponents, or defensively, if they suspect a barrage of incoming weapons fire is due.