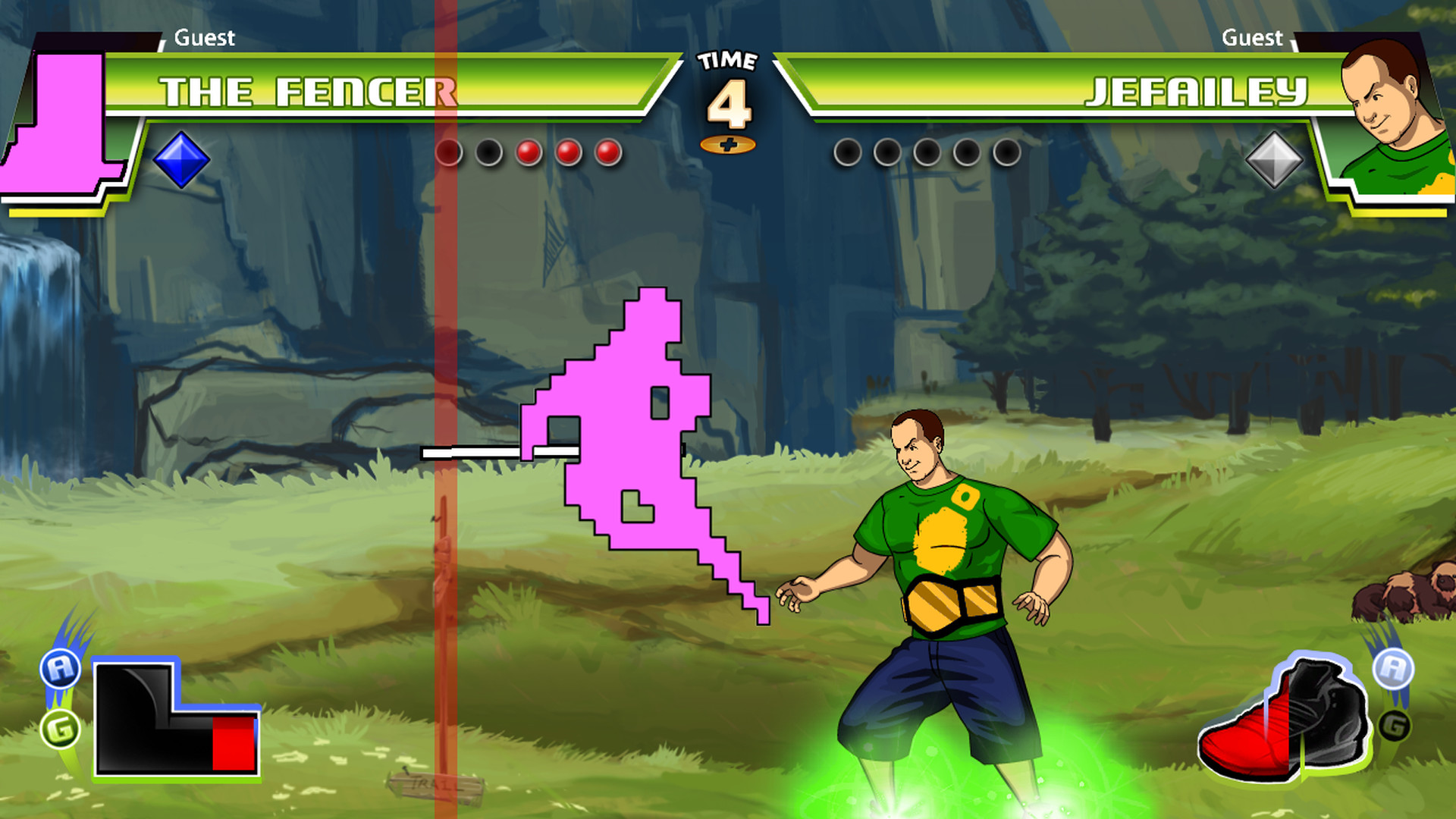 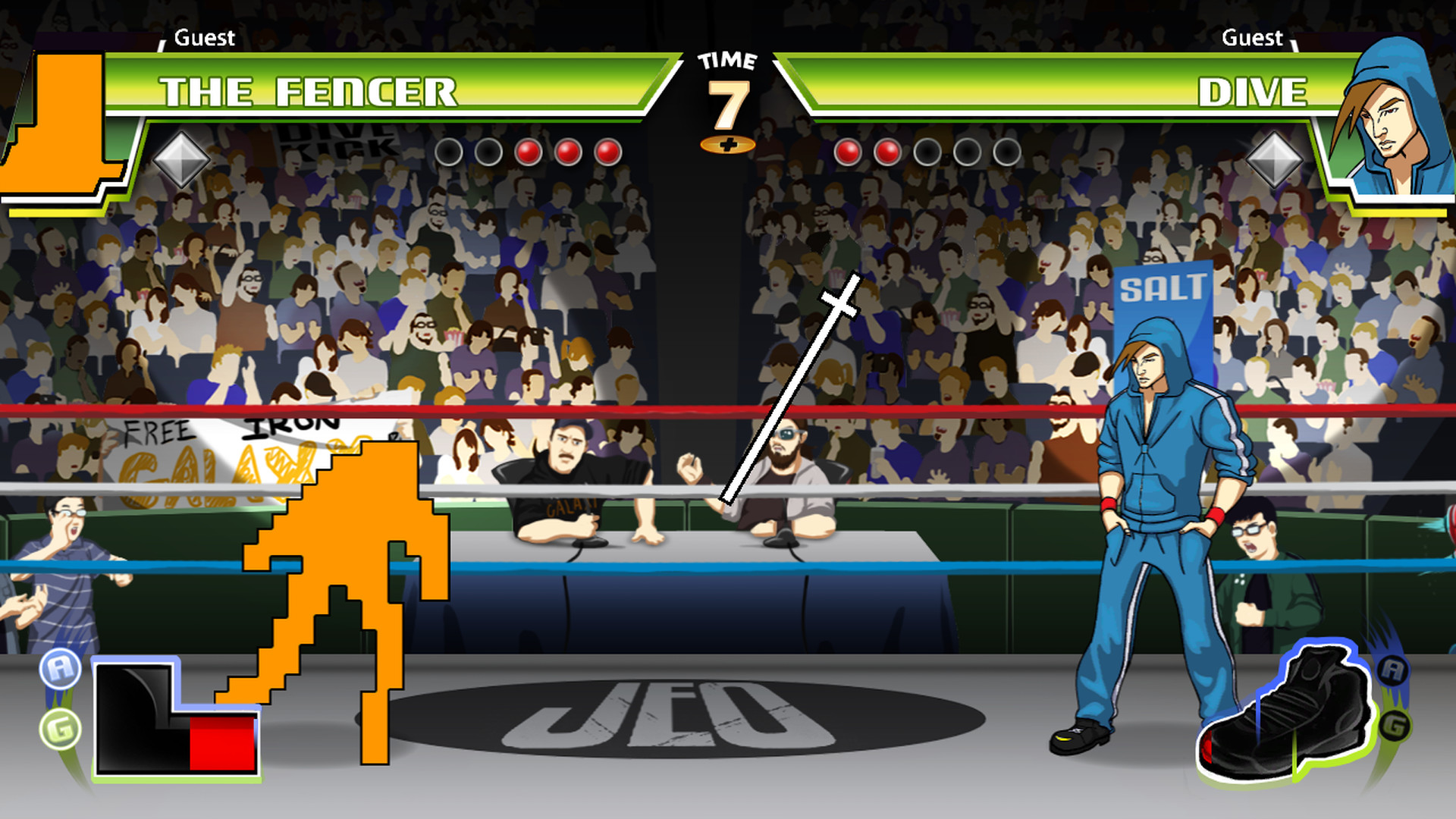 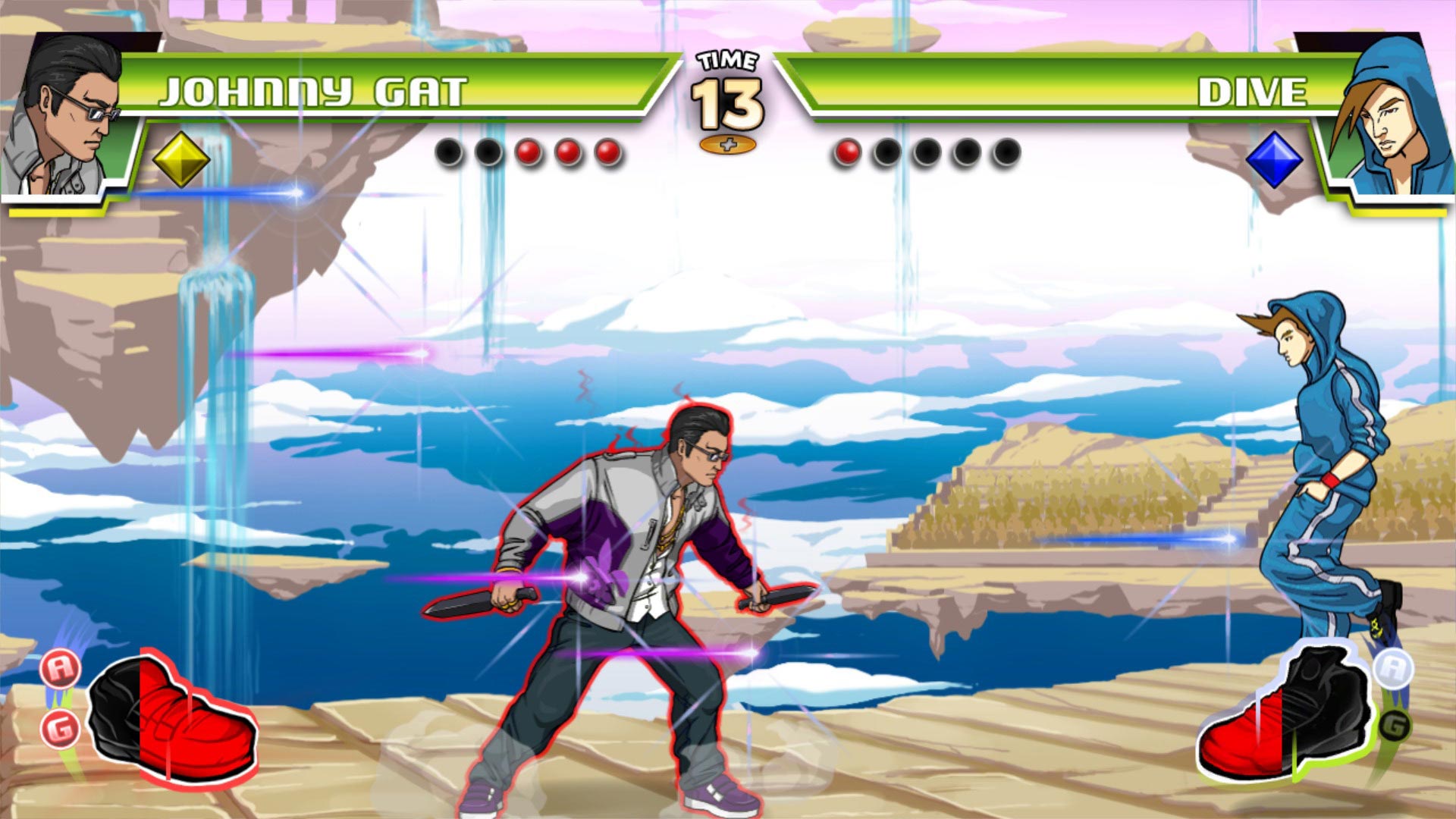 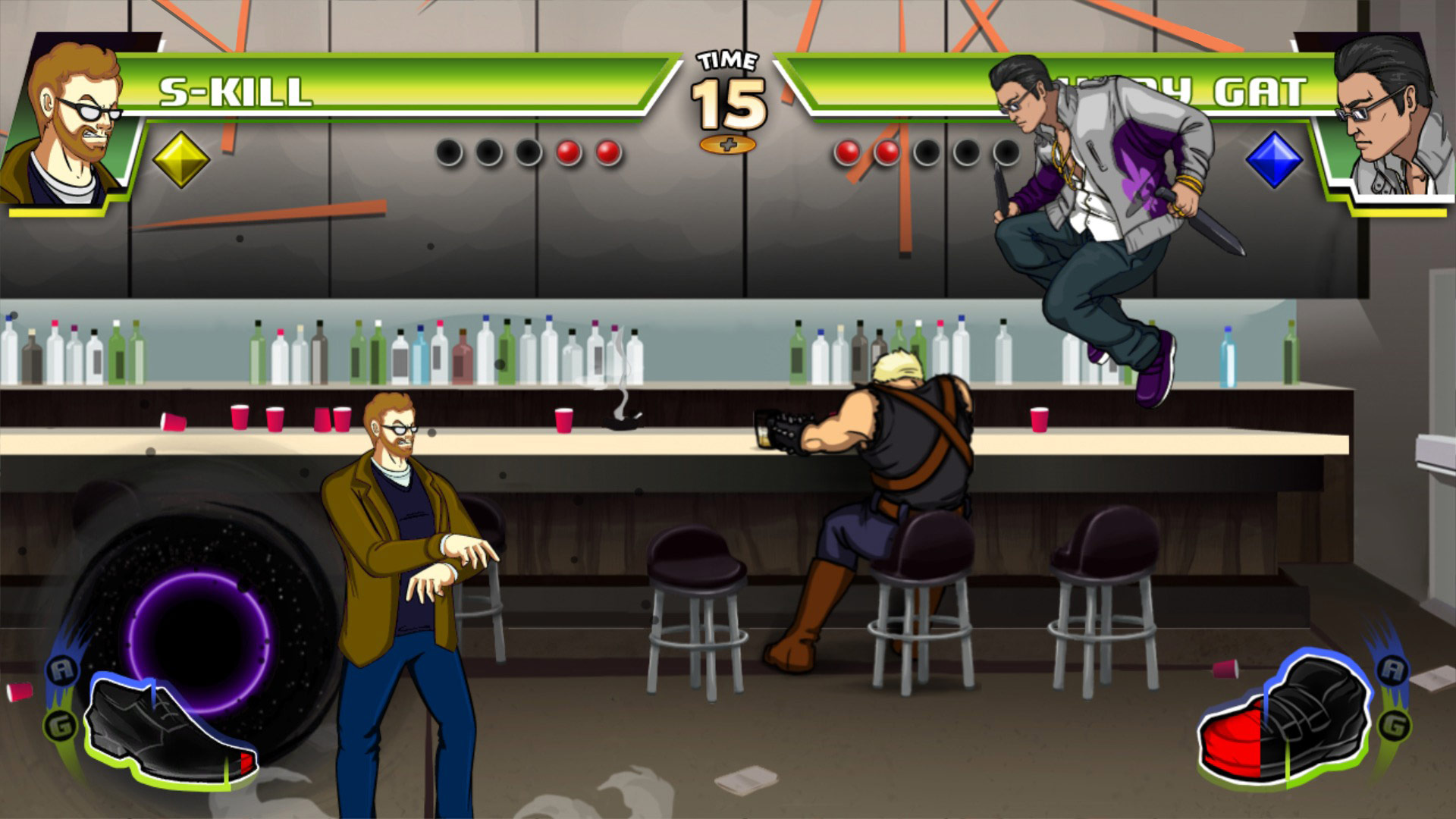 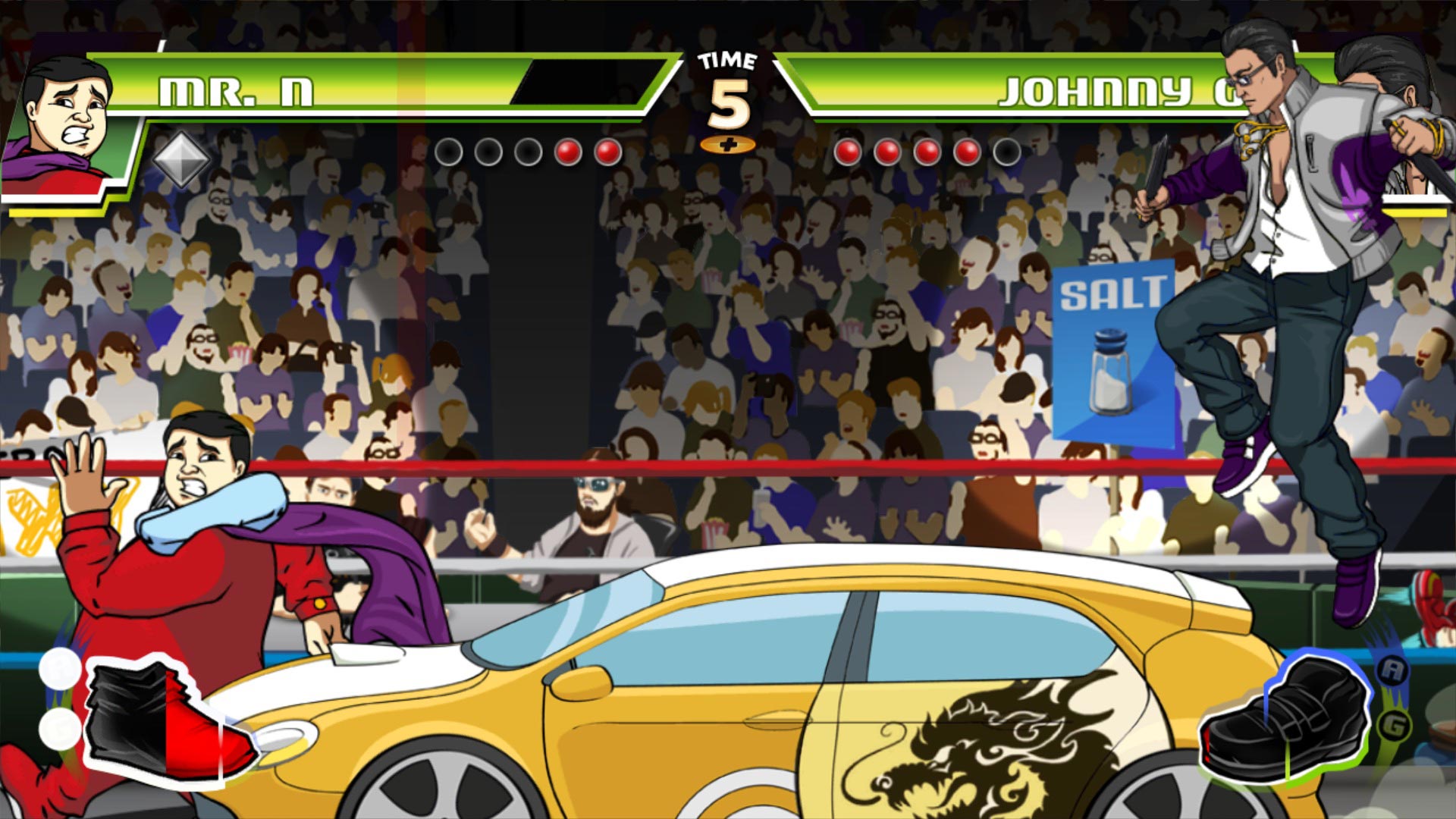 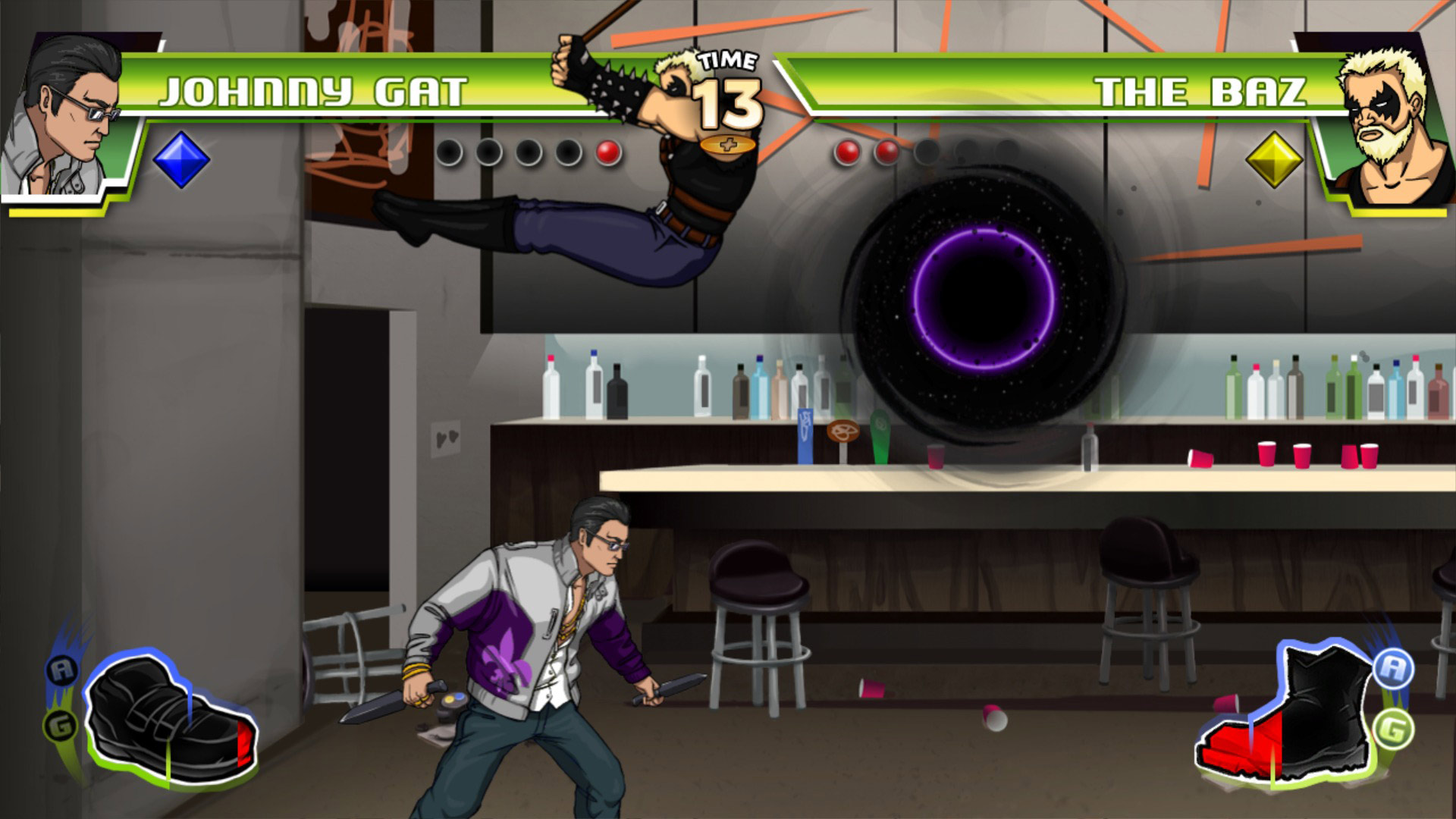 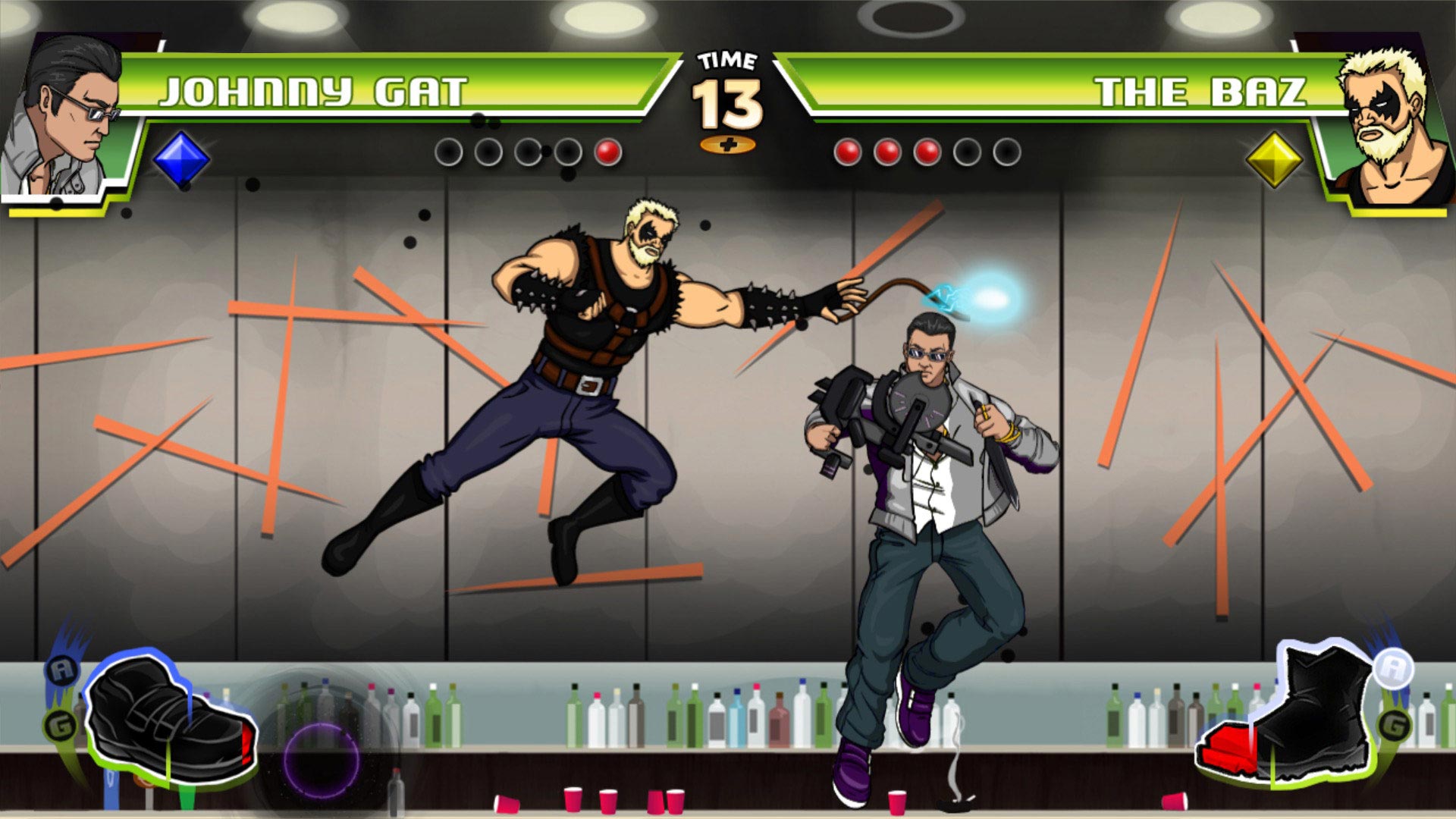 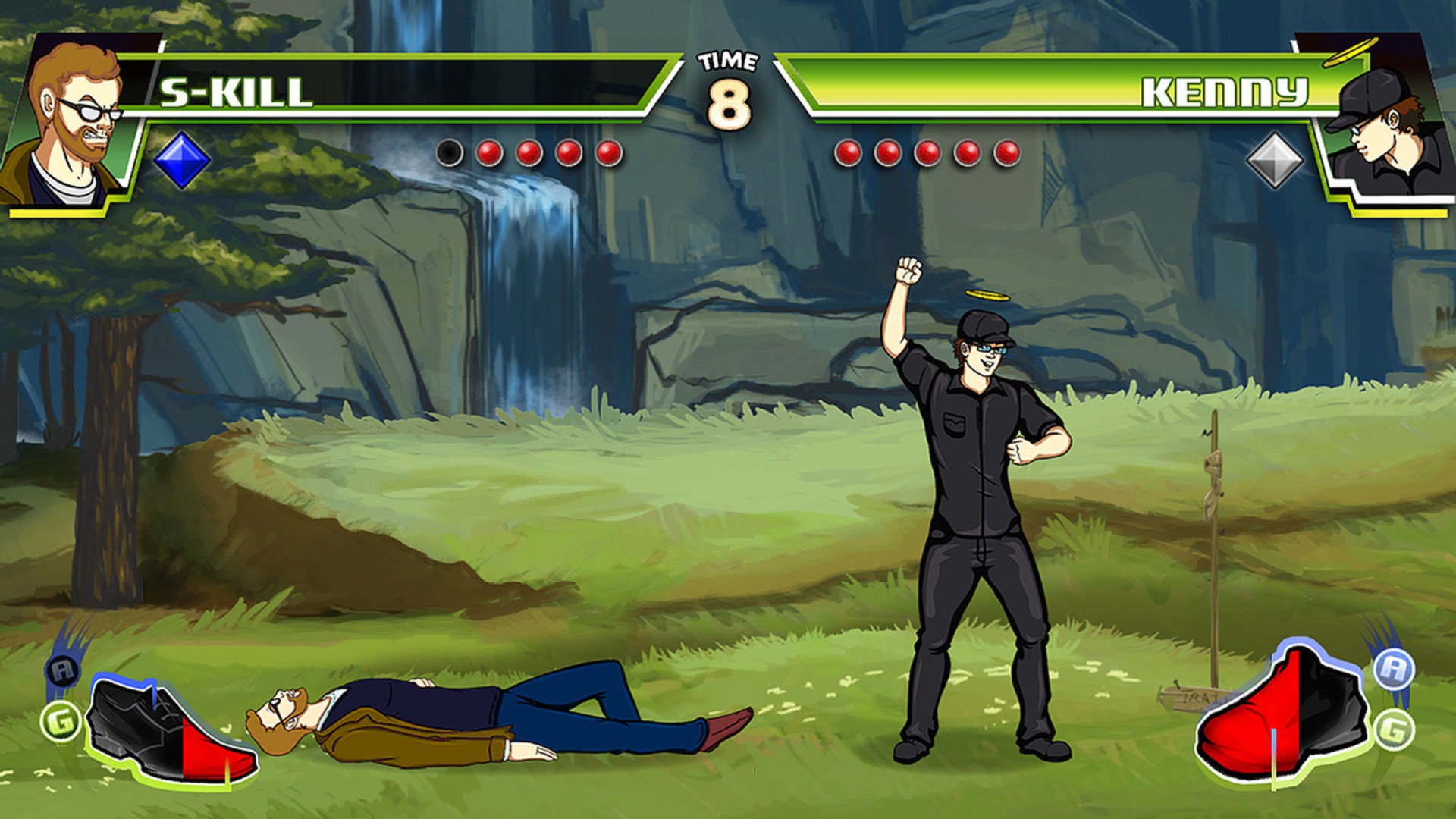 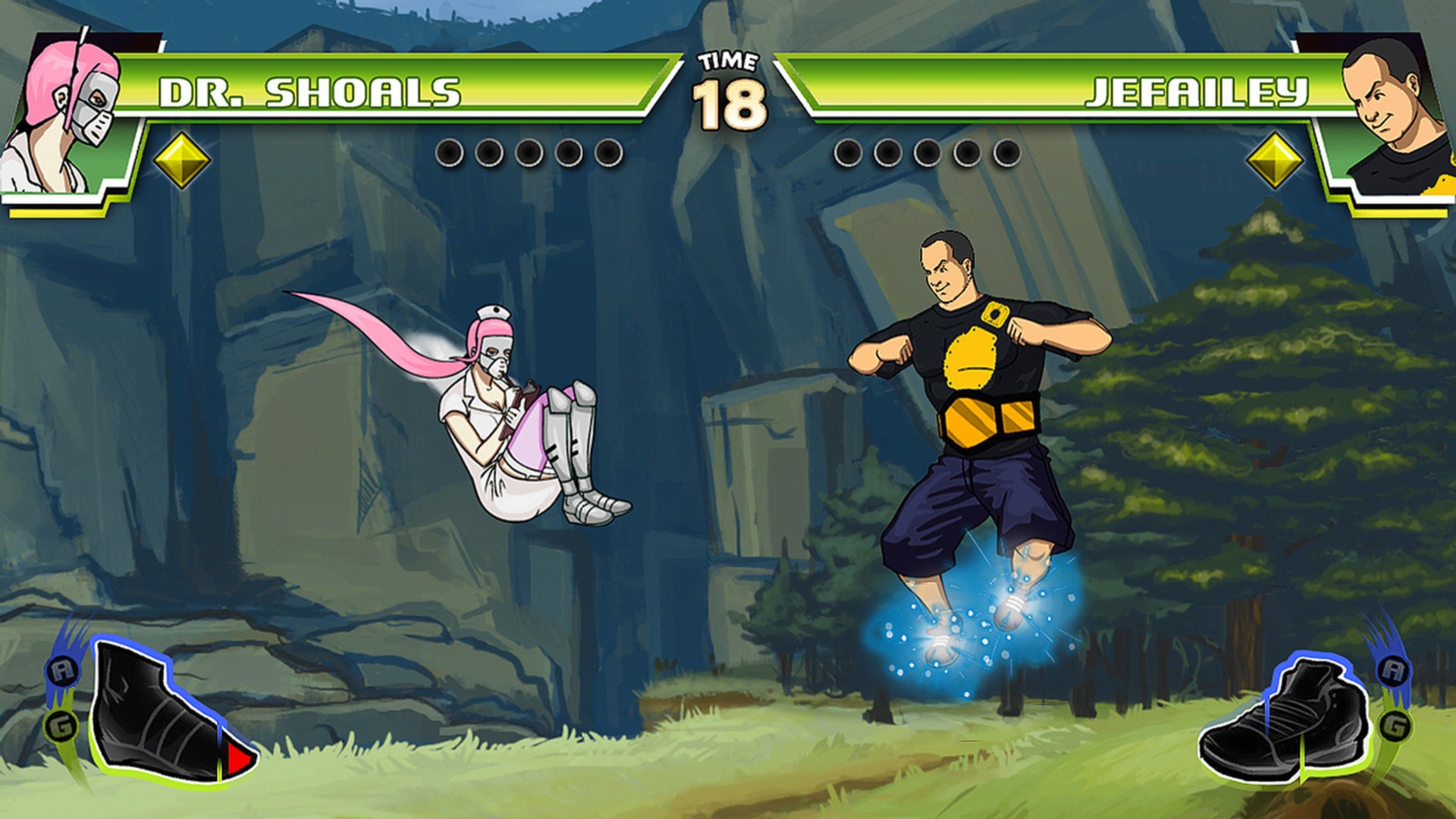 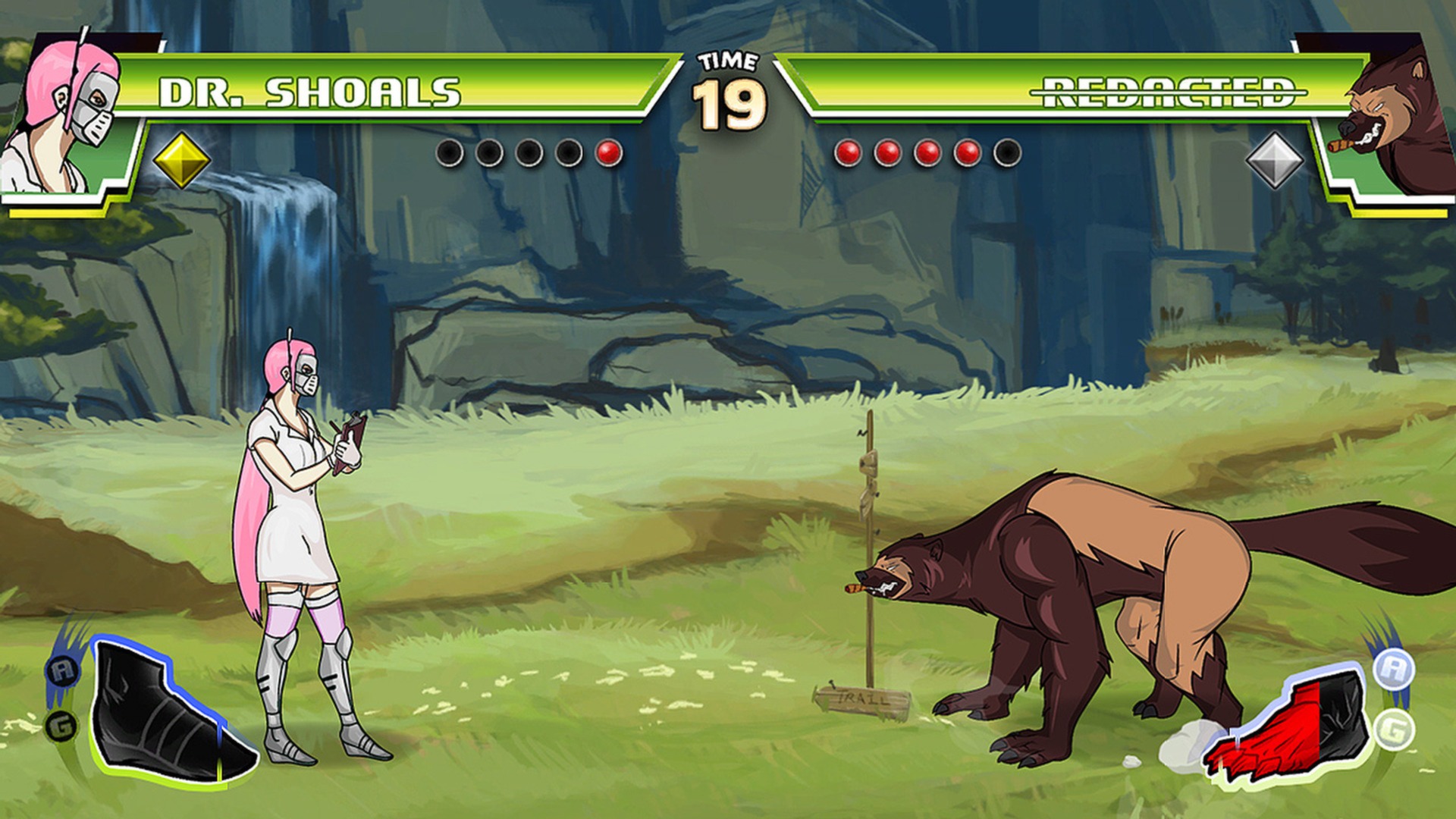 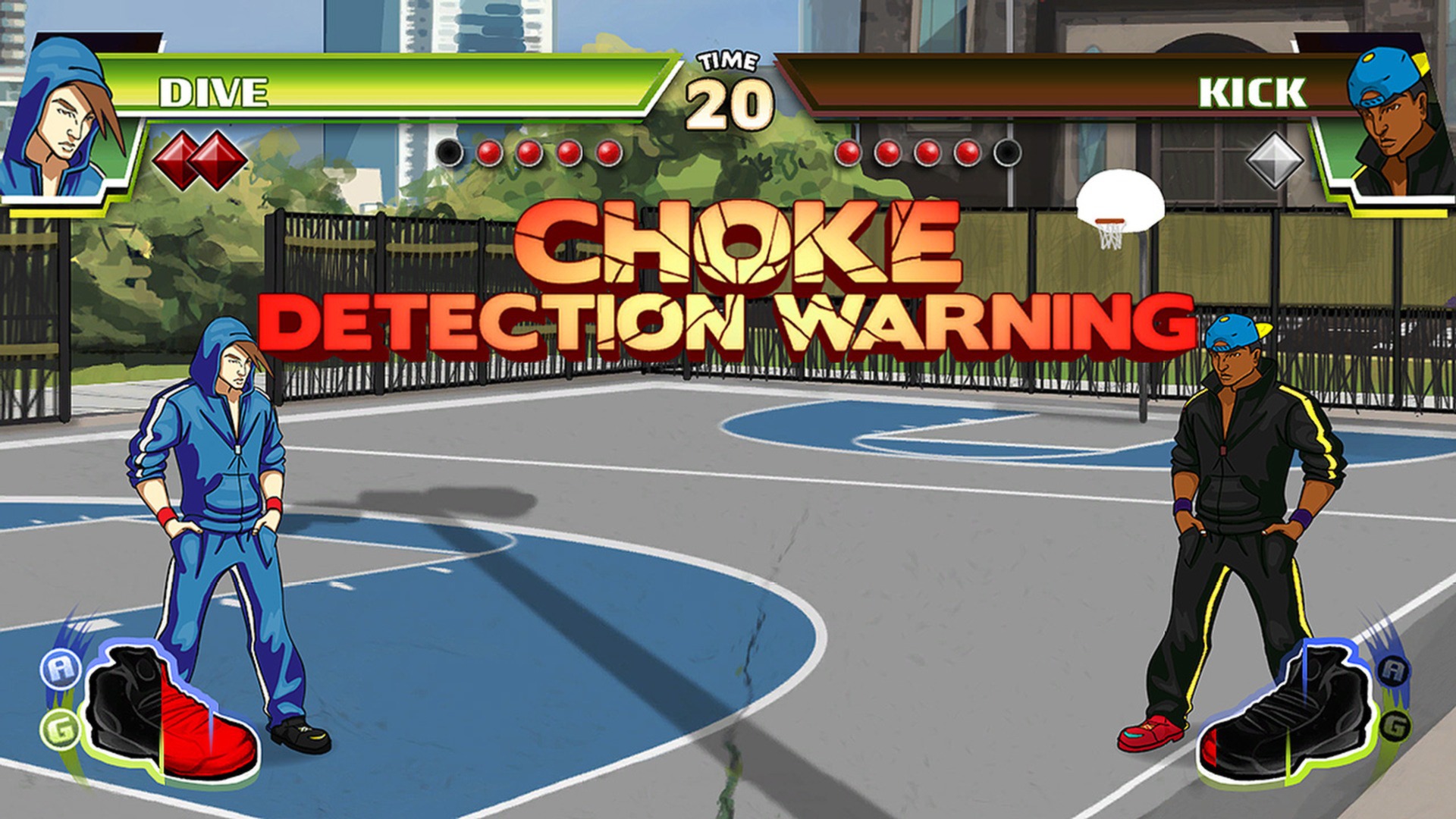 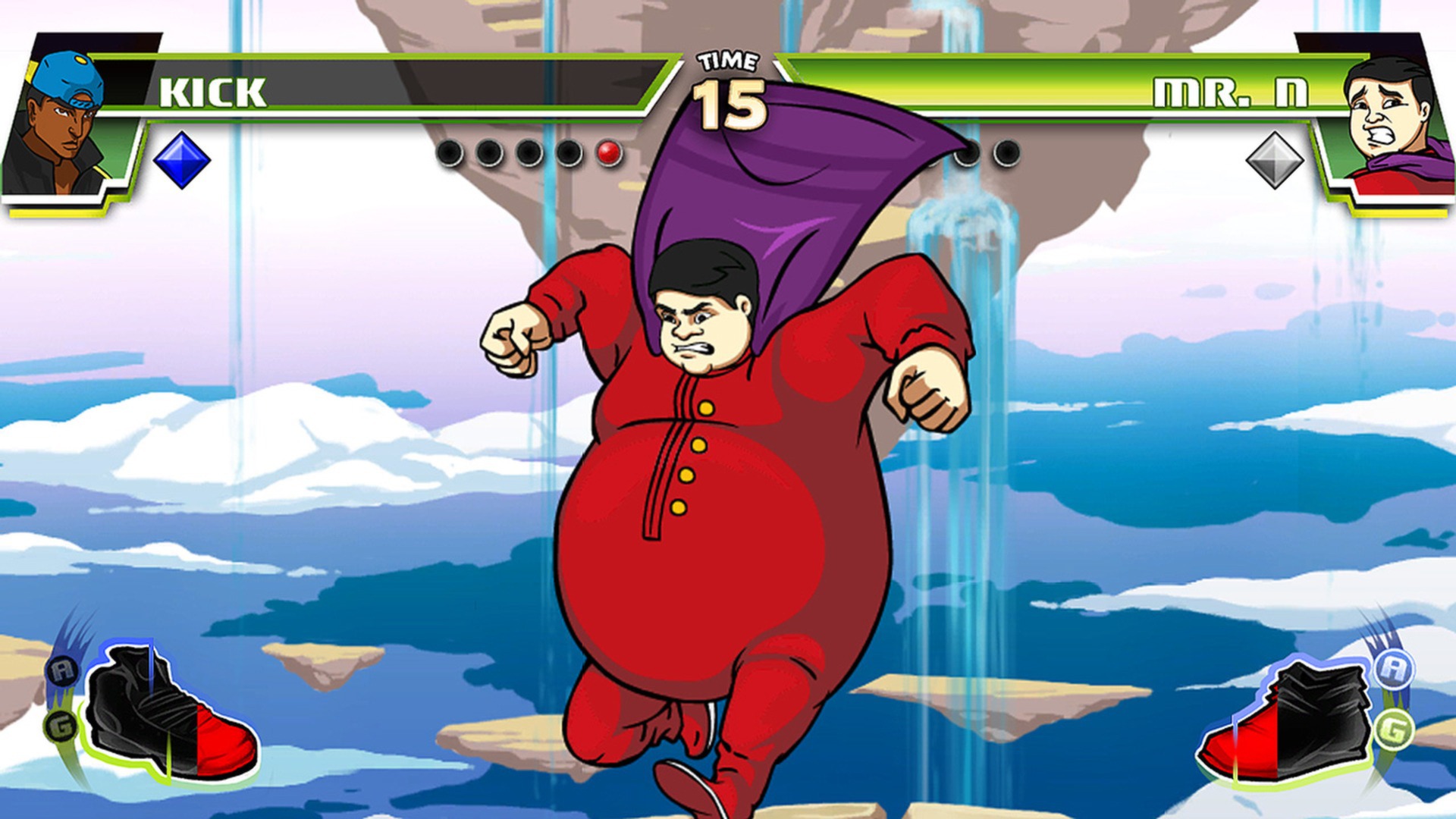 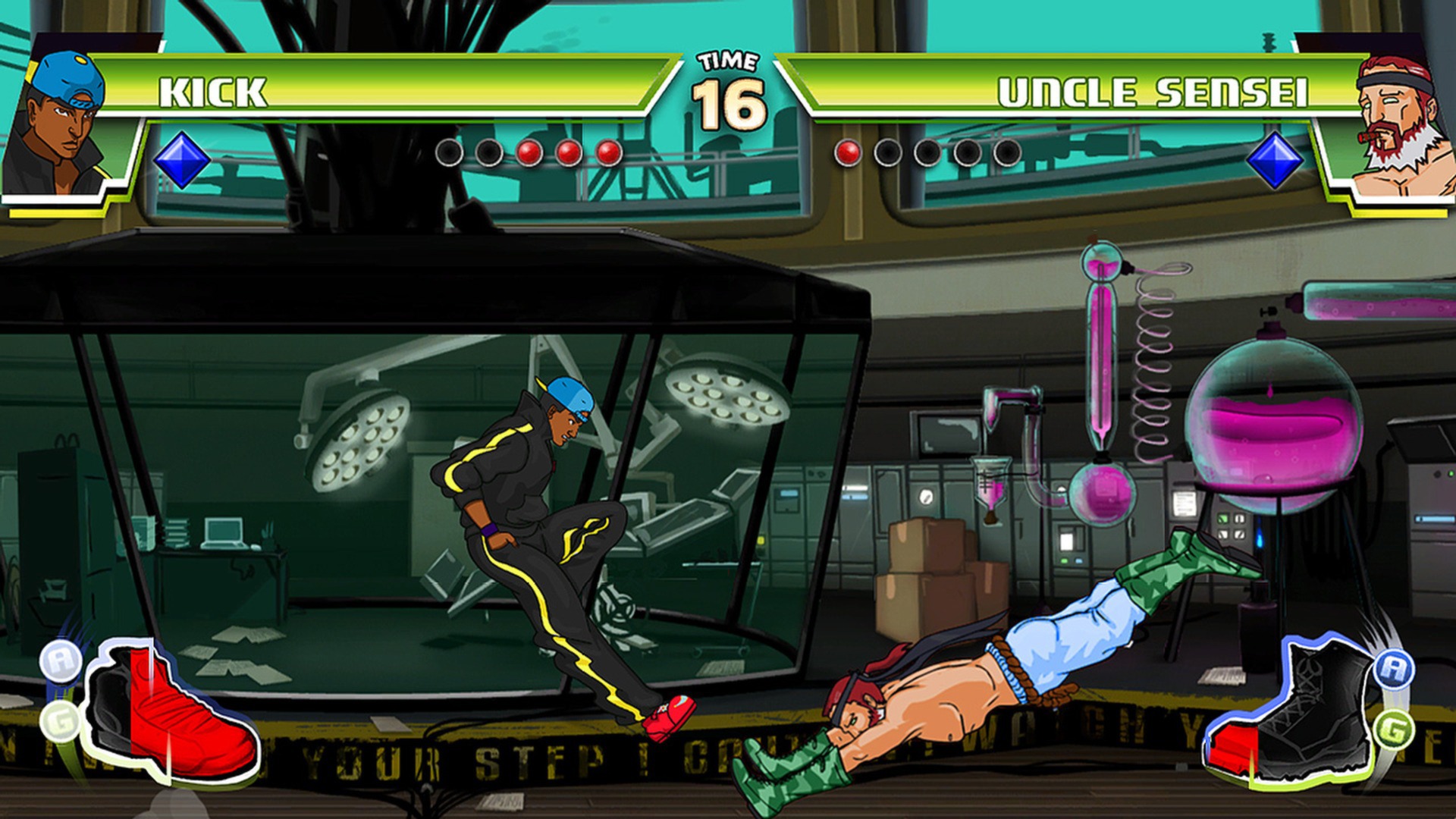 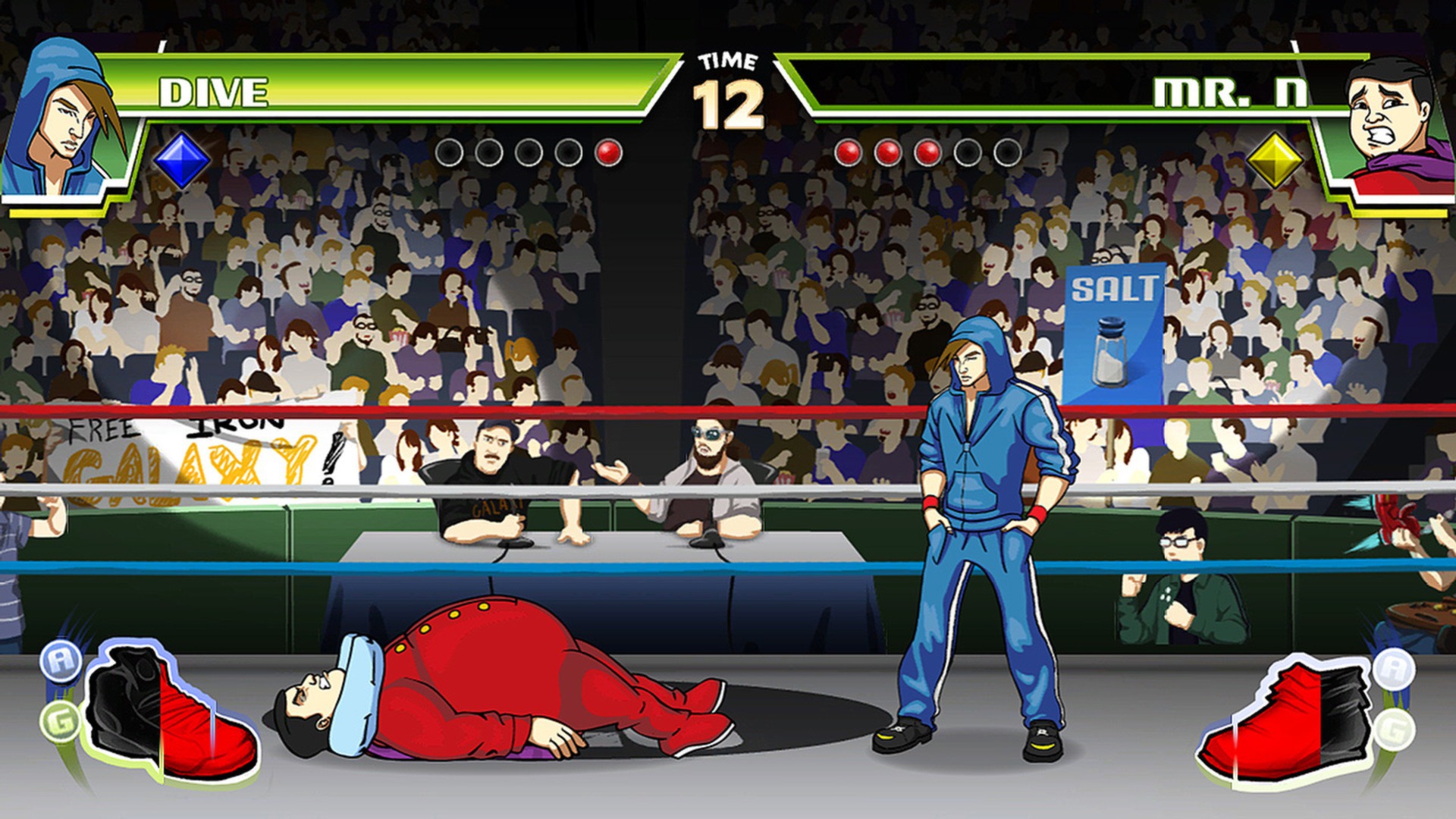 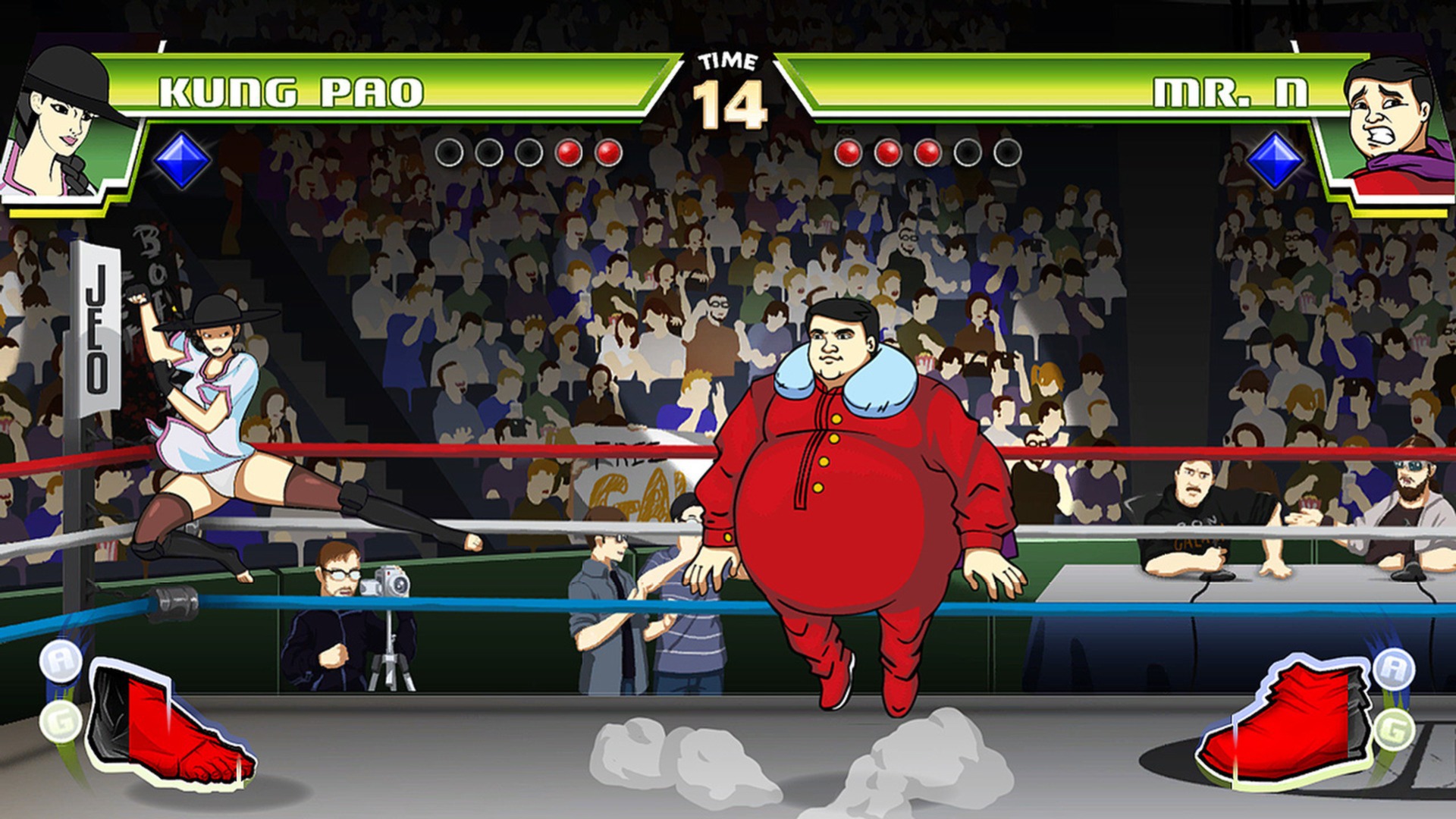 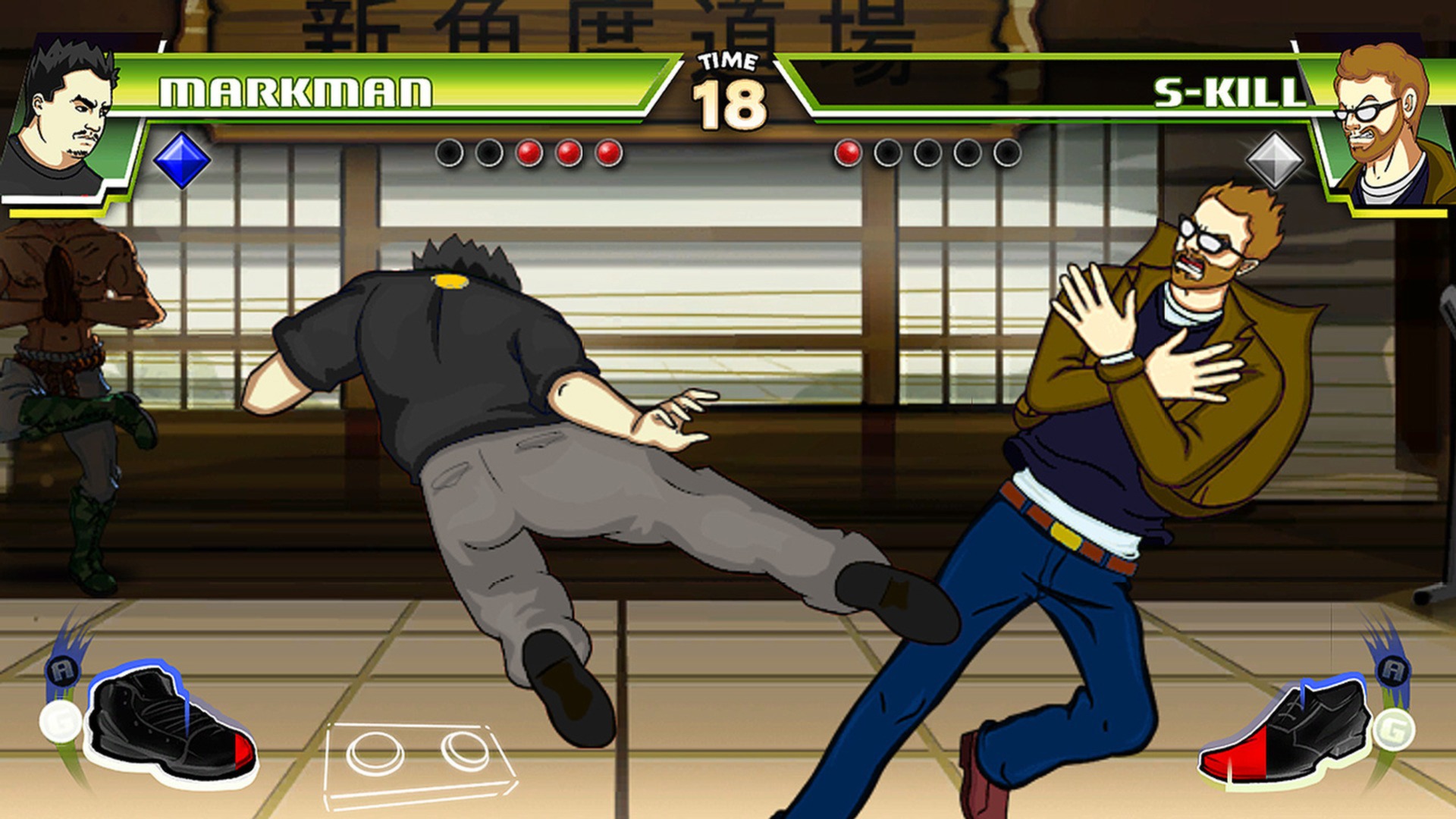 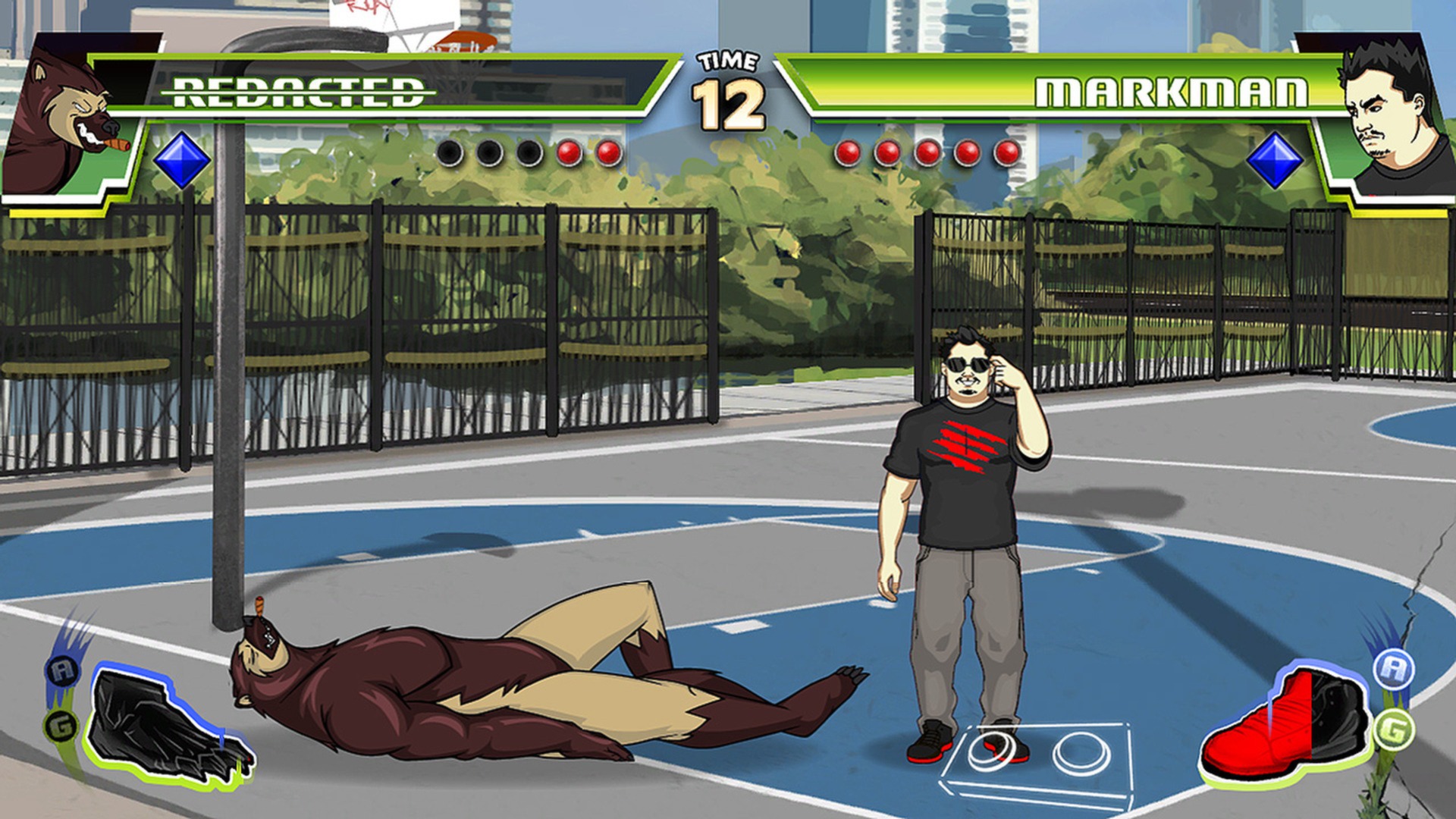 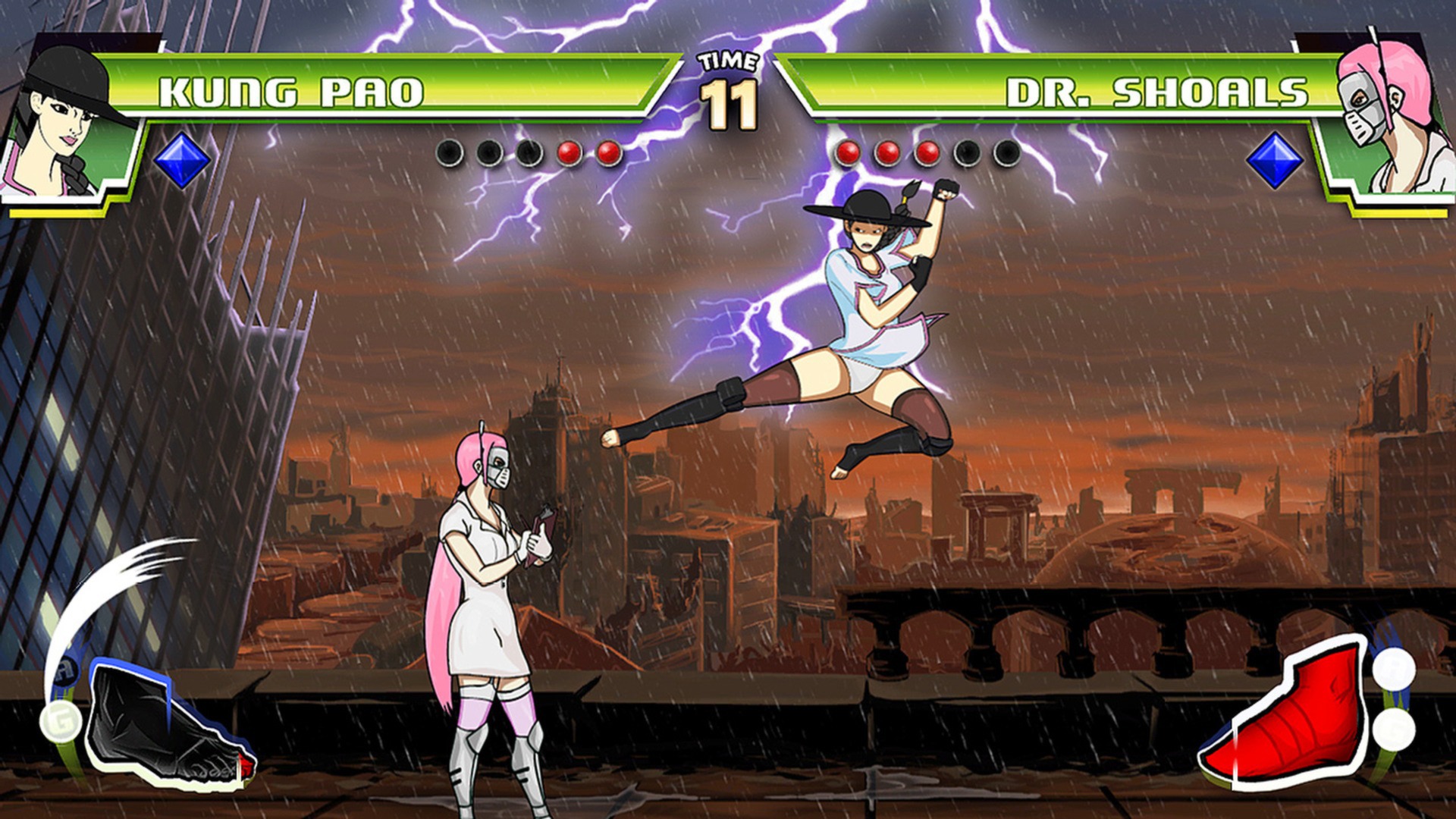 Divekick is the world’s first two-button fighting game. It distills the essence of the fighting game genre into just two buttons with no d-pad directional movement. Divekick’s focused gameplay demonstrates how much depth a single move actually has, and introduces (or reinforces) skills fundamental to the genre: mind games, spacing, timing, and quick reactions.

At Iron Galaxy we love fighting games. To the average fan, most of what makes them fun is hidden behind a never-ending series of input combinations that they have to memorize. That’s why Divekick has just two buttons: Dive (into the air) makes your character jump straight up. Kick causes your character to fly foot first at a downward angle. If you press Kick on the ground, you can jump away from your opponent. Utilizing these moves, the first hit will win the round, and the player that wins five rounds first wins the game. It’s pure adrenaline, awareness, and outsmarting your enemy. It’s a fighting game deconstructed into its purest form.

Divekick has been selected for the IndieCade 2013 Festival which takes place from 10/3 - 10/6 in Los Angeles!