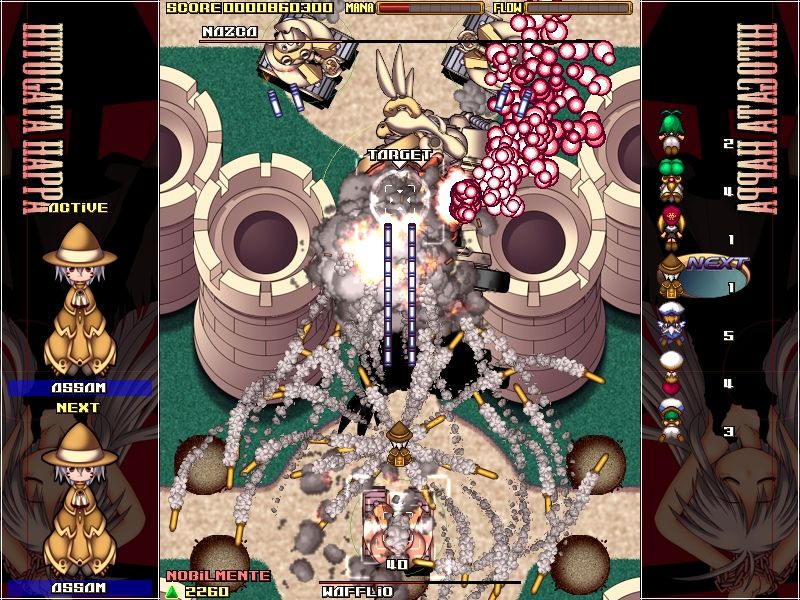 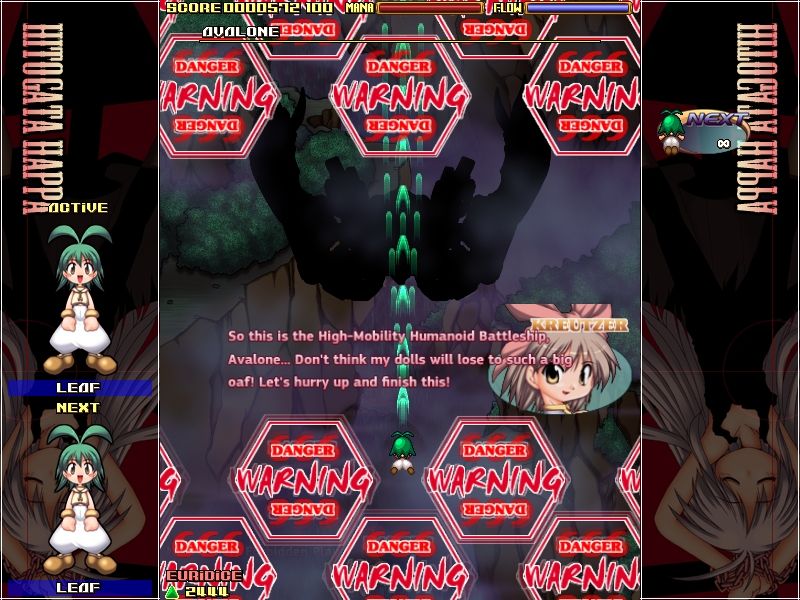 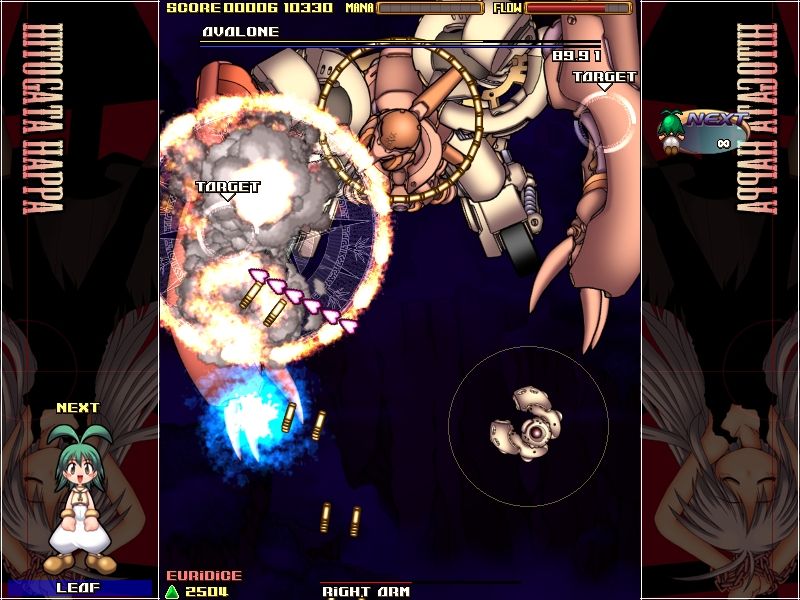 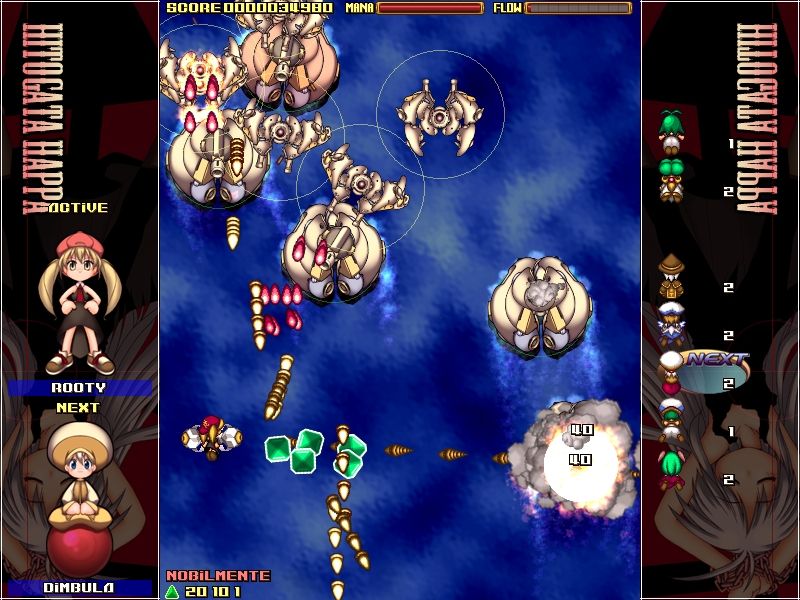 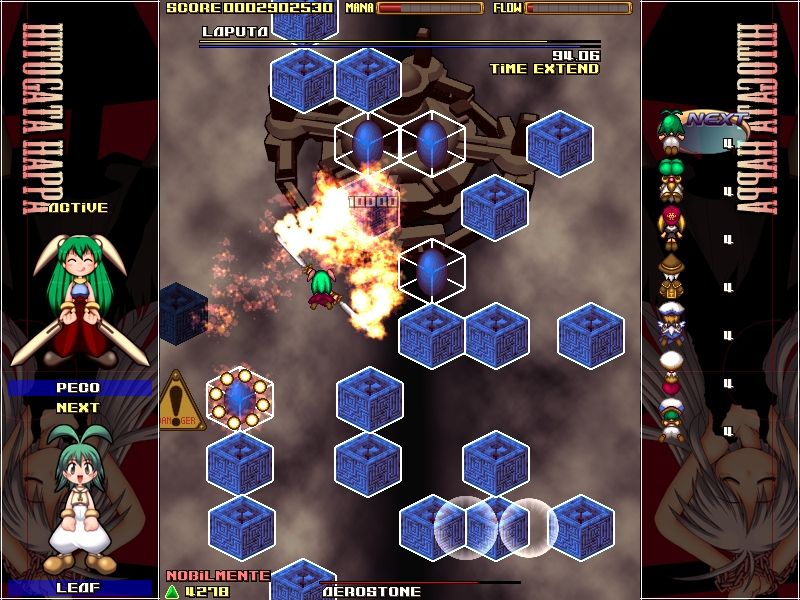 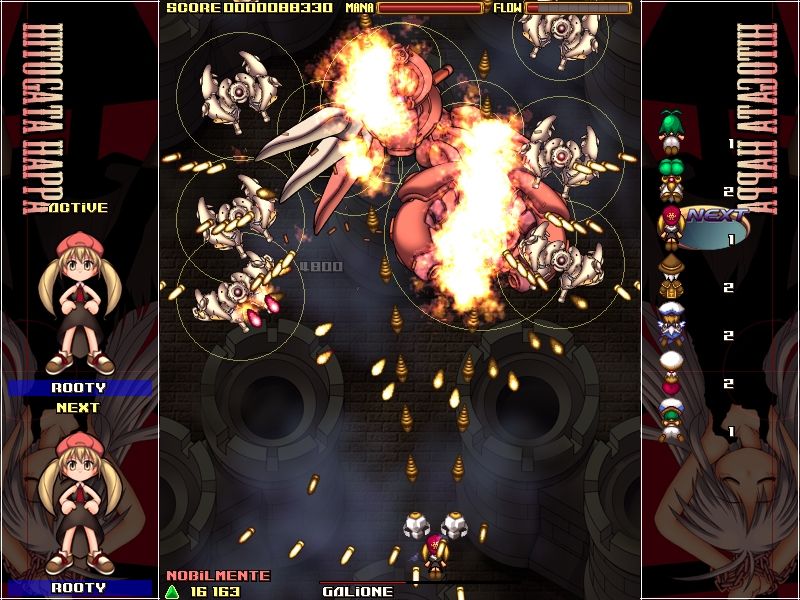 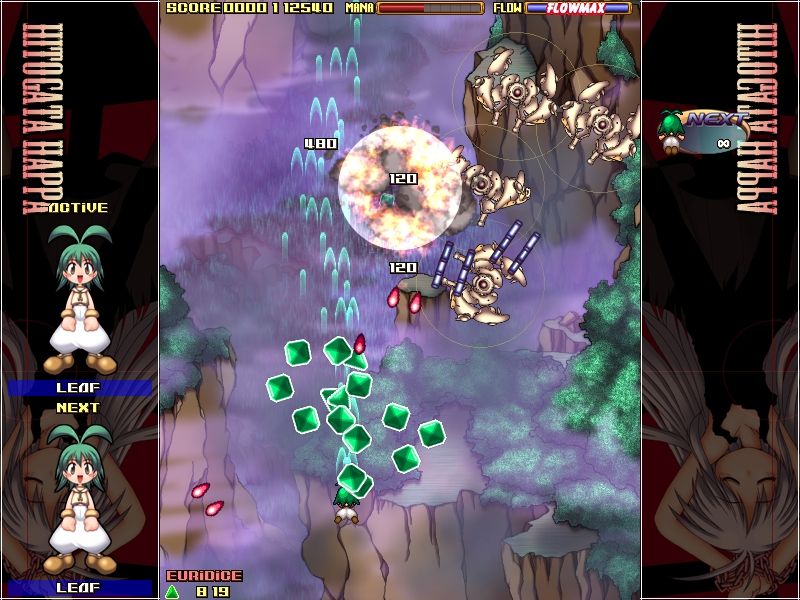 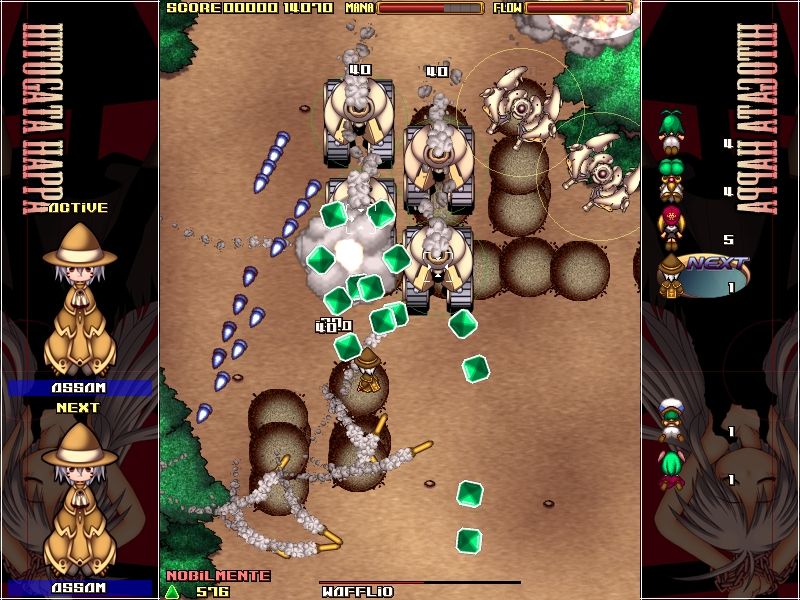 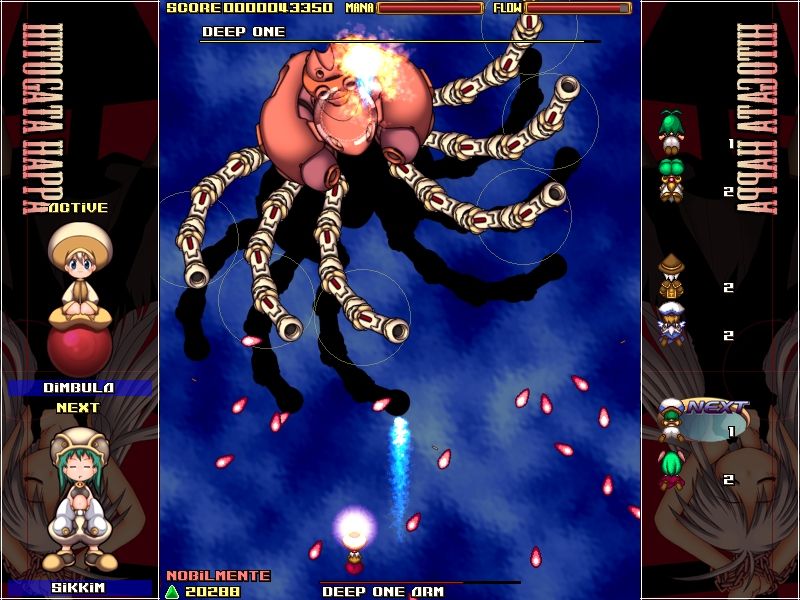 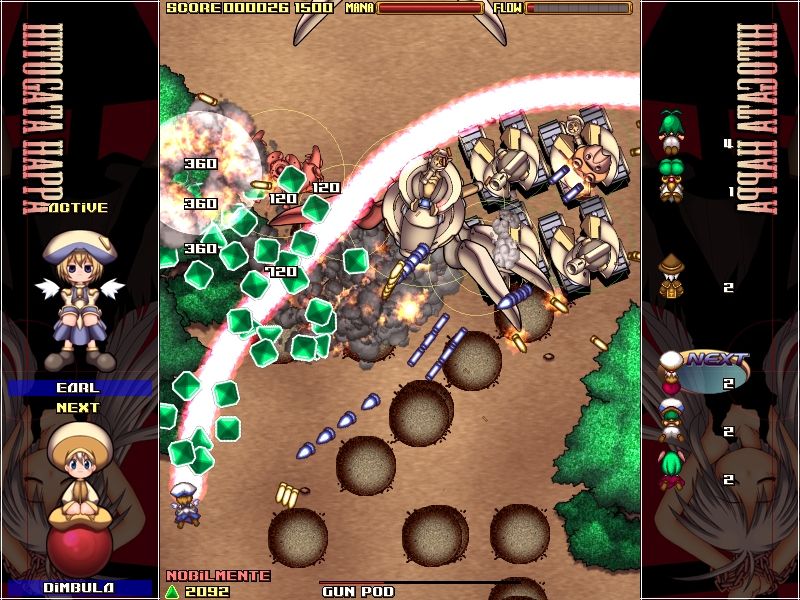 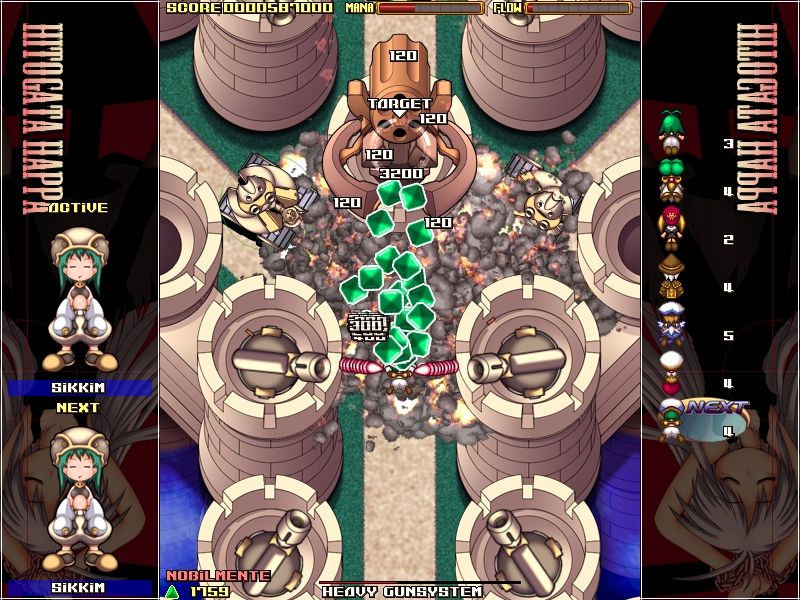 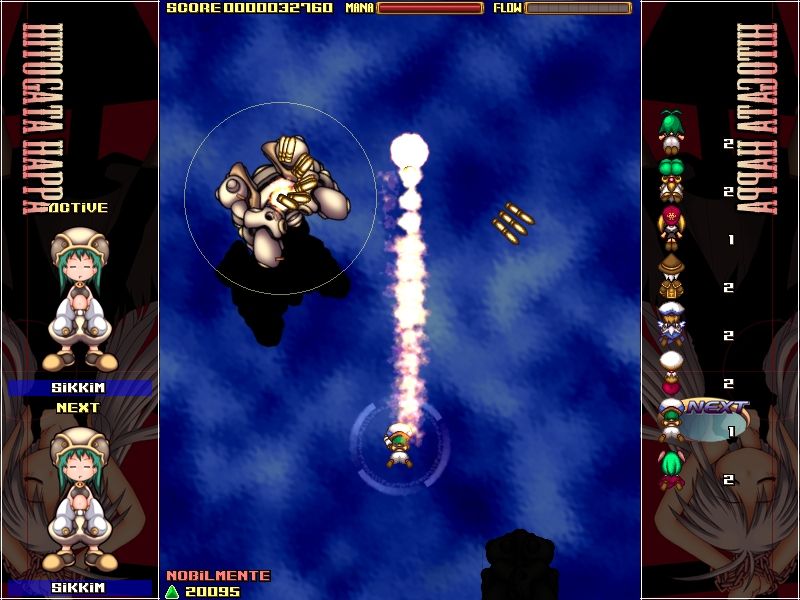 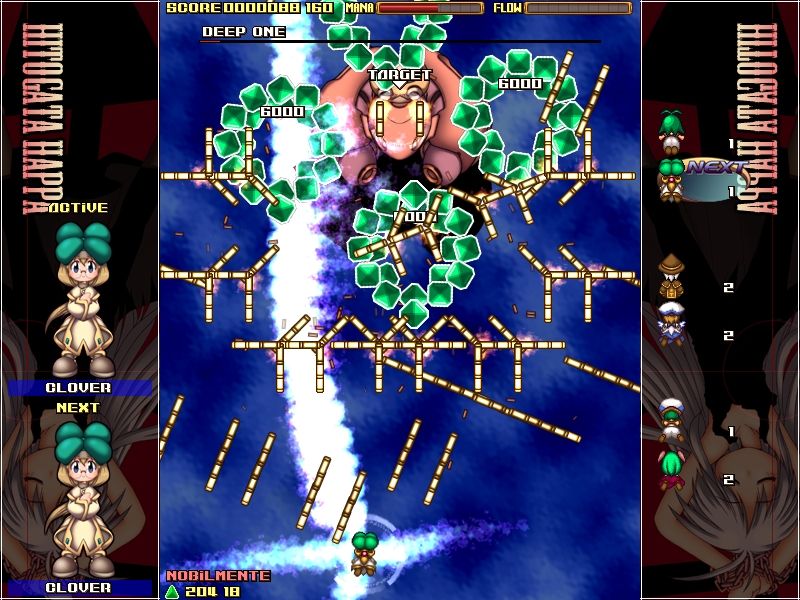 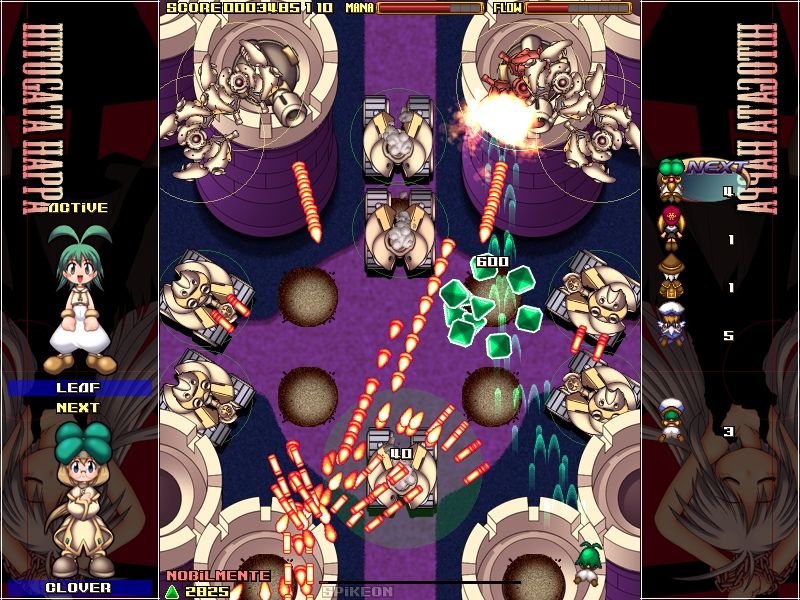 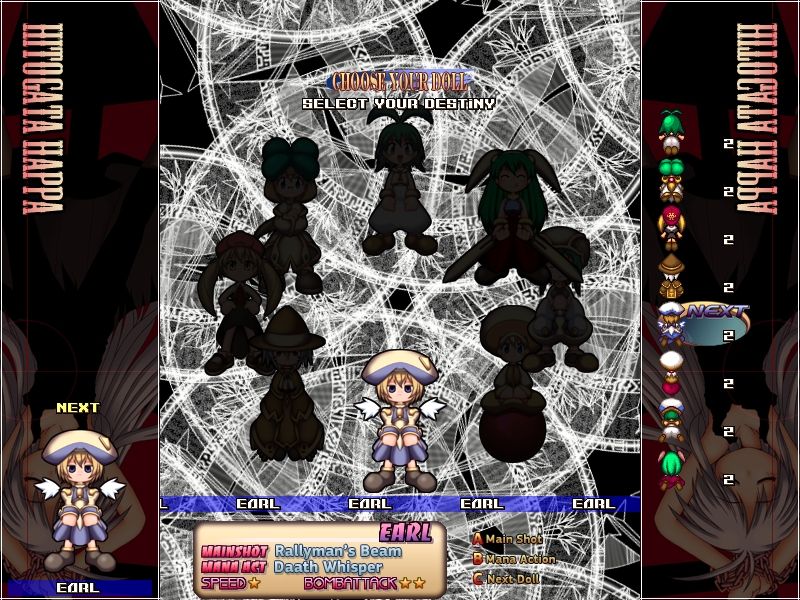 Shoot 'em up with the 3rd game in the Gundemonium Collection series. Hitogata Happa is considered one of the hardest doujin style shooters ever! – Unlike the first two games, Hiitogata Happa is a vertical scrolling upward shooter, the action in this game is a visual mish-mash of weaponry that will give your senses a total overload. Threatened by an invading army who is terrorizing the land, Rosa enlisted the magic of a witch, Kreutzer – who has charmed her own army of magic dolls, each with extreme power and crazy weapons. Use these dolls to take revenge on the invaders as you blast through six, intense stages. Choose from twelve playable characters (four unlockable), each with their own special abilities, and unlock secret game features.