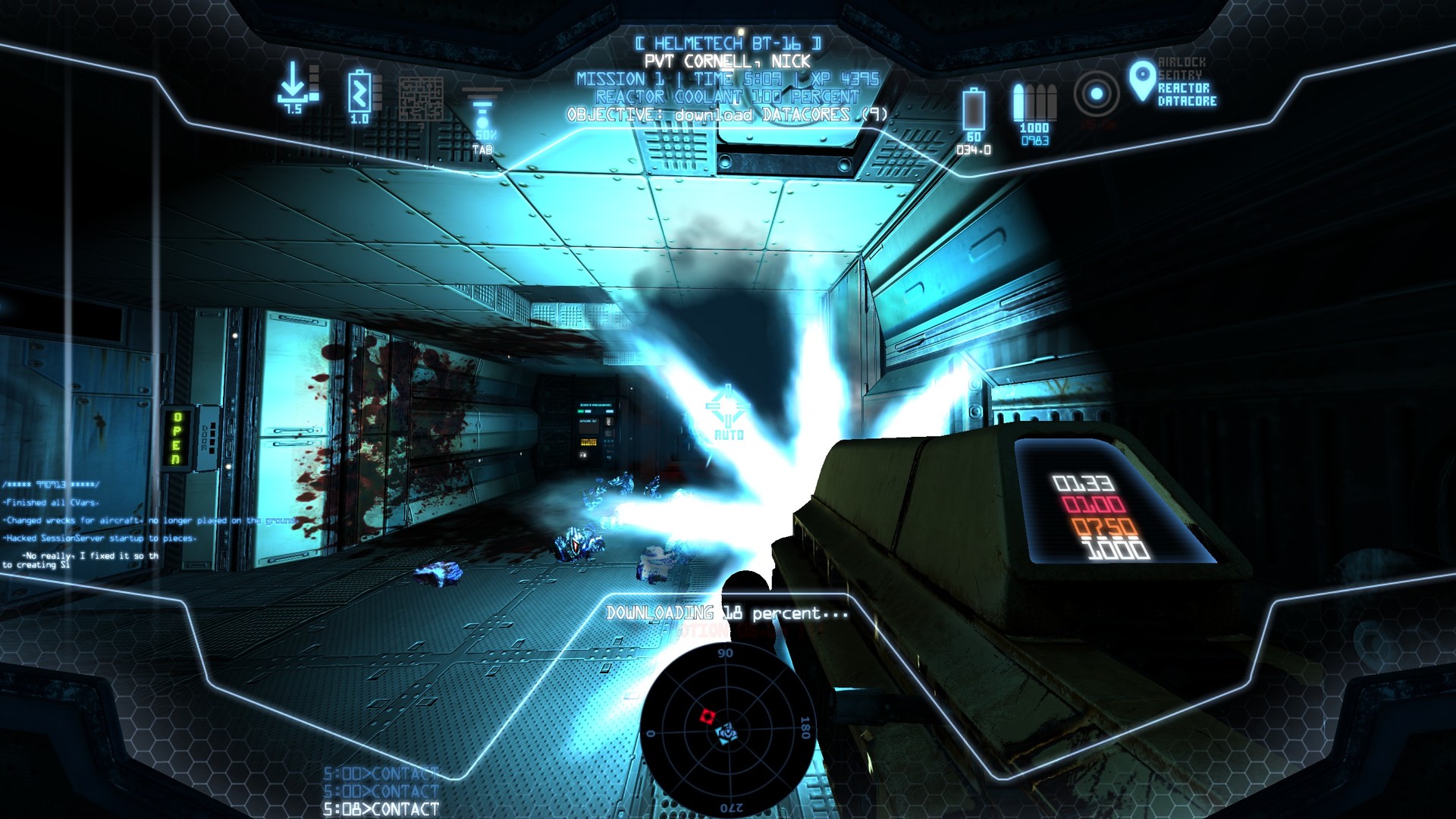 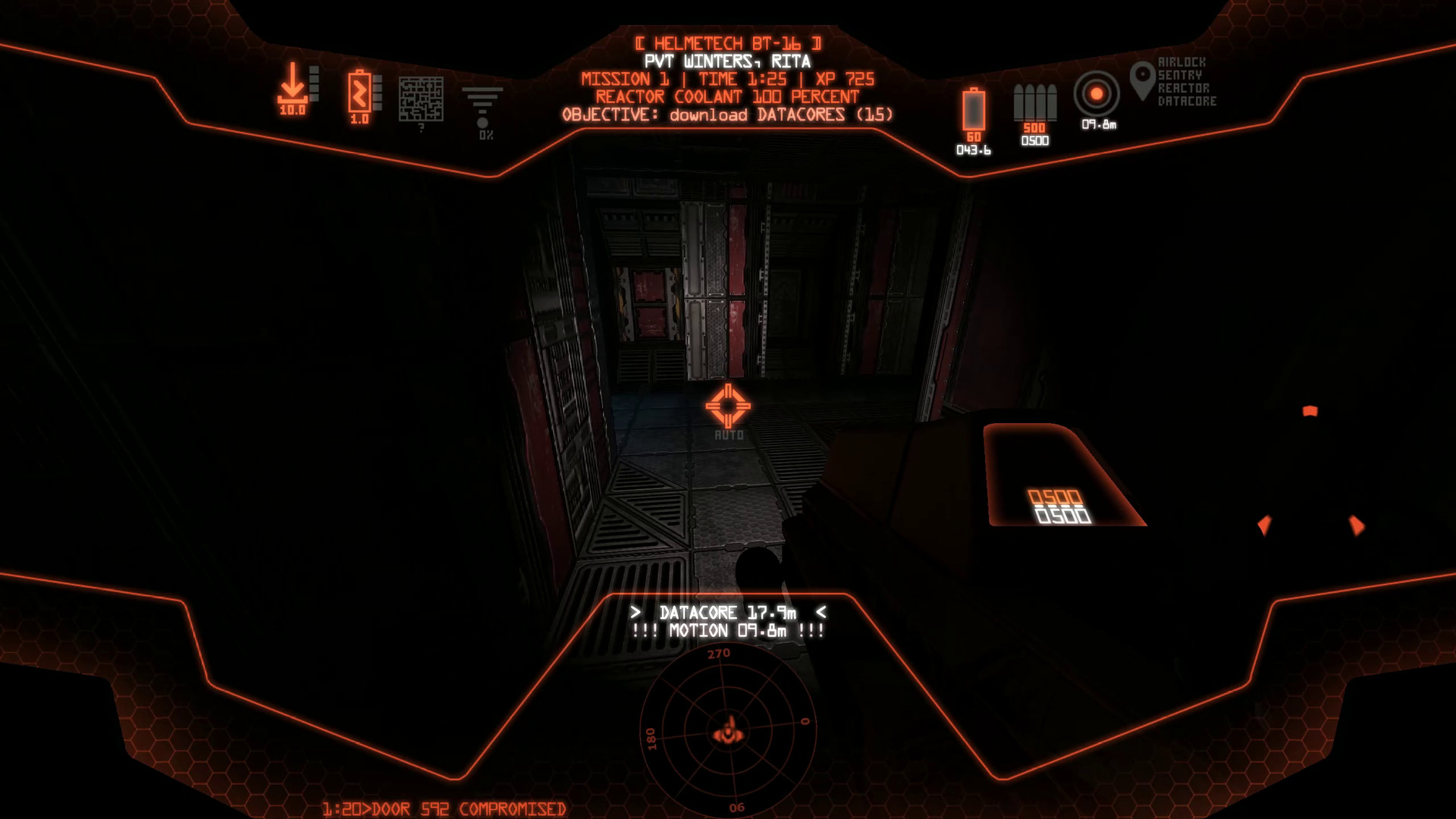 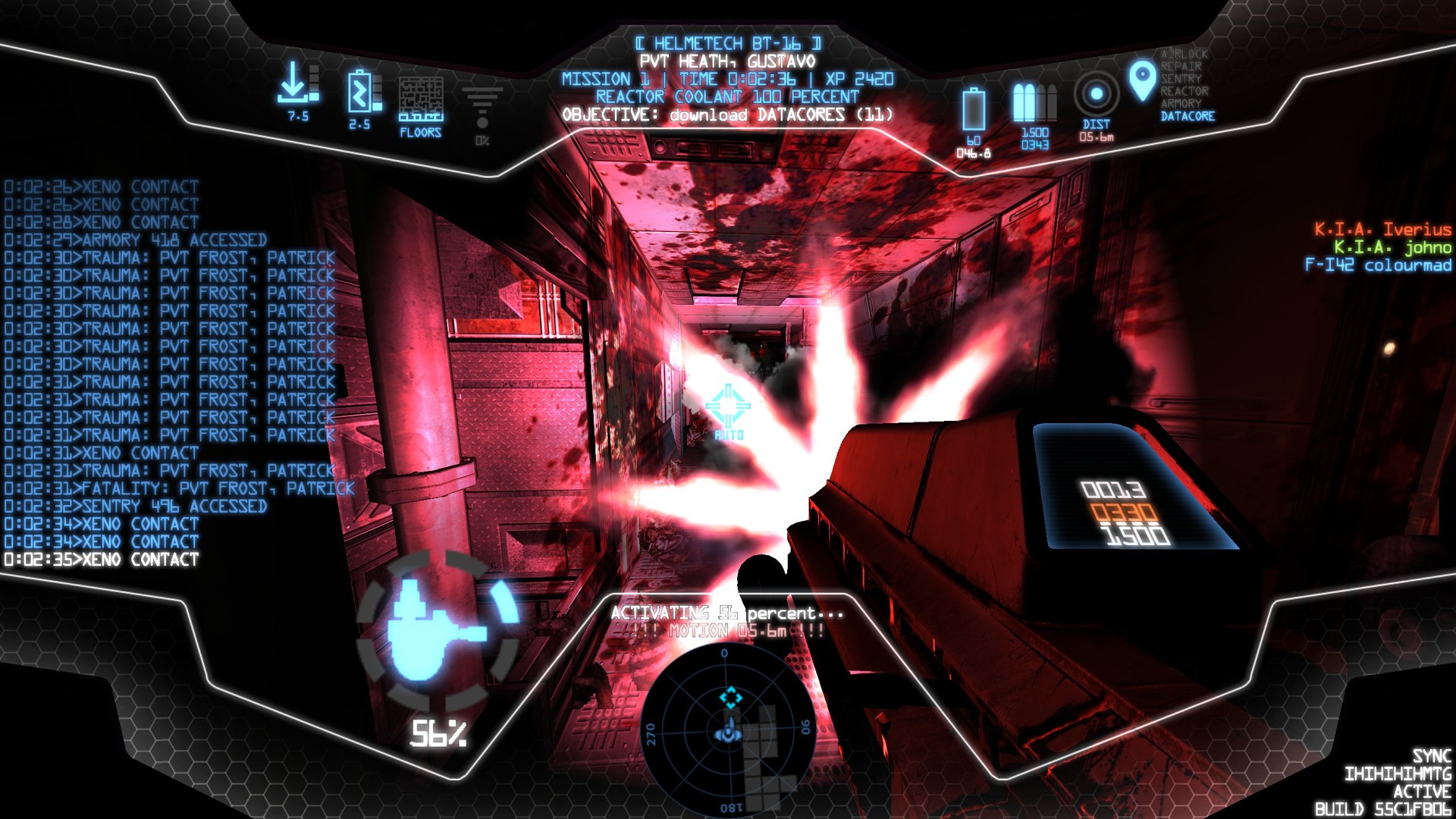 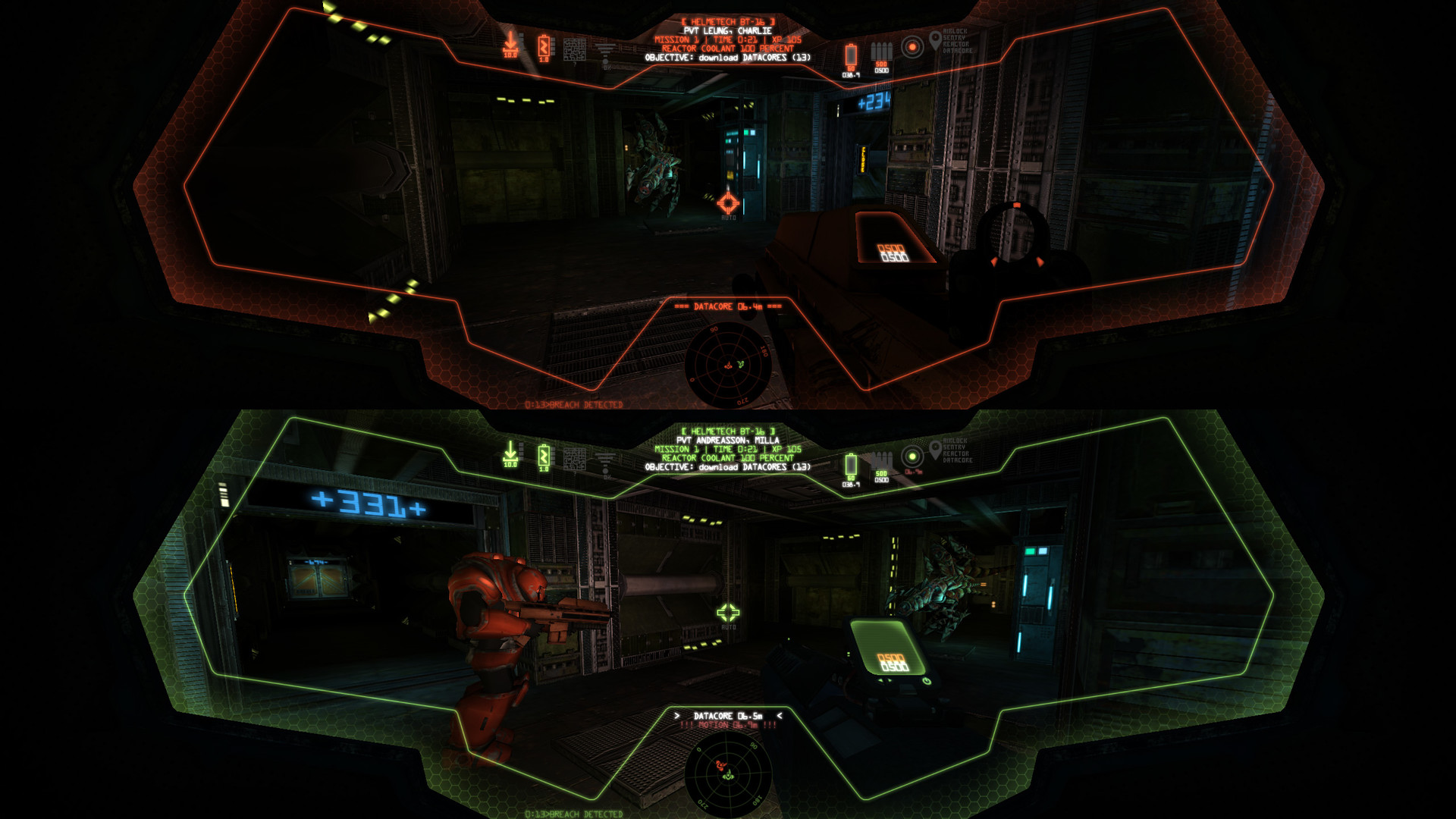 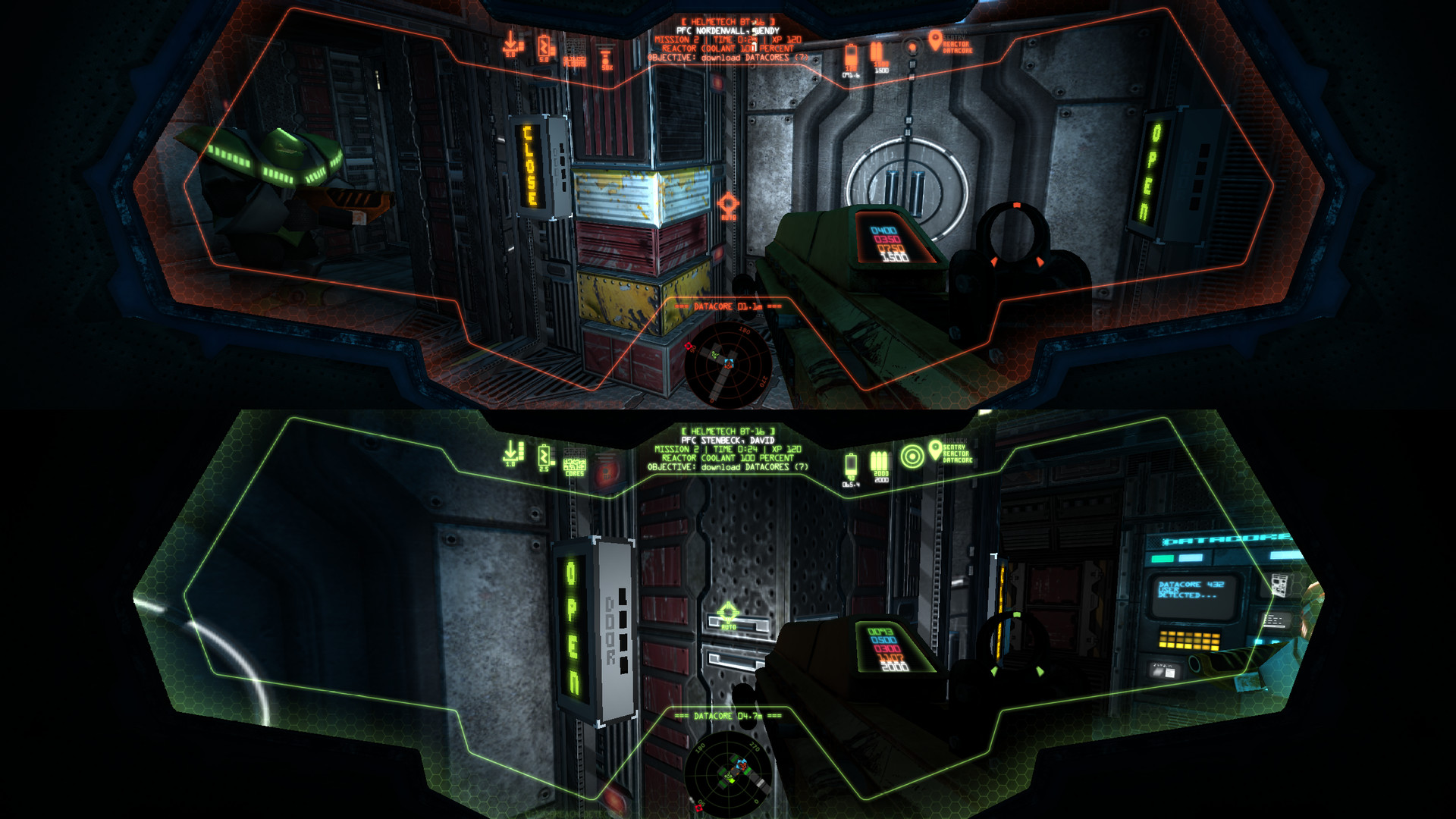 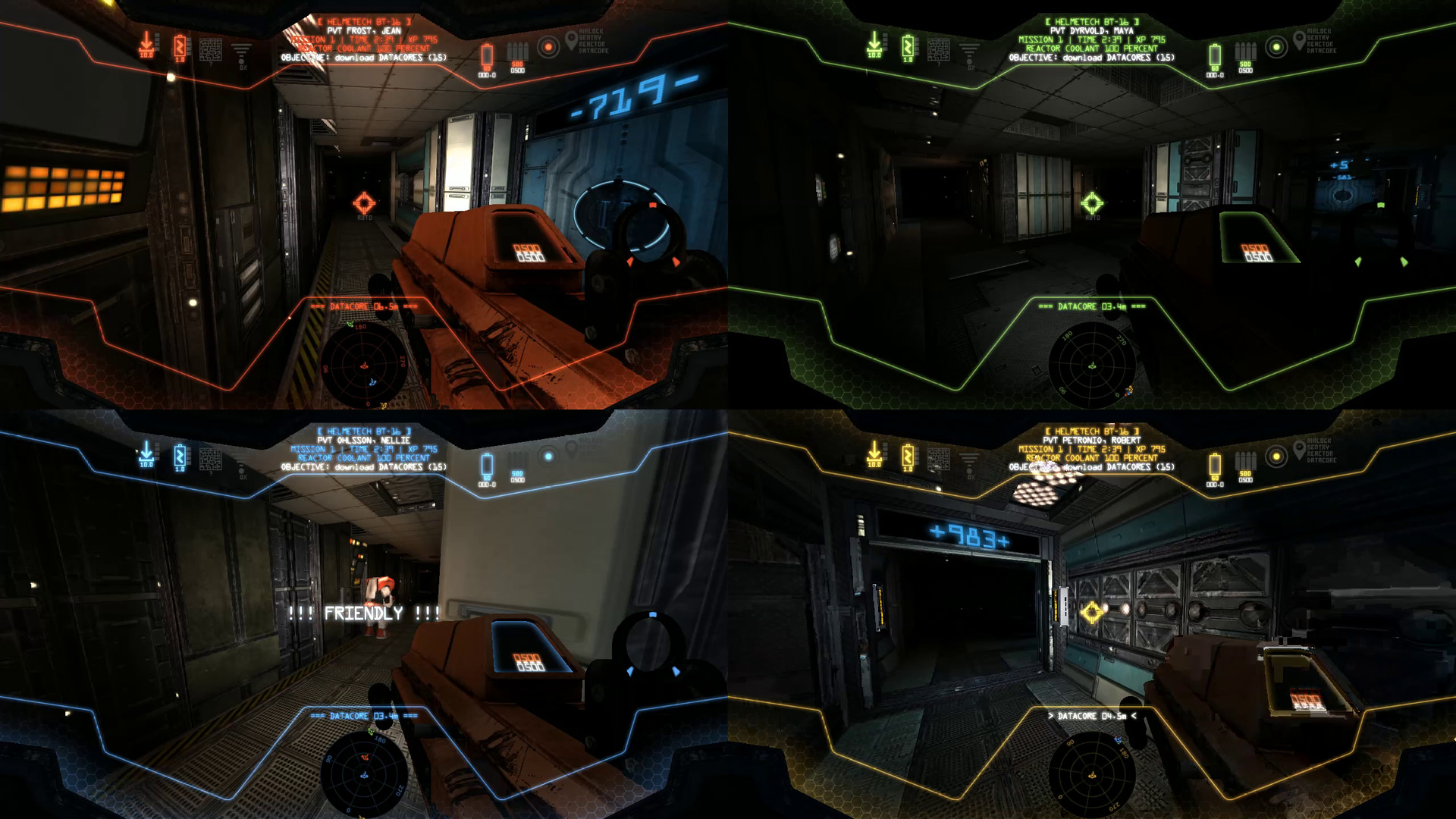 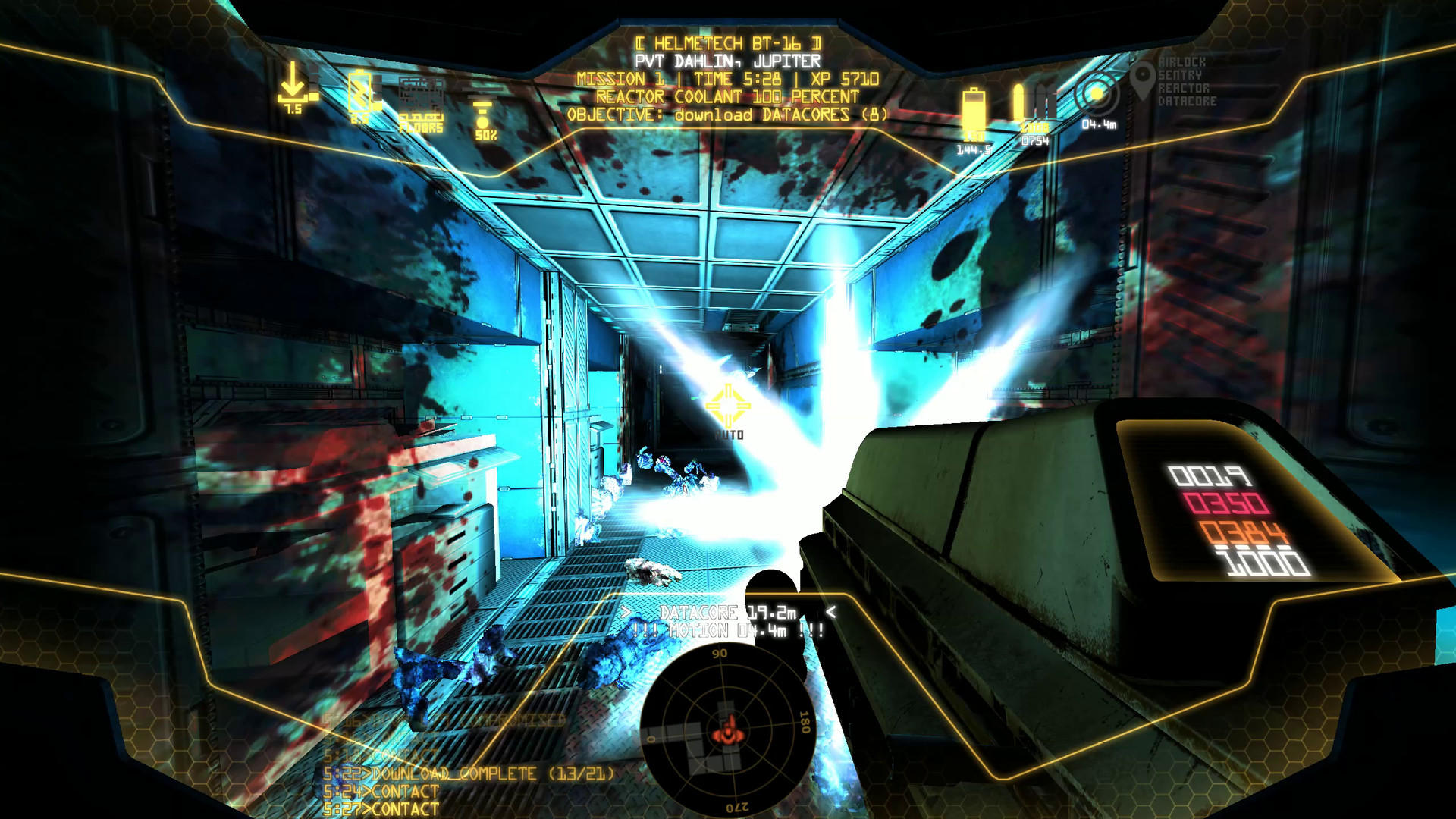 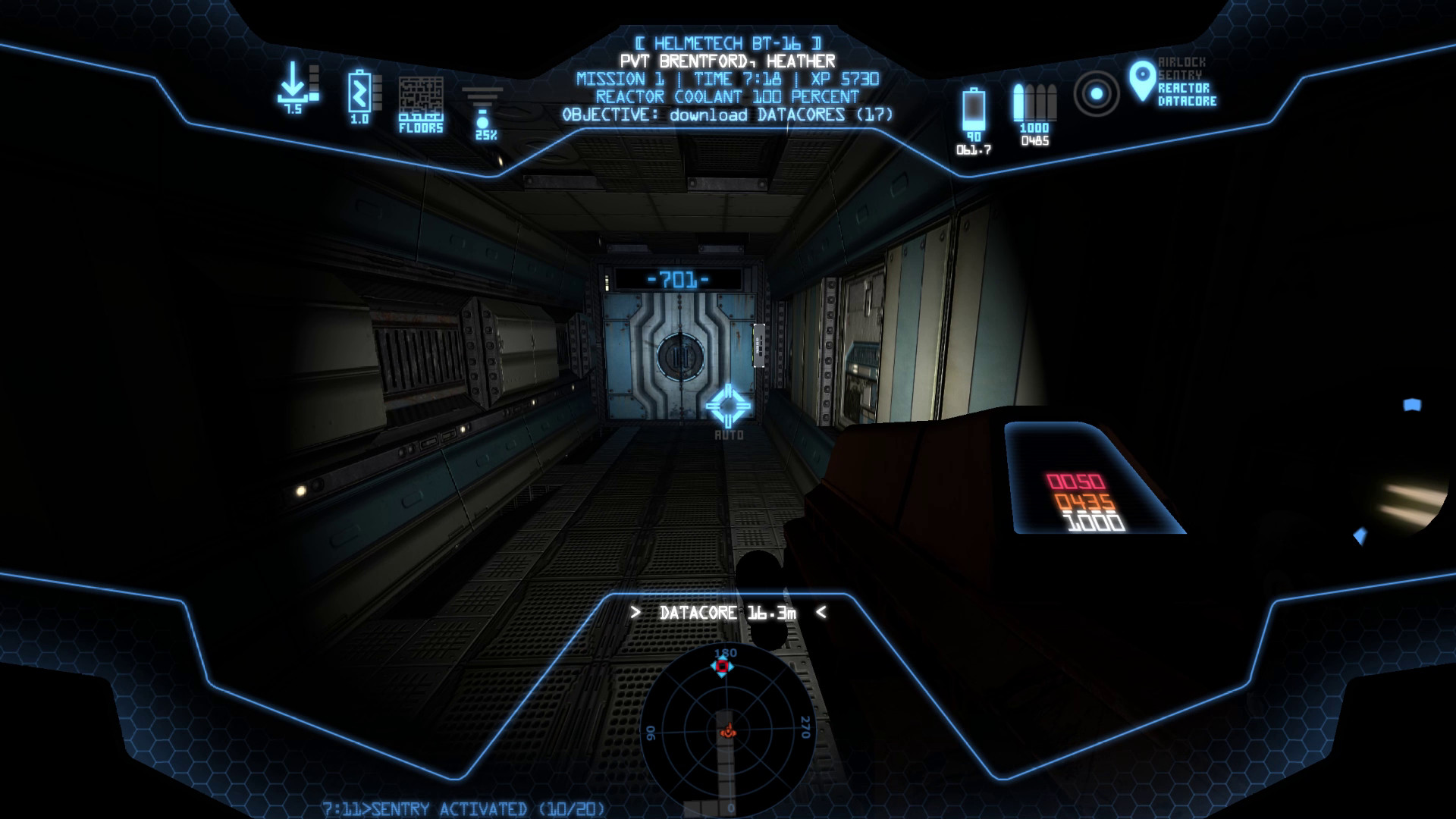 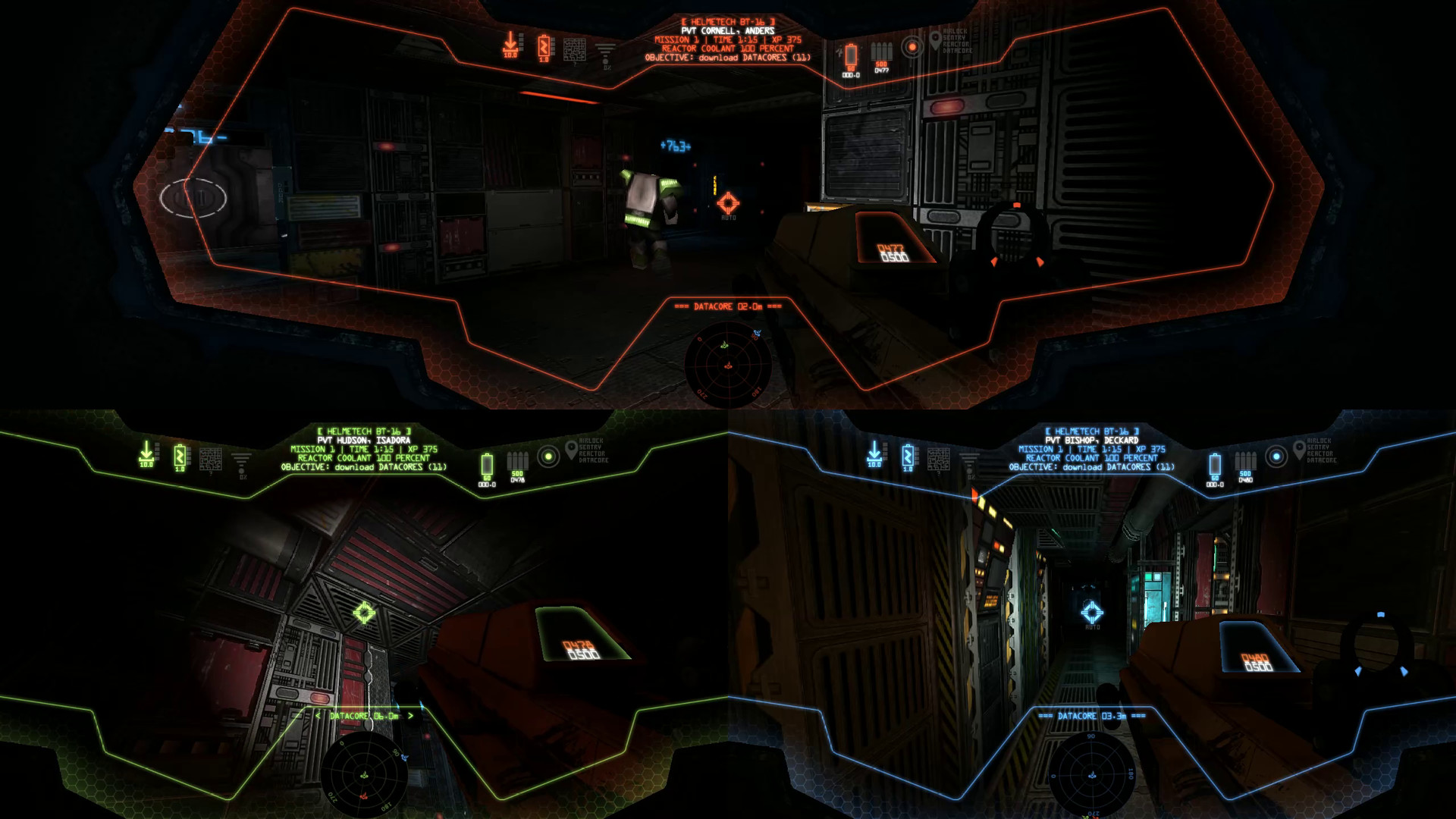 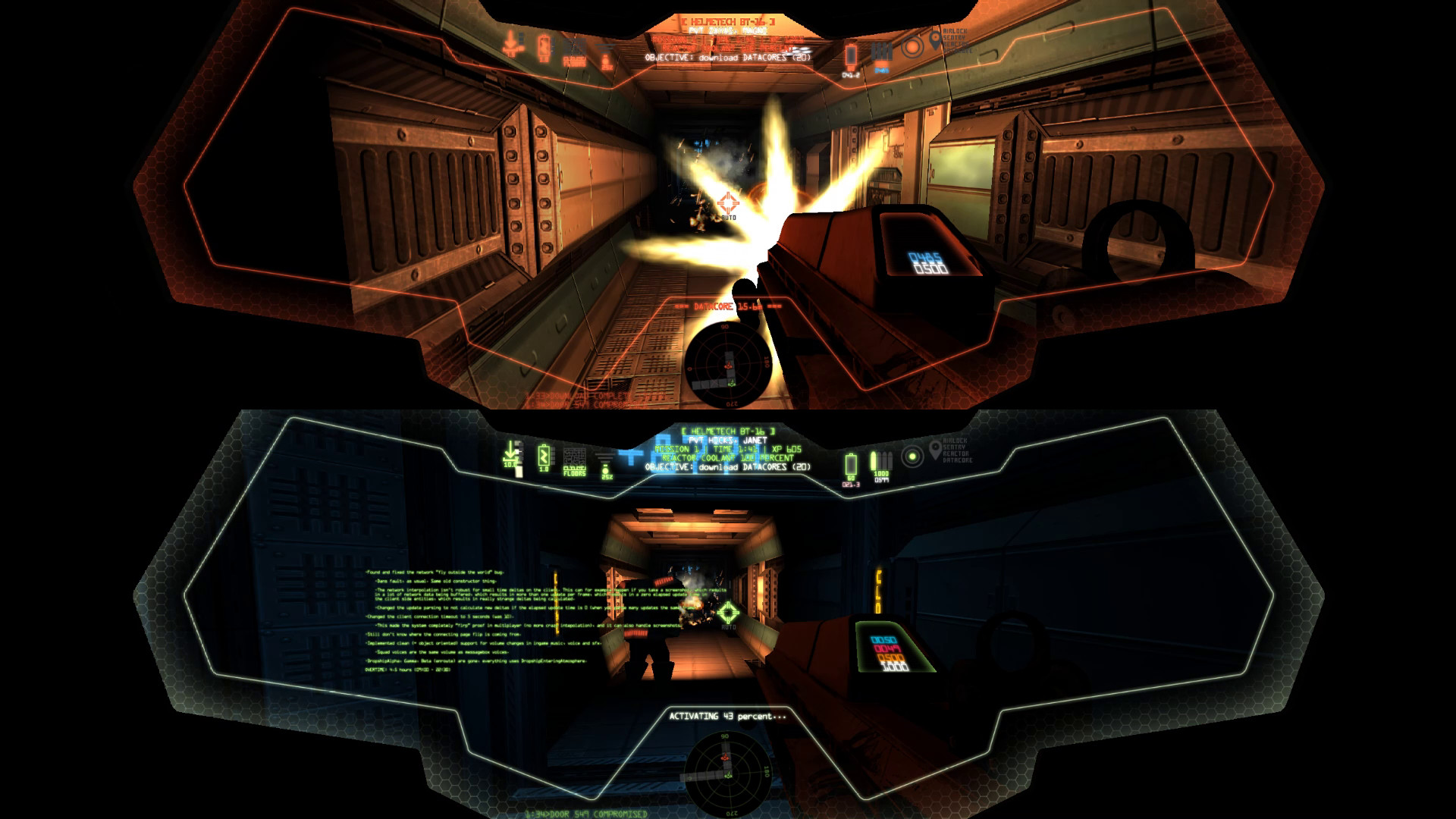 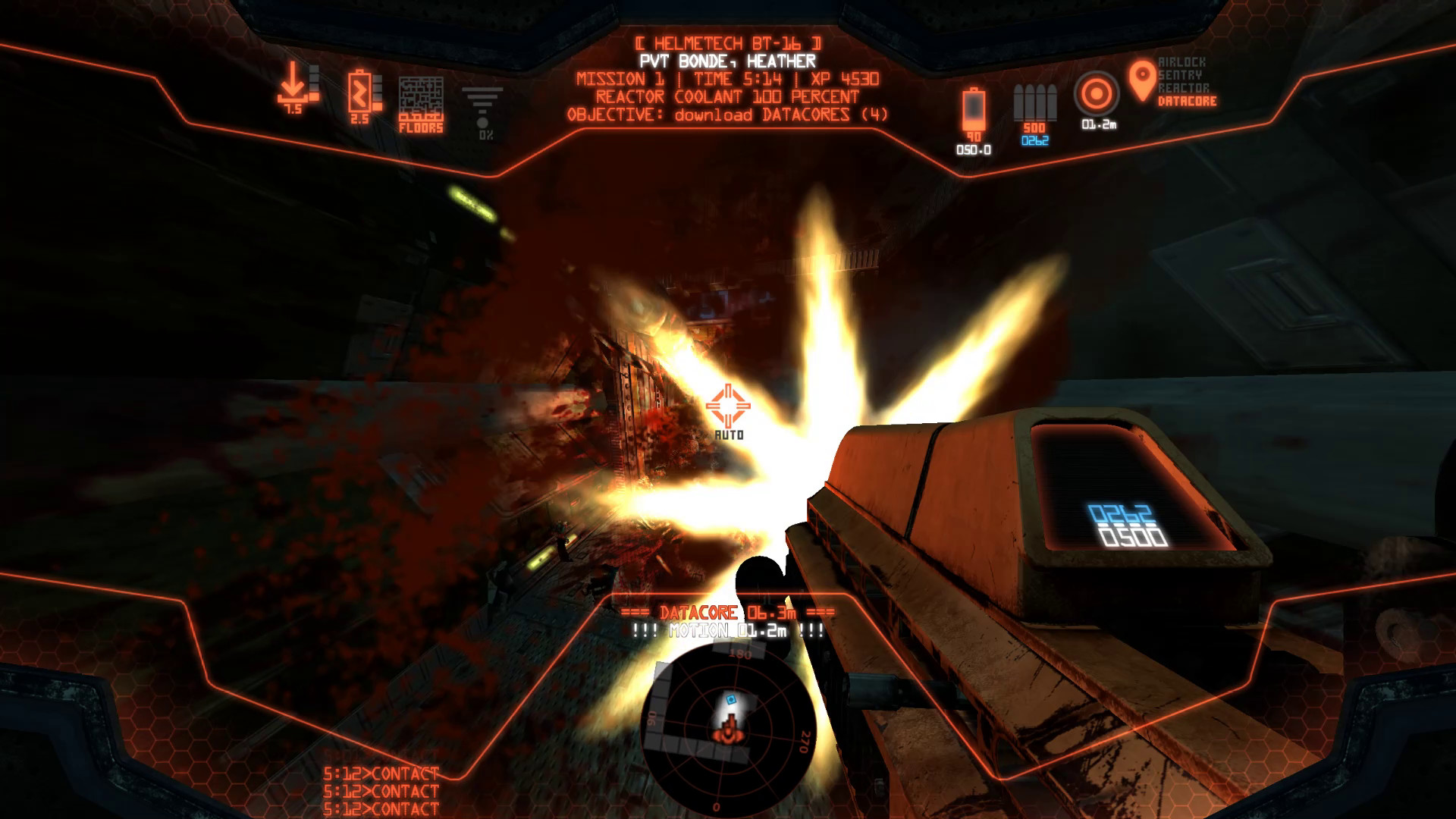 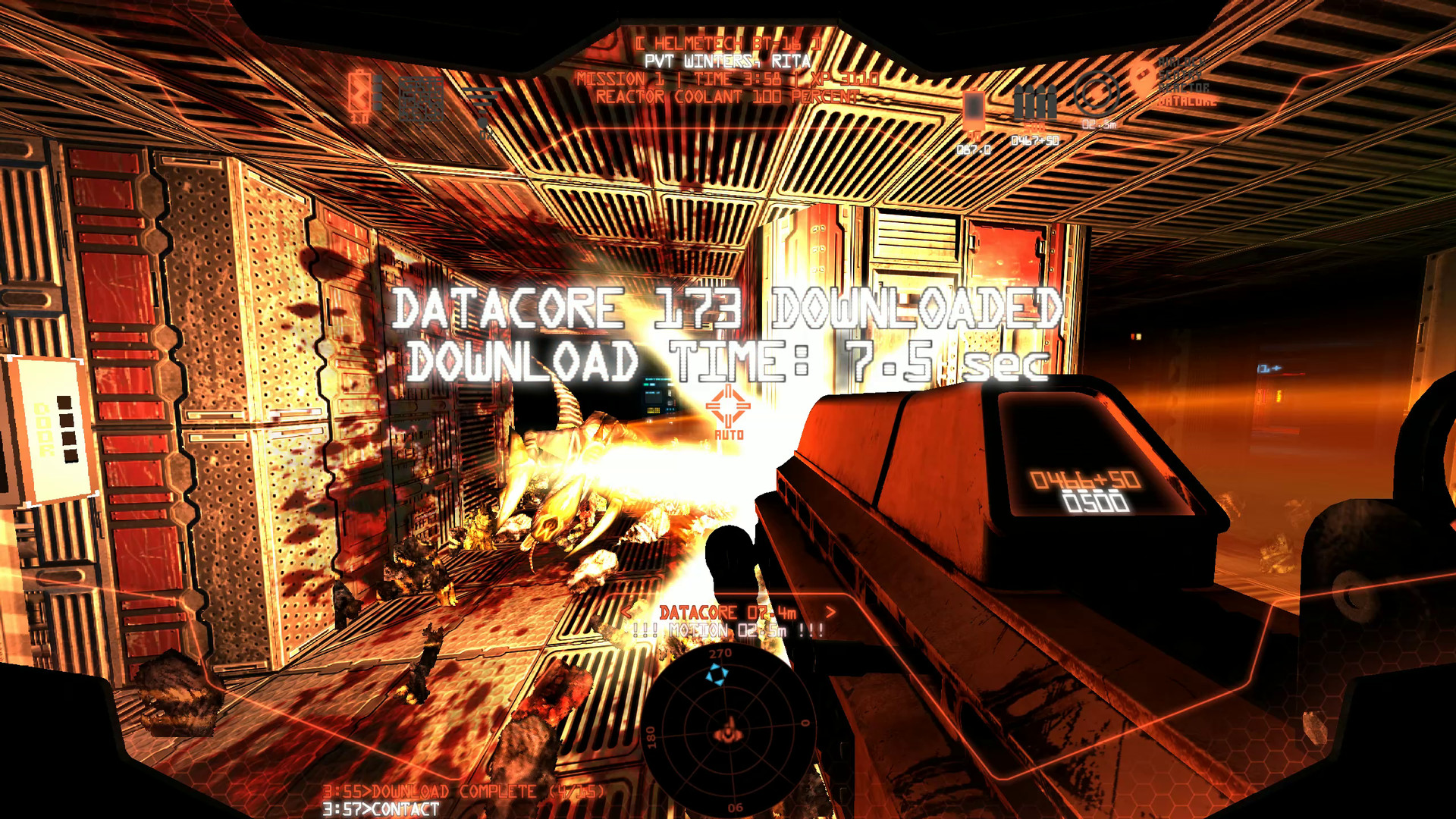 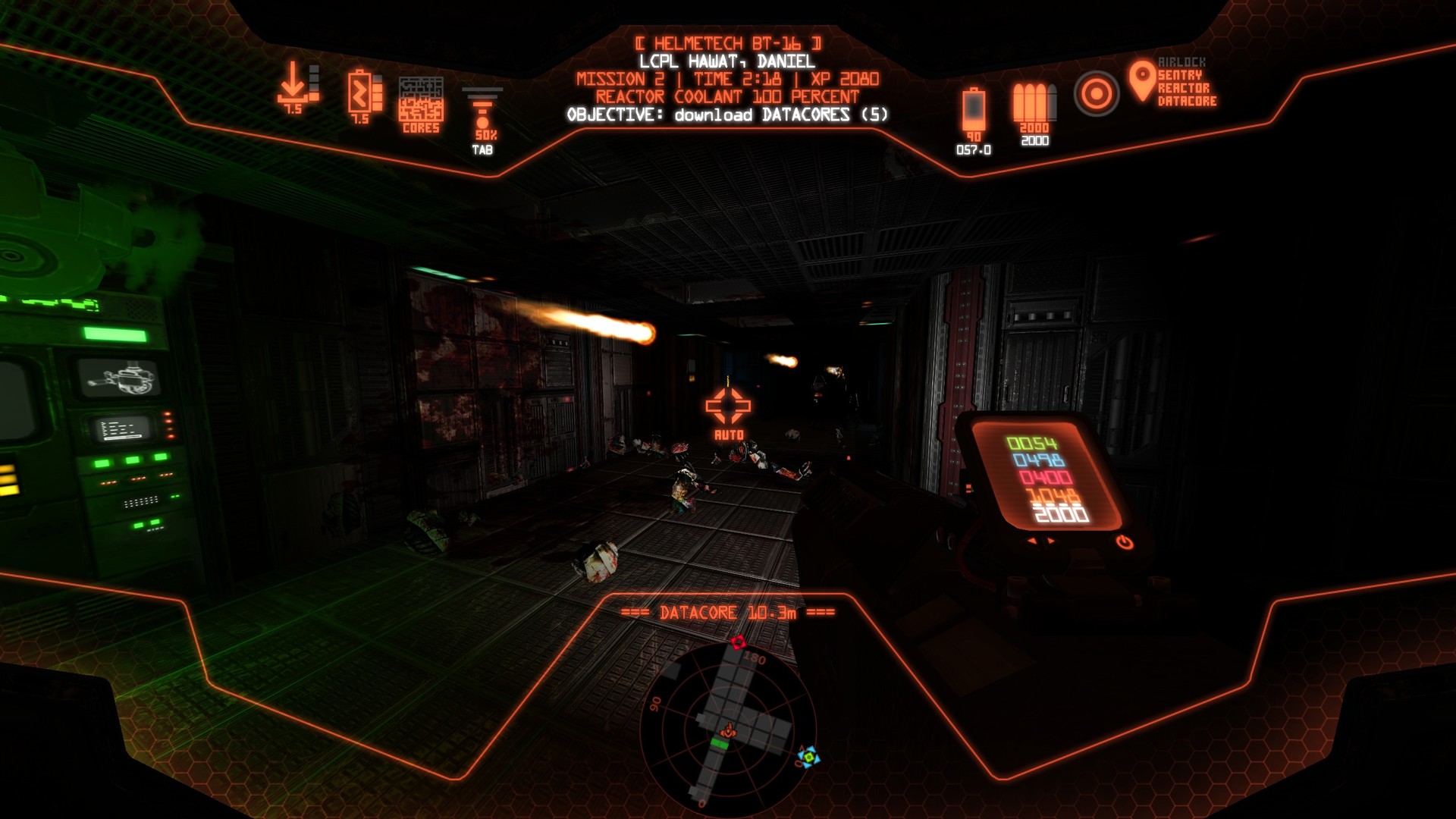 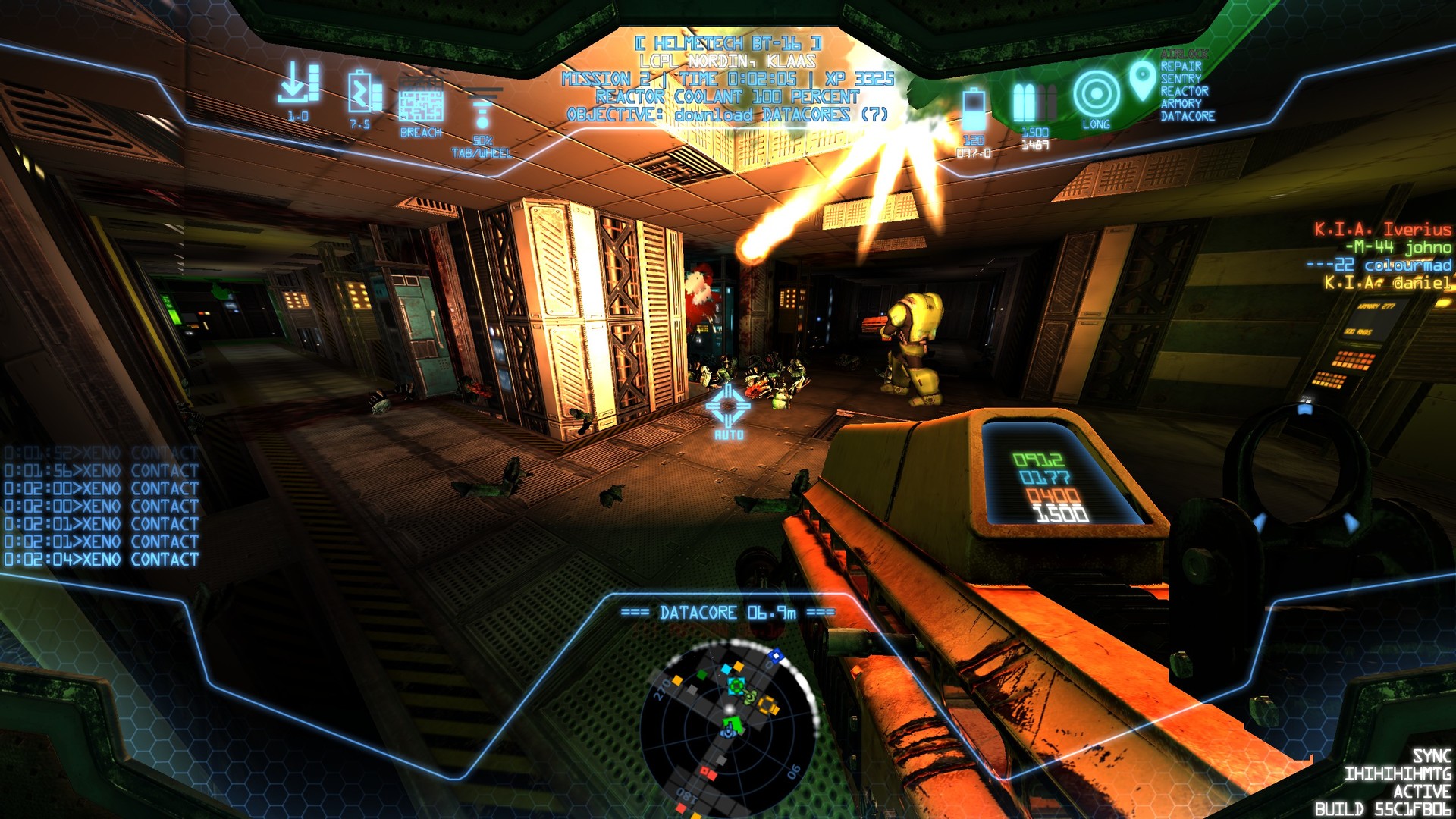 S.B.T.F. is a very hard arcade-style / rogue-like / perma-death first person shooter. You play as Marines who must brave dark, claustrophobic and terrifyingly intense Space Beast infested spacecraft in order to extract critical data and lucrative upgrades. Can you make it out alive?

The game revolves around the concept of a procedurally generated maze-like spacecraft which is unique each time, within which the Marines must search out DataCores to be downloaded. The spacecraft are infested with Beasts that are extremely lethal, and the Marines must brave these dark and hostile environments in order to complete the objective of retrieving all critical data and ultimately setting the Reactor core to overload.

Aside from either all purpose automatic Rifles or powerful Shotguns, the Marines initially only have a rudimentary Tracker device that detects nearby motion as well as the distance to the nearest DataCore. The DataCores can however contain lucrative Upgrades that will empower the Marines with better ammunition, a better motion tracker, and other useful functionality that will significantly increase the chances of survival.

Key to managing the unknown spaces within each spacecraft is the intelligent use of Doors, sealing of sections behind the team in order to keep from being overwhelmed from several directions at once. Closing Doors controls the space, but they also make it harder to flee if the need should arise.

Additionally, automated Sentry robots are scattered throughout the spacecraft, and these can be activated in order to further aid in stemming the never ending tide of Space Beasts. Sentries offer a significant amount of additional firepower, and can often be the difference between life and death when the Marines are being overwhelmed. While Sentries are programmed to avoid firing when Marines stray are in their field of fire, friendly fire incidents can still happen.

Once all DataCores have been retrieved, the final objective is to disable all Reactor Coolants in order to destroy the spacecraft. Once this is done the Marines only have 90 seconds to find their way back to the Airlock for extraction before the Reactor overloads, obliterating the spacecraft and everything aboard.

Space Beast Terror Fright employs both procedural level generation as well as a procedurally arranged music scoring. Audio and visuals are all tightly synced to the action in order to deliver a super-intense combat experience that feels like an awesome action movie.

If you want to try out a demo of the game you can download a .zip file here: . This demo is our original Greenlight submission and does not represent the current state of the game, but it should give you a basic sense of what the game is about. The .zip does not contain an installer, so you might have to manually install DirectX9.0c in order to run the game. See further instructions about where you can get DirectX9.0c at the bottom of this page: .