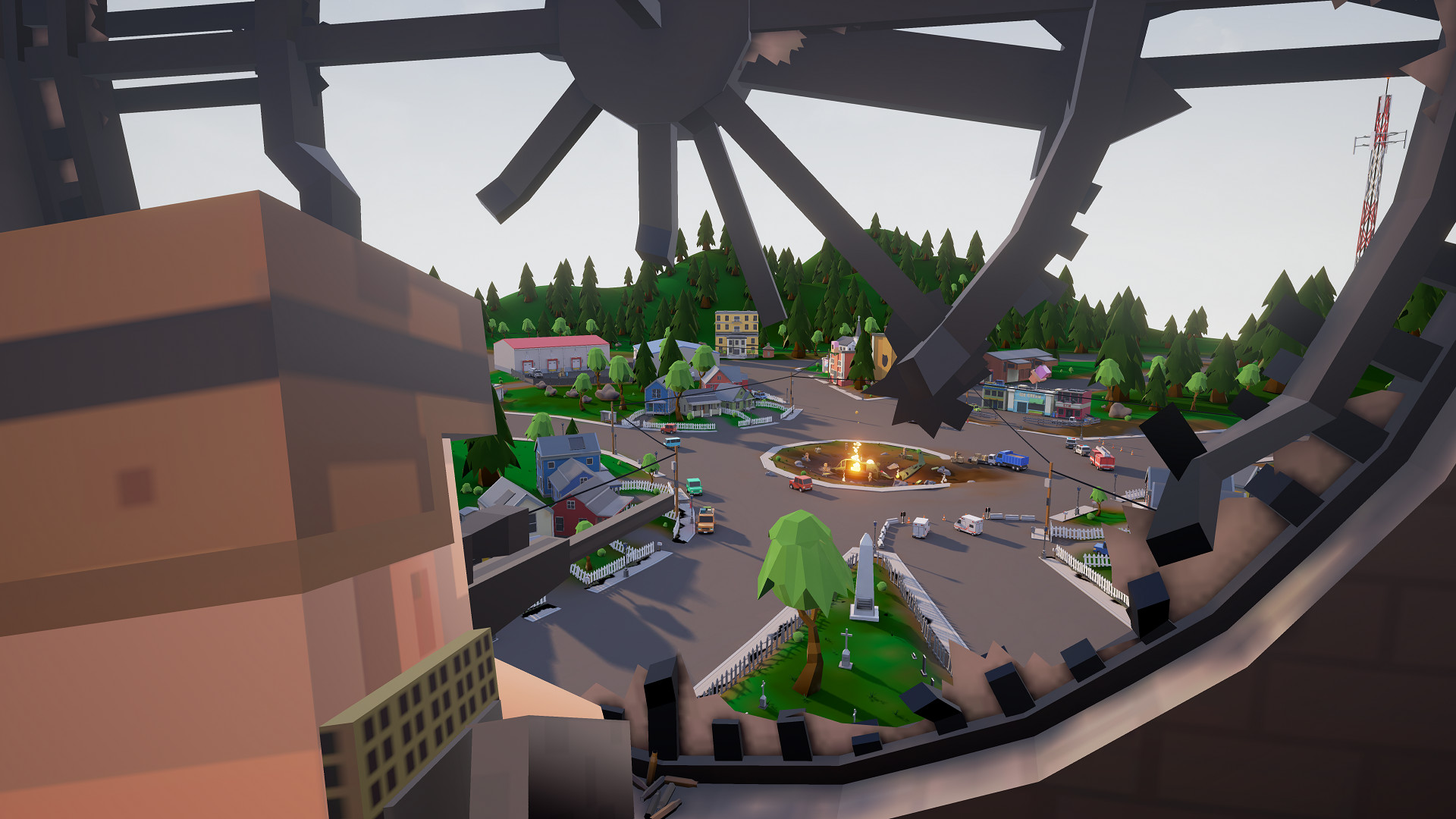 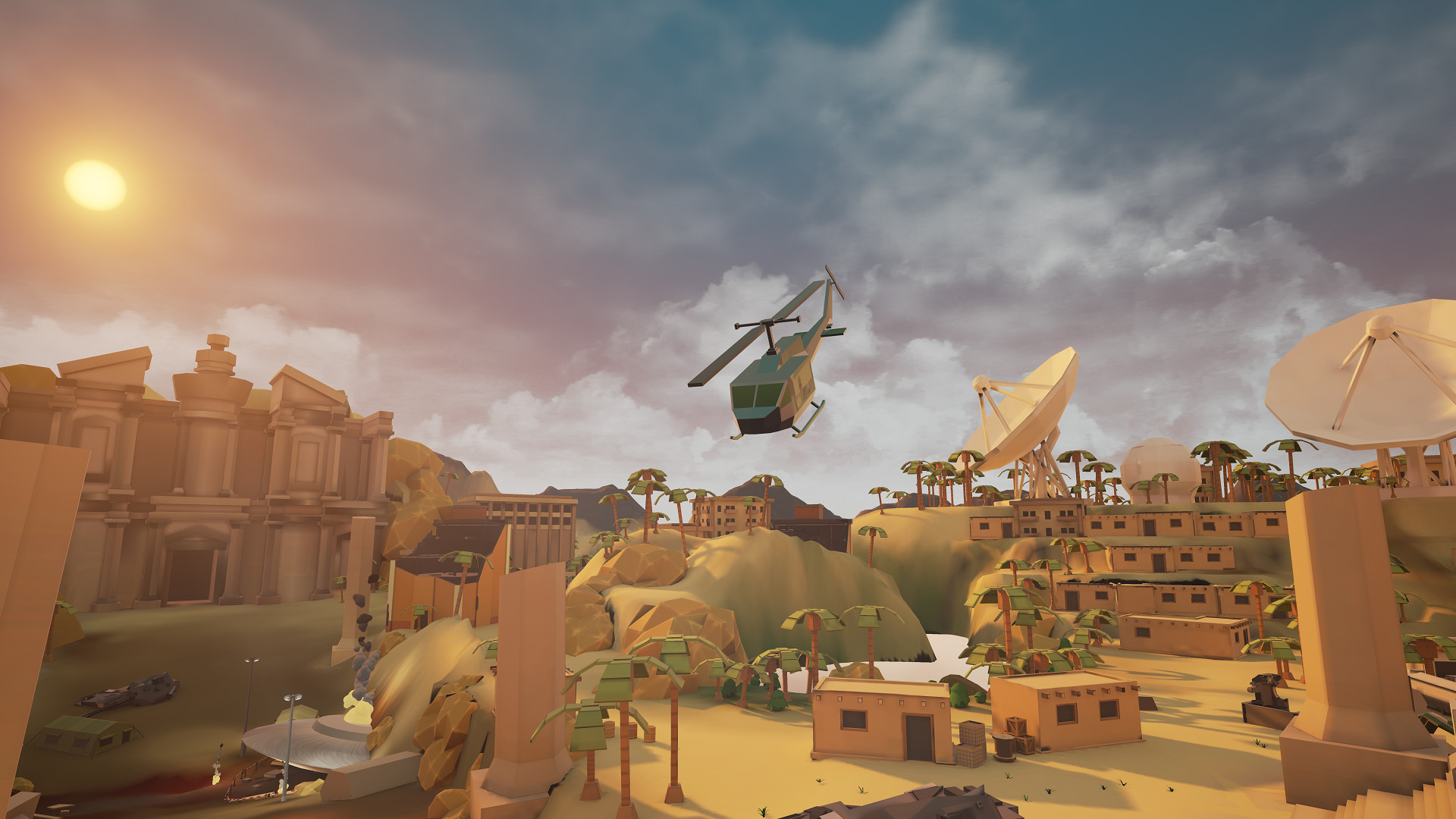 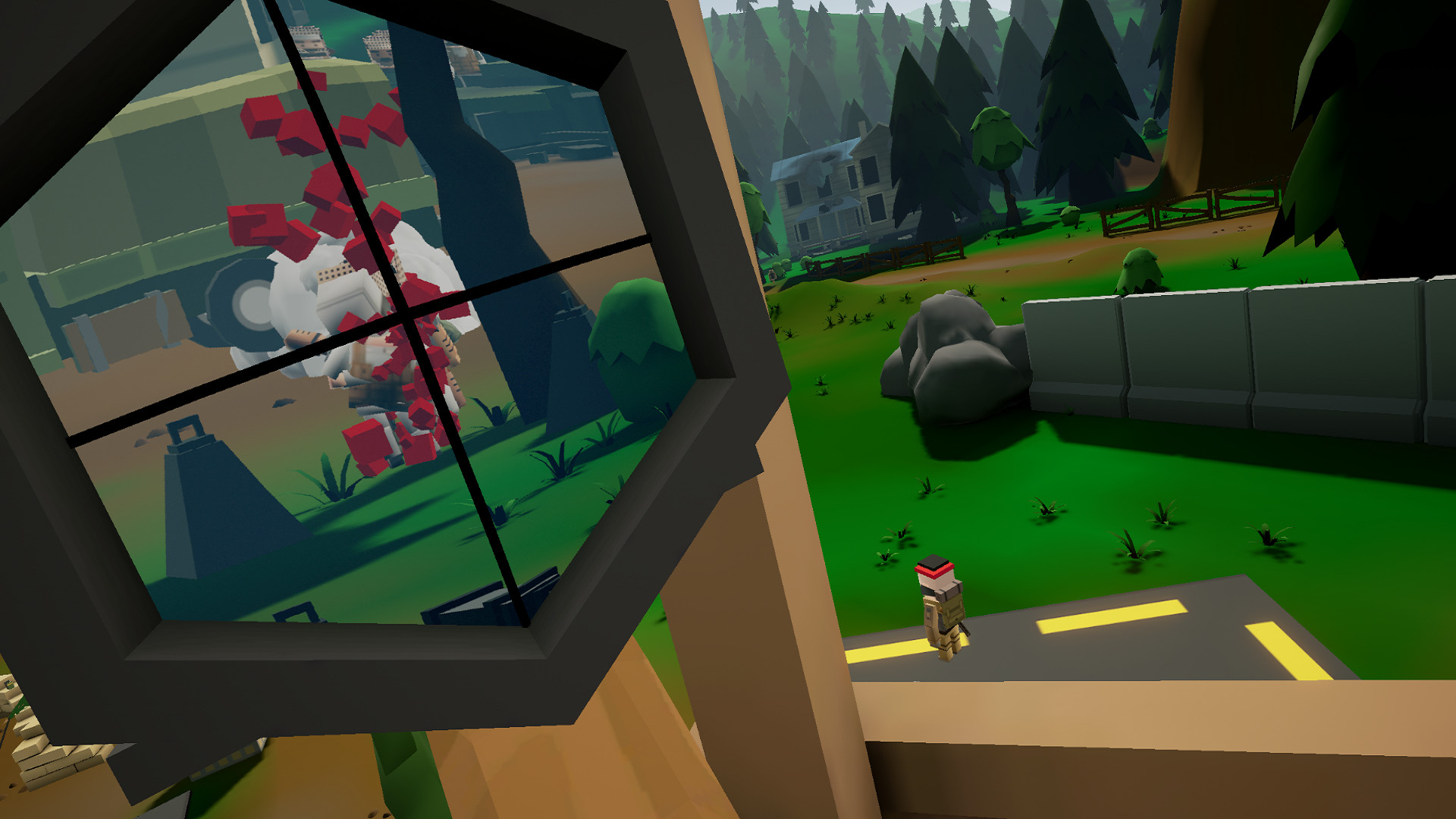 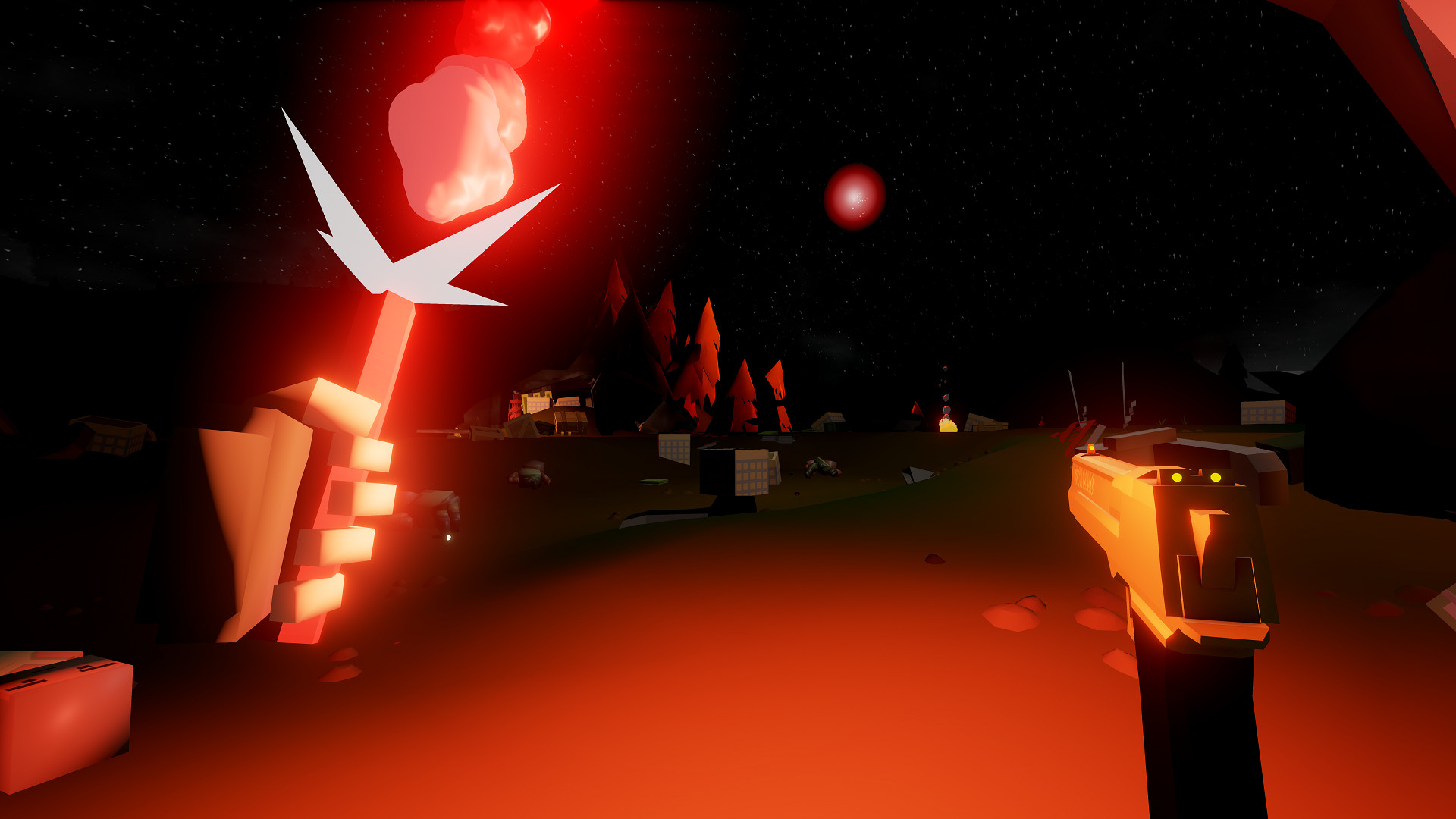 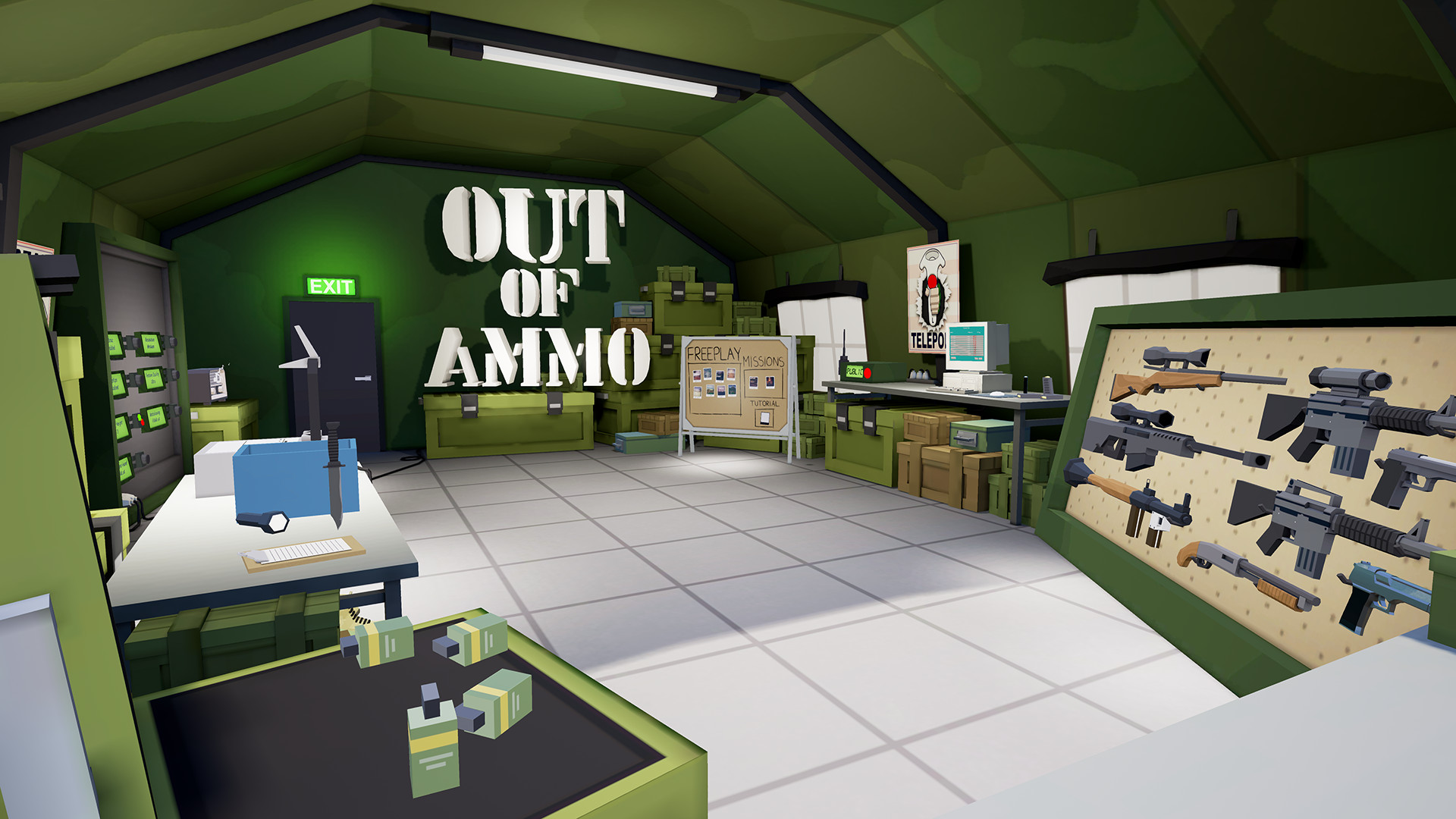 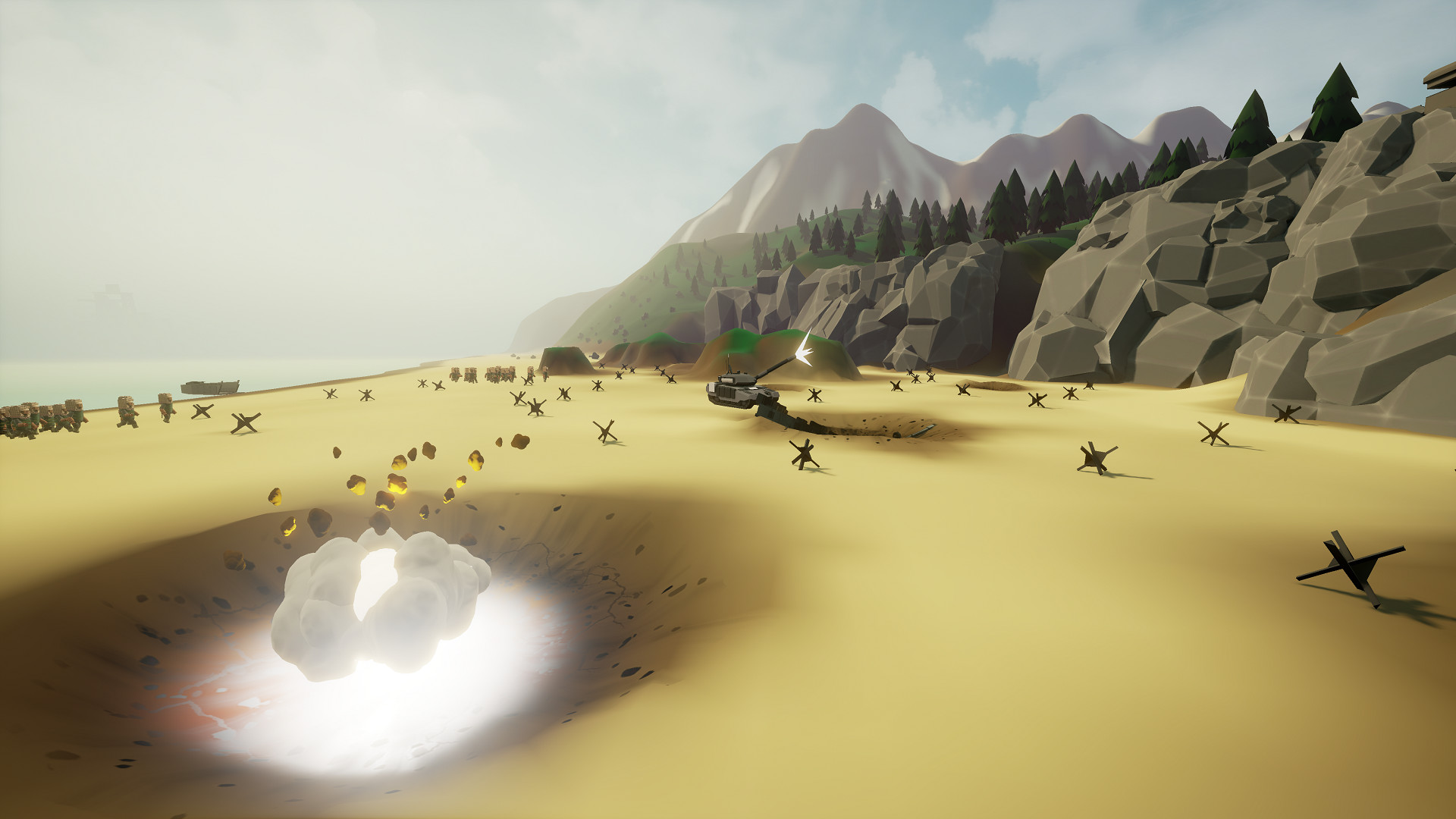 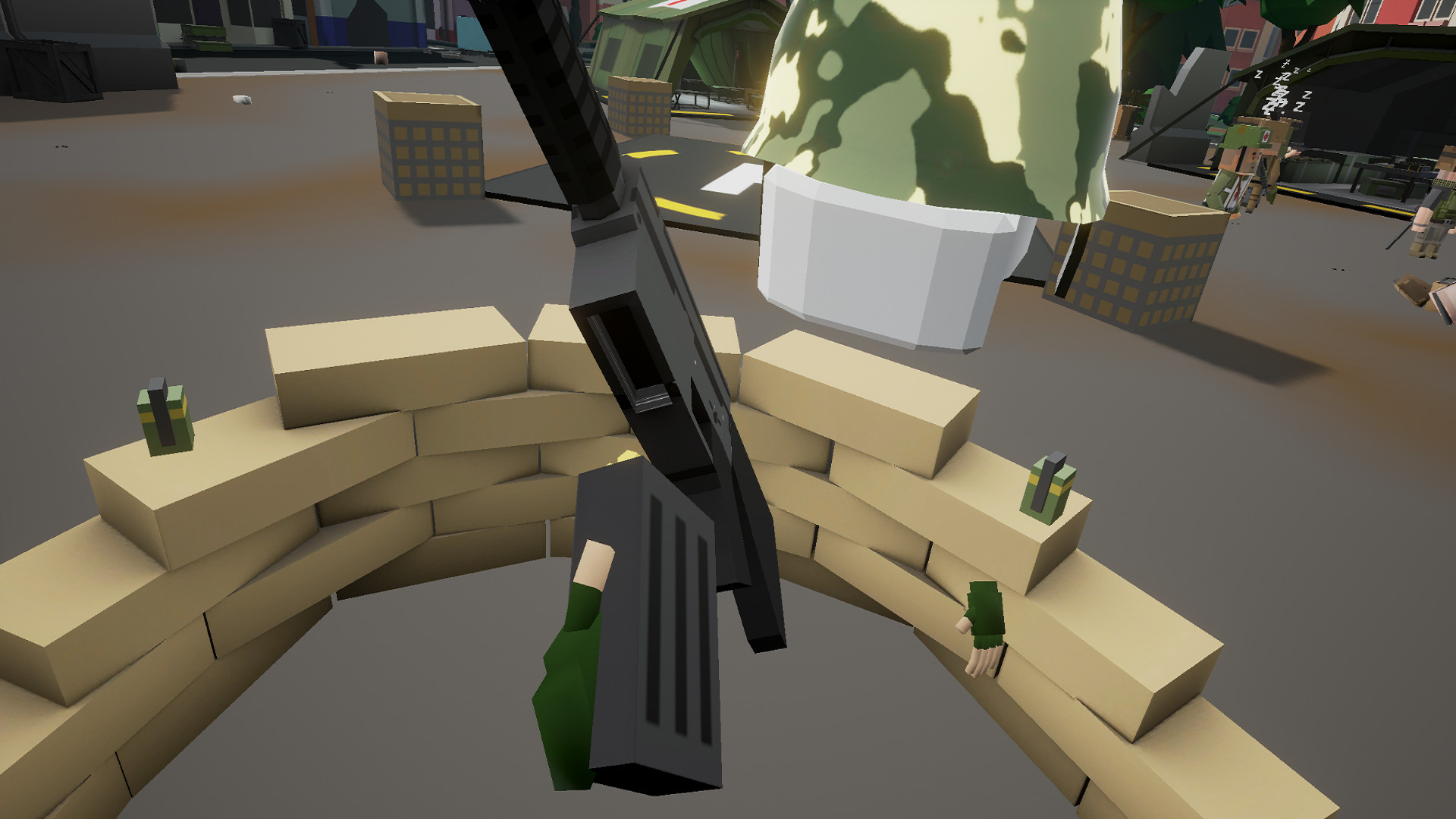 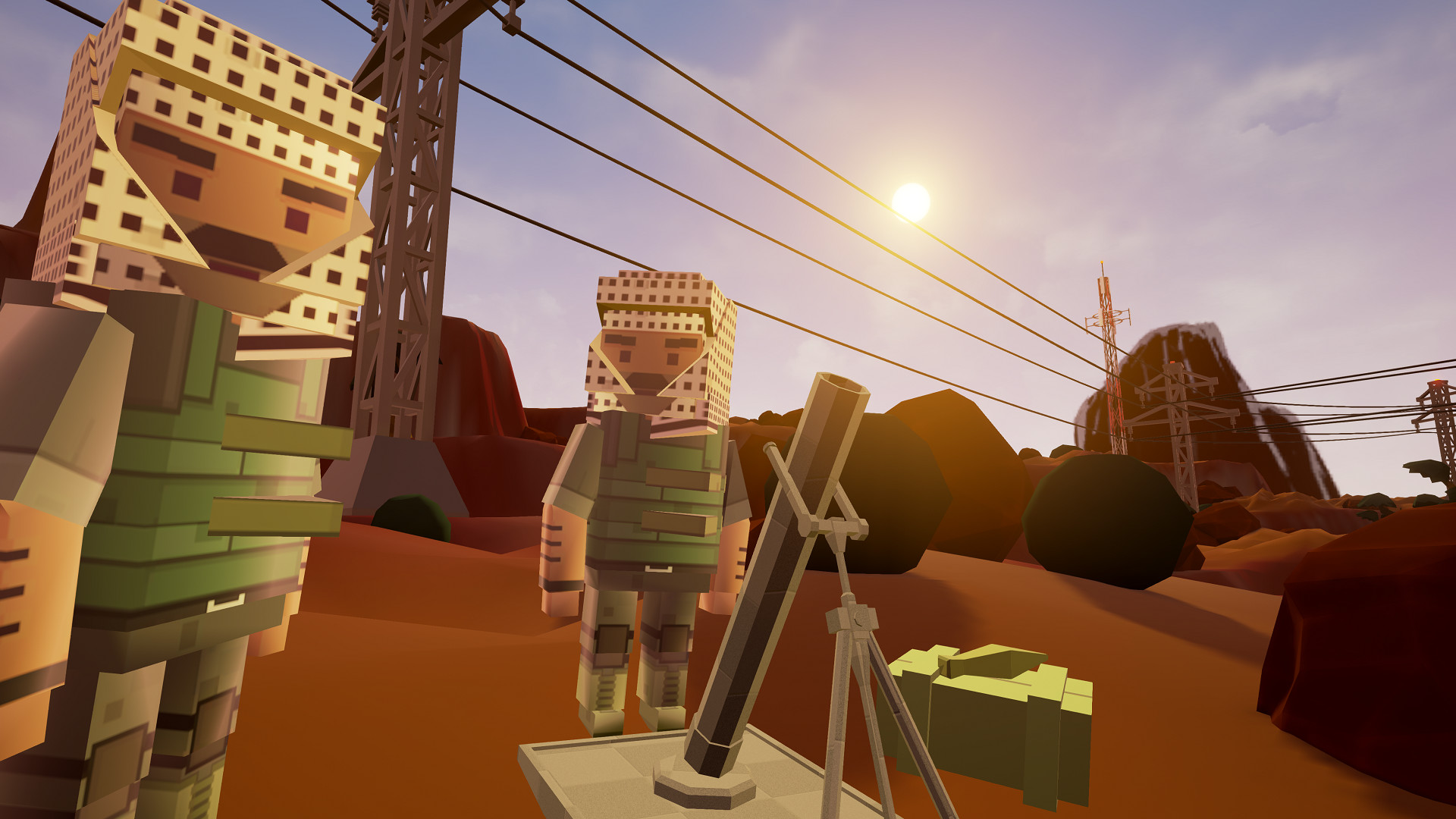 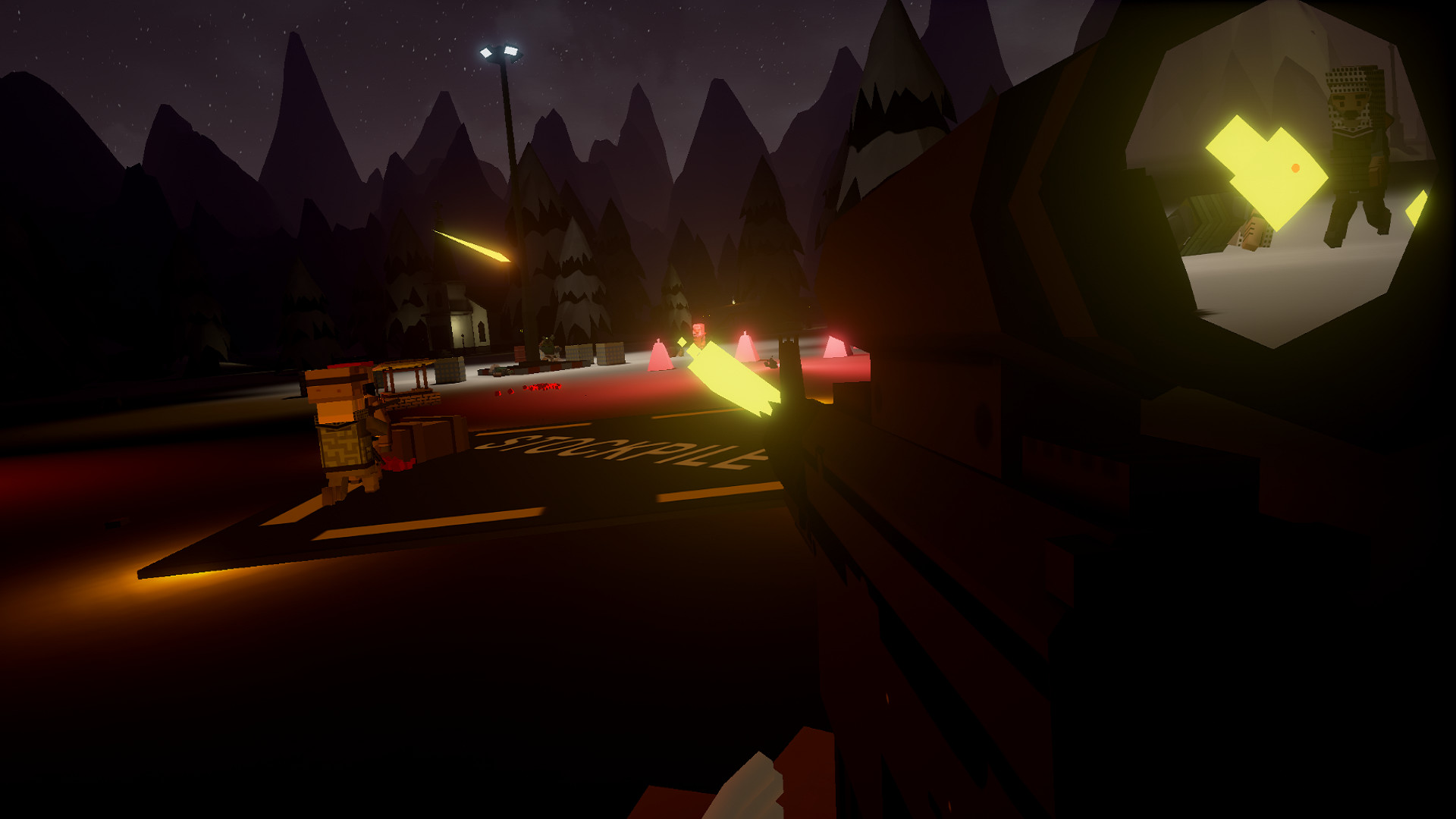 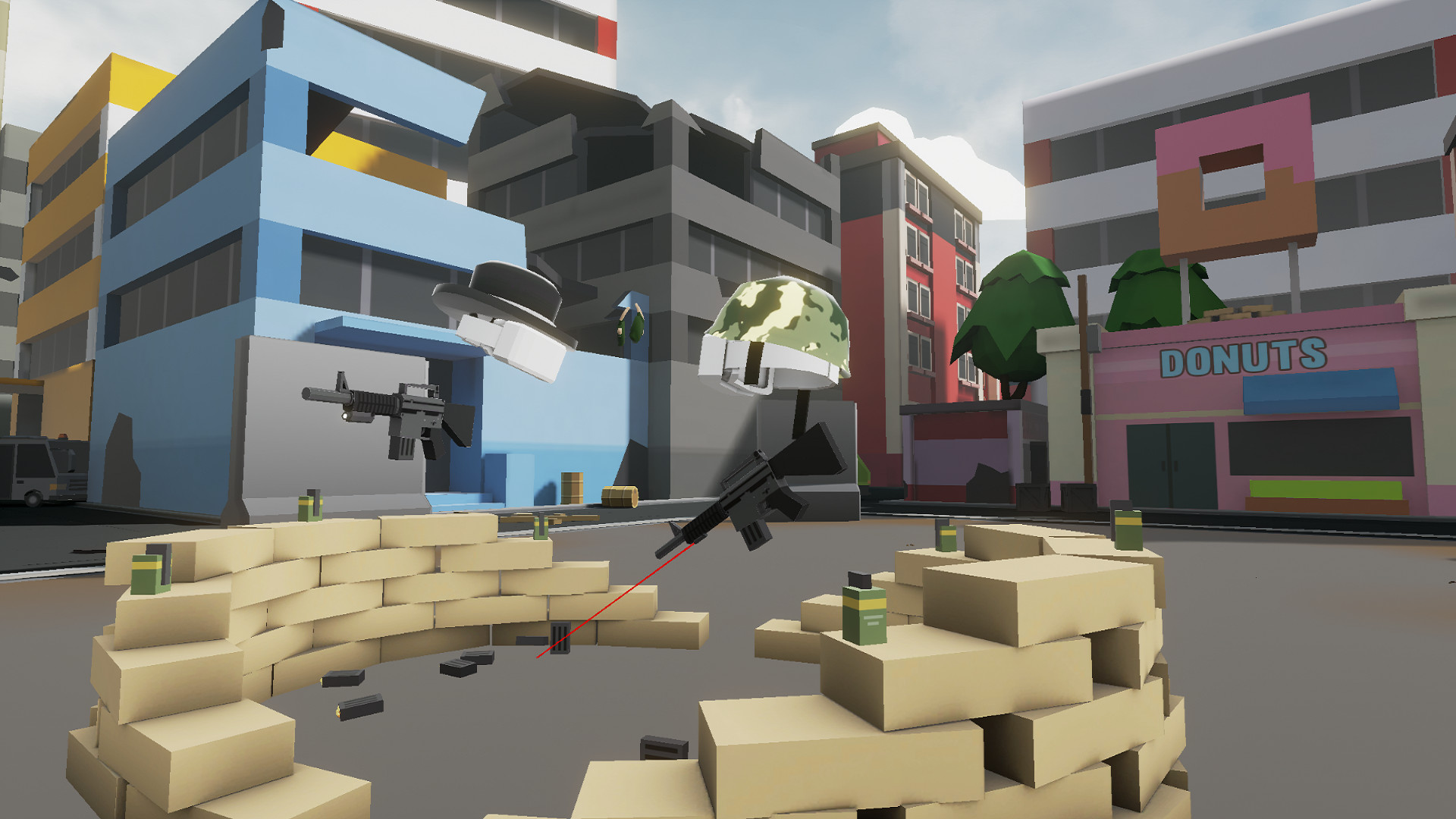 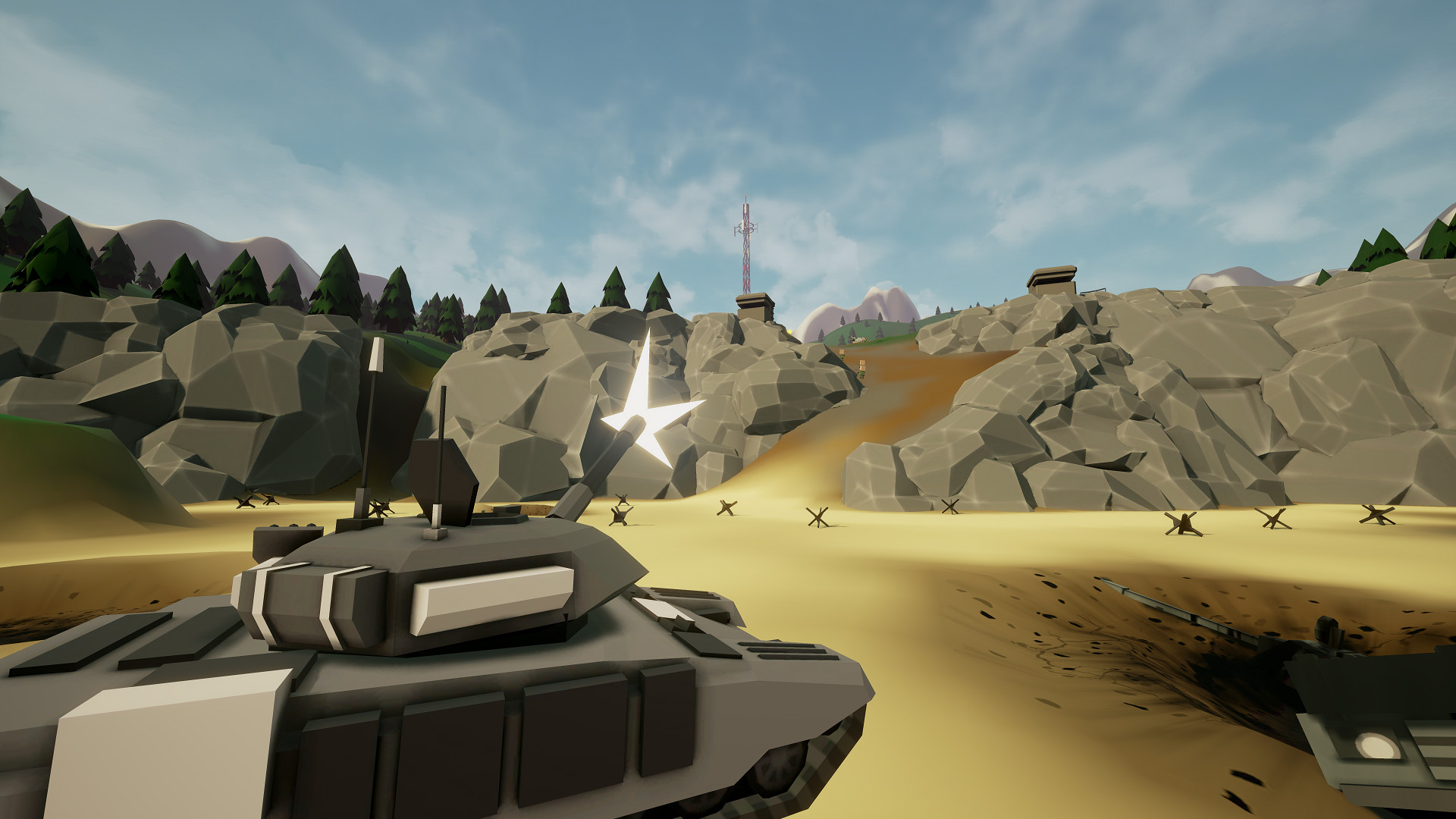 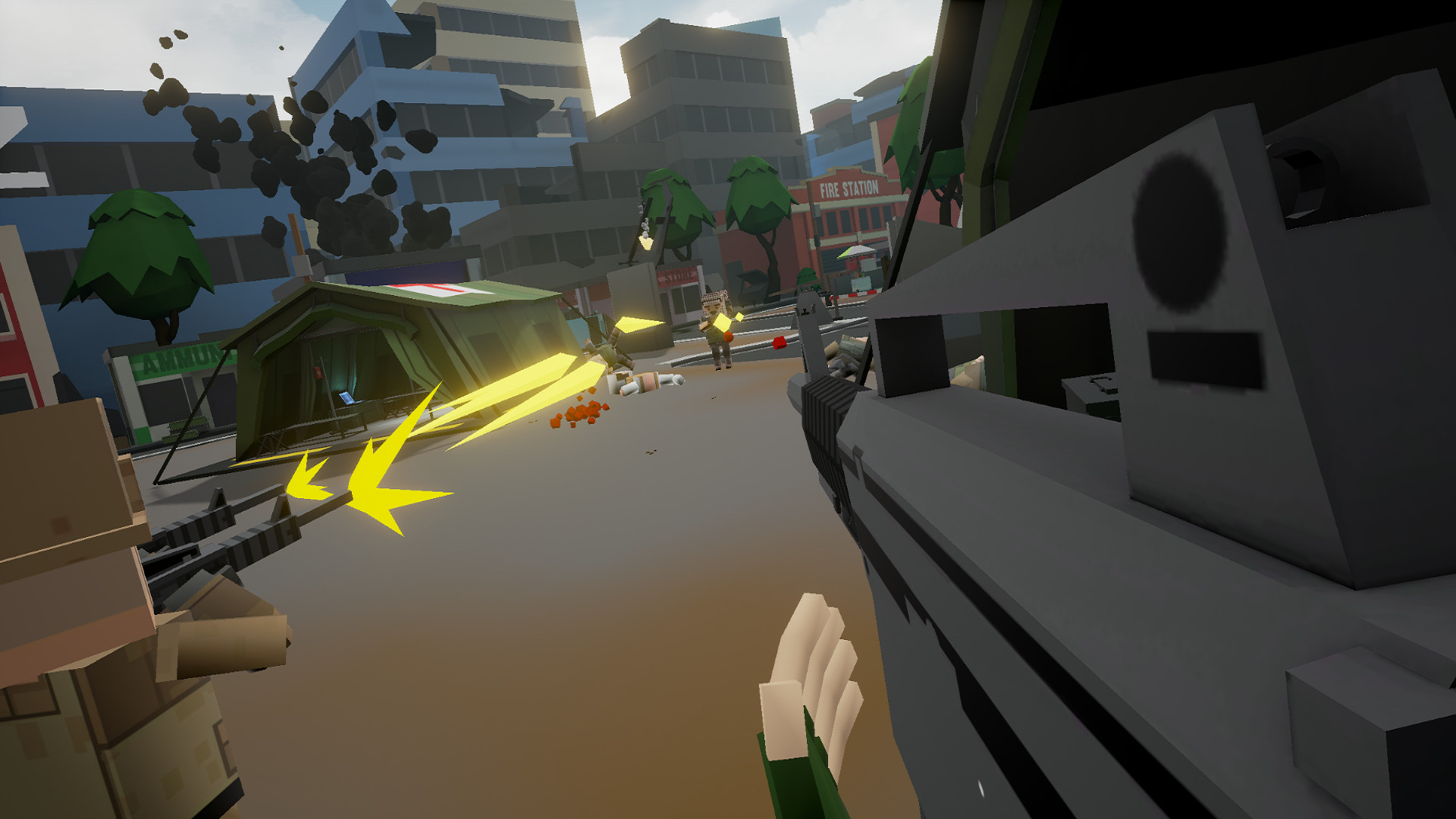 Out of Ammo is an intense virtual reality strategy game for the HTC Vive that puts you in the commander's seat against wave after wave of soldiers. Built exclusively for the HTC Vive to make use of motion tracking, the game allows you to move around the battlefield to build defenses and issue orders. You can even directly possess your units to directly engage the enemy making use of cover and preparing your magazines carefully so you don't.... run out of ammo!

Unlock the potential of your HTC Vive

Out of Ammo has been designed exclusively around room-scale. Possessing your units allows you to utilize the full capability and power of the positional tracking; take cover behind sandbags, lean over a tower railing, or duck behind your sandbags and grab a grenade to throw as a last resort! Full physics applied to game objects further enhances your experience allowing you to position your magazines in the space around you ready for when you need to reload.

Command the defense of an area in the endless enemy spawning mode that the game released with. You defend an area against a never-ending wave of enemies of all kinds. Includes enemy tanks, snipers, and even enemy mortar teams who shell your base.

Played entirely in first person you are a sniper providing overwatch for a downed helicopter. Protect the evacuees from your position inside a clock tower. You can teleport around the tower and have multiple weapons to utilize, as well as a UAV providing a view of the battlefield. You succeed once all evacuees make it out alive.

You crash land in hostile terrain. Played entirely in first person you must scavenge for ammo by teleporting around. Use flares and torches to highlight inbound enemies. Survive until rescue arrives!

A small base perched in a clearing at the bottom of a valley. Backed by a river the location offers good cover from the rear. All the facilities are centrally located making it reasonably easy for the talented commander to defend.

A very tight open space in the city serves as a base for local operations. You won't have much warning for the enemies approach, but they will also have fewer routes in to your location. Additionally, the high-rise buildings that surround you offer excellent over-watch for enemy snipers. Beware of their red IR beams that indicate they are sighting your troops!

Out in the open fields of the desert you have excellent vision of enemy incoming from all directions. However, if you can see them they can see you. Here you can, and often will, be attacked from all directions. Choose your defensive locations carefully and be prepared to recommit forces quickly in order to maintain this position. A real challenge for any commander.

Set high in the mountains at twilight, battle against an enemy in difficult conditions. Visibility is hard due to the falling light and your vision of enemies is hampered by the nearby forest. Some lights exist in the compound and your soldiers have set fires nearby the camp to try and help highlight incoming enemy.

A wide area in a key harbor need defense against the enemy. You have a huge area in which to build your base, but sight lines up to your perimeter are tight. Beware of enemy snipers from across the water. An excellent environment for those with large play areas, but still enjoyable for those with not much room.

Situated high on a beach-head, defend your well fortified base from the onslaught of enemy arriving by boat. Beware also of enemy special forces flanking you on land or taking sniping positions above. You have two pillboxes on the beach you can station soldiers in to help curb the frantic pace of beach assault!

Is the truth really out there? You won't have time to know while you're fighting enemies from nearly every direction surrounded by radio telescopes! Your base location is backed into a wall so at least one direction of attack is safe... or is it?